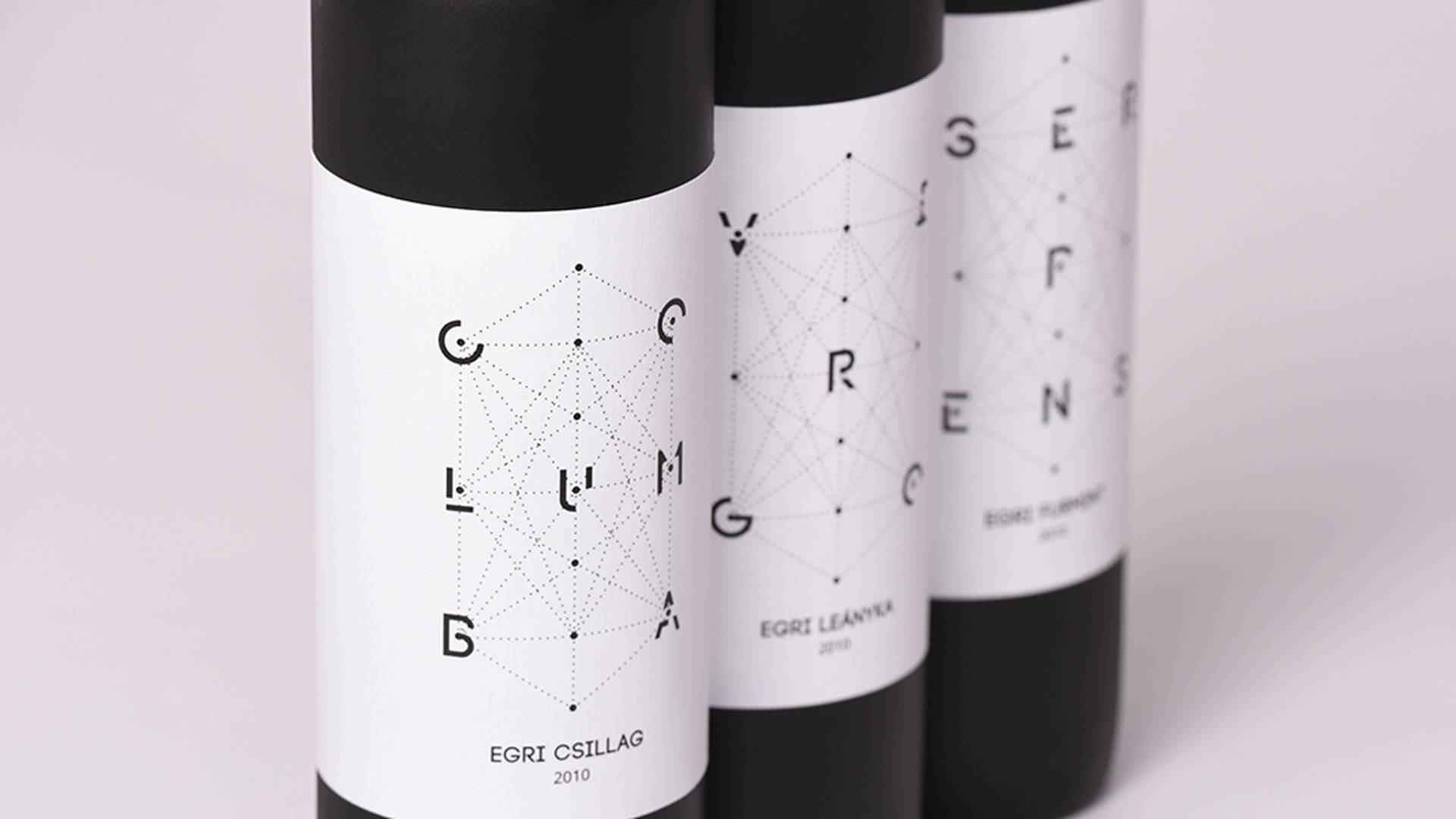 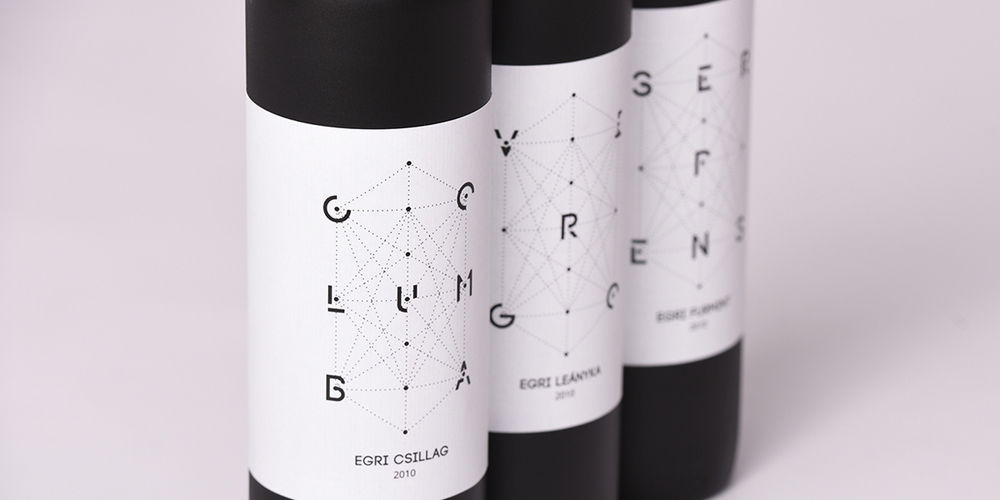 A black and white color palette for a range of red and white wines. The student work of Geri Osgyán for the fictional CSILLAG Winery is strikingly modern in the art direction but has a deeper concept behind the brand story. Inspired by the Mayan Interdimensional Star Map, the geometry of constellations and the cosmic history of our universe. Try drinking a bottle of wine and then jumping into these topics. 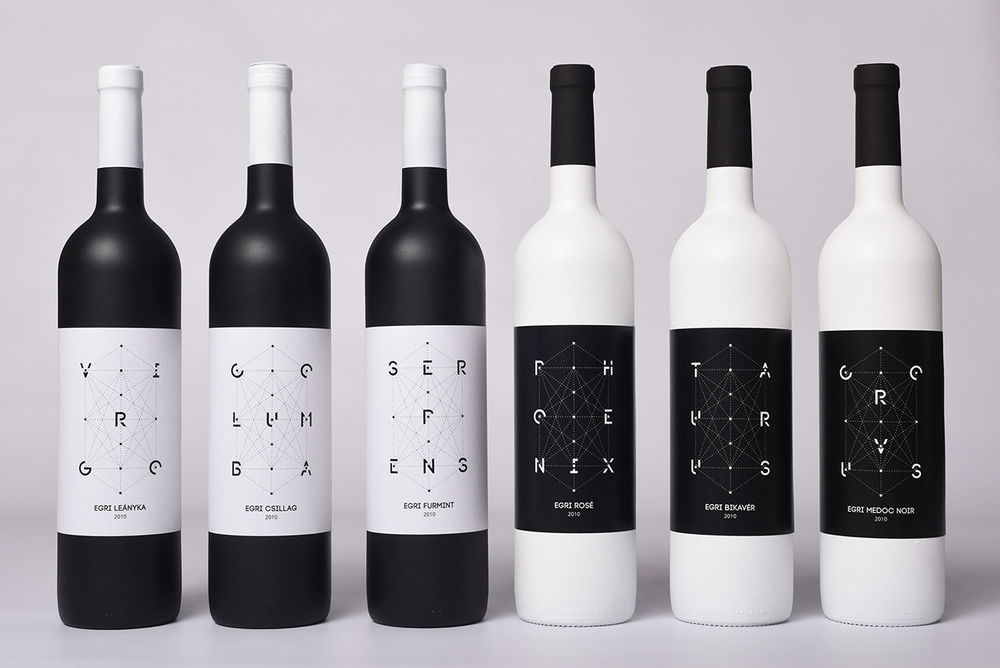 For this project, Geri Osgyán created a foundation of line work mirroring the patterning of the Mayan Interdimensional Star Map and then designed all elements keeping within this grid. Each wine is named after a constellation, with each letter of that name set perfectly into the framework. Take a look, you can see Virgo and Taurus featured in there. 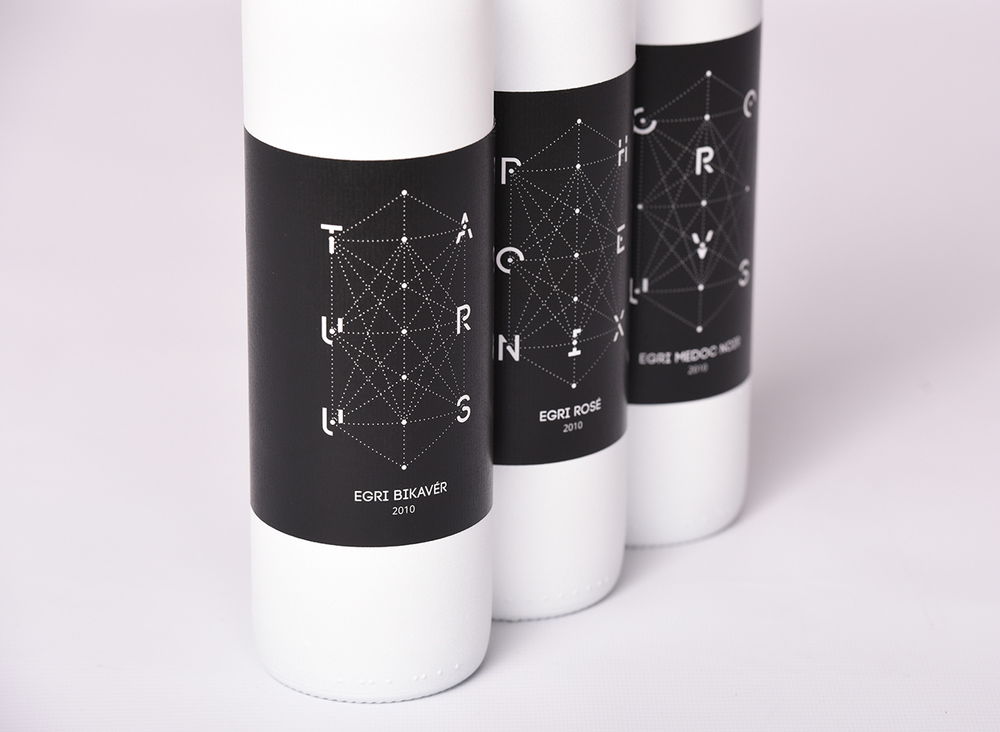 Geri also created a custom, deconstructed version of the Code Bold font to be used for the logo type and wine names. Renamed “Code Space” I can only describe its style as “planetary.” The stand alone brand mark incorporates each of the main design elements into a simple icon. The geometric grid, the Code Space letter “C” and the circular points used to map out constellations.Can you believe I’m using these words to describe a wine logo? Geometric, intricate and clean – those are design words. Constellations, cosmic history and interdimensional – these are the words that make the CSILLAG Winery concept unique. 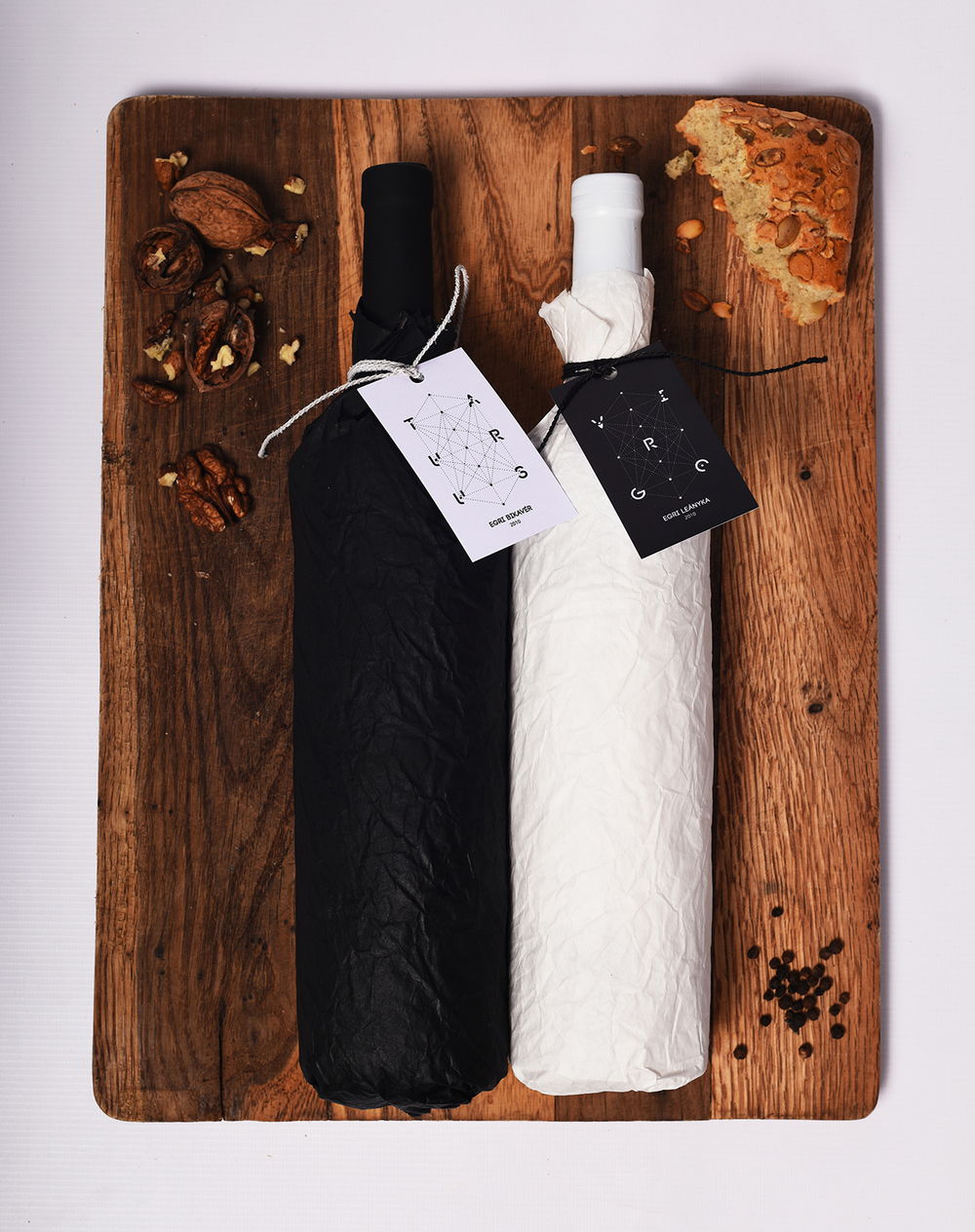 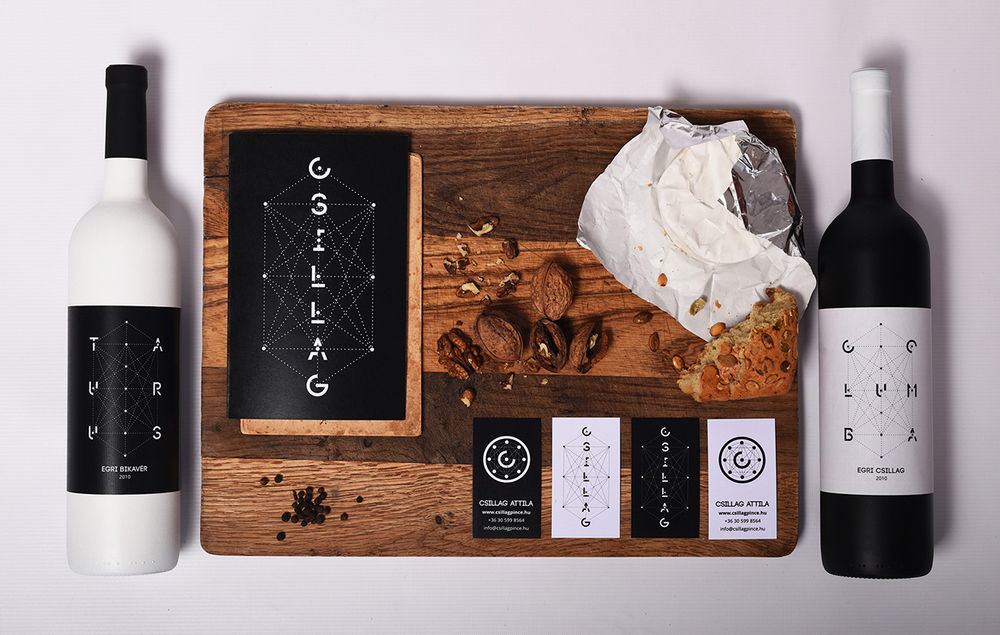