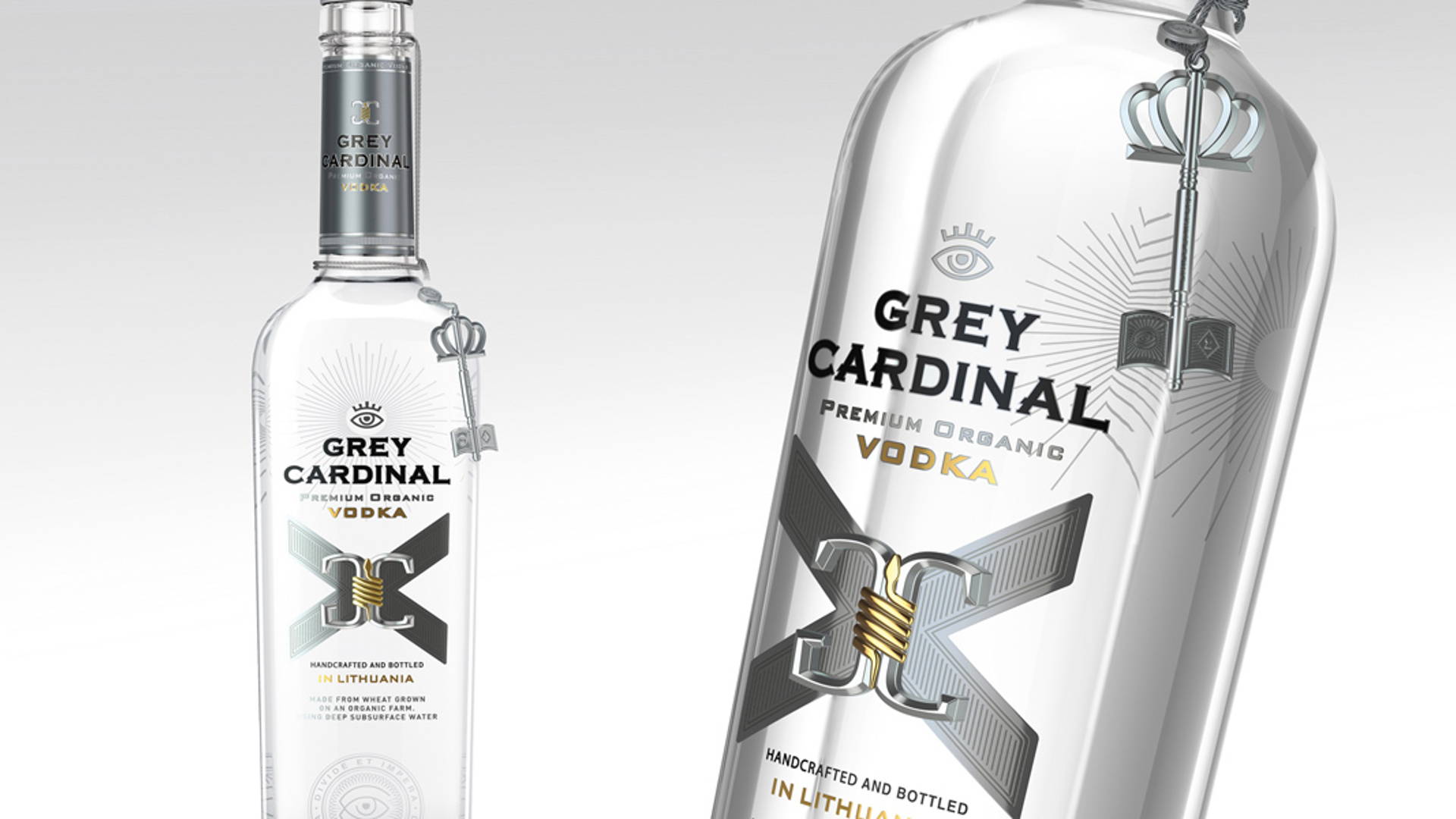 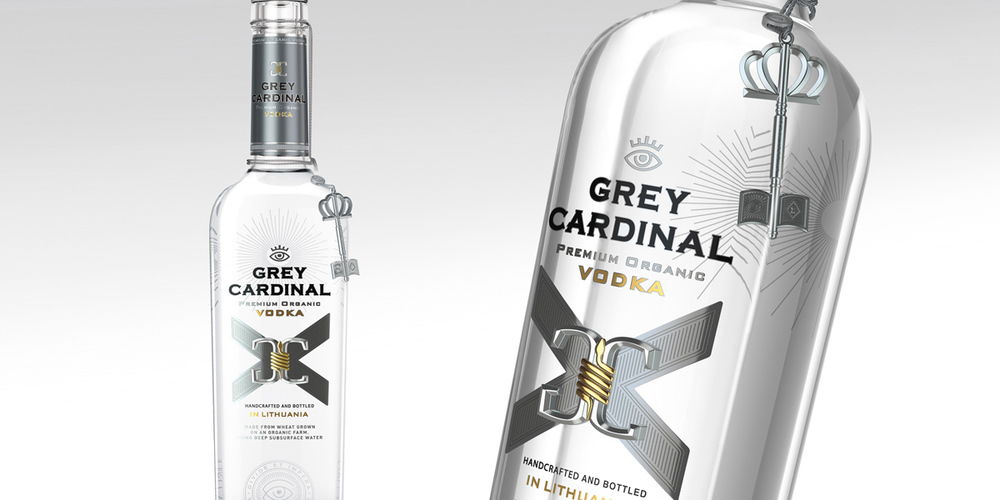 Quite an elegant and stately bottle of vodka, don’t you agree? The design team at STUDIOIN in Moscow has really delivered something special when they created the brand and packaging design for Grey Cardinal Vodka. Just released this year, the organic vodka doesn’t just look award winning, but actually has already been awarded a Grand-Prix at the ProdExpo 2015. “GREY CARDINAL Vodka an original organic spirit, delivered from the Island of Sicily. The product is bottled in the oldest factory of Lithuania, famous for its combination of traditional methods and advanced technologies.” 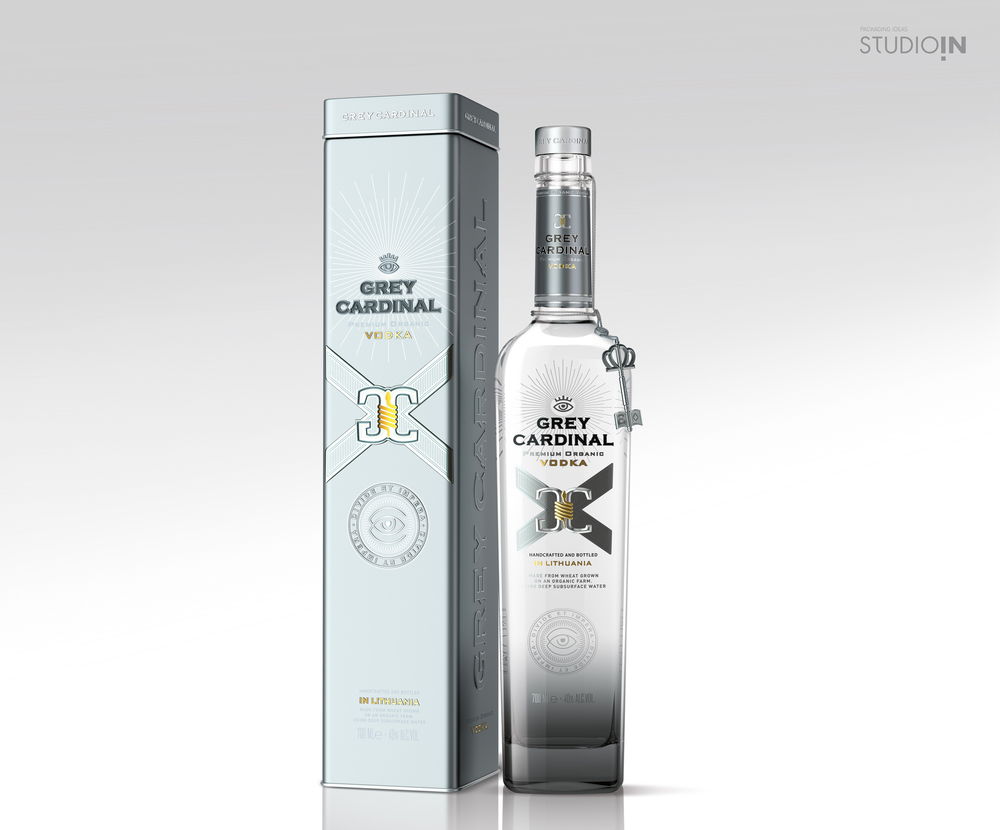 The vodka bottle is tallandthin, and comes housed in a matching silver tin which adds an extra level of exclusivity to the product. The color palette is almost completely silvers and greys with small pops of gold, which highlight the alcohol type and where it was distilled. A large grey cross is placed front and center on the bottle, a design decision STUDIOIN made to draw in the consumer’s attention and “stick their eyes to the product.”“We put emphasis on a strict design and laconic heraldic symbols to reinforce the brand equity.”The overall design of the bottle of GREY CARDINAL vodka is very exacting, which is a hard balancing act when there are also a variety of decorative elements incorporated into the art. An ornamental key hangs from the neck of the bottle and heraldic symbols are placed throughout. STUDIOIN has used a light color treatment for these details and it successfully adds a bit of texture to the sleek design. Really strong art direction for a really strong vodka that's going to be a stand out in the market. 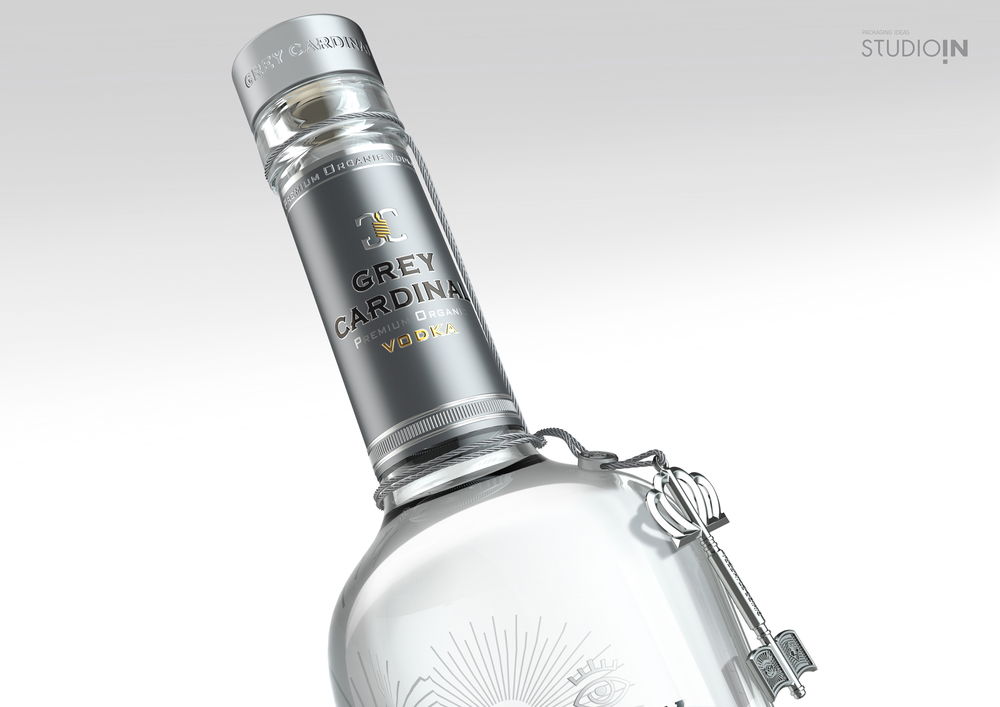