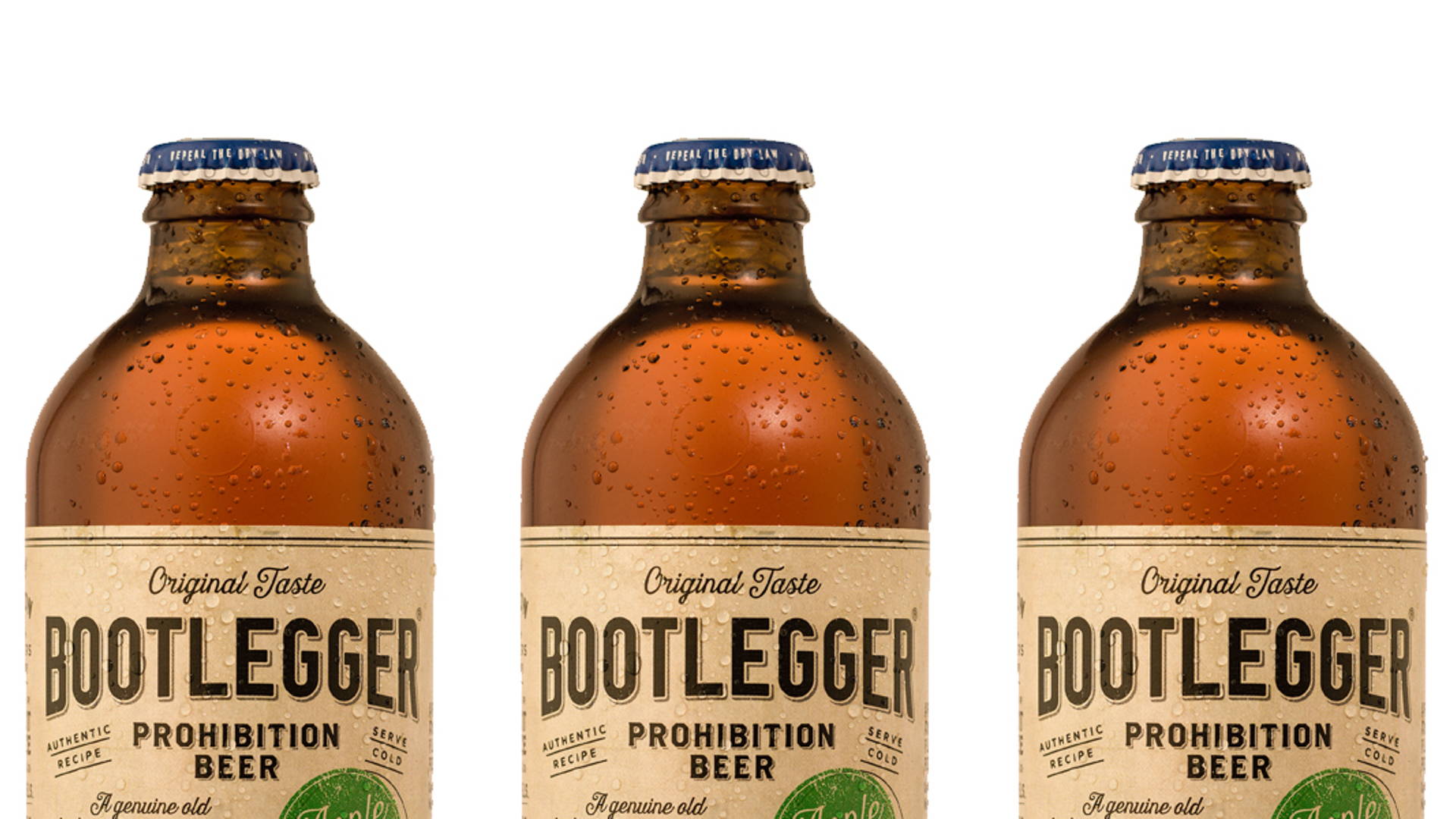 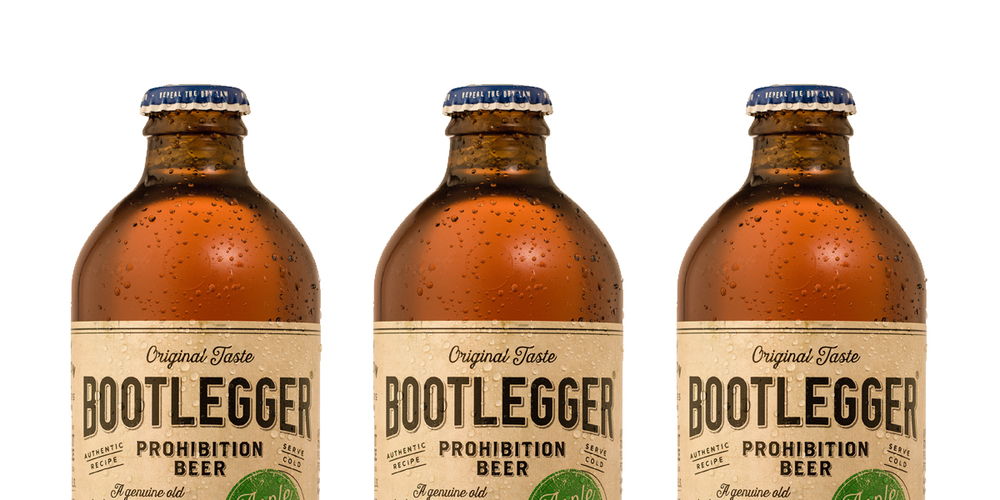 The history of prohibition is fascinating and the stories of that time continue to captivate our attention. A time of lawless rebels running the show. Inspired by the mystique surrounding the era, the independent drinks company Halewood International created Bootlegger Apple Brew. Bootlegger Apple Brew isn’t a traditional cider you might think of when you first hear its name. It is an old fashioned apple beer that’s flavoured with (here comes the unique part) White Grain Spirit! Back during the Prohibition era the Moonshiners used fruit to sweeten their raw booze. Halewood International has turned that concept around and is now adding spirits to a fruit beer. 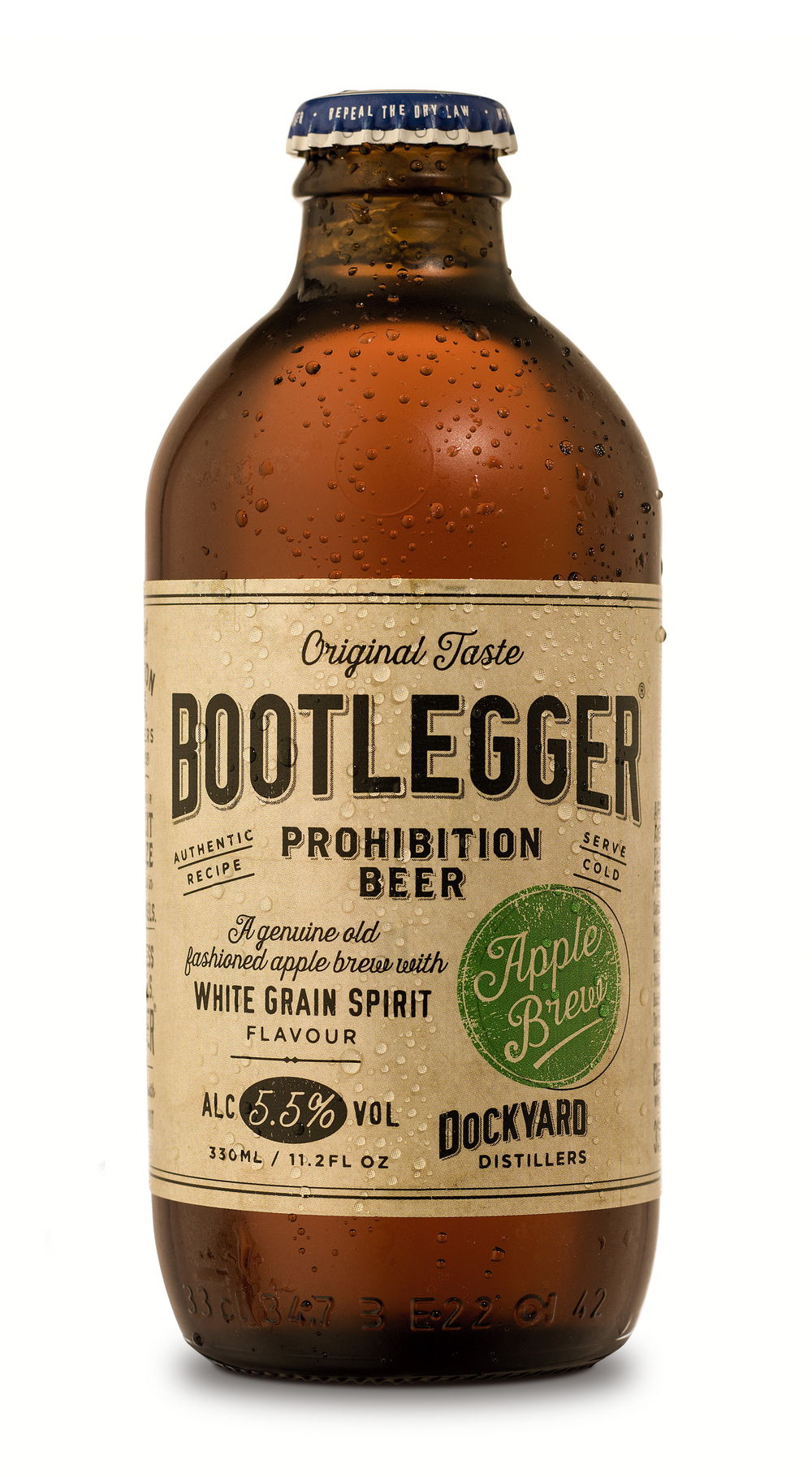 The first thing that strikes me is the stubby brown bottles it’s packaged in. I love it! A great way to stand out within the spirit beer category, while also giving a masculine, no frills shape to the bottle. The label art is a detailed and successful typographic solution. Halewood International has done a great job pairing the variety of font weights and styles together without turning the label into a messy font salad. 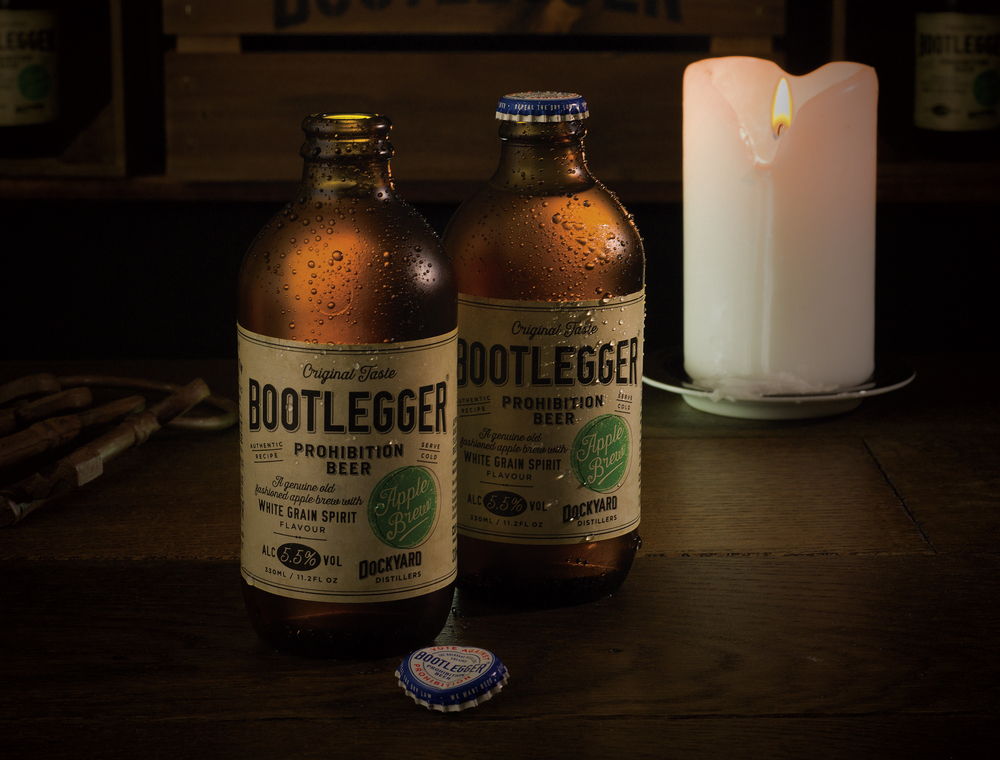 “The packaging is inspired by American Prohibition and vintage drink labels and has a raw, hand made feel, featuring simple black typography on an old paper background. The variant is communicated using a green stamp which adds a pop of colour and reflects the apple flavour.” 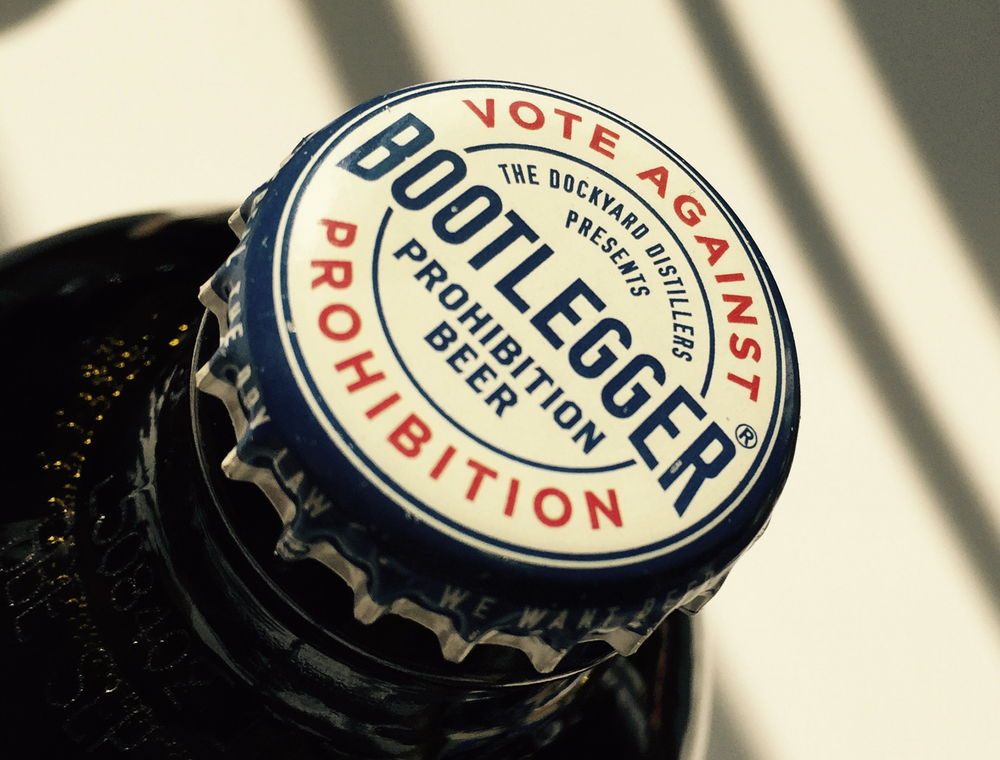 I have to say, my favorite design element of the Bootlegger Apple Brew is the bottle cap which was inspired by the anti-Prohibition badges being worn by the teetotalers of the era. Red, white and blue to show your patriotism as an American who follows the government’s law to NOT drink booze. 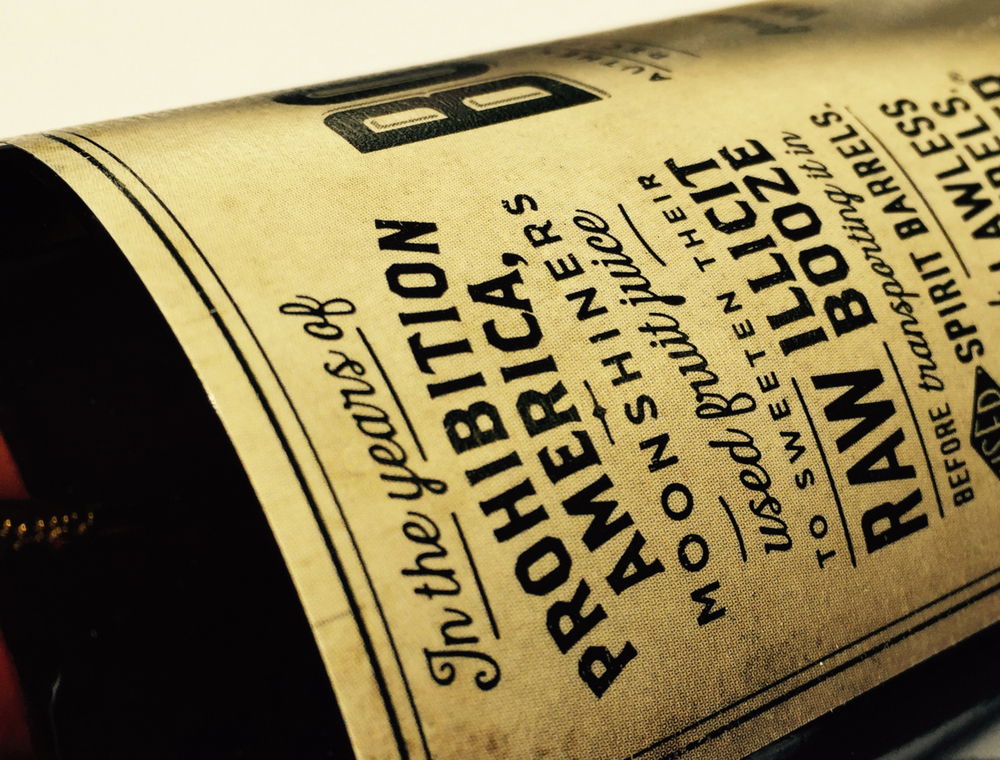