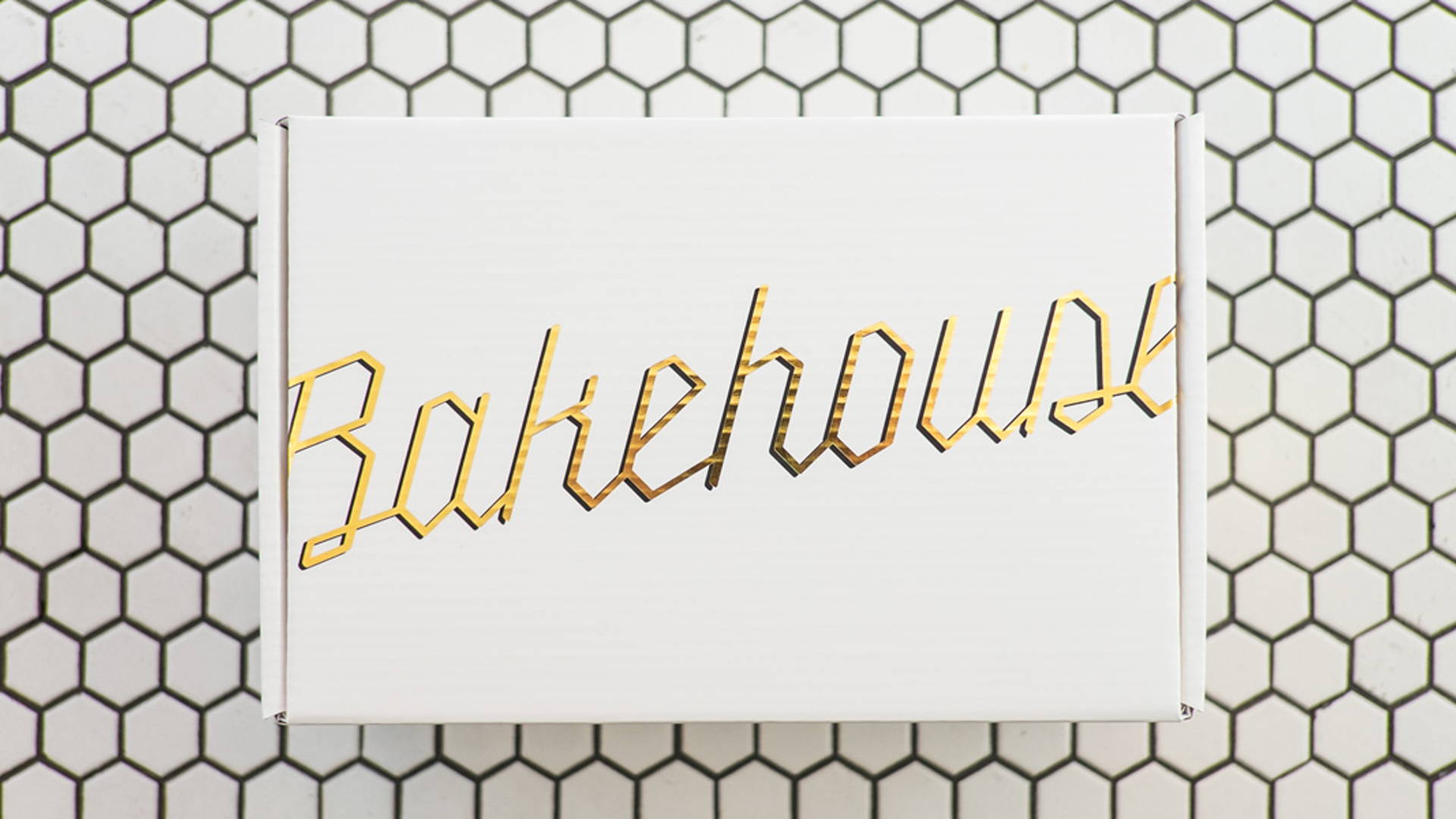 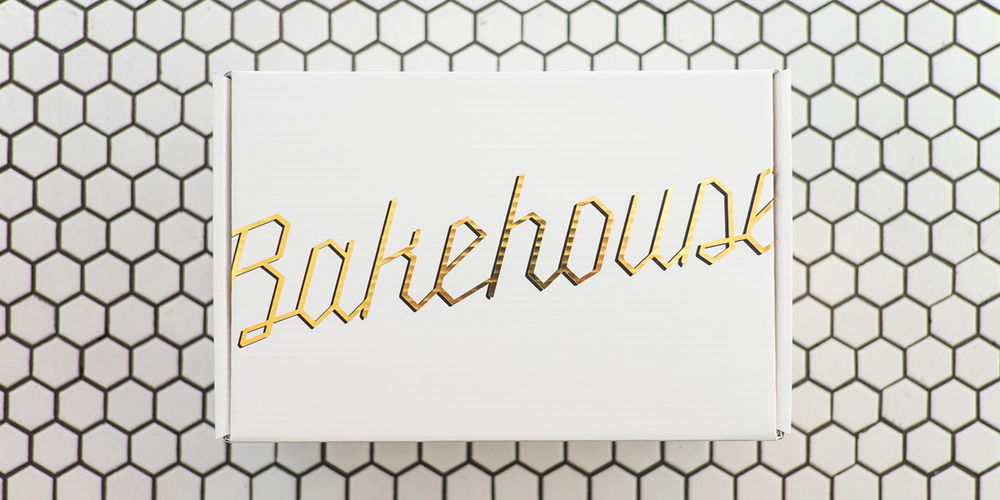 Designed by Aron Tzimas, this bakehouse box contains some of the best sweet treats of San Francisco. A Mr Holmes original white box transcribed with gold scripted type on one side and a peace sign on the other.

"Mr Holmes Bakehouse Identity, Interior & Packaging was designed by Co-Owner Aron Tzimas. For the baked goods box, the idea was simple: make everyone who bought or received baked goods from Mr Holmes feel special. We wanted our packaging to represent the quality that was inside. Too often you see bakeries just stamp a plain craft paper box, and even though we know this was the (much) more expensive option, we knew that we wanted it to feel like you were receiving a birthday present." 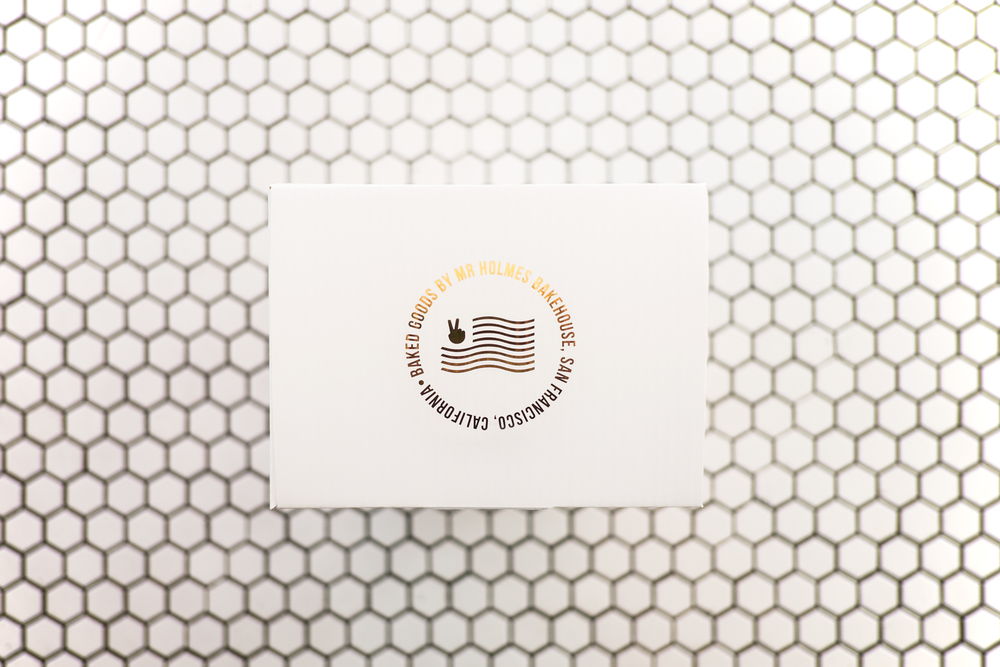 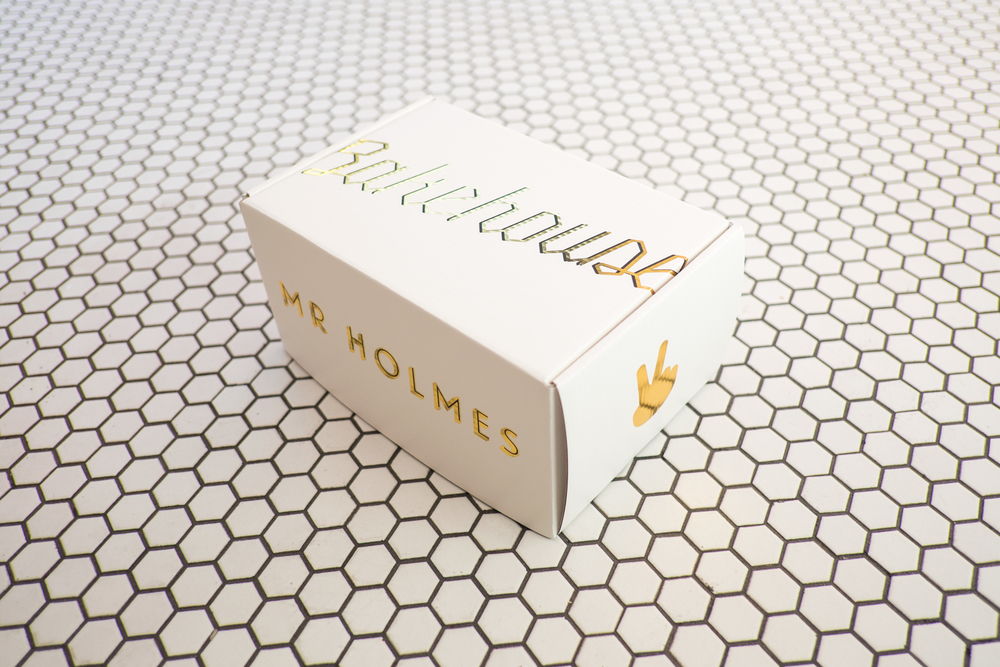 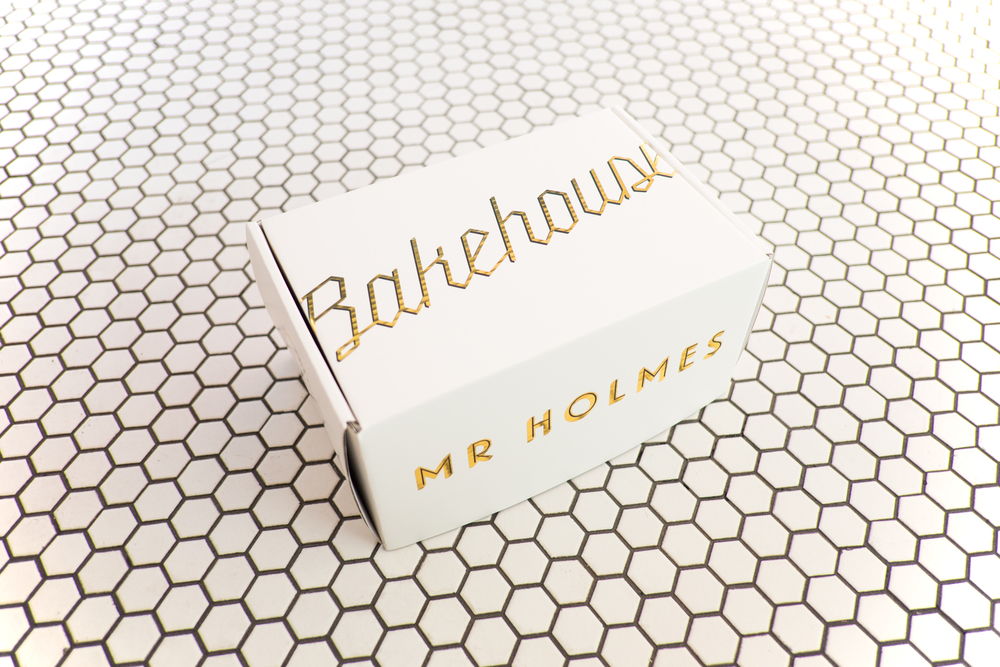 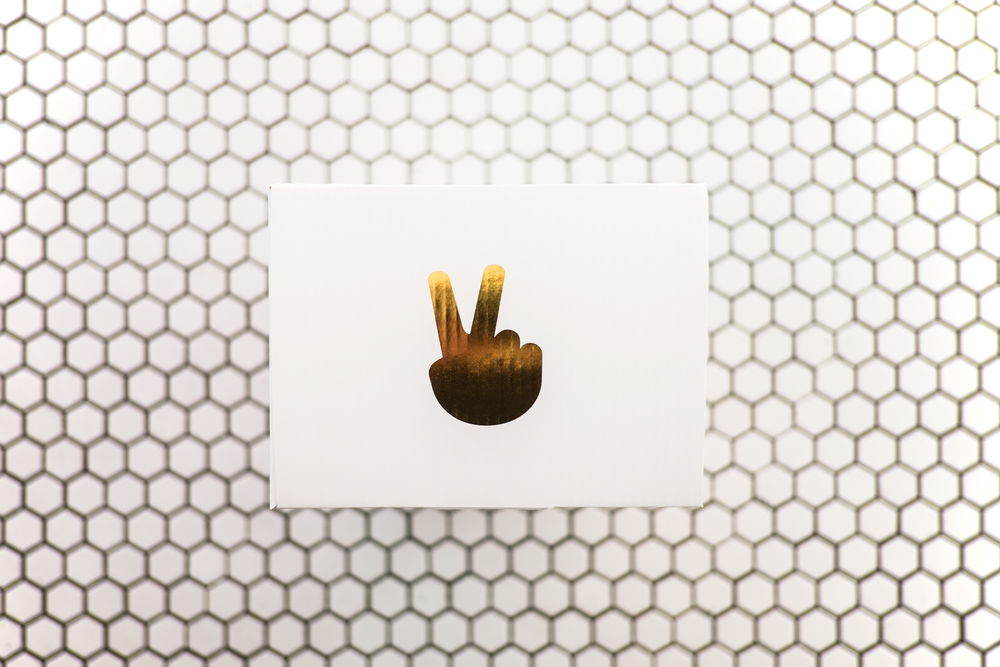 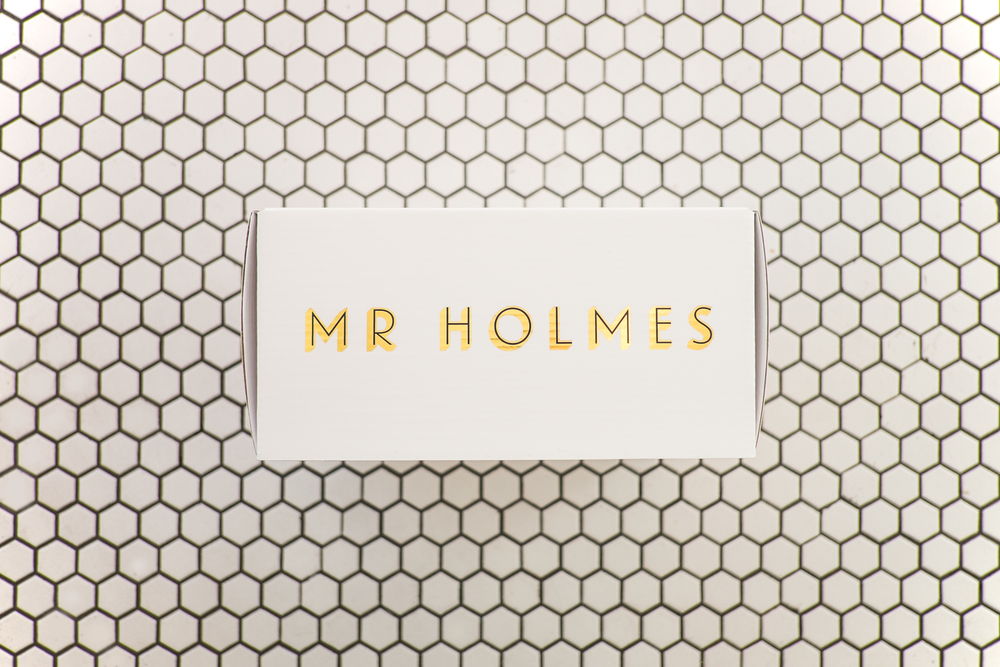 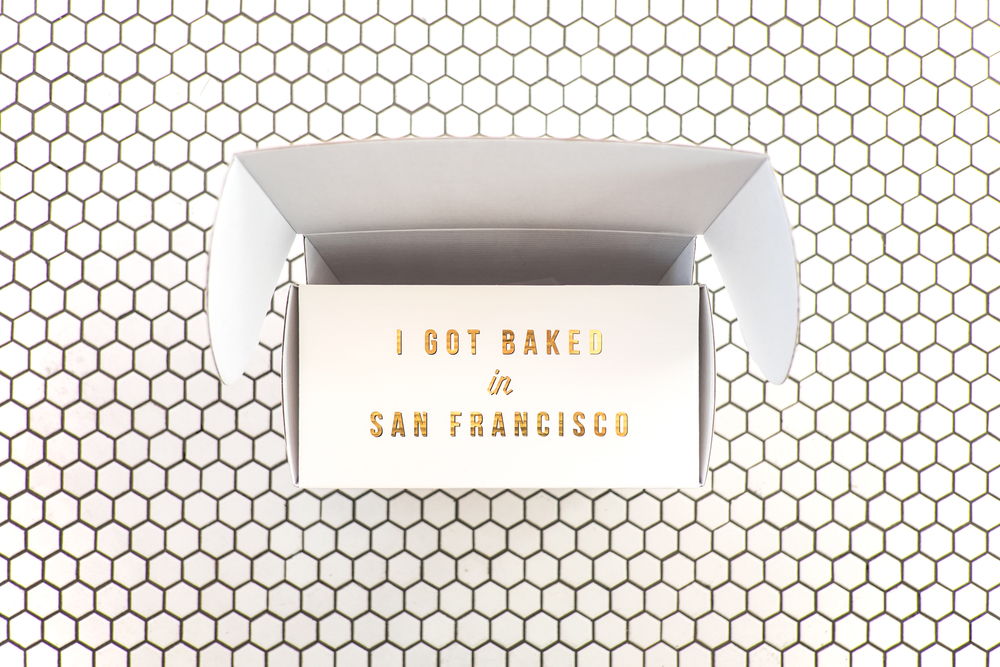