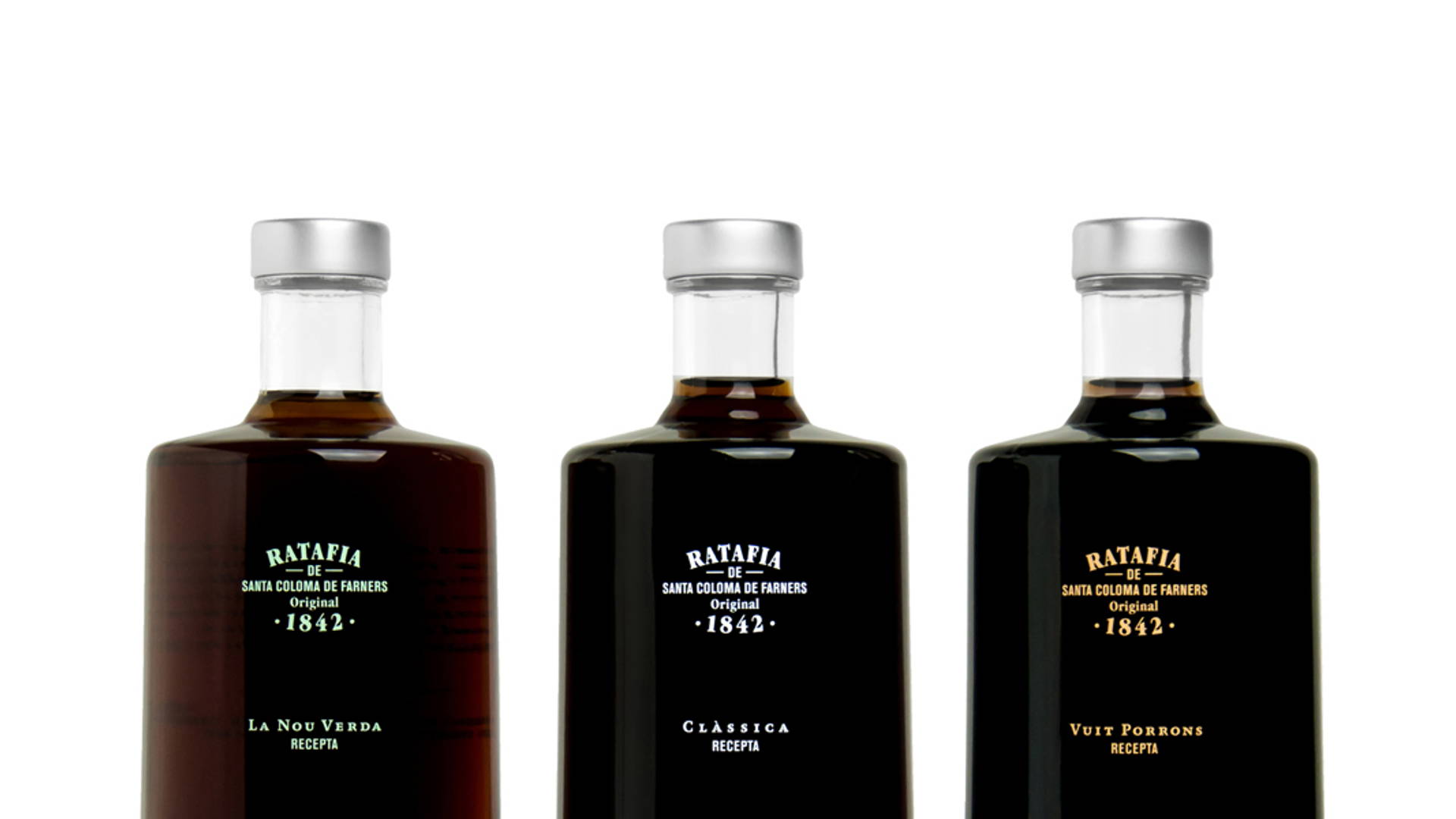 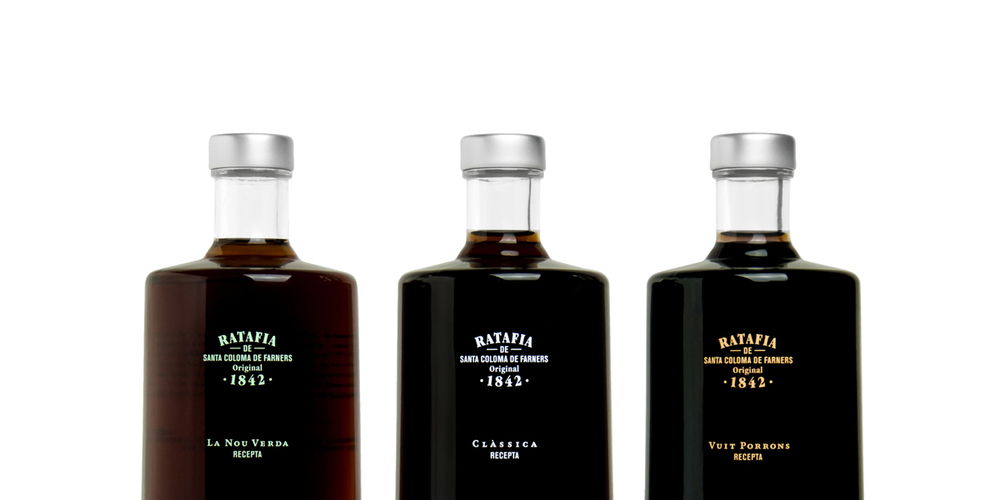 Elegant and restrained in the design execution, the new identity La Fonda Gràfica created for Ratafia 1842, doesn’t have any room for error.Ratafia is a traditional sweet liqueur, which the client creates using recipes dating back to 1842 from the Catalonia community of Spain. Hence the name of their product – Ratafia 1842. It was time for an update to the labels for this line of spirits – which featured 3 different flavor recipes; Classic, Green Walnut and Eight “Porrons.” 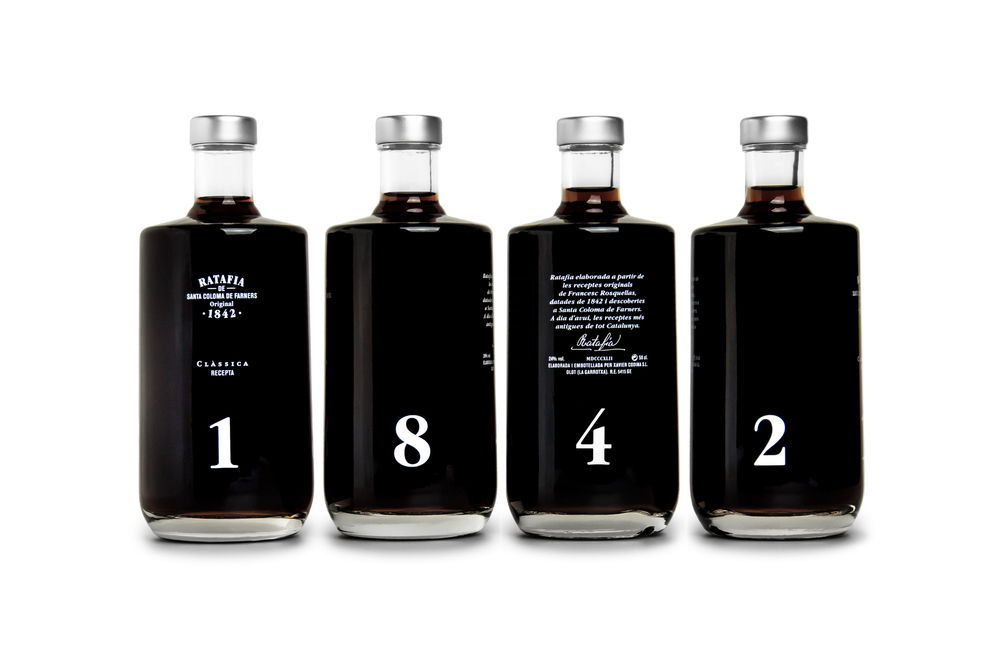 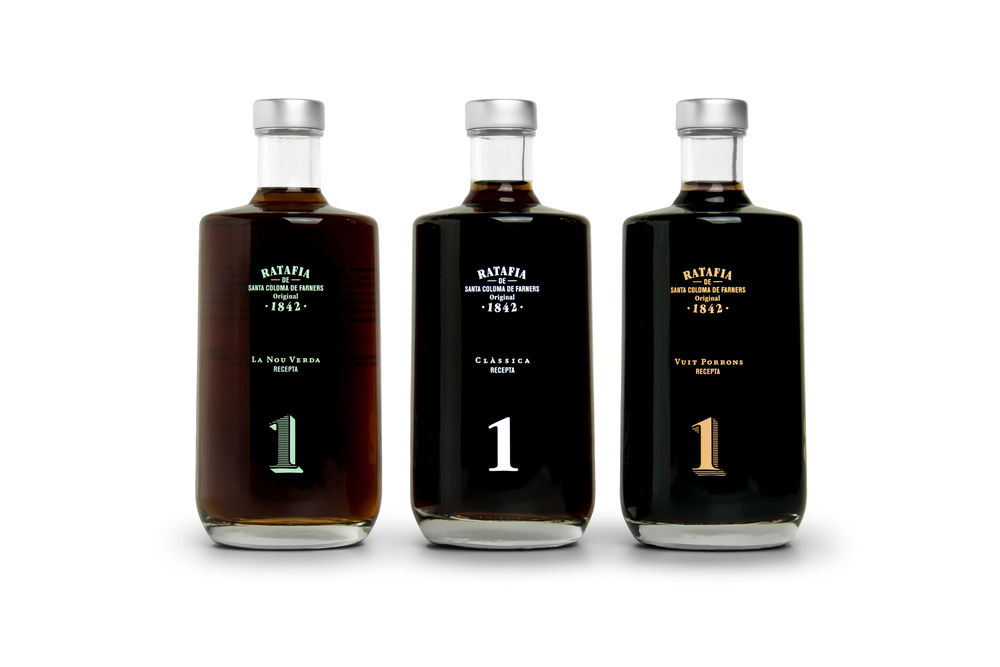 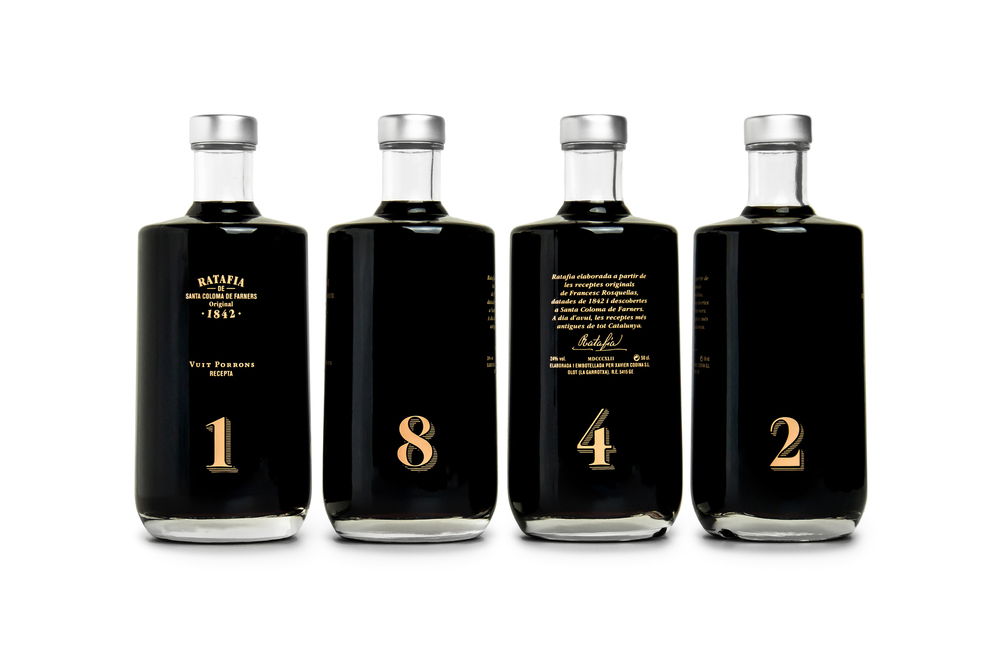 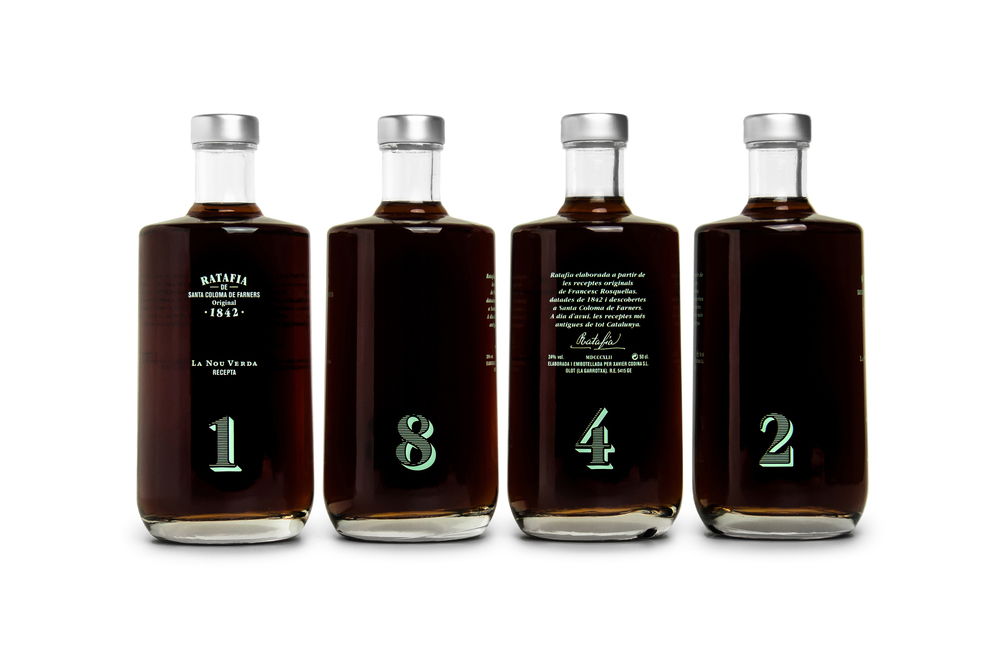 Paying tribute to the history of the ratafia recipe is at the heart of this project. The design solution is typography based, with the year 1842 screened onto the bottles in an oversize serif font, which wraps around the perimeter of the bottle. These numbers are the star of the show in this design, heavy block text with a 19th century air. The additional typographic elements are small in proportion and executed with a simple serif and condensed san serif font palette.

“Product differentiation is emphasized: ancient recipes (from 1842). Numbers ‘1’, ‘8’, ‘4’ and ‘2’ surround the bottle and this fact allows play with them rotating one or placing four side by side to see the most value of this liquor, the date of origin of the recipe: 1842. When there is only one bottle, the front (“1” number) shows the value to be the first one." 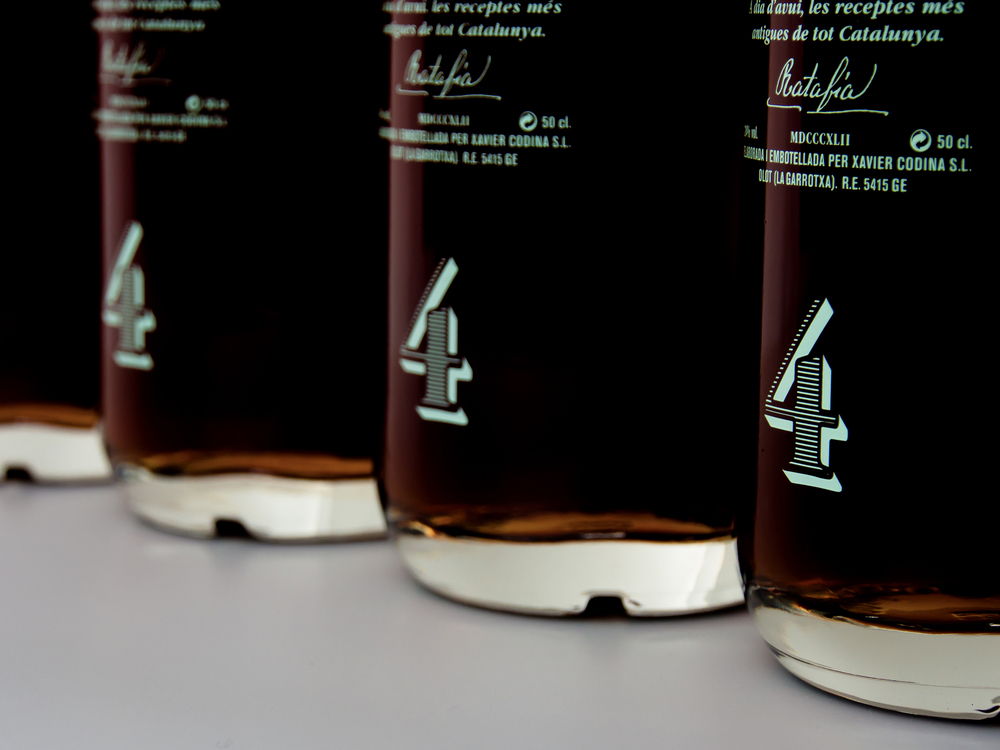 With the goal of keeping production costs down, La Fonda Gràfica chose to use 1 ink serigraphy for printing and chose a smaller bottle size than what was being used previously. Each ratafia "flavor" was identified by the unique 1 ink color ink chosen for that bottle. Overall, a simple and successful design solution for the Ratafia 1842 line of spirits which were released to sell out success immediately. “The Green Walnut and Eight ‘Porrons’ recipes are a limited edition of 700 bottles each one for the Santa Coloma de Farners Ratafia's Festival, and were sold out with two days. That’s the result of be involved in all phases of the project and to go one step further of the initial briefing.”