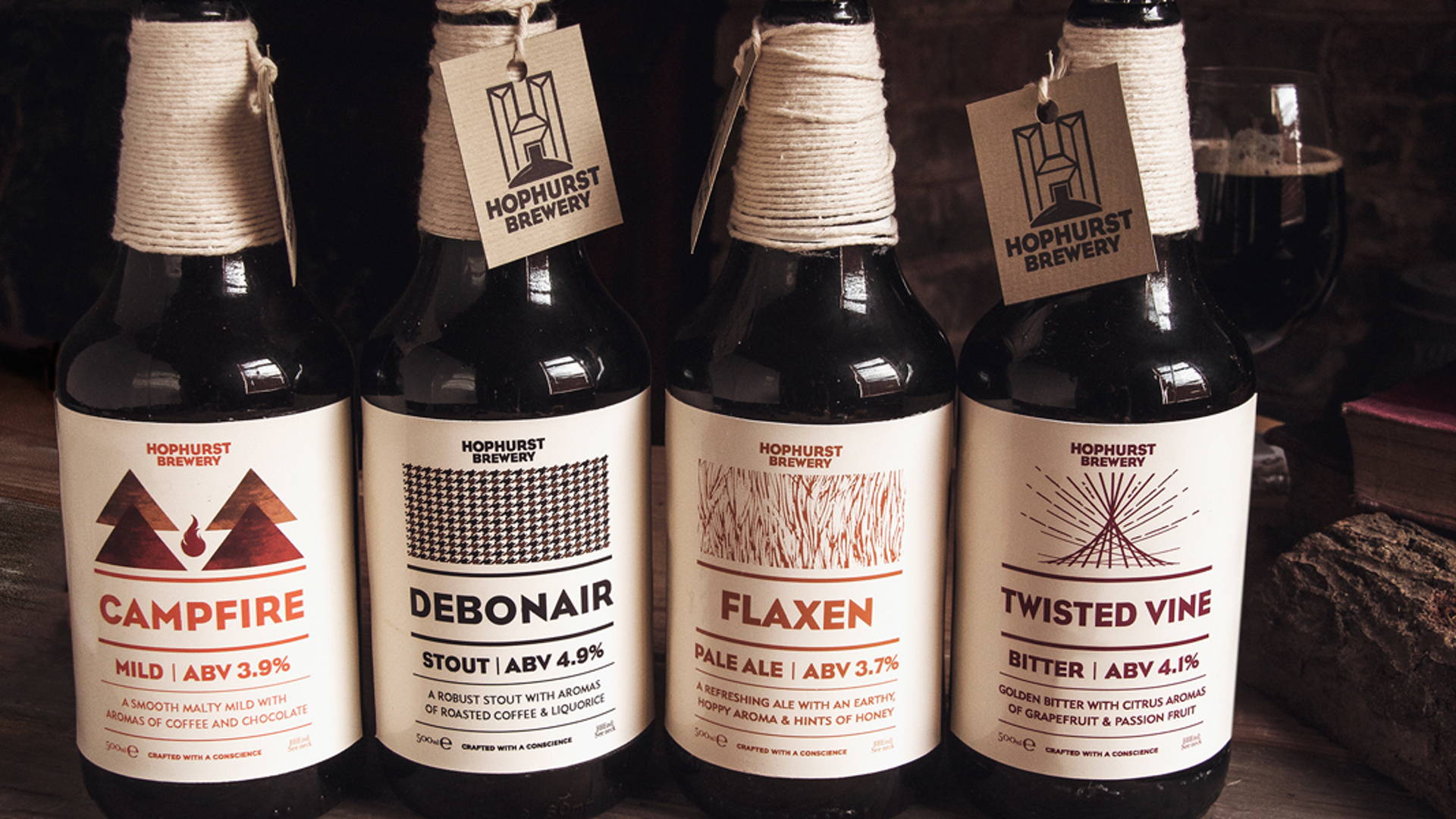 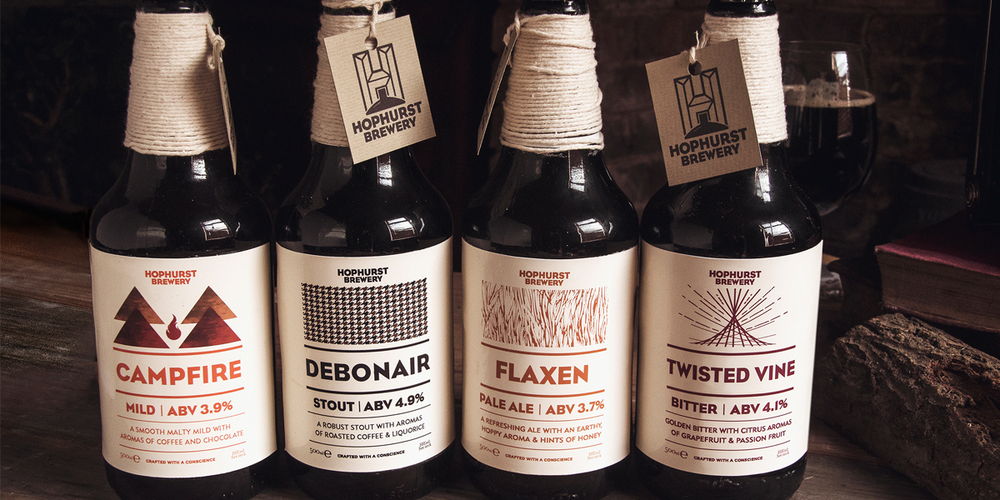 A camping trip is not the same without a 4-pack of Hophurst Beer. Designed by Foke Studio, the stout beverages are wrapped in twine at the neck and labeled with symbolic graphics representing each flavor.

"Hophurst Brewery is a pioneering microbrewery from the North West of England, they produce finely crafted ales with definable character and exquisite taste. Designed for the art of conversation Hophurst's range includes light session beers for long afternoons, golden bitters for old acquaintances and luxurious stouts for philosophers and debaters." 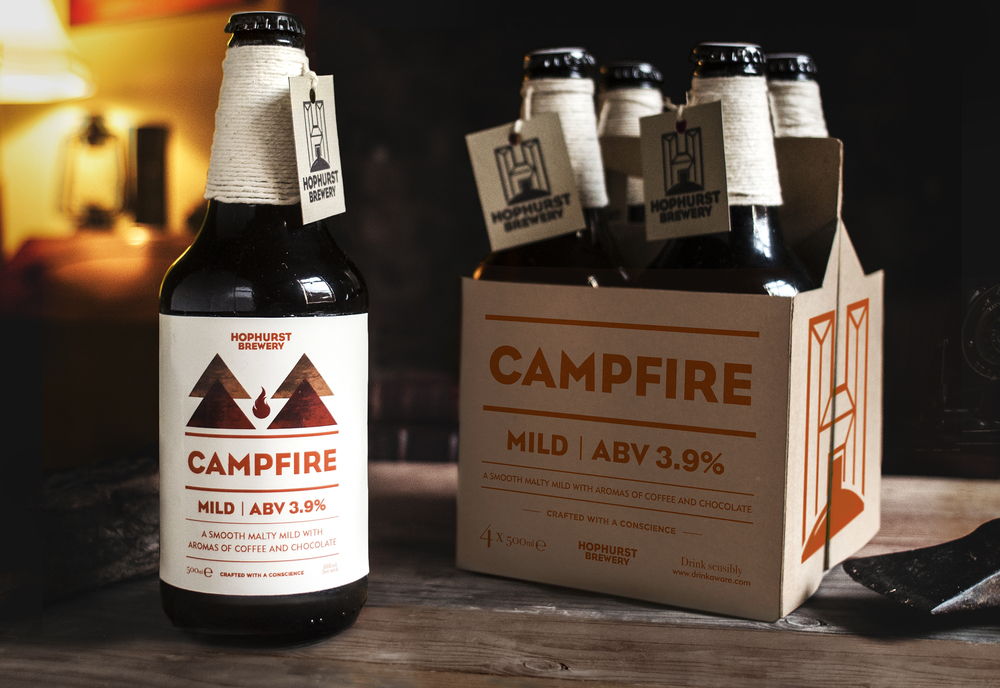 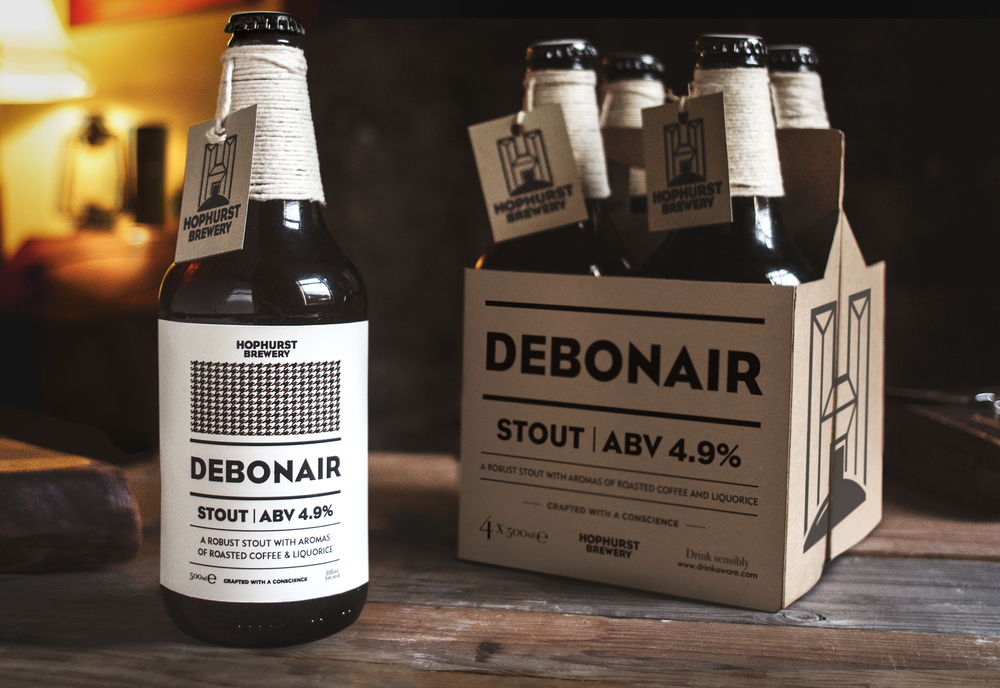 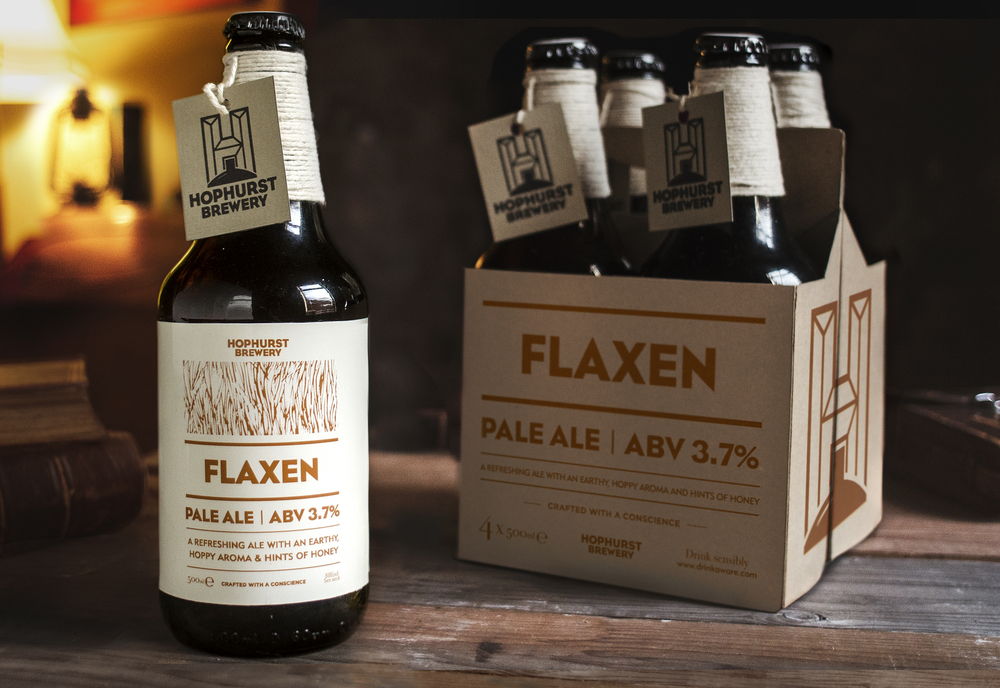 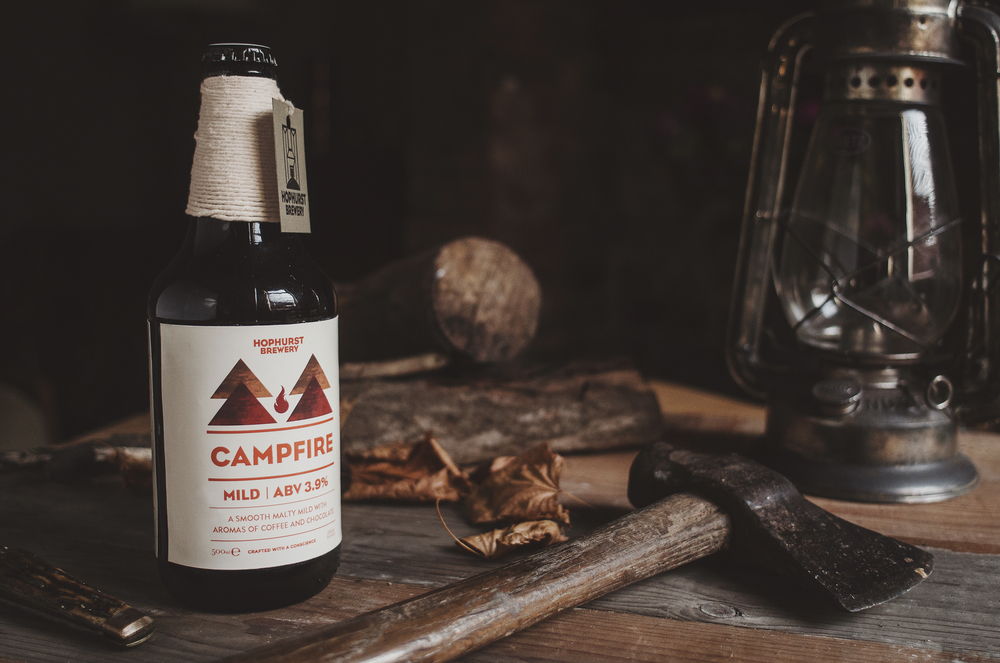 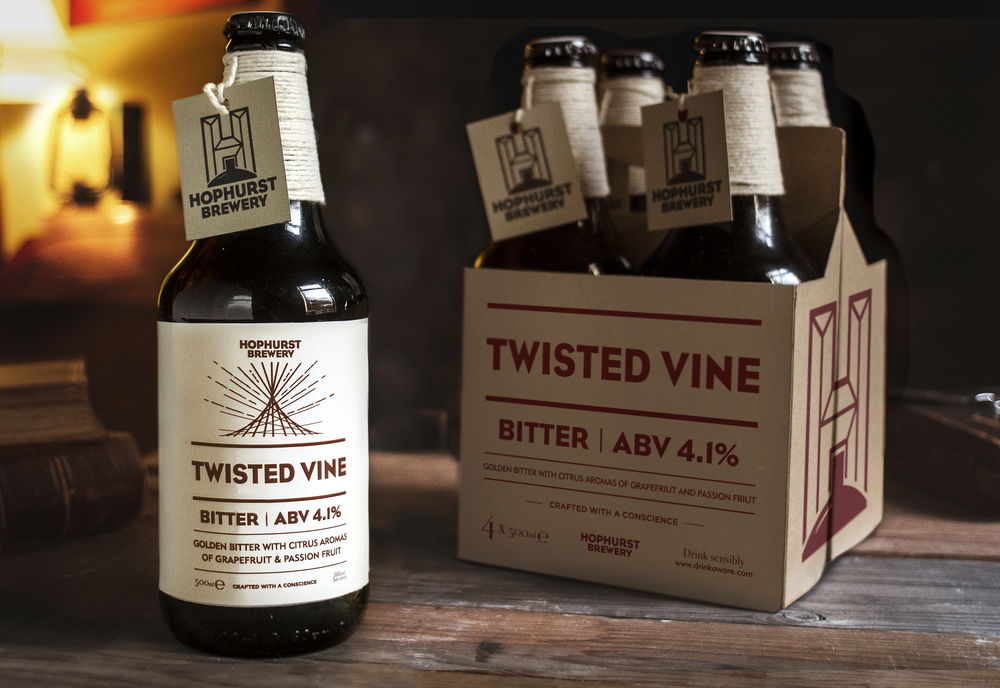 "Commissioned to create a visual identity for the brewery and their 4i launch beers Foke Studio developed a bold house style that reflected the character and individuality of each ale whilst retaining a cohesive treatment across the range and for future releases." 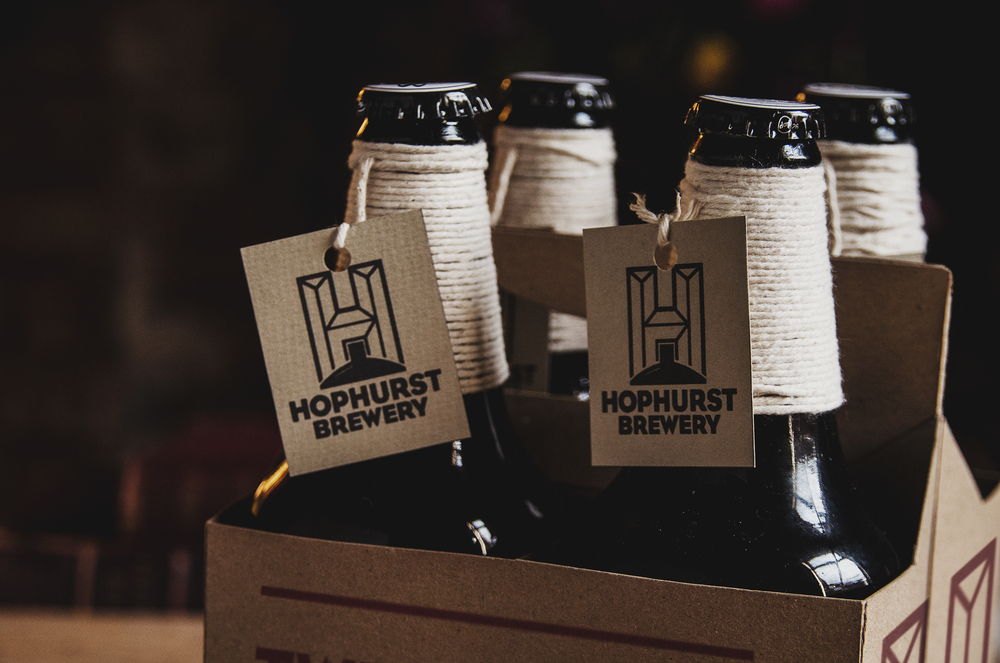 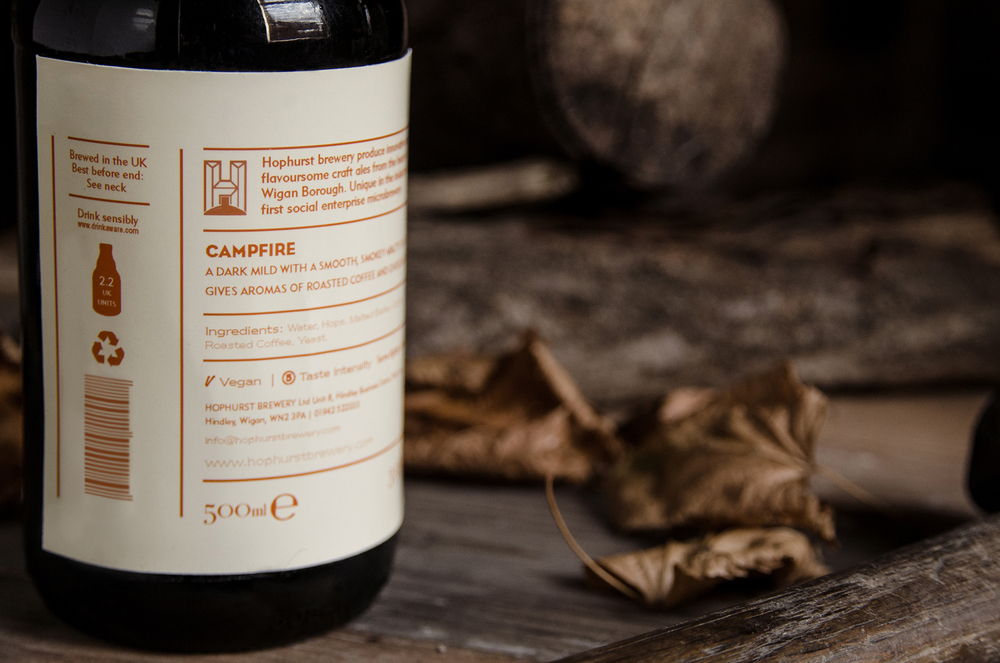