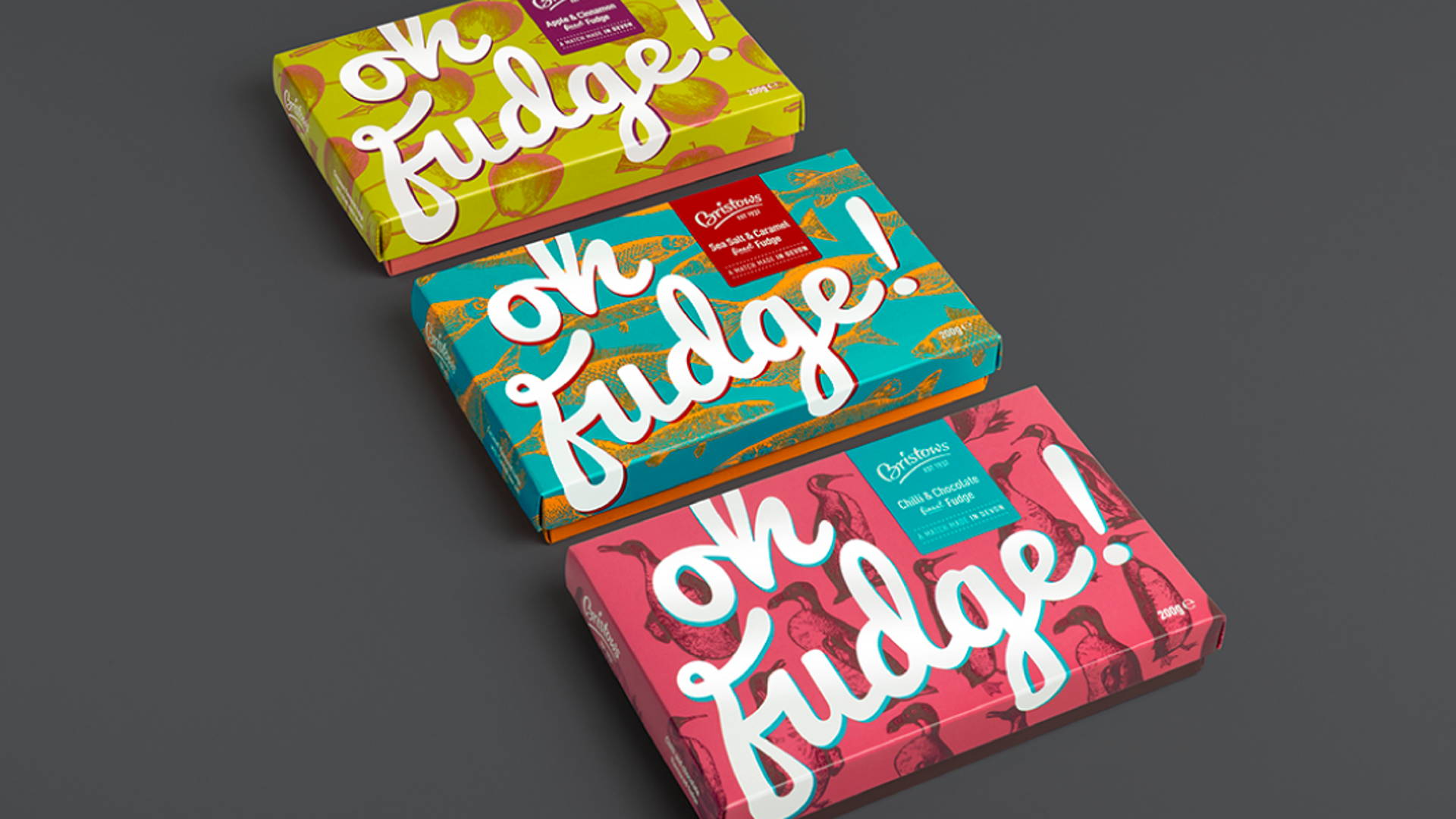 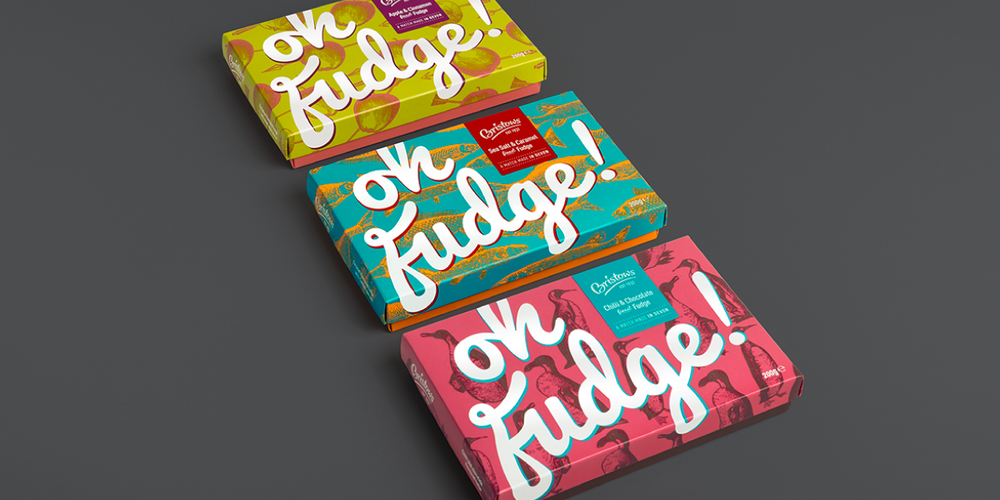 Aesop, the brand storytellers, have created quirky, audacious packaging for Bristows Oh Fudge! that brings to life the intriguing flavor variants. The color, unexpected fish and penguins create an impactful design that is only amplified by the beautiful type, making Oh Fudge truly unique and fun! 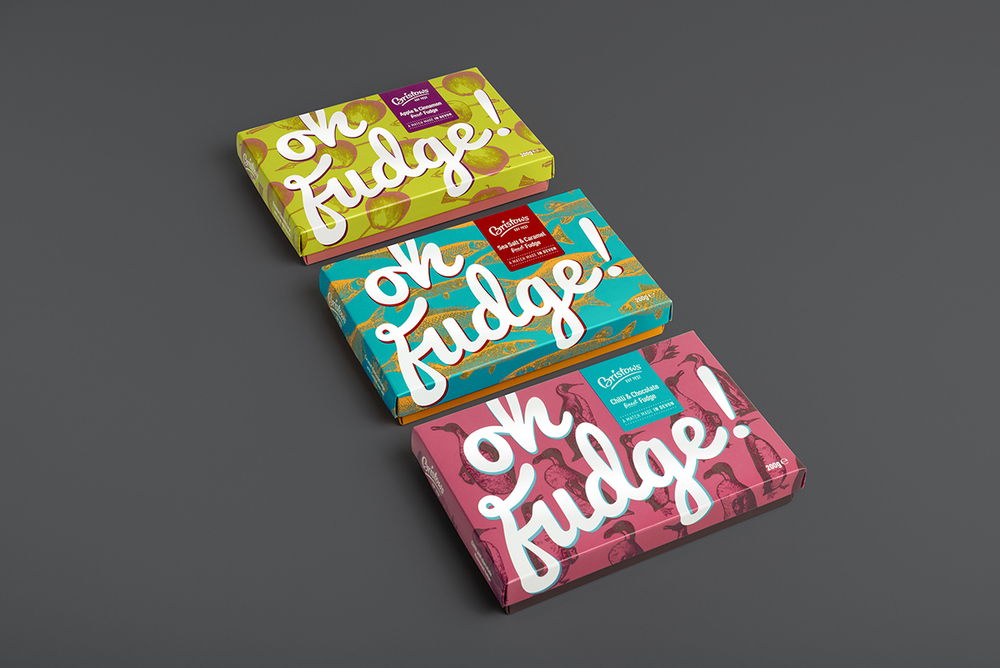 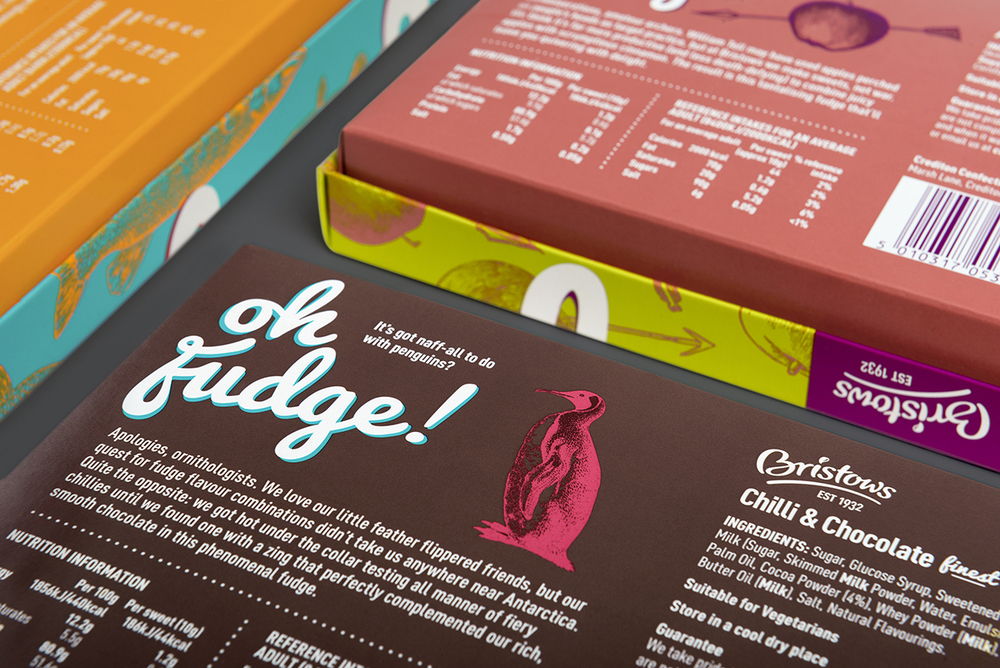 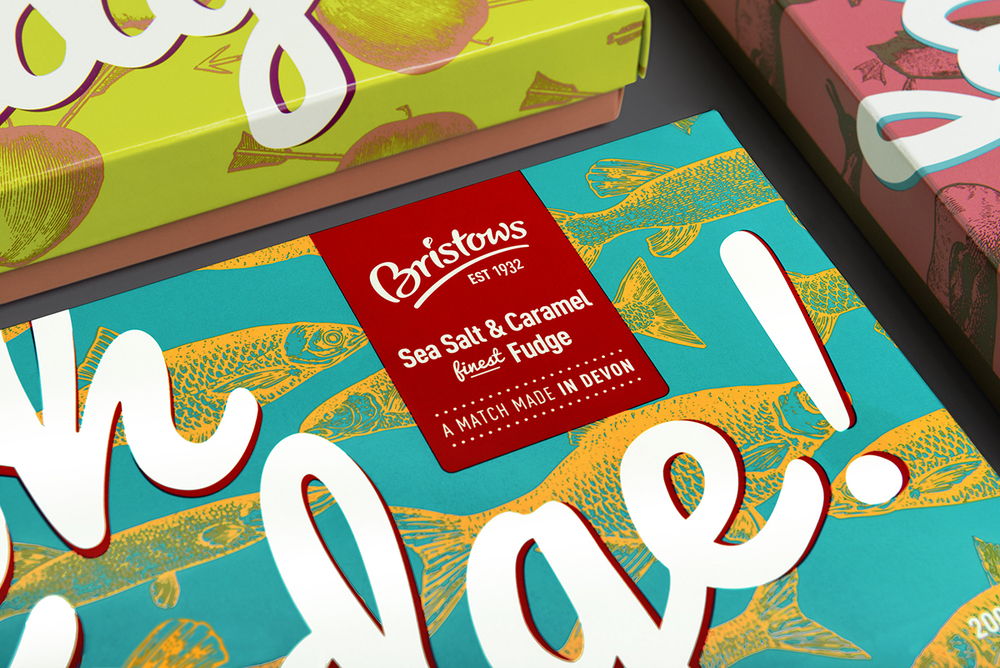 The agency also came up with the brand name - ‘Oh Fudge!’; the strapline - ‘A match made in Devon’ plus witty back-of-pack stories for each flavour. Caramel & Sea Salt; Chilli & Chocolate and Apple & Cinnamon are daring flavor combinations that demanded a bold and unexpected design approach. Orange fish swim against a turquoise backdrop; penguins appear incongruous against a pink landscape and apples shot-through with arrows adorn a sweet and spicy orangescape.

The new fudge brand has already generated interest from niche and mainstream retailers including Hugh Fearnley-Whittingstall’s River Cottage deli.Aesop have previously worked with Creditons - the Devon based confectioners -creating critically acclaimed packaging for Bristows Bonbons and Bristows fudge and toffee.

Commenting on the design approach, Dan Calderwood, Design Director, Aesop Agency says: “The illustrations are a tongue-in-cheek representation of each flavour -unexpected and surprising, creating an ‘Oh Fudge!’ moment.”