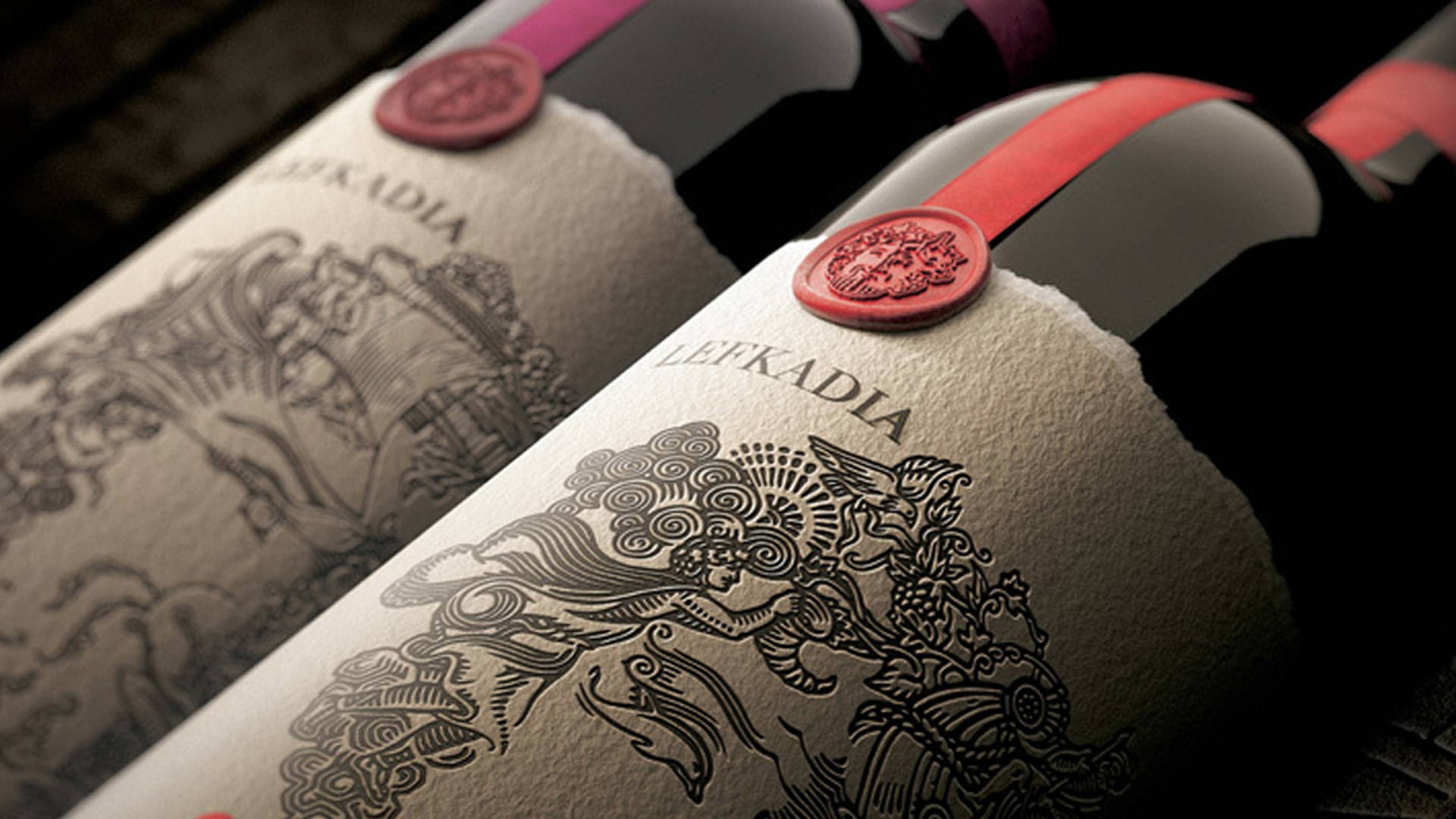 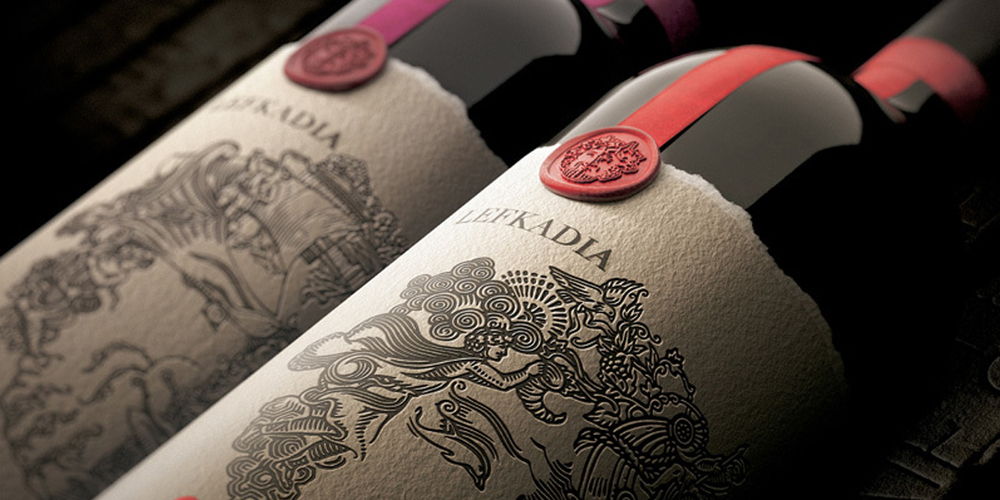 Such an elegant bottle of wine the design firm DDVB has created for the elite Russian wine brand Lefkadia. With so many wines on the market, many from major wine making countries, Lefkadia wanted their packaging to reflect the high quality of their wine and also be able to stand proud amongst the competition. The design concept DDVB presented was based on myths and legends of ancient Greece, as the Lefkadia locality was at one time in history populated by the Greeks. The solution - to tell the stories through a beautifully detailed illustration of a mascaron as the main wine label art. 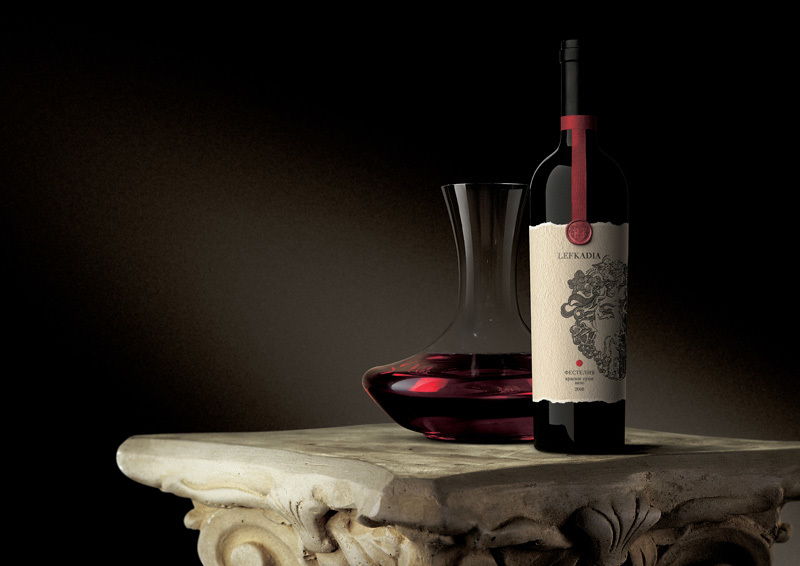 “The mascaron is divided into dark and light halves: light represents Dionysus, and the dark represents Faun. The image consists of various scenes that depict legends and myths of ancient Greece, in which the wine played key role.”The illustration is intricate, with expressive curly lines and shapes meandering together with a story-telling quality. Unique also is the choice of the wine label which does not have straight edges, but instead a soft “torn” quality. This combined with the use of a natural color paper adds a hint of antiquity to the artwork. 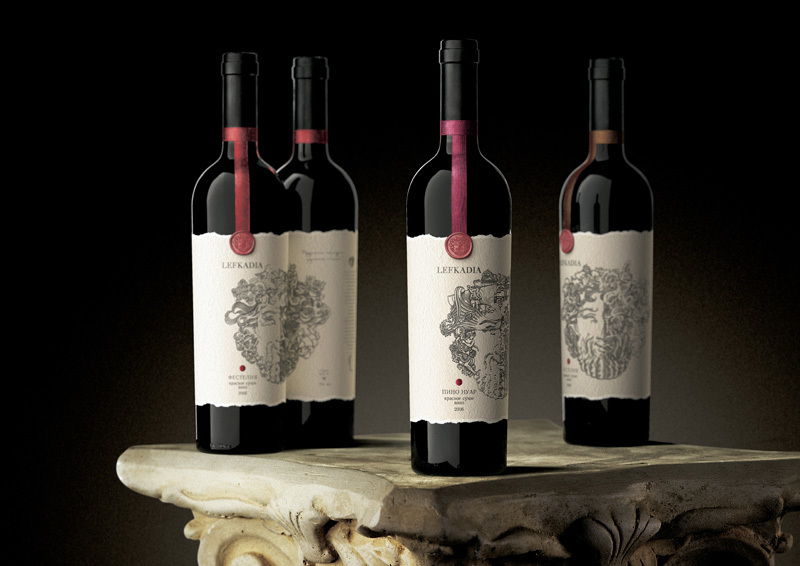 To differentiate the different types of wine, DDVB chose to use different colored ribbons wrapped around the neck of the bottle and then following the path down the neck to intersect with a traditional red wax seal, which then holds the glossy ribbon in place. The final product – a stately bottle of Russian wine with a design concept based on Greek mythology told through the story telling nature of exquisite illustration. 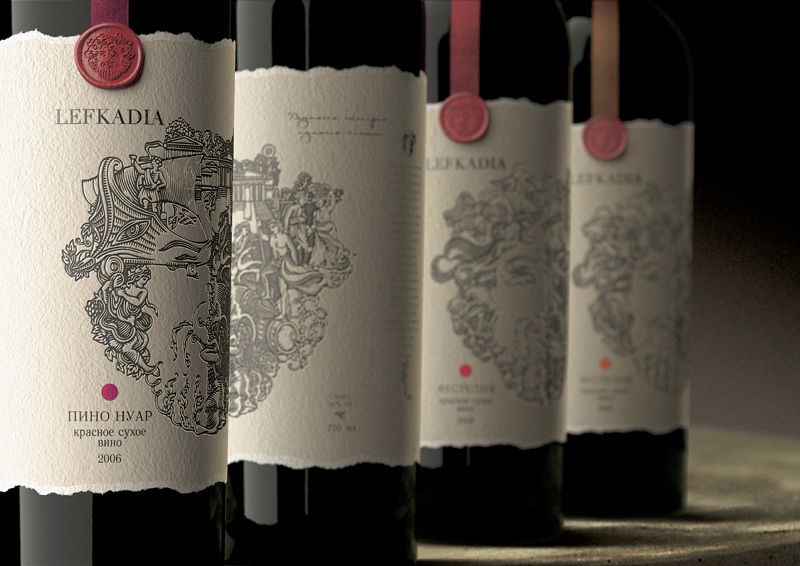 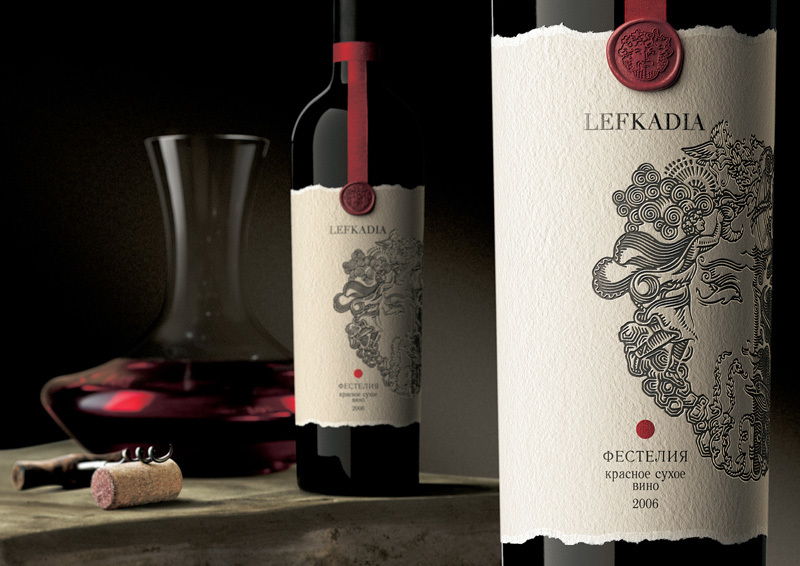