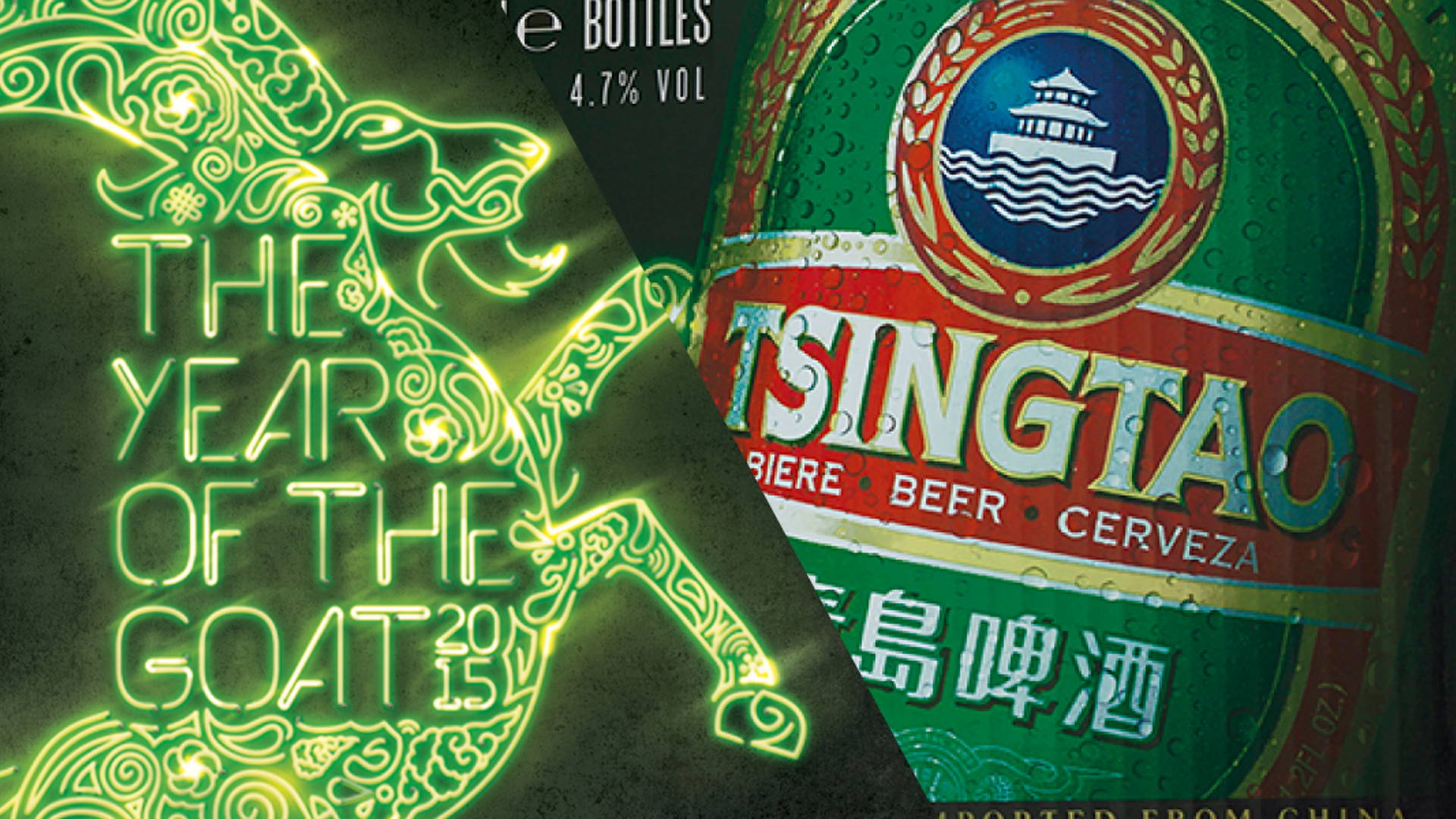 Tsingtao Beer - Year of the Goat 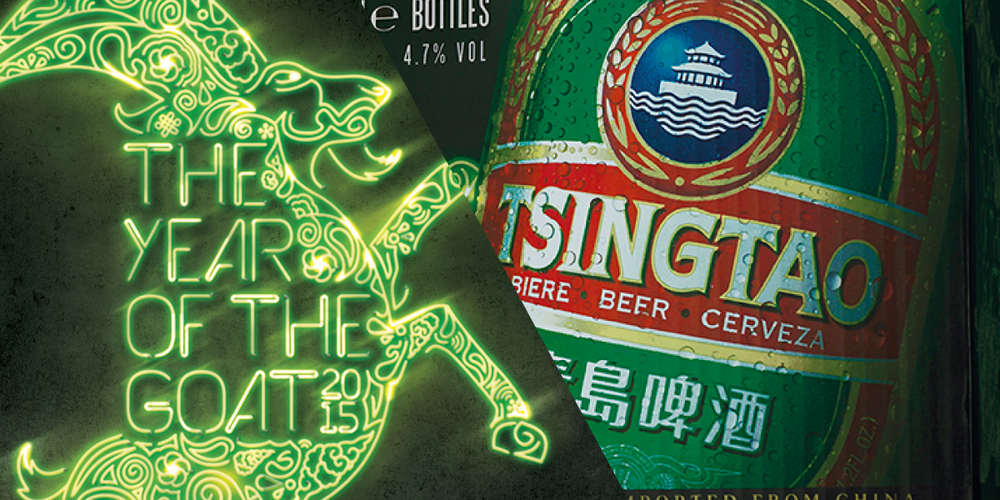 In celebration of Chinese New Year, Tsingtao beer has unveiled their limited edition bottle beer that celebrates this new year, the year of of the goat. The design brings tradition in a contemporary and modern way. with an exciting design that showcases the goat in it's full strength and glory. 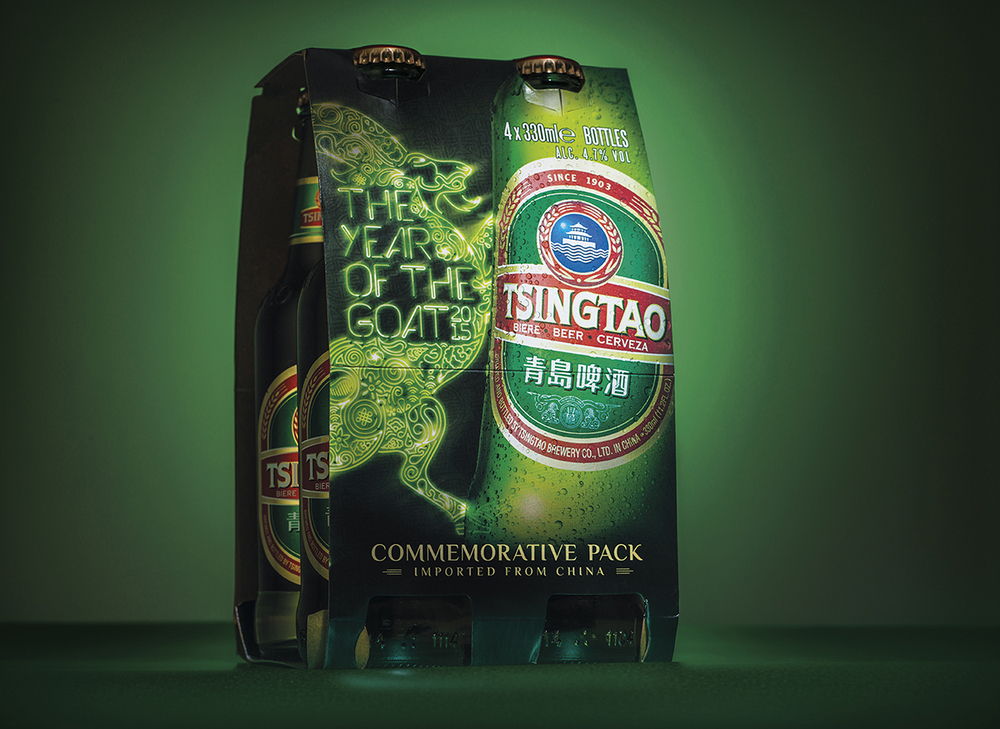 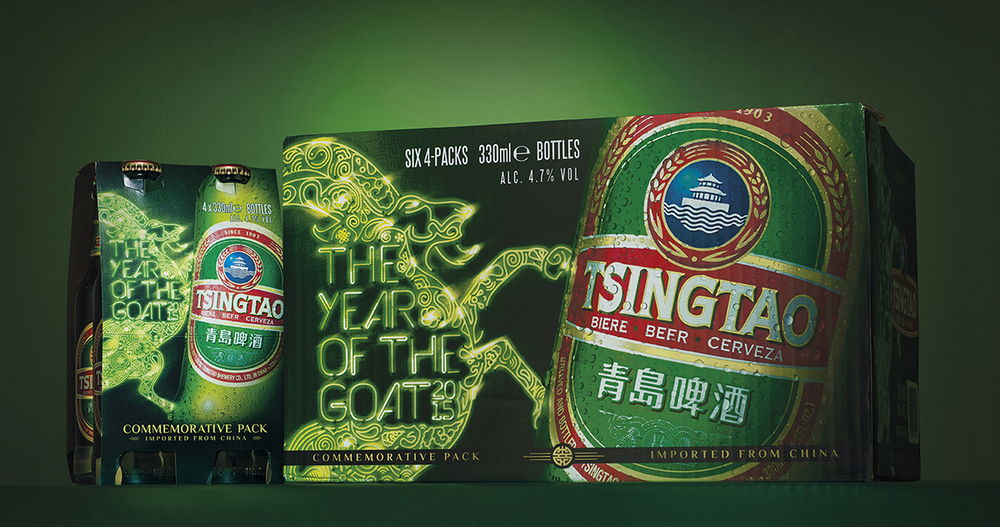 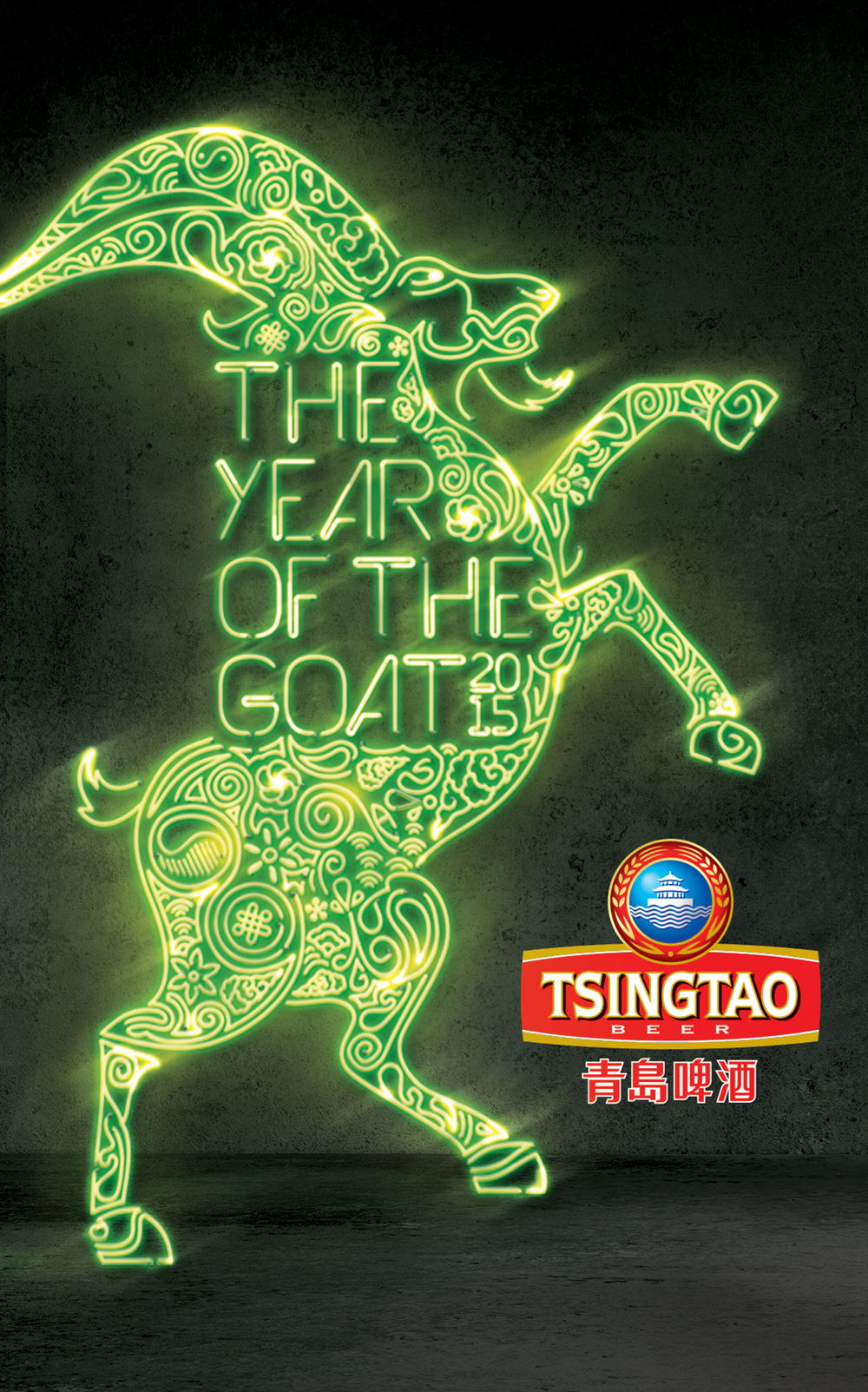 "With Chinese New Year being an important tradition, Tsingtao approached Halewood International to create a limited edition pack especially designed to involve western consumers in such an important holiday. Using inspiration from the urban streets of Beijing, Halewood International designed a decorative Year of the Goat illustration with a neon effect. The slick modern design has a unique presence, compared to traditional Chinese illustrations frequently seen today and represents the forward thinking brand, Tsingtao." 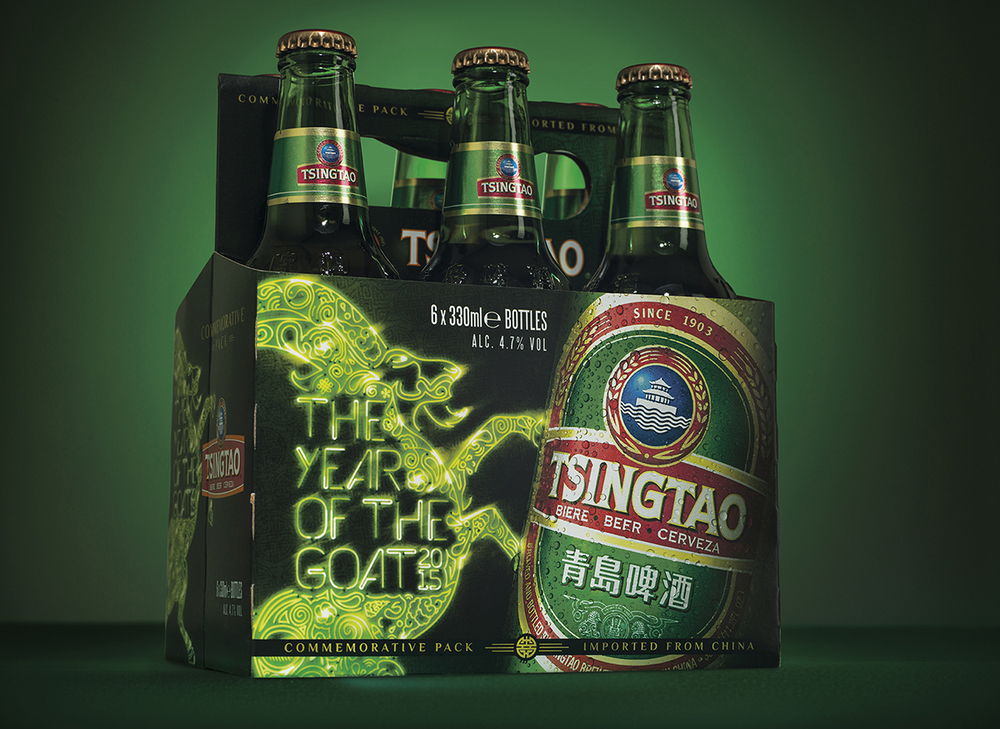 "Tsingtao is a truly authentic Chinese beer, only ever brewed in the sea port of Qingdao, in North Eastern China. It is internationally recognised as the finest beer in China. Tsingtao is an incredibly smooth and easy to drink pilsner. Today, it is exported and sold in over 62 different countries around the world, making it China’s most widely exported beer. "