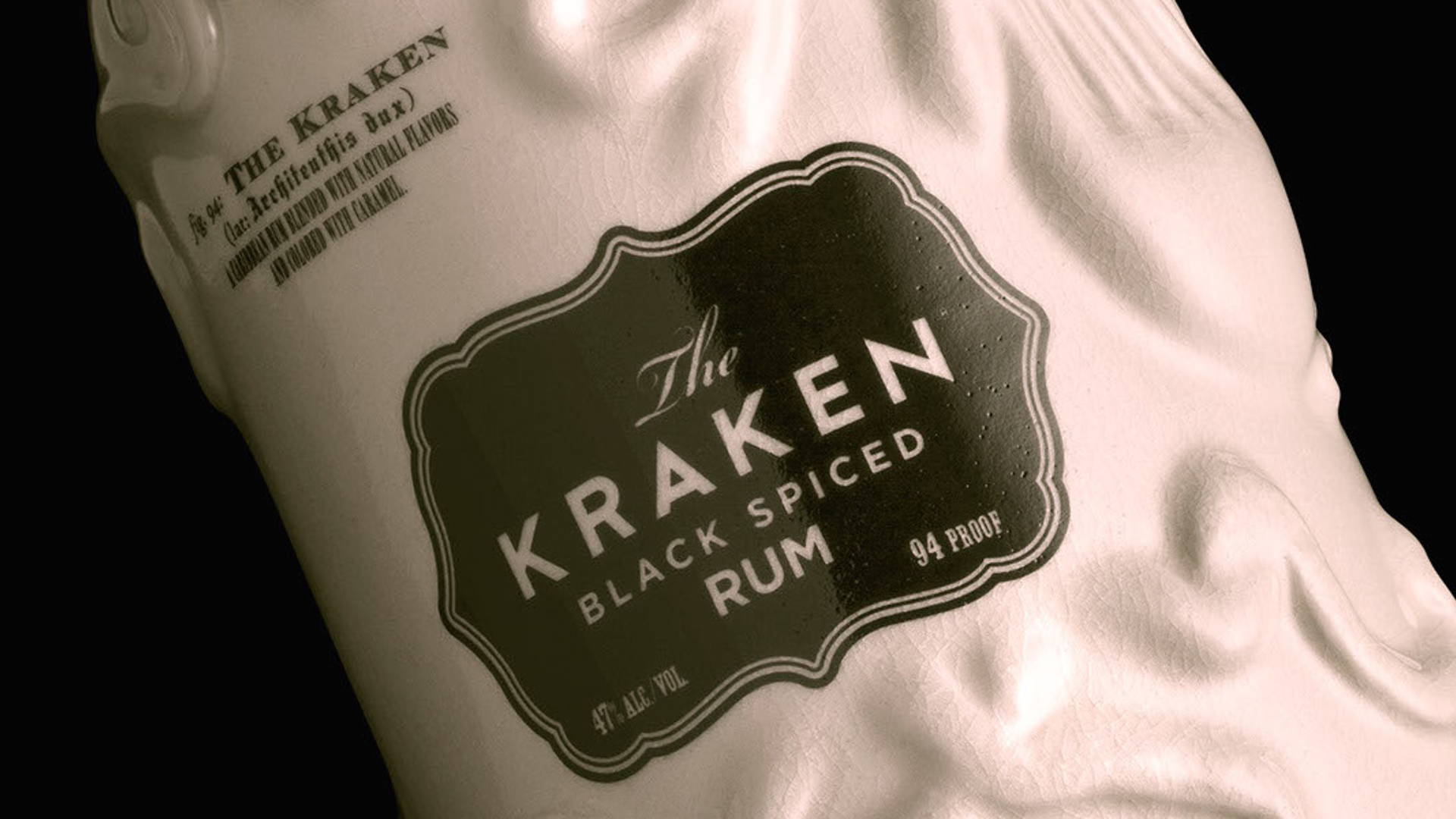 “To not respect the power of the Kraken is to not respect the sea.” Behold a limited edition rum with a tale straight from the depths of the ocean. Designed by Stranger & Stranger, this ceramic bottle is sure to intrigue anyone who enjoys a good story behind their spirits. 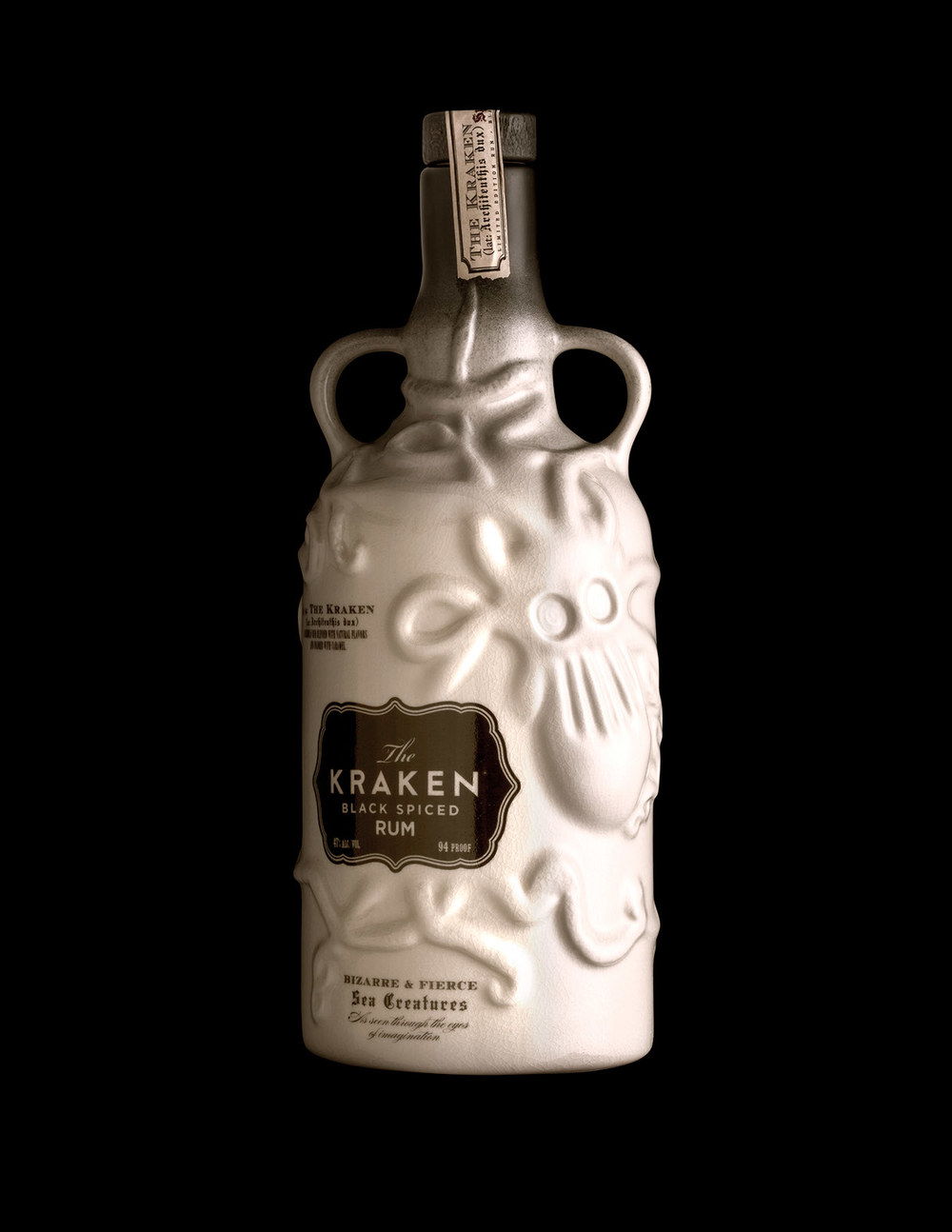 “Centuries ago, a ship carrying the world’s finest black spiced rum was rumored to suffer a disastrous fate at the tentacles of the Kraken, a bizarre and fierce sea beast known for its razor sharp teeth, immense size, and ornery disposition. This limited edition ceramic bottling of The Kraken® Black Spiced Rum may earn that tragic tale a place in the historical record. Carefully preserved in a premium, collectible vessel, this bottle of The Kraken Rum is the perfect gift for those who worship the darkness, believe in the Beast, or simply enjoy very nice things.” 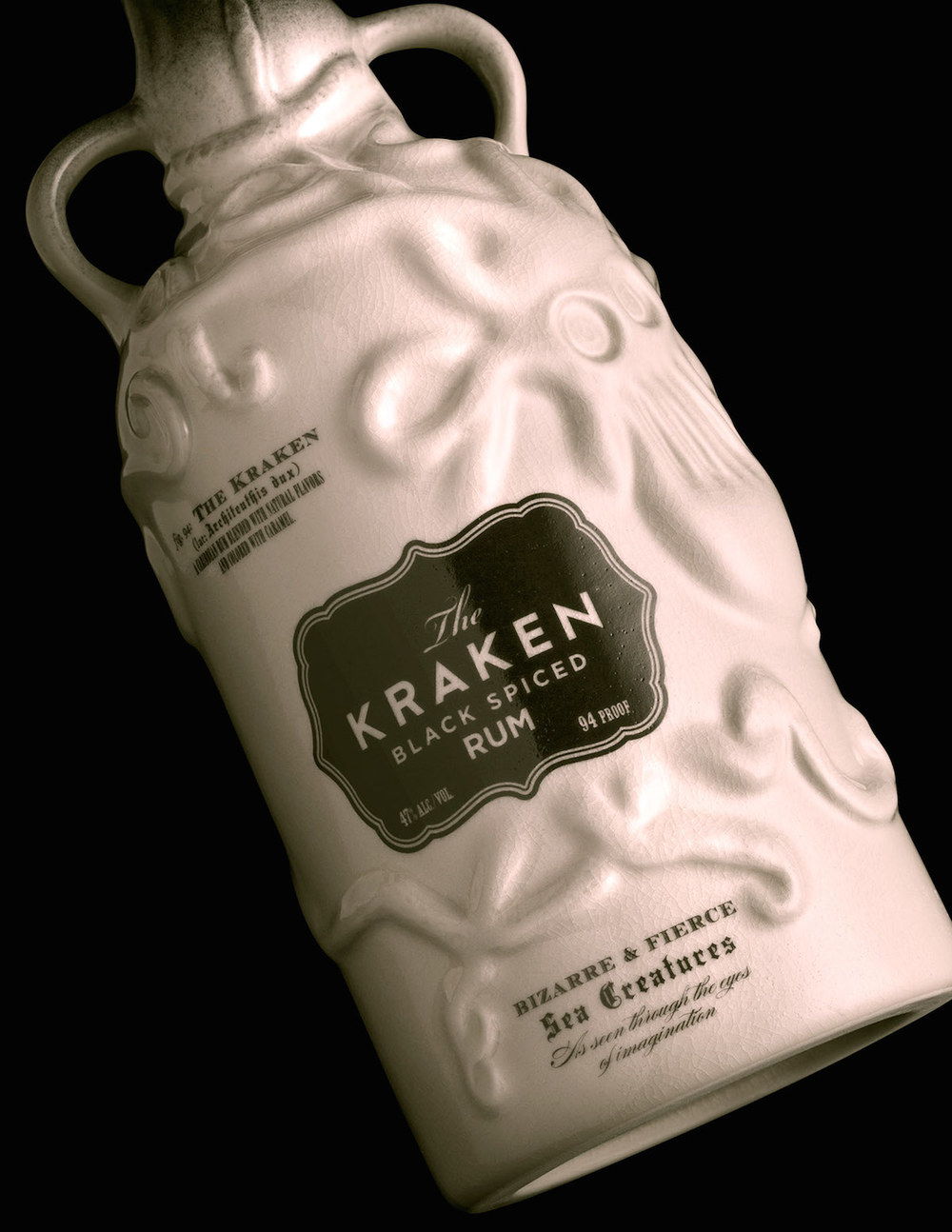 Eerie outlines of the Kraken appear on the bottle, adding to the mystery of the rum. The ceramic bottle feels older and slightly more traditional, instead of simply using clear or tinted glass. It also adds to the sense that this is something that’s been bottled up, traveled, met danger, and survived to tell the tale. The bottle is mostly off-white, but it fades to a black at the mouth, much like the depths of the ocean that fade into a pitch black. 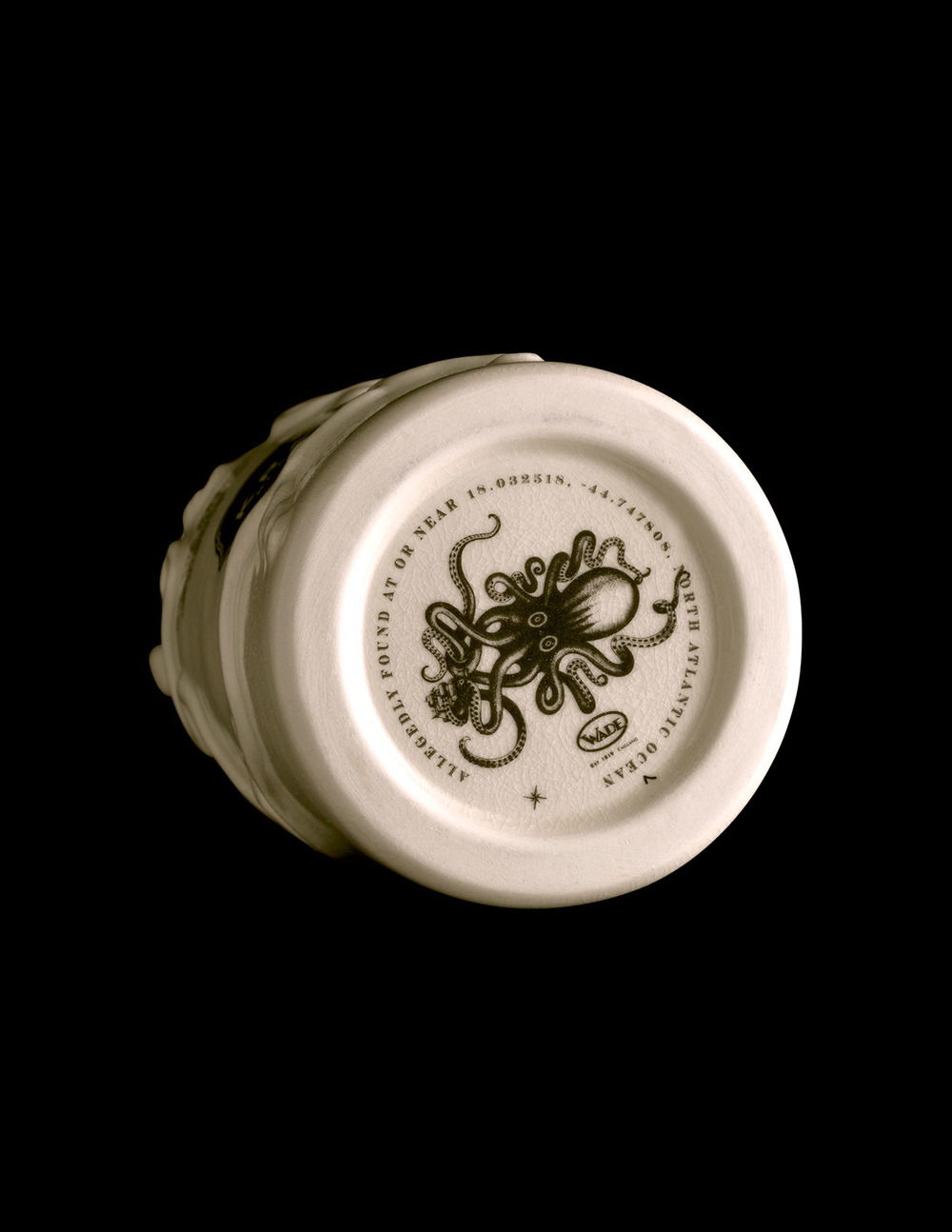