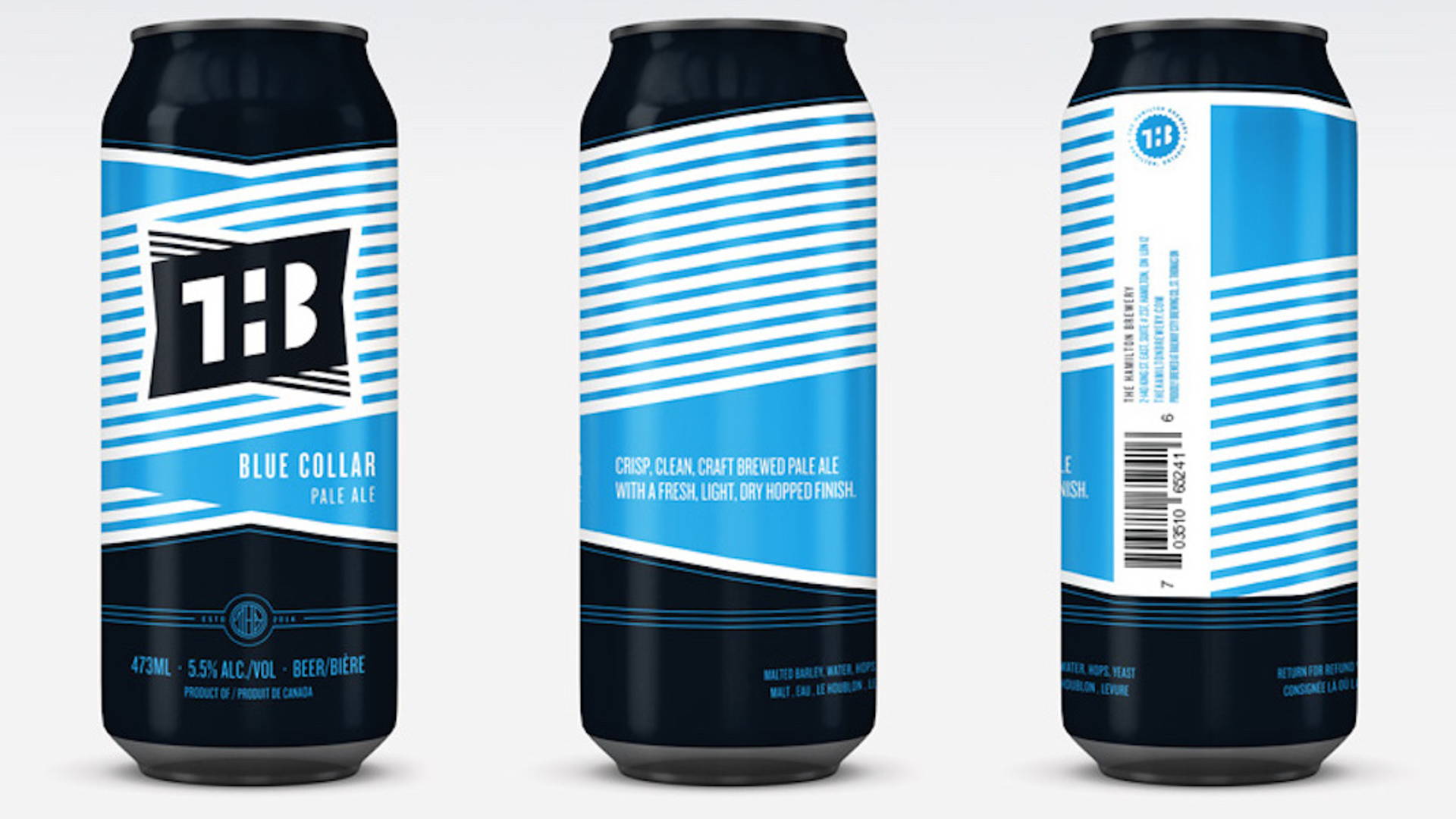 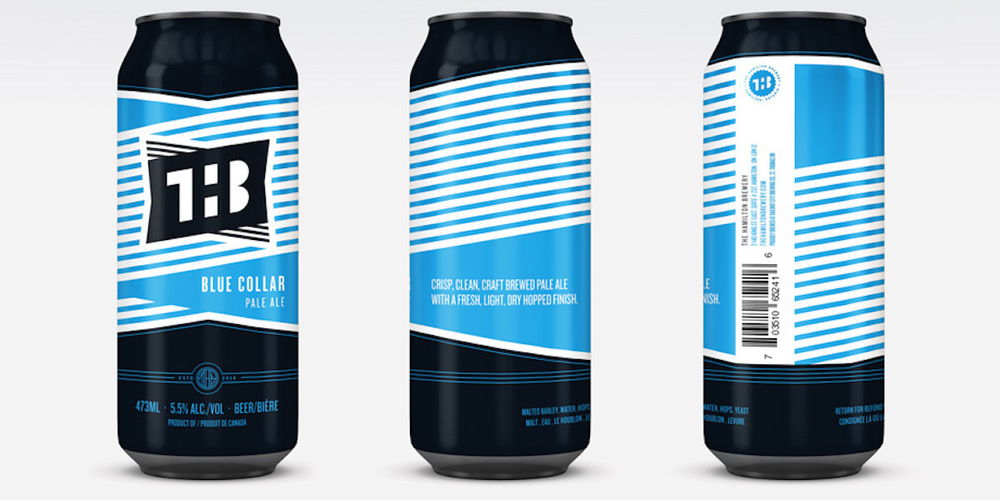 This design from Poly Studio is going to have you rethinking the term “blue collar.” The Blue Collar Pale Ale from The Hamilton Brewery is incredibly striking, with the bold images and graphics making it stand out on the shelves.

“With the THB cans, we wanted to create a bold, poppy, eye-catching package that referenced both the heritage of the THB name (the Toronto, Hamilton & Buffalo railway line, or THB, active from the late 1800’s - the 1980’s) and the prominent industrial and art deco architecture in our native Hamilton (home to both THB and Poly), while also conveying the enthusiasm and verve of this contemporary craft brewery.” 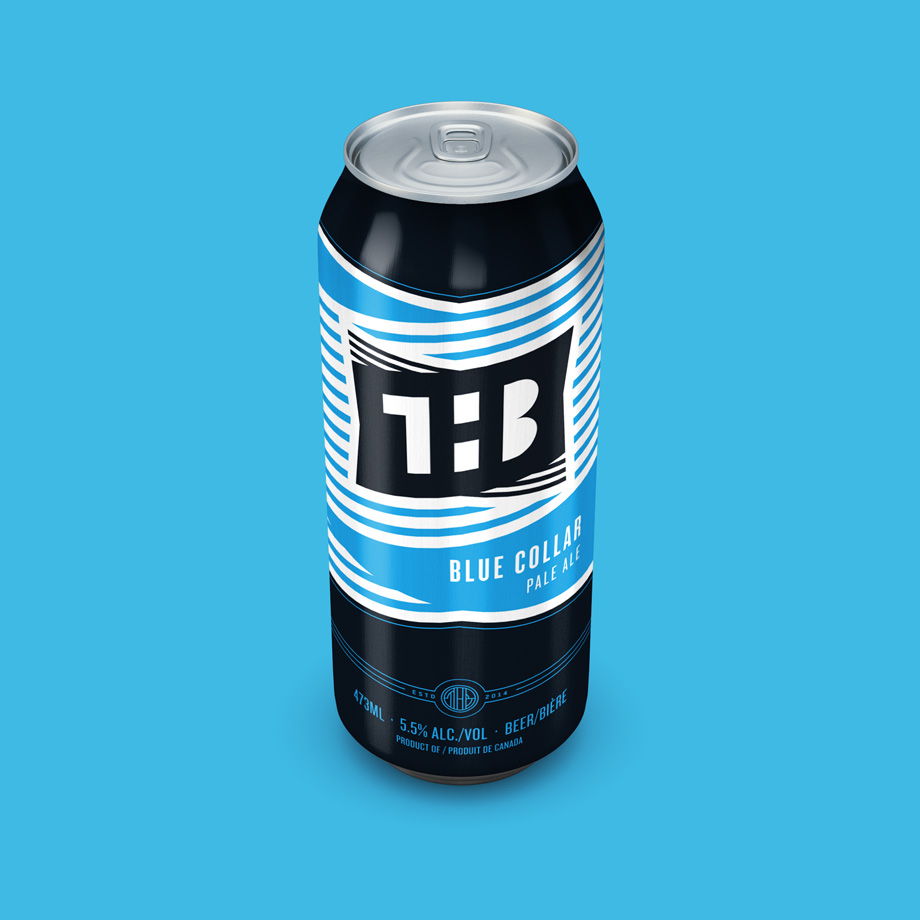 Blue Collar Pale Ale looks like an amazing brew to crack open at the end of a long day. Taking a fresh approach, THB clearly wants to communicate the amazing and unique variety of beer they offer upfront. The THB logo stands front and center, a clean combination of black and white lettering. A robin’s egg blue brightens up the can, giving it a formal yet fun energy. Overall, the design is minimal, allowing THB to focus on creating delicious craft beer for its customers.

Warren Pyper at THB mentions, “The Hamilton Brewery or THB, is an ambitious effort aimed at becoming the beer of choice for Hamilton and the Golden Horseshoe. THB aims to achieve this lofty goal by brewing awesome craft beer & providing great customer service.”