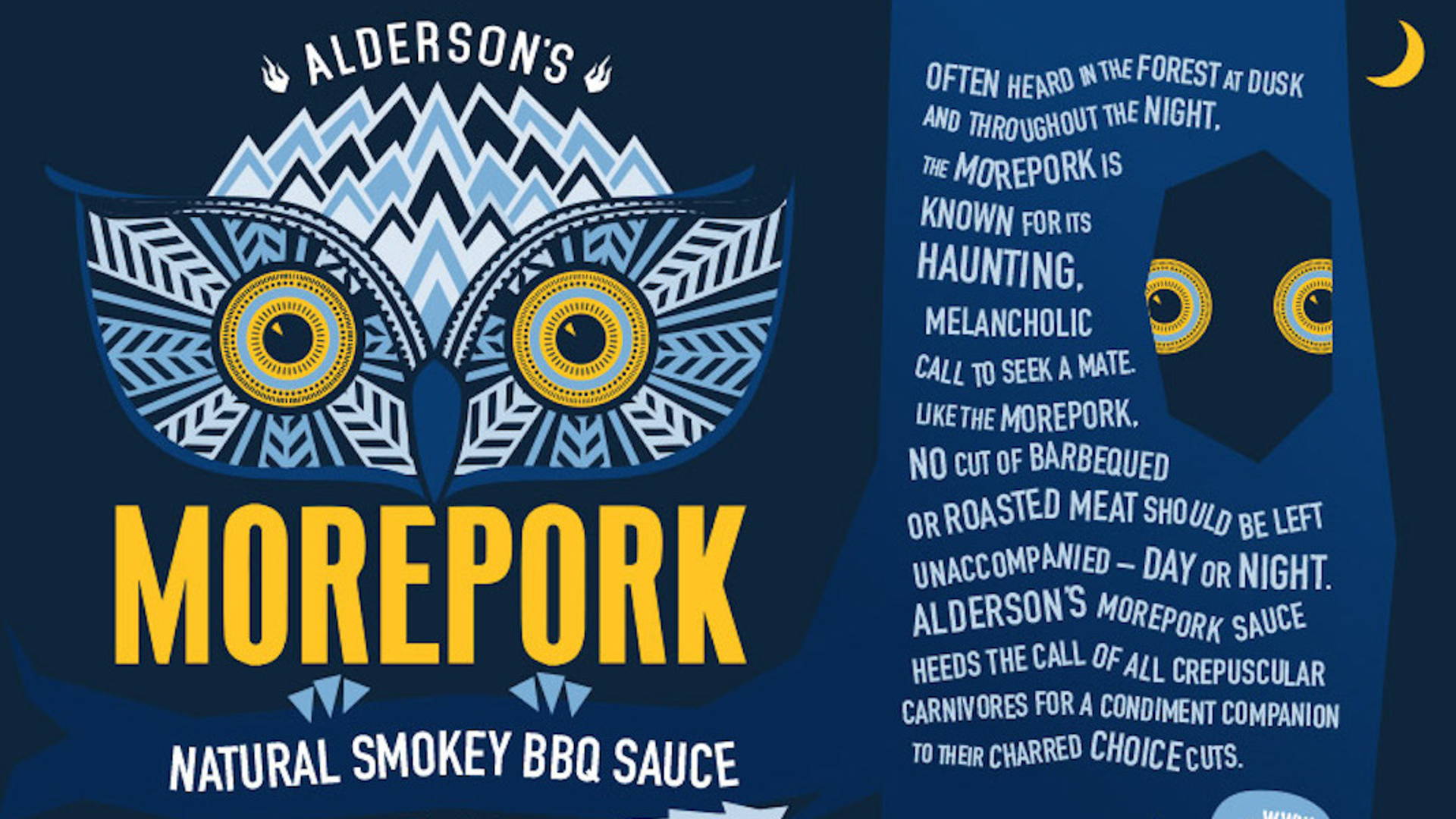 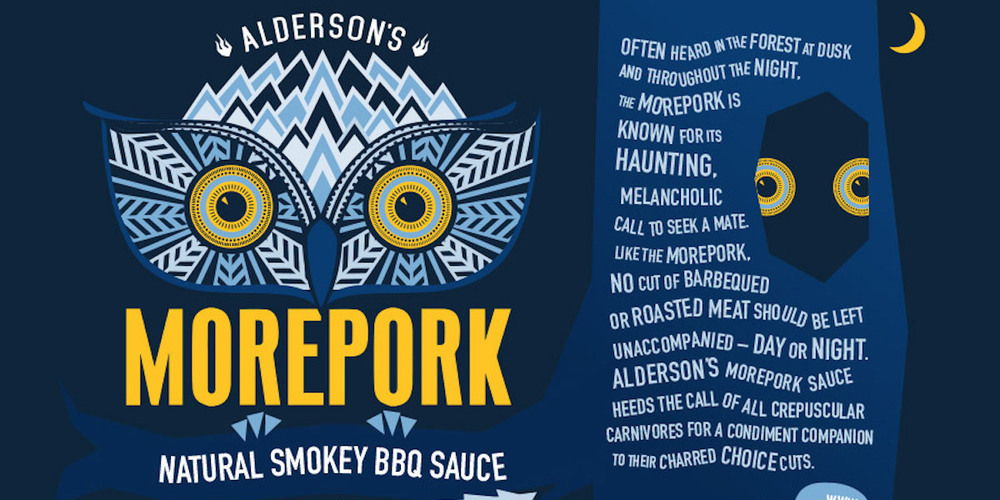 "Often heard in the forest at dusk and throughout the night, the Morepork is known for its haunting, melancholic call to seek a mate. Like the Morepork, no cut of barbecued meat should be left unaccompanied – day or night."

No, this isn’t a fairy tale or spooky story, this is Alderson’s Morepork BBQ Sauce. Alderson’s is a boutique hot sauce company that creates tasty and unique sauces. Spasm Studio designed the newest addition to their line of condiments that are made and crafted in New Zealand and use only the freshest local ingredients and produce. 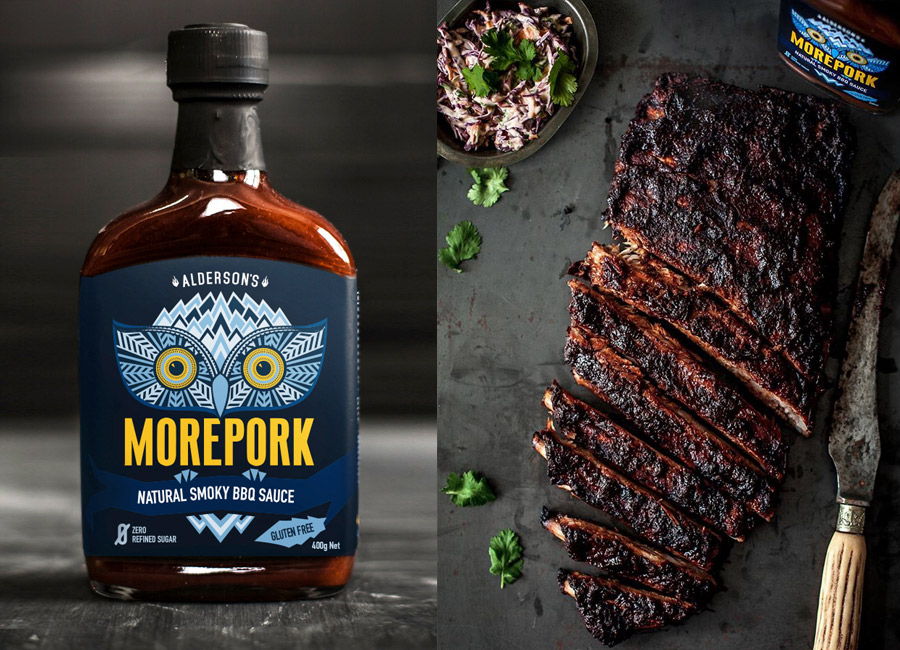 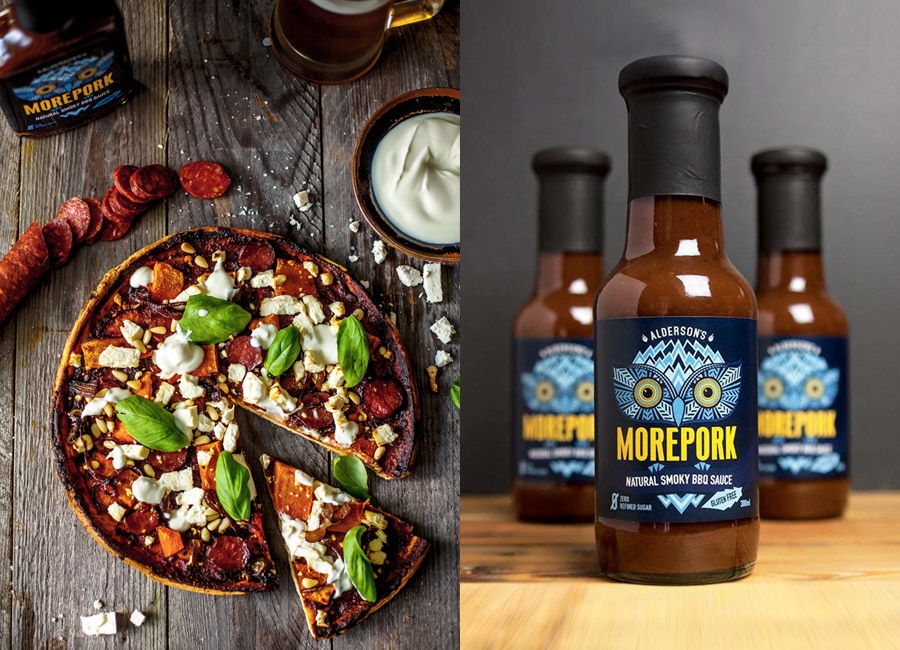 Morepork is loaded with personality, with yellow, glowing owl eyes on the front label. Against the navy blue, a faint outline of a tree wraps around to the back, on which the story of the Morepork is told. Building the product on a mysterious tale instantly creates a bond with buyers, making a connection that draws them to the BBQ sauce.

“We were asked to create illustrated packaging for the new Alderson’s product: Morepork BBQ. We developed a unique and memorable name and brand story with a New Zealand touch. Clever visual cues were used to highlight the points of difference and provide a fun but informative labeling piece.” 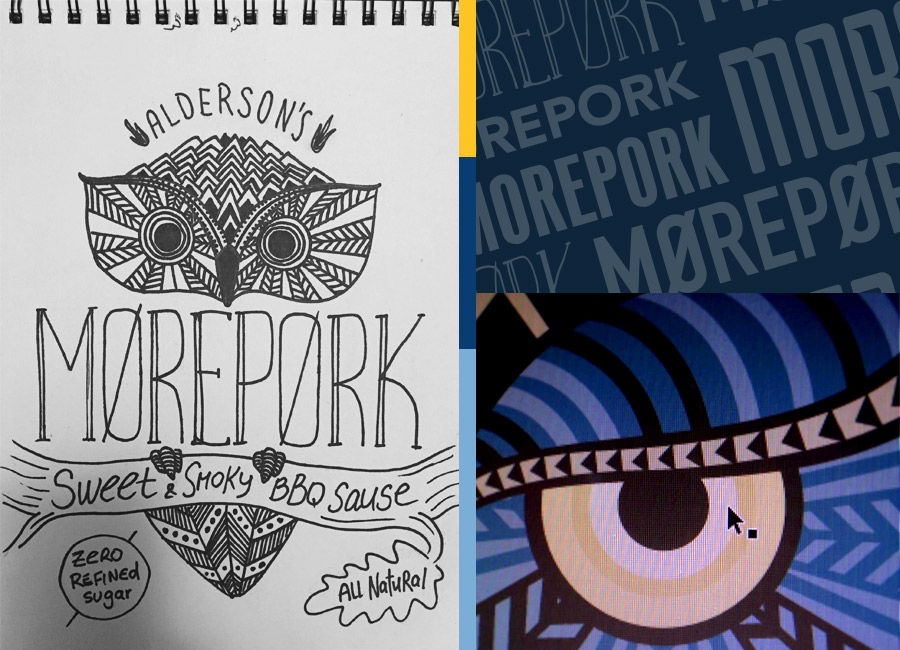 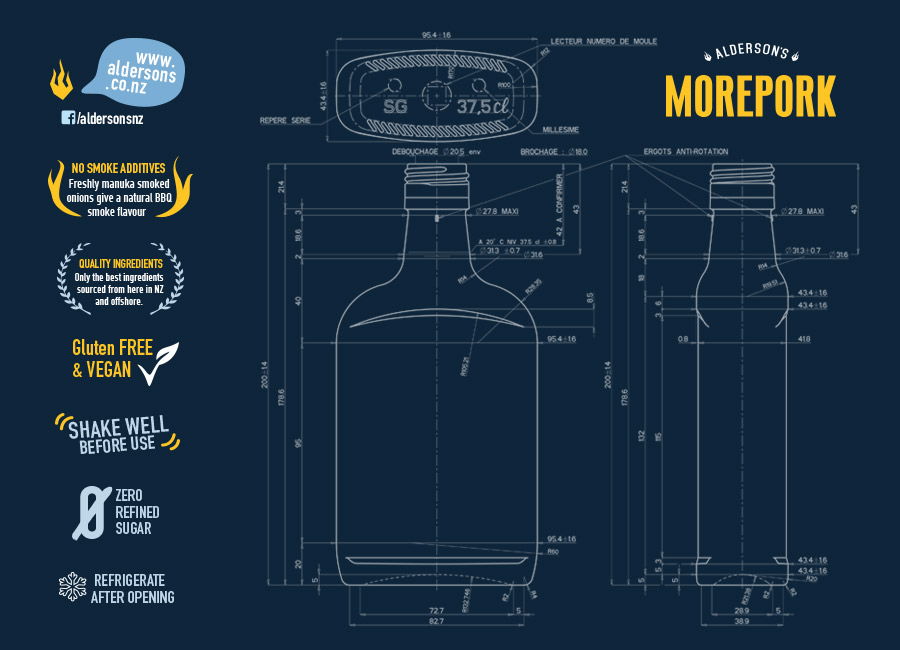 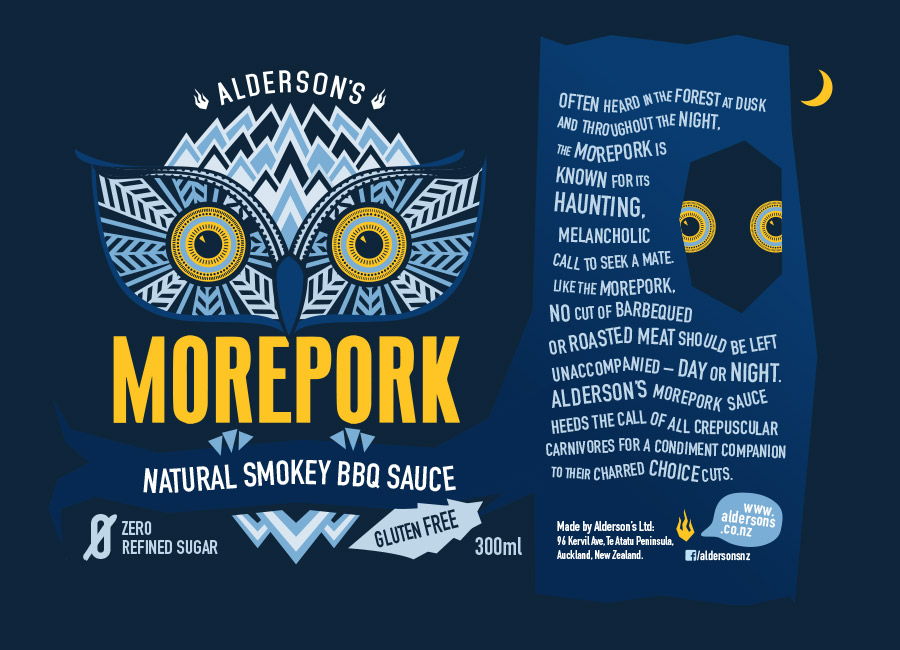