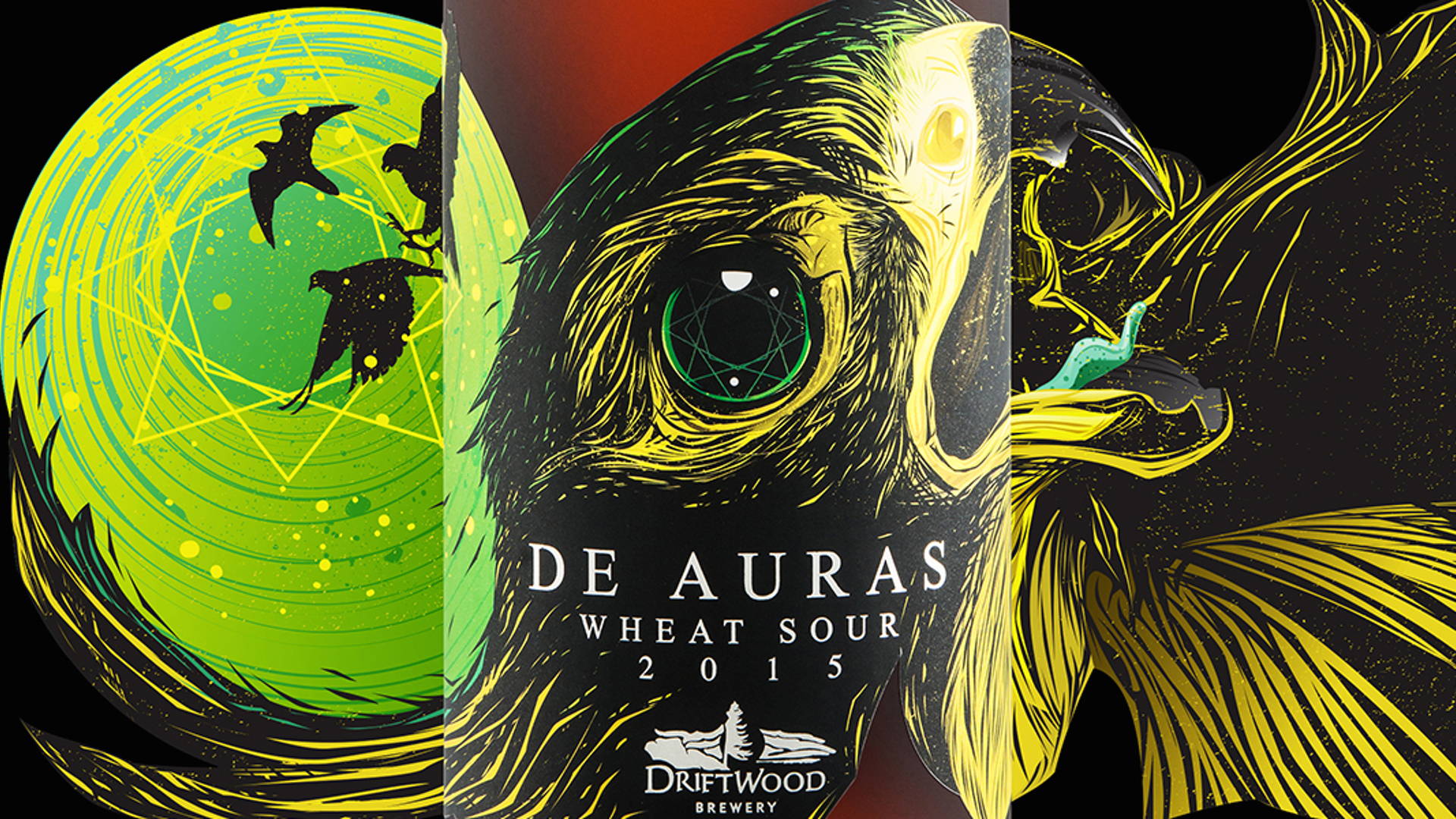 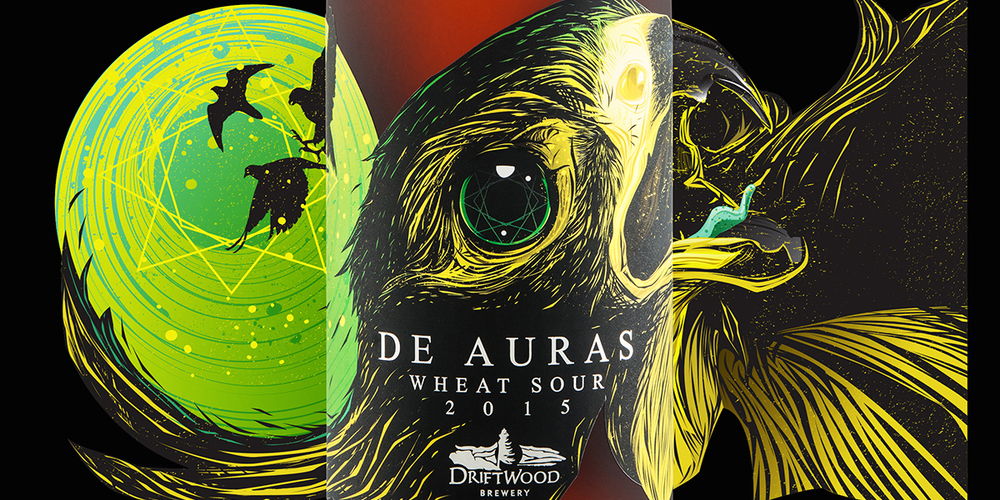 “If in a golden field a wanderer should appear as from the air, beware. Harvest is upon, the sickle raised, and through the haze, his sour leer. As quickly as the winged pilgrim travels near from nowhere, shall your spirit melt into thin, thin air.” 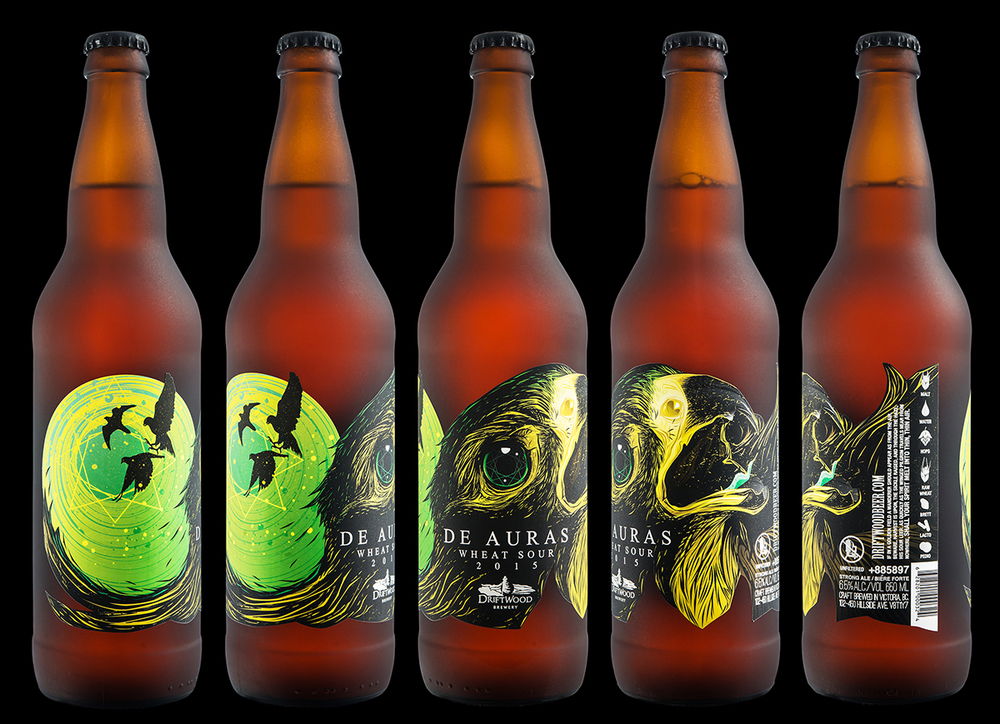 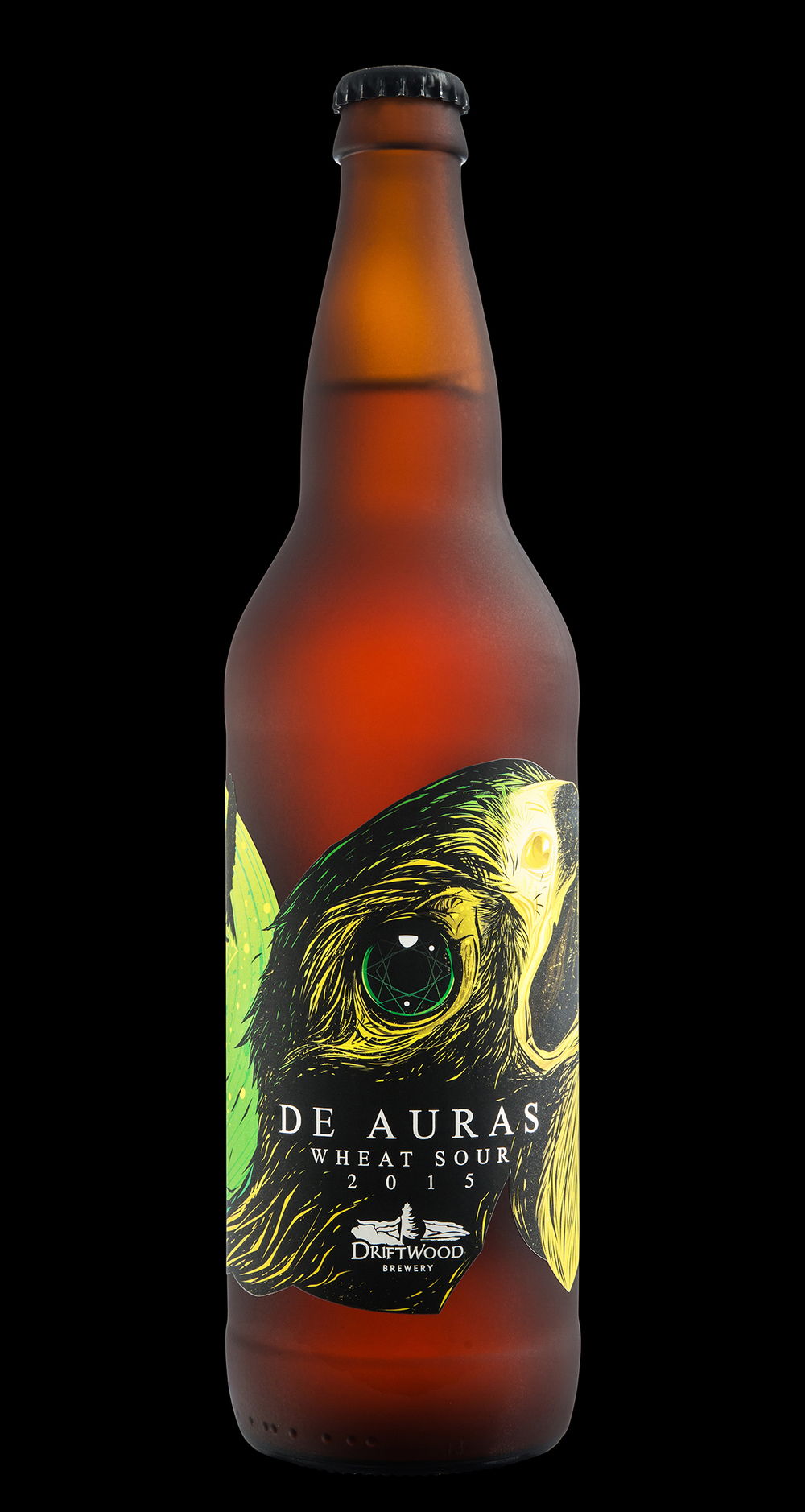 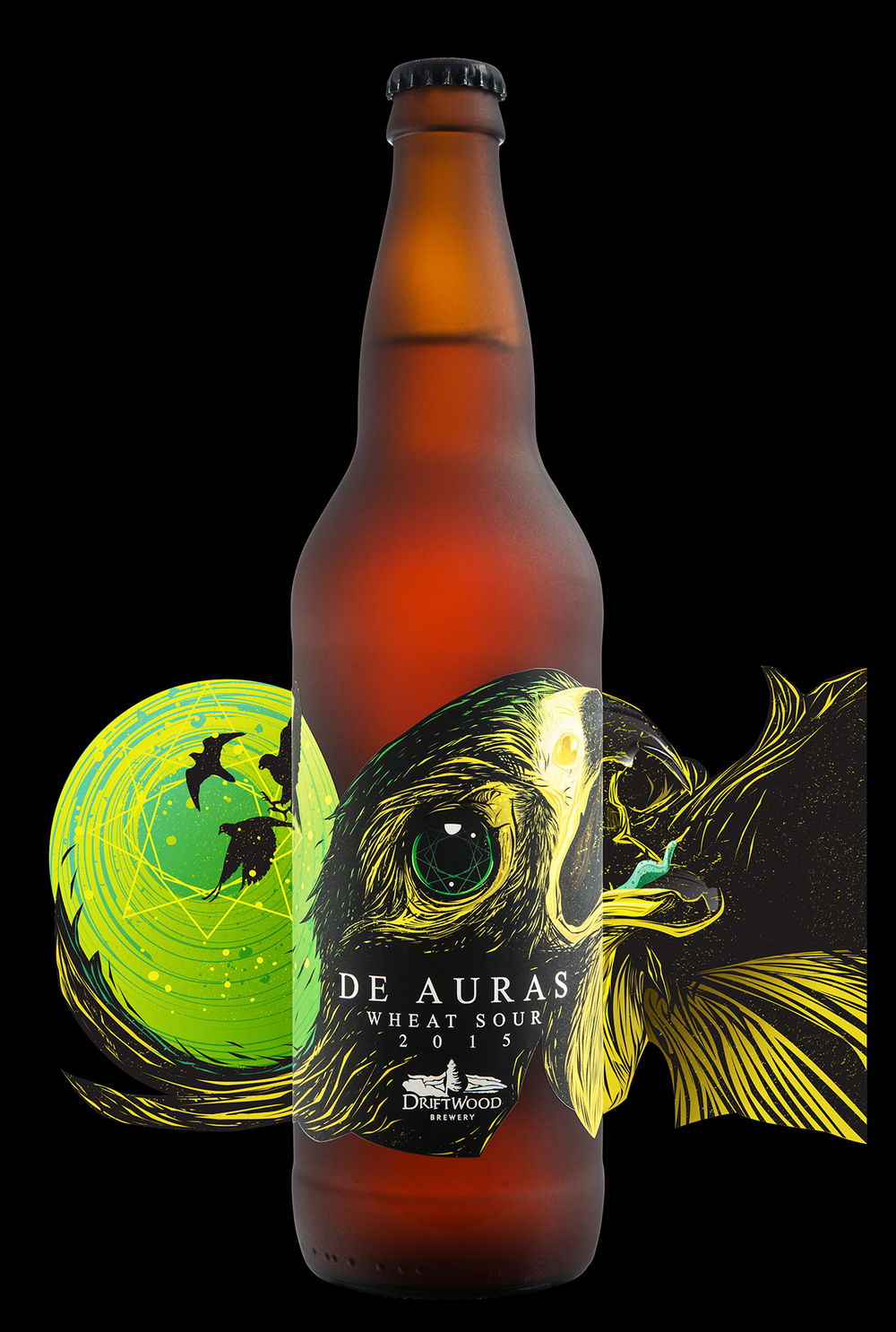 The hypnotizing label for De Auras Wheat Sour designed by Hired Guns Creative is sure to excite any craft beer enthusiast. Against the amber bottle, blacks, greens, and yellows create a mysterious and enticing effect. Look into the eye of the falcon and it’s easy to get lost in the hidden designs that are identical to the ones you can also find in the light of the moon on the back. The label feels edgy, almost dangerous and unpredictable to those who want to venture away from the typical beer choices. De Auras is illustrated with attention to detail, allowing consumers to explore it and discover new things about it, just as they will with the different notes of the wheat sour beer. 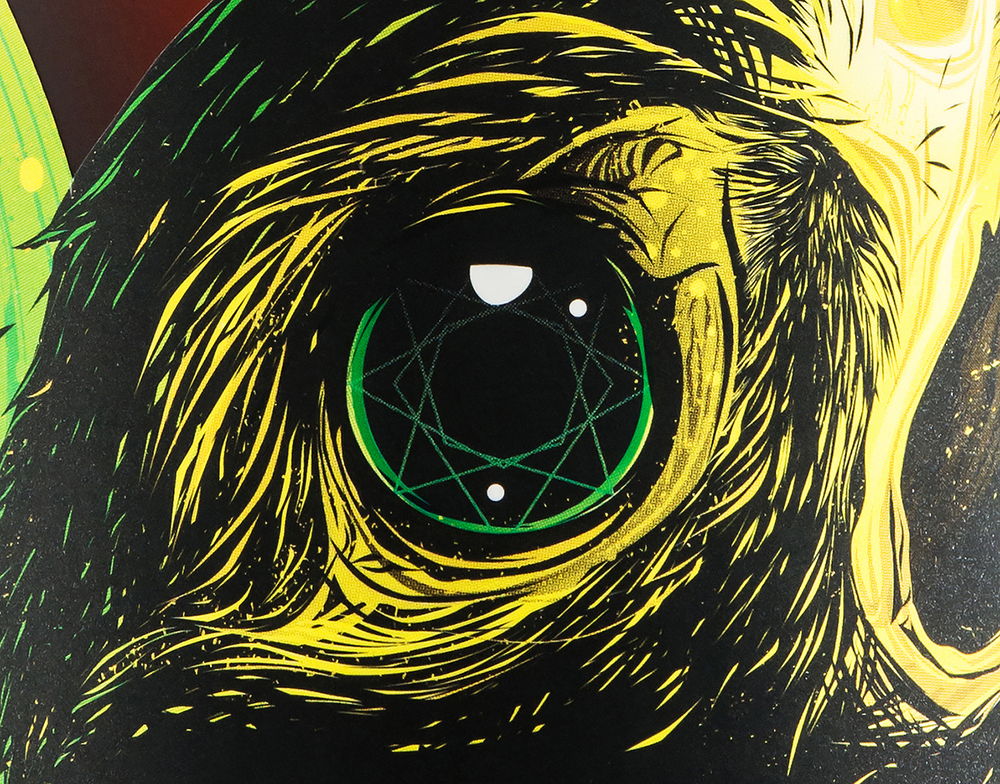 “For our second contribution to Driftwood Brewery’s Bird of Prey series, our first task was to choose a bird that befits this wheat sour. We decided on the peregrine falcon, whose name means ‘through the field’ and ‘sickle,’ and who is renowned for high-speed aerial attacks.” 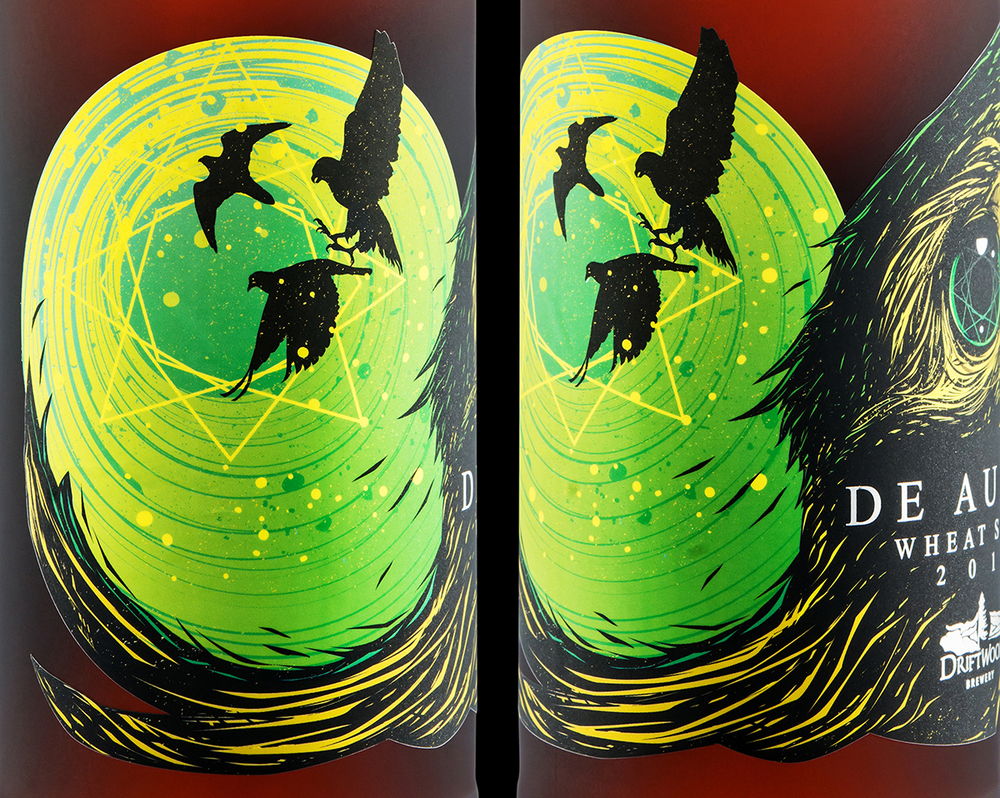 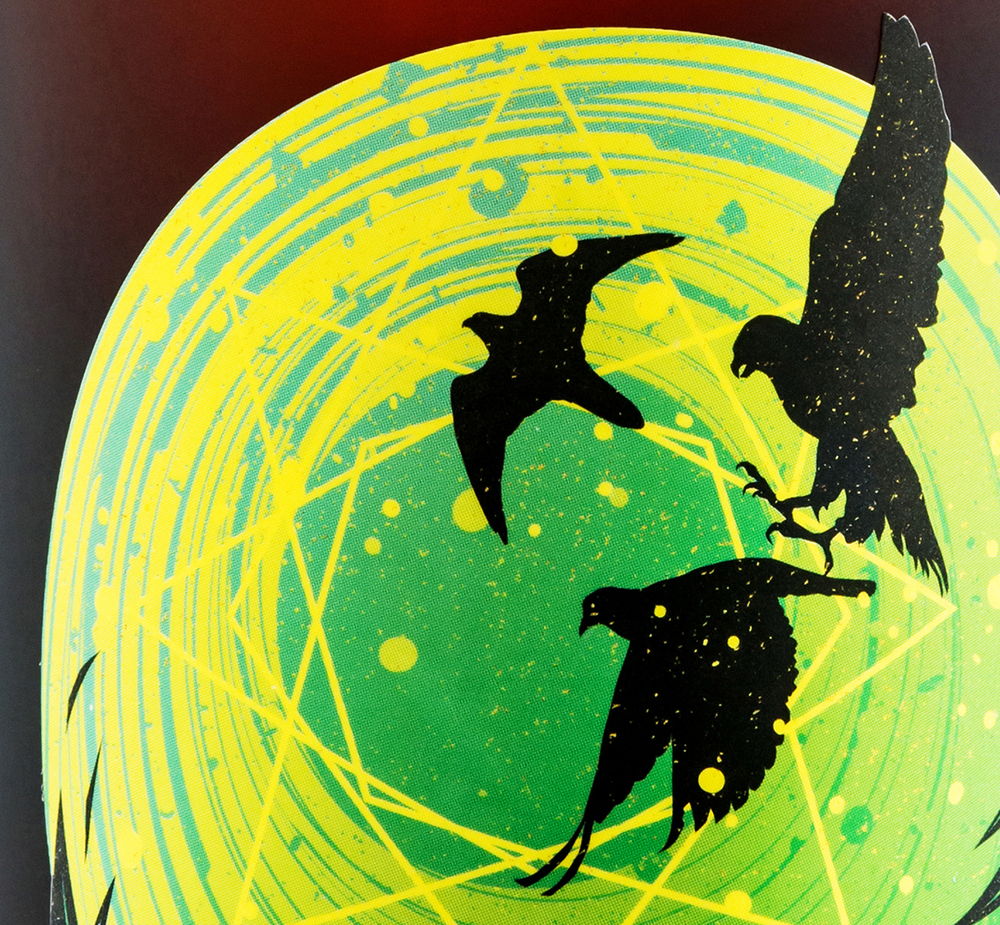 “We created the name De Auras, resonating with the Bird of Prey names, and whose elevated nature causes narrative tension when set against the violent imagery. To contrast with the balanced, iconic stare of Obscuritas Dark Sour, we decided to illustrate the peregrine falcon’s unnerving sideways leer. The extreme close-up of the one eye adds a sense of dynamics and speed by contrasting with the violent silhouettes viewed from afar, their background echoing the eye.” 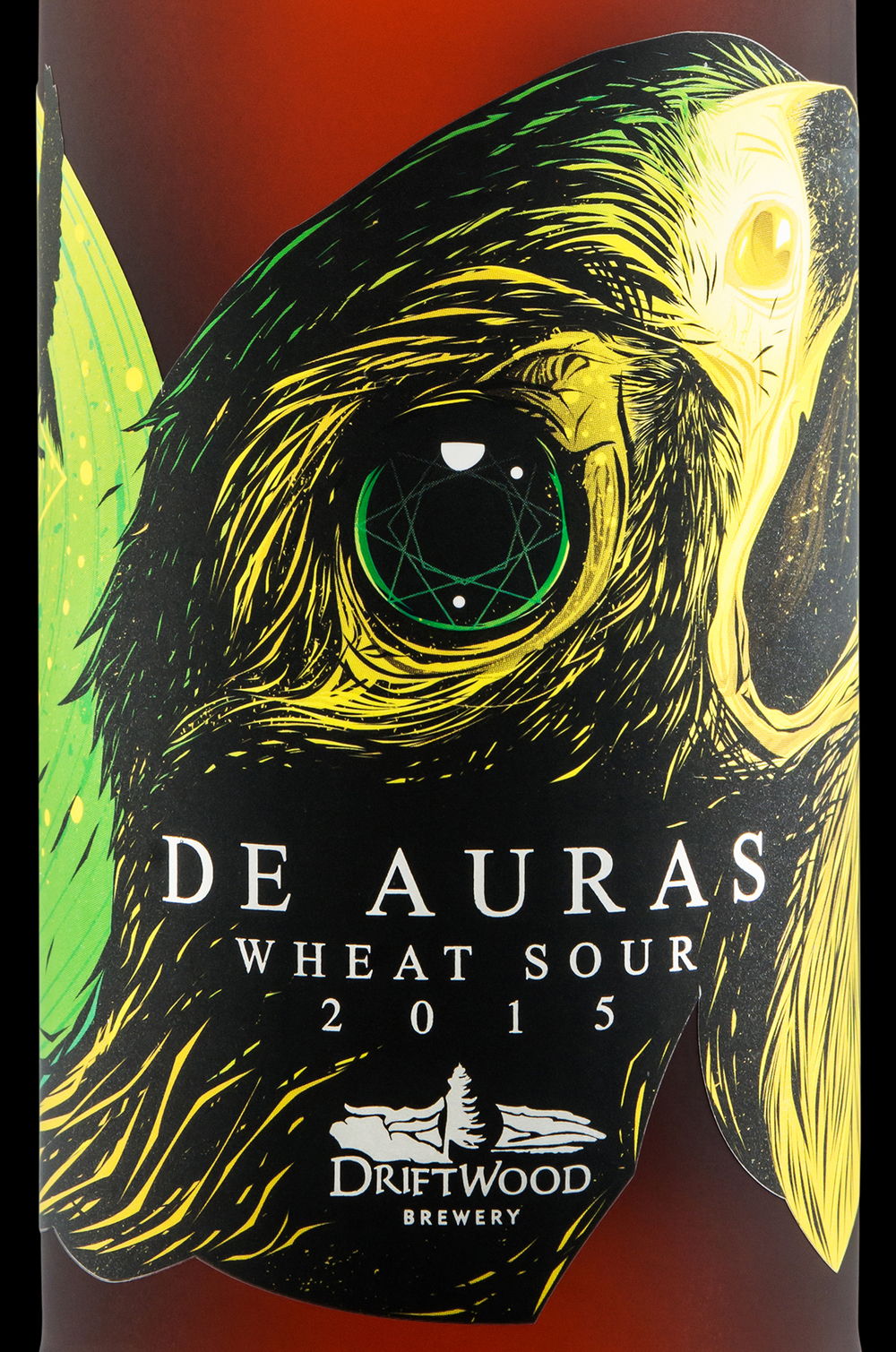