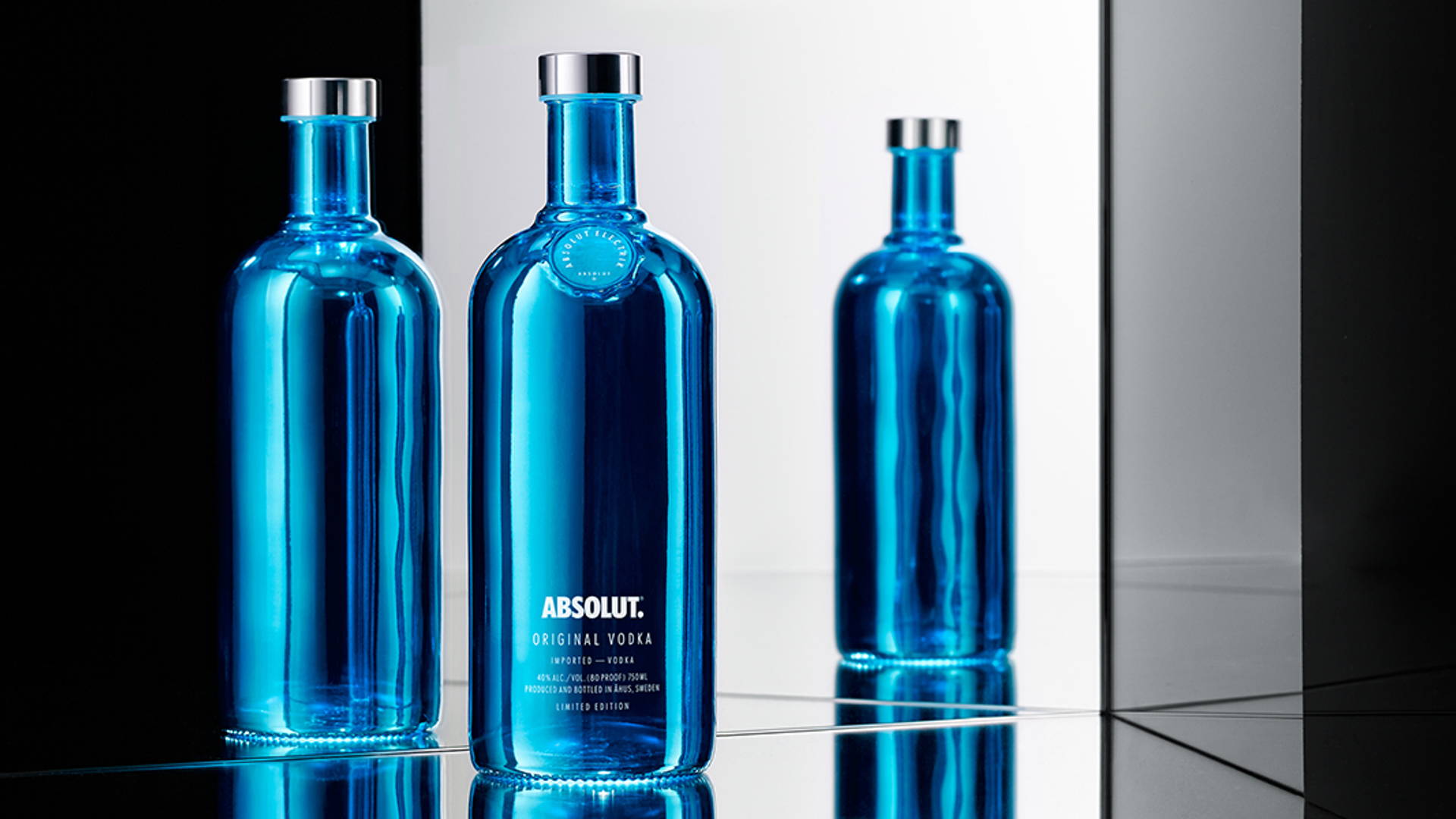 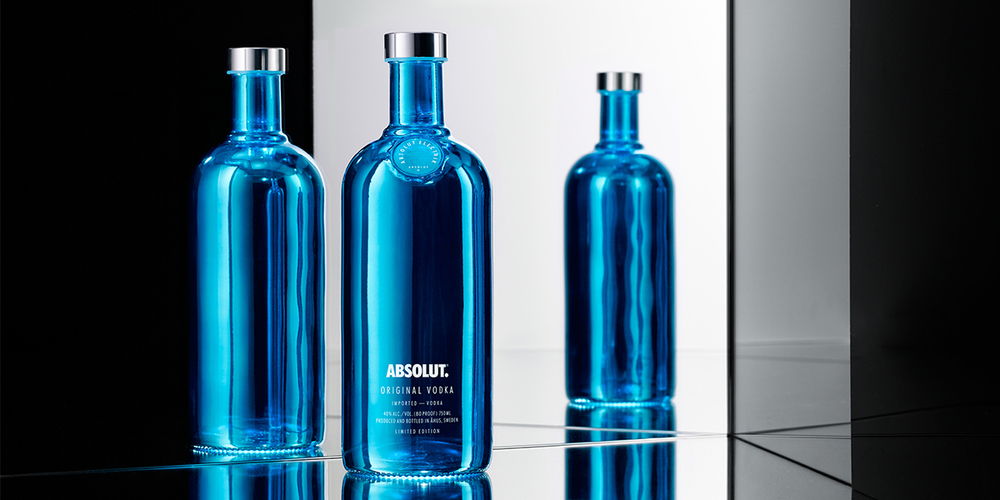 This holiday season Absolut Vodka has taken a departure from their well-known “highly decorative” art direction and have released minimalist, single color blue and silver bottles that sparkle like Christmas tree lights. Absolut Electrik is a global limited edition Absolut Vodka bottle that is covered in a semi-transparent metallic, mirror-like coating that will be grabbing attention wherever it goes. The Absolut Electrik campaign features a house/electronic music theme and the bottles were first released at a futuristic house party in Los Angeles. But, the bottles off course needs to attract all the non-house fans out there as well, the ones that just want beautiful bottles or gifts for all the holiday home (house) parties. 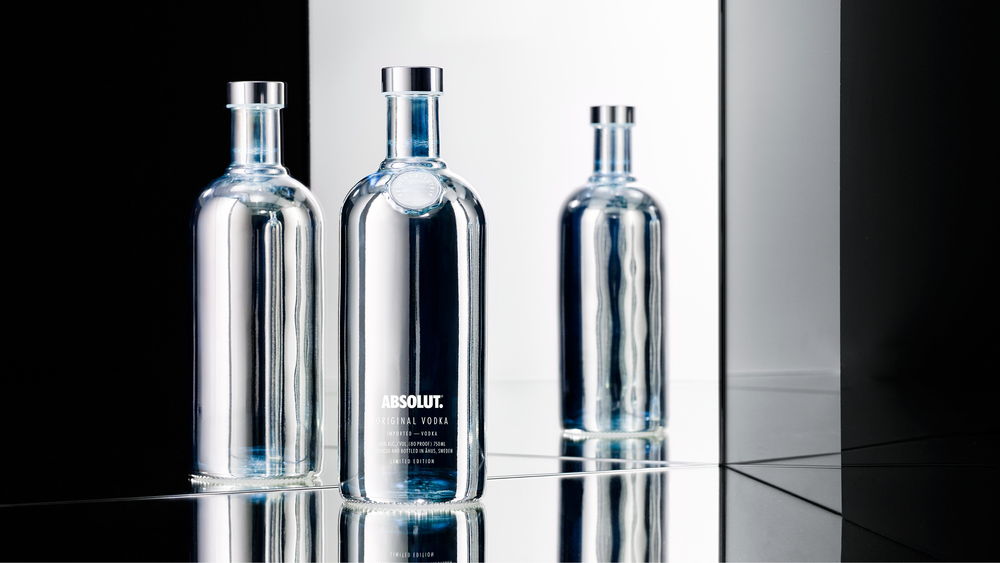 “Absolut wants to turn all the winter holiday nights and house parties Electrik.” The Absolut Company worked in conjunction with their design partners Brand Union and their glass producer to create beautiful metallic/mirror coated bottles in two colors, Electrik Silver and Blue. The bottle graphics are minimal, with the brand name typeset towards the bottom of the bottle rather than the usual oversized name and script that take up the entire front of the bottle. The shiny silver and blue coatings are the rockstars of these bottle designs, and all other design elements have been stripped away in order to let the colors shine. “Although metallic, the actual wet goods is seen through the glass – the vodka and the glass picks up surrounding light and reflects it, creating an ‘Electrik effect’ on the inside of the glass coating, which moves in a spectrum of subtle hues of blue.” The Absolut Electrik bottles are striking. Simple, sleek and metallic. They can serve as a muse for a high-energy night out or sit on the table sparkling under the Christmas tree glow. It’s your choice what you want to make of the holidays. 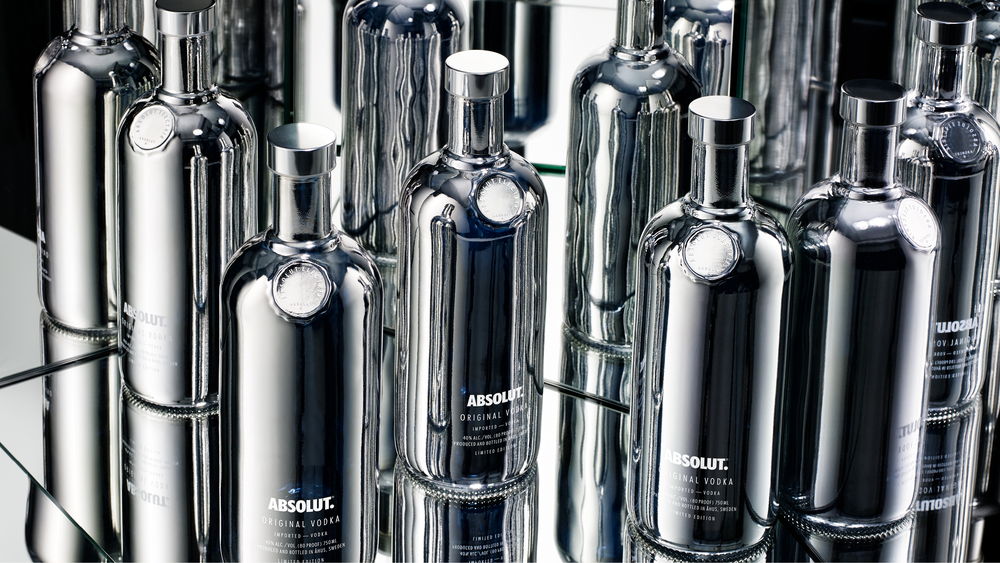