It's the end of the week! TGIF! Time to unwind with some Concepts We Wish Were Real. 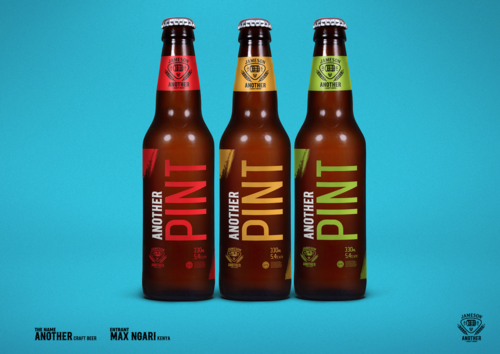 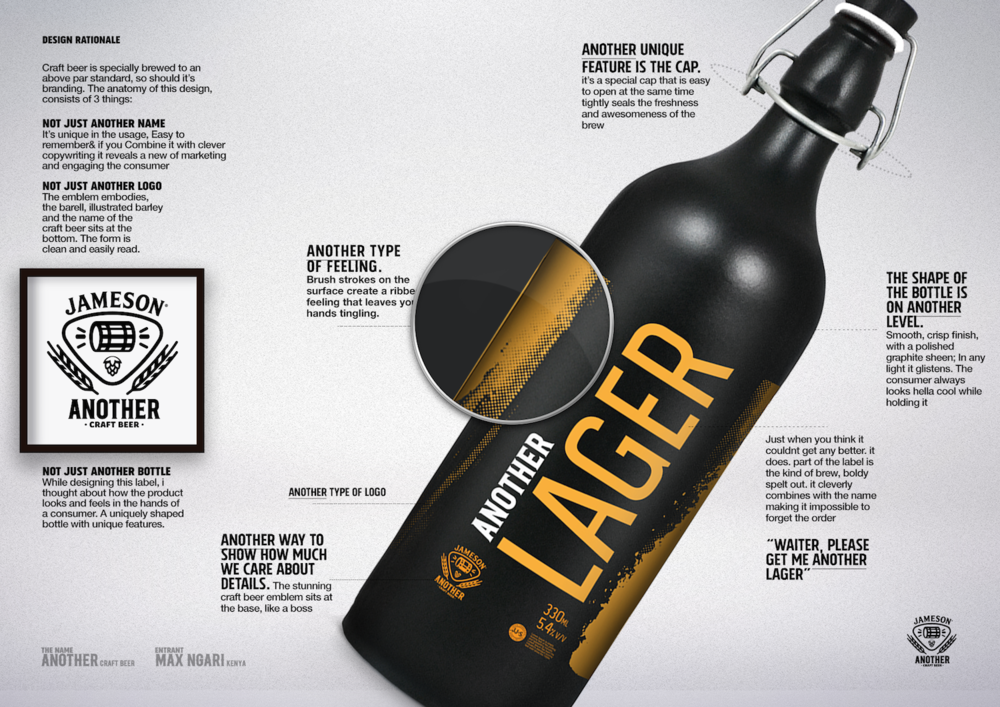 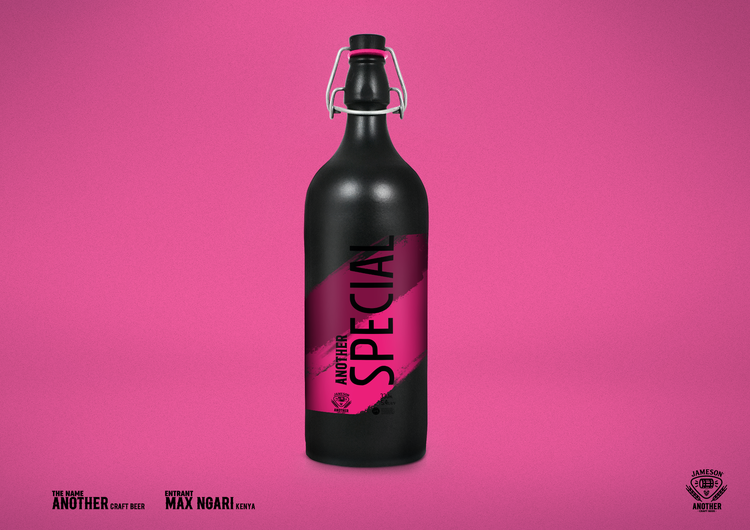 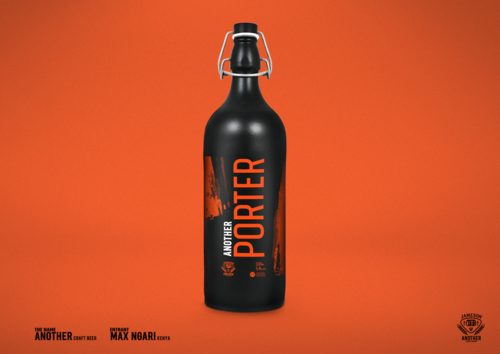 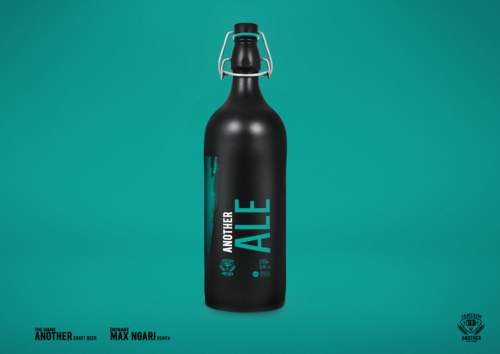 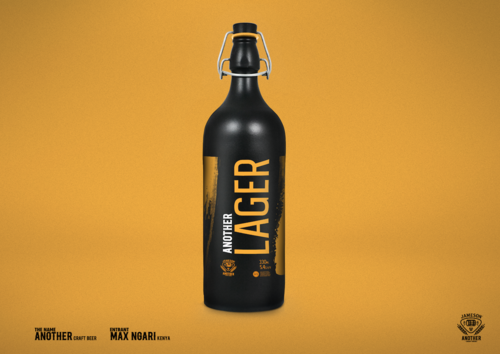 This is not just another beer. With new craft brews popping up every day, Jameson Whiskey wanted in on the action, and Max Ngari’s designed a creative concept for the new product. “This year, Jameson Whiskey in Kenya held a contest to create new packaging for a new product they wanted to unveil. It was a craft beer in partnership with a boutique brewery in the country. Their brief was to come up with a modern design and a catchy name.”

First and foremost, customers are going to be interested and intrigued by this beer simply because of the Jameson brand. Ngari’s name for the brew allows Jameson’s name to take center stage and attract current customers to purchase the drink. Tall, sans serif letters appear on the bottles in various bold colors, making Another modern and forward-thinking. The swing top bottles feel somewhat traditional, making the brew a nice mixture of old and new. 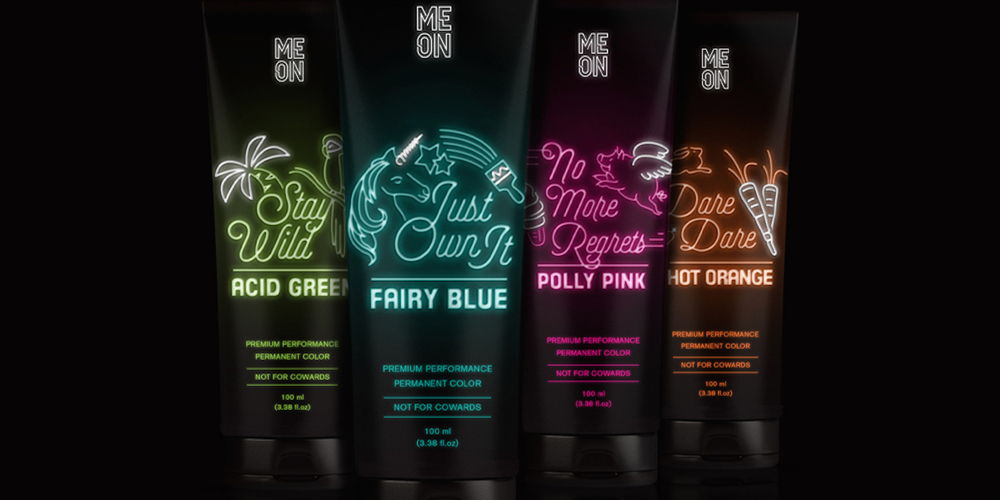 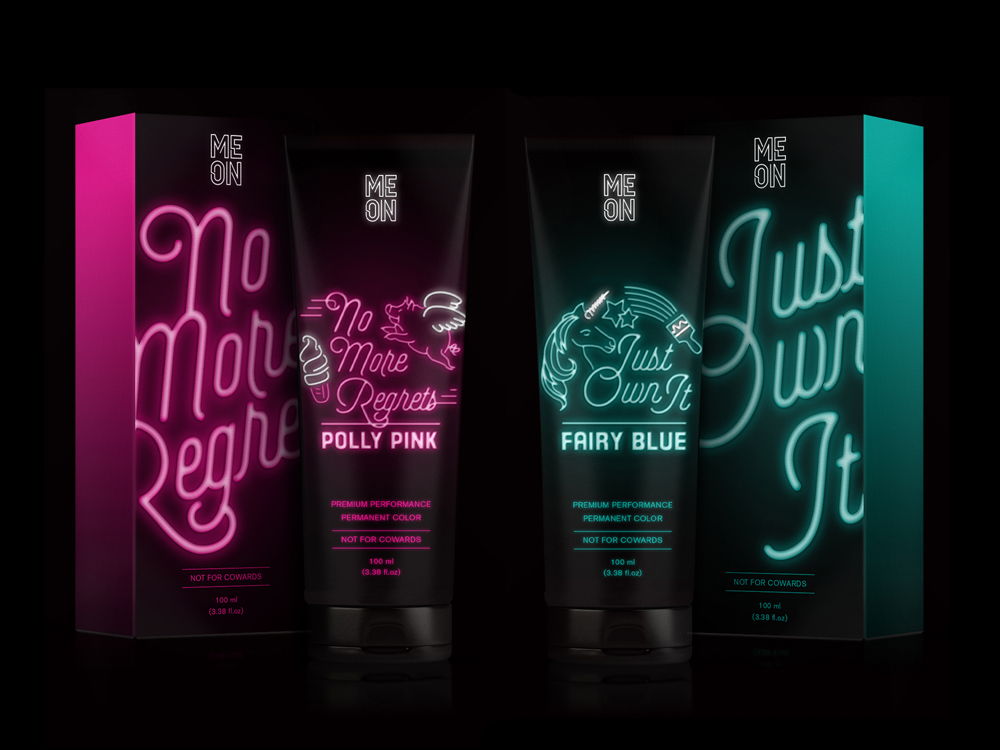 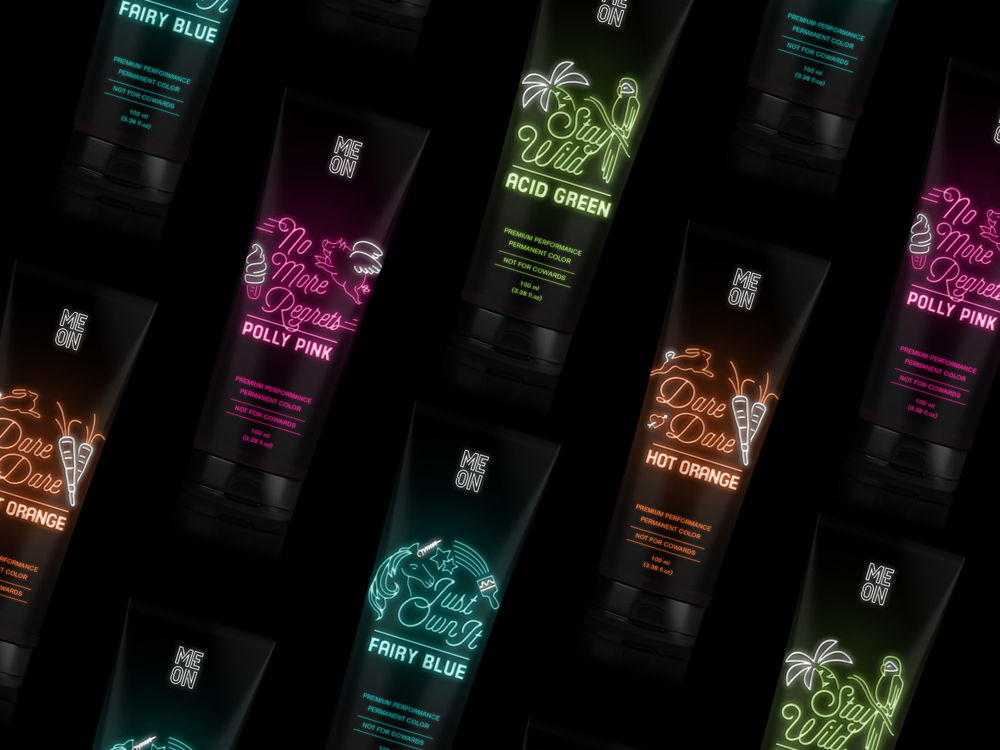 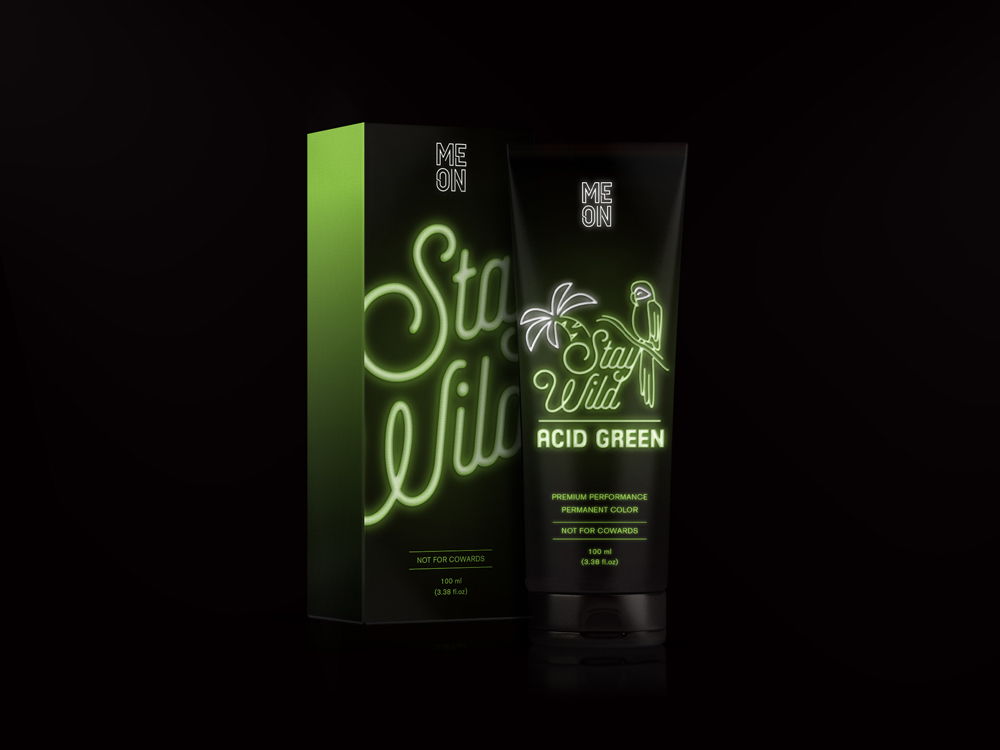 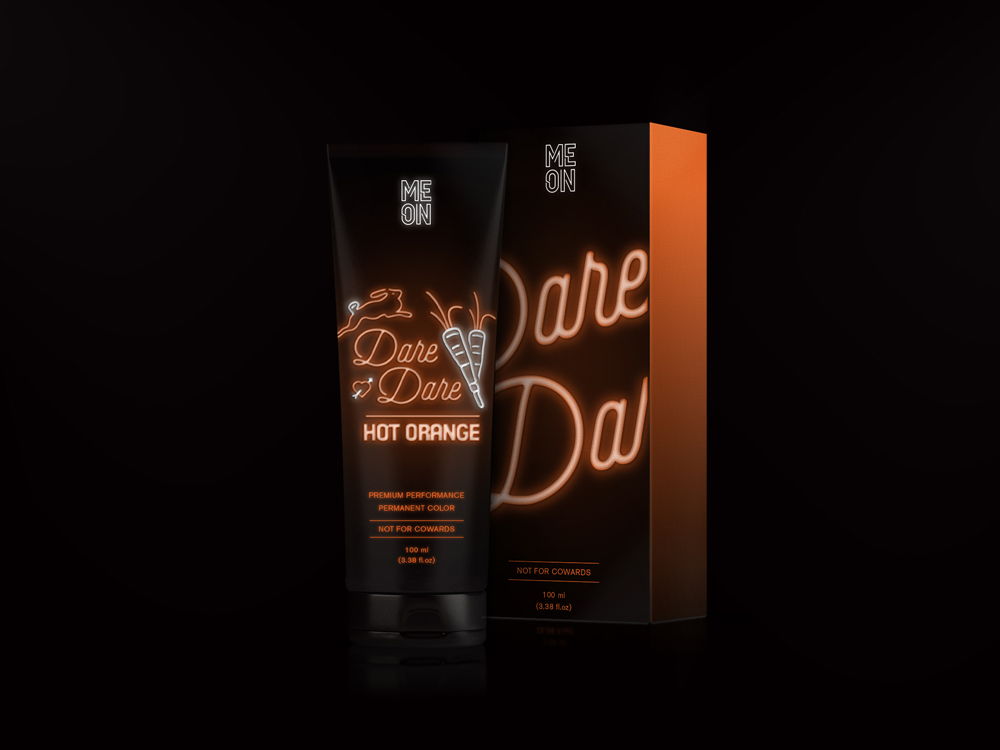 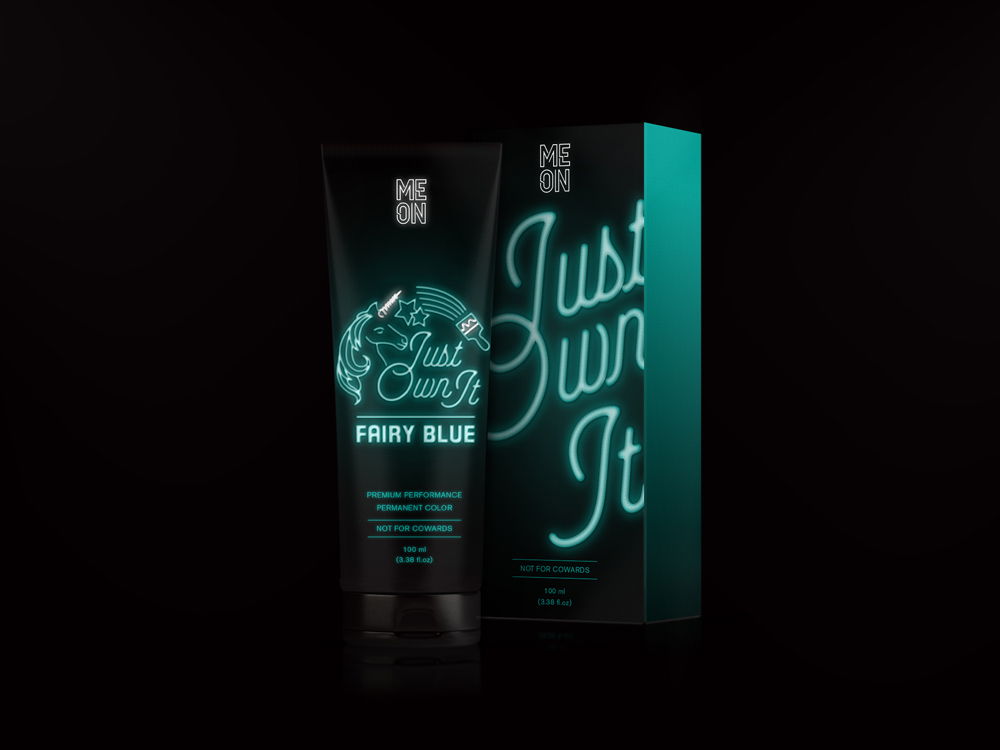 Warning: this hair dye is not intended for cowards. With ridiculously bright colors that are sure to make everyone take a second glance, Meon’s packaging designed by Beatrice Menis and Anna Johansson is just as bold as its product.

“This project was born from a one-day-only creative exercise. The idea was to keep it as creative as possible in a short amount of time; we had to come up with a concept and bring it to live: that’s how Meon was born. What is Meon? It’s a brand for neon colour hair dyes.”

“Nowadays the market is full of crazy hair dyes, from shocking pink to dreamy turquoise, but the packaging is lacking personality, definitely not reflecting the bold individual buying the product. This is the reason why we’ve decided to turn things around and create Meon, a packaging that would truly reflect the personality of the product inside! The naming ‘Meon’ derives from neon; we’ve added the ‘me’ in front of it which reflects the personality of the brand and of the consumer. It’s all about crafting your own identity through your own image, so we thought that creating a brand name that would directly talked to consumers was an effective way of communication.”

Against the pitch black packaging, the bright colors stand out like a neon sign on a dark street corner. The designs are fanciful and fun, clearly intended for adventurous types in their 20s and 30s. Even the color names, like Fairy Blue or Polly Pink, imply that Meon doesn’t take itself too seriously, and is perfect for those looking to spice up their hair.

“The Meon range comes in four neon colours; acid green, fairy blue, polly pink and hot orange. Each colour comes with an adjective that describes both the colour and the personality of the consumer buying it. The colour personalities are supported by a sentence on the packaging; for example the ‘Acid Green’ colour comes along with the sentence ‘Stay Wild.’ Last but not least the outer packaging warns that this product is ‘not for cowards’ provoking the consumers buying it.” 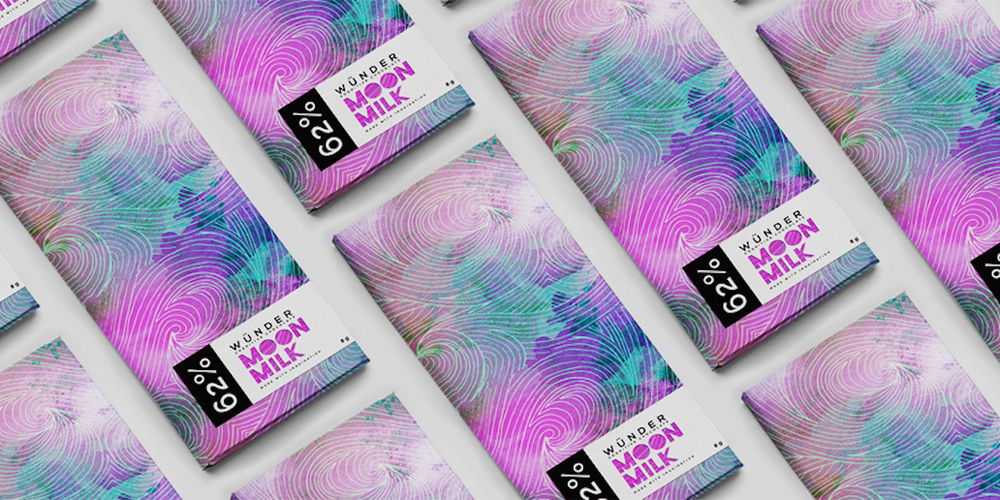 Synesthesia is defined as the production of a sense impression that relates to one sense by stimulating another sense entirely—for example, seeing colors when listening to music. Jack Thompson tries to give a feeling of this through his concept for Wünder chocolate.

Wünder goes beyond the boundaries of typical colorful packaging and features dreamy, hypnotizing designs that are easy to get lost in. The packaging is not of anything in particular, and instead allows consumers to form their own ideas and images by looking at it. Lines, watercolors, and simple gradients give the packaging multiple layers and added dimension. 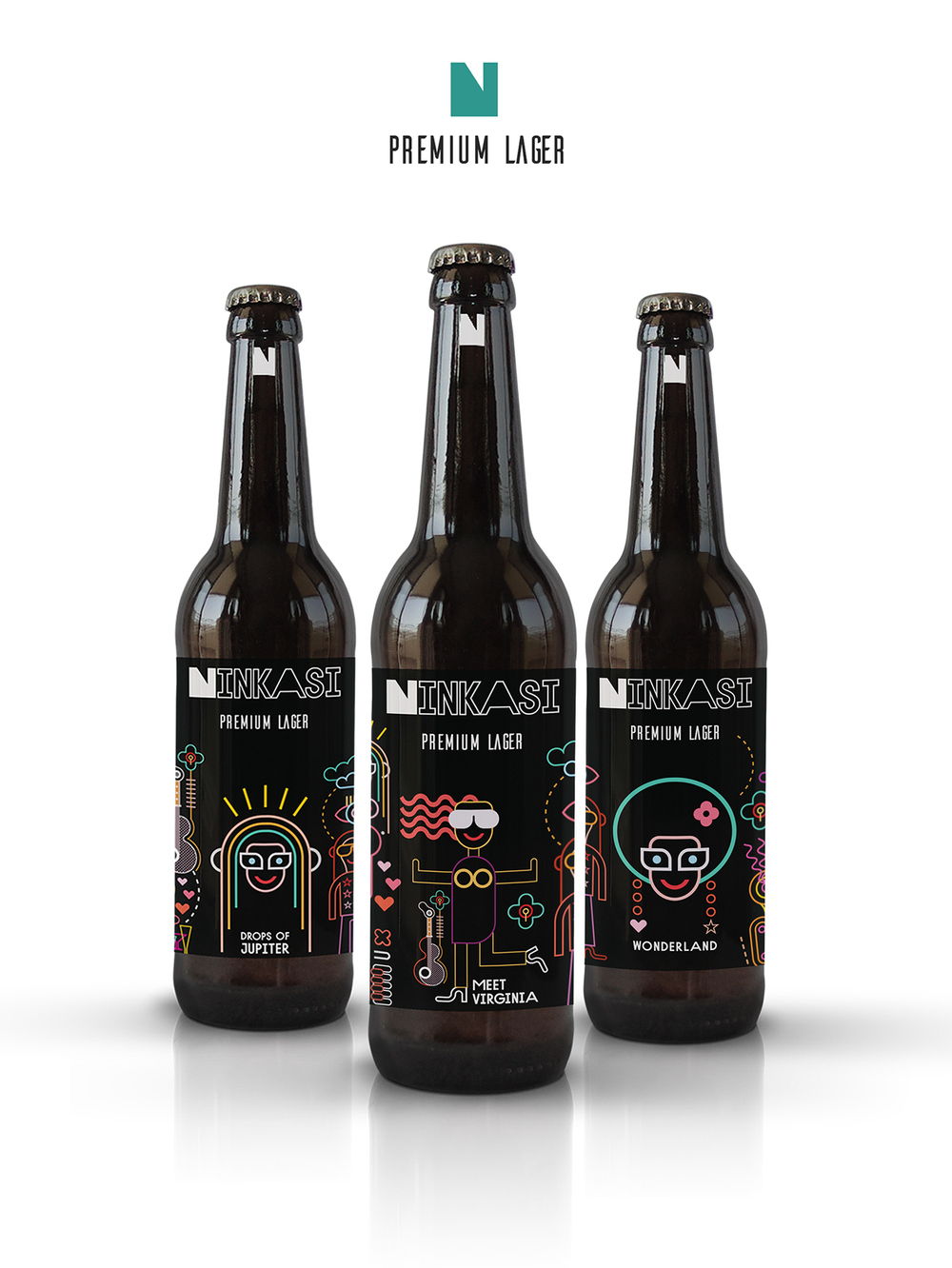 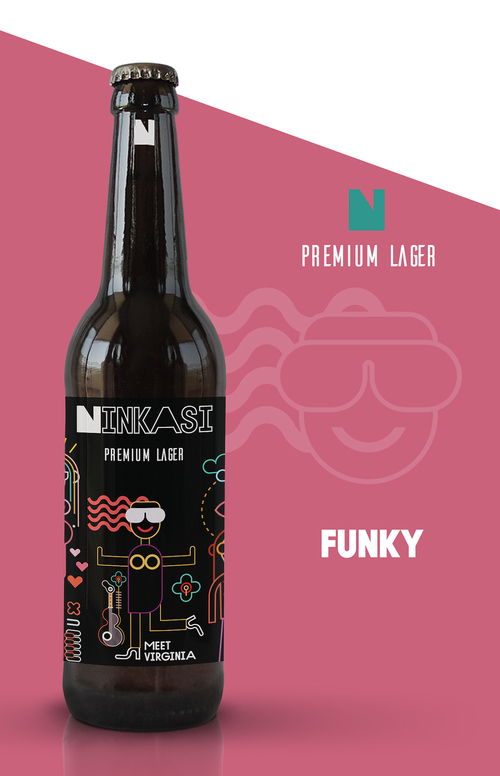 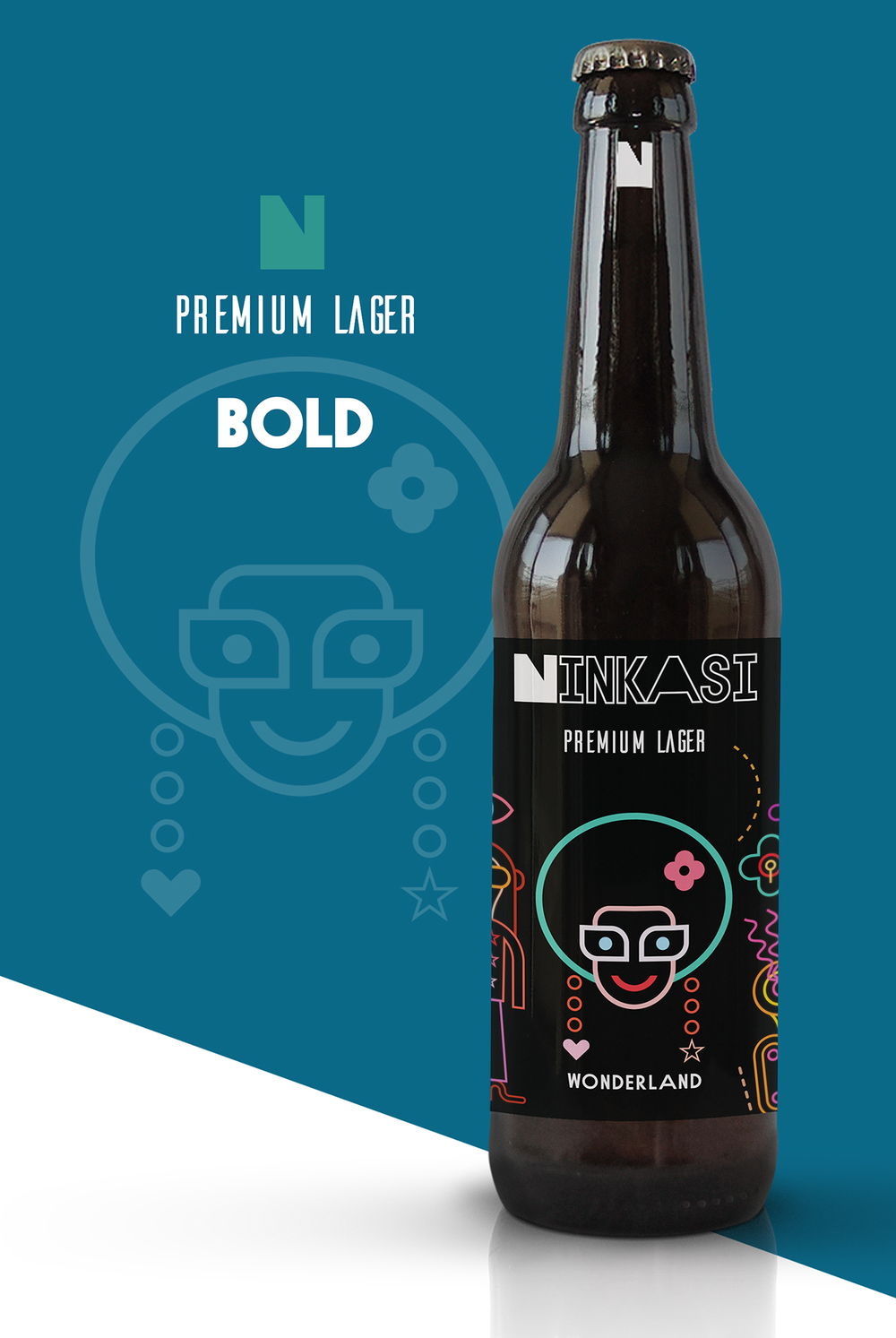 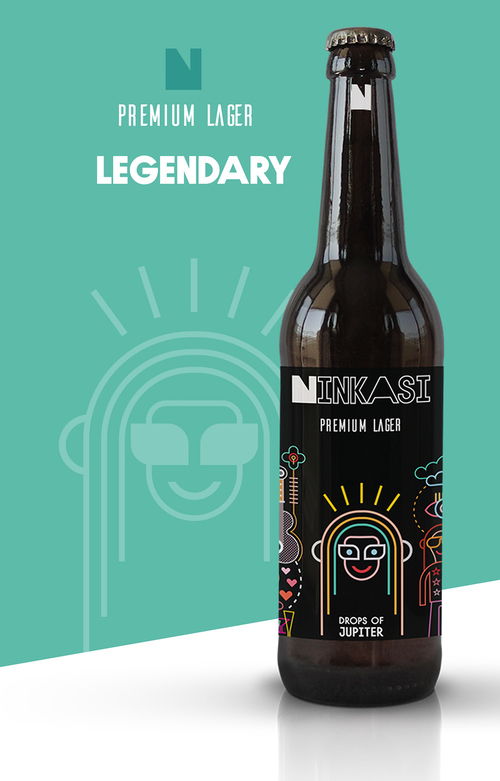 This delightful premium lager looks like it’s straight from the 80s roller rink. Bold hues and funky graphics help Ninkasi Craft Beer stand out in a saturated market. Designed by Susan Silot, Ninkasi is great whether it’s a night in or a night out. Against the black label, bright colors and a font with outlines and block letters immediately catches the buyer's’ attention. Flowers, smiling people, and guitars look like the Summer of Love. The traditional amber bottle immediately communicates that it’s a beer, and the fun and fresh look communicates that this is new craft brew for beer lovers. The overall design embodies the qualities of the beer itself: funky, bold, and legendary. 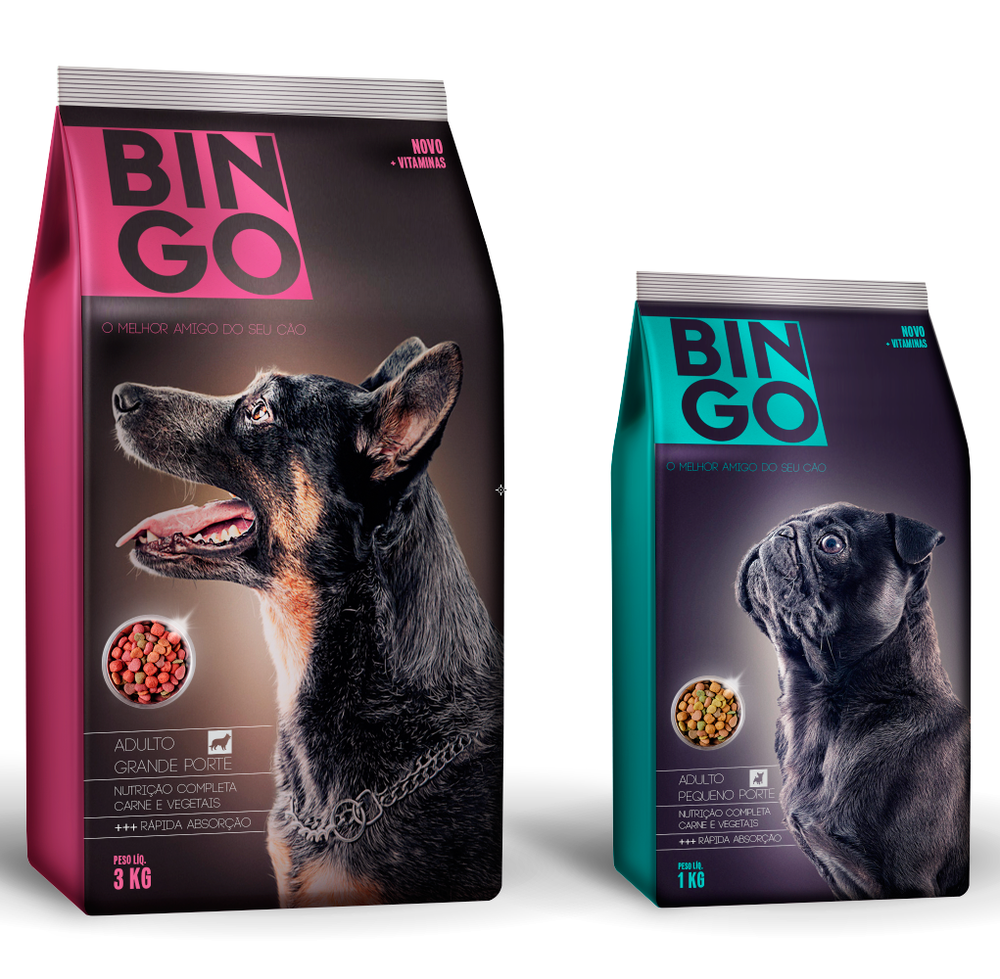 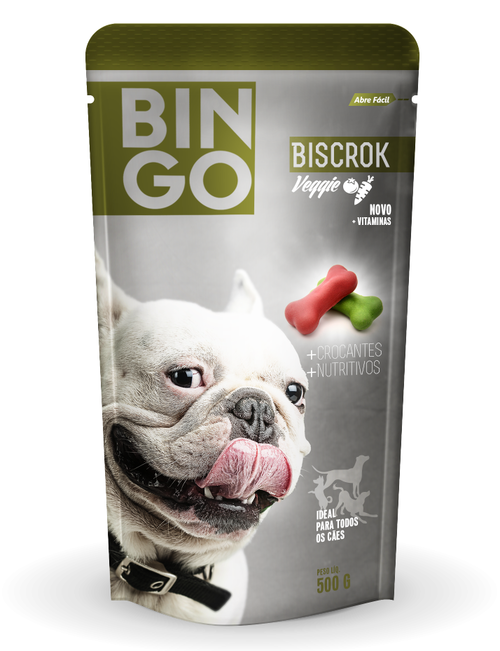 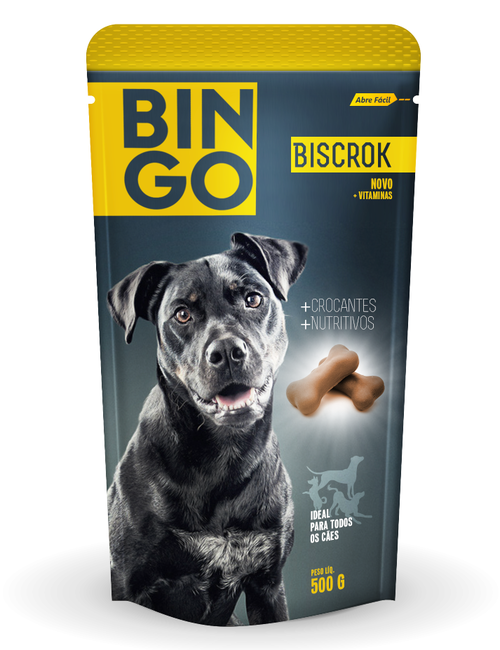 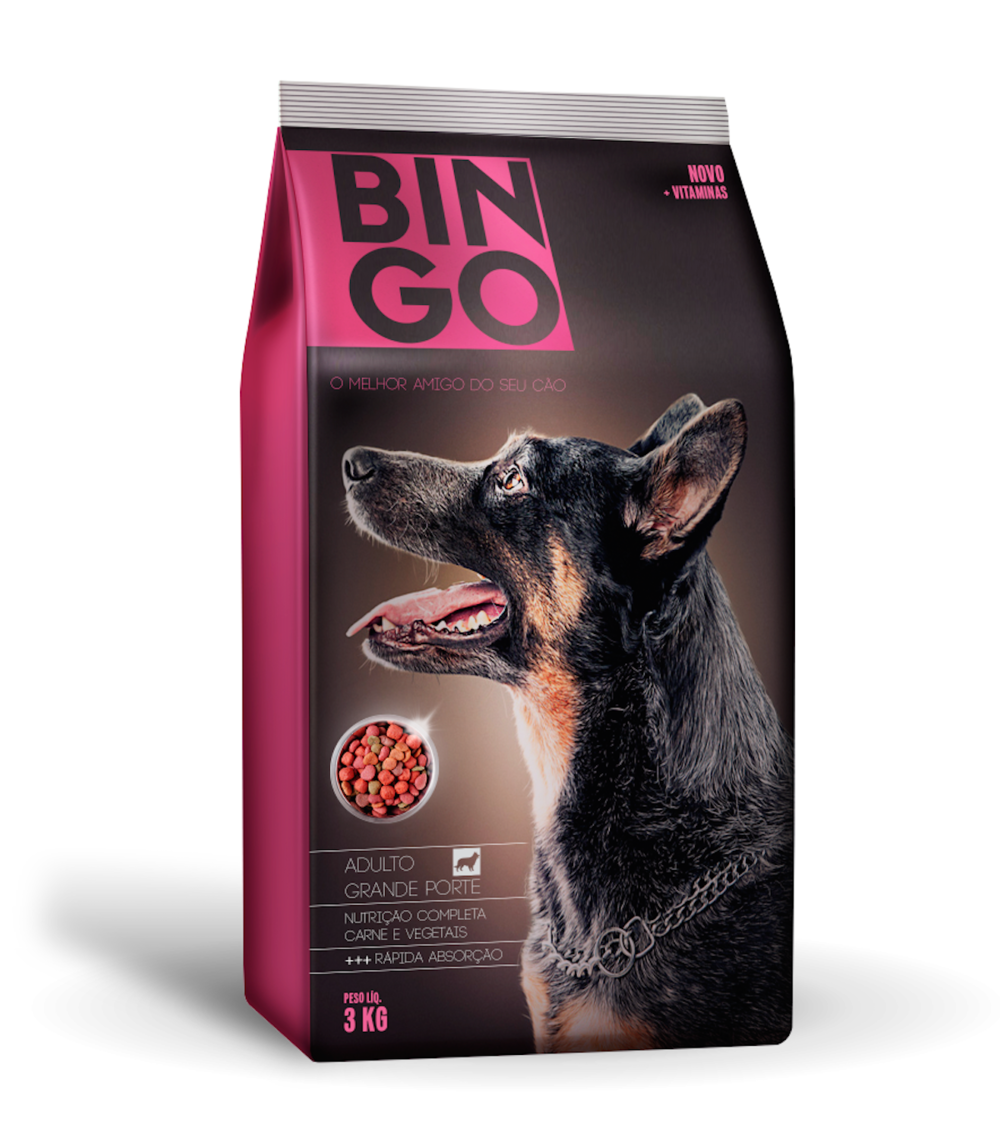 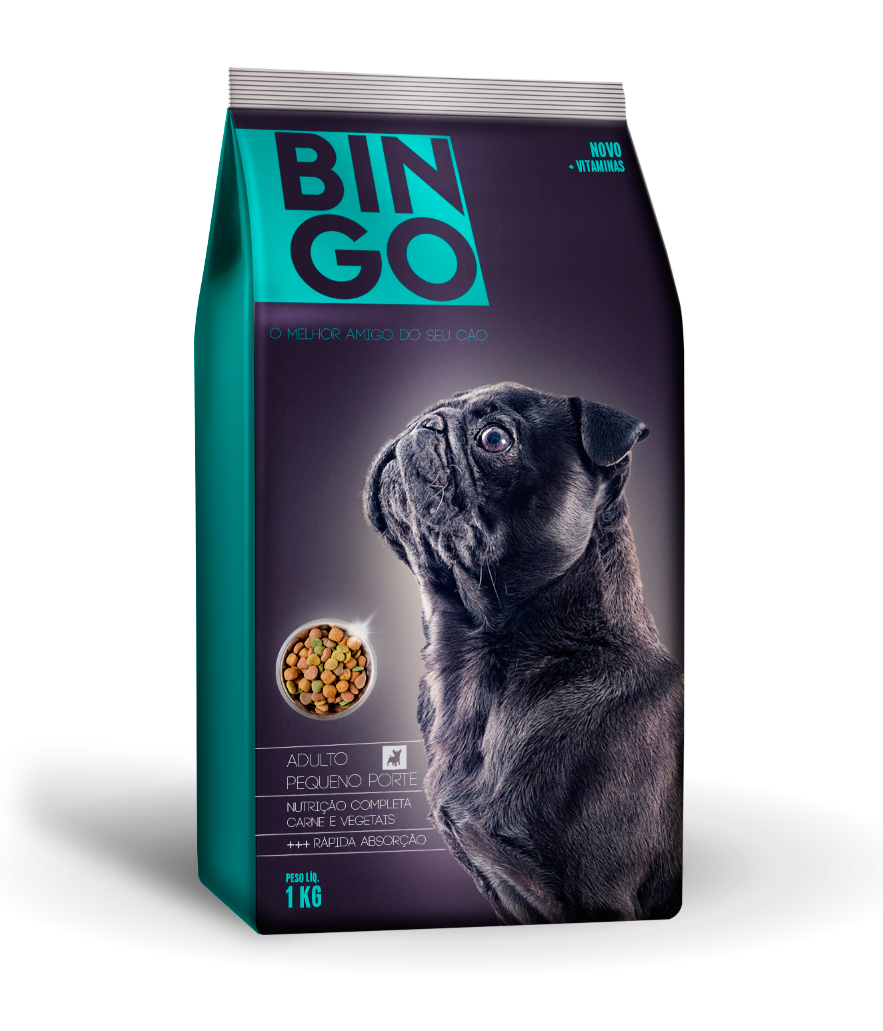 Dog lovers, take a look at this! Bruno Singulani designed a concept for a dog food brand that will immediately melt your heart.

“I love dogs and working with a dog food brand was a really exciting experience. After some research and some brainstorming we decided to propose a new naming for a new client. This project is a packaging and branding proposal for a new brand in the Pet Industry here in Brazil. These are the first concepts that I’ve made. I used these stunning dog portraits by Daniel Sadlowski and some from Shutterstock.”

By using photos of real dogs, the buyer can immediately picture their own furry friend on the packaging. The way some images are situated, it almost looks like the dogs are looking up longingly at the Bingo brand name, excited about their next meal. The overall packaging is sleek and uncluttered, making Bingo look like a healthy, wholesome option for your pet. Each adorable image gives the brand a bit of personality that is endearing and creates an instant bond for buyers. 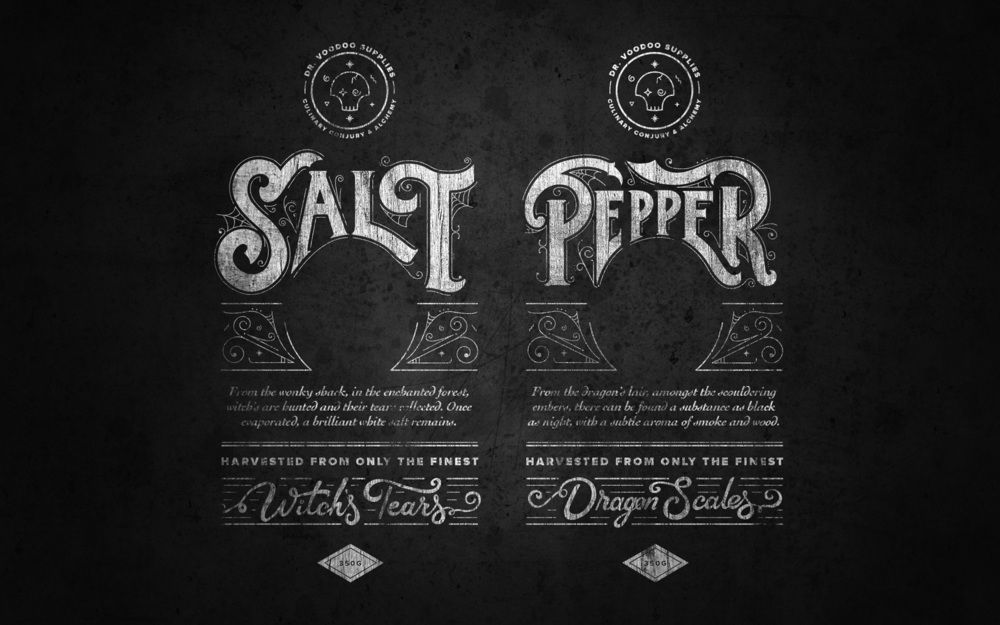 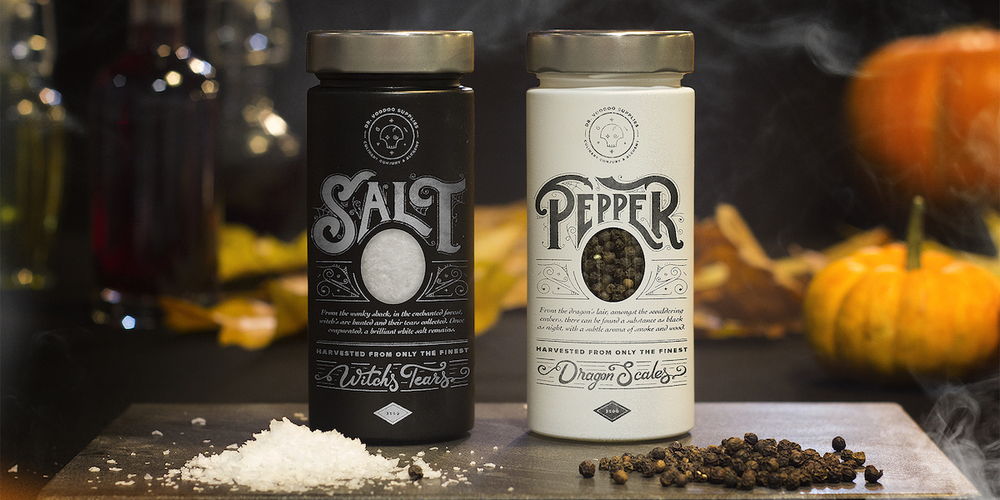 “Eye of newt or skin of toad? A deadly elixir or a toxic potion? Salt from a Witch’s tears or pepper from a Dragon’s scales? Dr. Voodoo supplies it all!”

Halloween may be over, but these mystical salt and pepper containers belong in the kitchen year-round. Designed by Green Chameleon, they pull on witchy inspiration to make any chef feel like they’re crafting up something special every time they cook. The Witch’s Tears and Dragon Scales, or salt and pepper respectively, possess practically the same design, with a clear oval in the center of the jar to peek in at the ingredient. Each bottle features an incredibly classic font and delicate curlicue designs that add a bit of mystery. The black and off-white labels feel vintage, almost like a black and white photograph, and allow the salt and pepper to stand out.

“Playing with the idea of an experimental cook, who uses a ‘pinch of this’ and ‘a dash of that’ to create something rather magical, Dr. Voodoo’s was created as a Halloween spin-off. The idea was to play on each ingredient as if it was part of an apothecary pantry with a spooky twist.”

B&F Papers: the Medium is the Message