The seasons are changing and inspiration can come from anywhere. Our "Concepts We Wish Were Real" is a great place to start. Check out this week's line up and tell us which project inspires you. 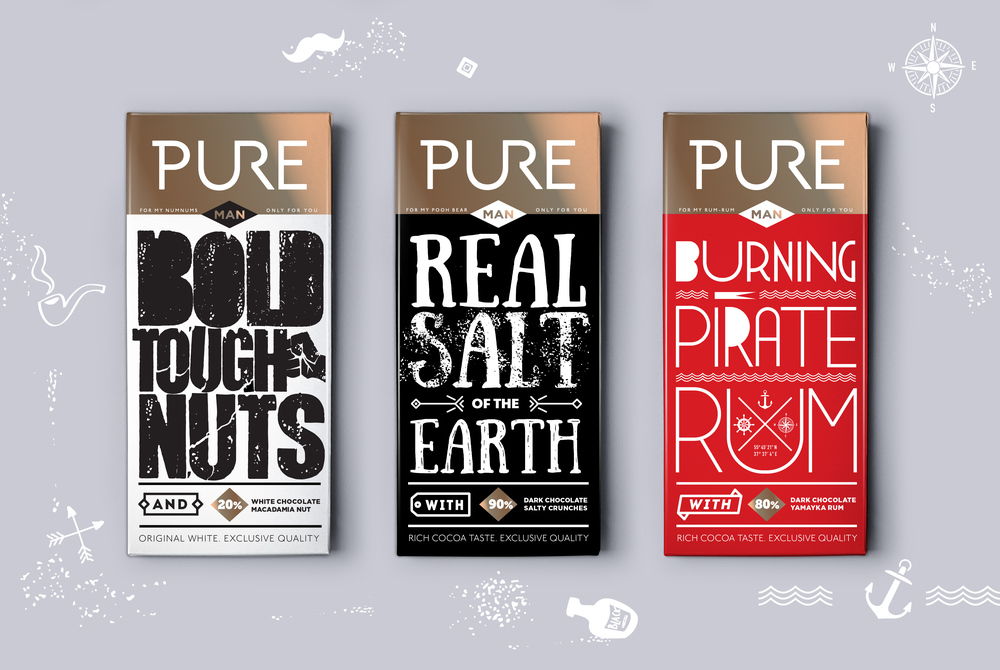 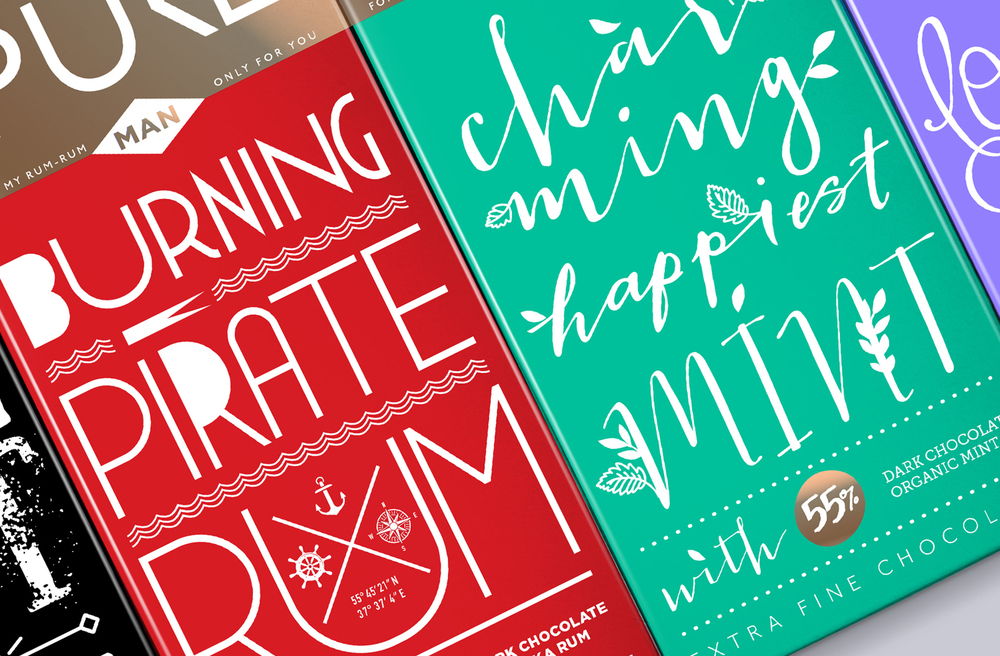 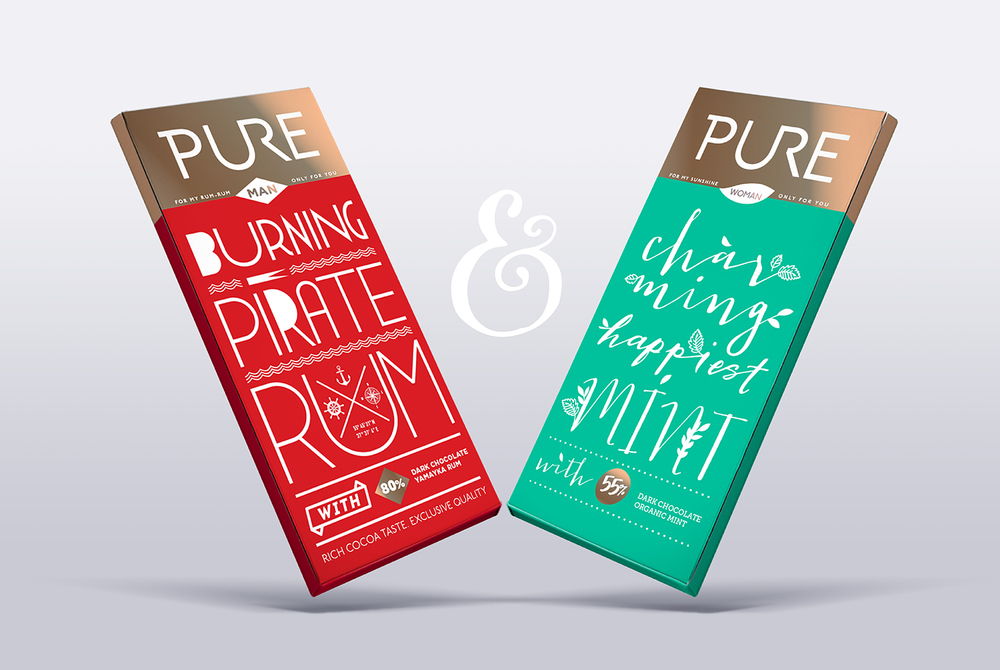 When you’re in love you like to share everything with your other half. And, if you’re lucky your love might share their desserts with you too. The designer, Daria Ksenofontova, took this idea of sharing sweets one step further and developed chocolate bars that are bought in pairs, “Chocolate for couples.” Just because you love someone doesn’t guarantee you like the same tastes and flavors. PURE chocolate gives the couple the ability to pick their favorite taste, while still sharing the experience together. “My idea is that each flavor matches one of the girl’s or boy’s character.” There are 6 chocolate bars in the line which feature different flavors geared towards the male population and female population. The color palette for the bars is wide ranging, going from black to white and filled in with all bright colors in between. The designs are varied, each bar having a similar, but unique art direction. Bringing a cohesive feeling to the brand is the gold colored top quarter of each package which features the PURE logo in oversize white type. I love the simplicity of the PURE logo mark, with the “U” and “R” smoothly merging together.“I wanted to create a chocolate brand which would be oriented not only for man or for woman, but for couples.”Both the typography and the individual bar’s name have been created to distinguish between the male vs. female treats. Curvy and playful fonts are used with female driven flavor names like “Romantic Lovely Lavendar.” While masculine, heavy fonts are used to spell out flavors like “Burning Pirate Rum” which are intended to appeal to men. Although if I had my pick of the litter, I’d head straight for that Pirate Rum! Small illustrations decorate the design of each chocolate bar, a juicy lime on the “Playful Lucky Lime” package and a punching fist for “Bold Tough Nuts.” The art direction is lighthearted and shows off the individuality of each flavor. It’s packaging that would catch my eye in the store, even without knowing about the cute concept of PURE chocolate bars being the “chocolate for couples.” 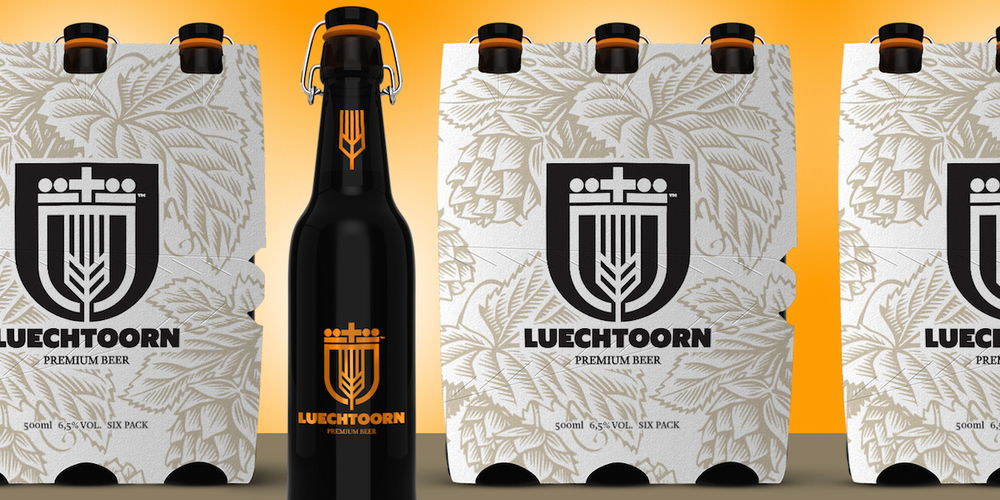 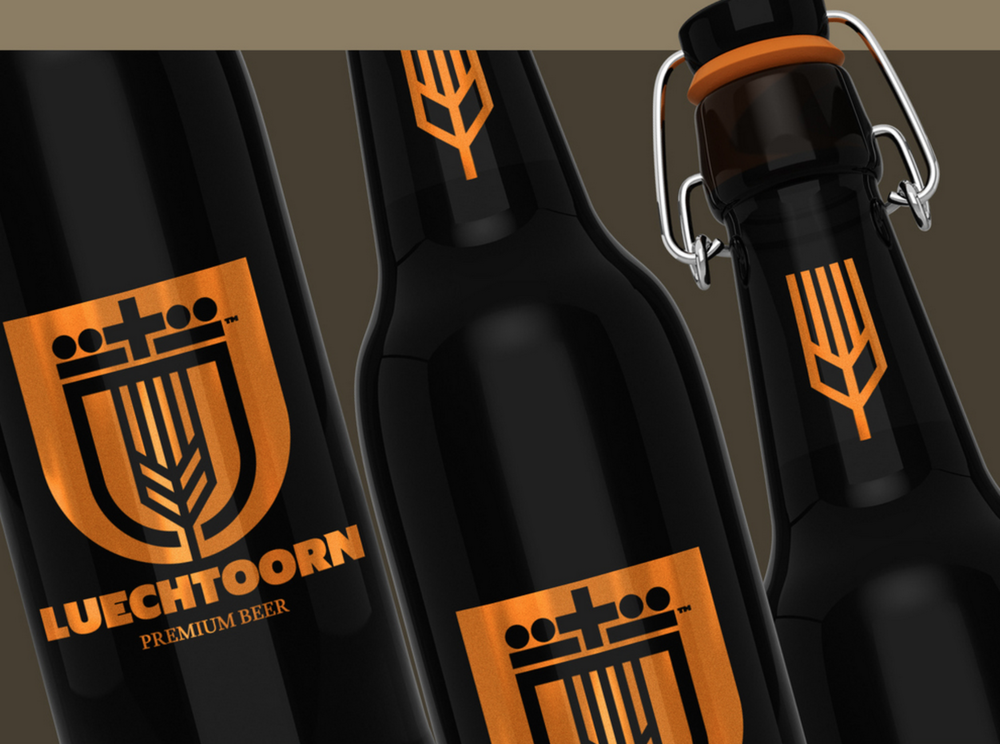 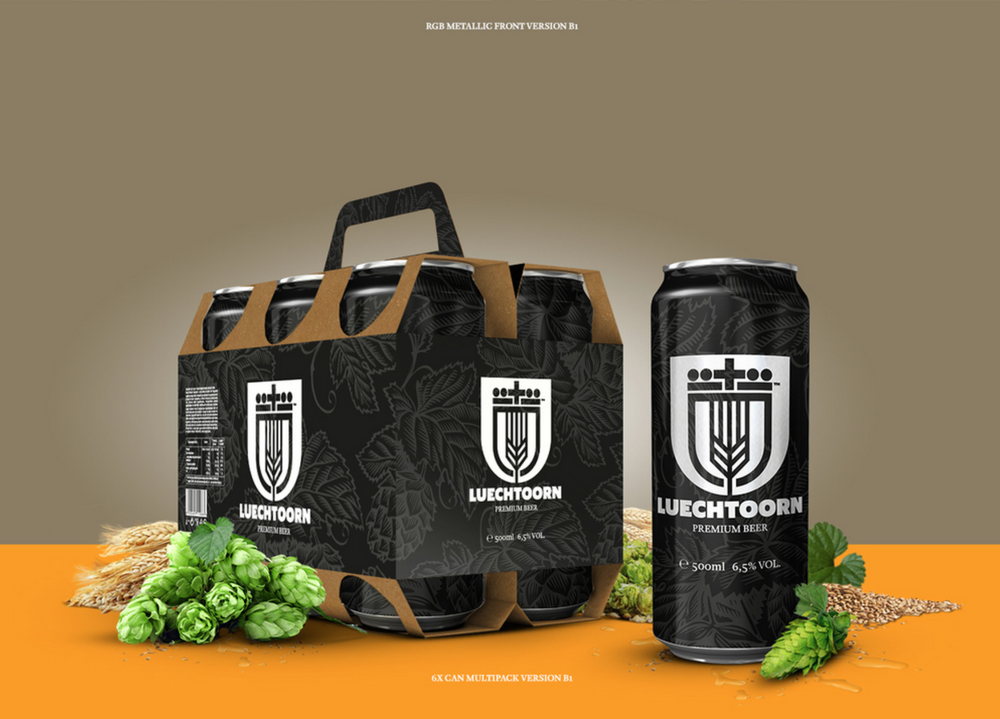 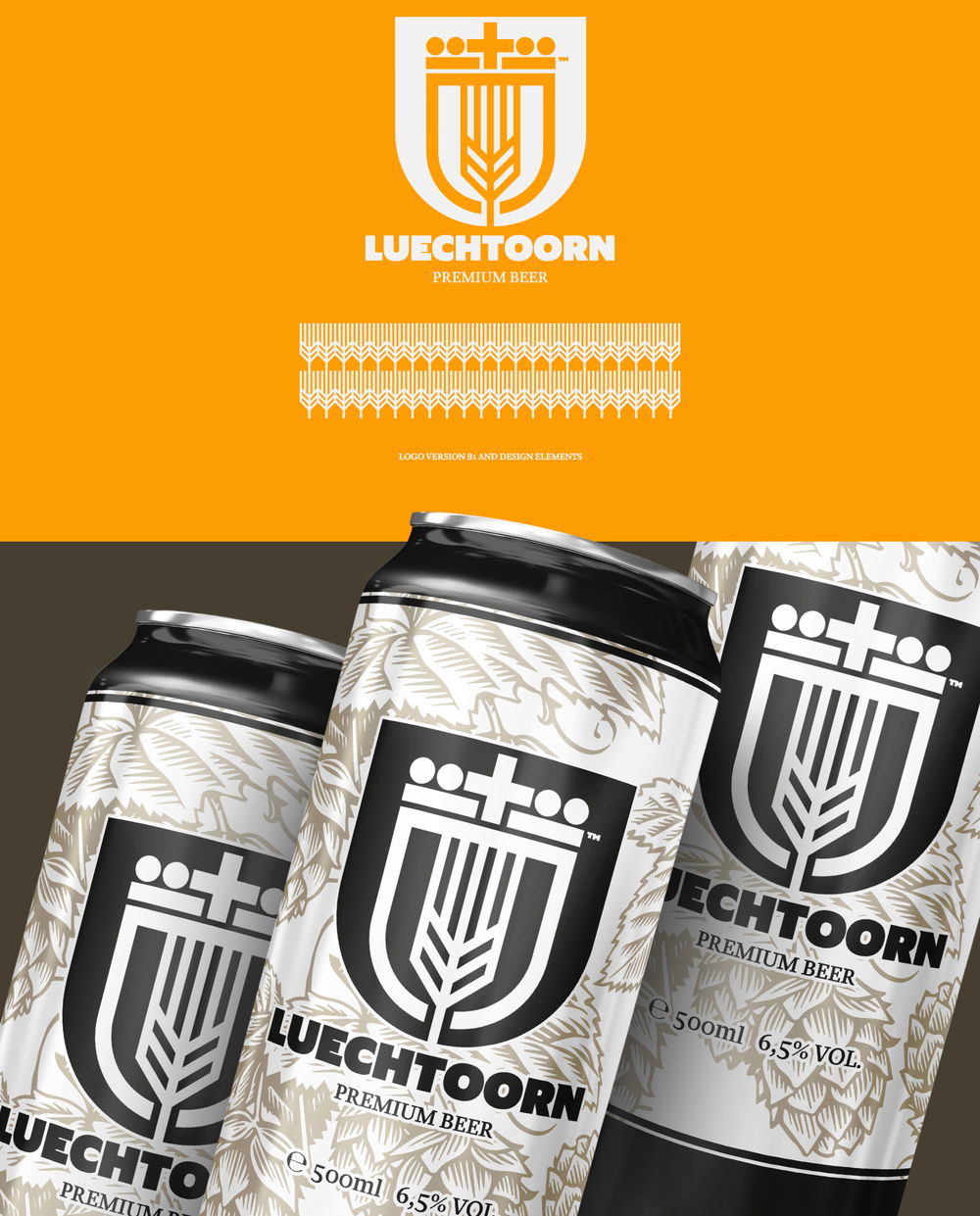 Craft beer lovers, feast your eyes. This concept for Luechtoorn Beer is strikingly bold. Designed by Karoly Kiralyfalvi, Luechtoorn features some of the main ingredients of beer in this brand identity and packaging — barley and hops.

Kiralyfalvi has created a few different versions of the bottles and cans six-pack for Luechtoorn, using a combination of black, white, tan, and orange. A black swing top bottle features the brand name and logo, which stands out with thick lines and text. The six-pack has graphics of hops on the outside, implying that the brew is a hearty one. Cans have the same design, allowing for variety within the line or for expansion in the future for other beer varieties. Luechtoorn’s logo is simple yet expresses strength and confidence, making it an adventurous choice for those desiring a craft beer. 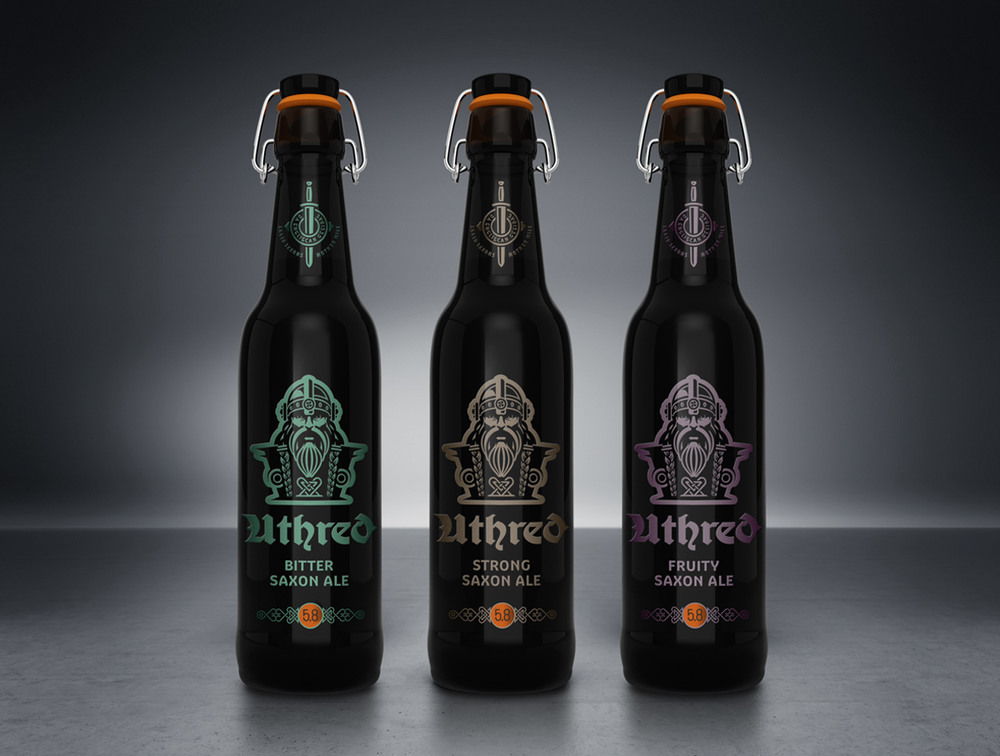 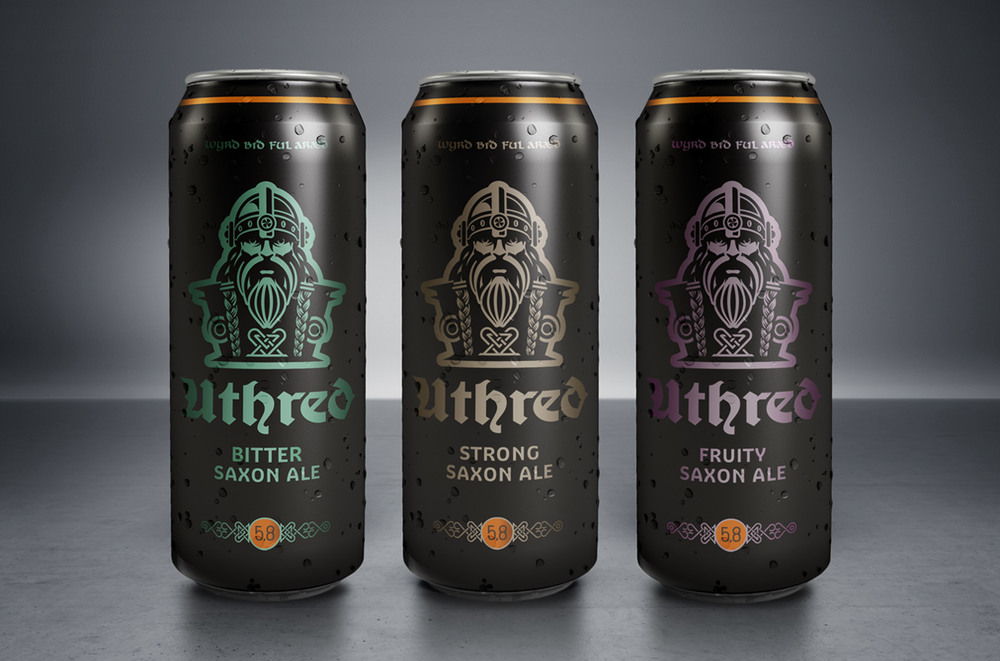 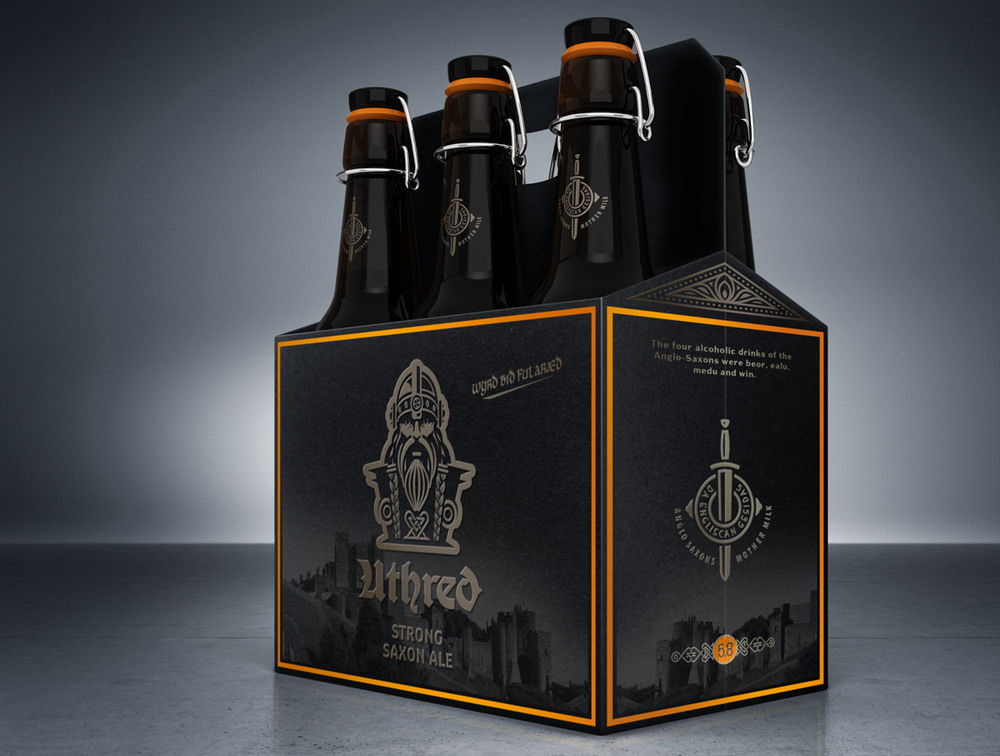 This beer concept is based on the Saxon Tales, a continuing historical Noval Series written by Bernard Cornwell in 9th and 10th Century Britain. The Protagonist of the Series is Uthred of Bebbanburg, born to a Saxon Lord, but captured and adopted by the Danes. In those Times Ale was the Anglo-Saxons Mother-Milk.

Designed by type and signs 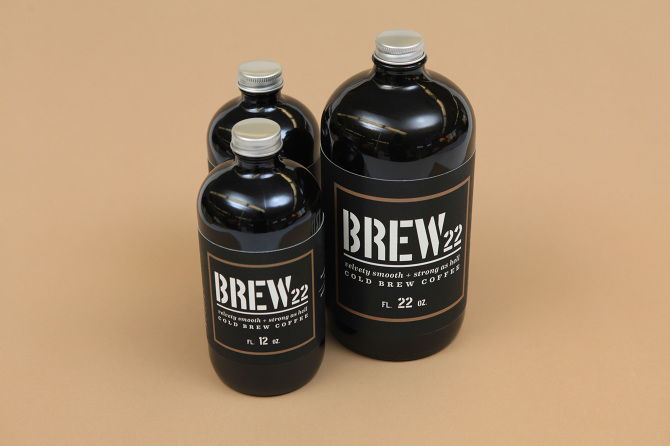 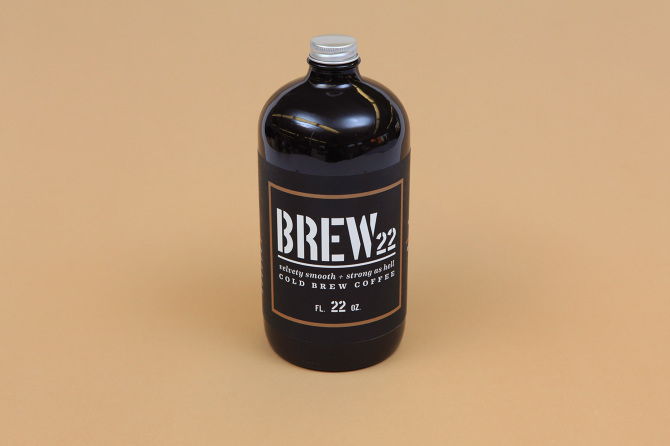 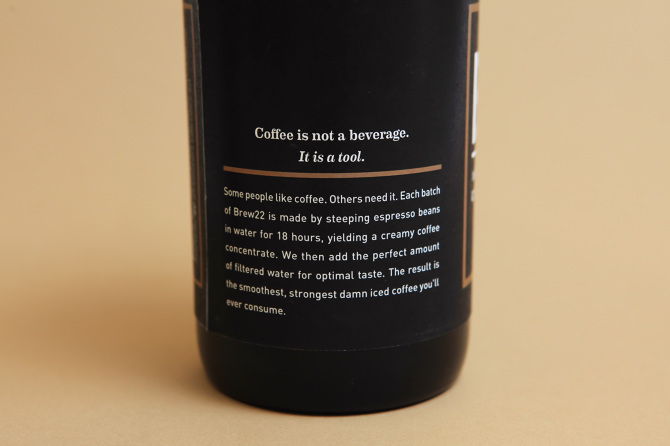 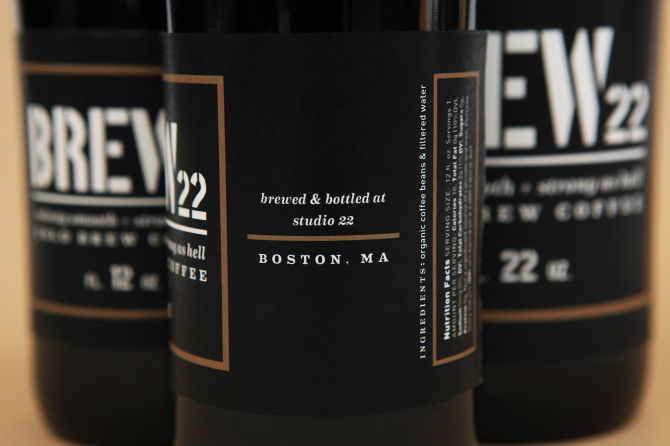 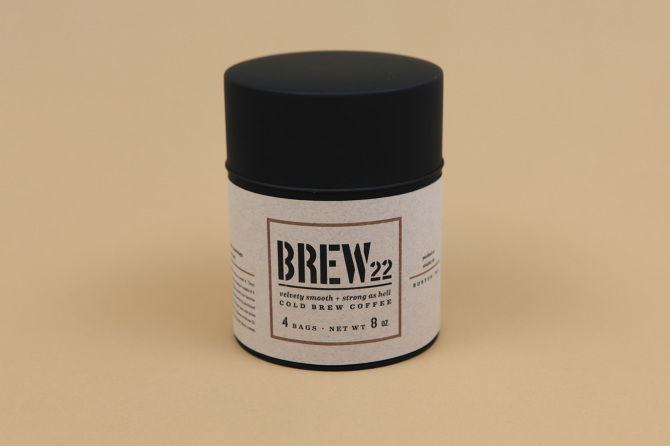 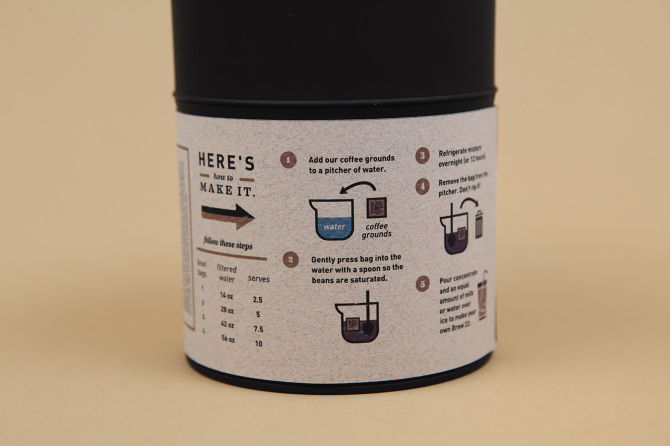 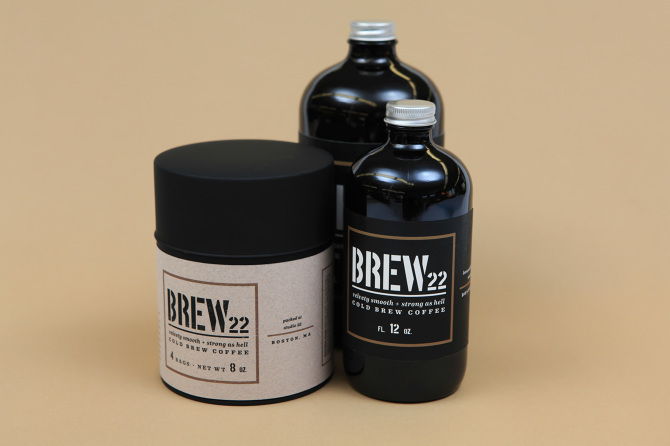 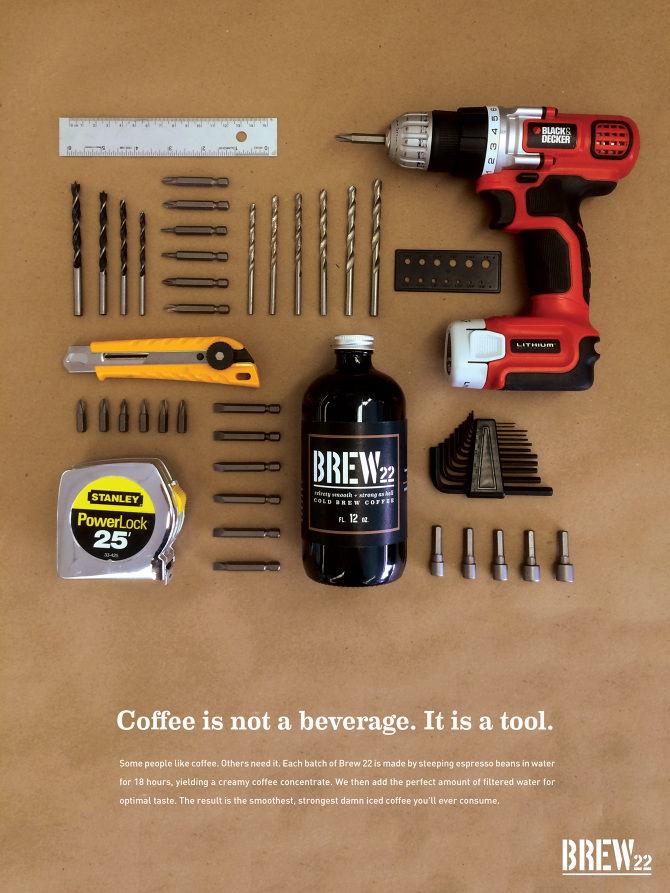 Brew 22 is my personal brand of cold-brew coffee. While I love the experience of buying, making, and enjoying coffee in all its various forms, I also view it as a tool. Quite simply, I am a non-functioning human without it. I brought my love for cold-brew to MassArt's working studio to share, and it has been widely appreciated and consumed. As my studio number was #22, Brew 22 seemed like a fitting name for the brand. 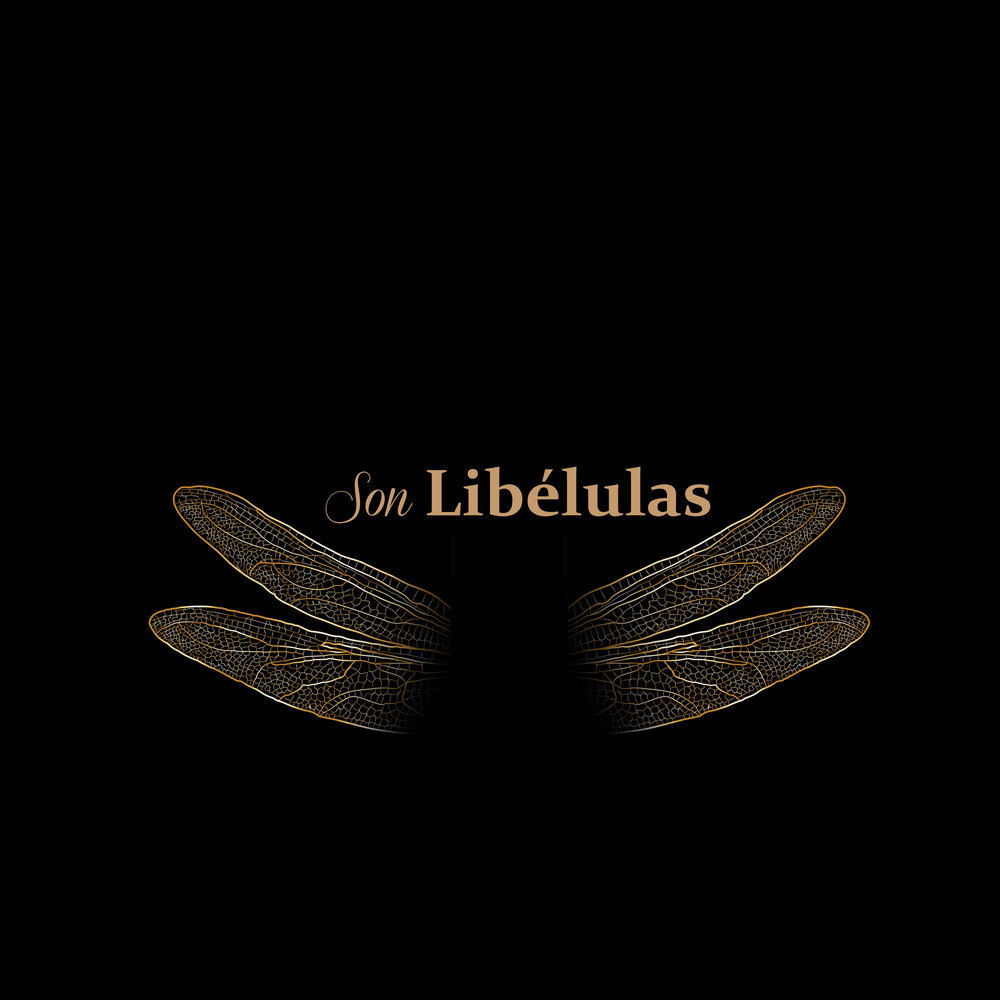 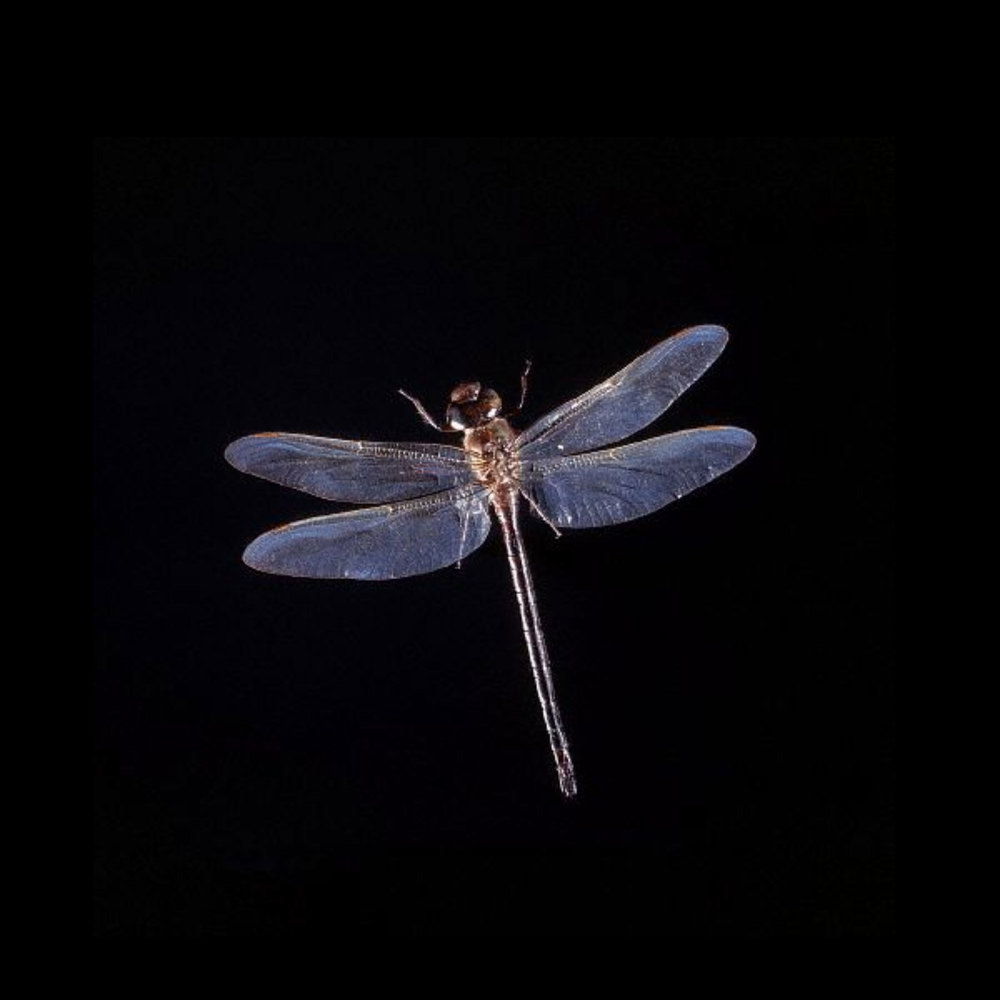 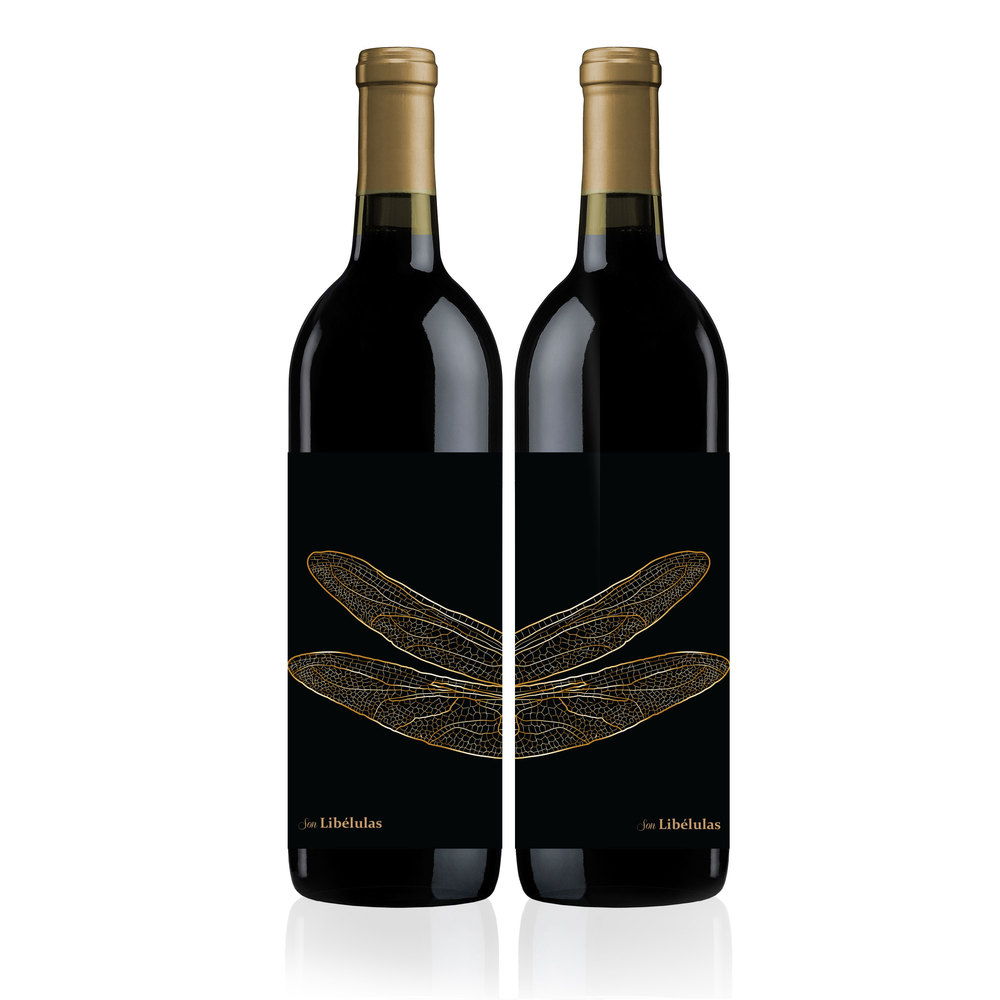 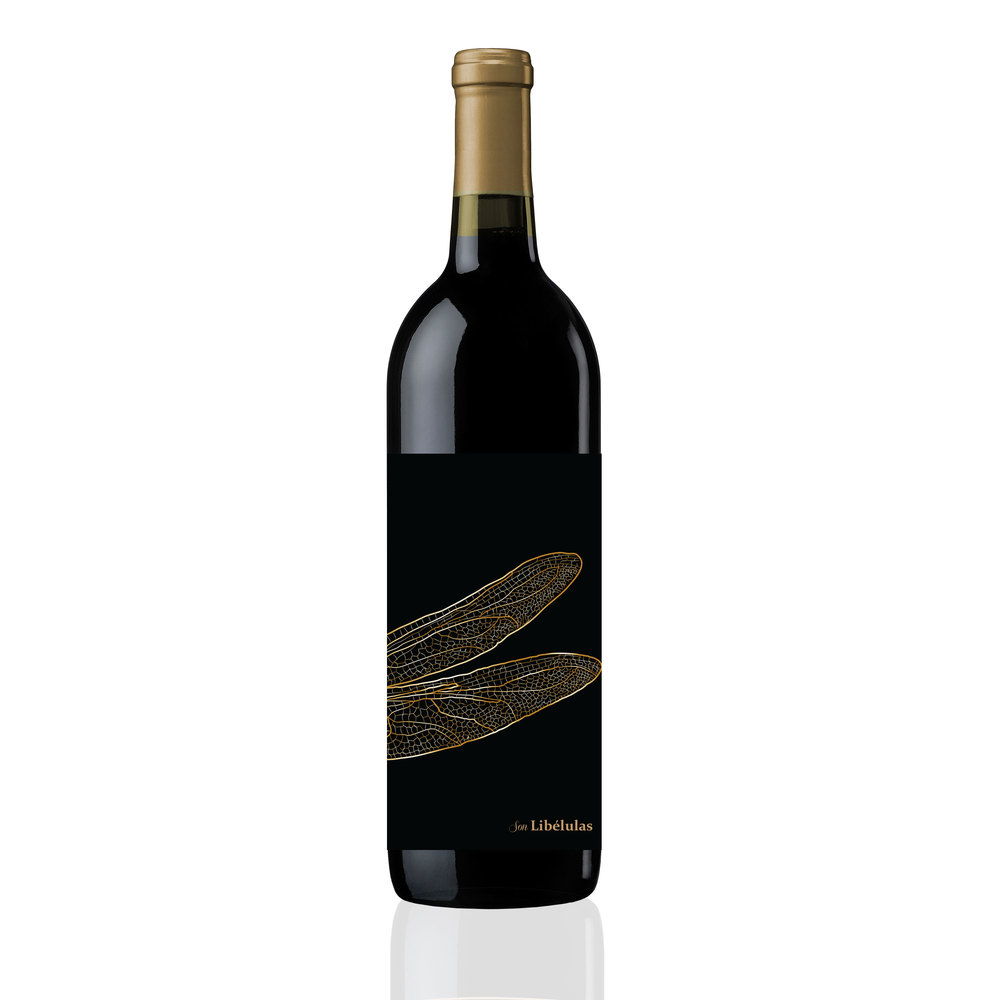 The design wants to bring the magical light , that transforms the wings of the dragonfly in a mystical story - closer to the customer.It wants to celebrate the nature and it's amazing shapes and colors that capture our eyes and take our imagination far , far away , in another fairy-tale land. 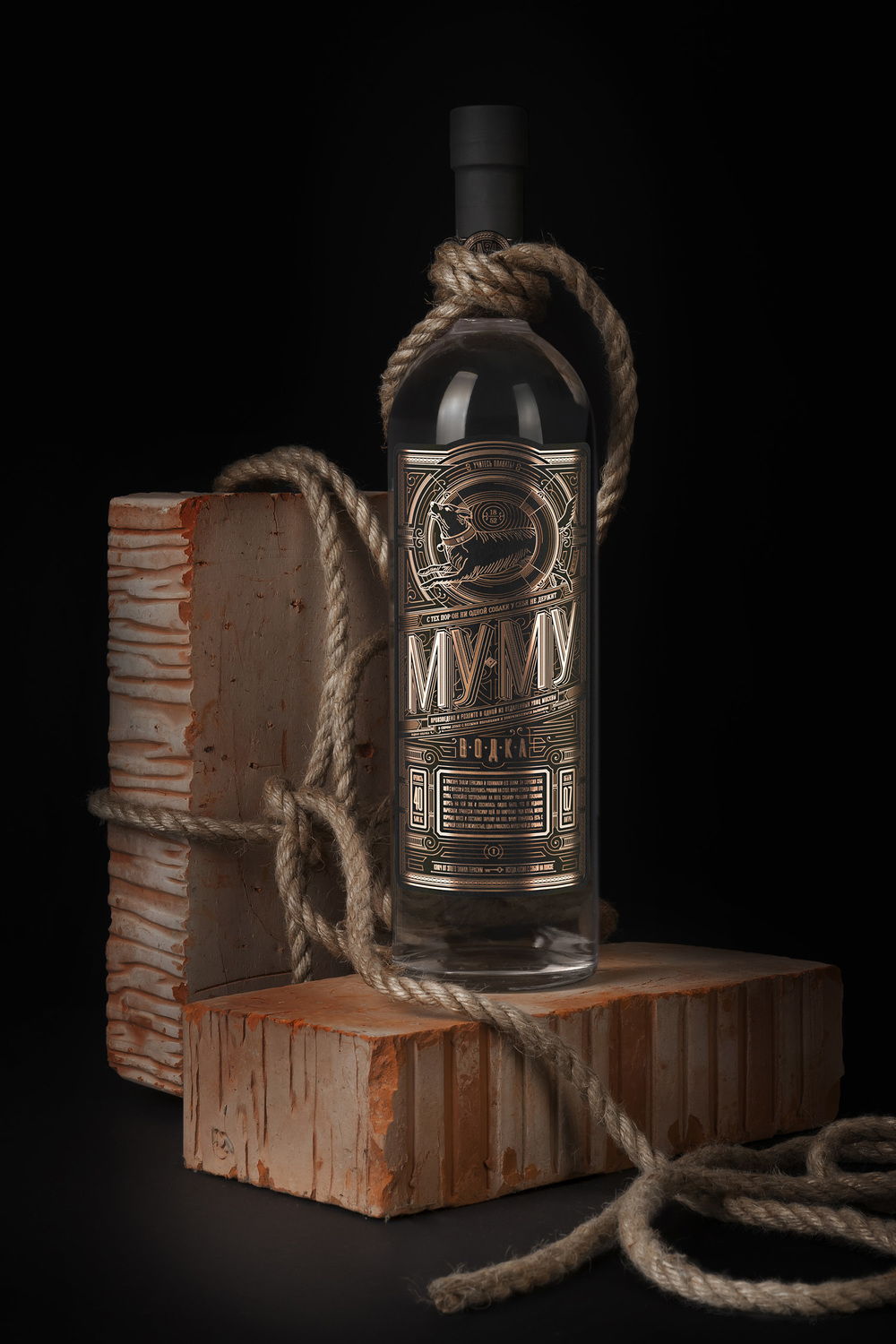 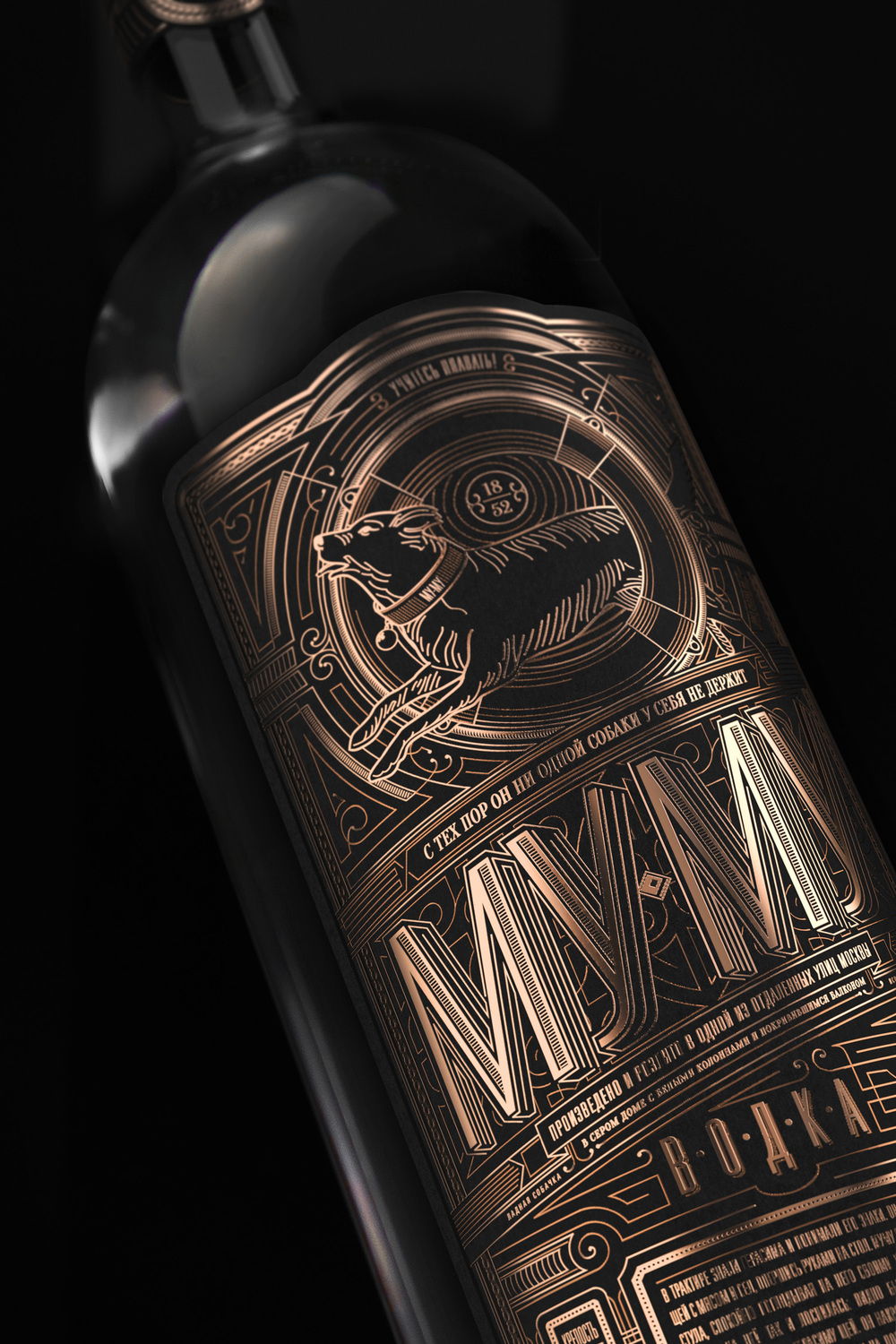 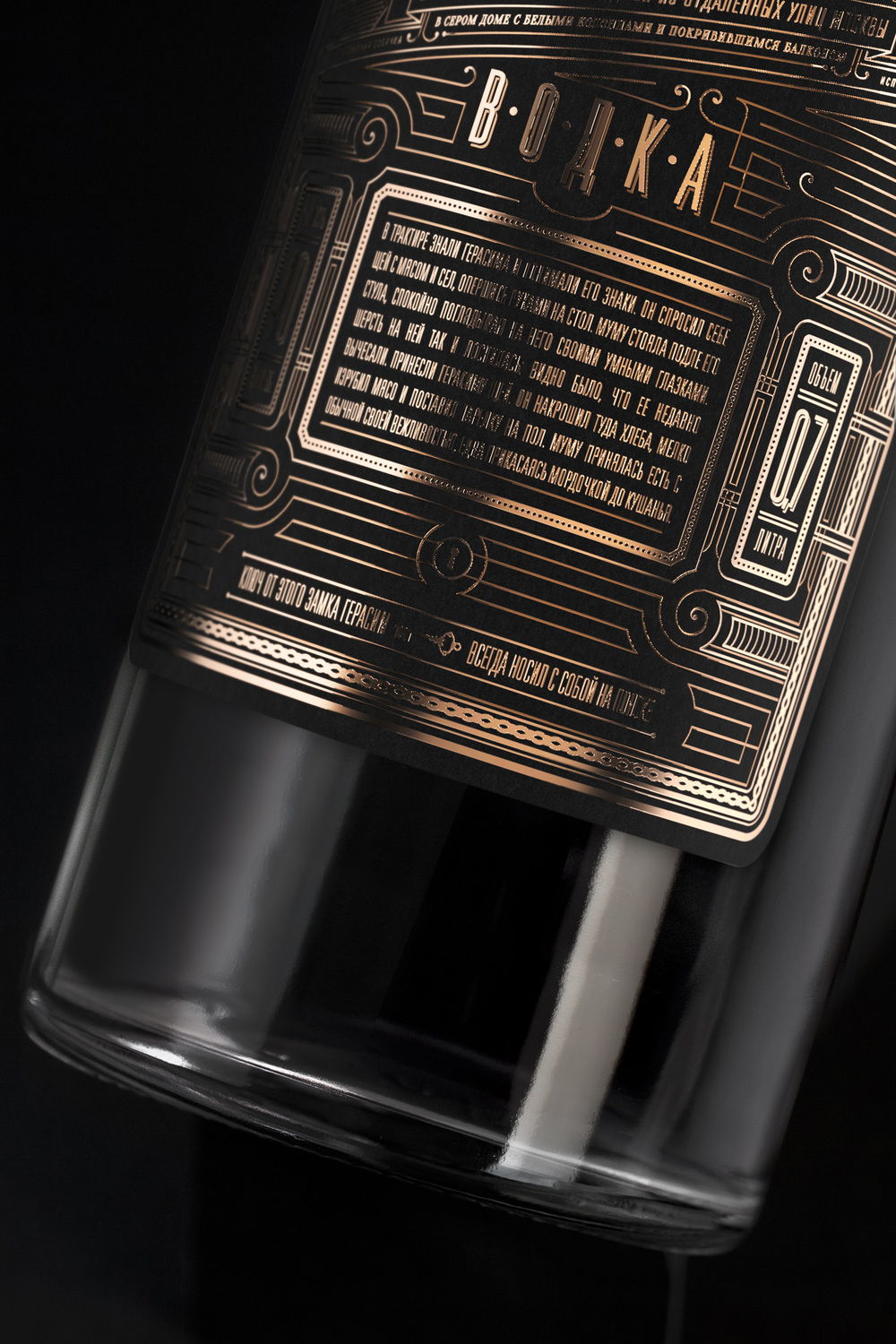 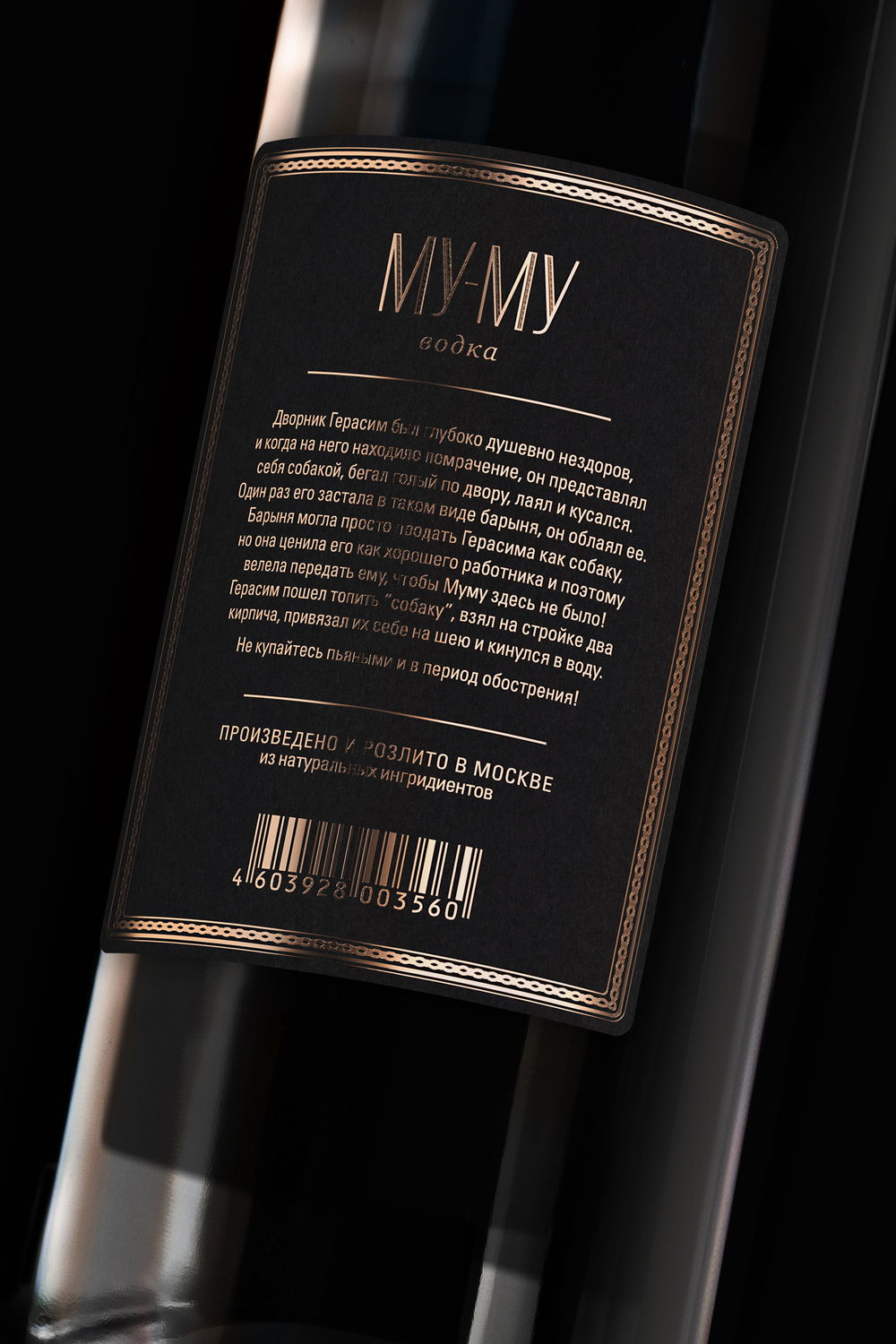 An alternative interpretation of iconic tale of famous Russian writer Turgenev. The black colour label stand as the symbol for the muteness of the tale protagonist, Gerasim; key point of the tale – two bricks – performed via copper foil stamping. Curls and lines pattern represent schizophrenic thinking of Gerasim. Gerasim himself is not shown; instead of him his alter ego, little dog Mumu appears, jumping through the lifebuoy.