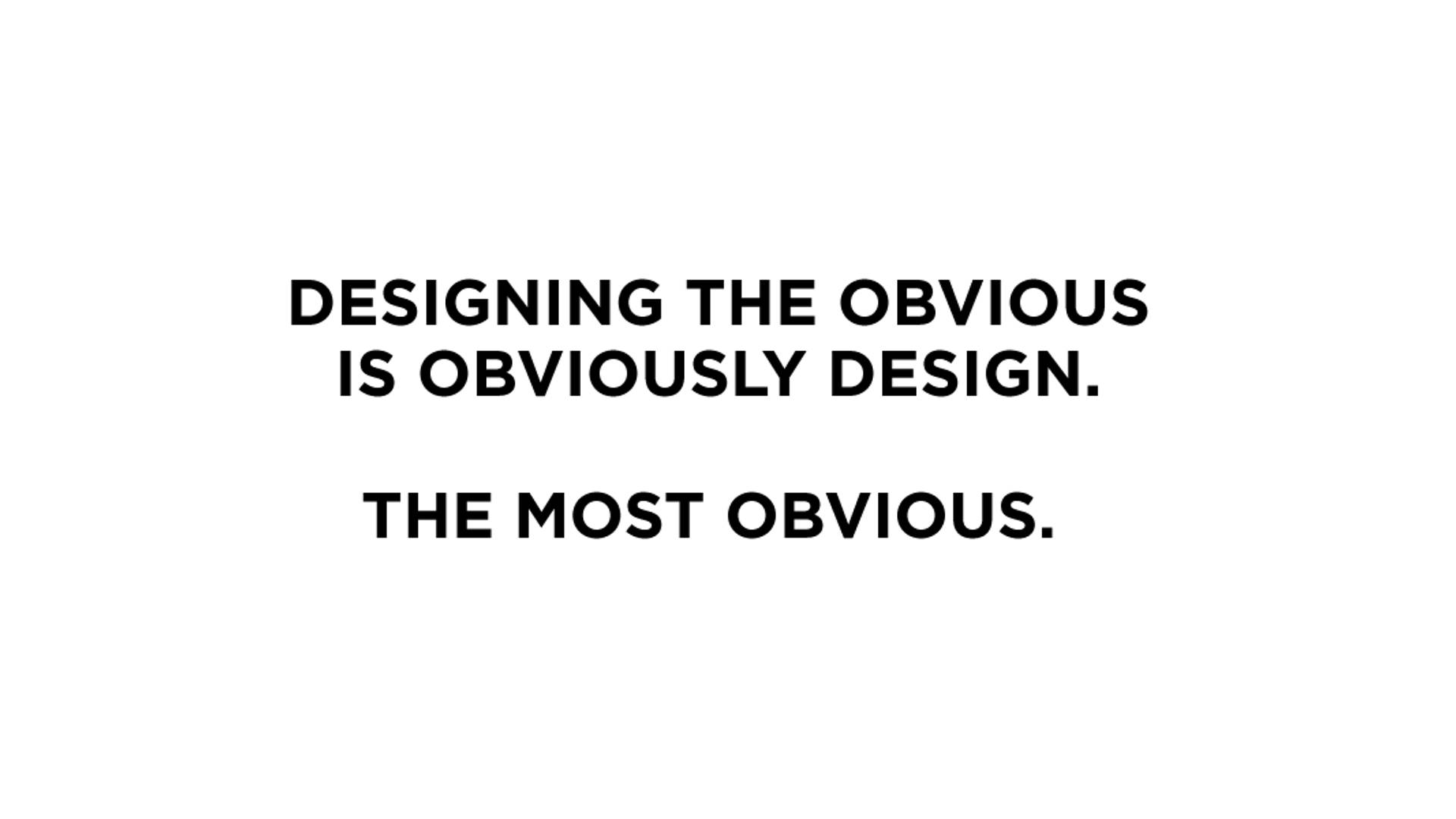 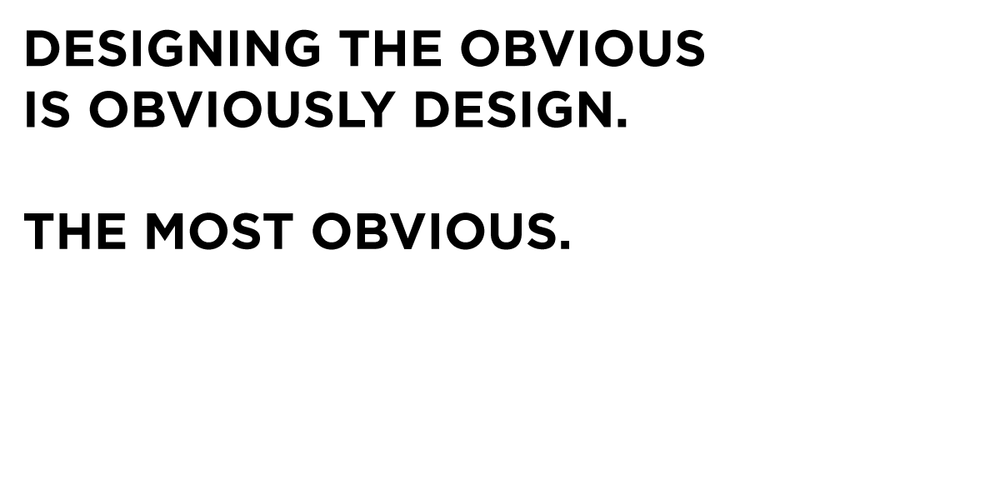 Calling a spade a spade isn’t quite what we expect from design. We expect a spade to be called anything between a ‘Horticultural Trident’ to a ‘Trowel for Peace and Tranquillity’. This is because design more often than not emphasizes some narrative essential to the company or consumer rather than the product itself. But lately, there is a trend moving in the opposite direction. Obvious design - quite literally calling a spoon a spoon, as in Zing’s line of silicone kitchen utensils - is a clever and pertinent way of perking up the jaded consumer. 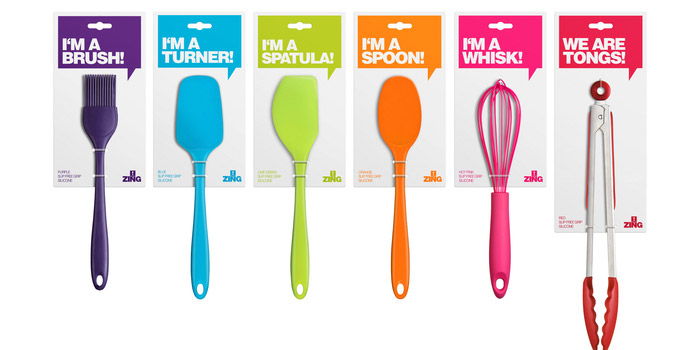 Note the speech bubble. This design strives to persuade the consumer that the product itself speaks, untainted by corporate agendas. Steering consumer thoughts to brighter, clearer things; out of the spatulas jostling on the shelf, this one raises its hand to implore ‘I work!’, ‘I am, indeed, a spatula!’ In an increasingly complex world with smart and connected objects, these objects are straight  forward, ready for use and will play their role in your future culinary endeavors; nothing more, nothing less.

The imperative behind the design is to portray honesty and make things refreshingly easy for the consumer. It works in a climate of choice and saturation; overstimulated by increasingly elaborate and cunning design, the ‘ah heck that’ll do’ impulse is surprisingly strong.

Branding that directly represents the product appeals powerfully to Saul Bass’s motto: ‘design is thinking made visual’; there is nothing in the design process which mars its visibility in the end product. The designer inputs shrewdness and aesthetics but does not add to, leap away from or have to return to the subject. The course is clear.

Designing the obvious is obviously . The most obvious.

Obvious design’s effectiveness suggests that consumers still lean on branding heavily, over and above their trust in themselves to judge if they want something or not. As long as branding isn’t taking the piss, consumers are ready to accept its advice without needing or wanting immediate supporting information. Consequently, an obvious design clears the way for a value judgement to be accepted more readily as seen in the Boxed Water Is Better campaign. 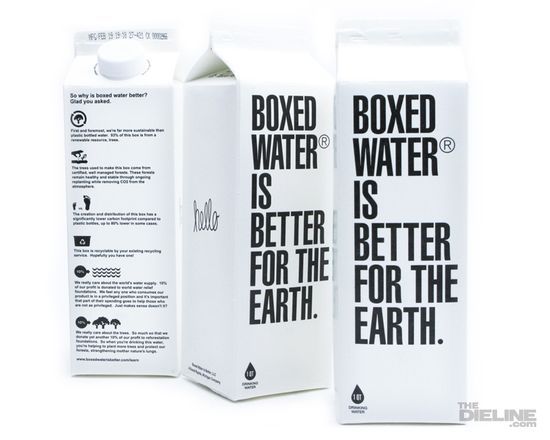 Arguably, Boxed Water is better; it’s a philanthropic organisation partnered with For The Planet charity, committed to lessening the environmental impact of bottled water.  And with simple, easily digestible and, well, obvious, design backing it up, I’m happy to take their word for it.

Why is this? And why are consumers grateful rather than patronised or simply uninspired by branding that literally says what’s in the box? 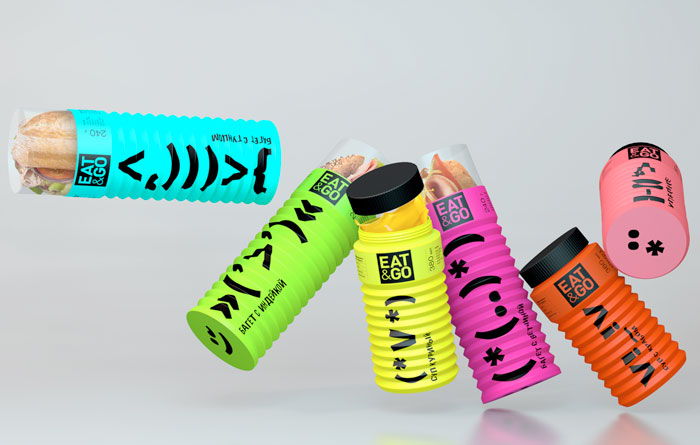 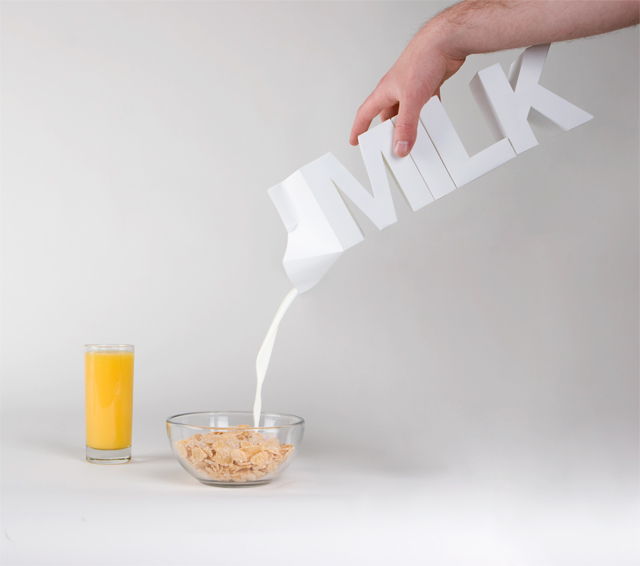 All packaging design represents the product in question, it’s just that with obvious design a strange relationship between the actual stuff and the signpost to that stuff becomes unveiled. Both assuming that the consumer will look to the label first and encouraging this movement; two separate yet parallel realities jostle for attention. Take ‘This is Water’.

Seeking out the actual H2O to reassure us about the validity of the label is just plain weird, but it’s happening. There is one reality that’s becoming more pressing…and it’s not the product. Obvious design works more on the level of resonance than selection; looking at a fridge full of bottled water, the one, that says 'This is Water', seems a little more like the water you set out to purchase. Most packaging design tries to blend in. Obvious design doesn’t- and it seems a little more real. When there are dozens of different brands of bottled water on the shelf, looking to the map for help is understandable, and the one that corresponds, wins.

In a world of food scientists, in which you need an hD to understand the ingredients in most of what you eat, where most of our products contain parts from several countries and were assembled halfway around the world, obvious design stands starkly naked. Yet its naive simplicity translates into honesty. Obvious design looks you straight in the face and dares you to trust it. Oddly, this absurdly simple approach works- and it's catching on. More and more brands are adopting this style in which ethics and aesthetics are aligned.  A move that was in no ways, obvious. 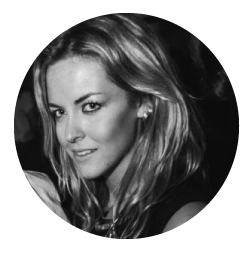 Lizzie grew up in the English countryside, but now lives in London. Studying Philosophy for her undergraduate degree at Newcastle, Lizzie moved on to do a Masters in English at University College London. She has worked in the PR department of ITV and as an editor for DesignMyNight.