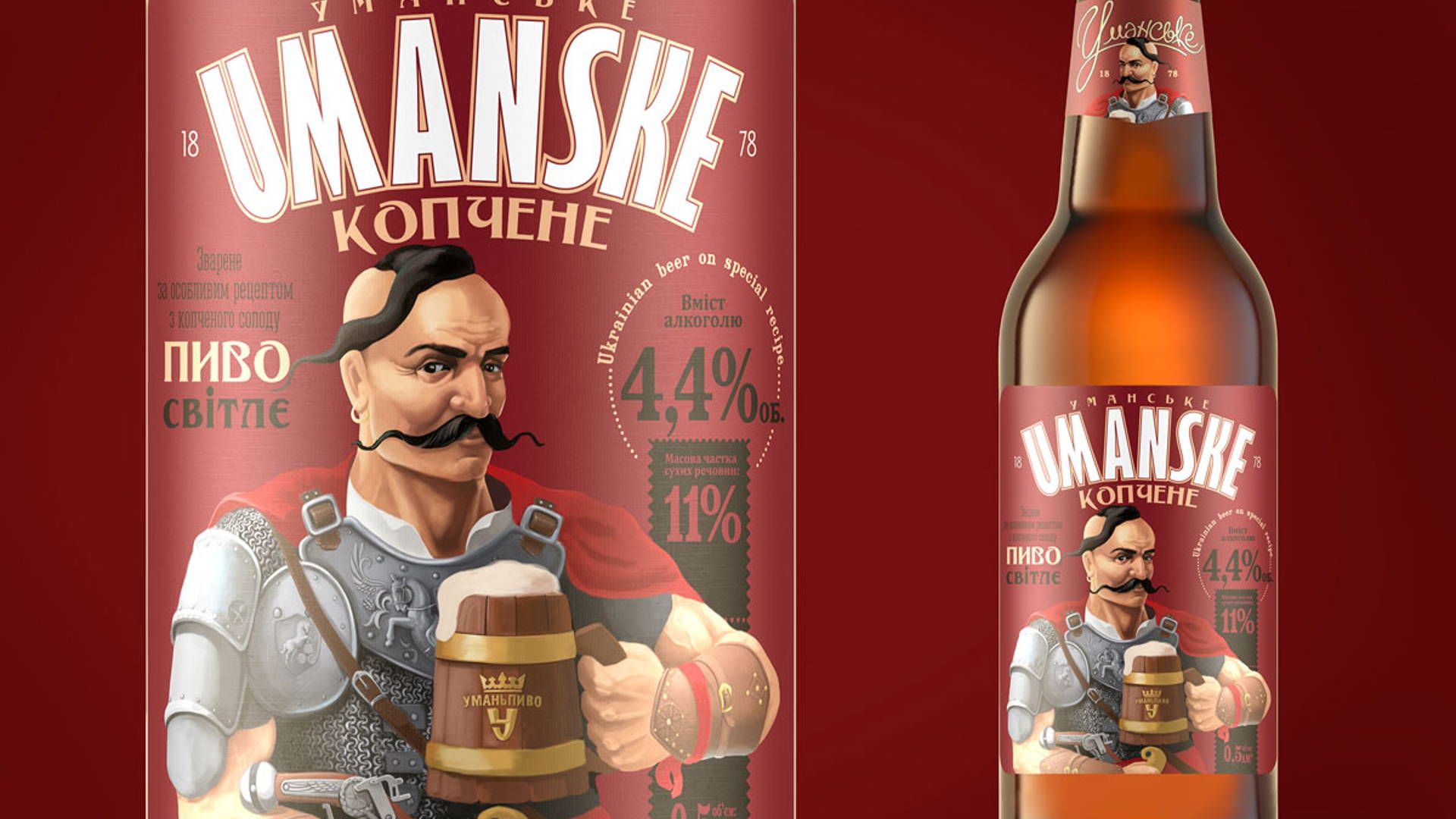 Umanpivo has been brewing beer in the Ukranian city of Uman since 1878, surviving war and revolution and the agency's design reflects that history.

"The design concept was an artistic, but purely patriotic Ukrainian image of manhood and power. The graphics feature Cossacks, a symbol of Ukrainian statehood as the face of Umanske beer because Uman city closely associates with Cossacks as the center of the Cossack regiment. For more than 200 years, Uman's emblem has adorned the silver cossack." - Umbra Design 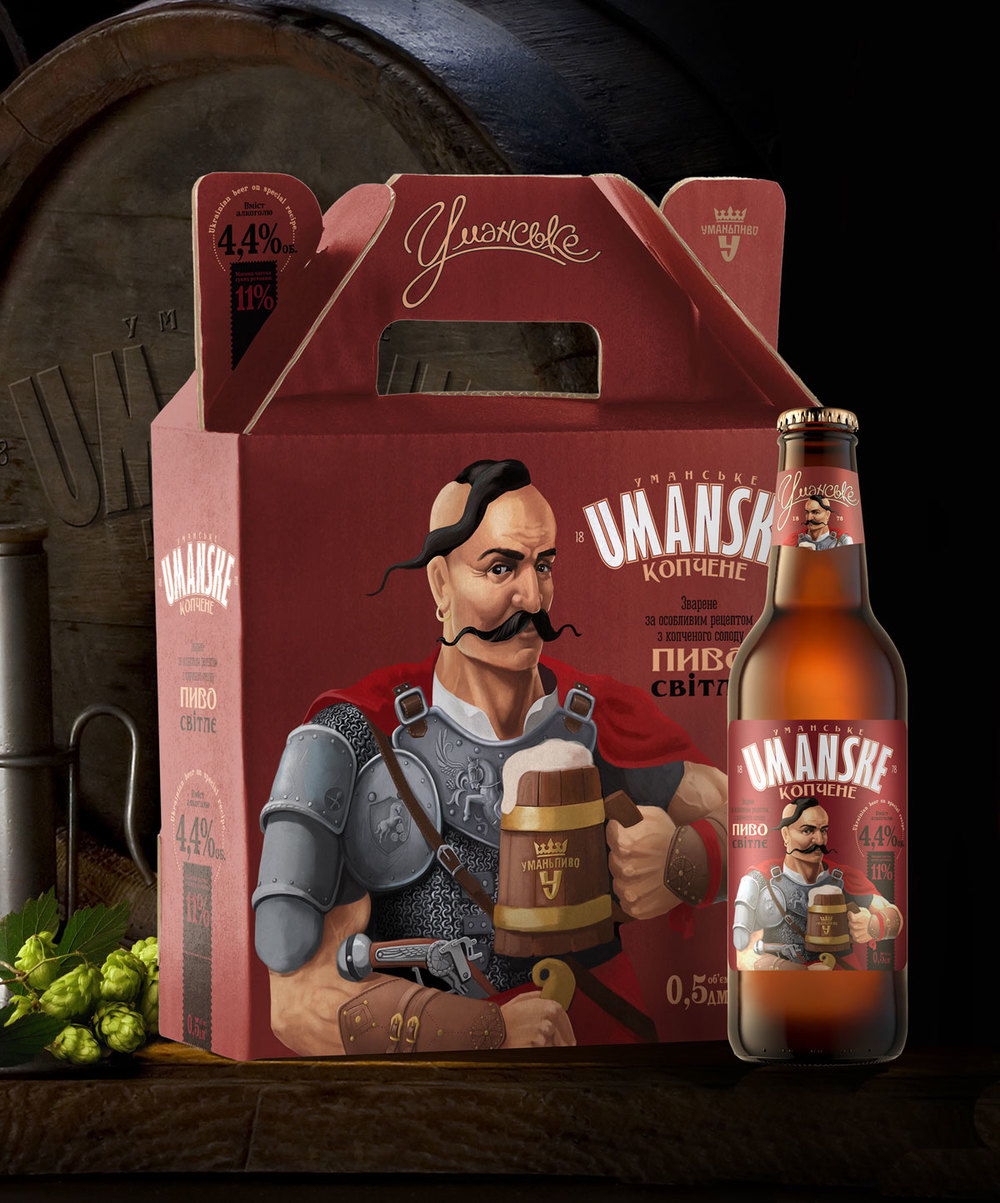 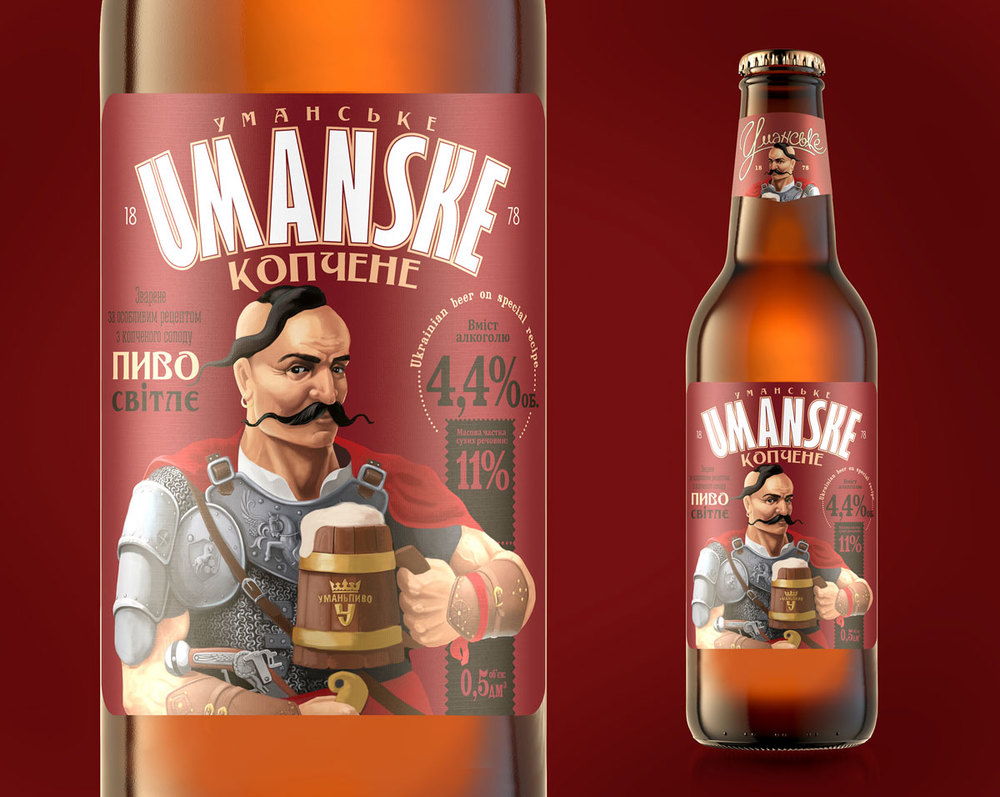