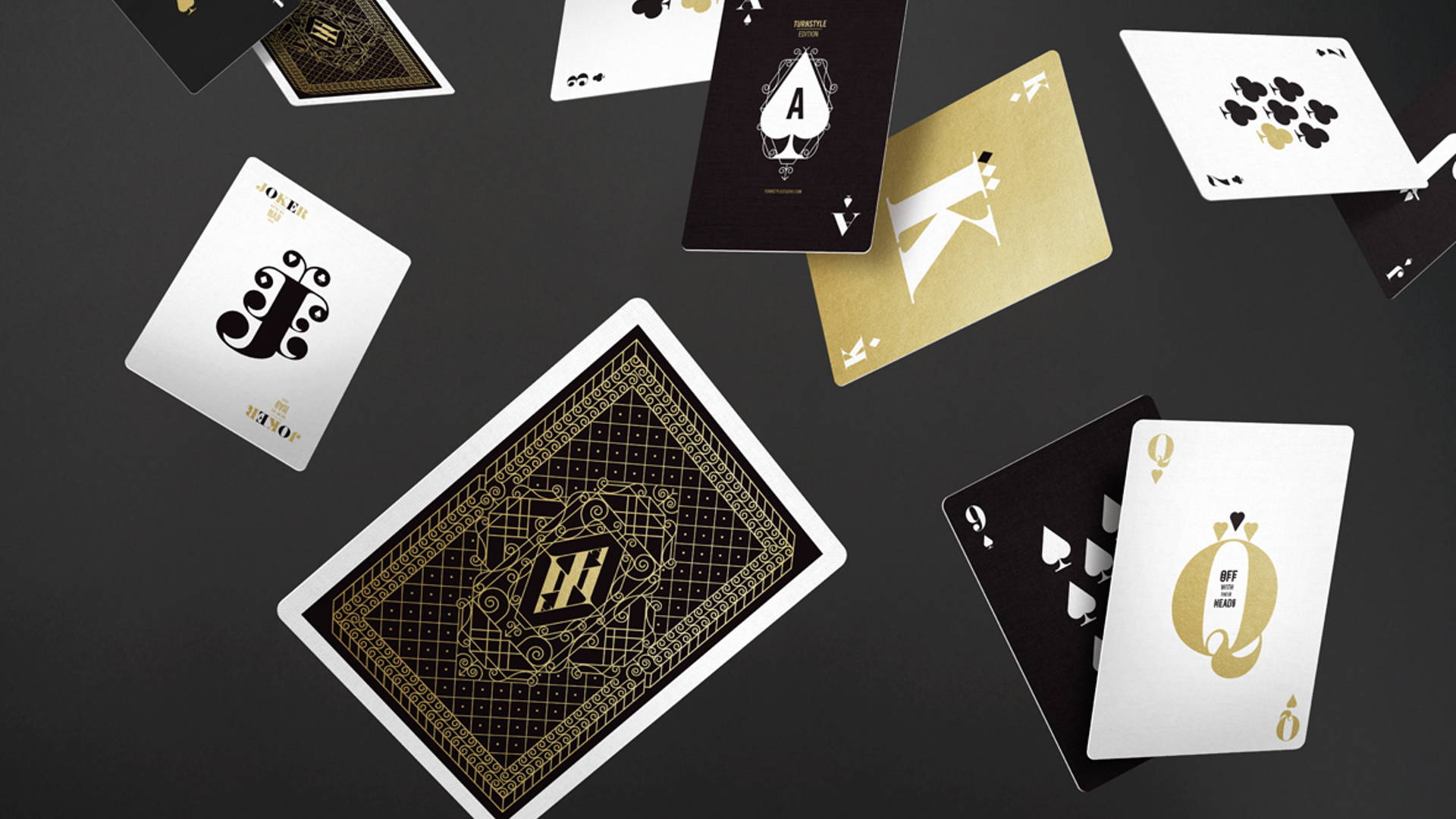 We are pleased to announce DeckStarter's latest launch:

Modern styling combined with lavish Art Nouveau/Art Deco ornamentation transport us down the rabbit hole to a surreal world presided over by the Queen of Hearts. Iconic quotes from the story are peppered throughout the deck and on the tuck box. Court cards feature typographic royals with custom suit symbols as crowns. Attention to typographical nuances, including a bespoke “double” typeface, are evocative of the mysterious parallel worlds of both Wonderland and cardistry—where sleight of hand means that what you see is not necessarily what you get. 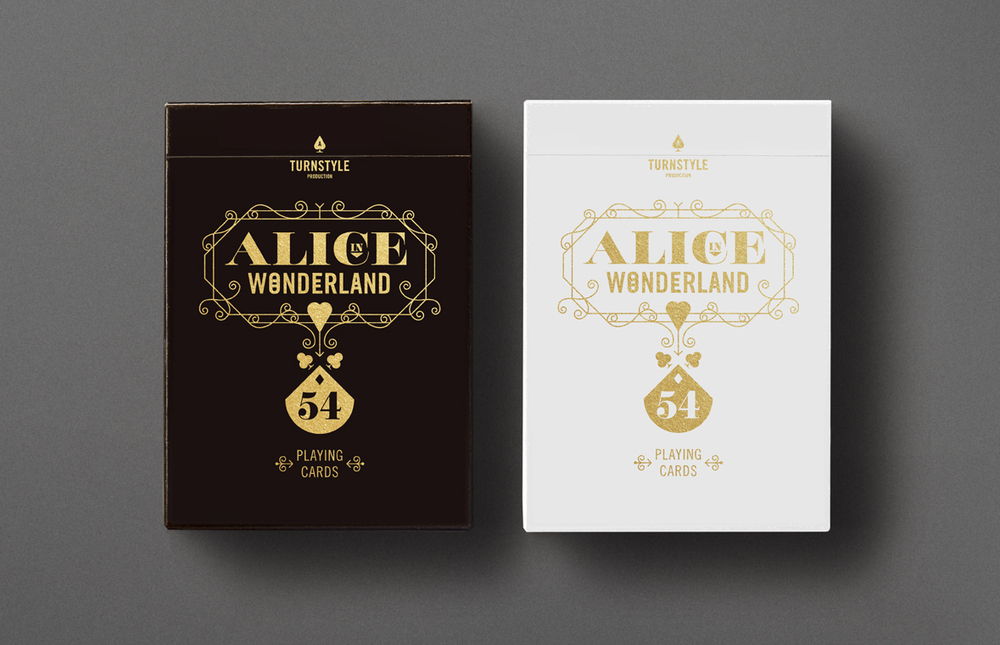 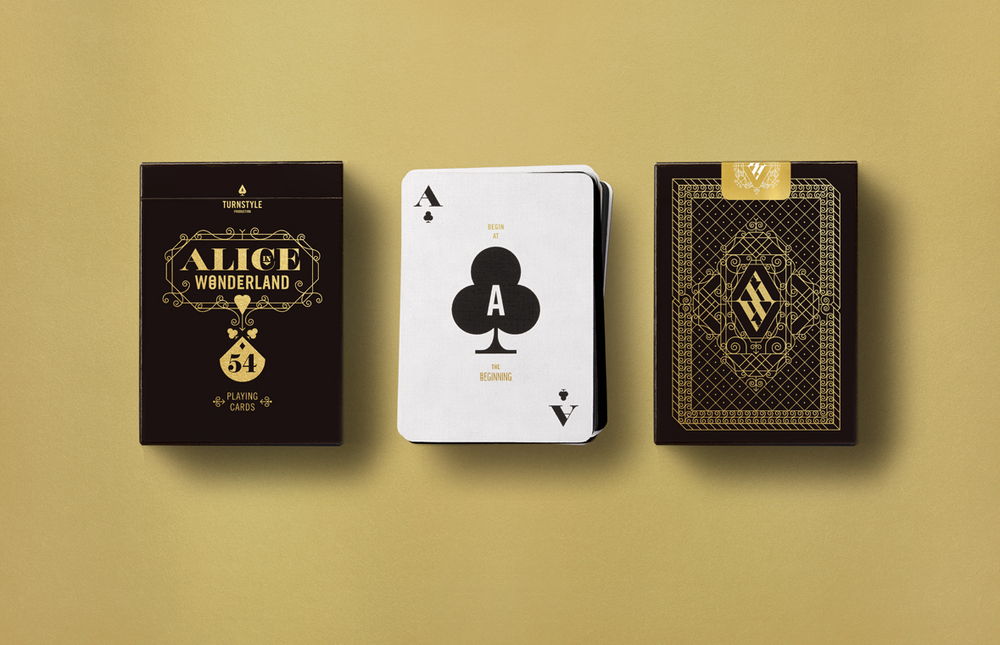 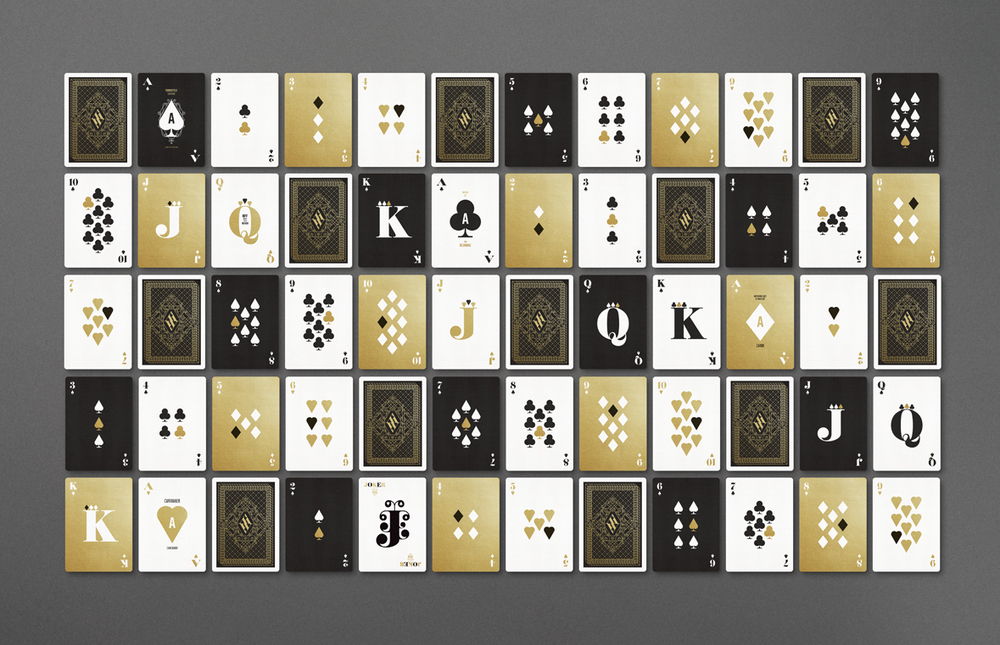 Steve Watson of Turnstyle originally submitted this deck for us after he created it as a promotional piece for his son's elementary school's stage production of Alice in Wonderland. After falling in love with the deck, we approached Steve to launch and produce this stunning promotional deck.

"My wife, Bret Ashlee, leads a drama program for the PTA at the elementary school my 8-year old son attends. The goal of the program is to develop confidence by exposing students to theatre arts. This past school year they put on a stage production of Alice in Wonderland Junior. The production included a cast and crew of over 165 kids (K-5) who put on four shows, with total attendance topping 1600.

Under the auspices of Turnstyle, Steve kindly contributed his graphic design service by creating a brand for the show. Branded items included a show logo, playbill, posters, T-shirts and playing cards. The custom deck of playing cards were used to promote the show and were also incorporated into the costumes for the Queen and King of Hearts."

You can see the original materials produced for the stage production on the Turnstyle website here. 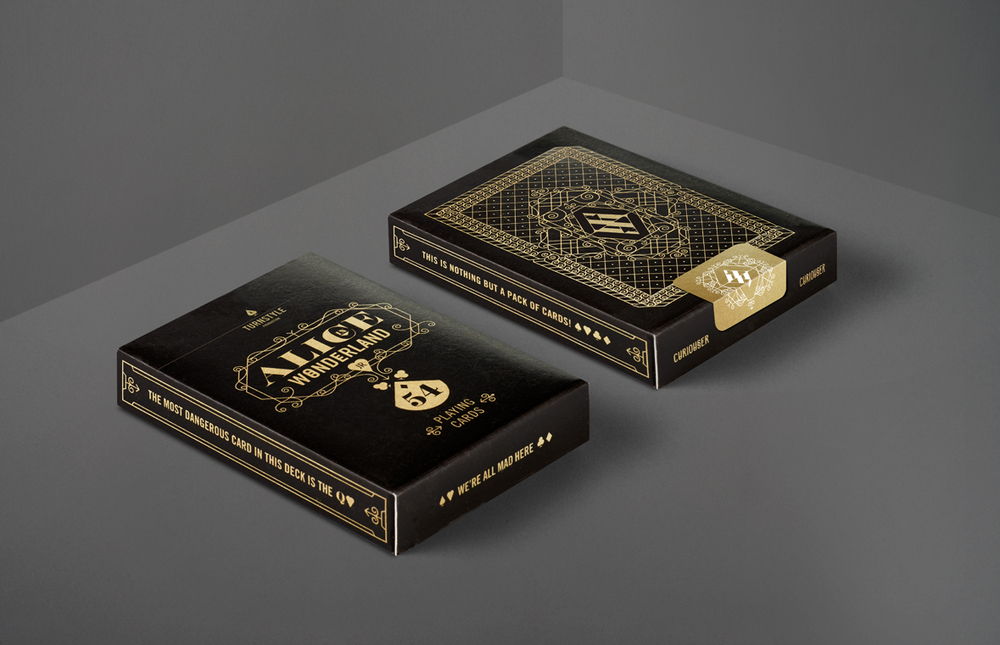 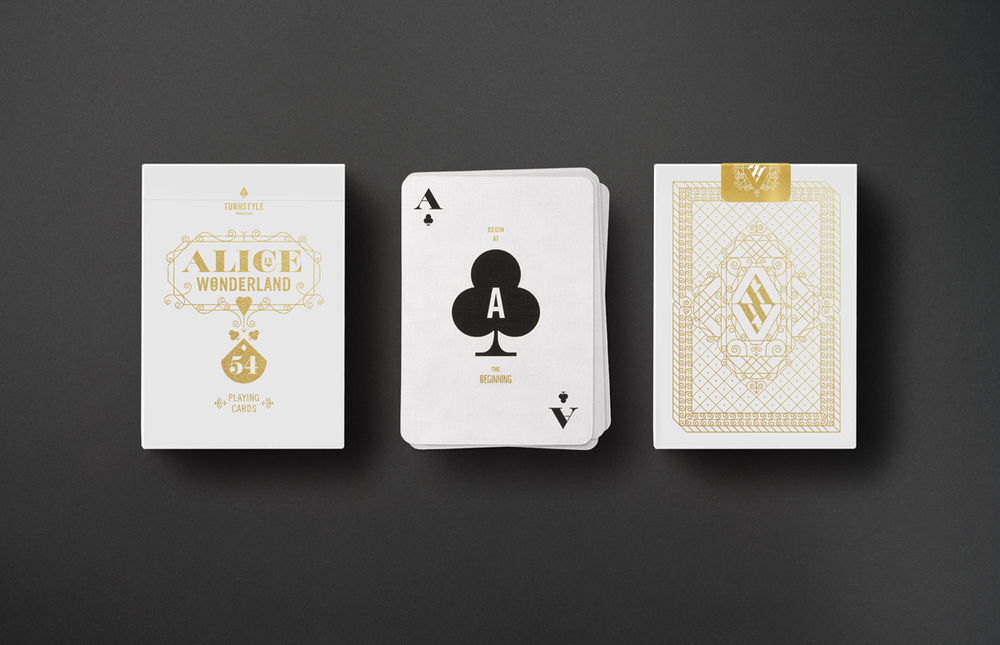 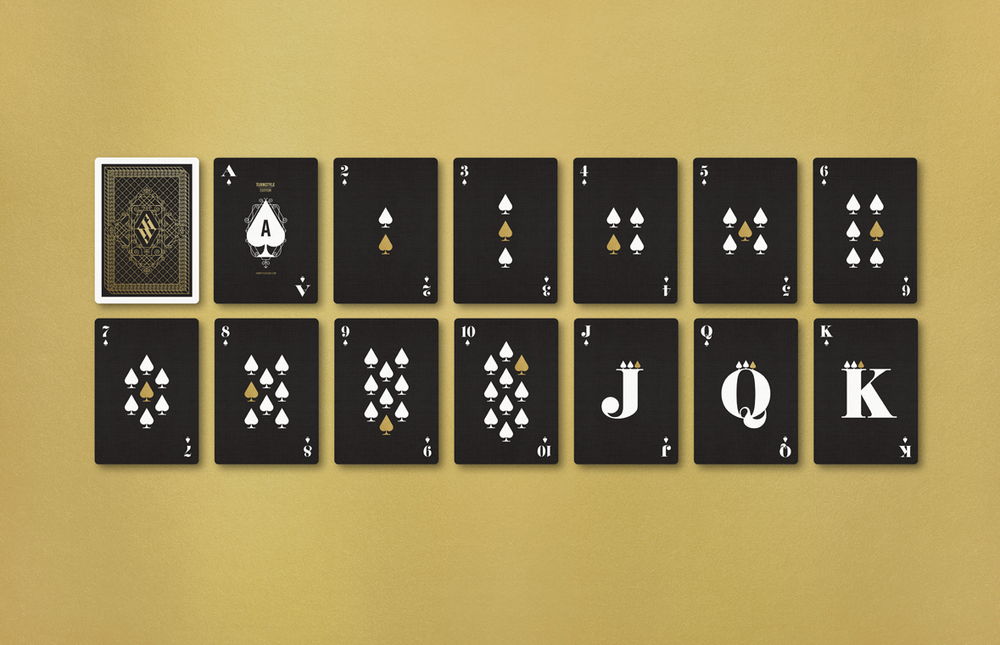 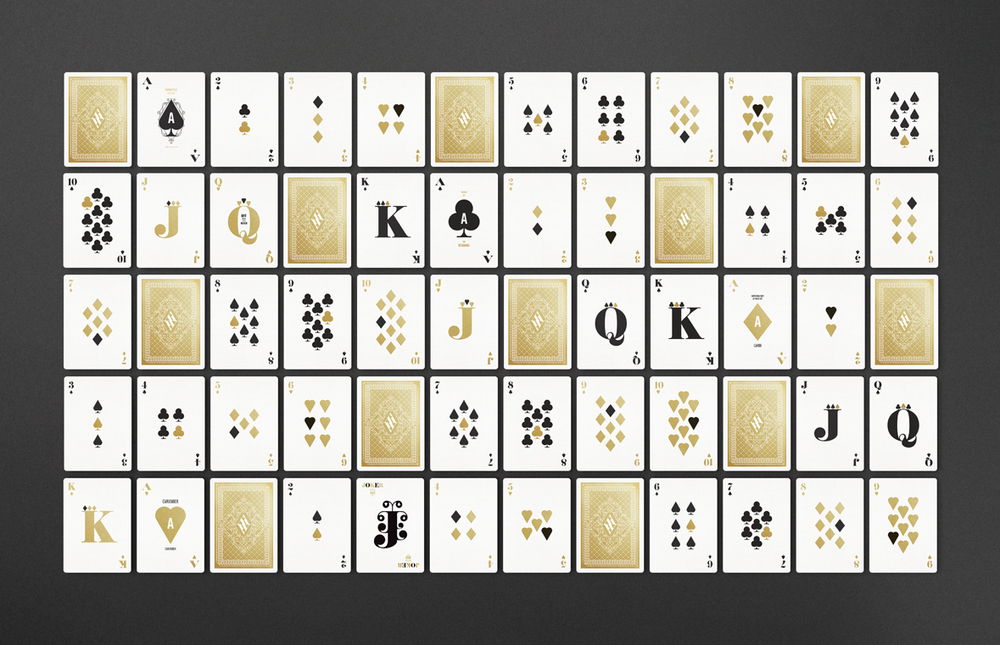 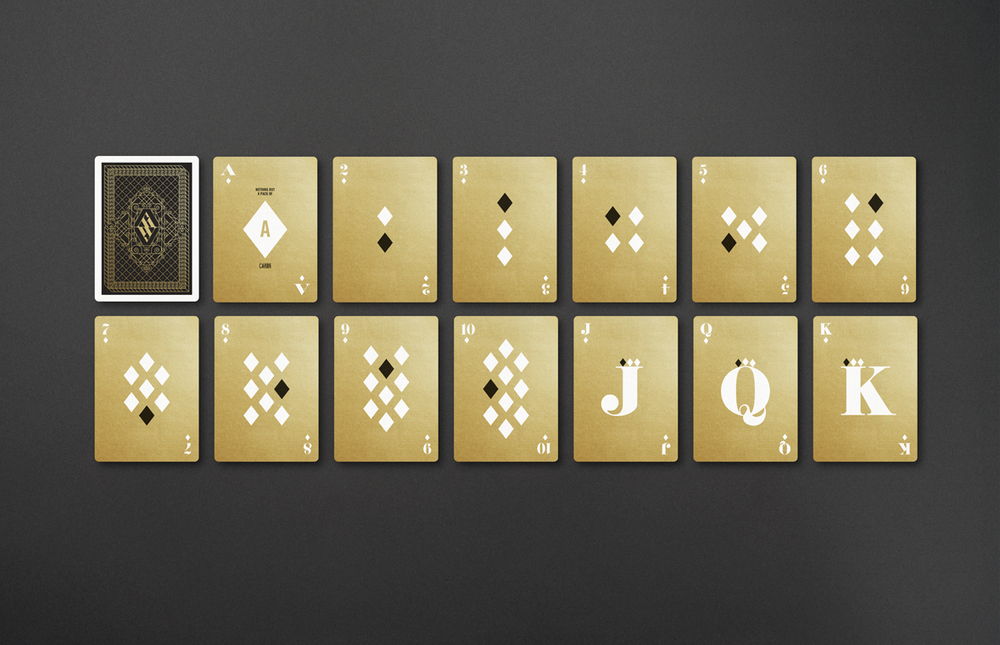 Contribute to our campaign below to help us bring this special deck to life!

Turnstyle is a graphic design firm specializing in branding, art direction, print, packaging and websites. We believe that design is strategic, but that strategy is not design. We believe that the way something looks and feels really matters. That craft and execution really make a difference. We believe that style is an emotional shorthand; a simple way to say complex things. That ideas spark the intellect, but that design in the service of an idea stirs the soul.