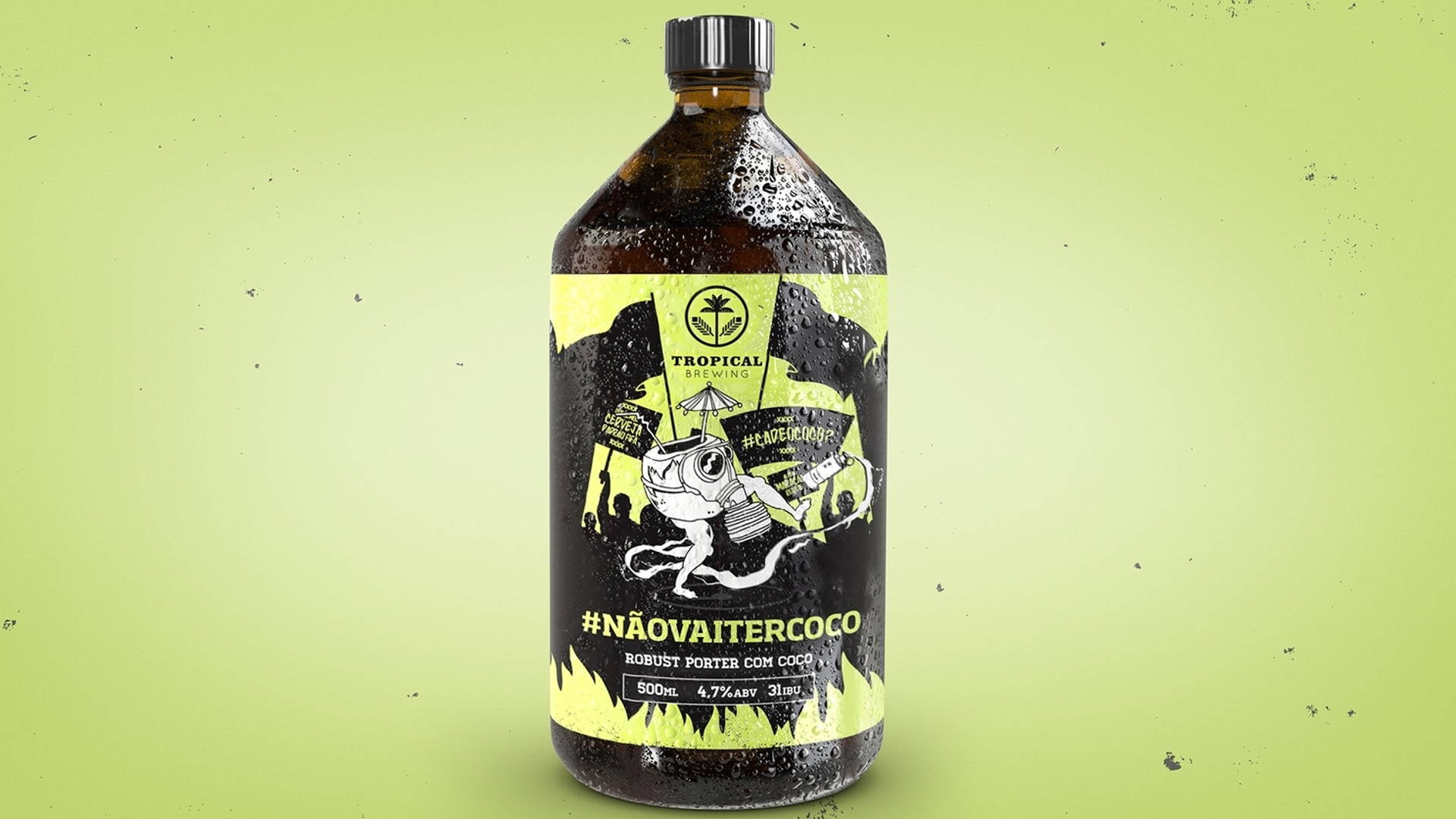 Tropical Brew has turned bitter into sweet with their exotic fruit-flavored beers. To best capture the products' rich essence, Thiago Modesto labeled the brown tinted bottles with psychedelic art. Illustrations of the fruit extracted are personified creating a narrative of surrealist humor. Each malt is named after an event that interestingly correlates to the specific fruits and their colors. 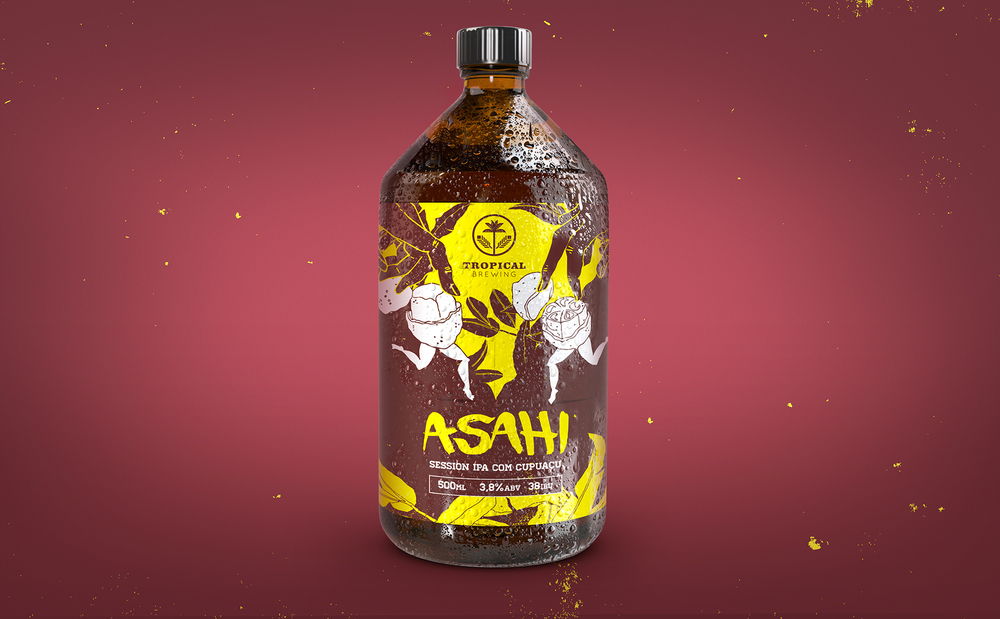 "This [Asahi] Beer has the addition of cupuaçu, a Brazilian fruit. The Asahi Foods is a Japanese company in mid-1998 patented this fruit as its trademark, but then that patent was revoked. The art of the label has a lot of movement, simulating the escape of the 'cupuaçus' from the hands of the Japanese company, represented by two hands. Warmer colors represent land and the density of the forest, complemented by typography which shows the ancient oriental writing style." 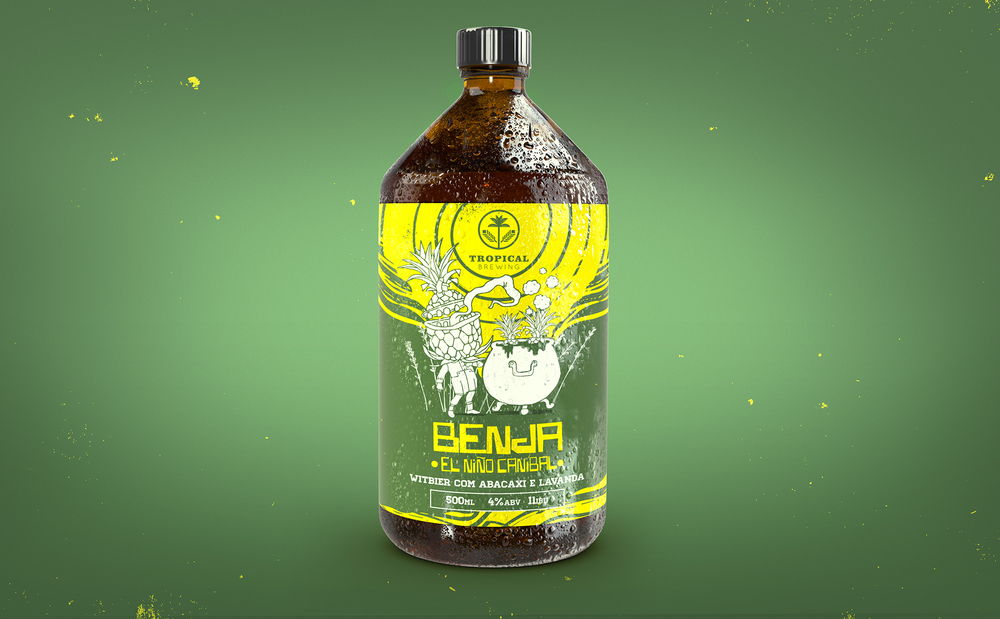 "Benja El Niño Canibal, was made for the birth of Benjamin, son of one of the brewers. His figure is somewhat terrifying for a children's representation, but it was all thought, adding the figure of the cannibal with some classic fairy tales, which are now taken as stories for children but actually are dense and tragic stories. The green and yellow colors form the perfect combination, reflecting either the addition of pineapple and the Brazilianness inherent in the brewing." 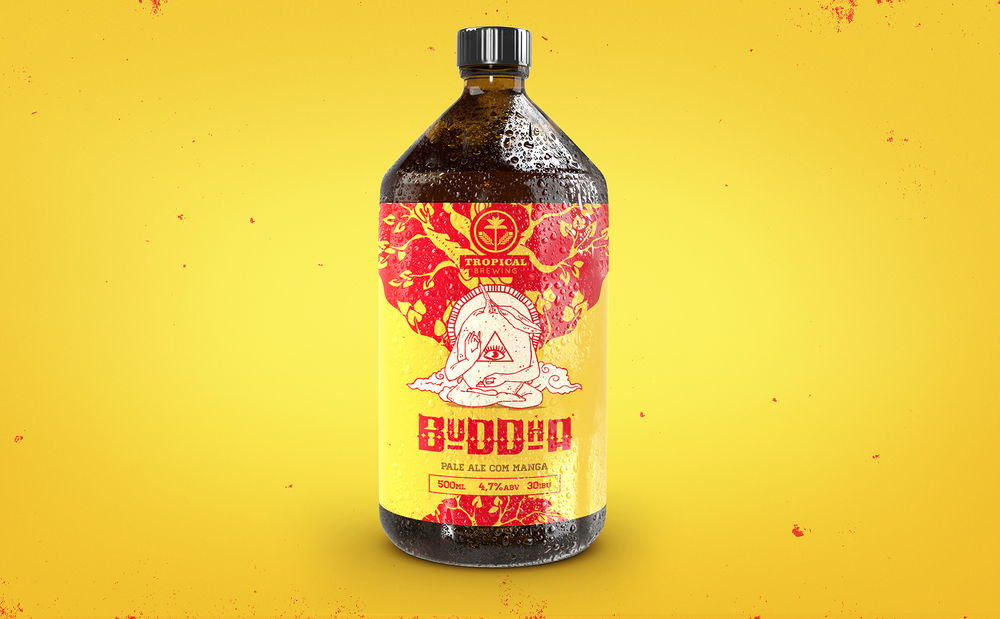 "Buddha is a refreshing beer, she has manga in your recipe, so we searched in Buddhism historically their roots. It is said that Buddha, in a time of your life, retreated to the shade of a mango tree to meditate, so we made the representation of the scene on the label of this beer. The predominant warm colors in art seek to represent the color palette of the fruit itself." 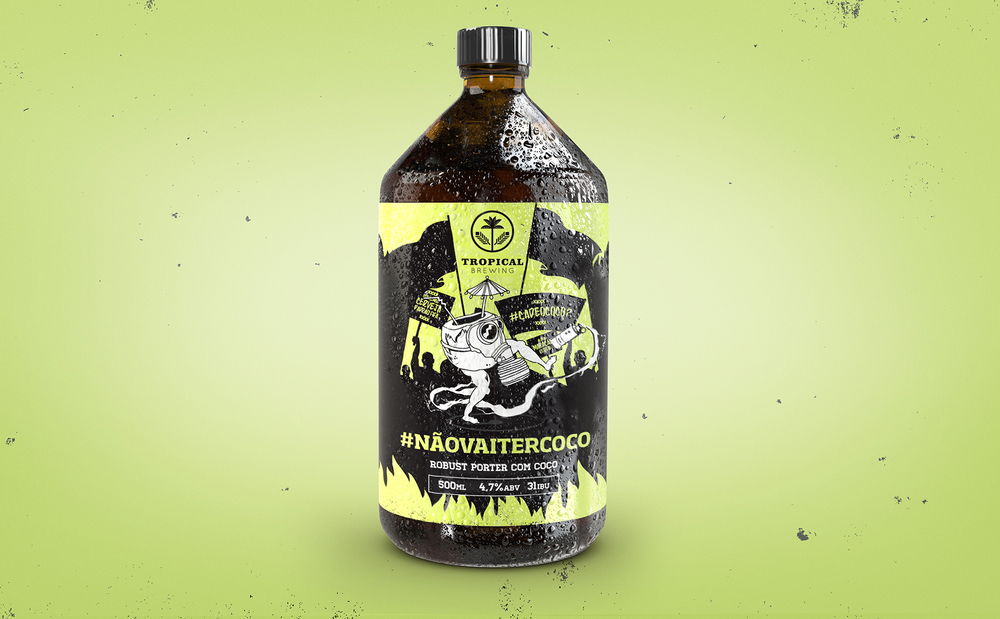 "#NÃOVAITERCOCO is a beer made ith roasted malts. It was released in the period of the World Cup in Brazil as a beer/protest. The label represents the repression of anti-Cup manifestations in the period. The black color translates the Black Bloc tactic in manifestations and the white green, the presence of coconut in the recipe." 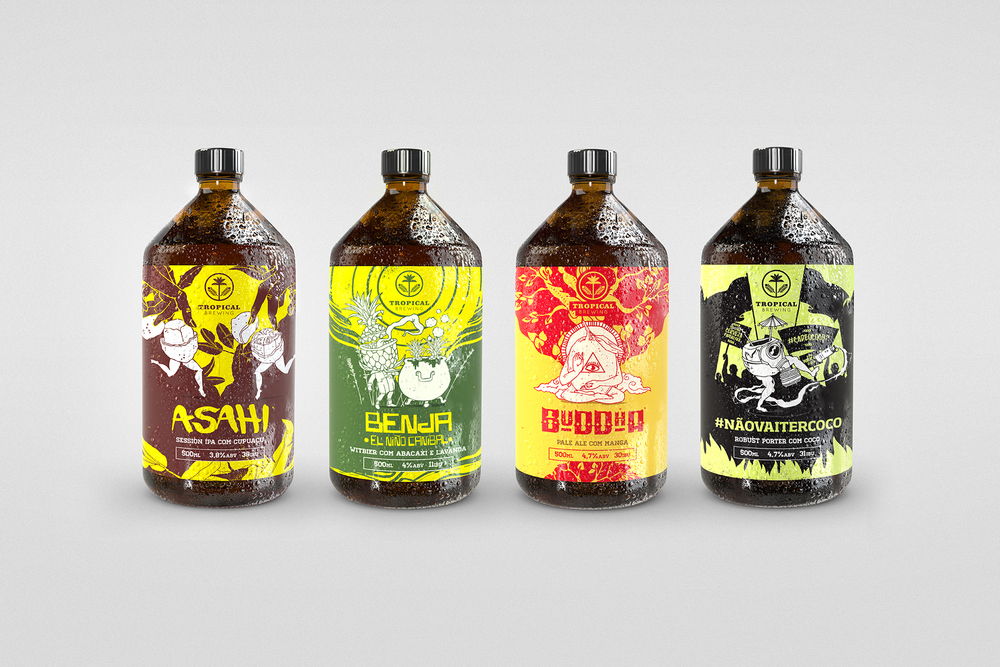