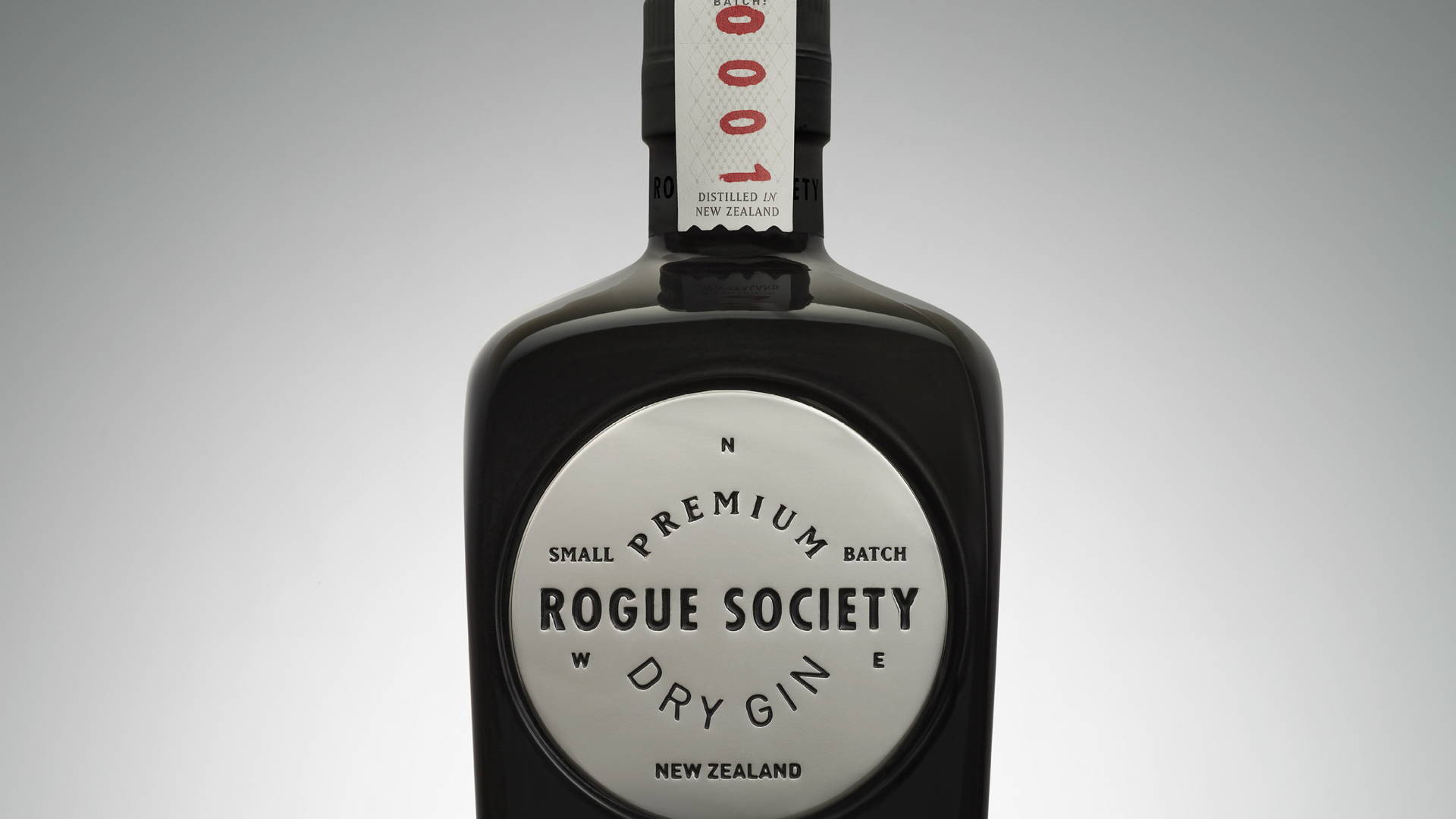 Auckland based One Design designed Rogue Society - a new brand of premium, artisan style gin. As the aim of Rogue Society was to reinvent, reinterpret and then re-present gin to an influential and discerning crowd, the brand was positioned to appeal to fashion-forward males with a high disposable incomes. 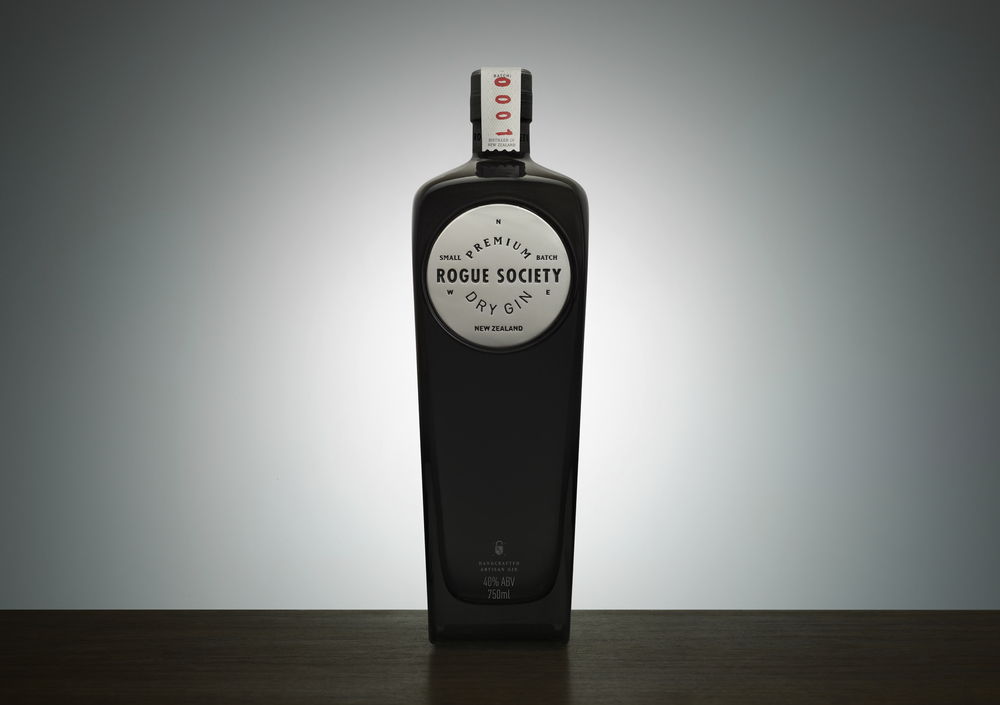 Our idea was to insidiously introduce an intriguing and clandestine ‘society’ to market, an open secret of sorts. The idea was to create a heightened sense of drama, mystery and intrigue through alchemy, art and science. 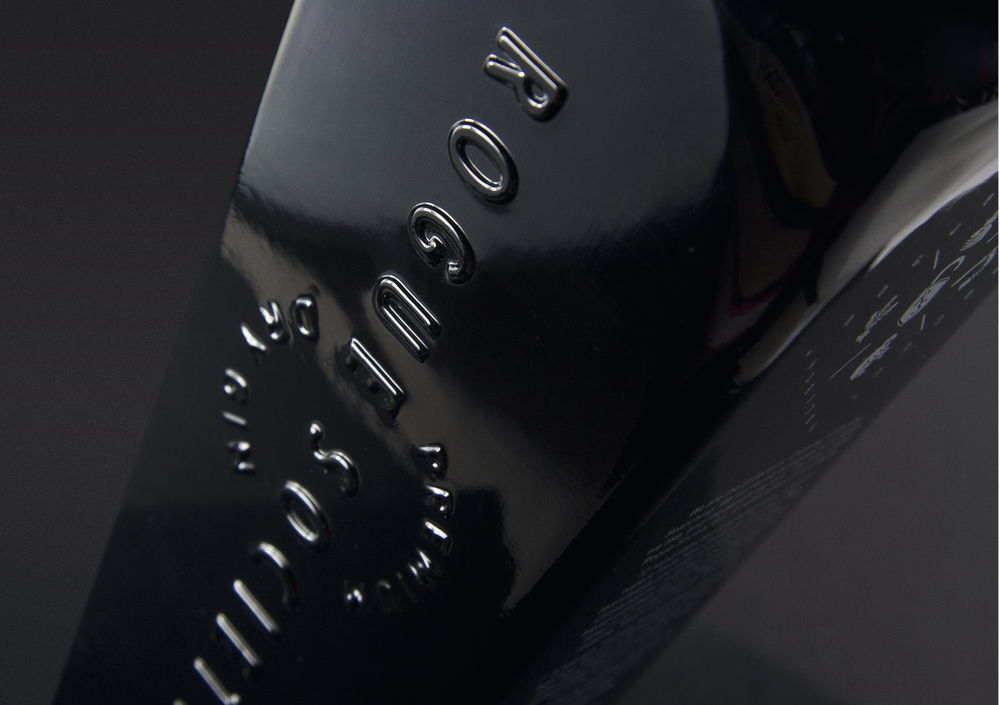 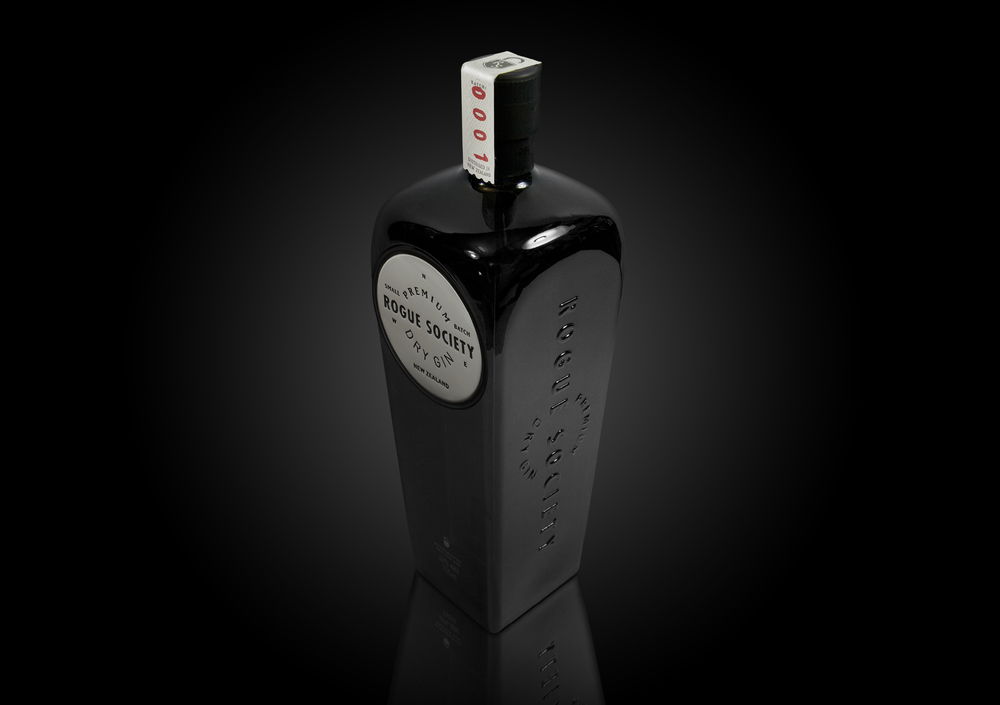 Its presence on shelf is robust, proud and stoic amongst a sea of clear glass. The bottle also had to demonstrate the artisan nature of the product. We applied a large batch number with stamped appearance on the front of the tamper seal to communicate this. 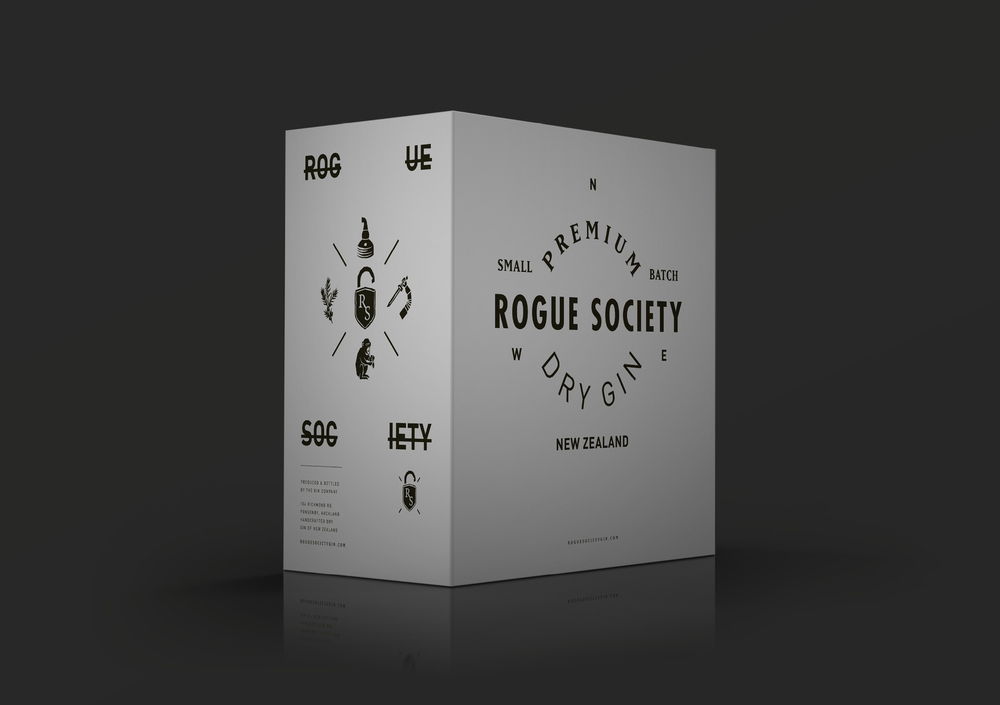 The packaging also delivers on discovery, a series of randomized, reckless quotes on the tamper seal, for example; 'We of the craft are all crazy' and a hidden message embossed in the glass at base of bottle, that reads ‘A fall from grace’. 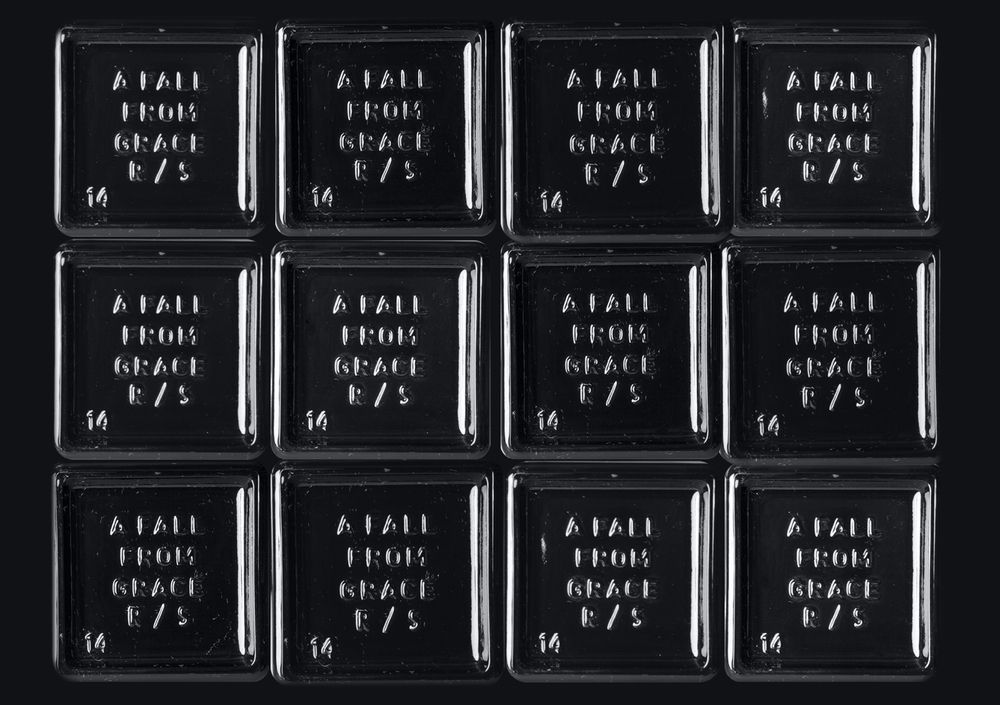 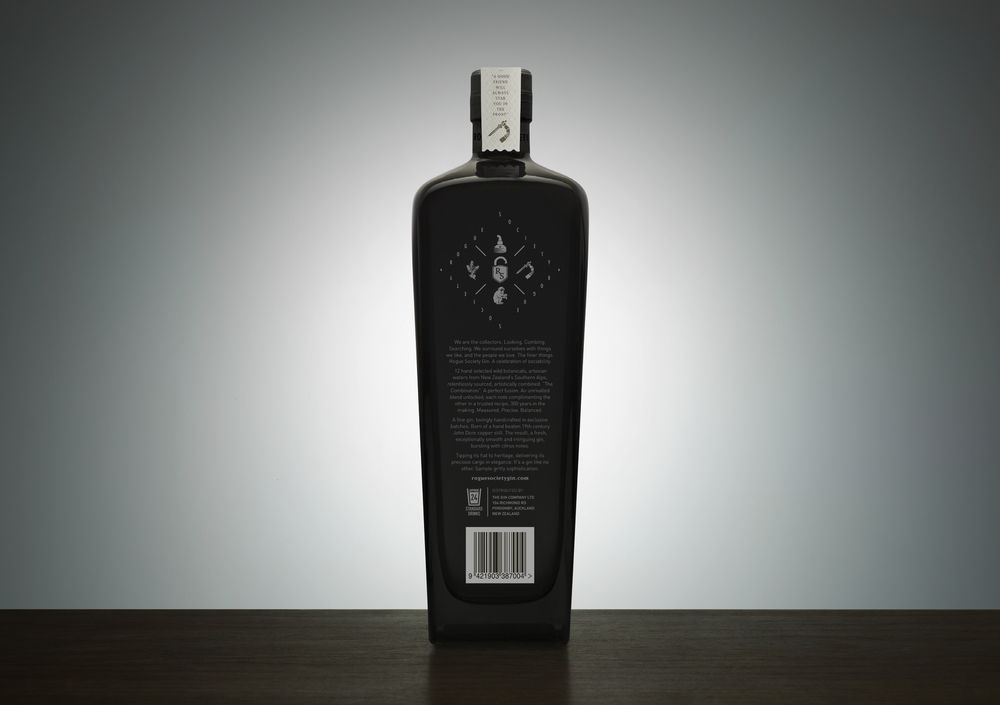 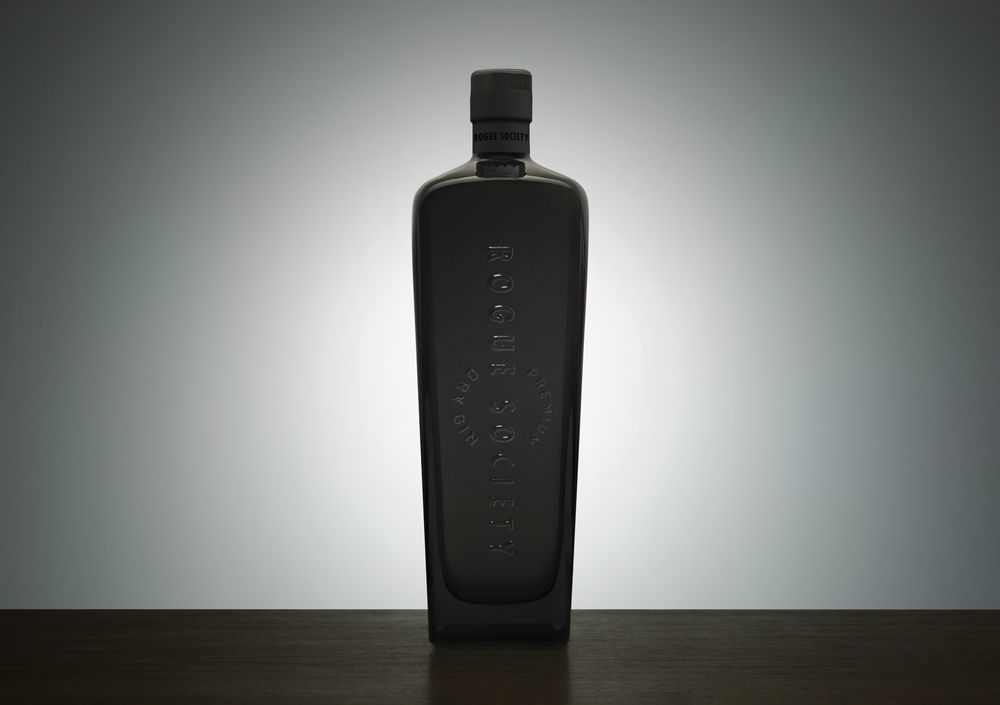 I'm personally not a big gin fan, but this bottle would definitely make its way onto my mini-bar.  Considering the demographic, I can see how this design would appeal to design-centric males with a masculine bottle shape and stark color palette.