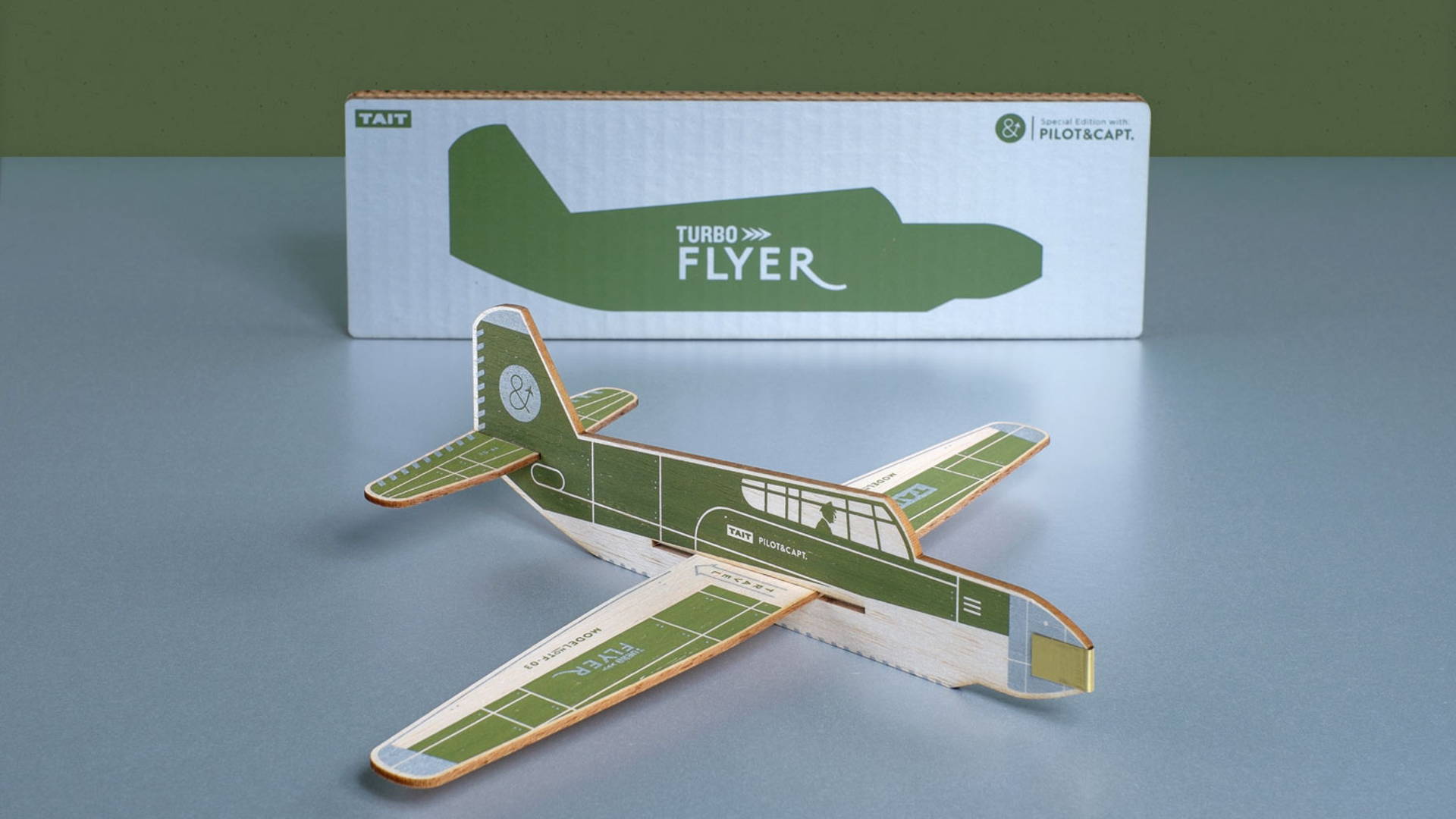 "Feast your eyes on this limited-edition Turbo Flyer! The balsa kit is just like the original model, but the designers over at Pilot & Captain whipped up a stunning paint job inspired by a mix of aerodynamics and graphics from civilian and military aircraft from the 1940s, 50s and 60s. This is the first two-color plane I’ve ever done, and it really pops. Just look at those rivets! As you can see, the silver metallic and army green design’s not afraid to be bright and bold." - Tait Design Co. 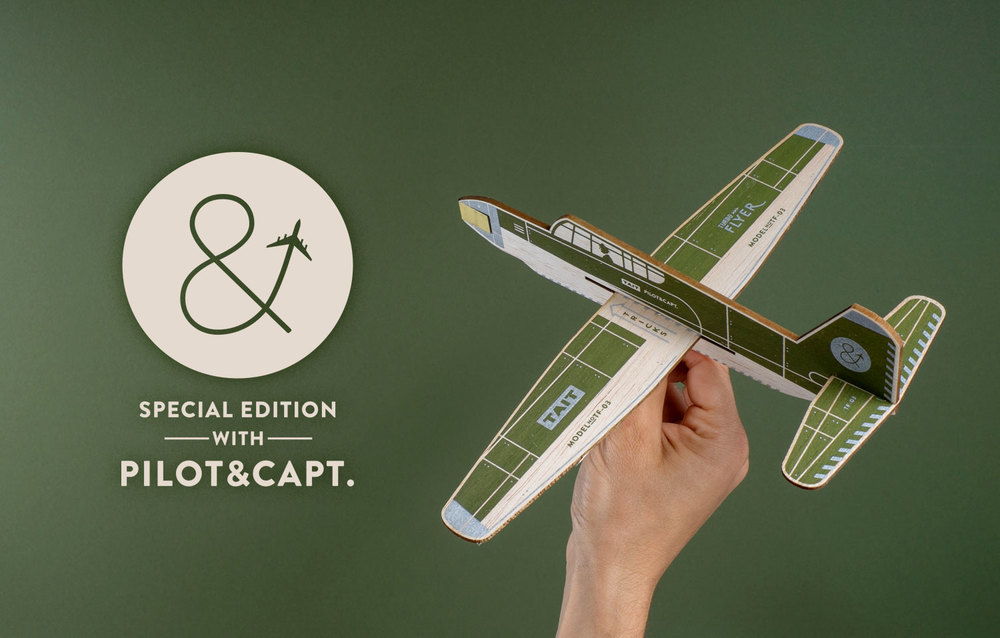 "Our inspiration was a mix of aerodynamics and graphics from civilian and military aircraft from the 1940s, 50s, and 60s -- Japanese Zeros to the beautiful Cessna 140s. They share bright exposed metal, two-tone printing, a beautiful formation of rivets, and modern, aggressive graphics that lend themselves for reinvention." - Pilot & Captain 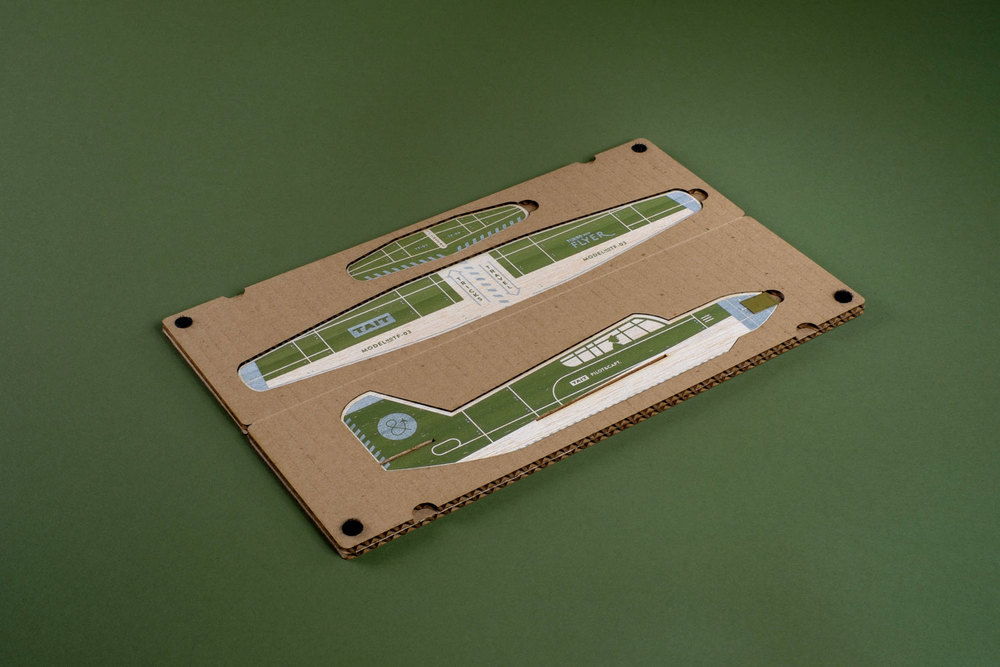 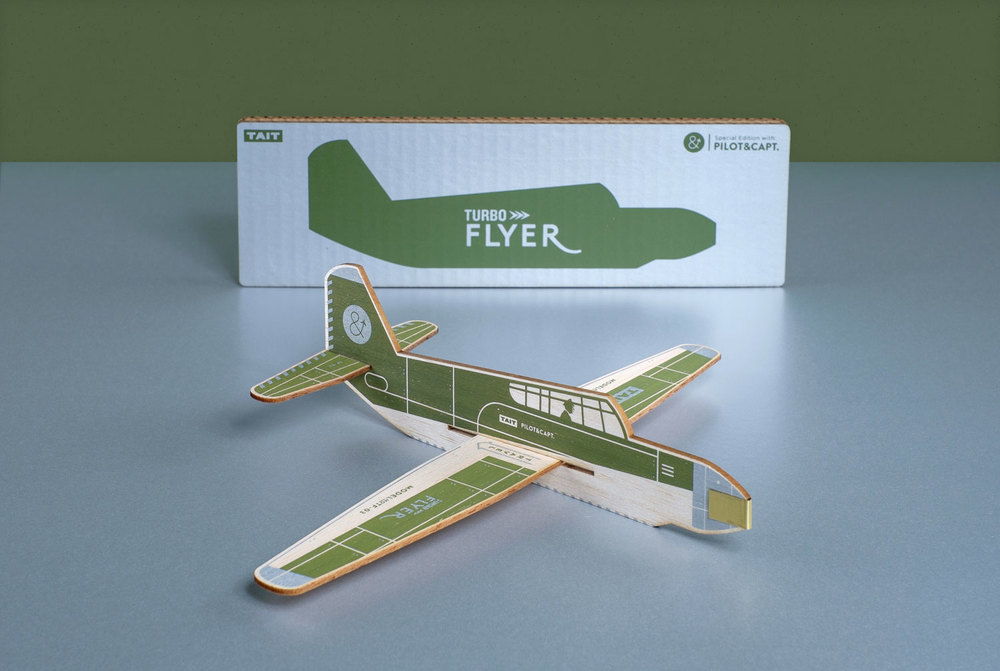 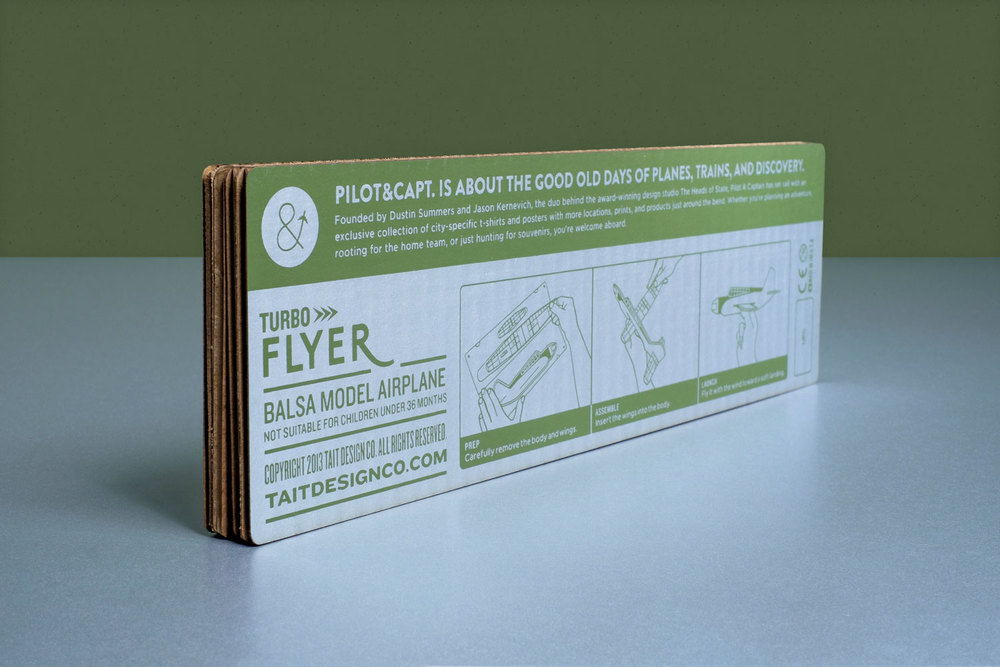 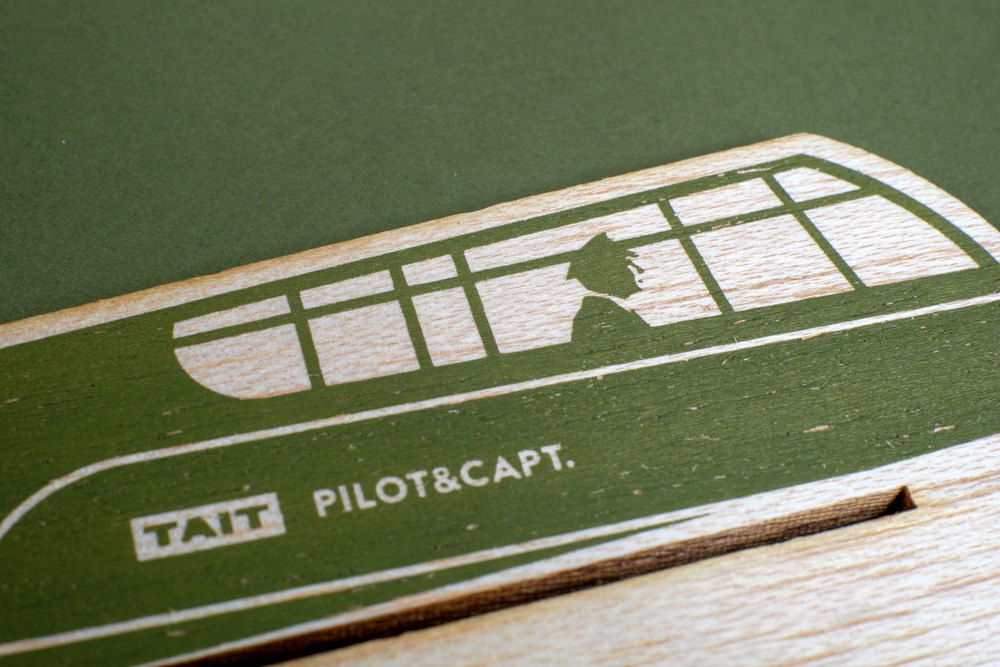 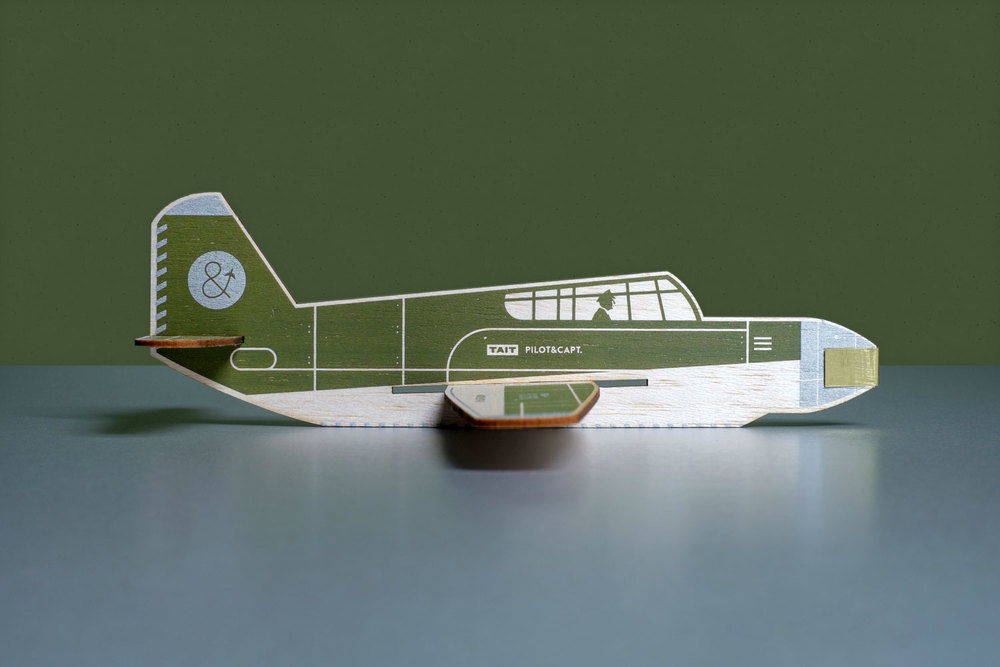