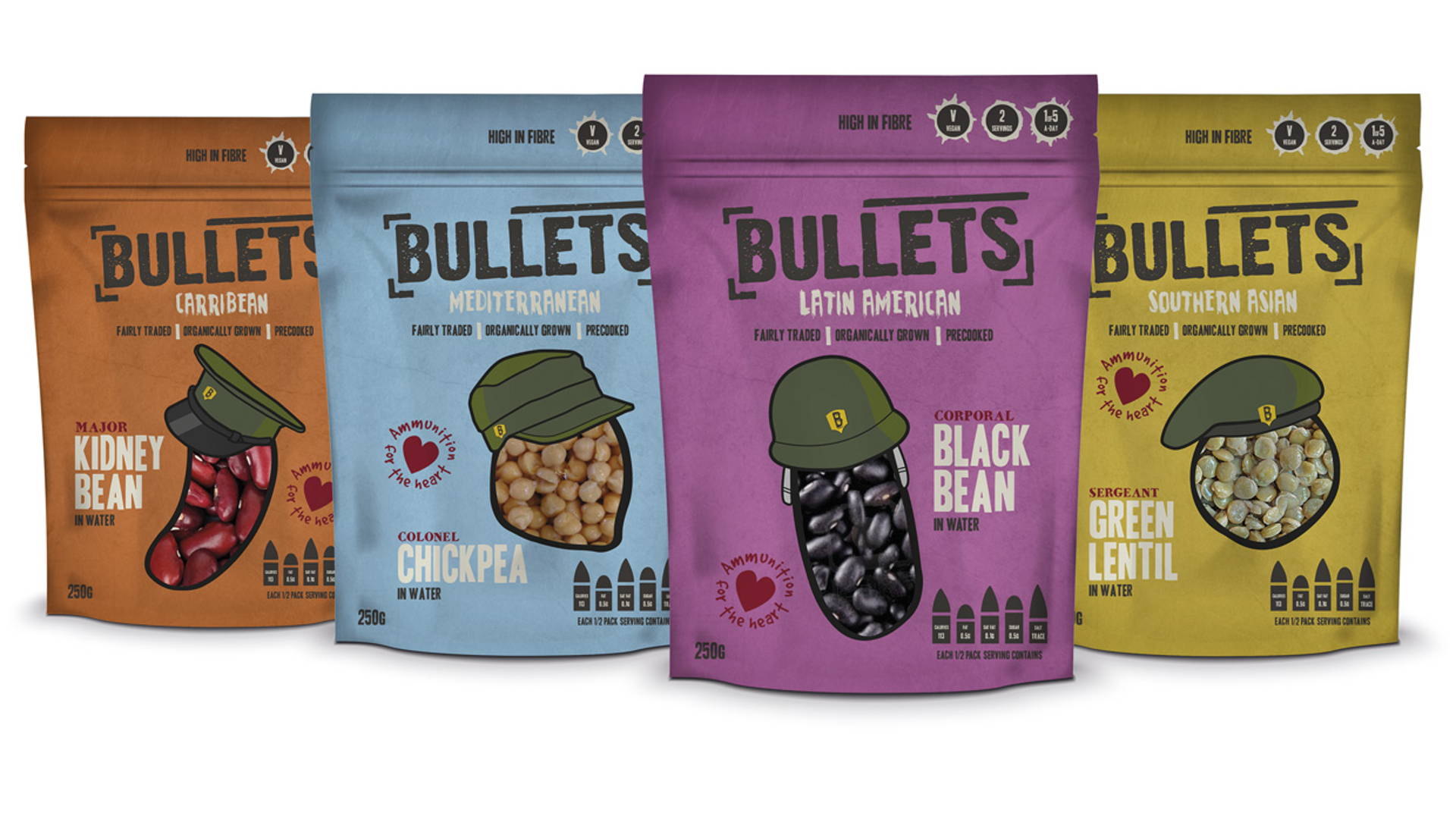 In efforts to make legumes more appealing, especially to younger consumers, a fun narrative was implemented by Gemma Cormick for Bullet packaging. Inspired by the name, an army theme was a natural direction to go in. The design focuses on a clear, witty look initially using a rainbow of solid background colors to help the product jump off the shelves. Once it grabs the consumers attention, they are invited to further explore the carefully considered bag. The name “Bullets” is surrounded by angled lines, giving the impression that the title was stamped. Below, the star of the show, an army character is formed with a multitude of  beans outlined in black and topped with a hat. The  body of the character is shaped from the actual beans that are packaged in water so as the bag moves, so does the character’s patterned body; as a result animating the 2 dimensional figure. To emphasize the military theme, accent pieces that act as creative labels are installed, such as a bullet hole as the barcode. 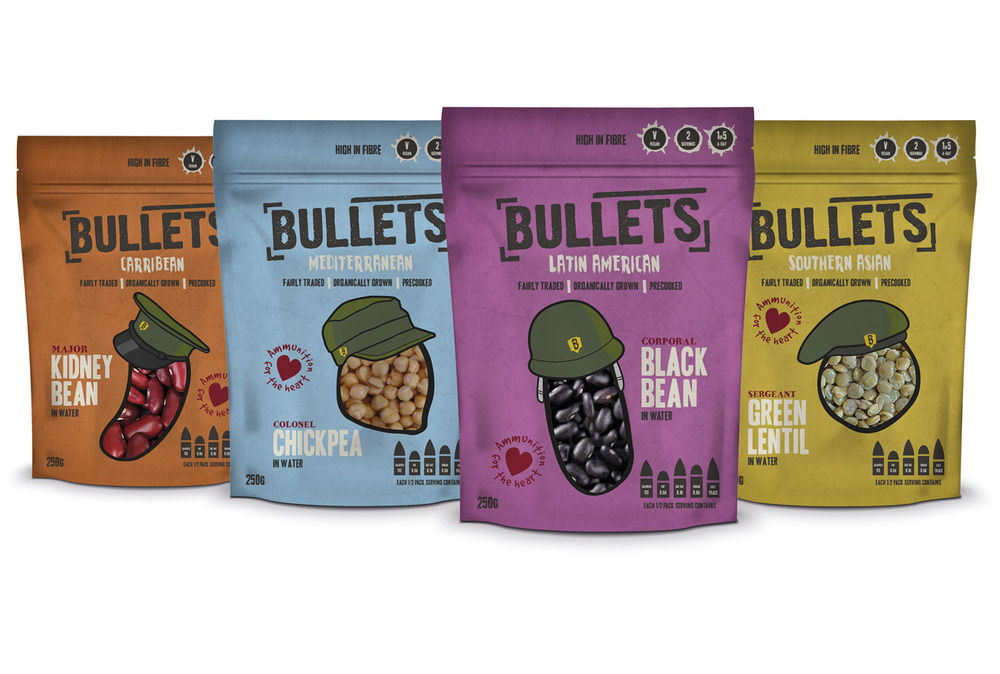 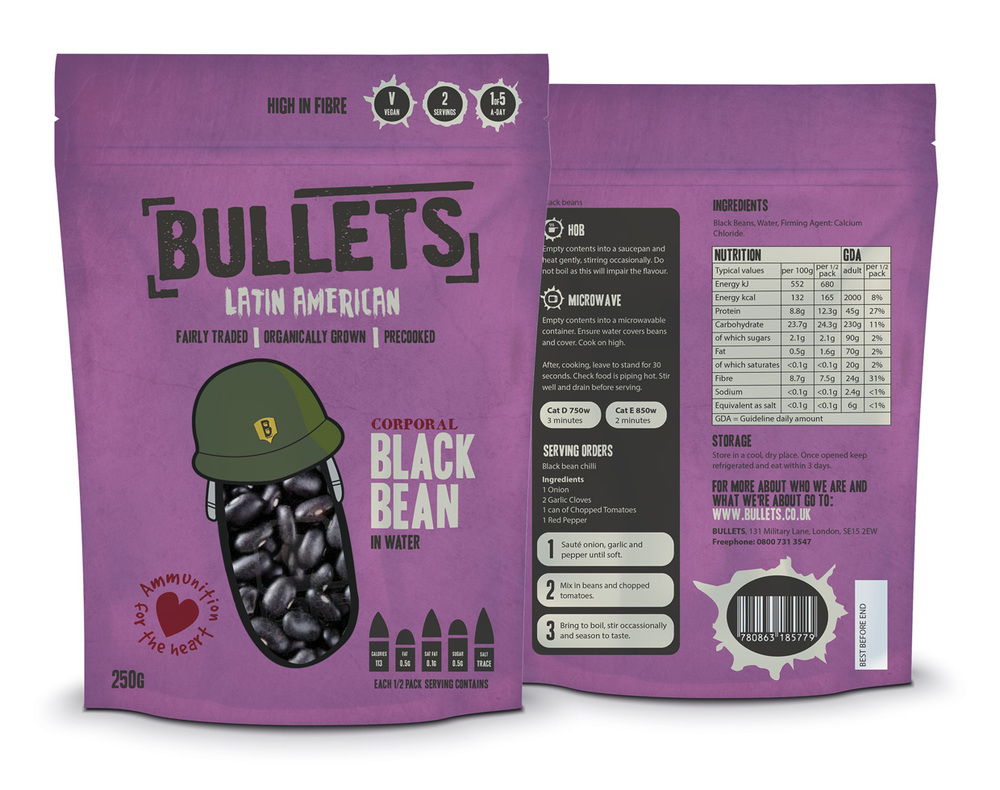 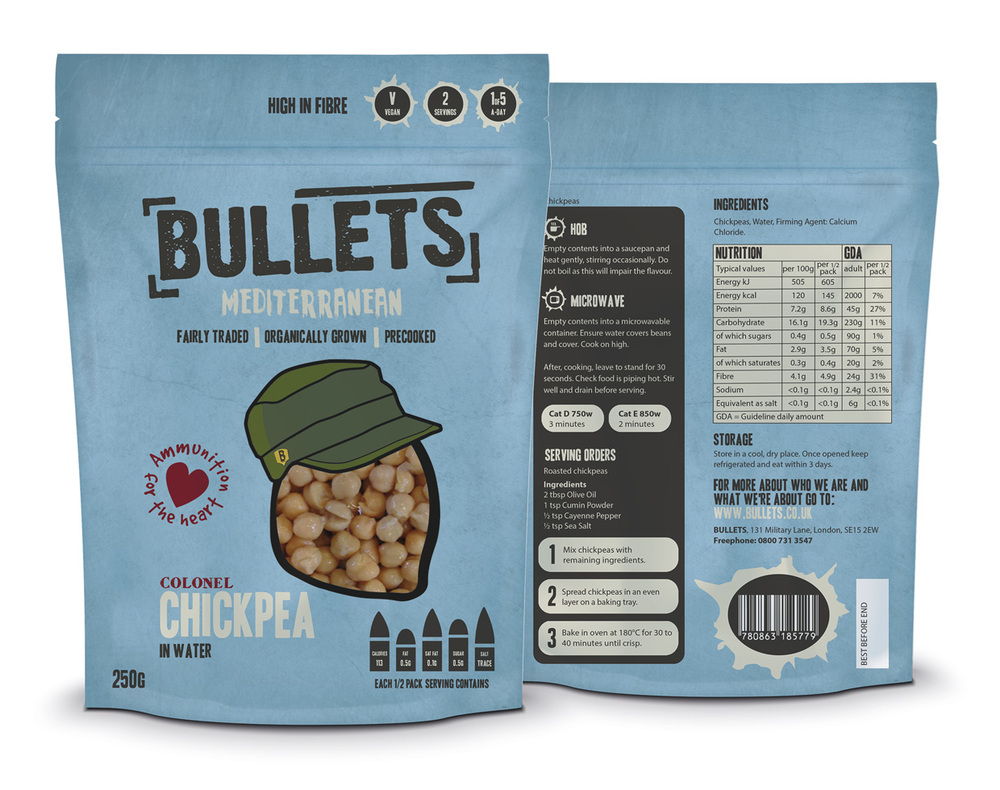 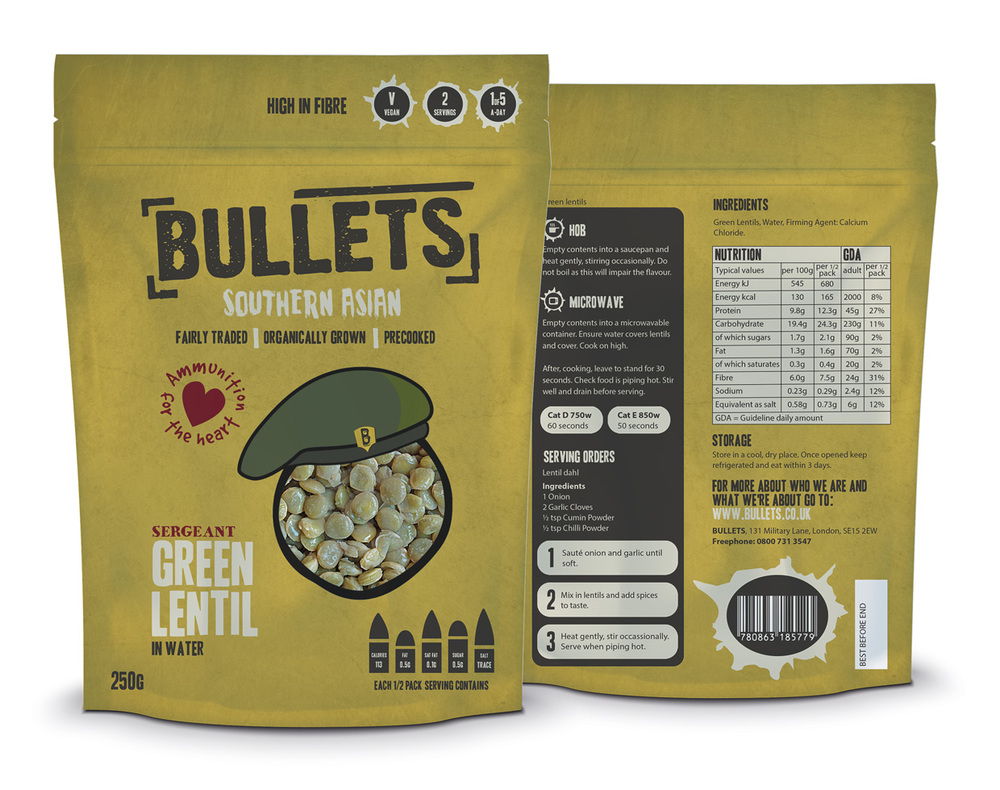 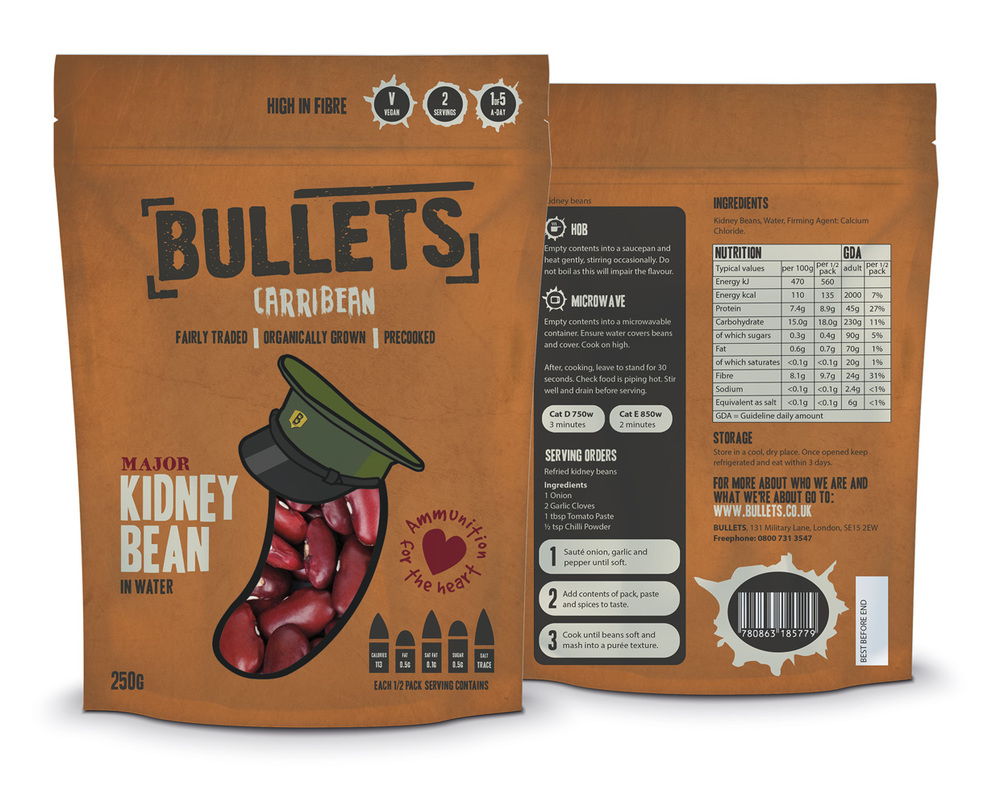 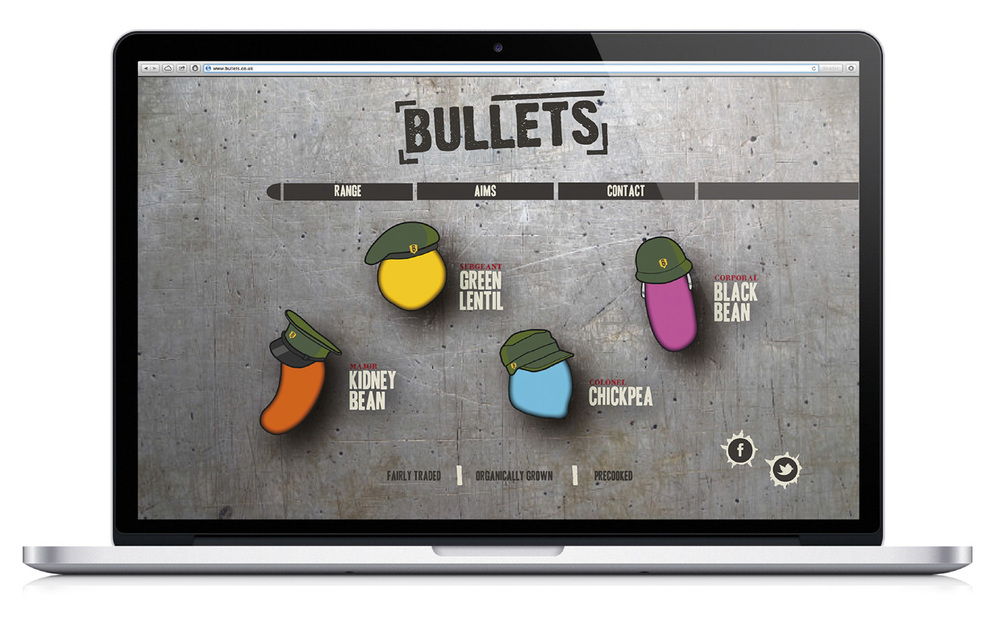 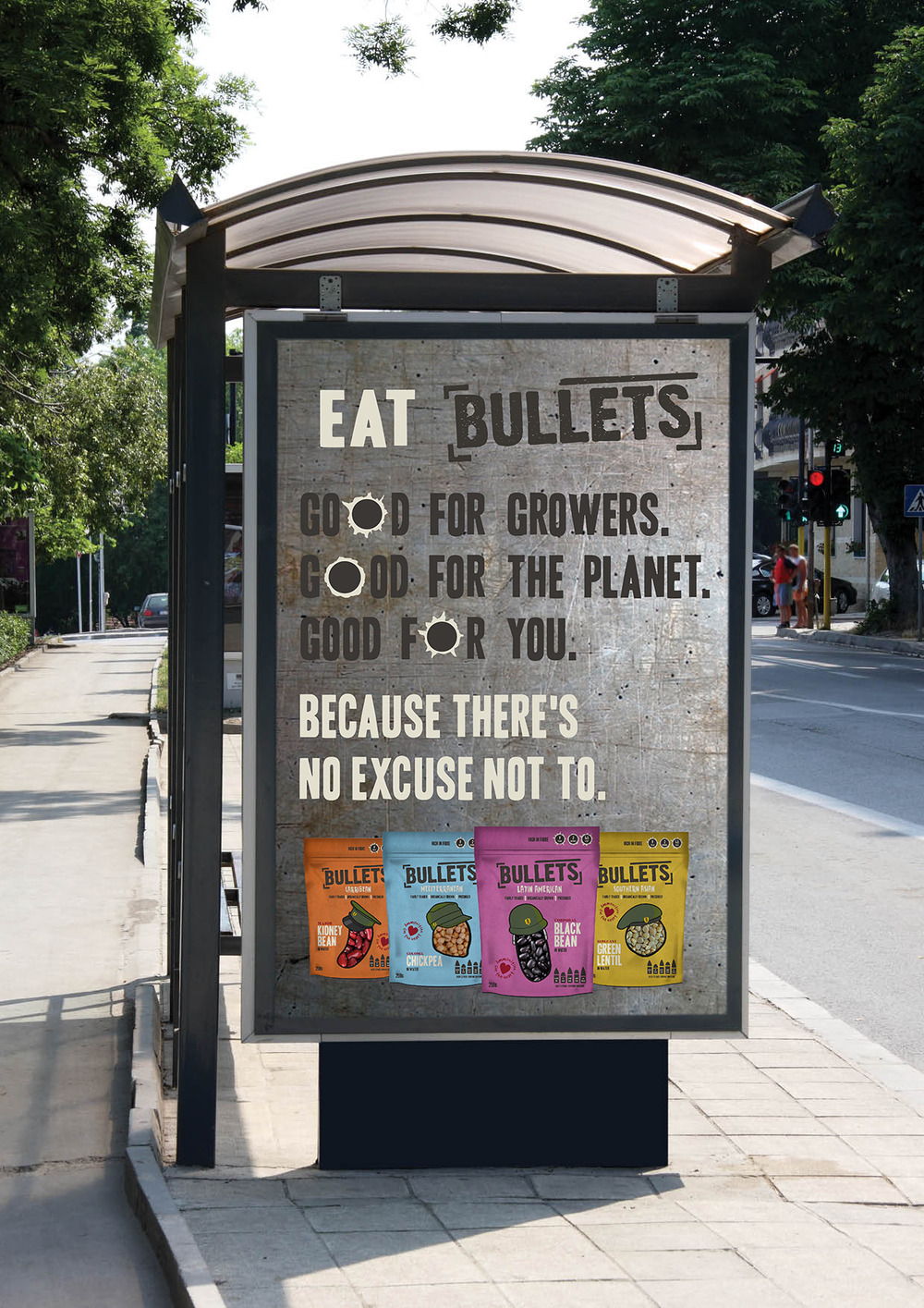