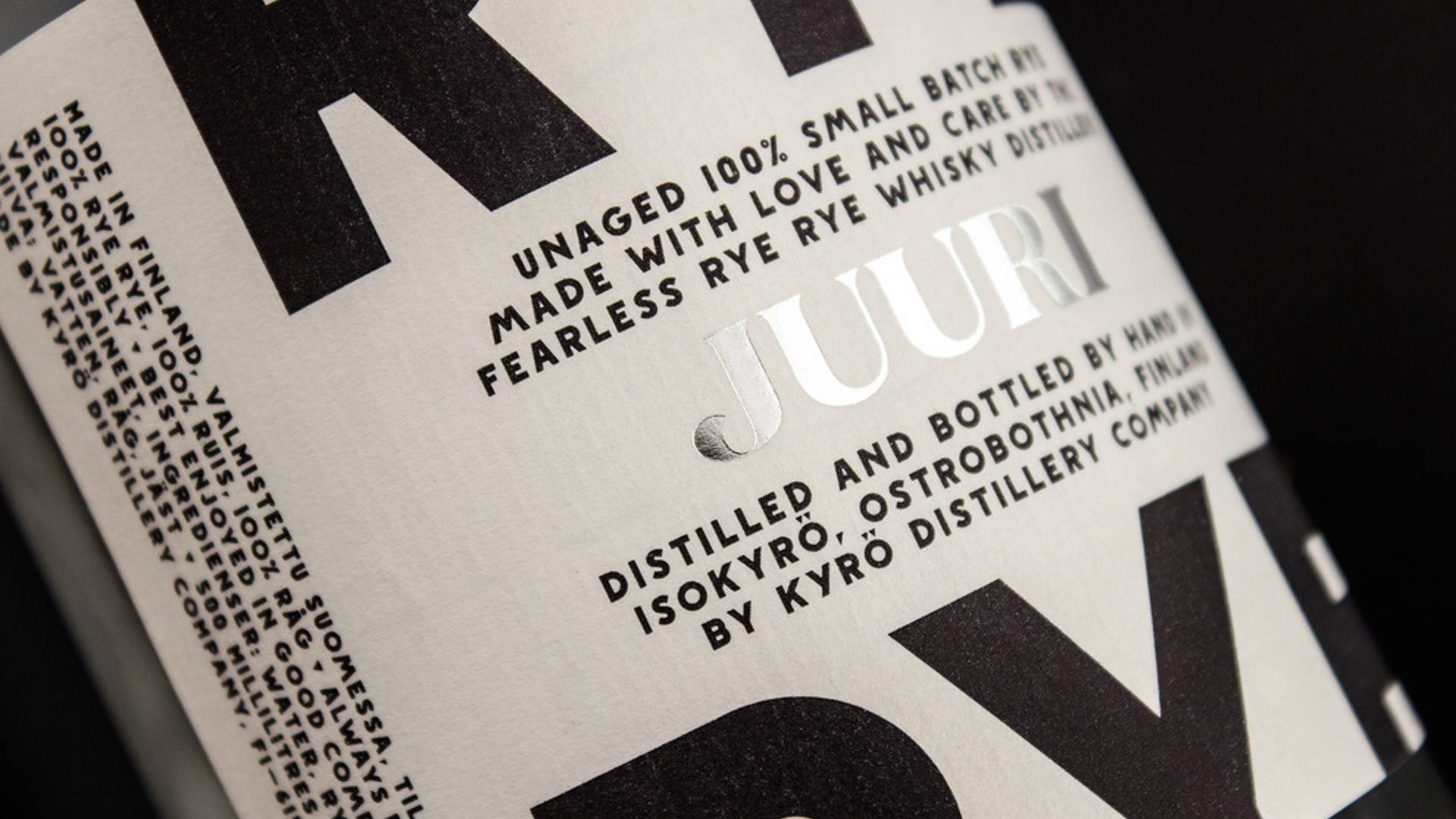 "There isn't a better start to conceive a Finnish rye whisky distillery than sauna. And that's exactly what happened in May 2012: five guys started to wonder why there isn't a rye whisky distillery and that there should be one. That's how Kyrö Distillery Company was born. The distillery, located in Isokyrö, just across the river from the home of one of its founders, was established in a former dairy used for storing old cars."

It was only natural that KYRÖ Distillery Company needed an identity system that would reflect their whisky culture but also the distillery's local roots and heritage. Werklig was tasked with this project and they delivered grand results. Creating an identity system that is clean, fresh, and easy to use while keeping true to KYRÖ Distillery Company's inspiring story that is full of heritage. 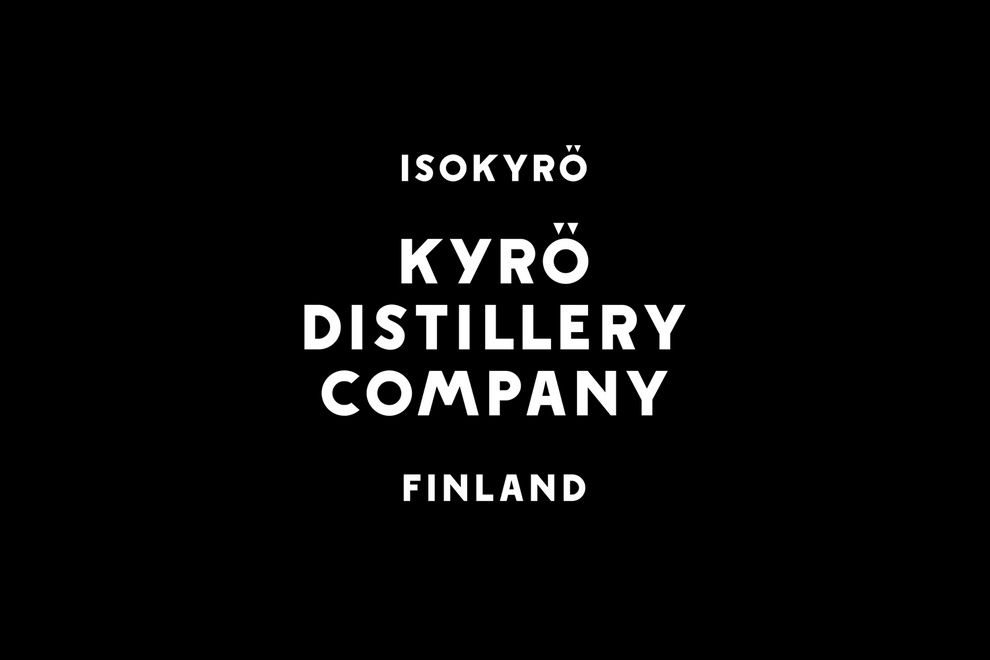 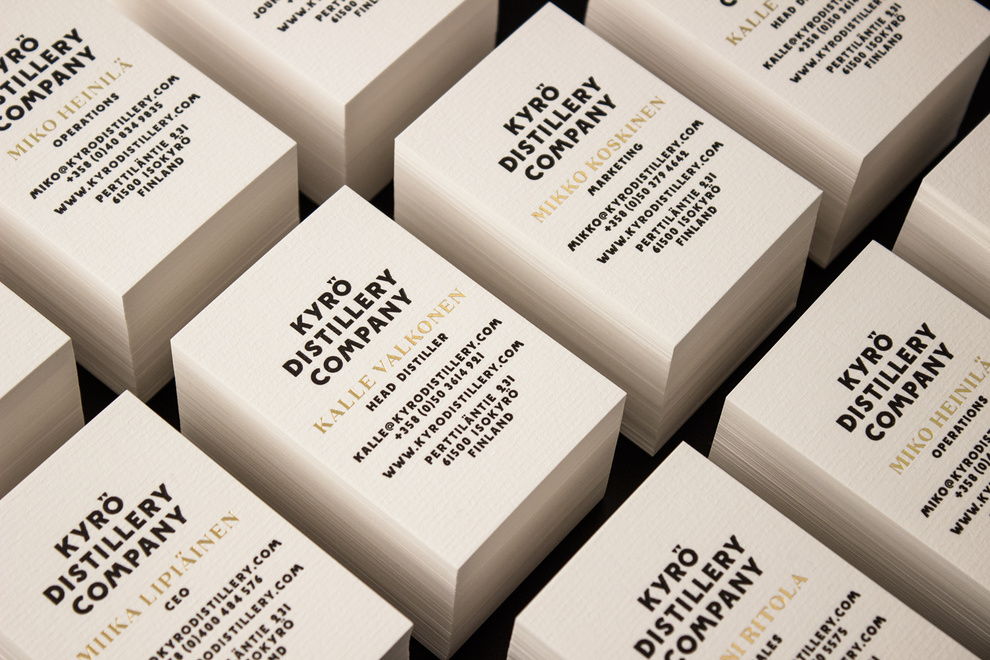 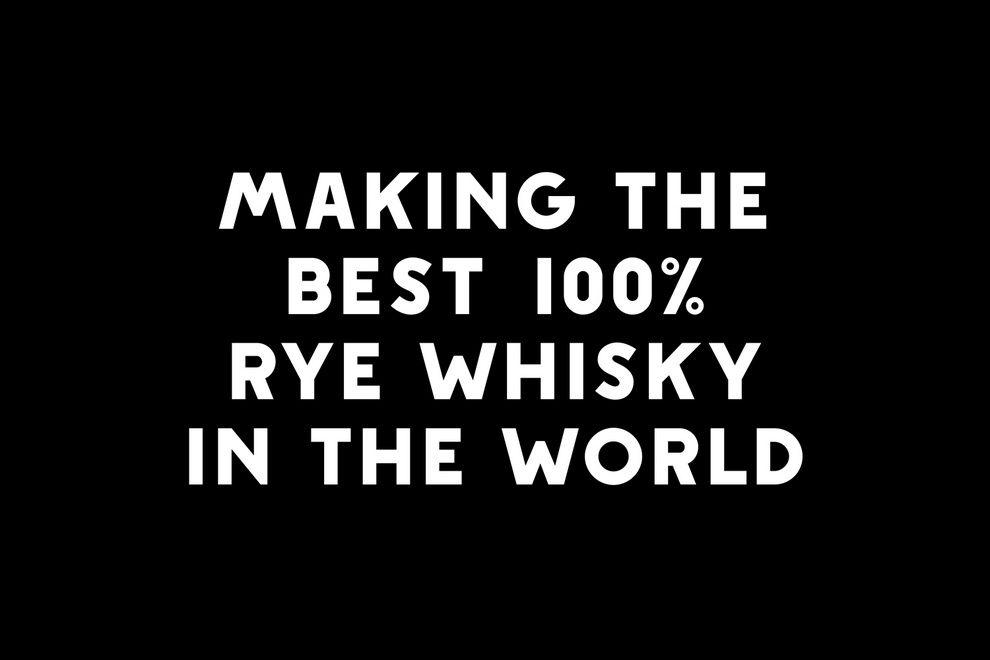 "The distillery is based in the heartlands of Finnish Ostrobothnia. The first batch of the whisky won’t be available until 2017, but an initial product called Juuri (Root) is already in production to be used in cocktails. More products will be developed and made in small batch style as the production evolves. The company also has clear-cut plans for entry into the international market, aiming boldly at global metropolises such as London, Berlin, Hong Kong and Tokyo.

This sort of brand evolution meant that the identity needed stand the test of time and changes: it had to be clean, fresh and easy to use still after a couple of years when the first whiskys are matured.

The solution was to make all visual elements simple but filled with (hidden) stories. Custom typeface called 'Napue Sans' was designed from old Napue battle memorial monument engravings (right next to the distillery building), giving a true historical and local flair for the identity. Colors were kept to minimum using only black and white with silver and golden accents - silver for clear unaged spirits and gold for matured ones.

As the company needed a seal of approval for official documents we created, well, a seal of approval to the letter. The seal is based on Isokyrö town coat of arms that has a bear in it, hugging a tree. In our version bear is replaced with a seal, this time giving a hug to a bottle. The seal is of a faux-style, not actually old but it seems old. This is mainly because all the letters used in seal have been meticulously redrawn from Isokyrö medieval church wall paintings.

Again, even though the elements may seem simple they include a true, inspiring story with a heritage.

Like distillery's main product - whisky - the identity is also evolving and maturing, but the first applications have already been launched, incluring Juuri labels and other print materials. A pop-up bar was opened in Helsinki in April 2014 to promote Juuri and the distillery. The bar interiors were naturally fully branded, a separate case study of  this pop-up will be released later." 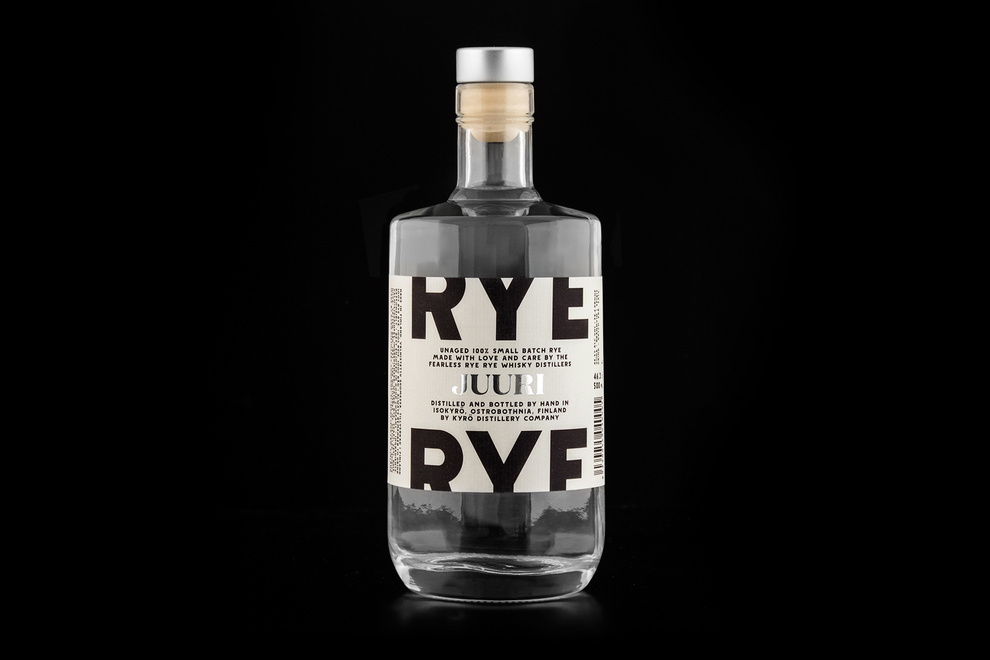 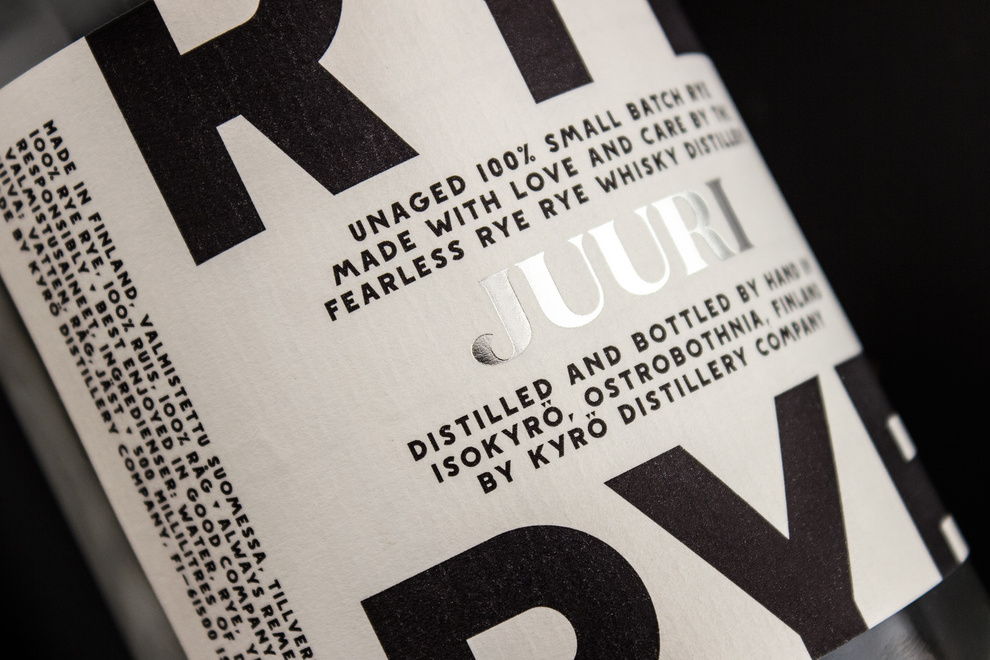 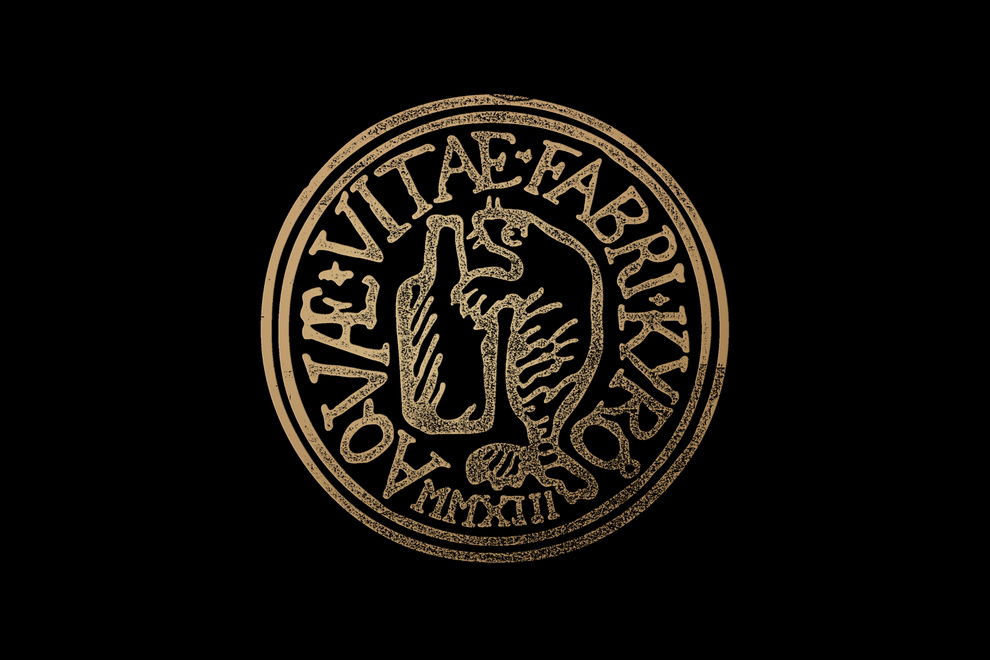 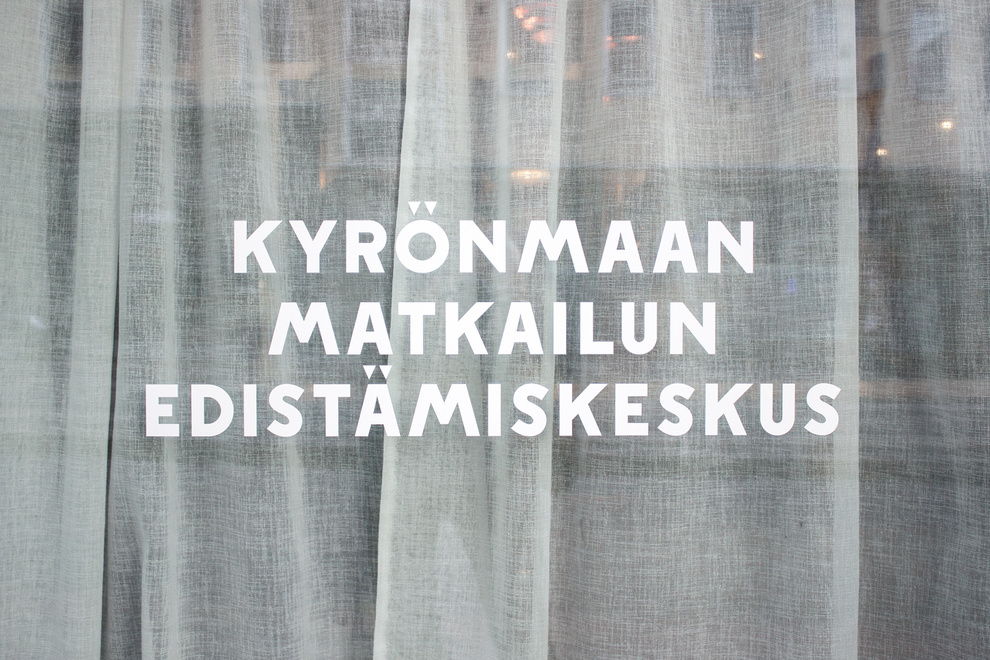 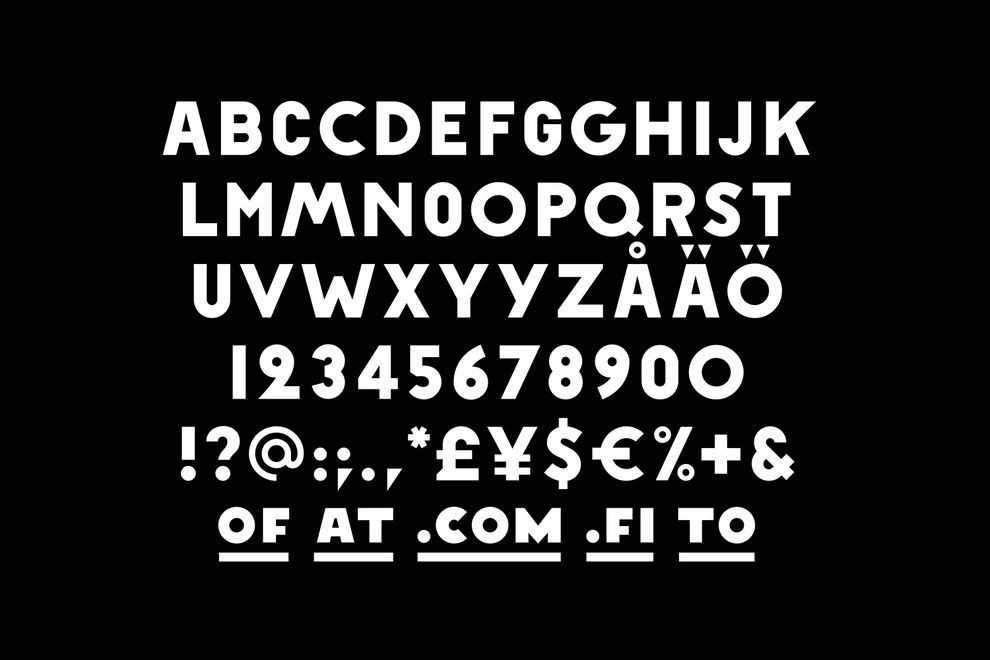 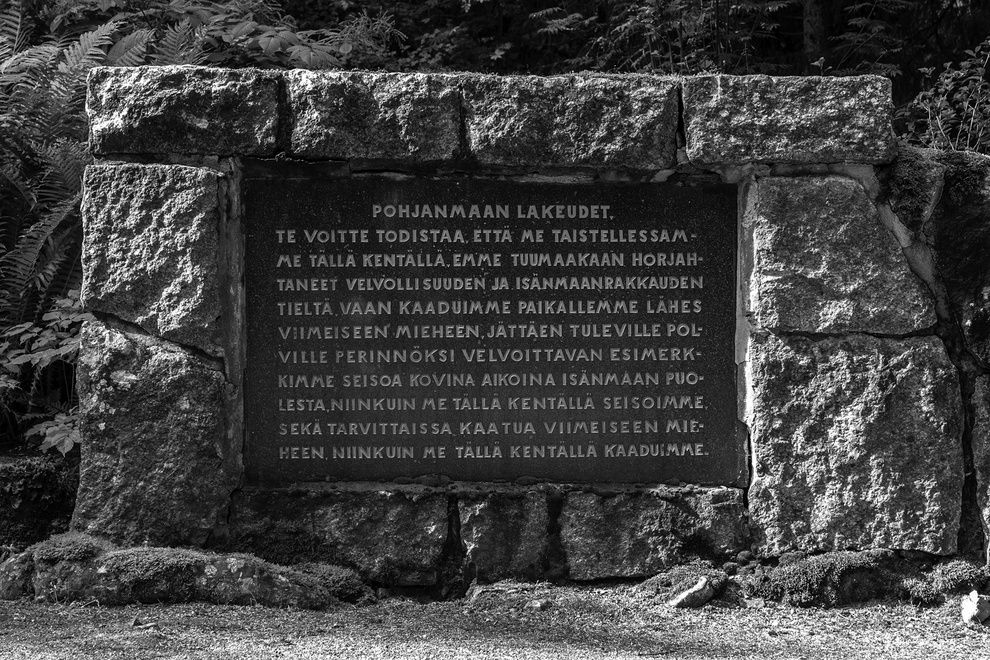 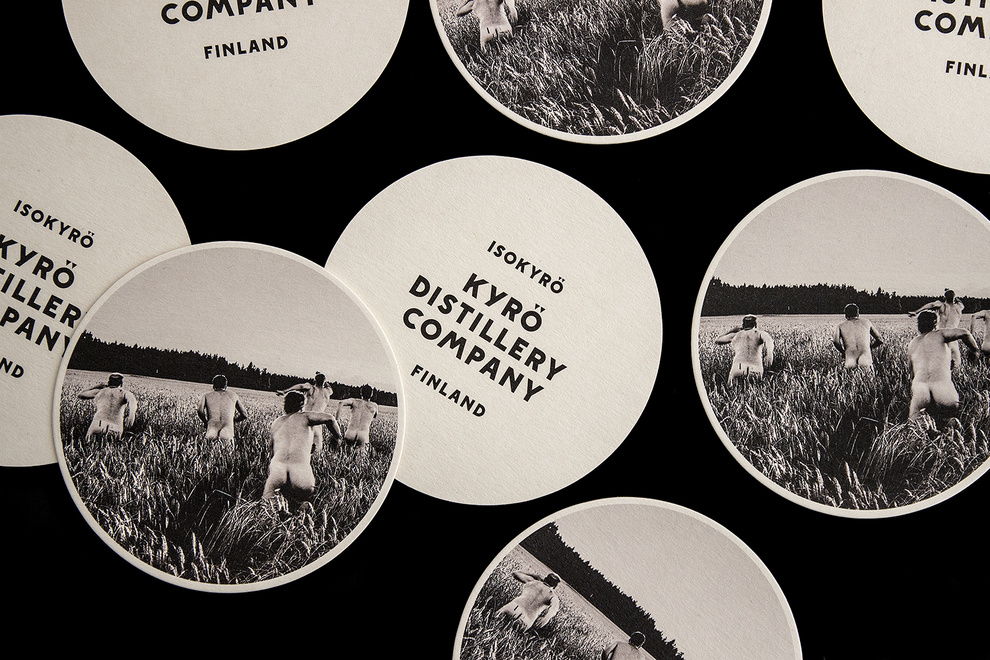