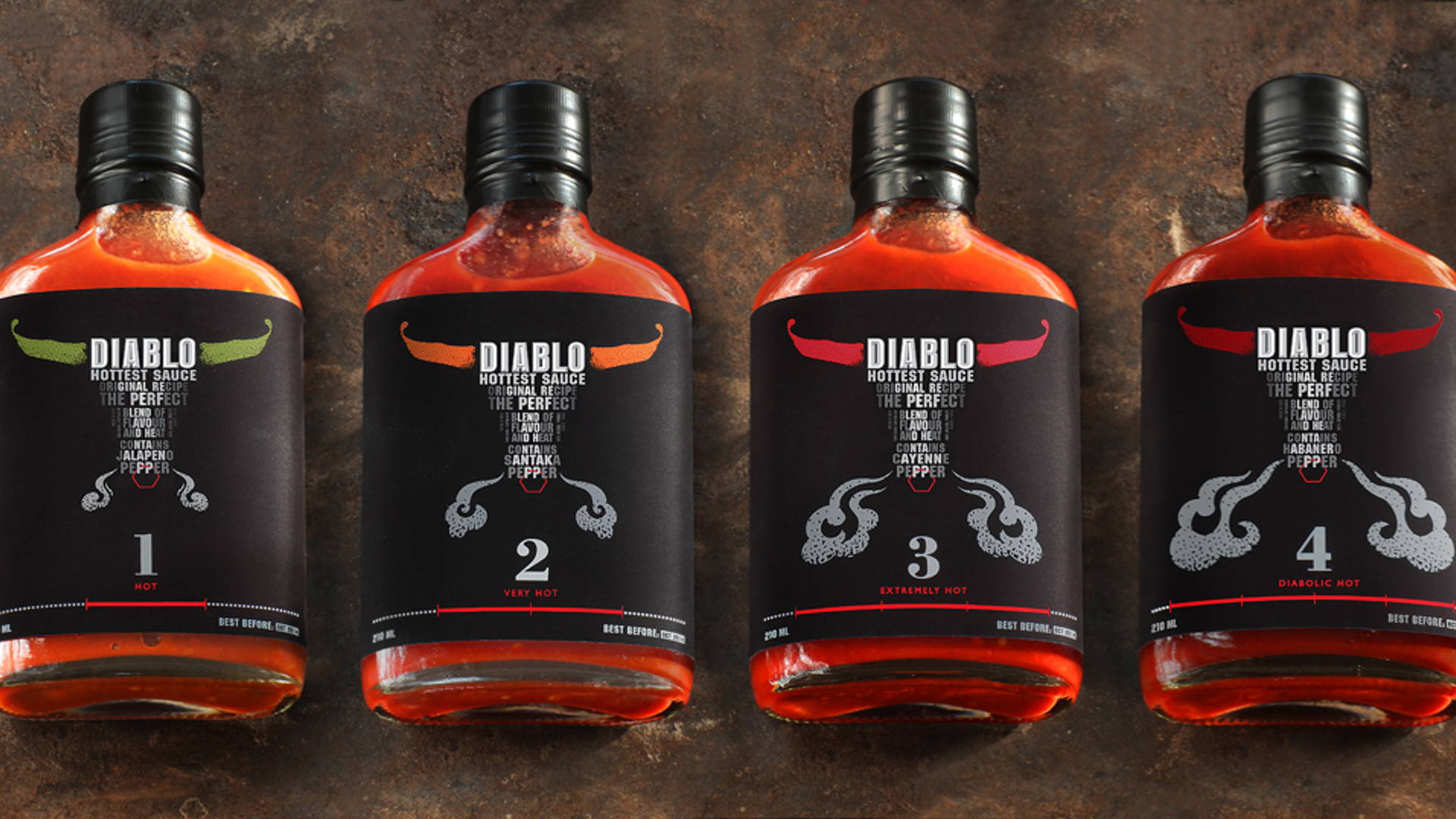 Design of this product line was inspired by the image of an angry bull with steam from his nostrils. Each souse contains special kind of hot pepper. On label we used a stylized image of bull's horns as a peppers and a scale-meter, which reveals how much steam would fell of taster nostrils.

There are 4 souses with different degree of spiciness. For simplicity differentiation we used numbers, denoting the number of divisions on the scale of spiciness.Line of sauces designed for a bar-restaurant Bureau - burgers and bar." 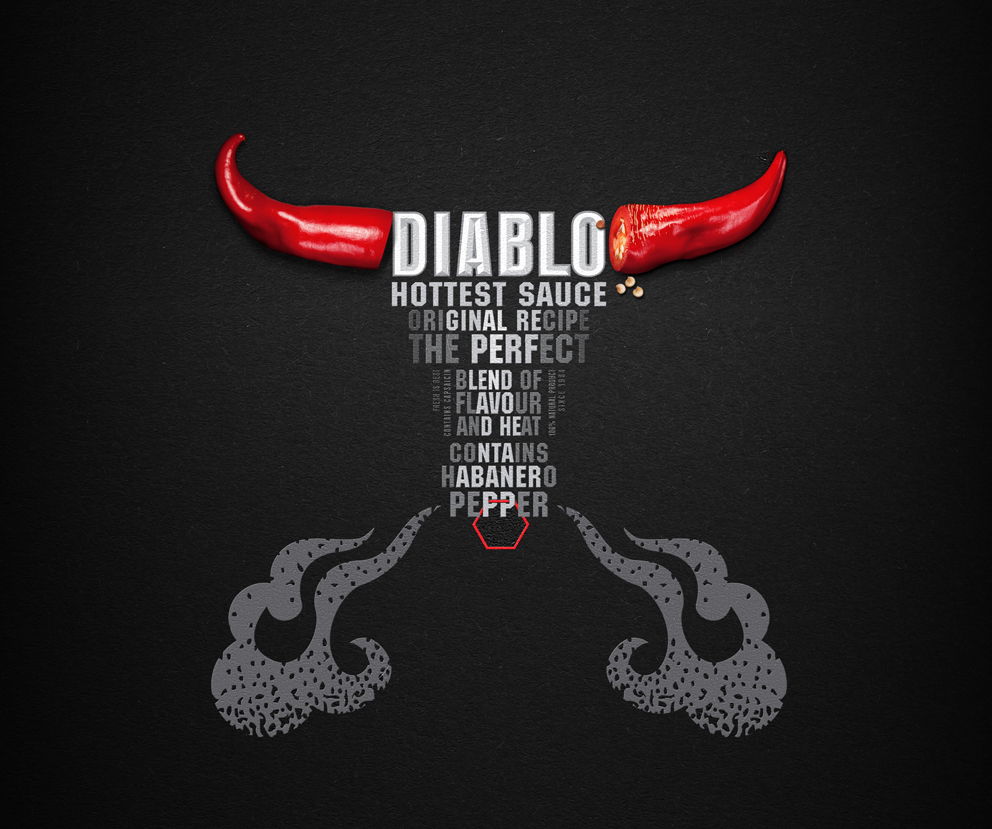 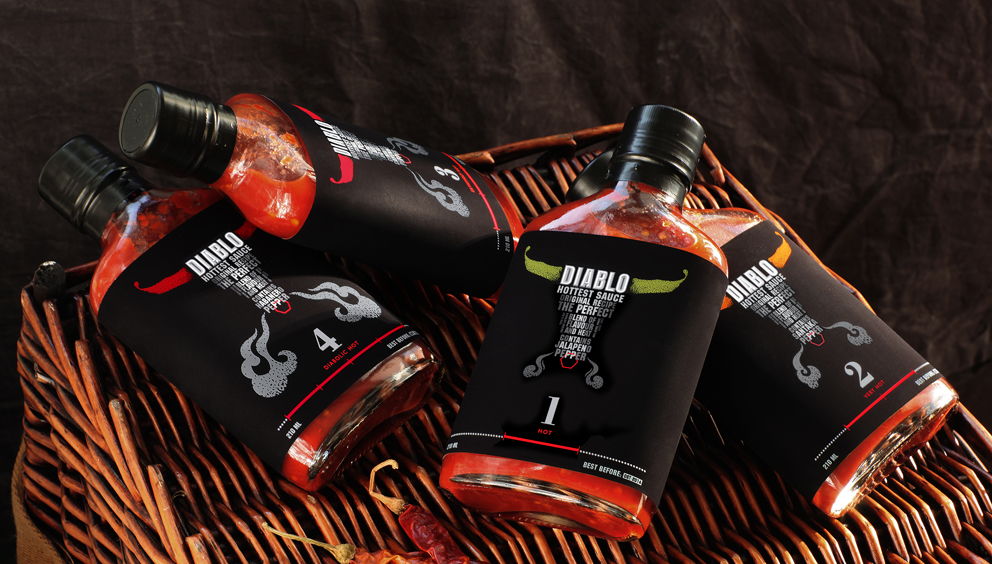 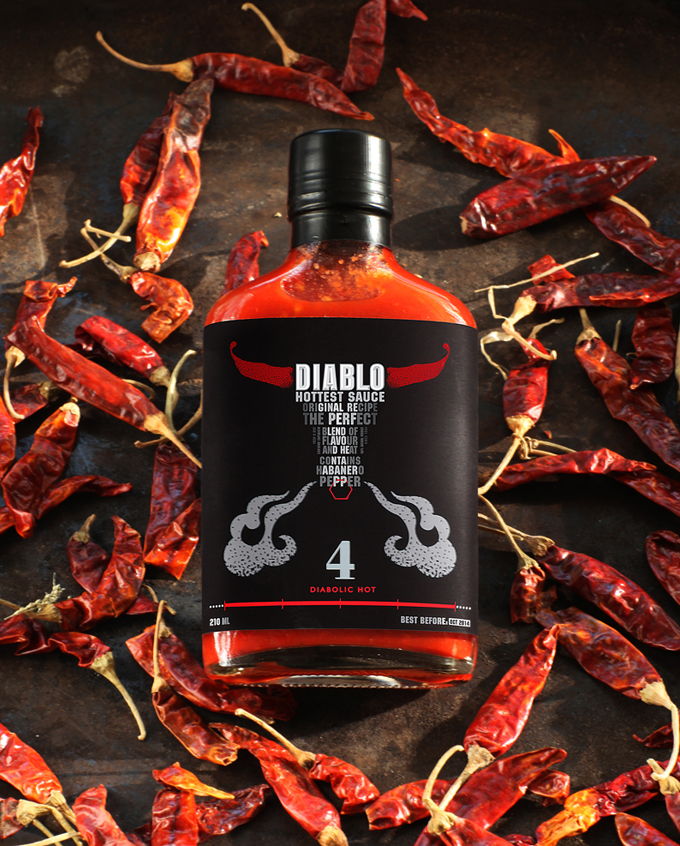