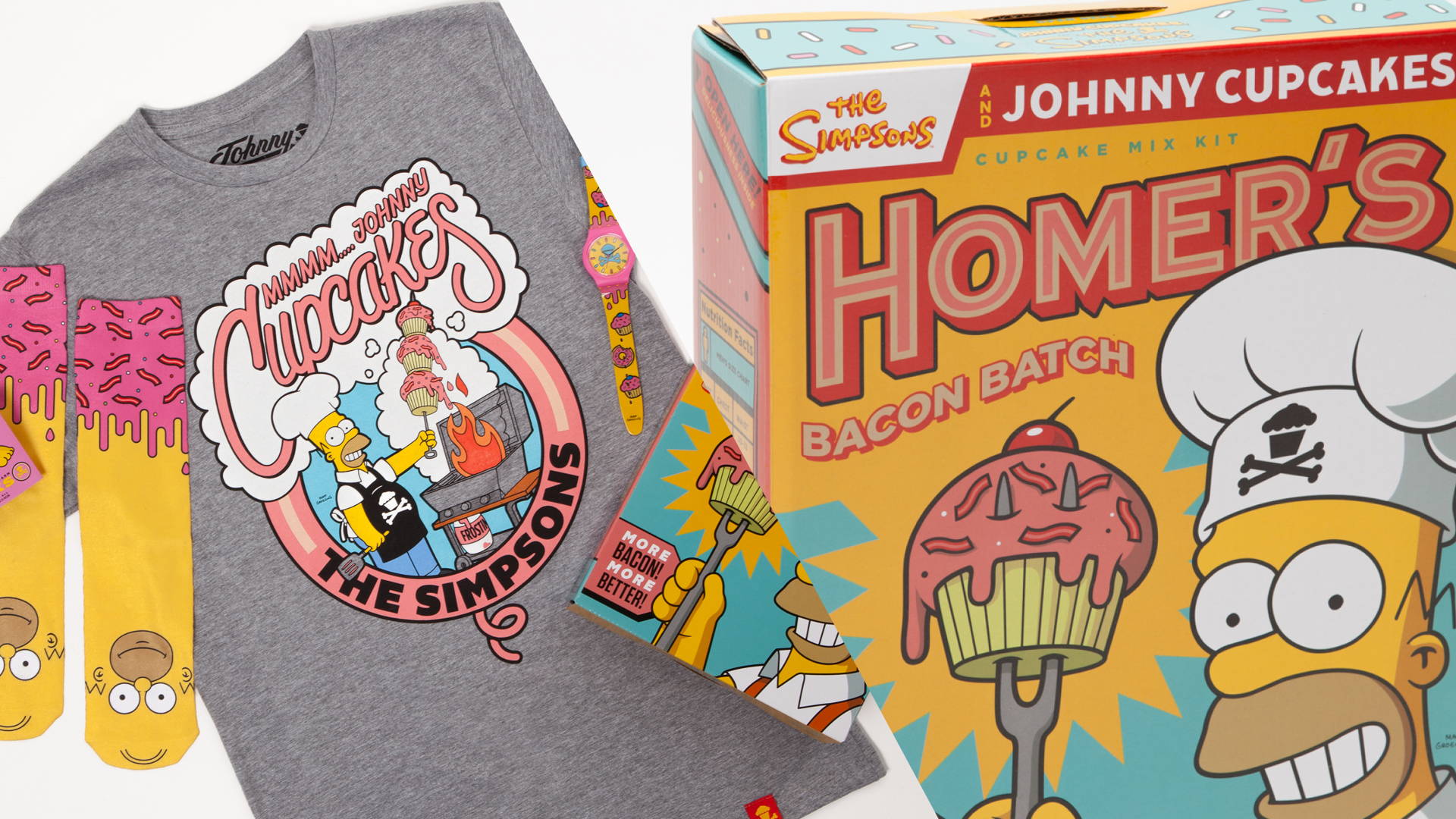 Interview with Johnny Cupcakes on The Simpsons Official Collaboration

Johnny Cupcakes and The Simpsons! A great pairing and a collaboration that has taken Jonny two years to complete! We are HUGE fans of Johnny Cupcakes here at The Dieline, and we had the opportunity to go to the launch of his long awaited Simpsons collaboration at his Melrose store in Los Angeles on May 31st. We asked Johnny and his lead designer Chris a few questions about the packaging, the collaboration, and how this all come together! Only 500 of each box were made and they are already all sold out.

Read on for photos of the Johnny Cupcakes X Simpsons packaging and an exclusive interview below! 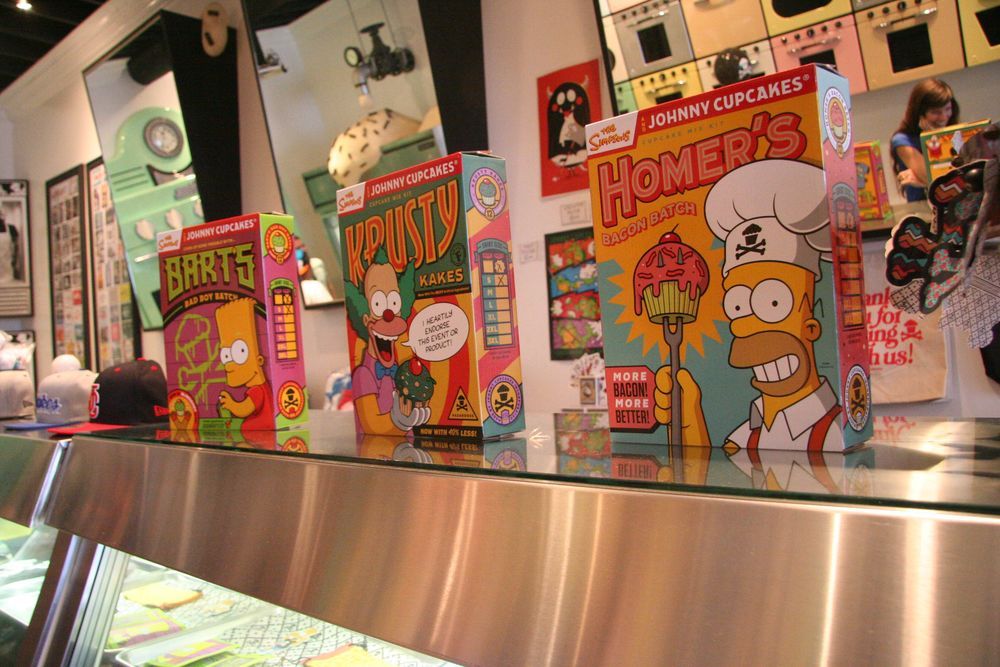 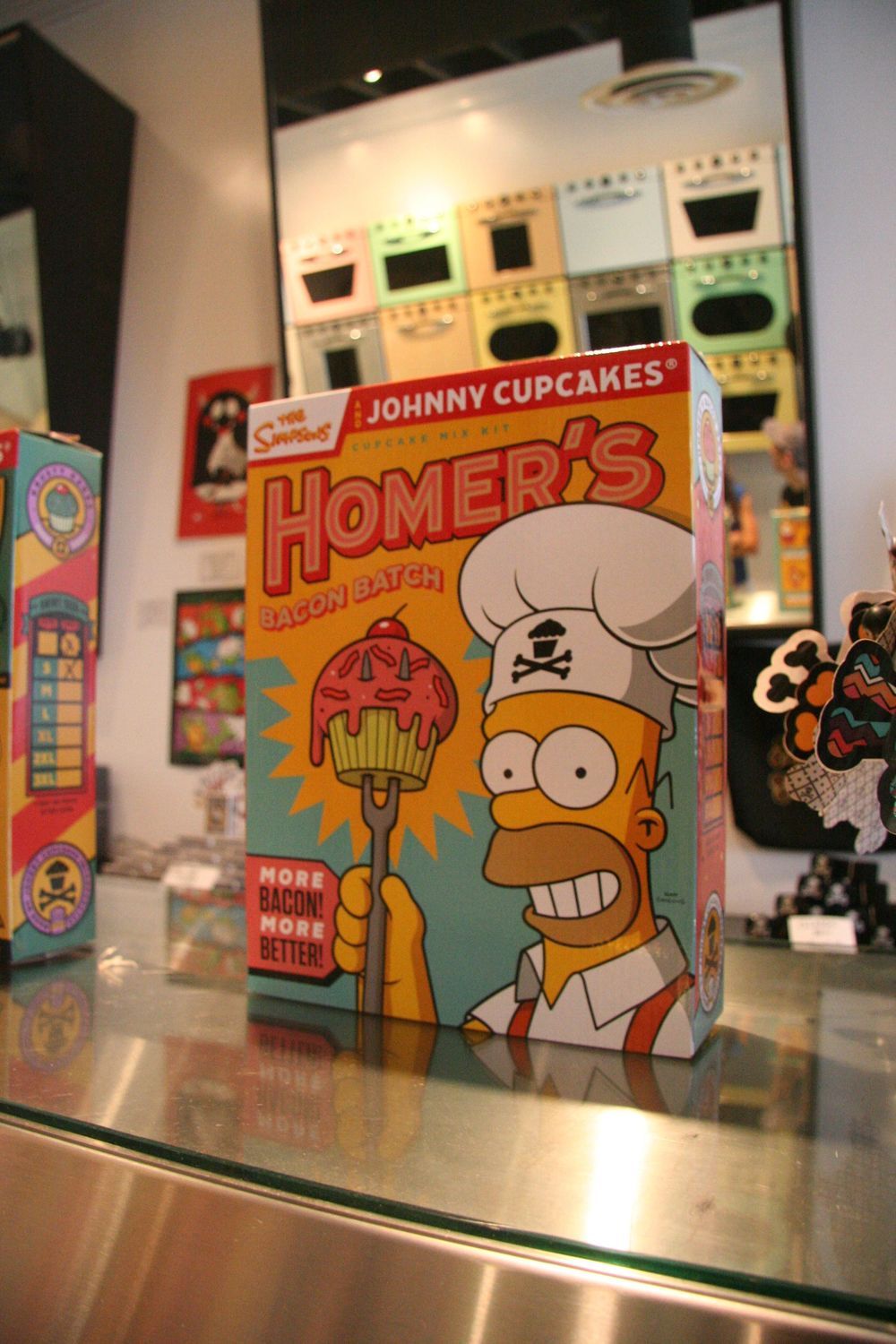 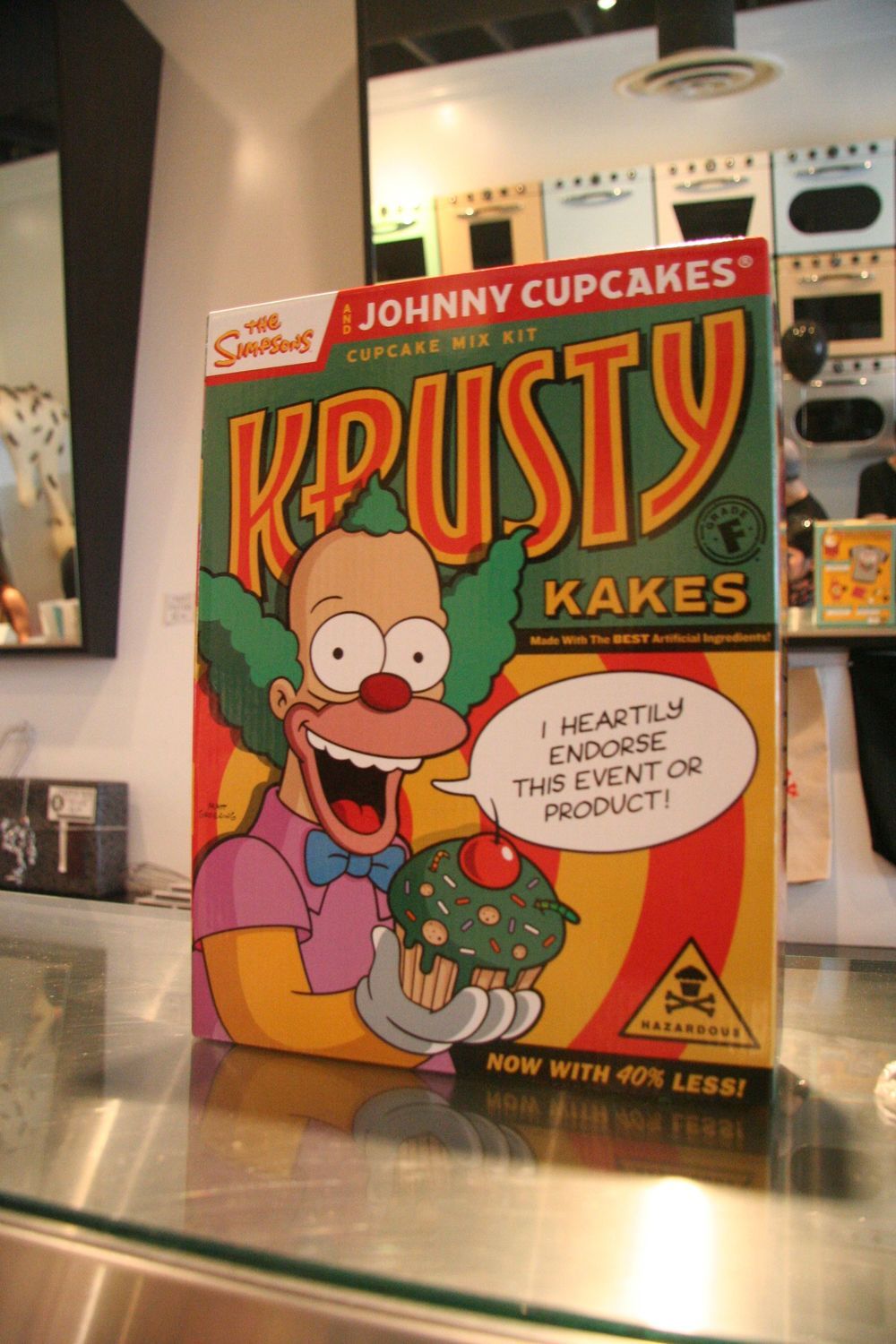 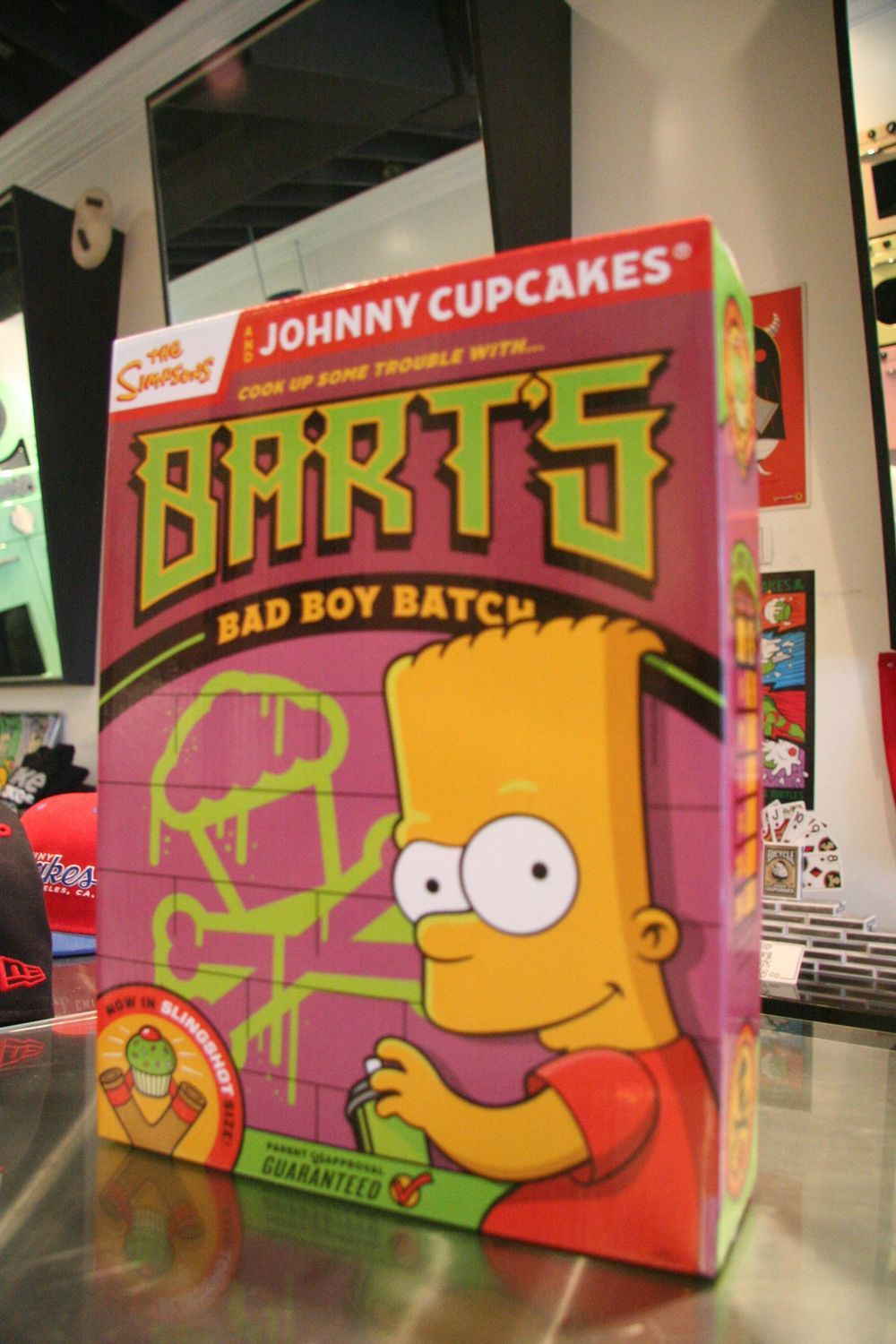 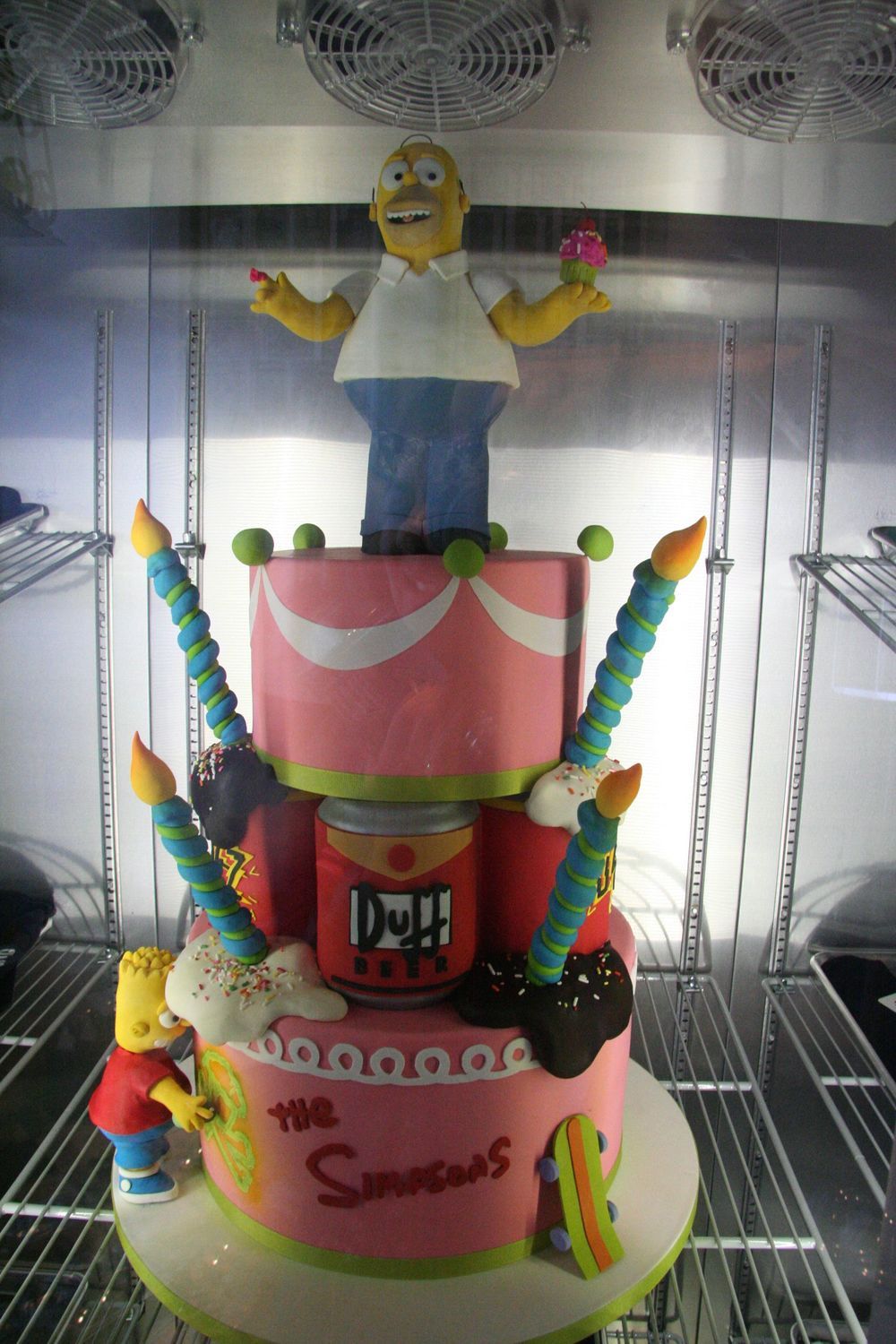 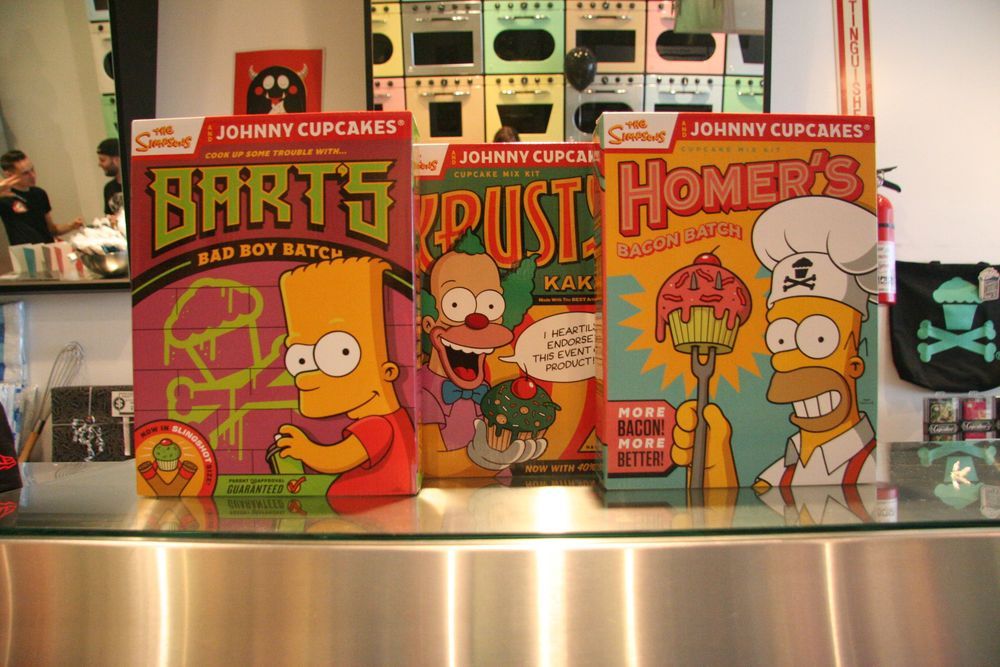 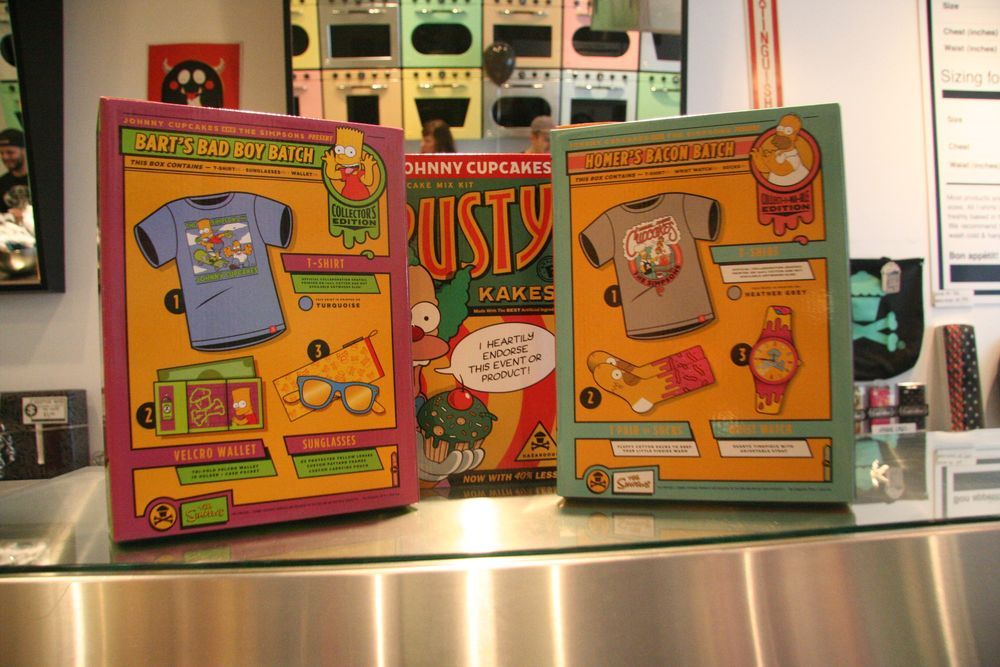 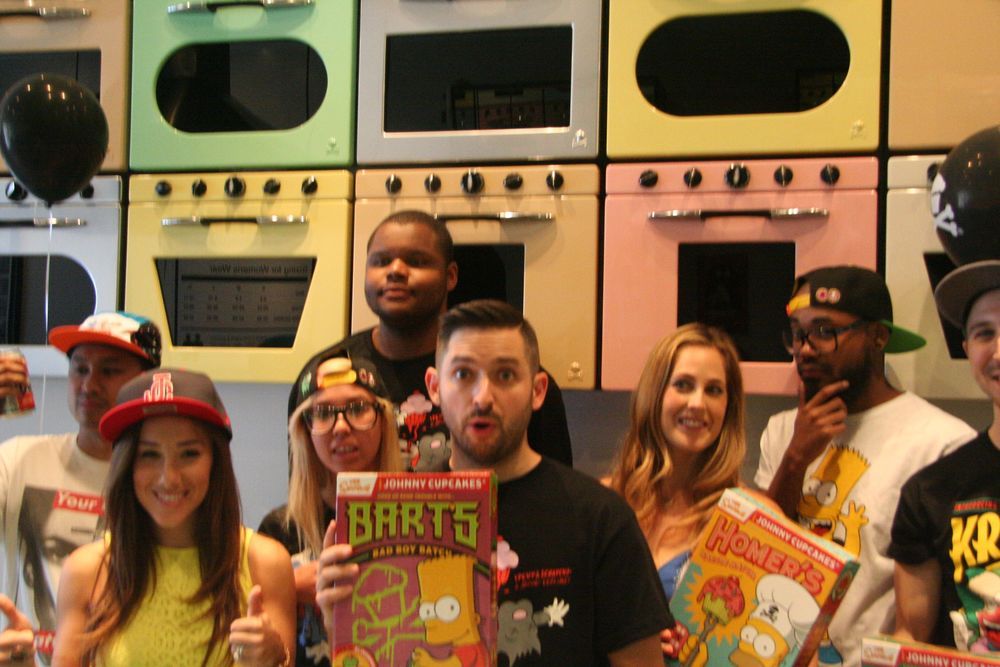 We had the opportunity to interview Johnny himself and his lead designer Chris. They gave us some insight on the collaboration, the design process, and how they came together to develop the exclusive limited edition Simpson X Johnny Cupcakes cereal boxes.

Boston, MA (May 8, 2014) – Twentieth Century Fox Consumer Products and Johnny Cupcakes, a faux bakery specializing in graphic t-shirts, announces today the launch of a brand-new apparel and accessories collection featuring characters from the iconic television show The Simpsons. The focal point of this product line is three specially packaged, oversized “cupcake mix” boxes, each based on a fan-favorite character from The Simpsons franchise. Each box contains three collectible products designed exclusively around the theme of the featured characters: Homer Simpson, Bart Simpson, and Krusty The Clown. These items will not be sold separately and are exclusive to the packages.Additional clothing items featuring iconic characters from America’s favorite animated family will also be represented with a Johnny Cupcakes twist and will be available in all Johnny Cupcakes retail shops and online on May 31. 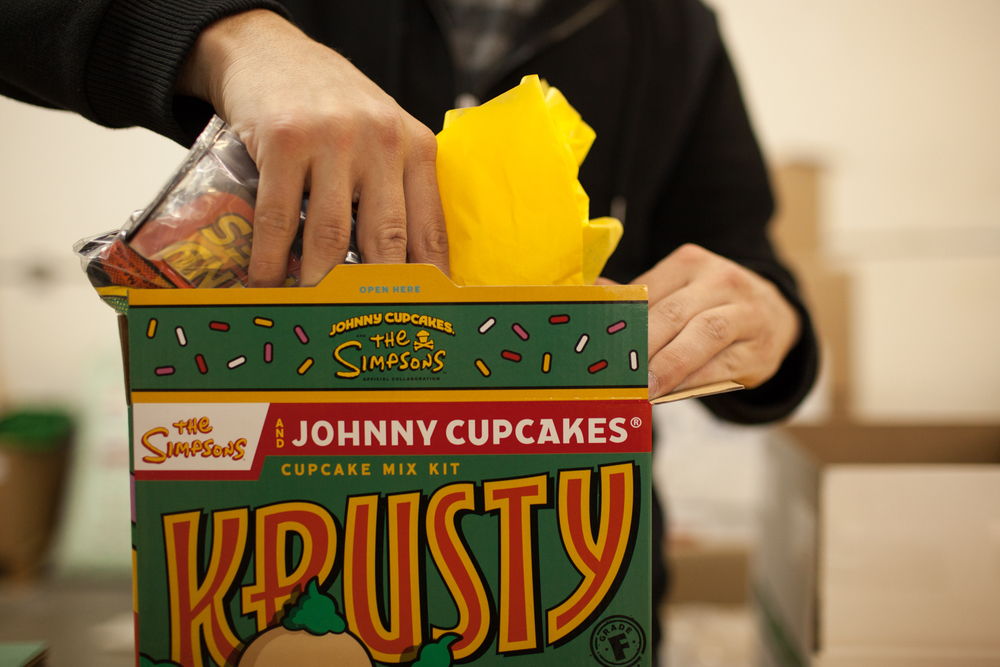 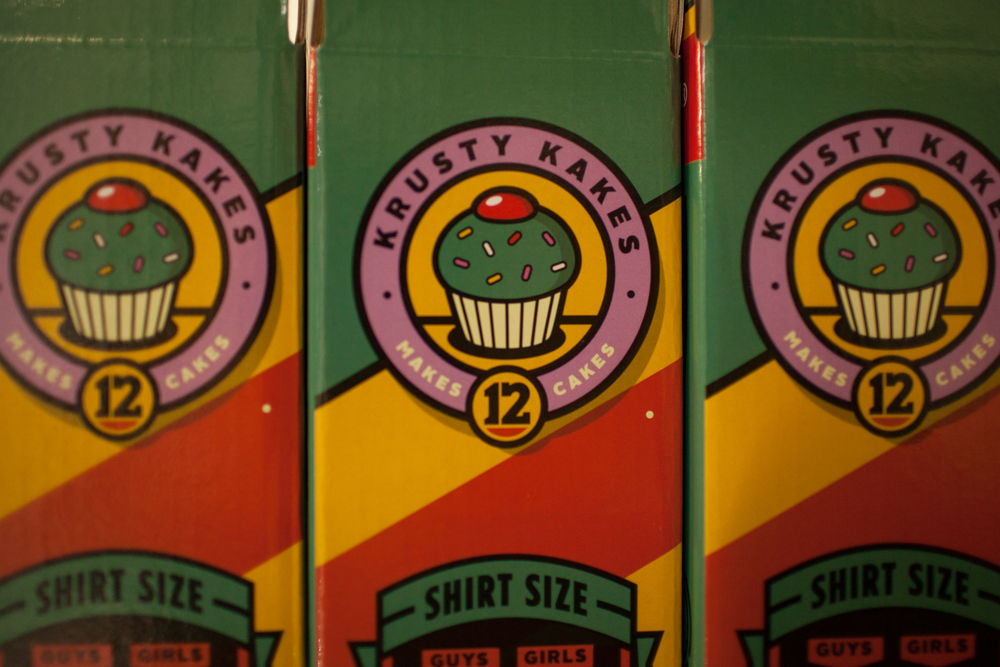 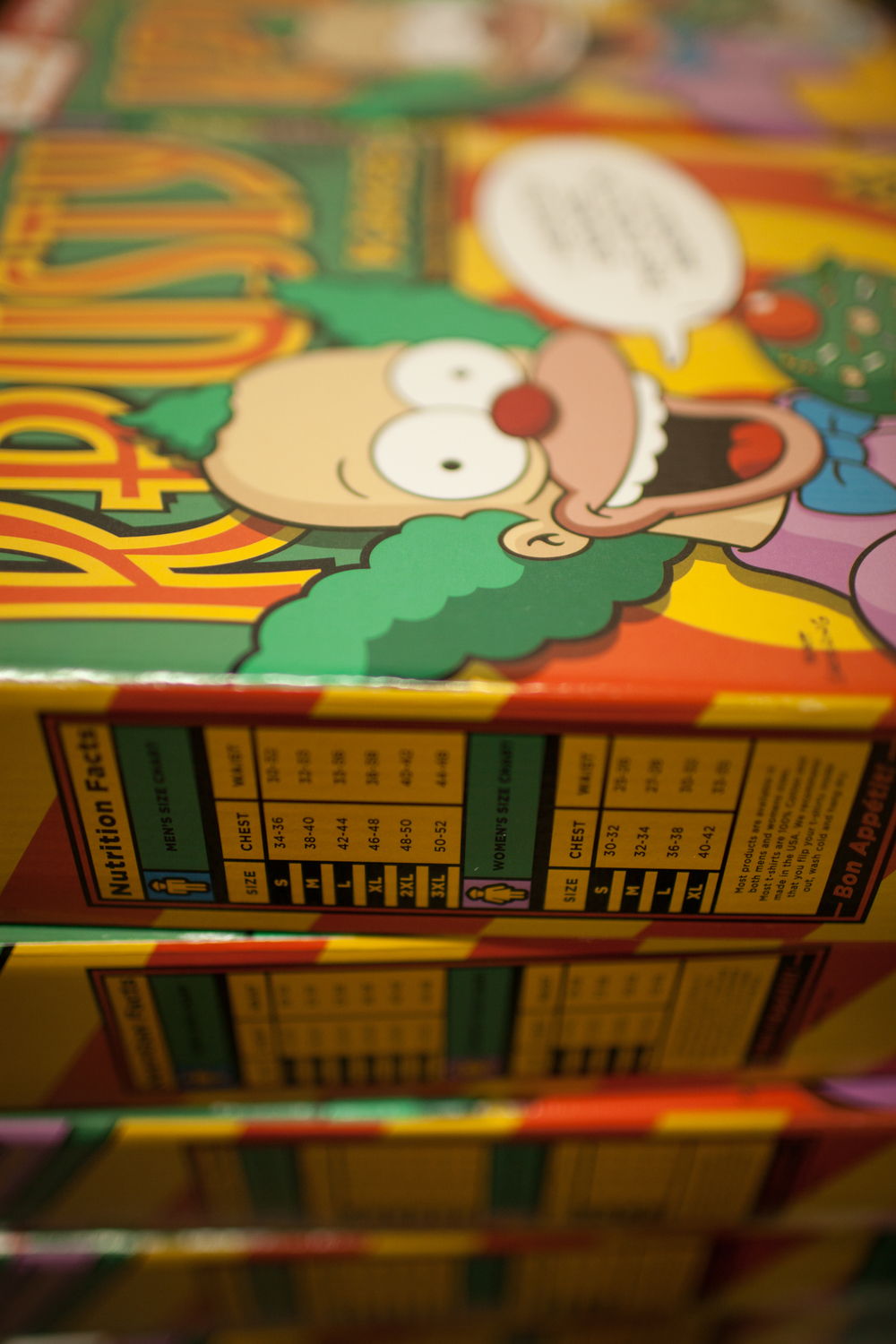 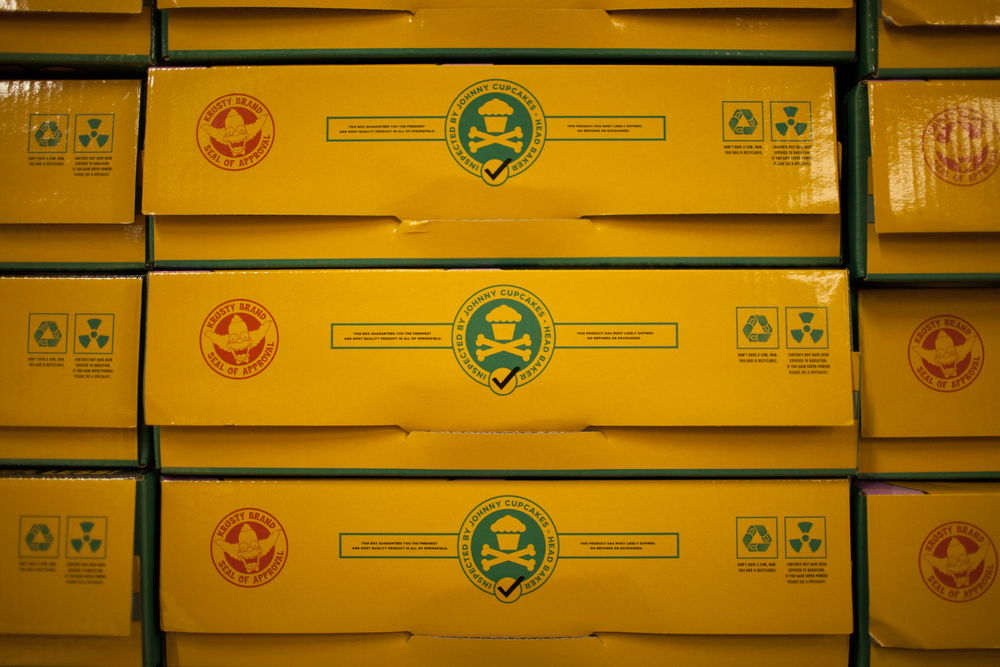 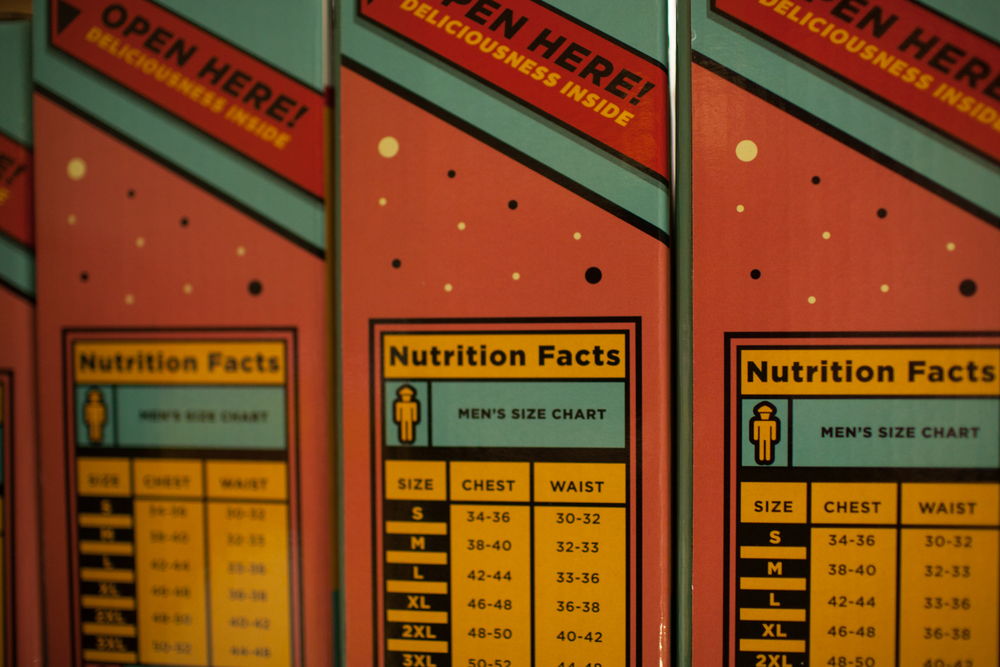 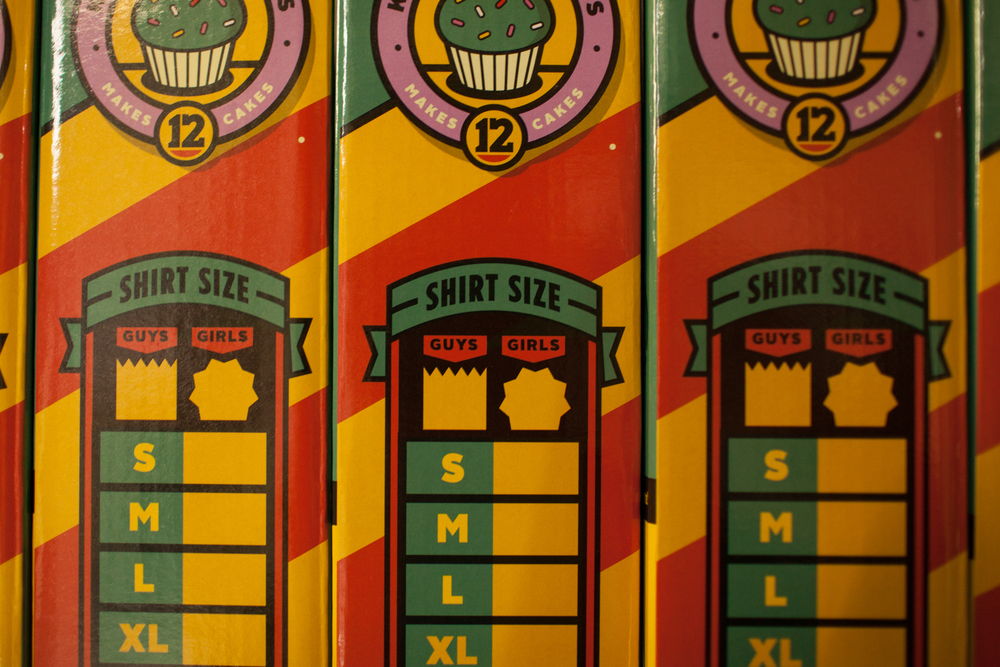 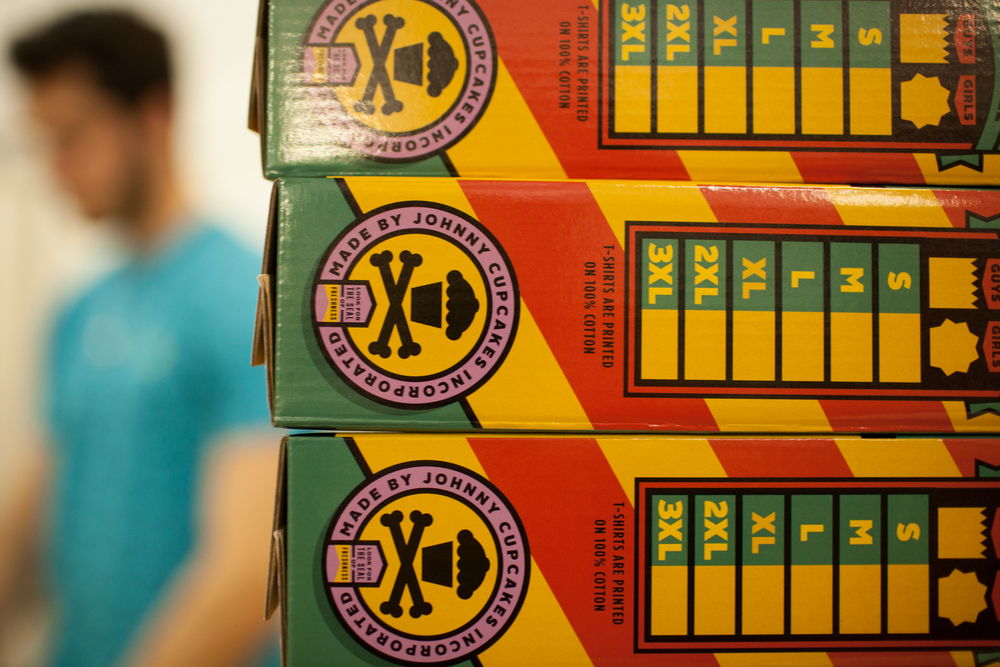 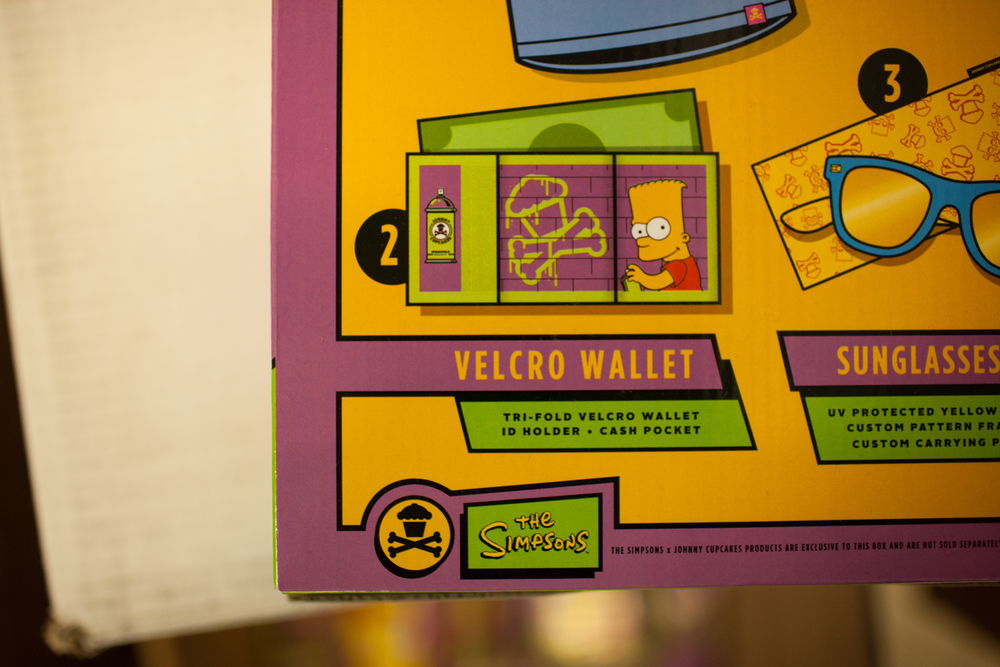 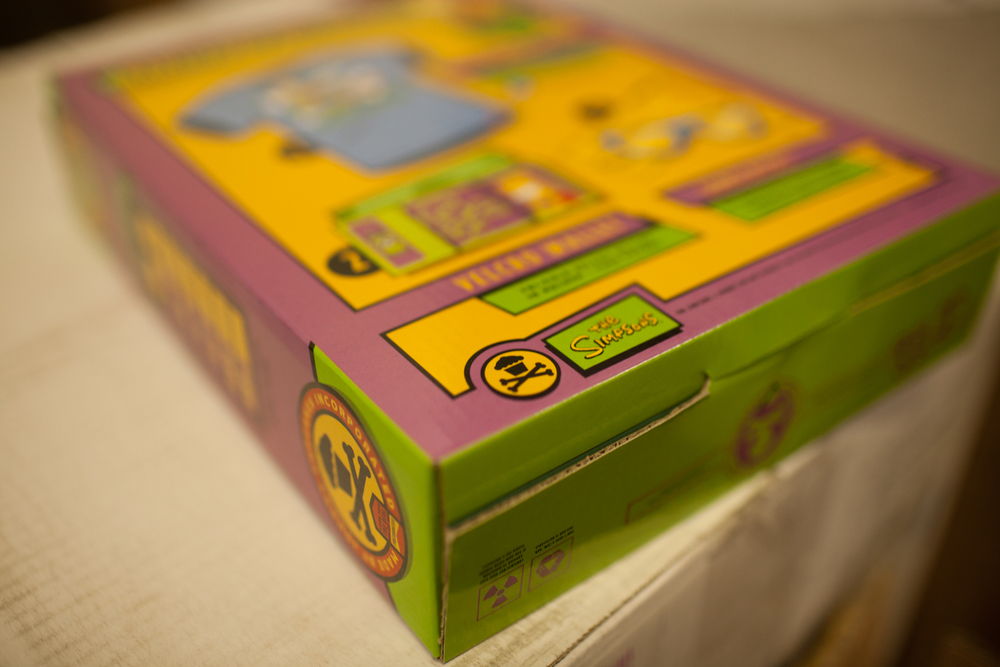 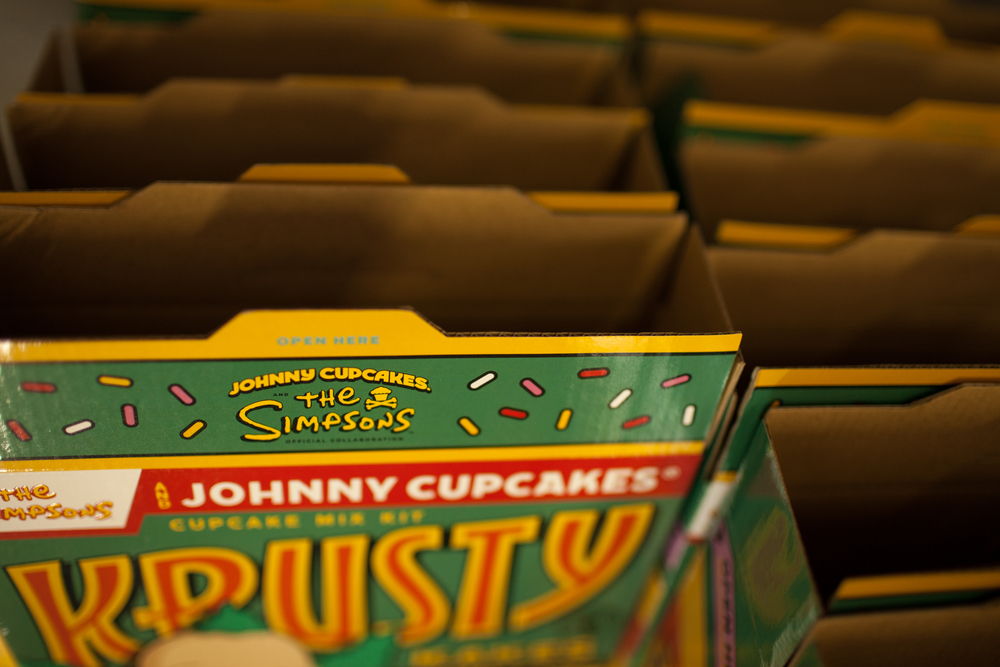 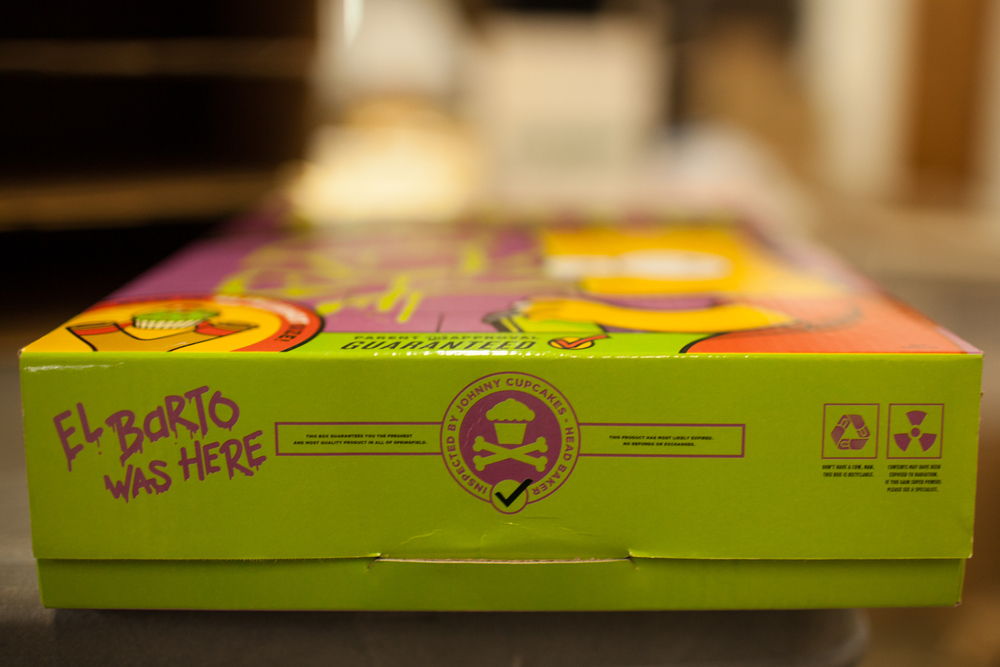 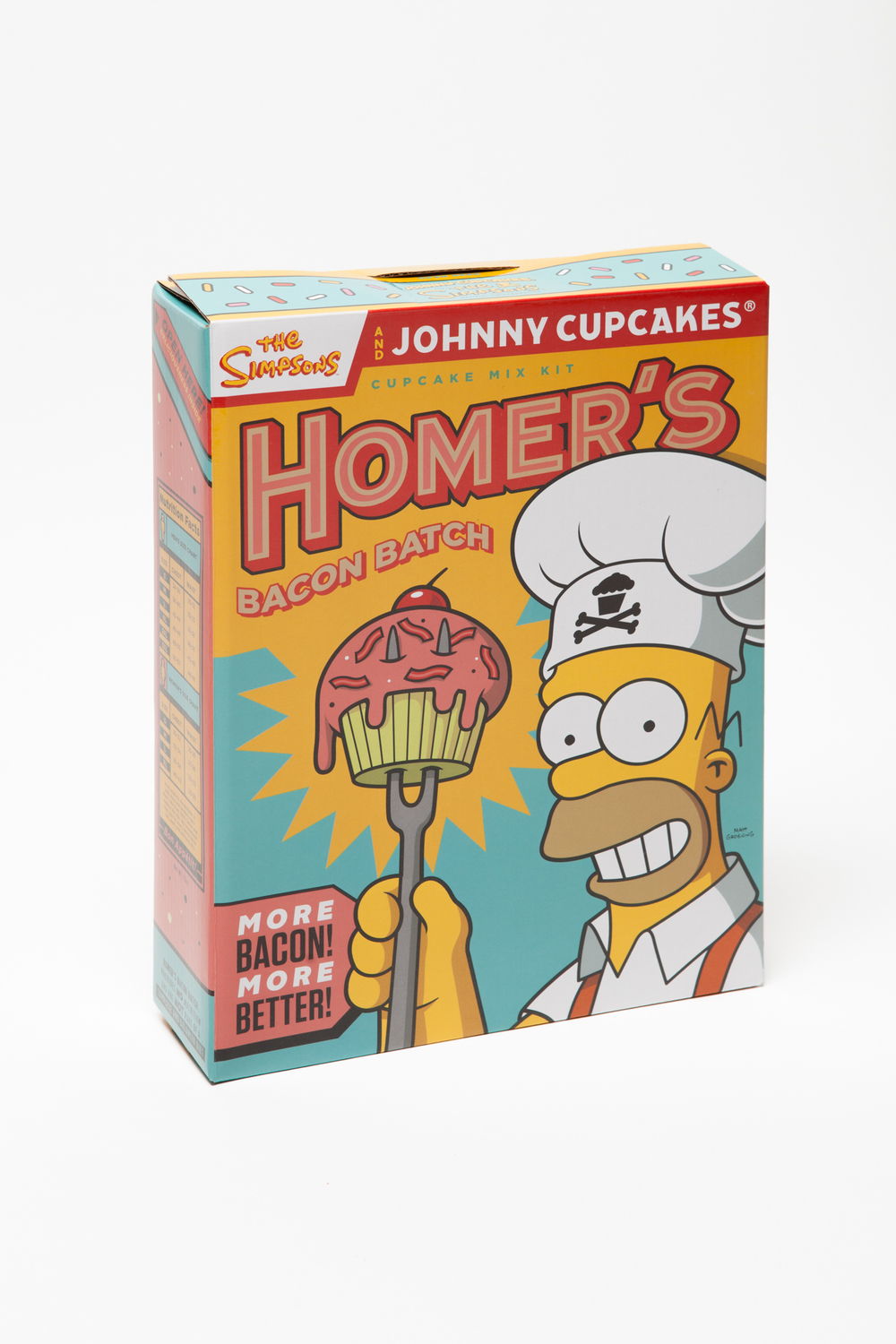 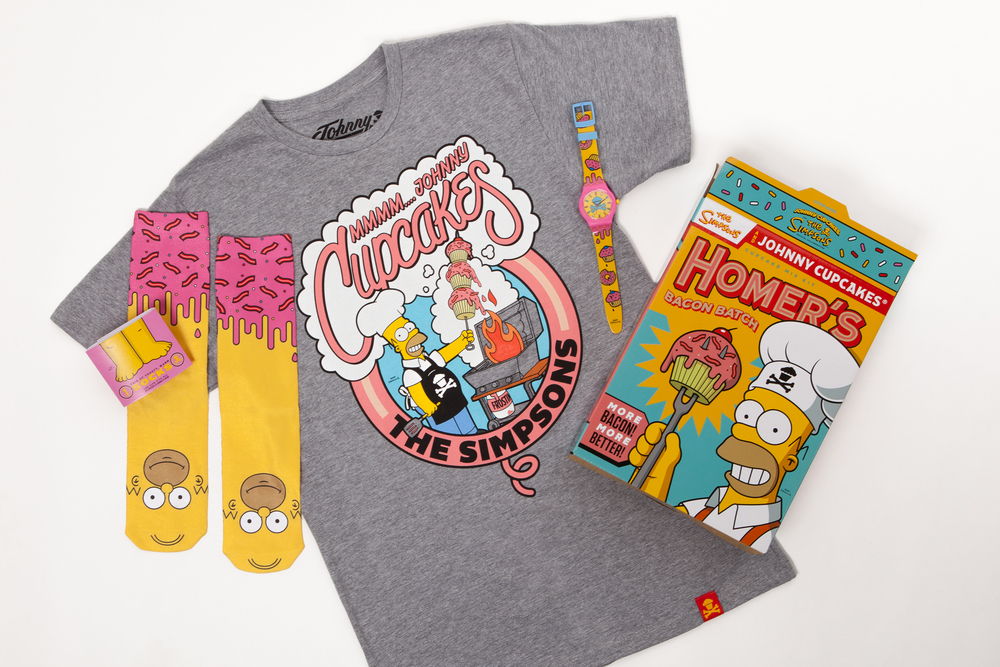 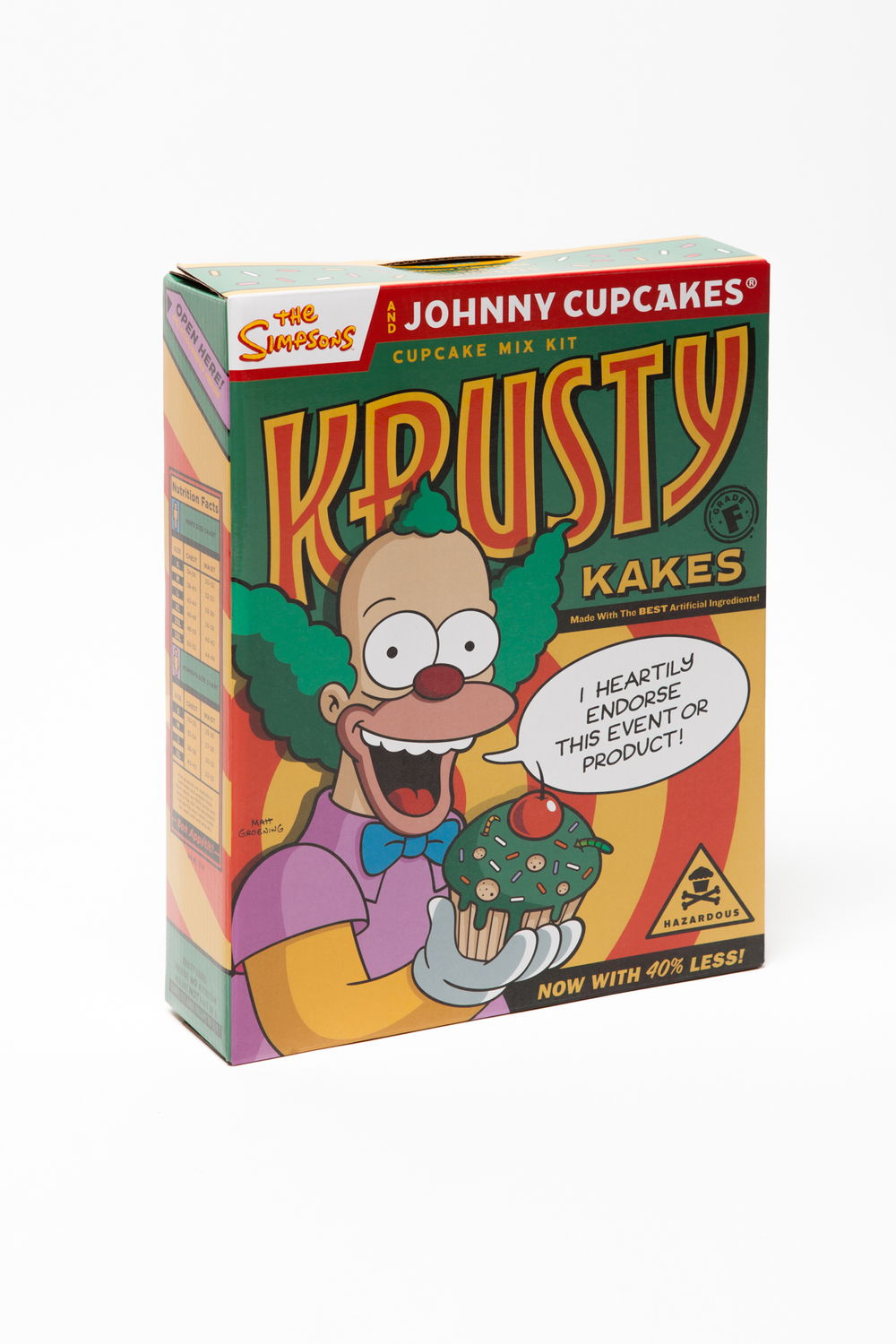 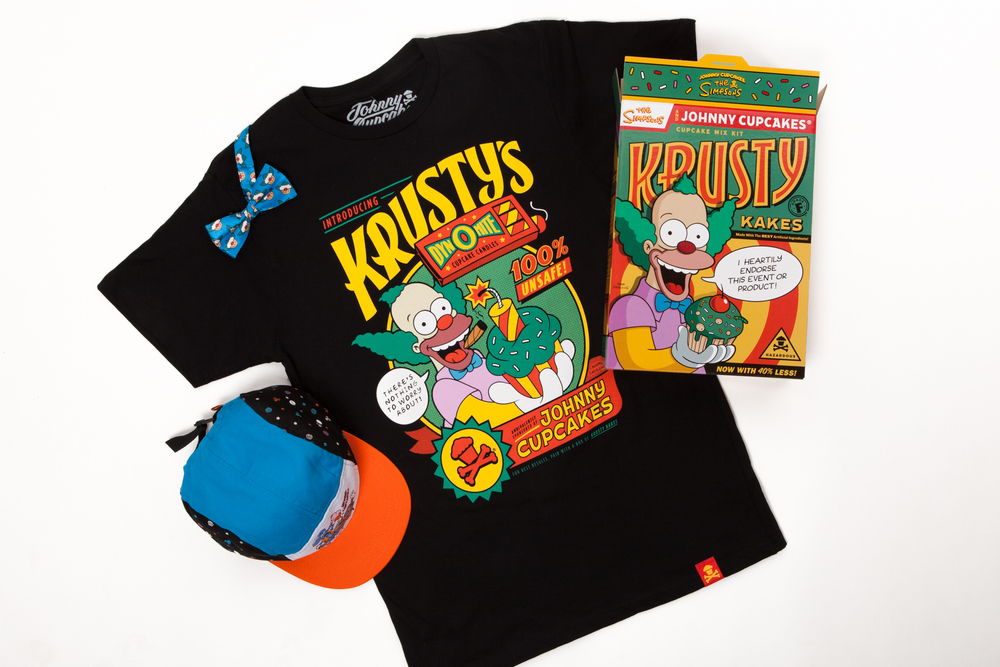 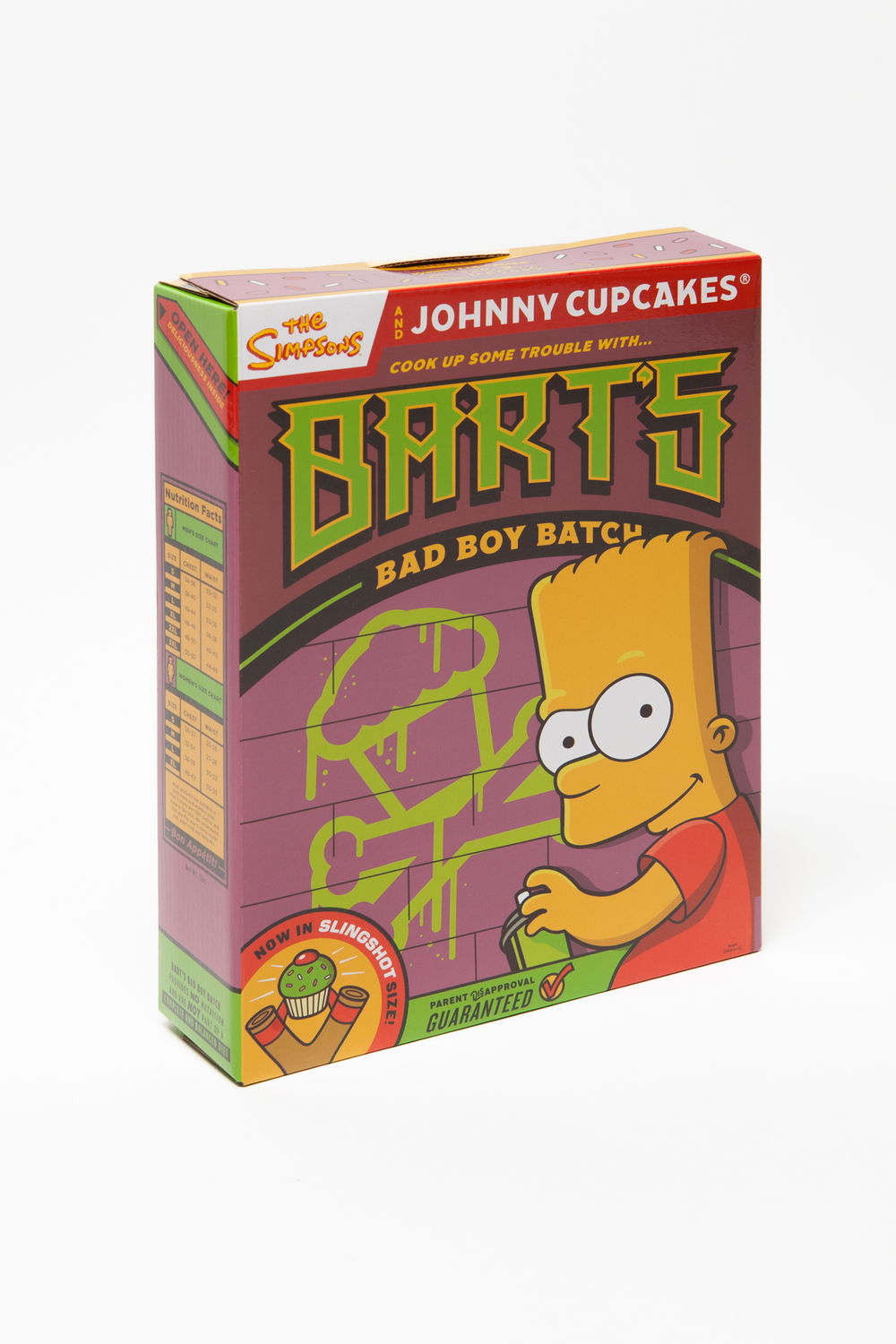 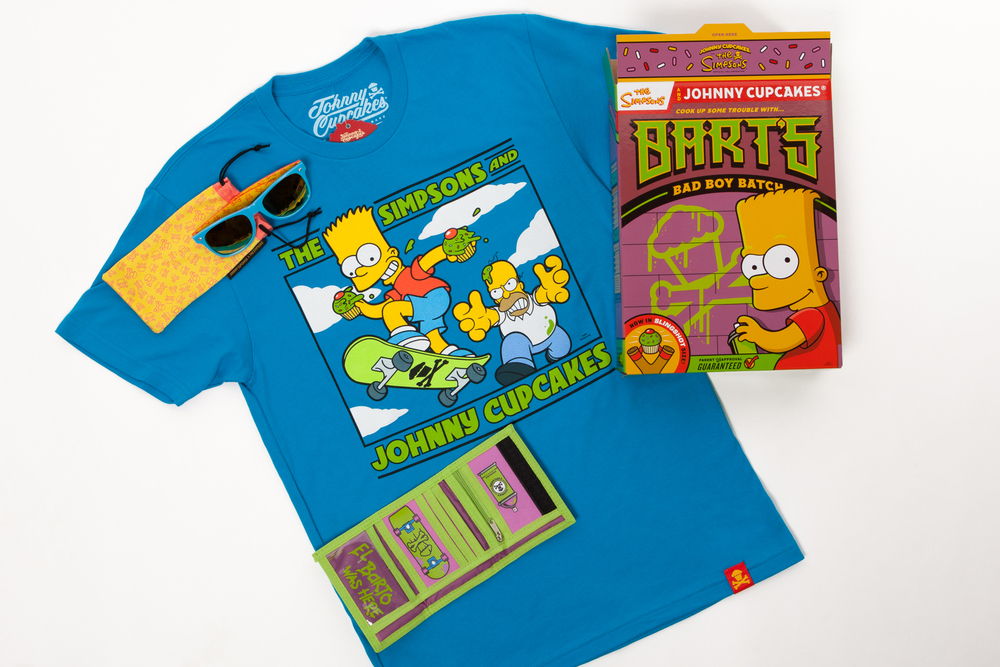 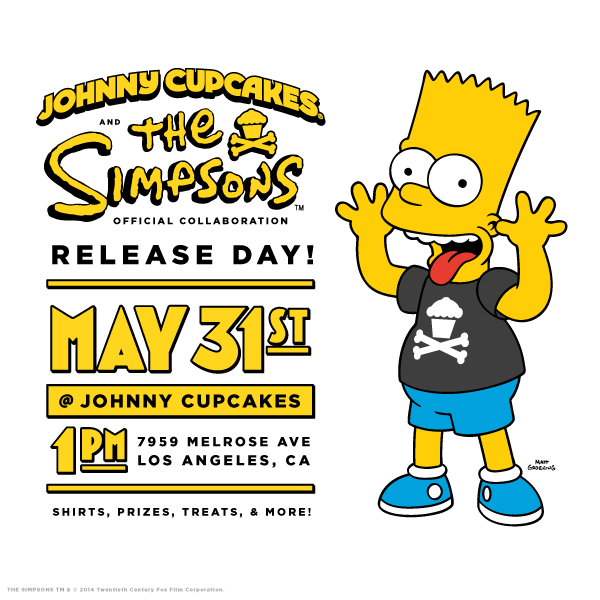 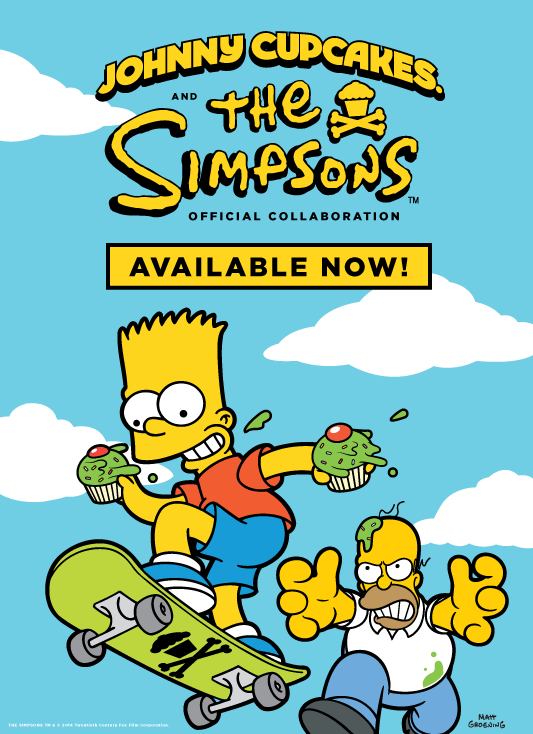 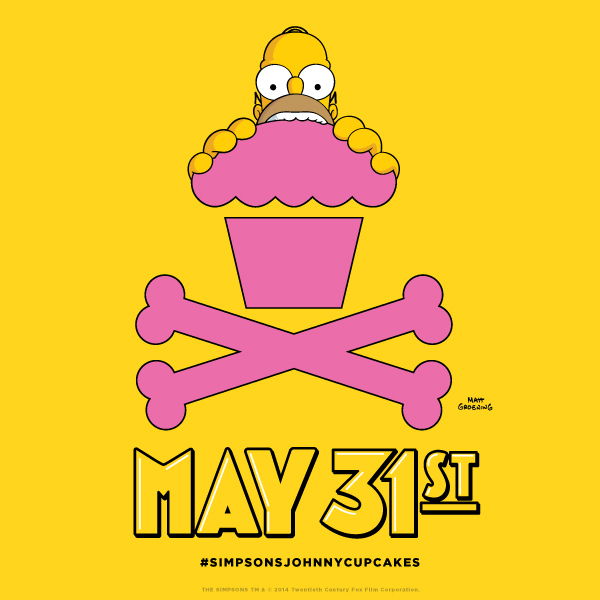 The longest-running scripted show in television history, The Simpsons exploded into a cultural phenomenon in 1990 and has remained one of the most groundbreaking and innovative entertainment franchises, recognizable throughout the world. Currently airing its record-annihilating 25th season and in production on their 26th season, The Simpsons has won 28 Emmy Awards and been nominated for an Academy Award in 2012 for the theatrical short The Longest Daycare.  The Simpsons: Tapped Out is a top grossing mobile App and has ranked number one around the world on the App Store™ charts. The Simpsons Movie had worldwide global acclaim and the revolutionary virtual coaster ride at Universal Studios Florida and Hollywood is a continuous hit, along with the new Springfield experience at Universal Studios Florida.  The Simpsons received a Star on The Hollywood Walk of Fame in 2000 and has been honored with five U.S. postal stamps personally designed by Matt Groening.  Named the “Best Show of the 20th Century” by Time Magazine, in 2013 Entertainment Weekly named The Simpsons the Greatest American Sitcom.

The Simpsons is a Gracie Films Production in association with 20th Century Fox Television. James L. Brooks, Matt Groening, and Al Jean are the Executive Producers. The Gracie Films Worldwide Brand Division develops and produces the licensed content for the series. Film Roman is the animation house.

About Johnny Cupcakes: Although Johnny Cupcakes doesn’t sell real cupcakes, their quirky apparel — largely focused on graphic tees that poke fun at pop culture with a culinary twist — still creates a buzz through word of mouth and general curiosity. Johnny Cupcakes creates a unique experience for each customer through special events, nationwide tours, unique packaging, playful retail environments and endless surprises, which over the past 12 years has amassed them an international following of die-hard collectors.