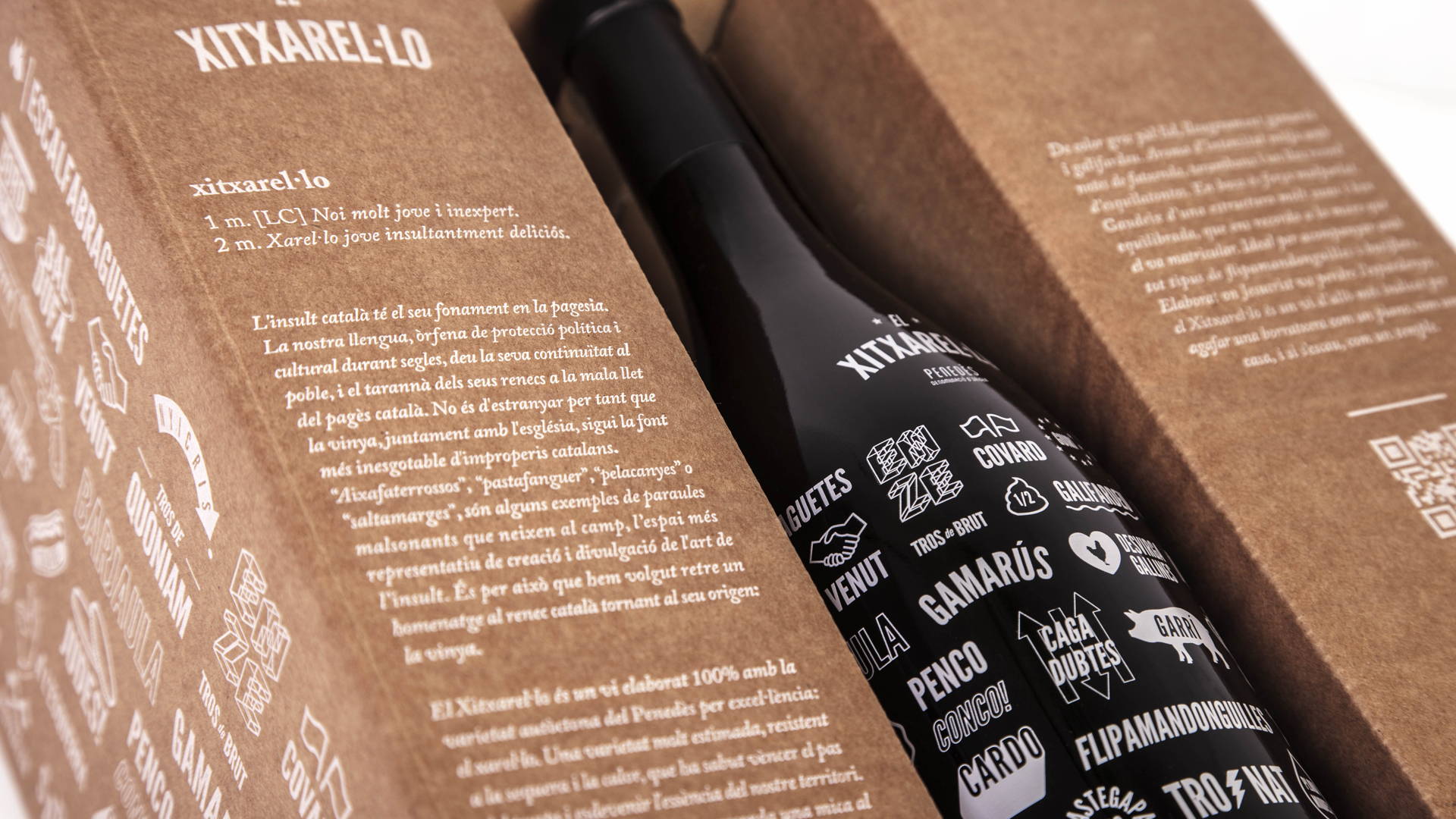 "El Xitxarel·lo is a white wine of Martí Serdà Winery made 100% with Xarel·lo, a grape variety from Penedès, Catalonia. A refreshing and sassy wine with two aims: to promote the consumption of local wine, and also to recover the good old art of vintage insulting."

"Created by farmers several centuries ago, the insults have their origins in the vineyard, and are currently disappearing. Since decades people do not use them because they’re naive and kind of ingenuous, but also terrific and tremendously funny.

In order to preserve the language, El Xitxarel·lo dedicates its bottle to honor them. The bottle contains 77 catalan insults. Each one graphically represented considering its meaning in catalan.

At the side of the bottle, there’s a “Trompímetre” a fake alcoholometer that “measures” your drunk level with old insults. In the middle of the bottle you start feeling a little bit “Calent” (a little bit drunk) and you end up becoming a “Buida-ampolles” (a bottle emptier)." 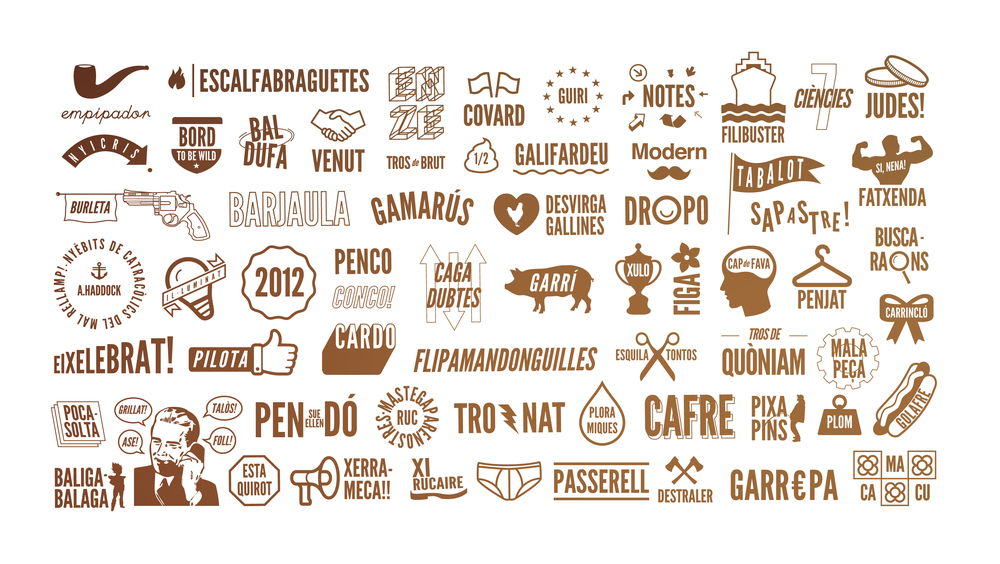 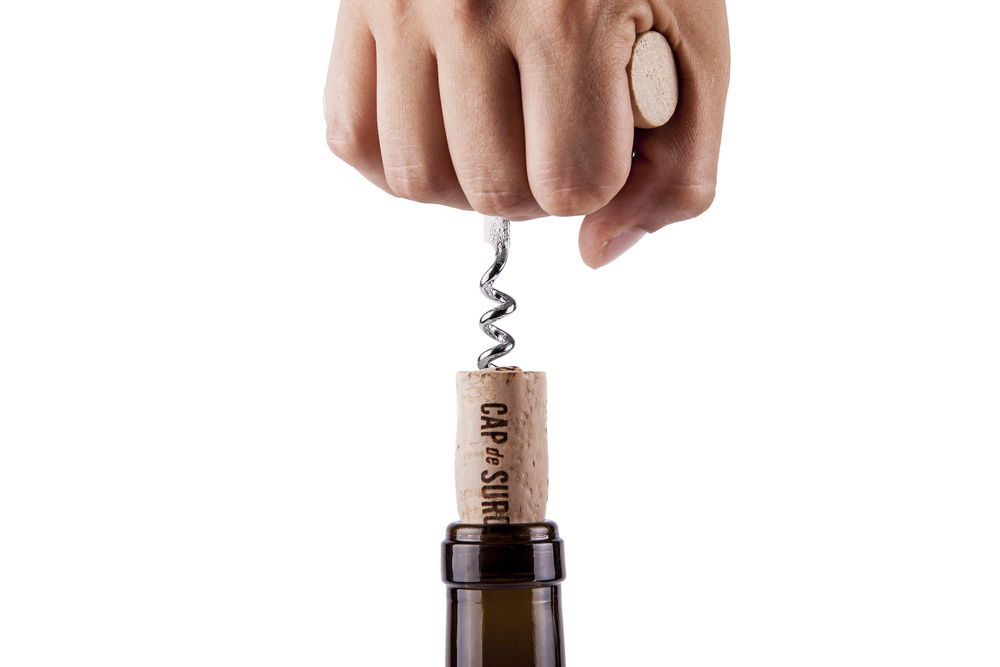 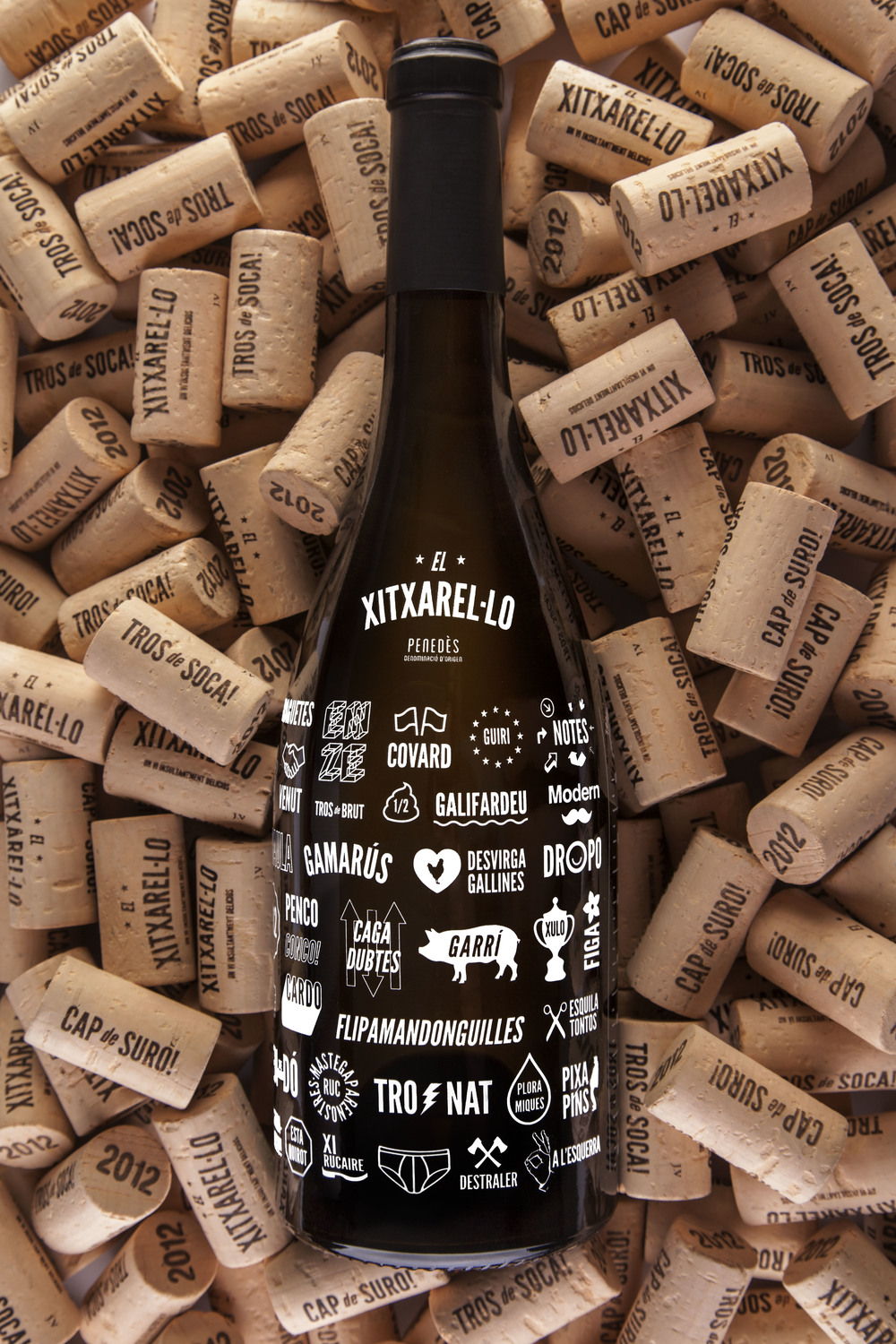 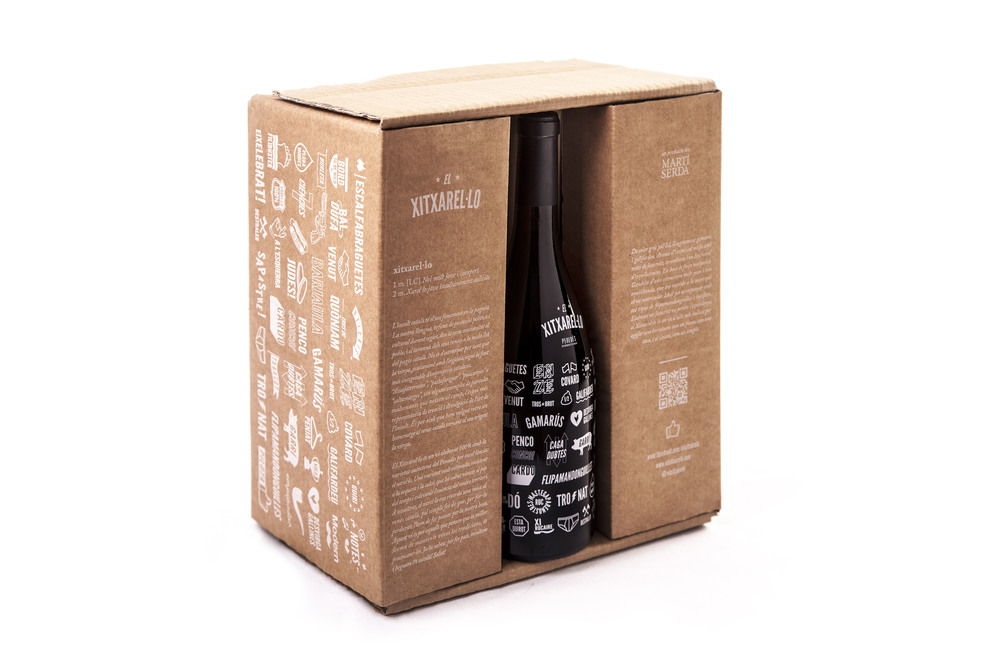 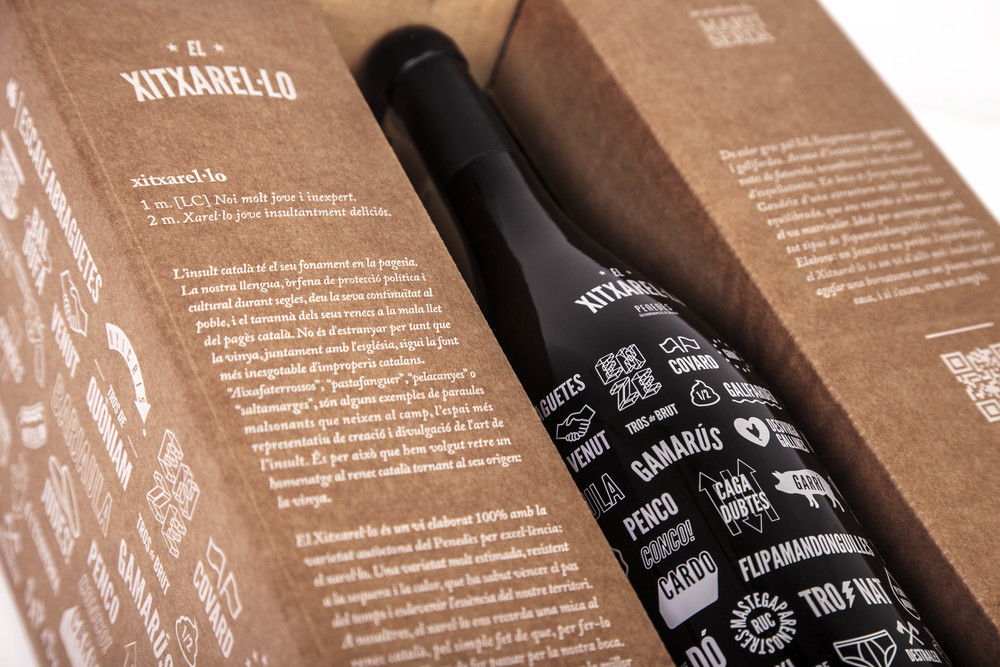 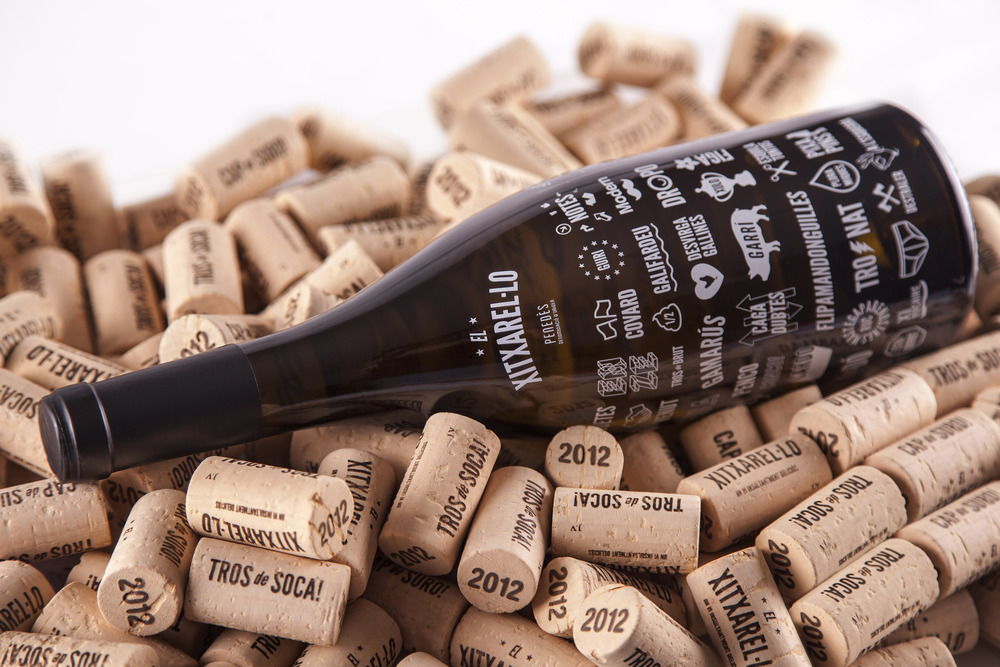 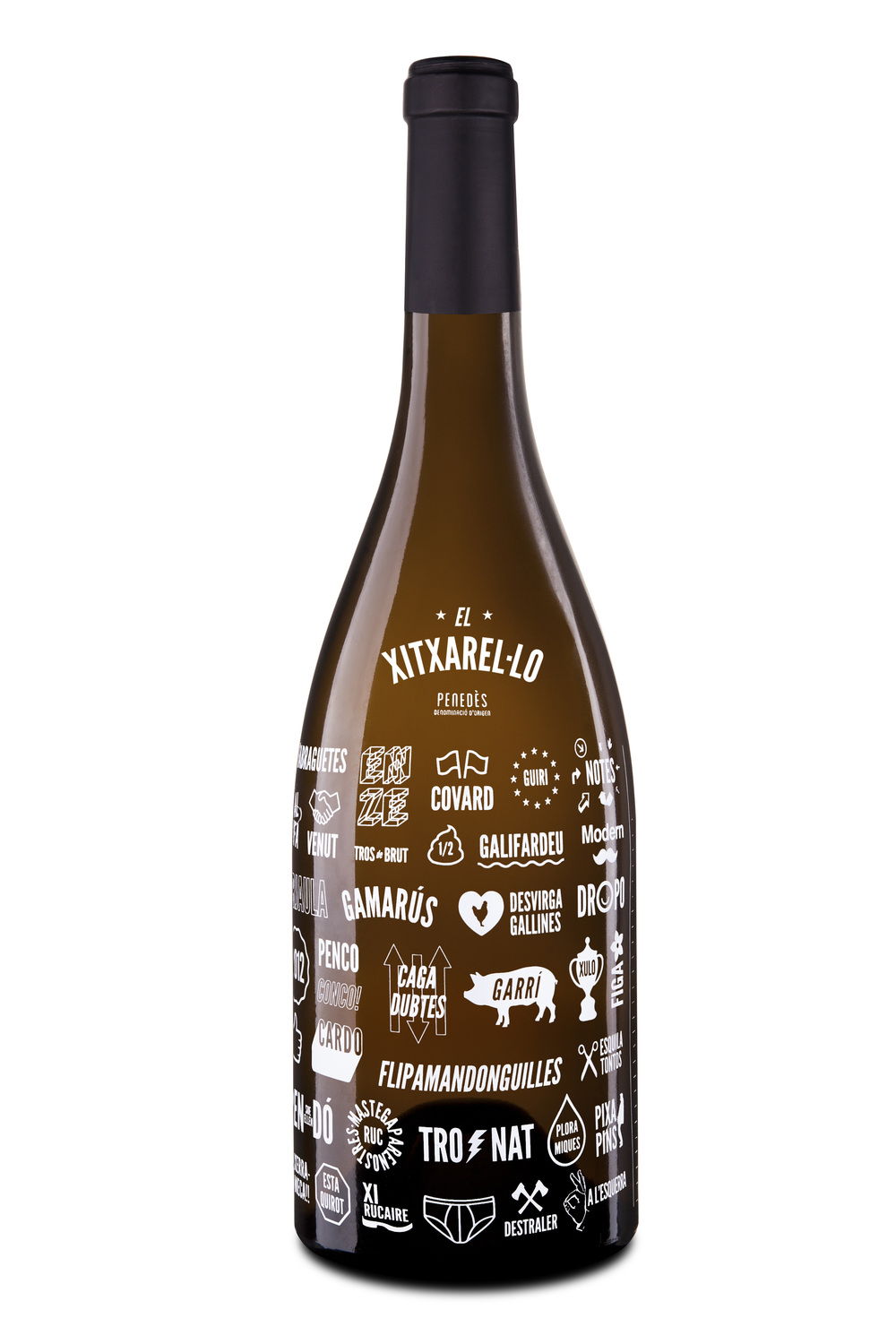 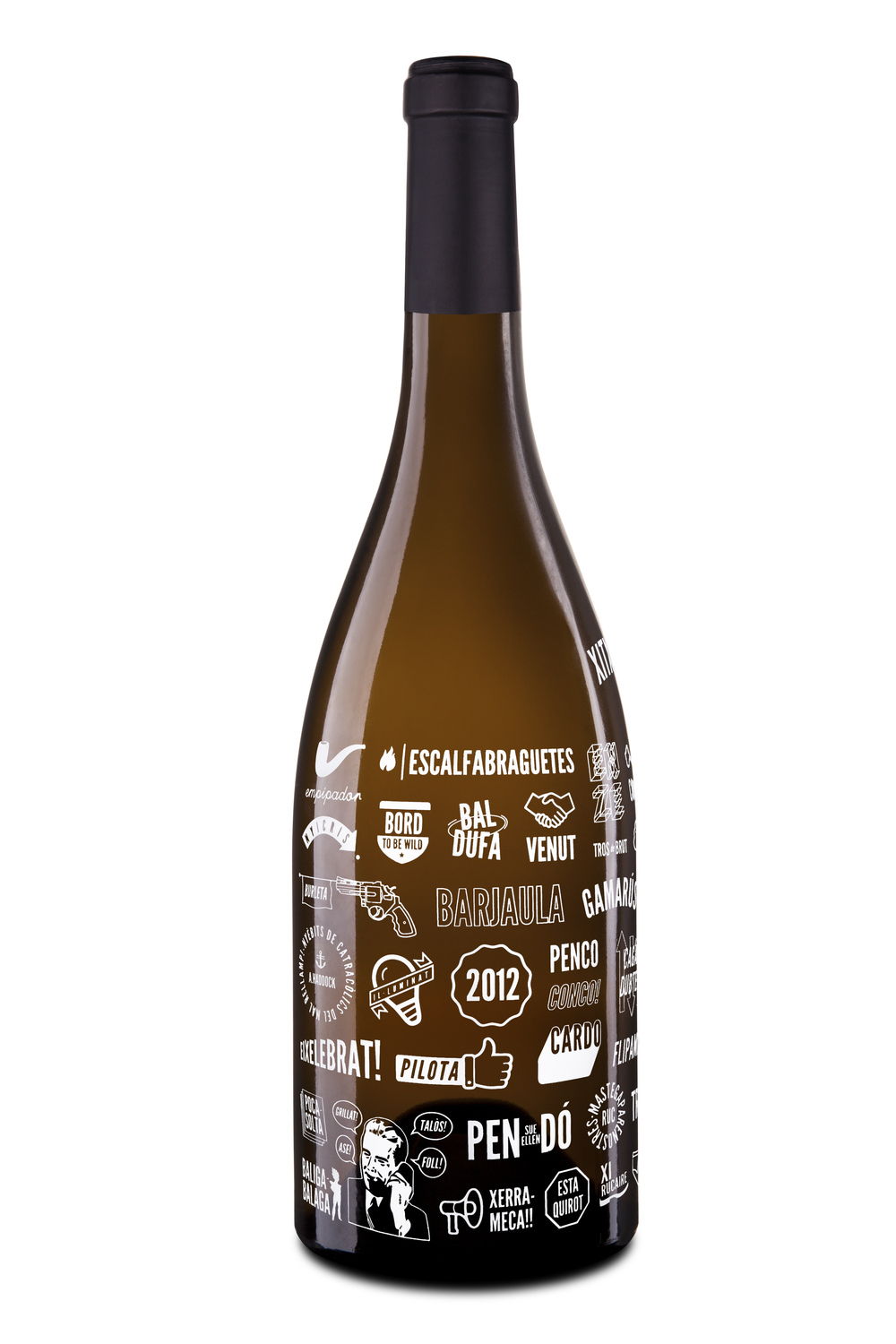 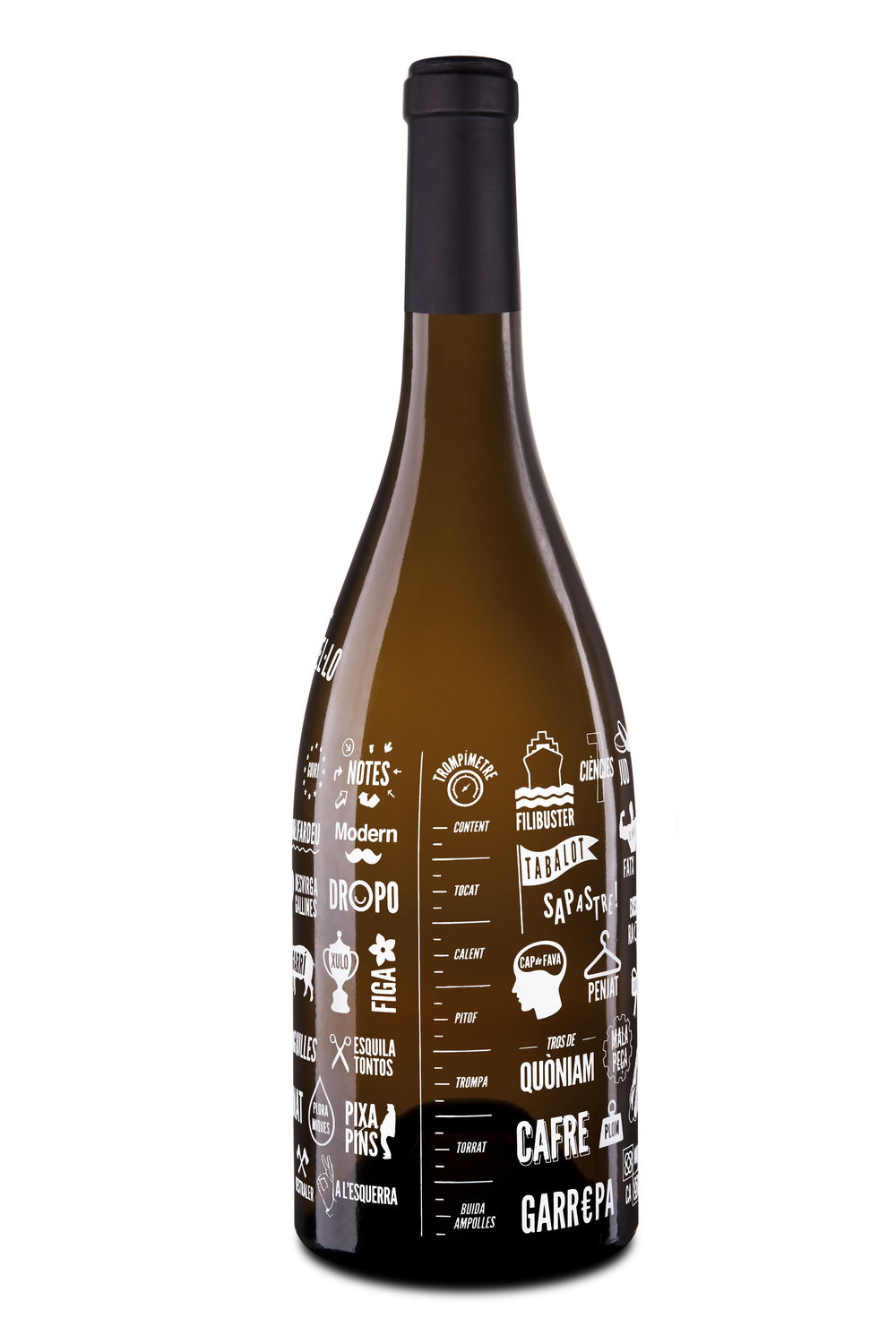 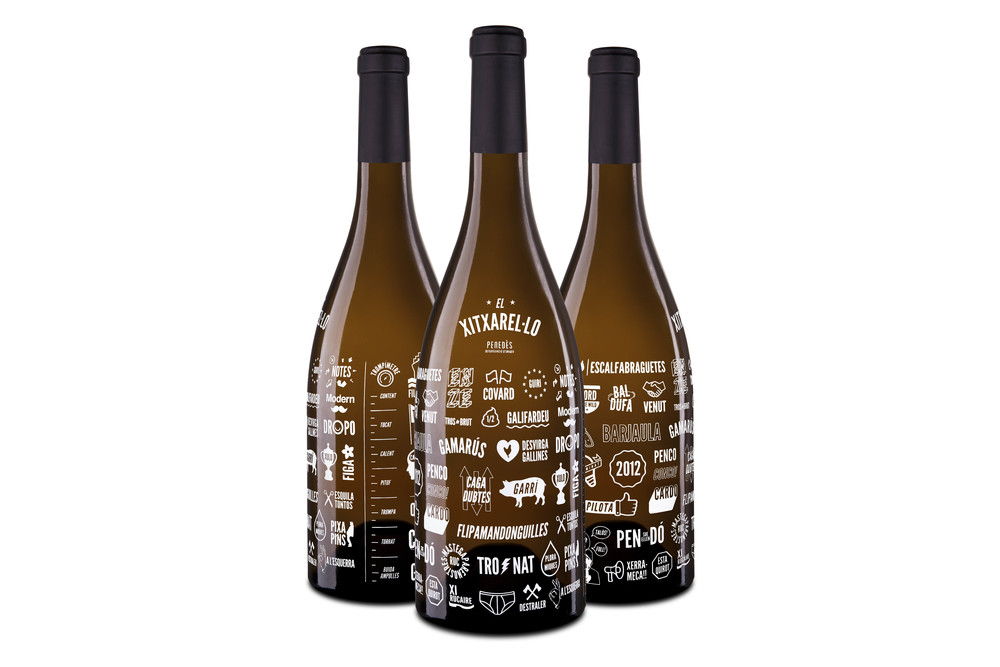 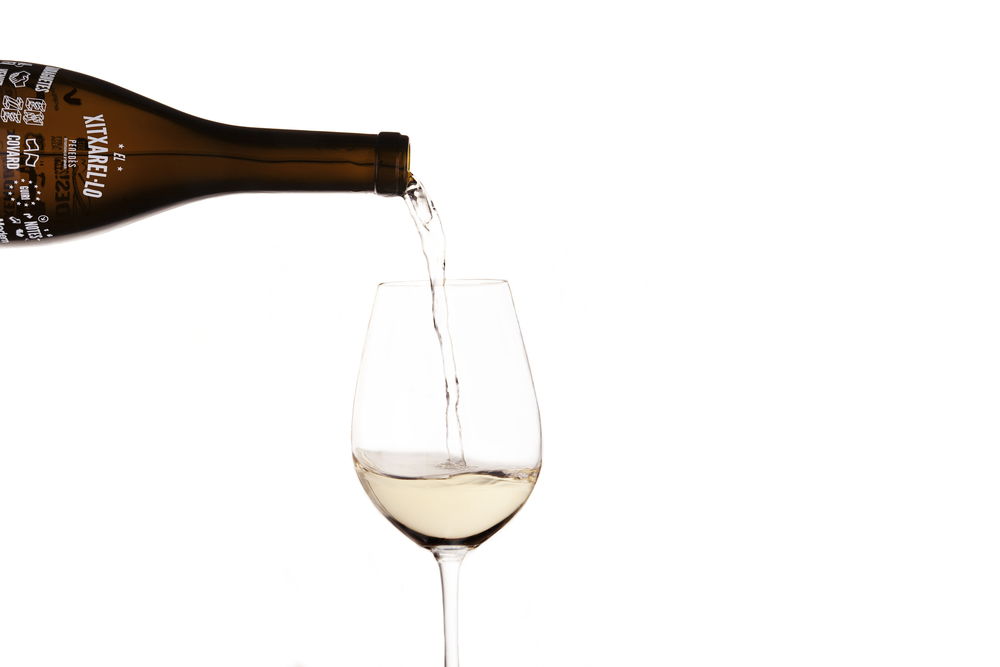 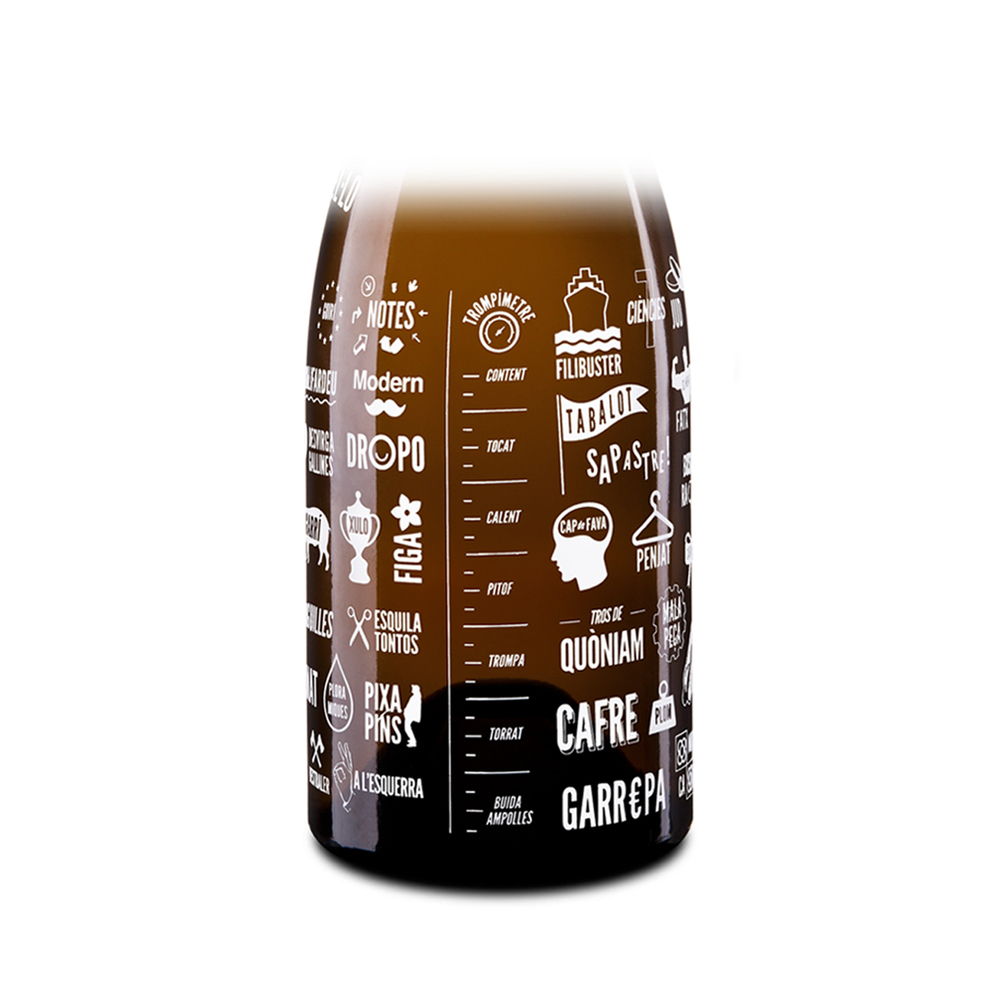 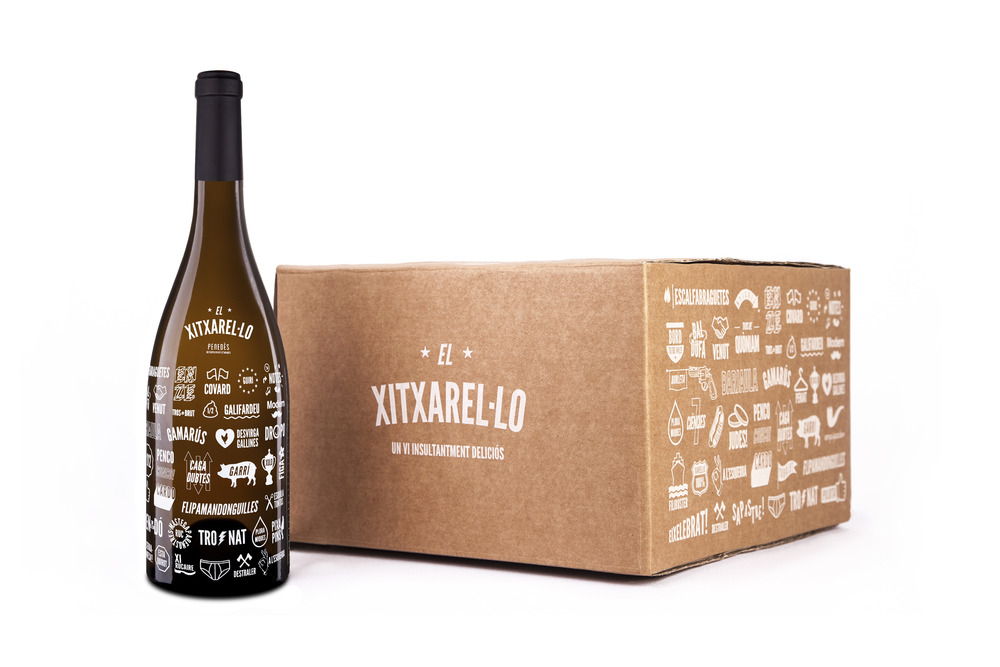