Before & After: Whole Earth Farms

Enlisted Design has redesigned the packaging system for Whole Earth Farms, a brand that makes high quality, natural pet food. Since its founding, the company has built a solid reputation, but it needed to find a better way to communicate the brand’s best attributes.

"We wanted to tell Whole Earth Farm’s story but we didn’t want to completely overhaul a brand with a lot of customer loyalty. We selected new typefaces that looked and felt similar while carrying a redrawn image of the leaf into the new logo. Placing the new logo front and center of the new package while refreshing and leveraging existing images from the previous packaging helped us introduce the brand’s name and personality. The farm remains the package’s prominent image, but it’s been redrawn and placed in different locations to differentiate the Classic vs. Grain Free recipesThe revamp also placed images of the food on the front and back of the packaging to create appetite appeal and incorporated mid-century styling cues to create an all around wholesome, approachable look that effectively tells the brand’s story." 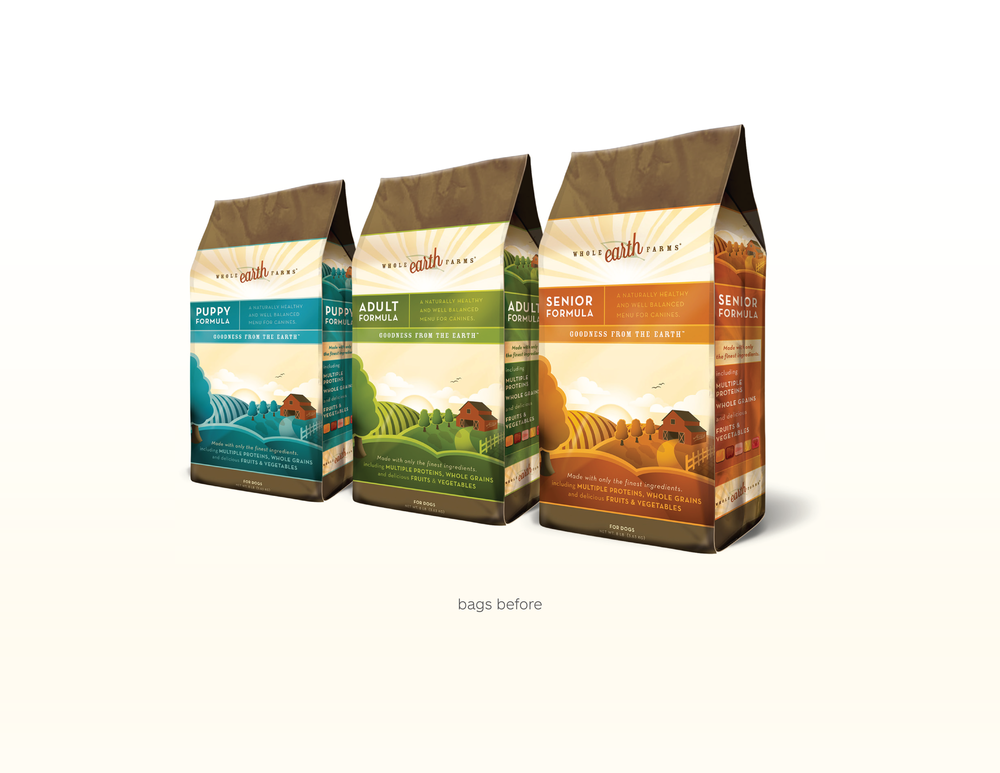 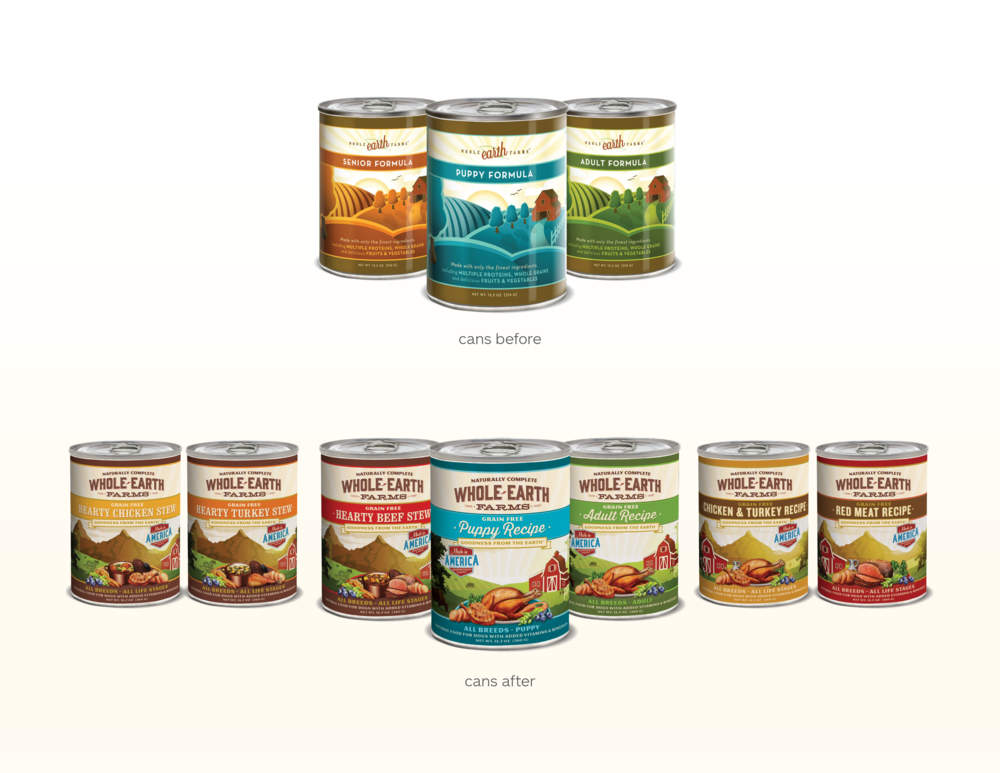 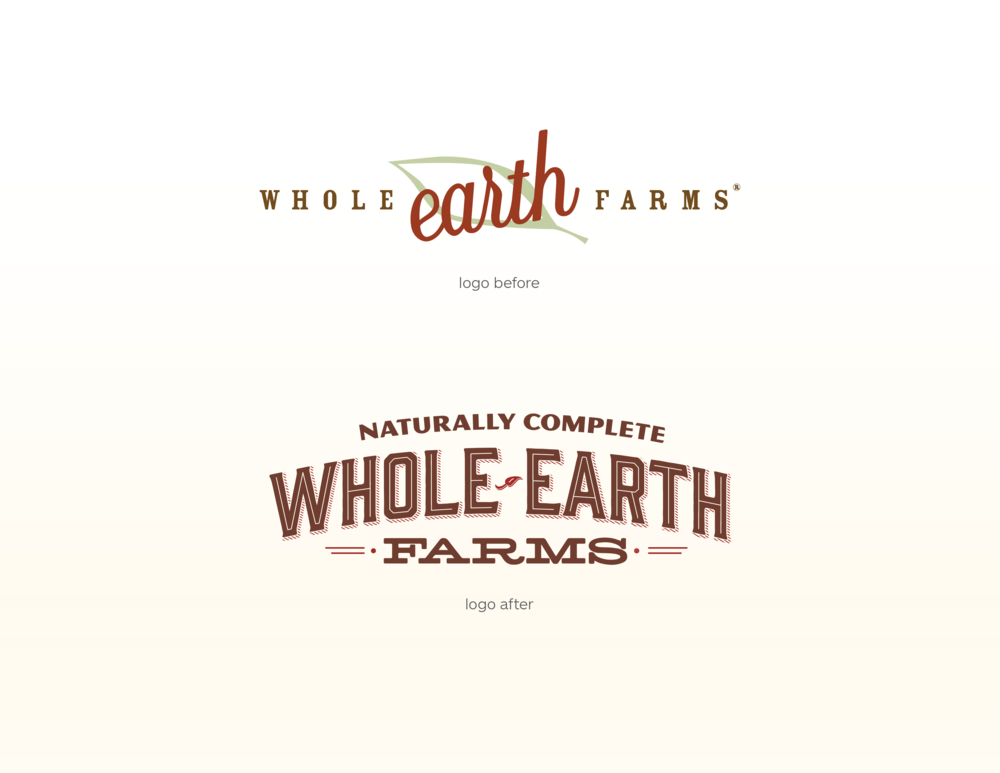 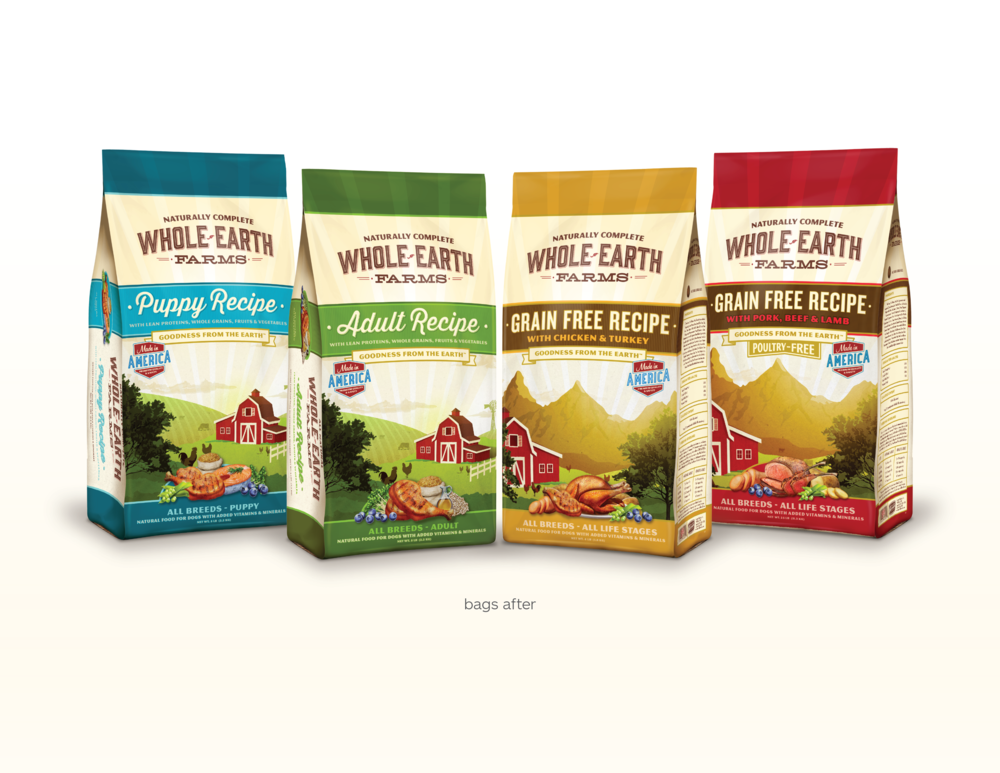 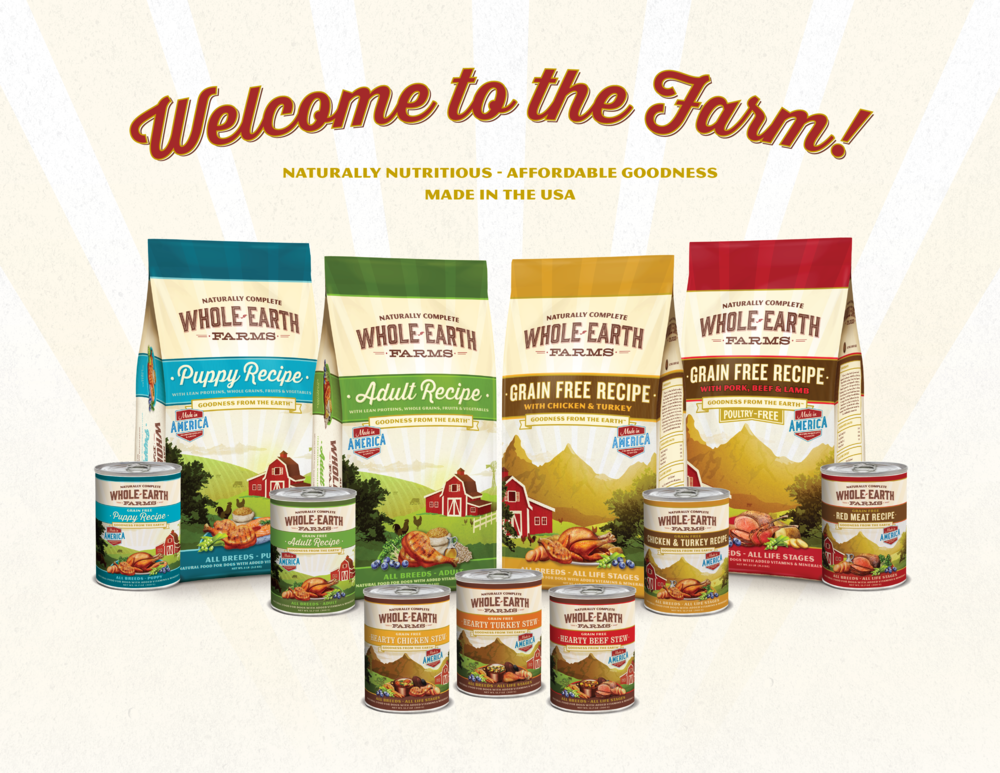