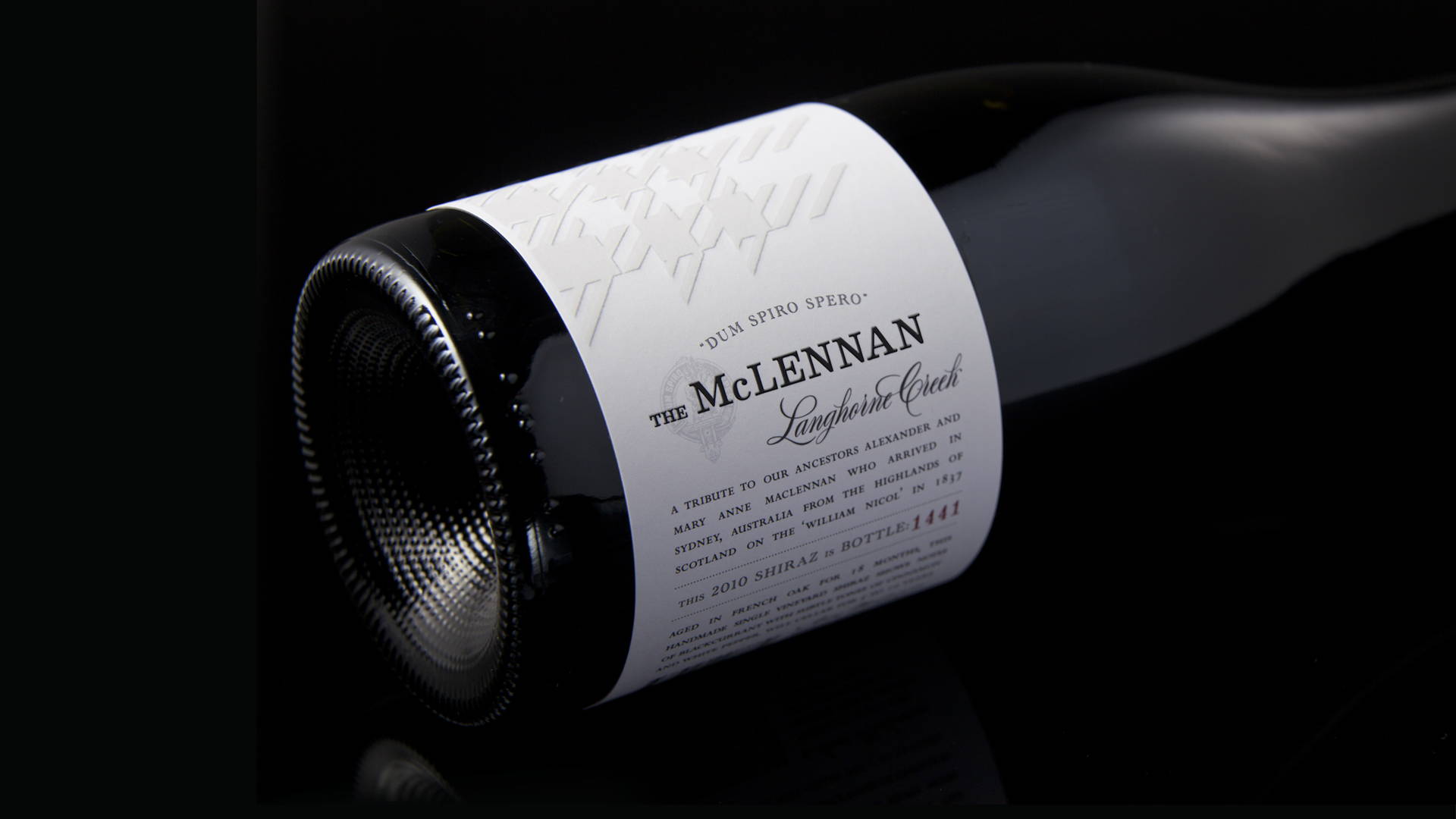 Anne McLennan of Cleggett Wines, approached Co Partnership to create a family tribute to her Scottish ancestors, the McLennan Clan.

The tribute wine tells the story of Alexander and Mary Anne McLennan's emigration from the highlands of Scotland to Sydney in 1837, and whose ancestors still live throughout Australia today.

With history, pride and modernity central to the brief, Co Partnership created an embossed graphic tartan that dynamically wraps the label, while in contrast, the neck features the original McLennan tartan, pinned with the clan's celtic motto - Dum Spiro Spero - 'while I breathe I hope'. 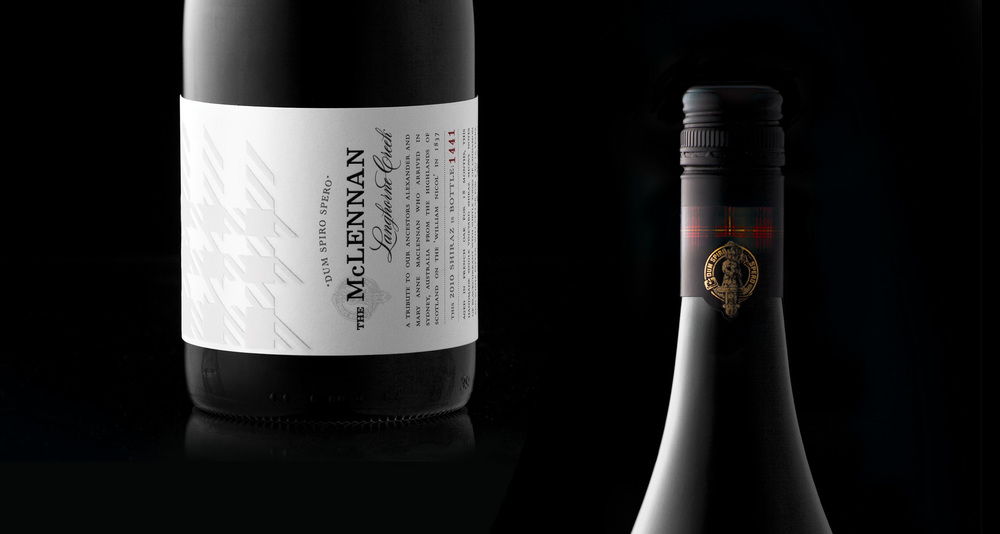 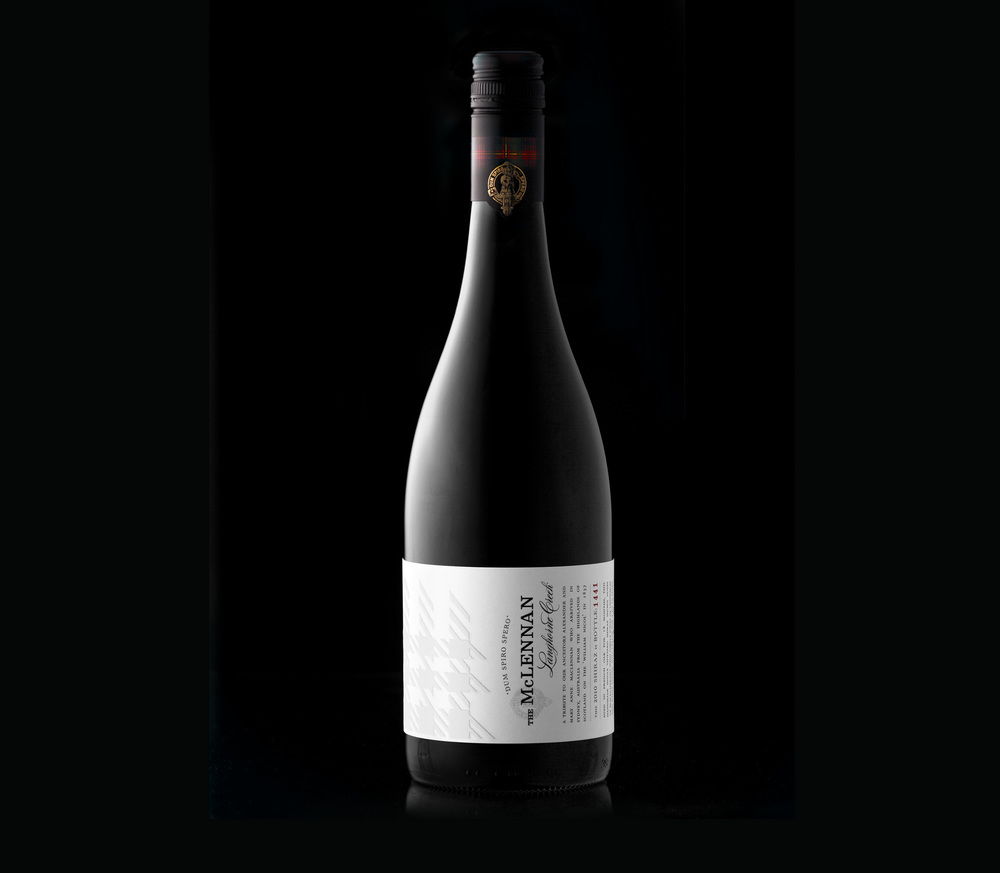