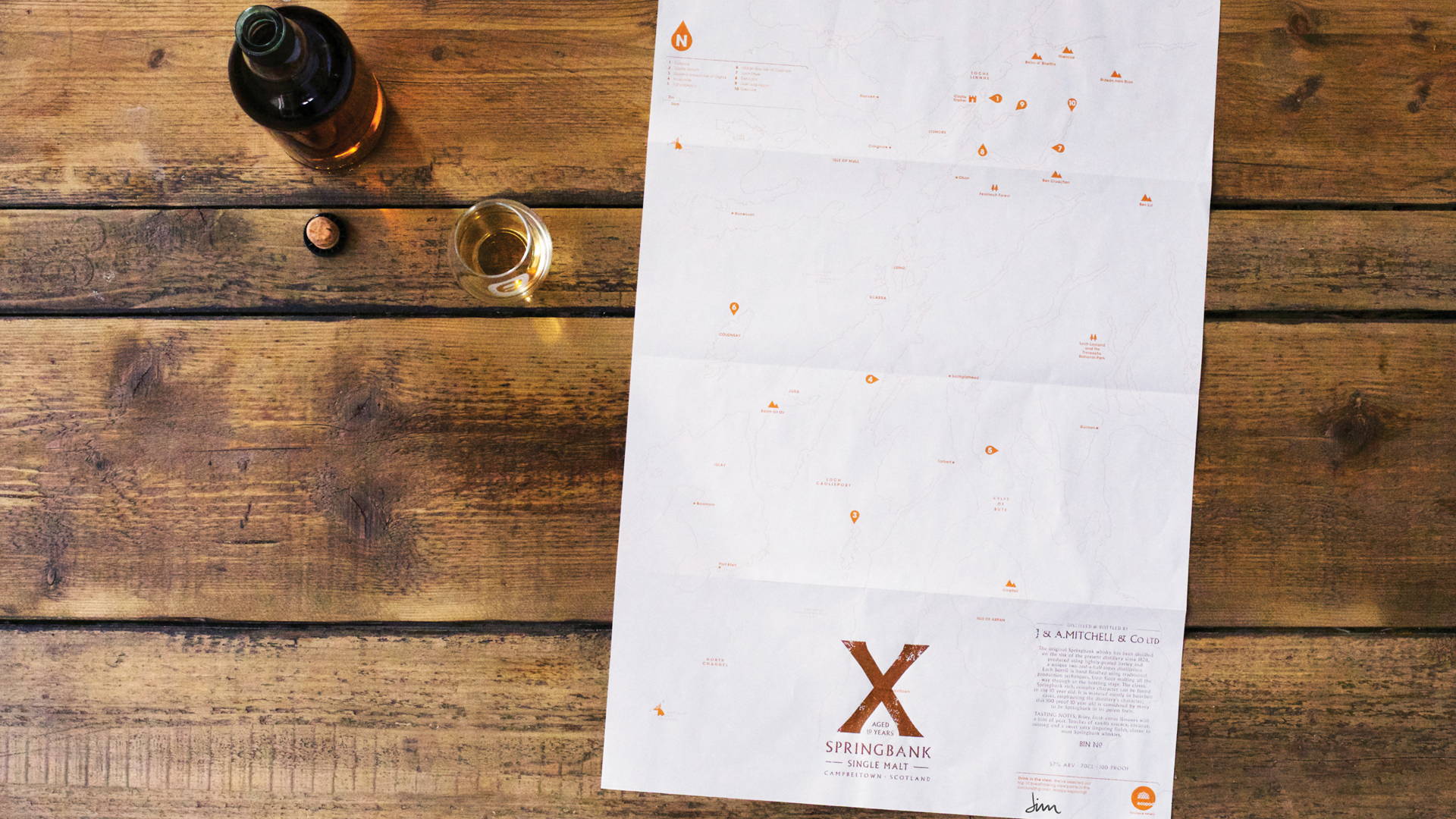 "Communicating both the age of Springbank single malt whisky and its place of origin in Campbeltown on the coast of Argyll and Bute, we devised a large Roman numeral ‘X’. We believed that this bold branding would appeal to Ecopod’s sophisticated, design-literate guests. Then, reinforcing Ecopod’s environmental credentials and love of the Scottish countryside, we created a map featuring 10 beautiful Scottish views. The map folded down into a bespoke label for the limited edition Scotch, in line with Ecopod’s support for recycling and repurposing. A message, ‘Drink in the view’ connected the two themes." 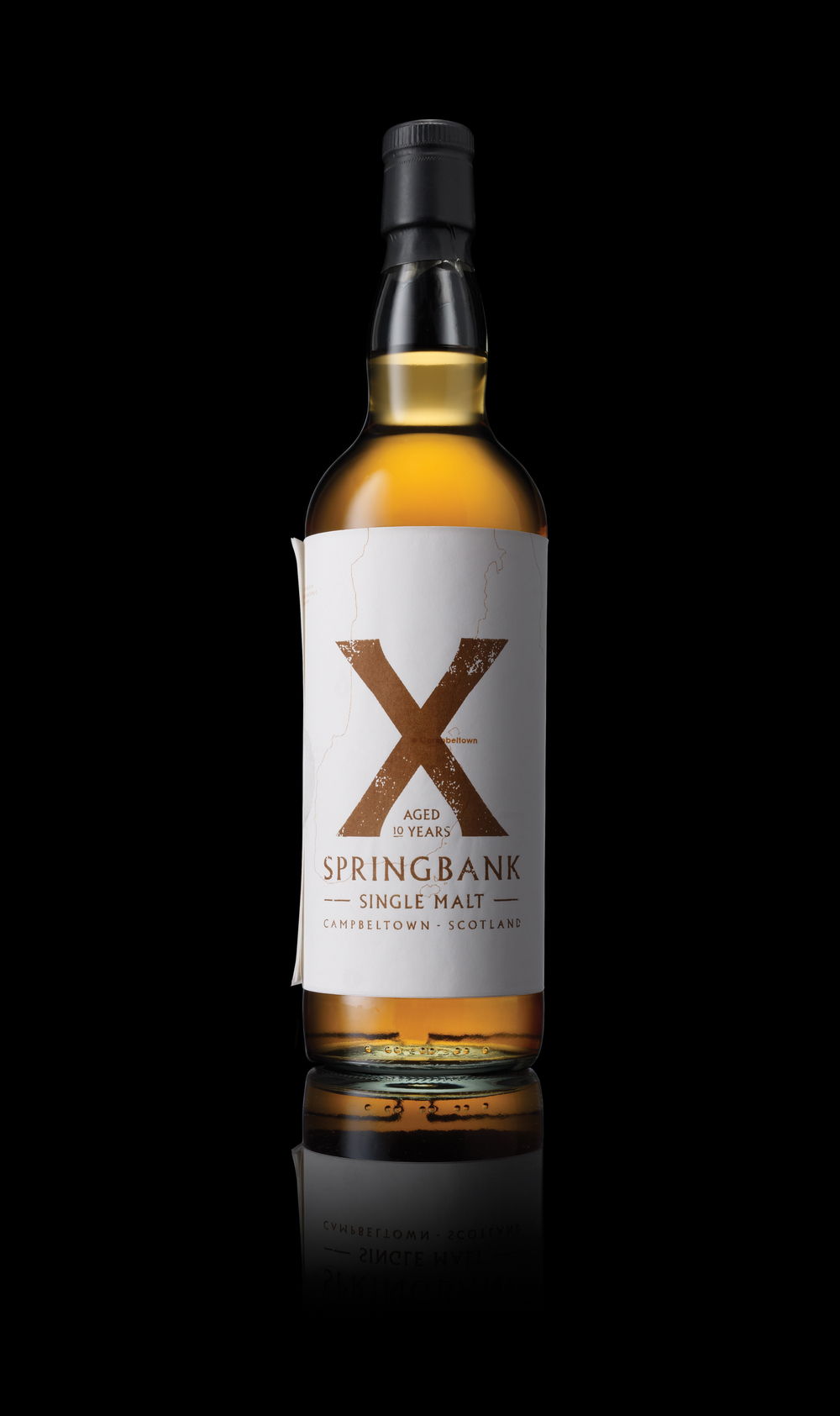 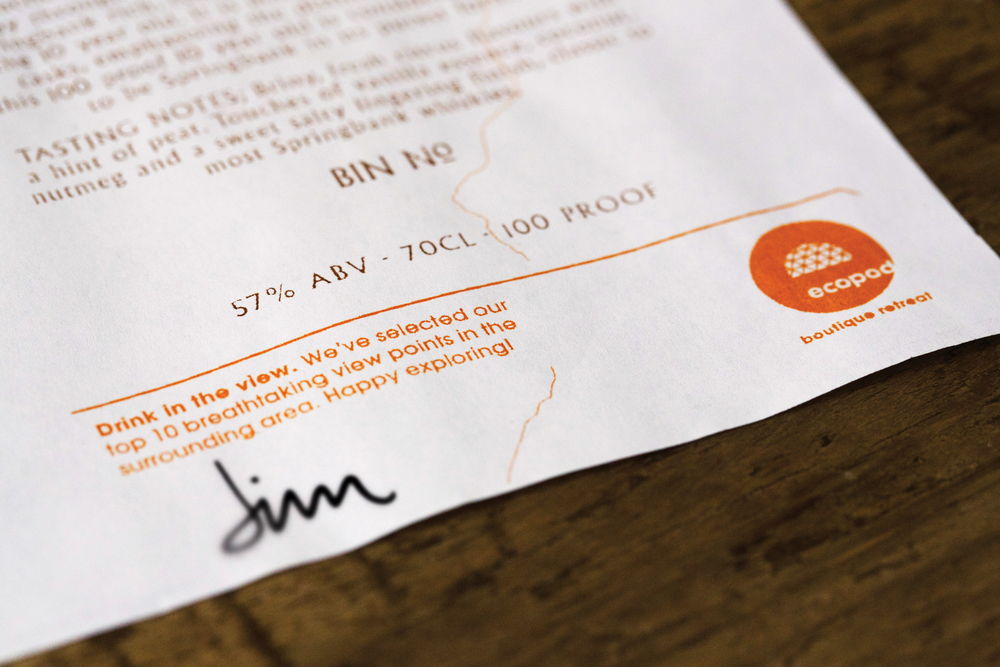 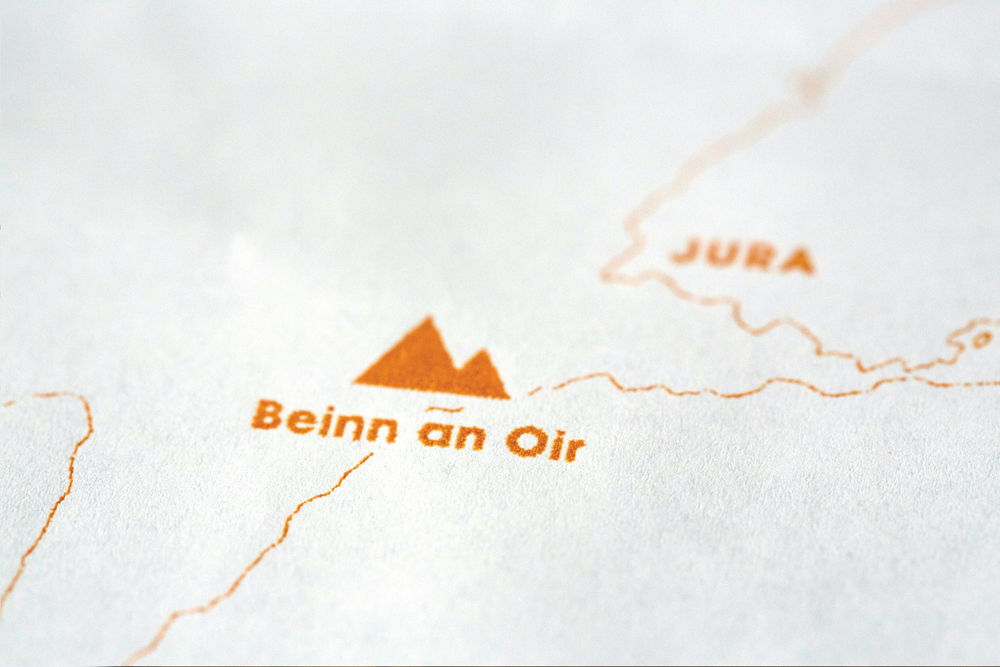 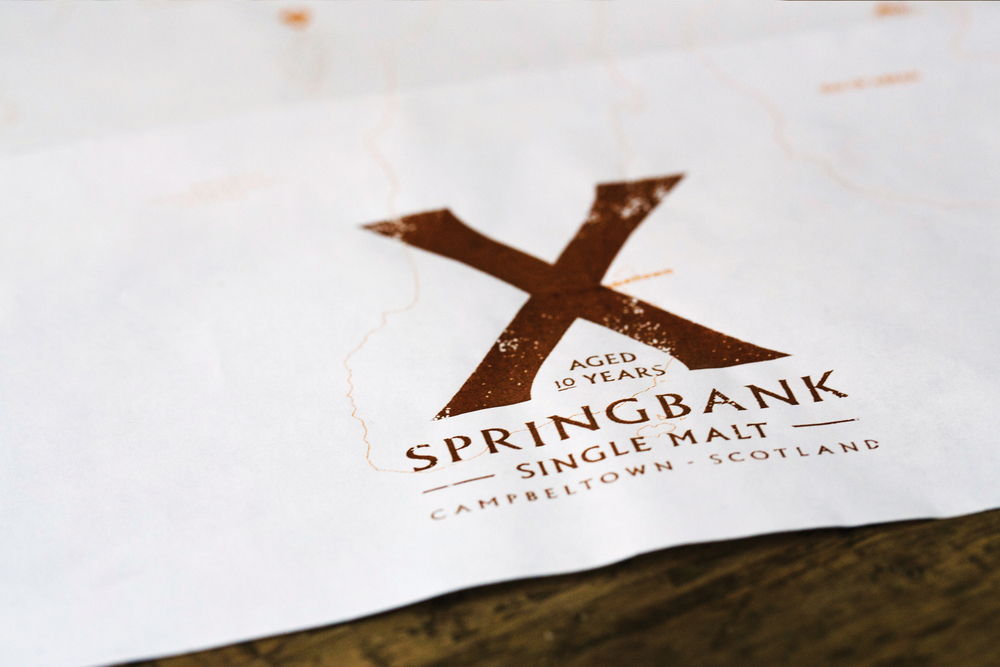