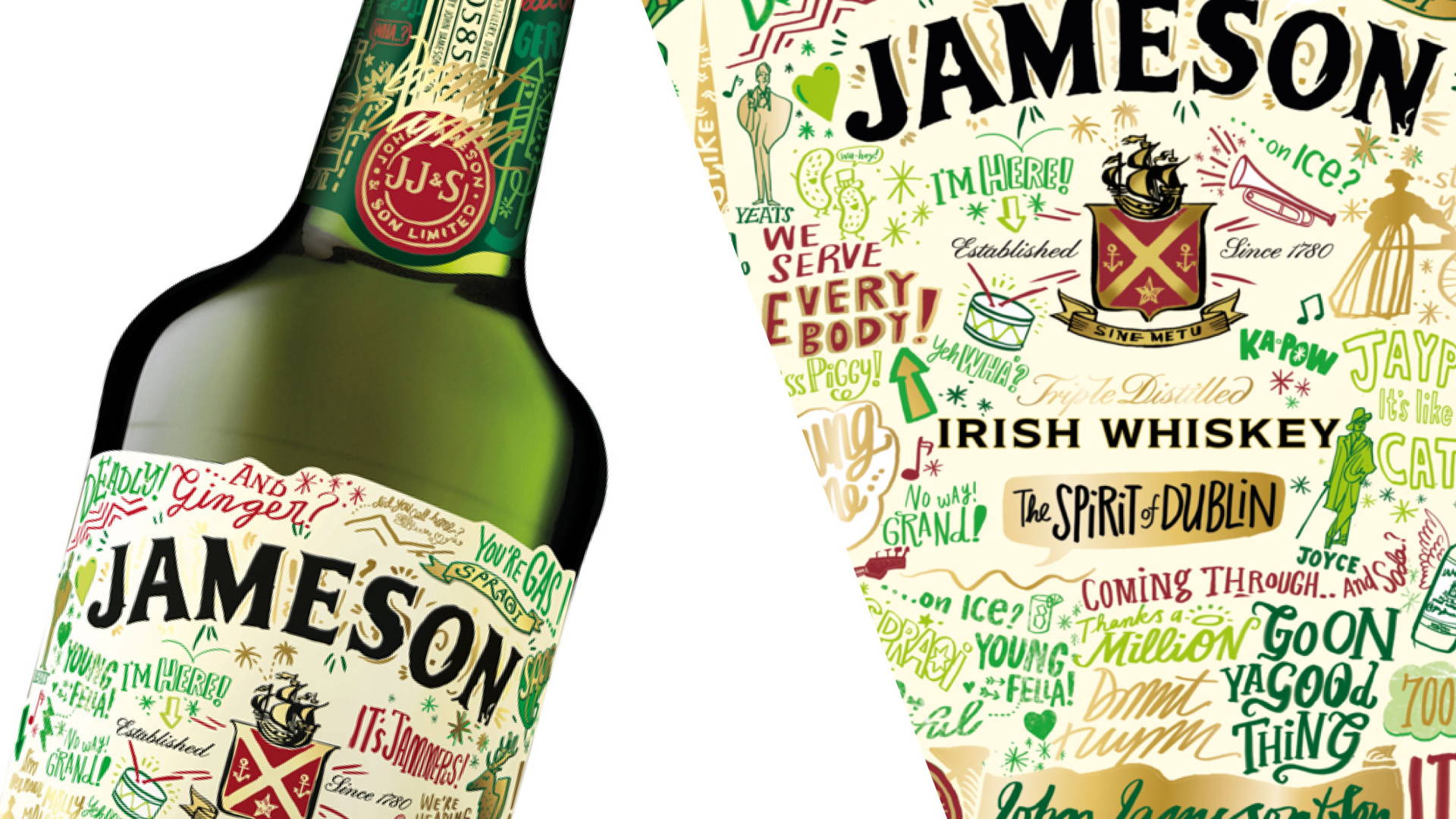 Jameson, the world’s favorite Irish whiskey, is celebrating its rich Irish heritage ahead of St. Patrick’s Day with the release of a new Limited Edition design for its iconic bottle, inspired by the sights, sounds and atmosphere of its hometown, Dublin.

The new limited edition bottle, which is the fourth to be released by Jameson in celebration of St. Patrick’s Day, has been designed by award-winning Irish illustrator, Dermot Flynn, and will be sold in 40 markets worldwide – demonstrating the continued growth and popularity for Irish whiskey, driven by the ever-increasing popularity of this iconic brand.

Dermot’s illustrated label features the world-renowned Dublin pub, The Stag’s Head; historical figures such as W.B Yeats; and a selection of ‘local Dublin’ phrases to bring the city to life. The bottle has been created for this limited period and will be available in Travel Retail and through on and off trade customers in markets including Russia, Japan and Australia from February 2014.

The release of the new Jameson Limited Edition will be accompanied by promotional activity in markets, with the brand providing its customers with a range of marketing materials and displays to ensure strong stand-out for the iconic bottle in the run up to St. Patrick’s Day, which is celebrated each year on 17th March.

Jameson will be continuing its popular Jameson St Patrick’s Live celebrations this year with activity including its annual Live Broadcast, which sees presenters from radio stations from around the world descending on Dublin to broadcast live from the Old Jameson Distillery on St Patrick’s Day; and an exclusive gig in the city, featuring various leading Irish acts and headlined by the critically-acclaimed band, White Lies. 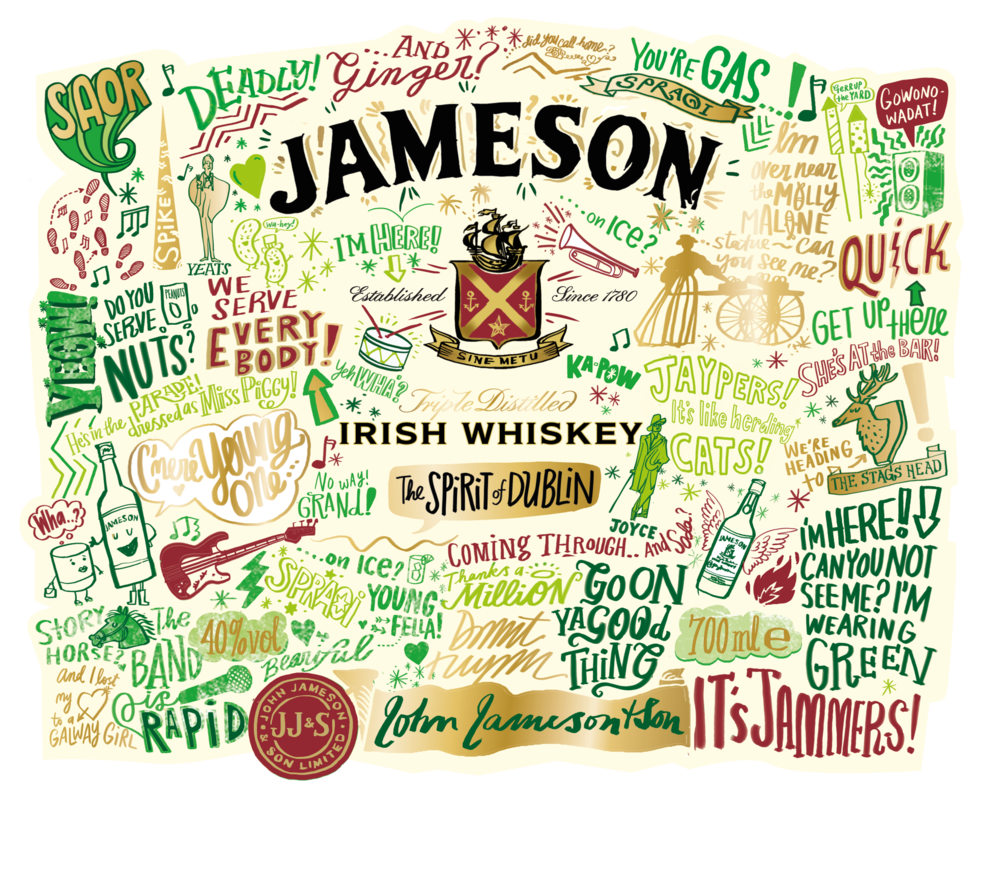