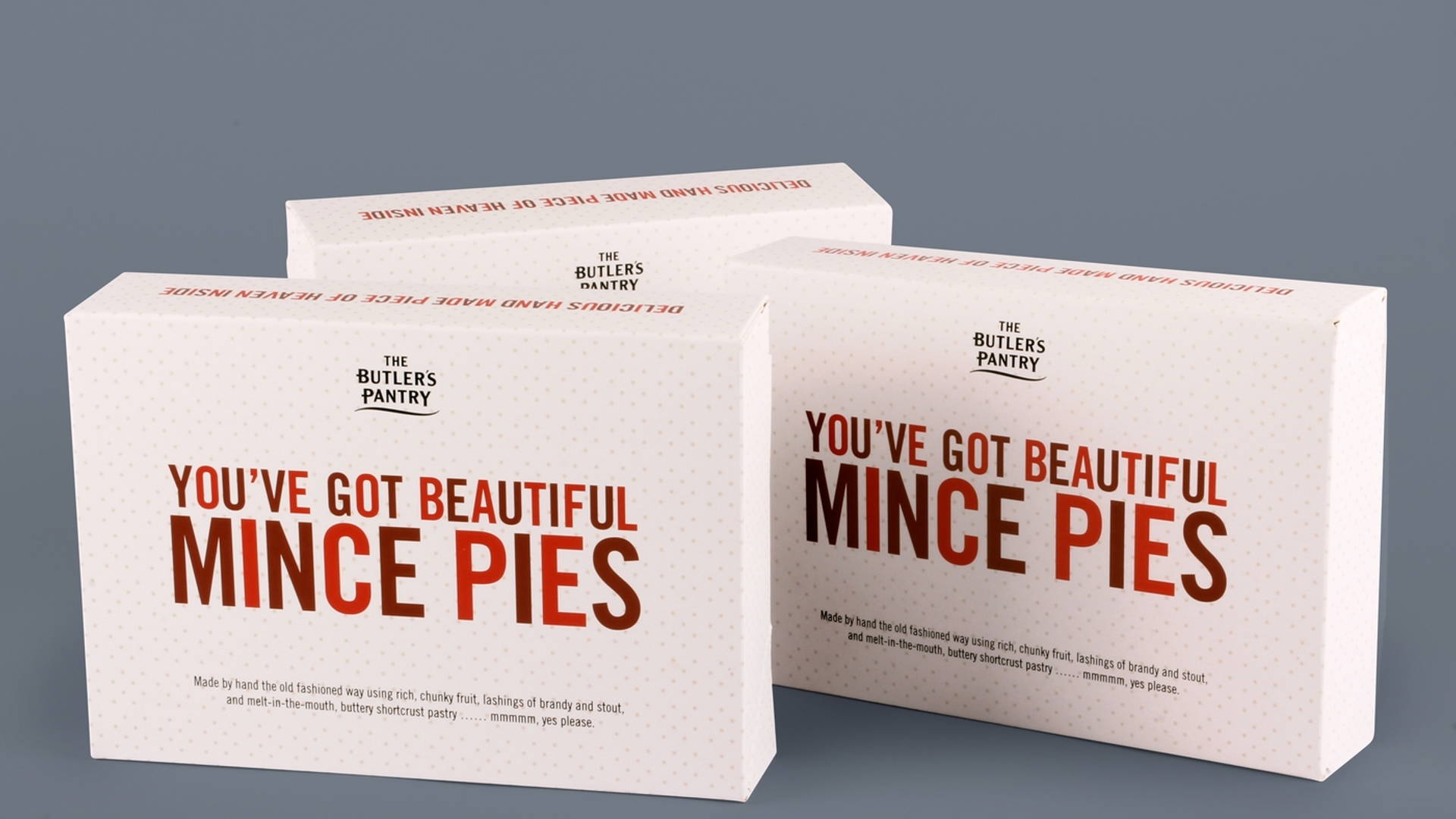 Butler's Pantry, designed by Brandcentral is all set for the holidays. A simple faded dot pattern brings focus to the powerful statements popping off the surface of the packaging.DELICIOUS AND HOMEMADE. What more can you ask for? The letters in each word alternate in color from a bright red-orange to a mahogany. This interplay gives the words dimension as the lighter red gets pulled forward while the darker is brought back. 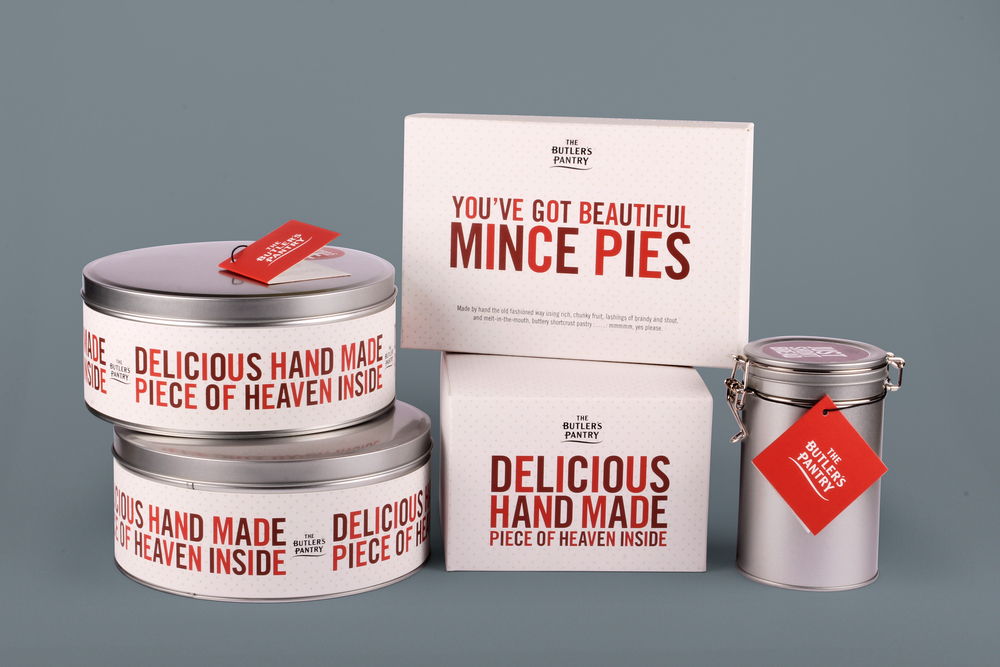 "From inception, our thoughts revolved around portraying a movement away from convention while at all times focusing on the fact that the food is the star.

After exploring several routes we decided on a minimalist design that used well crafted statements which would create anticipation around the contents. The color palette was strongly festive and was combined with a simple, stylised snowflake pattern in a subtle light warm grey." 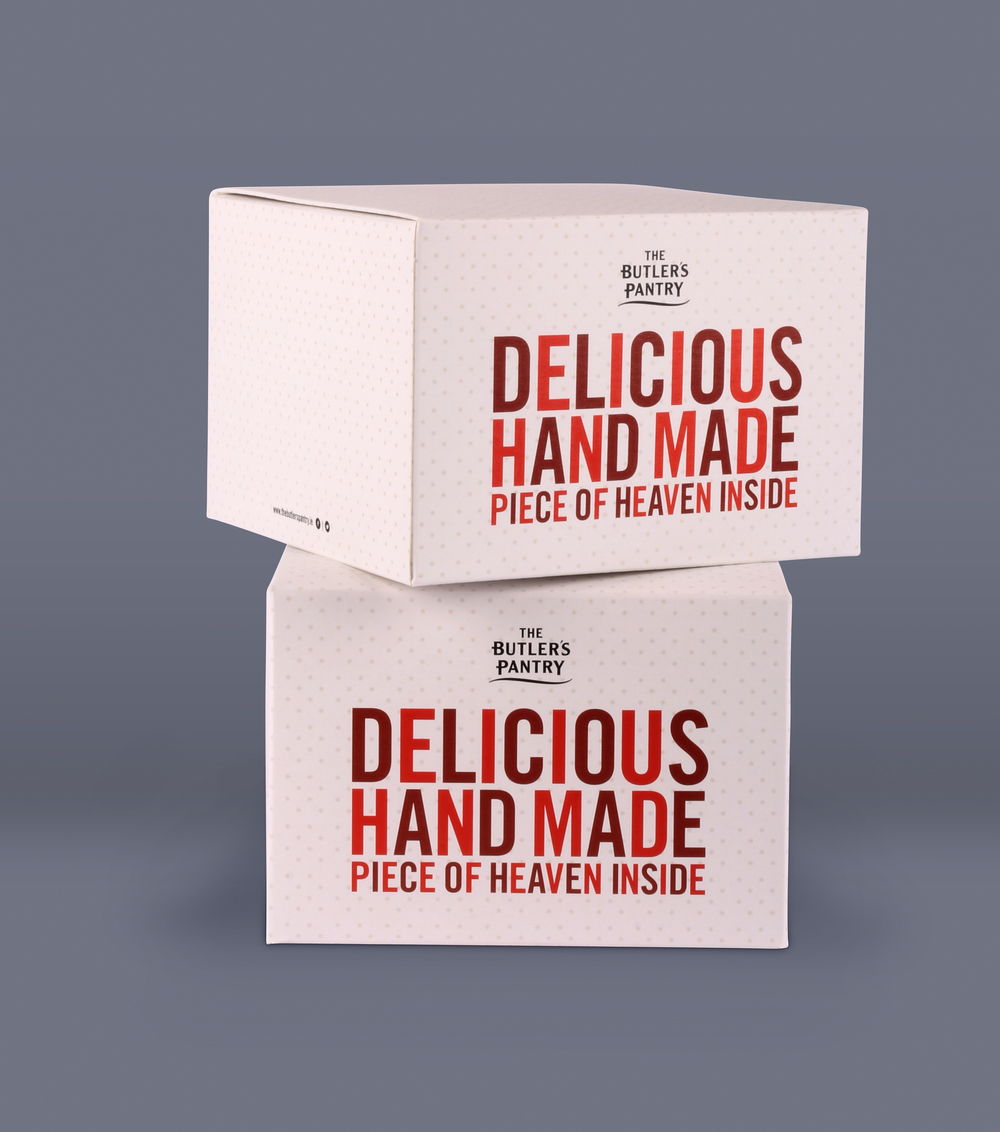 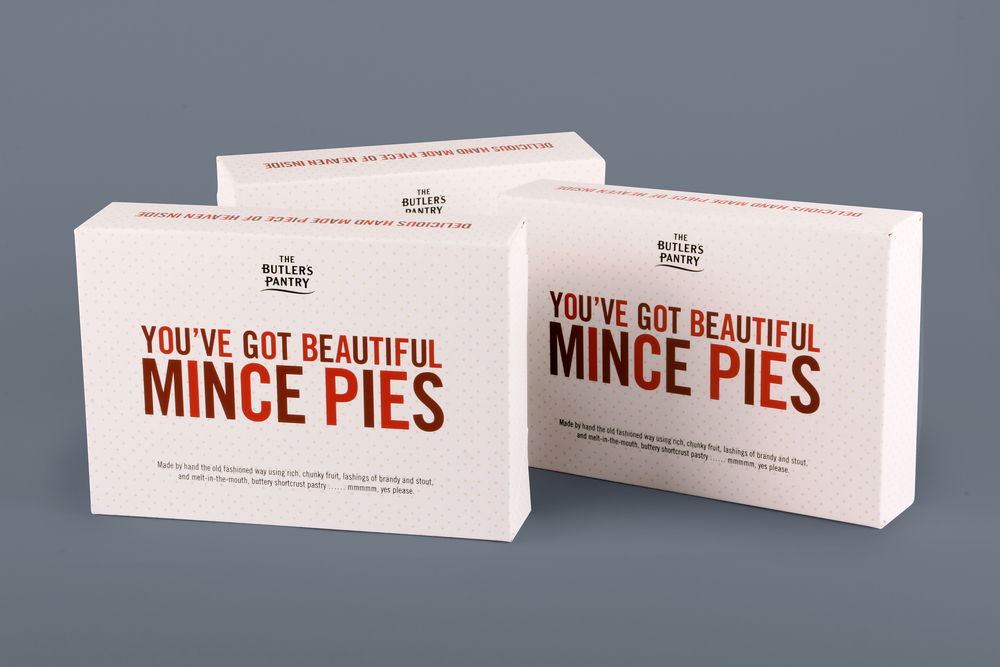