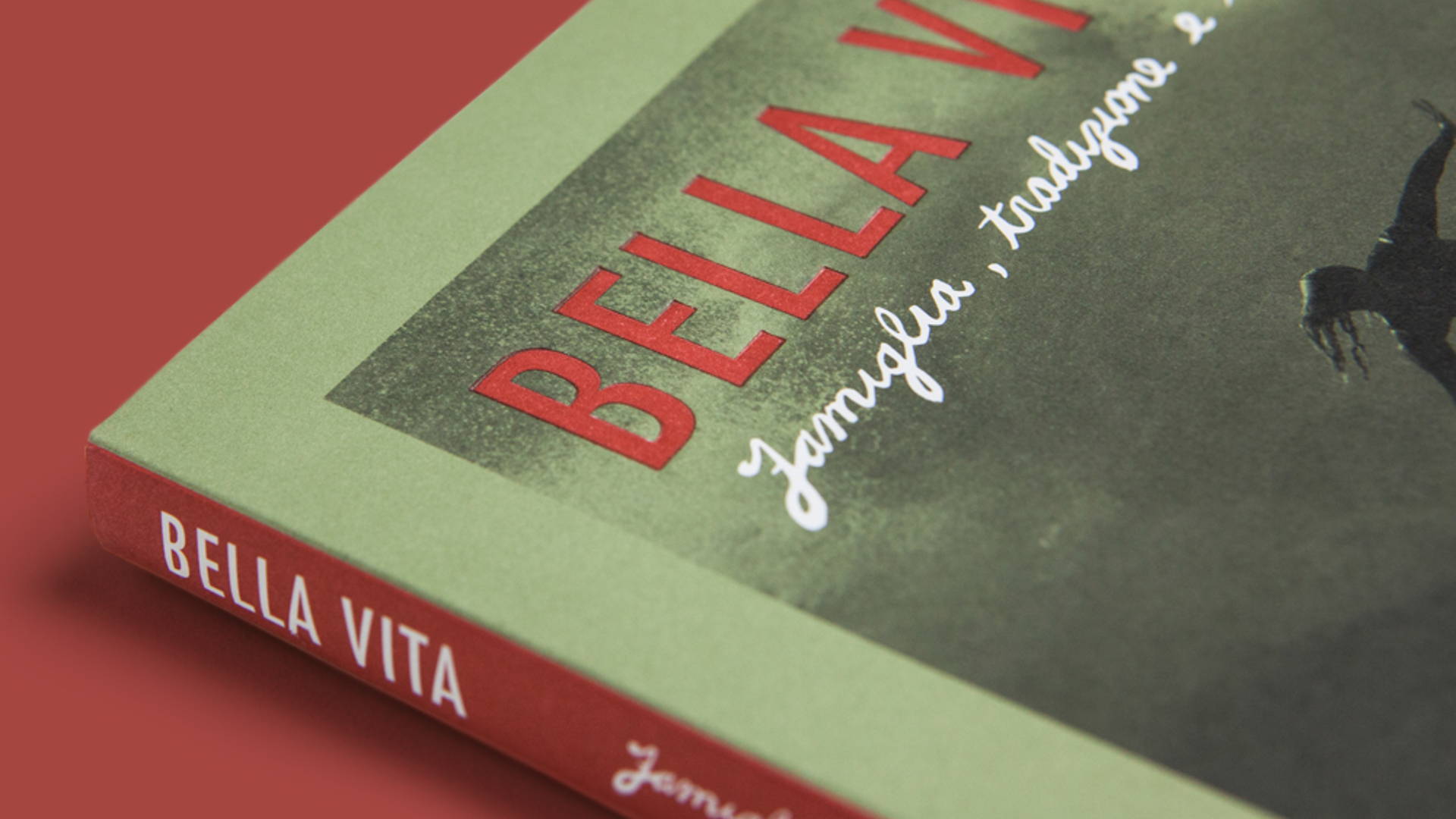 Los Angeles based ITAL/C Studio has created a DVD package for director Jason Baffa's third feature surf film, Bella Vita. The film was shot on 35mm film, and the packaging was designed to feel like journal or scrapbook with images from the journey. 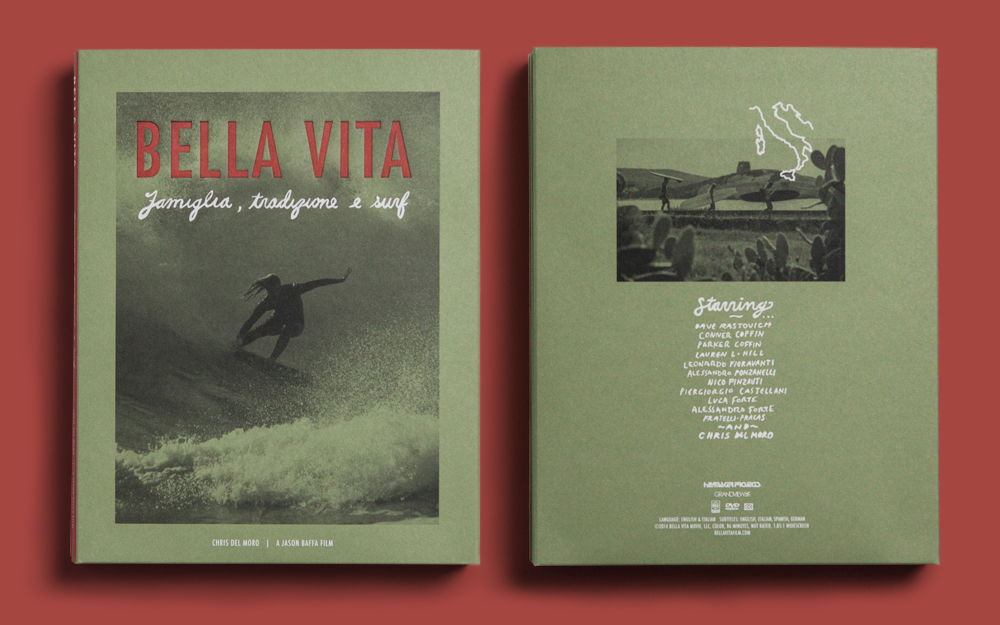 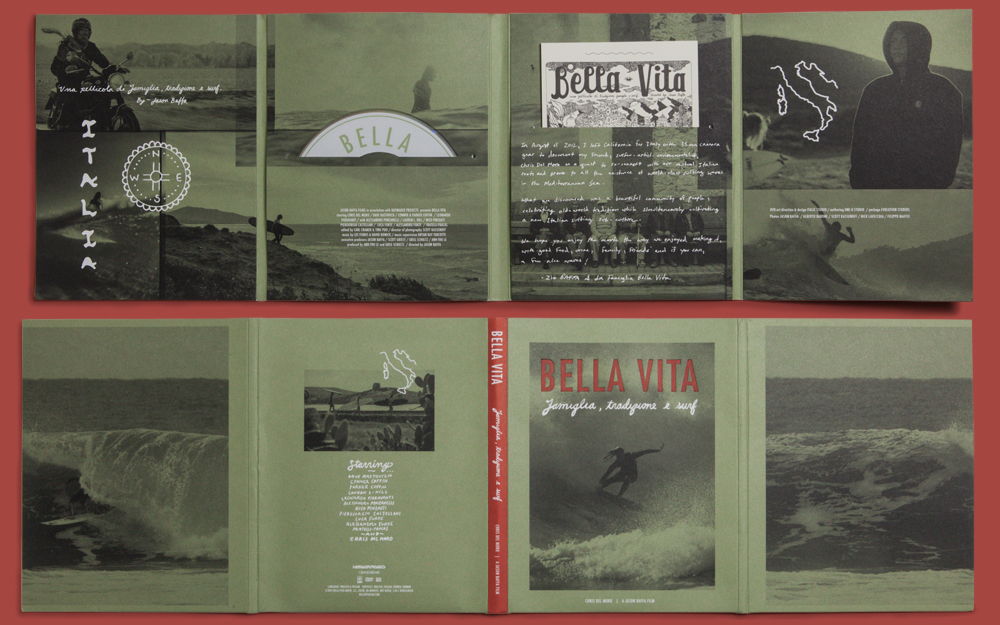 "In his third feature surf film, director Jason Baffa reflects on his own Italian heritage using professional surfer, Chris Del Moro as his subject. Bella Vita documents Chris on a pilgrimage back to his ancestral homeland to explore a culture where old world convention and traditional craftsmanship have matured into a modern surf lifestyle destination." 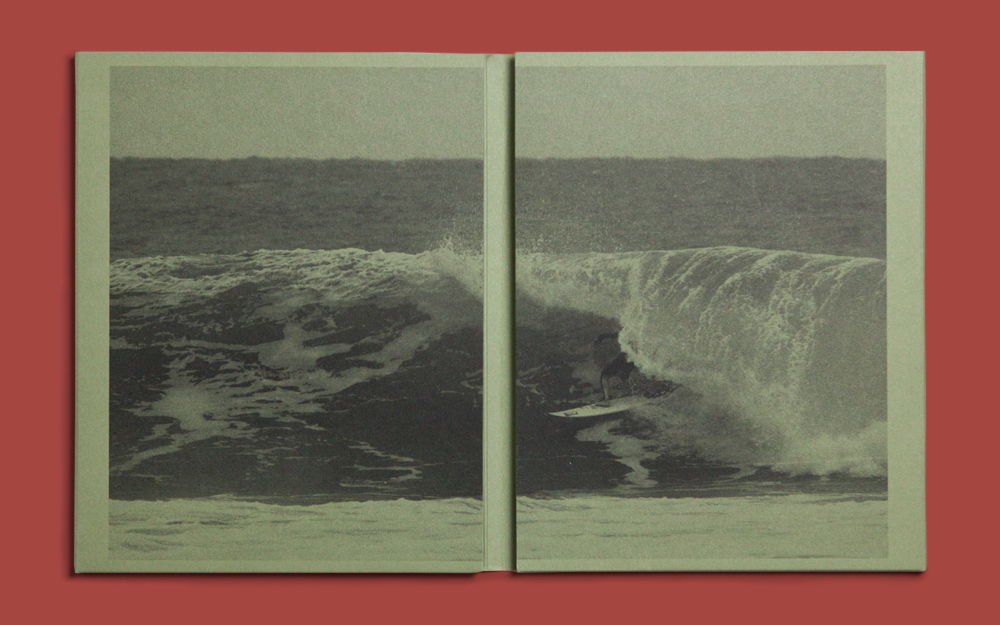 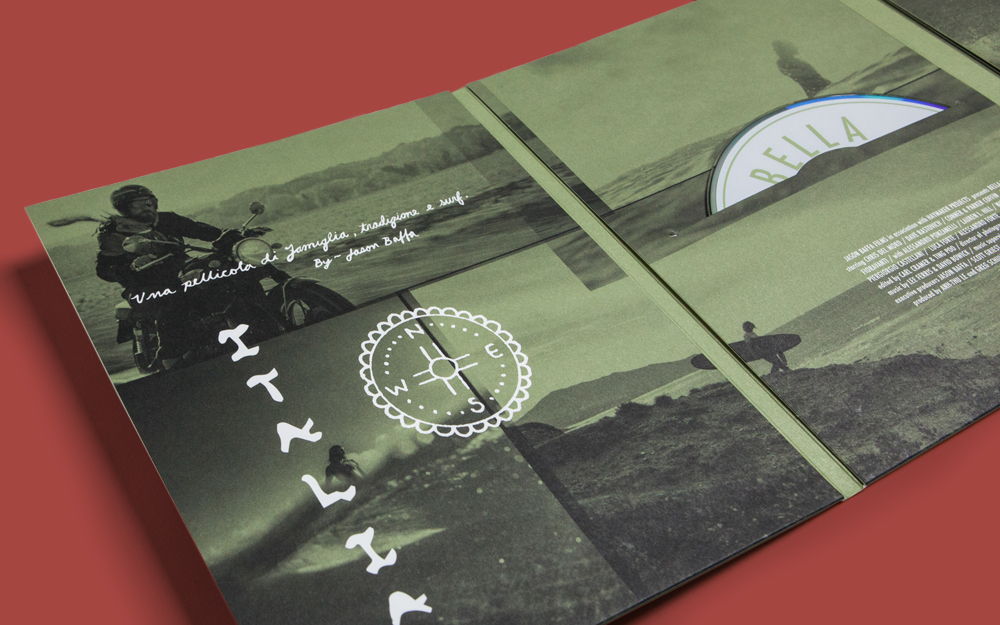 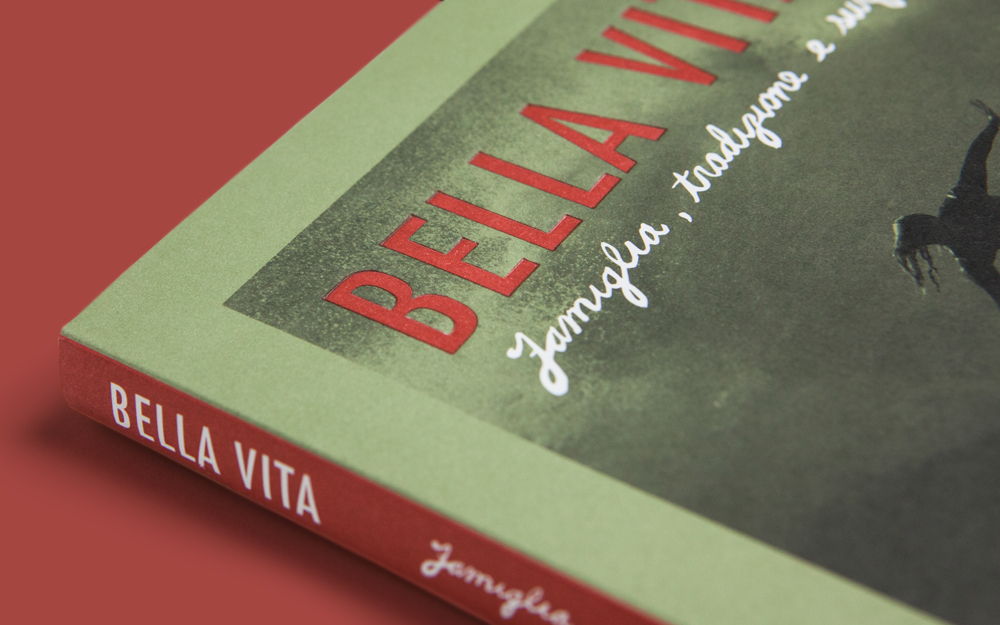 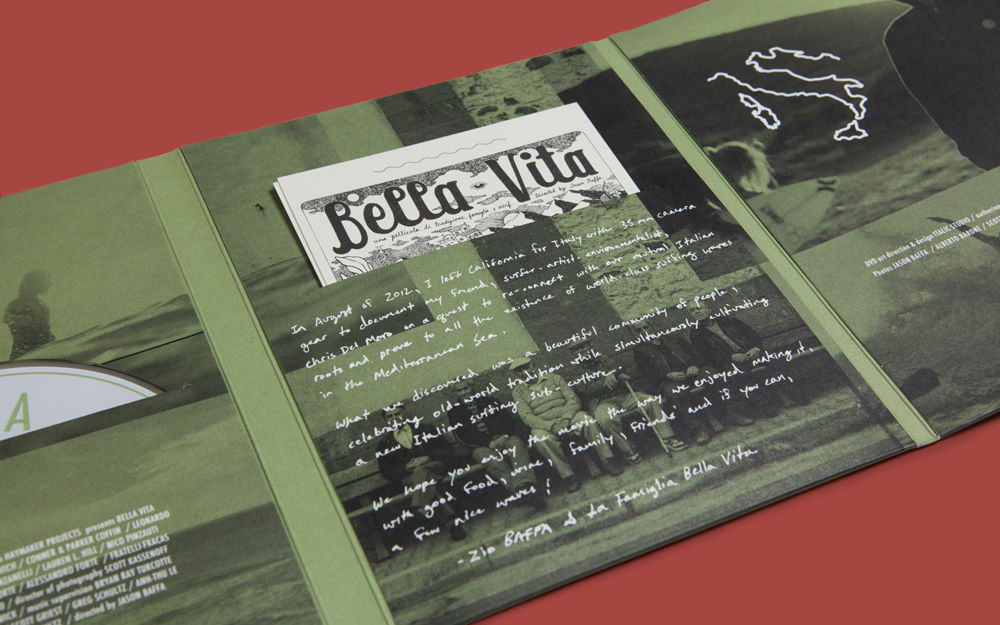 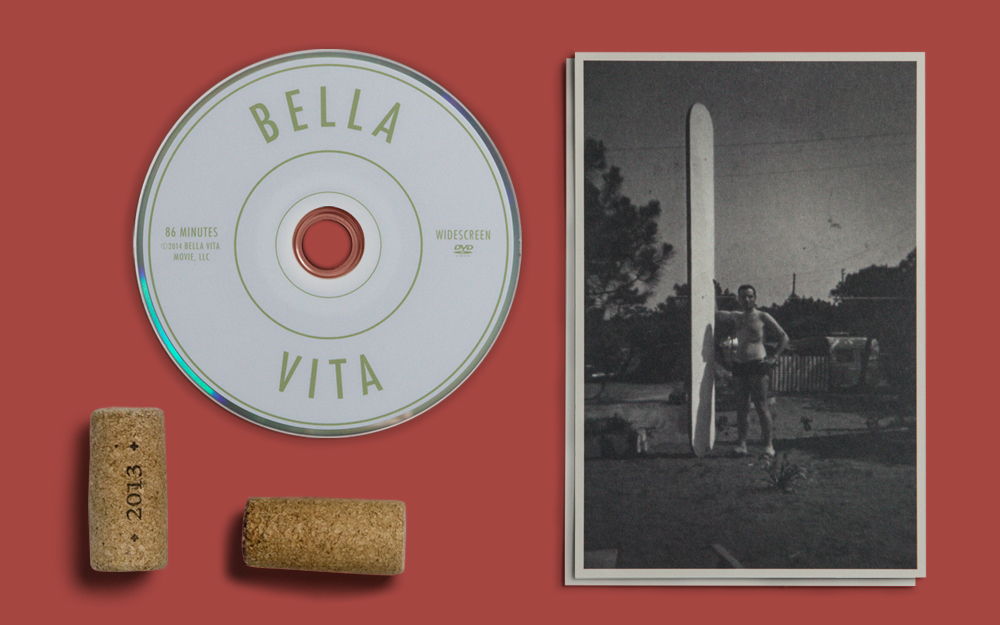 "The film is shot entirely on 35mm film and looks stunning. To compliment the craftsmanship of the film itself and the story of exploring one’s family roots, we designed the DVD packaging to feel like a journal or scrapbook filled with still images from the journey – and even a set of 5 postcards." 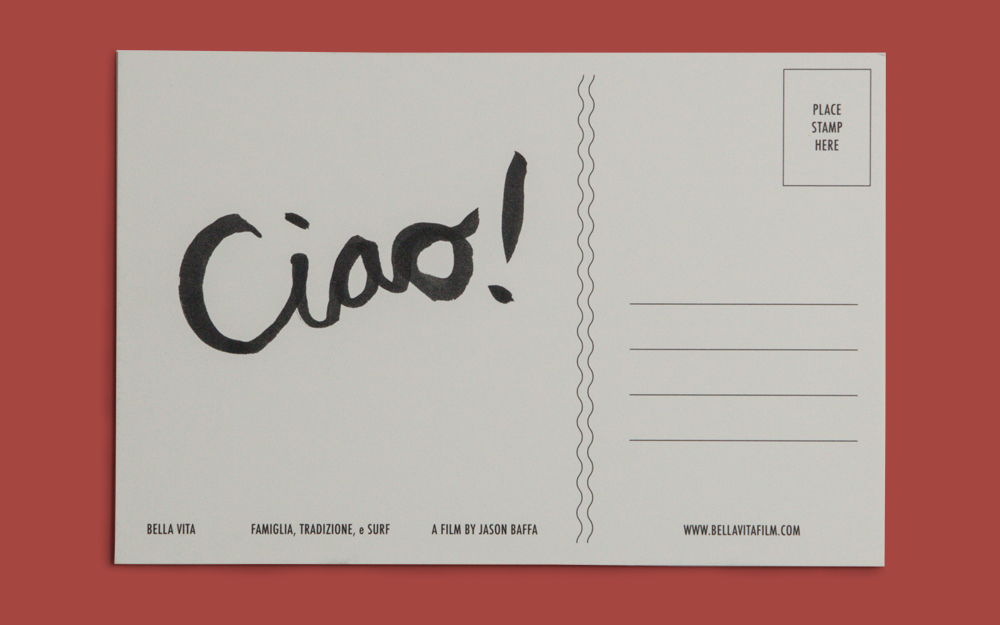