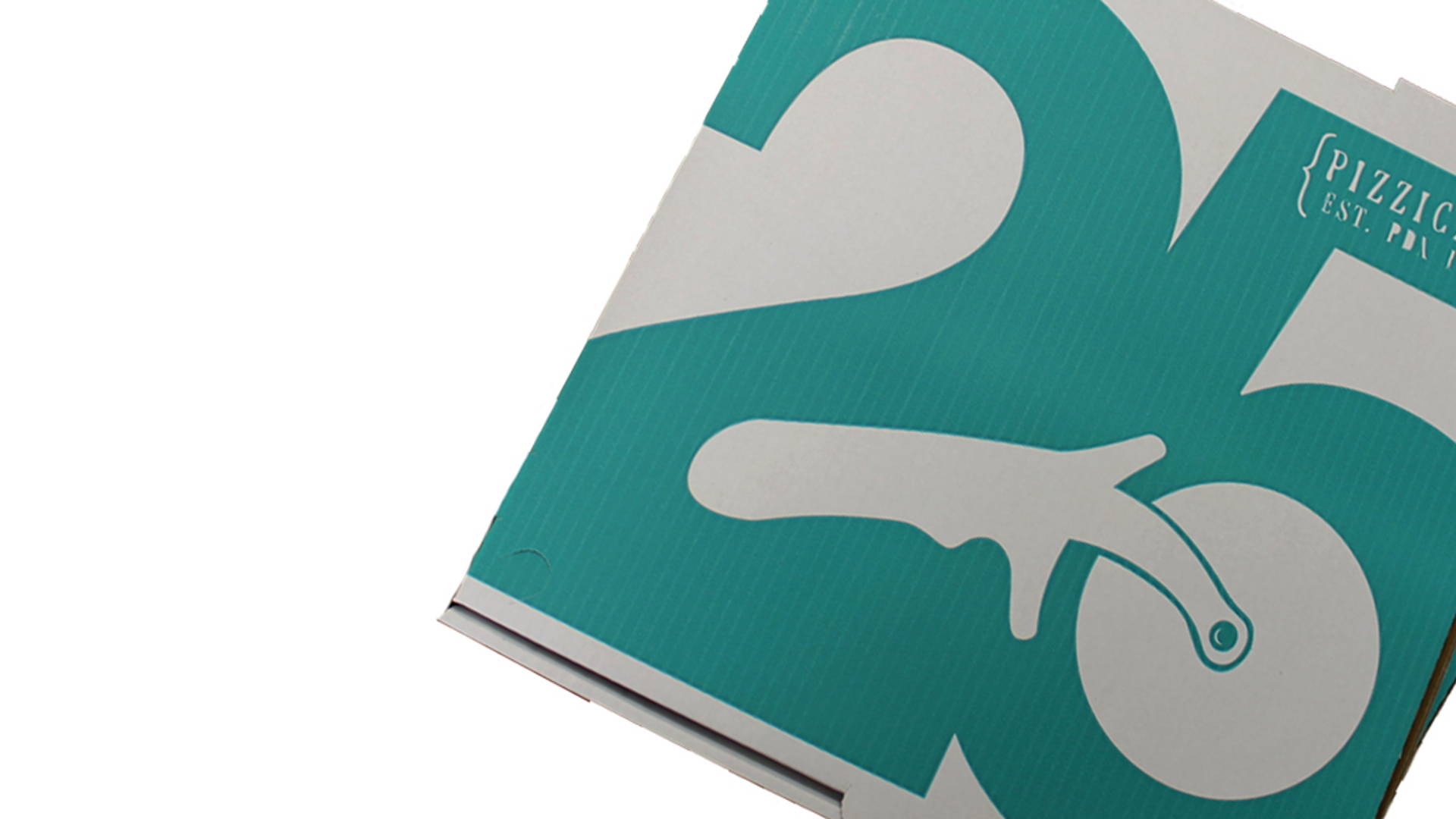 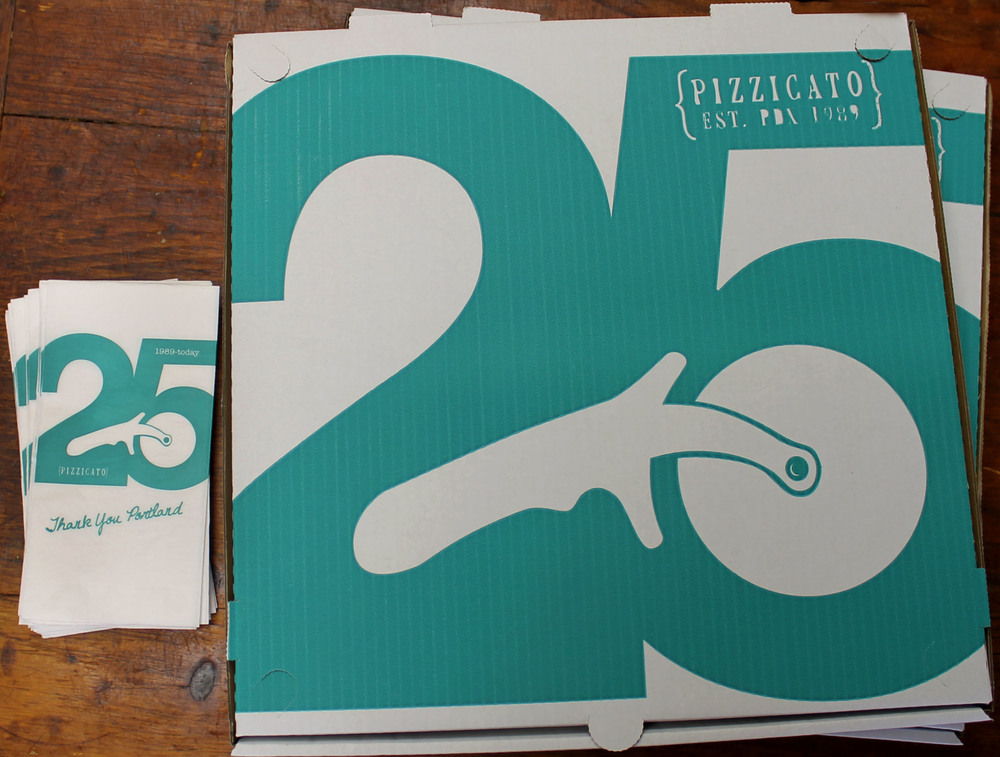 Milton Glaser said design should both inform and delight. This special edition graphic definitely checks both of those boxes. It is delightful in that it looks like an alien hand, but is actually a pizza cutter. And it is informative in the twenty-five. Well played Pizzicato. 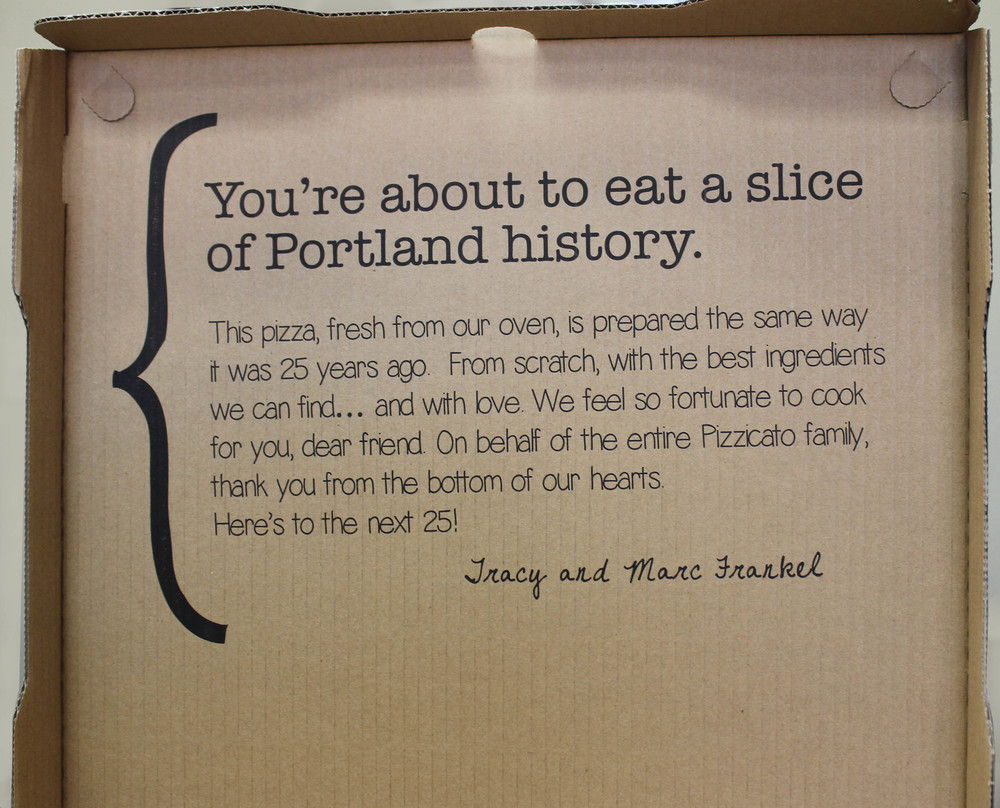 And to make things even more delightful, Pizzicato is celebrating throughout the month of November, offering prizes to folks who take a photo with the box and post it on social media. 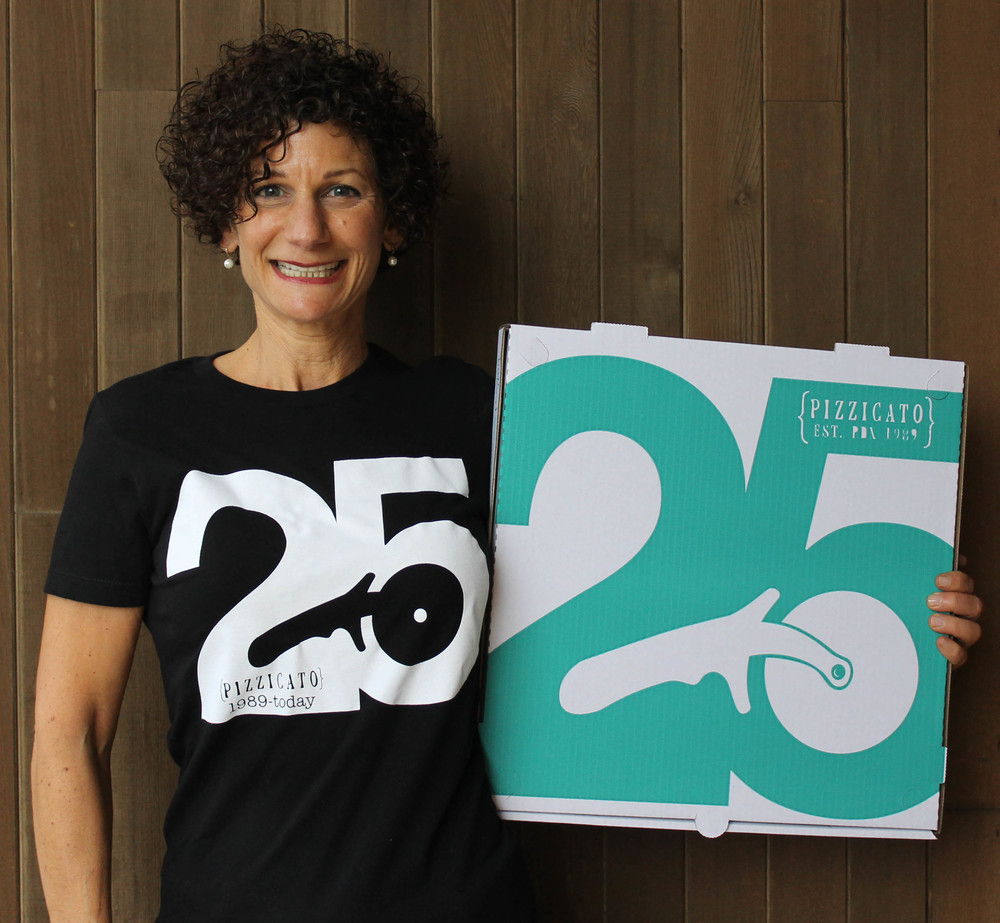