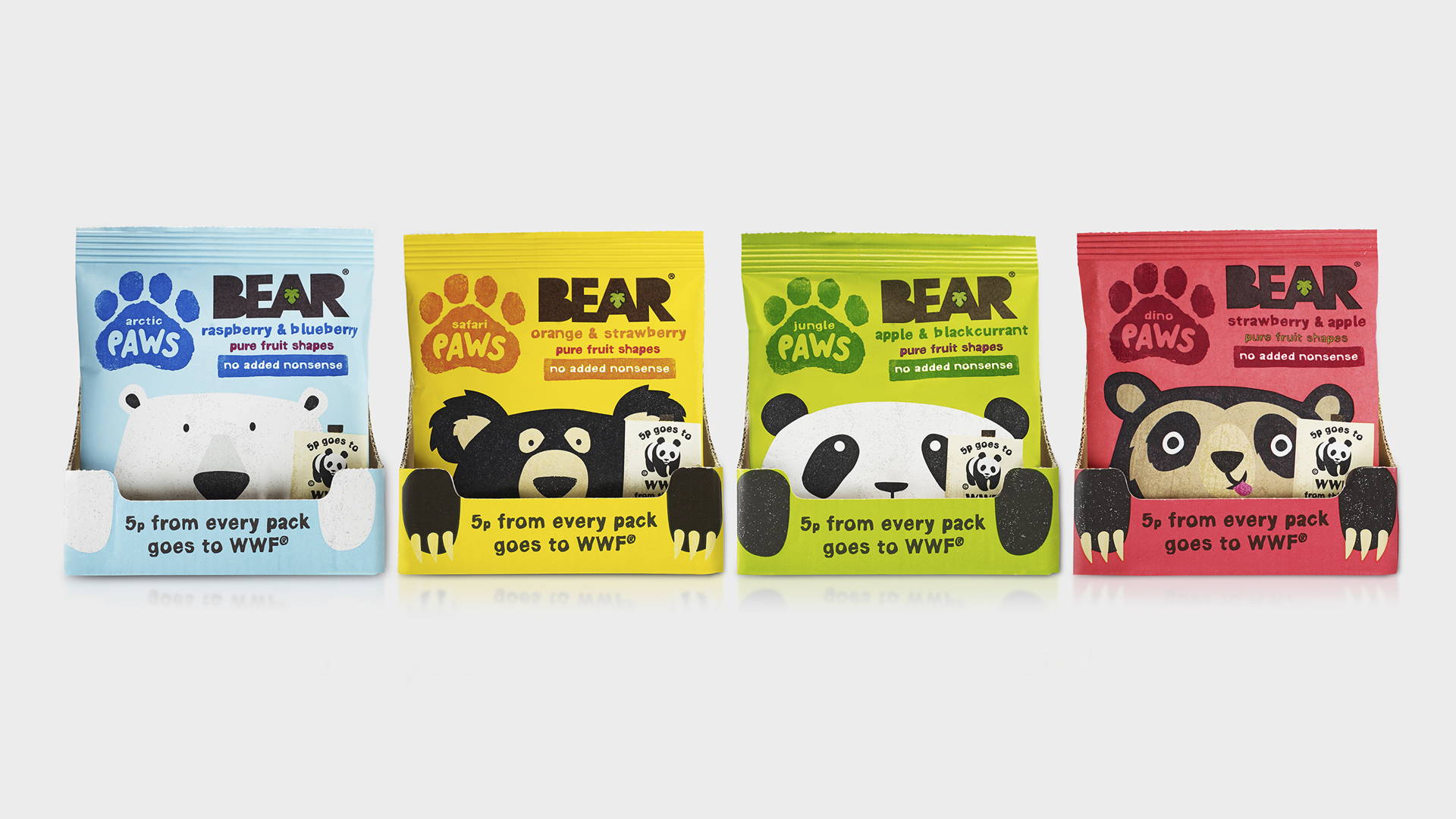 Created and designed by B&B design agency, Bear Paw is a limited edition fruit snack for kids. Not only does it celebrate Bear's 5th anniversary, but for every pack a consumer buys, a donation to the WWF - World Wild Life organization,  will be given to help endangered bears and other wild species from going extinct. 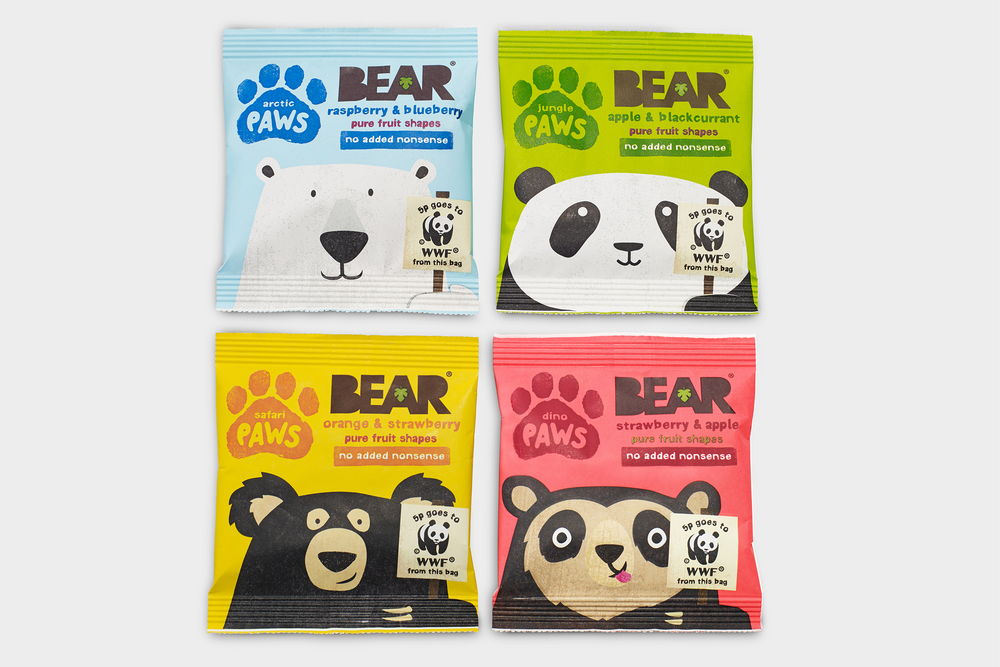 "Four new characters illustrate the packs – a spectacled bear, a polar bear, a sloth and a panda – all of whom are on the WWF’s vulnerable species list. In addition to creating new singles and multipacks, B&B has designed special SRPs for the range. A pair of paws printed on the front face creates the illusion that the bears are peeping over the edge of the box when it’s open, while a cleverly positioned hole lets the bears’ eyes peer out of the box when closed." 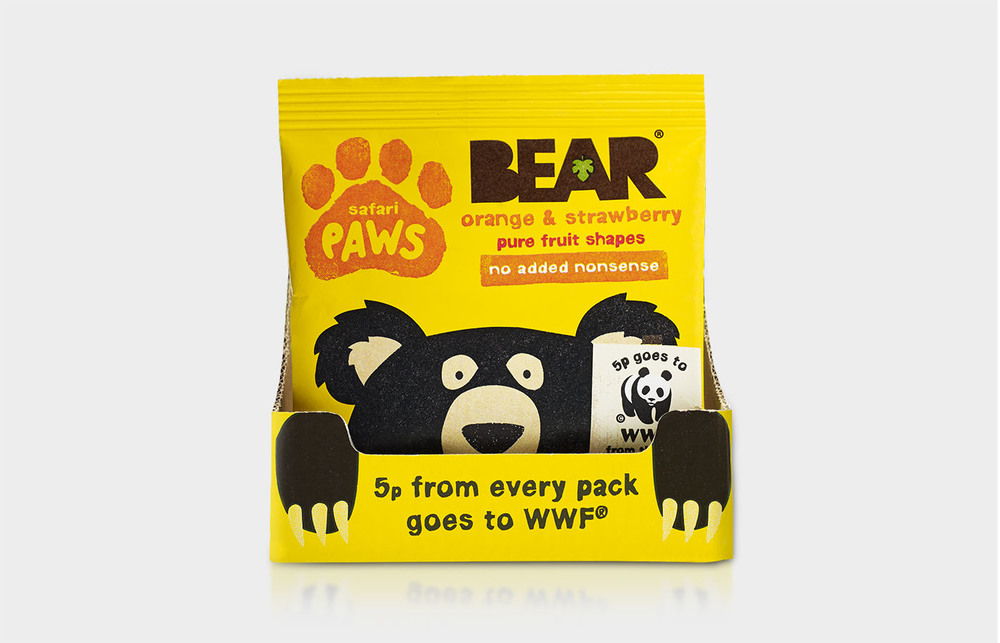 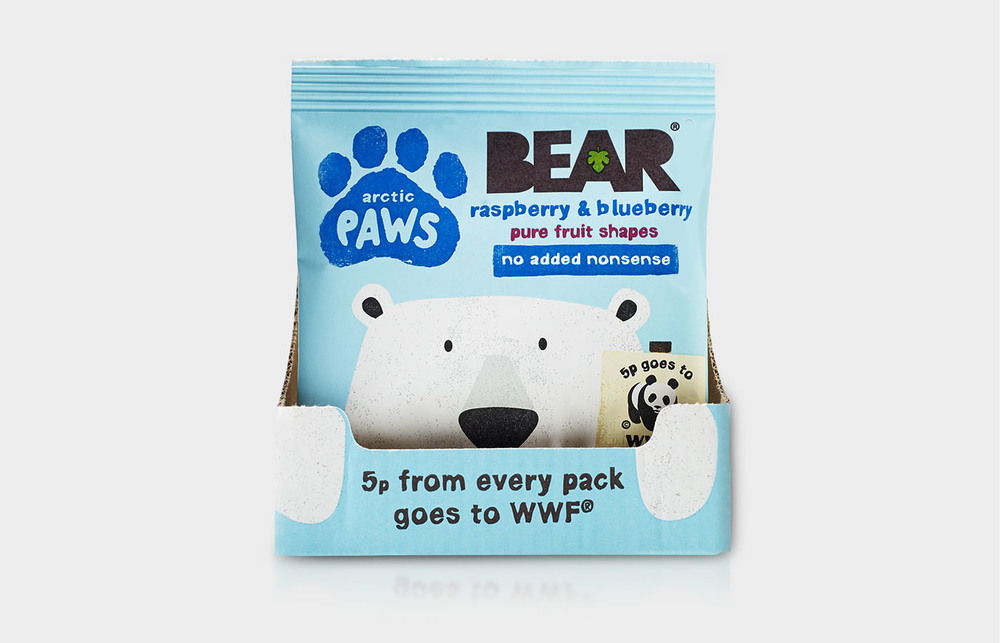 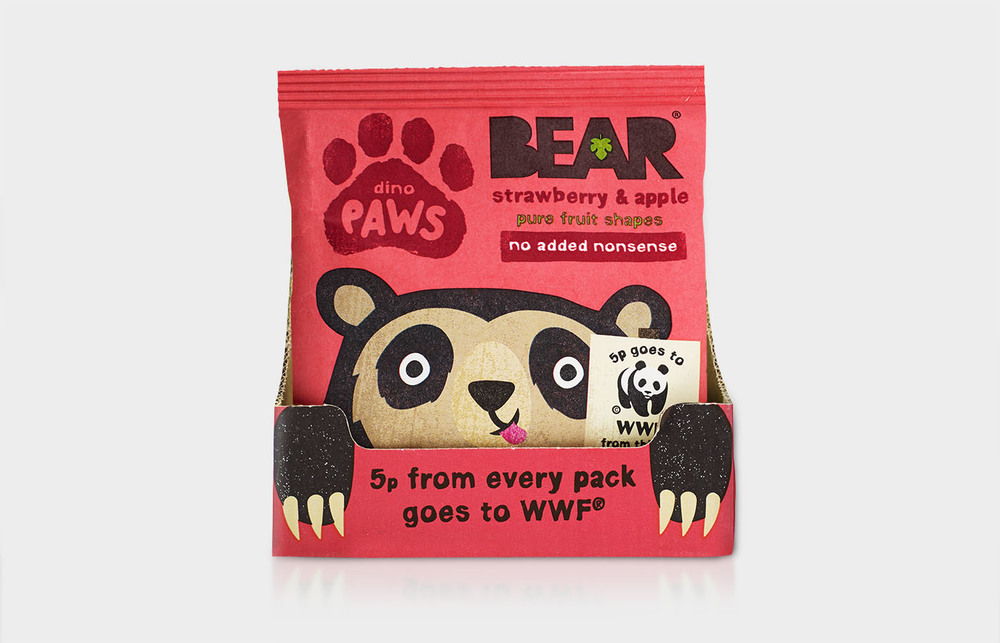 “We wanted to take a playful approach to a serious subject in keeping with the BEAR brand,” says B&B Creative Partner Shaun Bowen. 'The peeping eyes are a fun touch, but they also help express the vulnerability of some of the world’s most endangered species'." 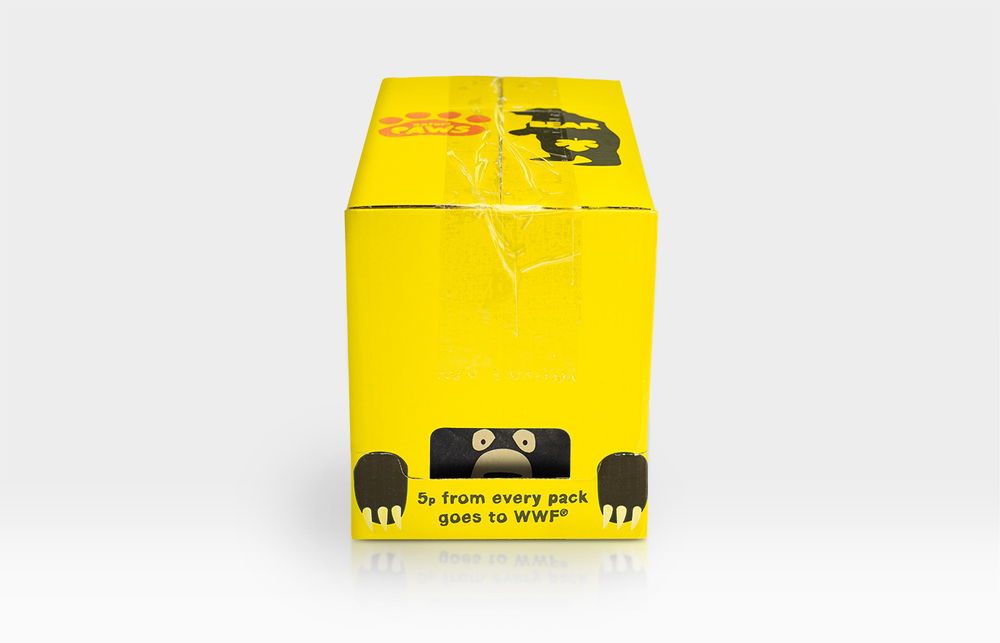 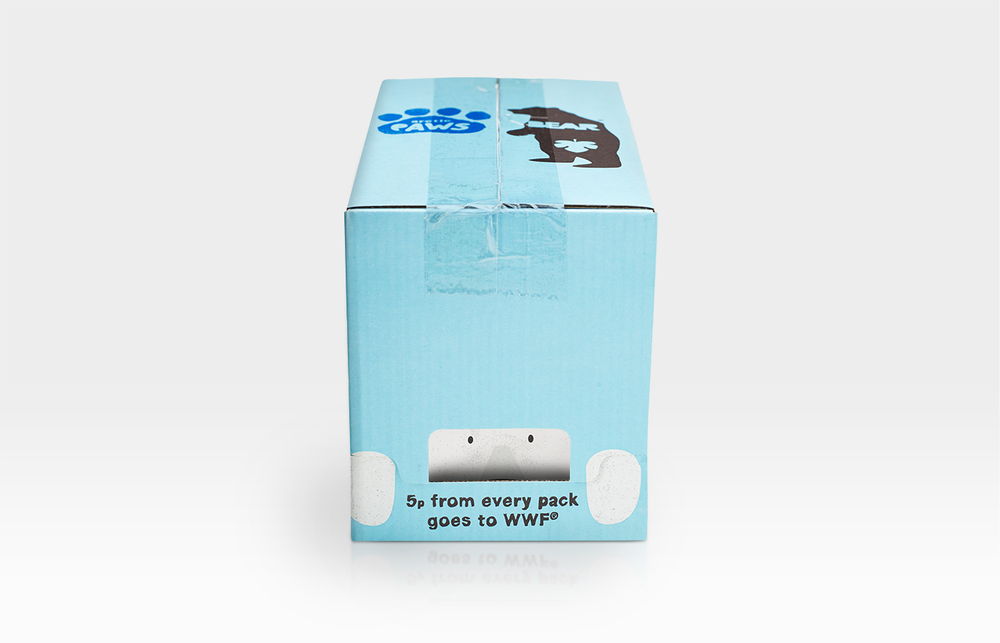 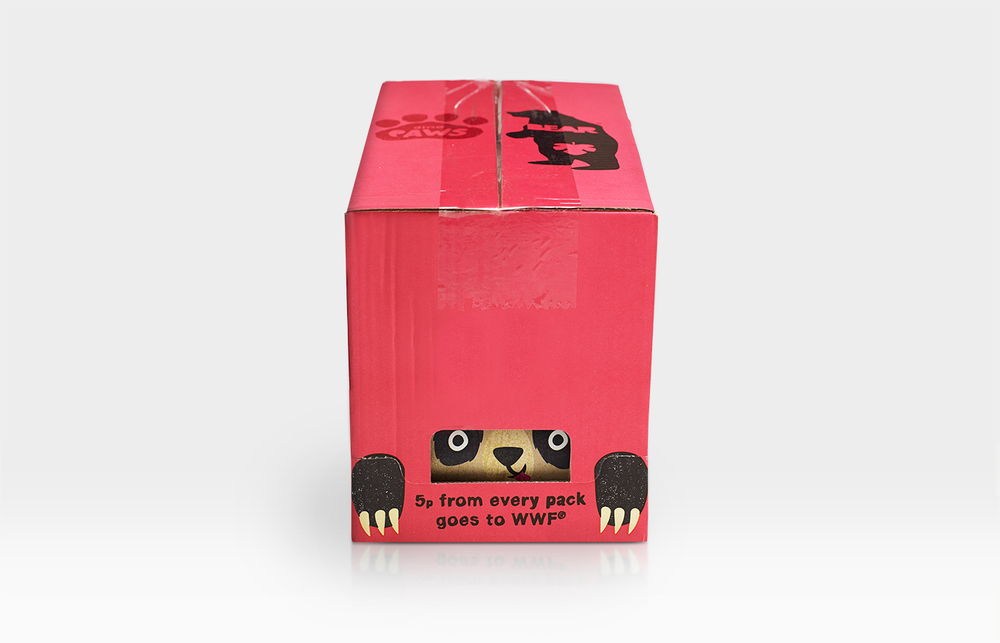