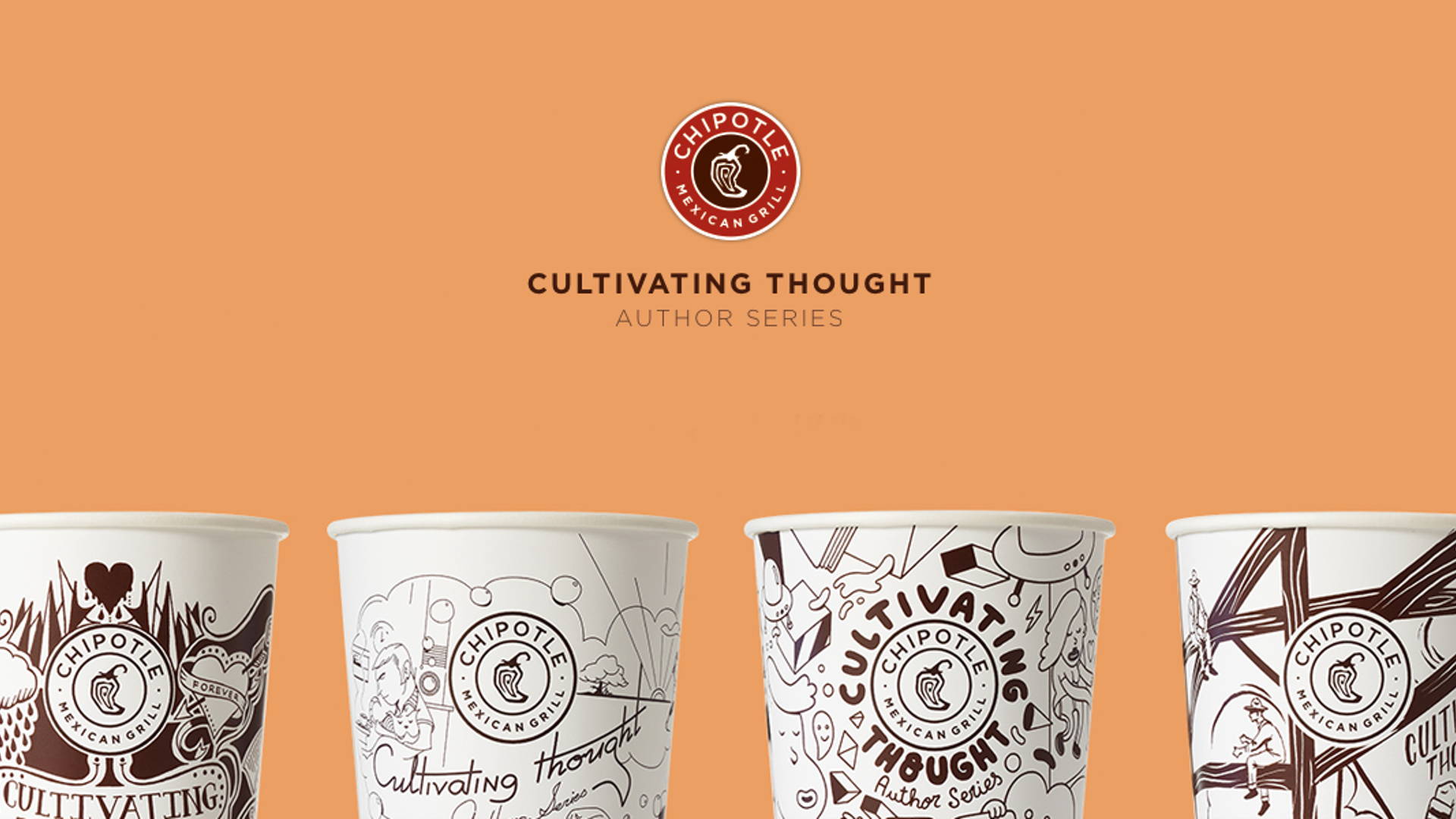 Chipotle has teamed up with a group of writers and illustrators to create a series of riveting short stories.

"OVER THE YEARS we’ve used our cups and bags as a means of sharing our sense of humor, thoughts, and ideas, in both word and design. The Cultivating Thought series continues this tradition, presenting the words and whimsy of thought-leaders, authors and comedians through unique, you’ll-only-find-them-here essays, each illustrated by a different artist. We’re hoping this will allow people to connect with the musings of these writers with whom they may or may not be familiar and create a moment of analog pause in a digital world, provoking introspection or inspiration, and maybe a little laughter." 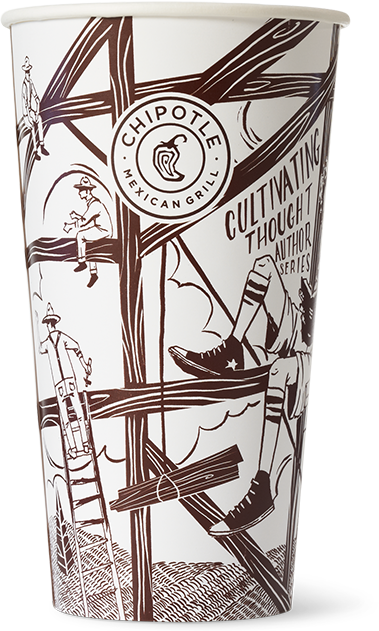 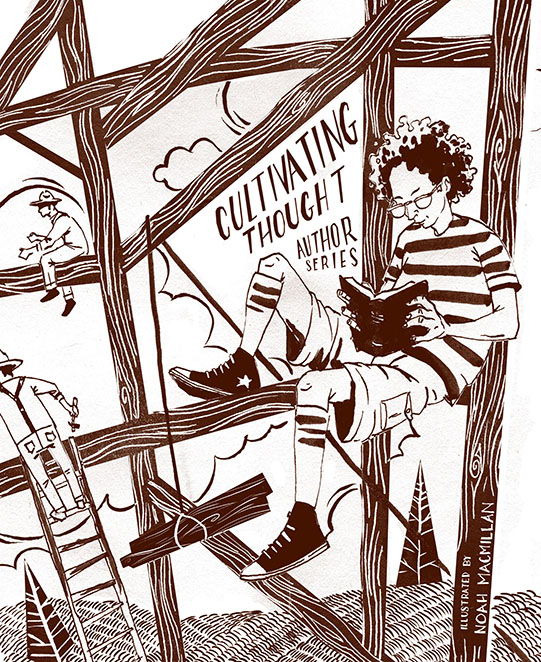 "I loved the idea of connecting to people in the real world. A story isn’t something that has to appear in a book, or on a screen. The goal of storytelling should be to make stories as ubiquitous as music has become. I used to always love when the subway in New York would put poems in the subway cars. This struck me as a similar kind of experiment." 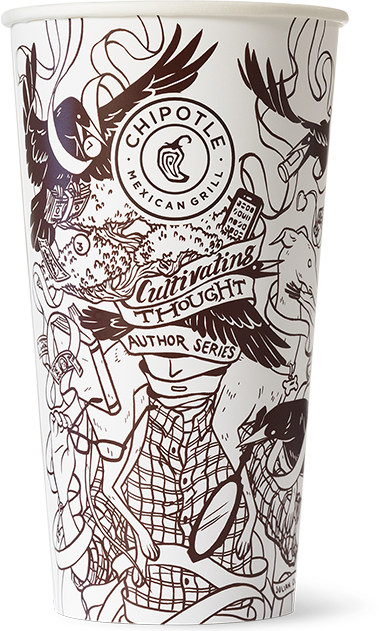 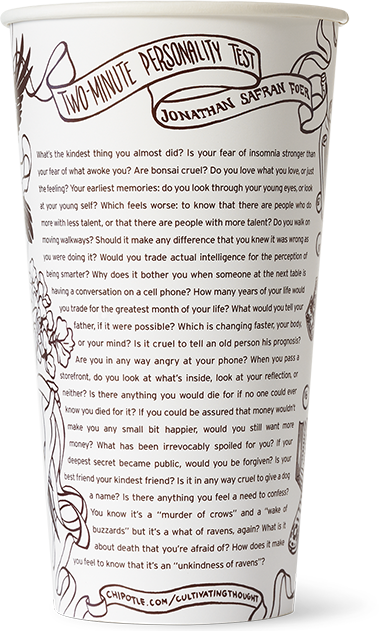 "We live in a world of fewer bookstores, and fewer libraries, and more and more junk asking for our attention. I couldn’t be happier to be a part of a program that brings thoughtful texts, for free, to people with a few minutes to sit and think." 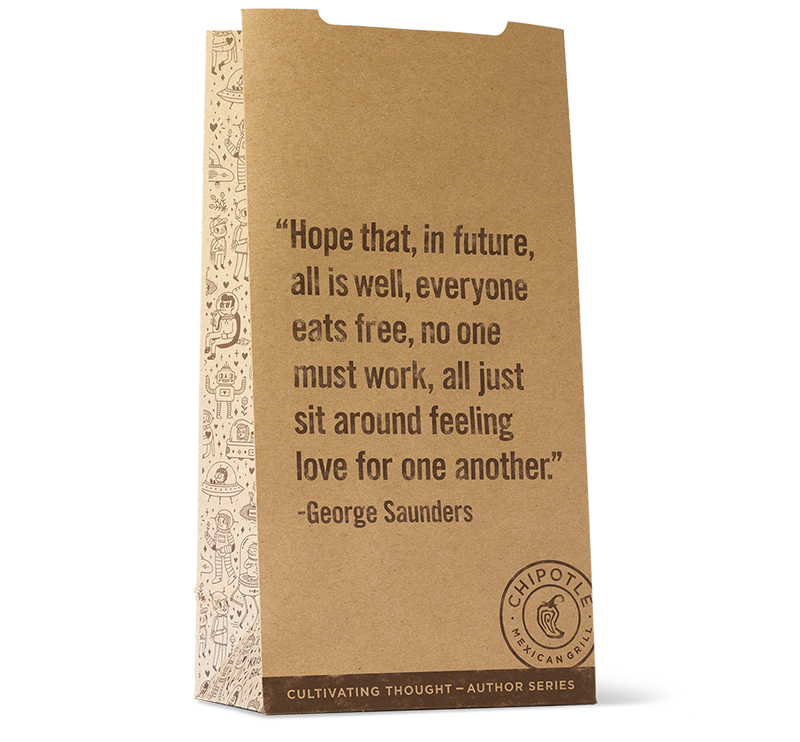 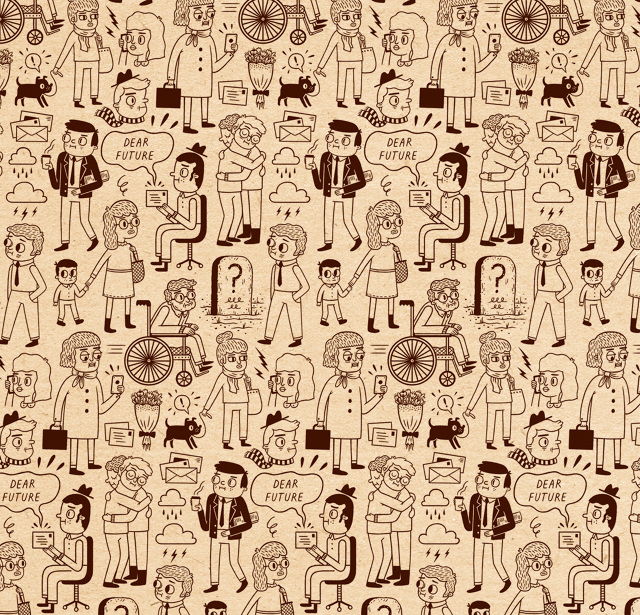 "Jonathan Safran Foer approached me about it, and I have so much respect for him, as a person and a writer. And I love the idea of putting something literary in a place we might not expect to find it. As someone who is always whining about the dumbing-down of American culture, I felt like this would be a nice way of stepping in and putting my….well, the metaphor breaks down. Putting my words where my mouth is? Hmm." 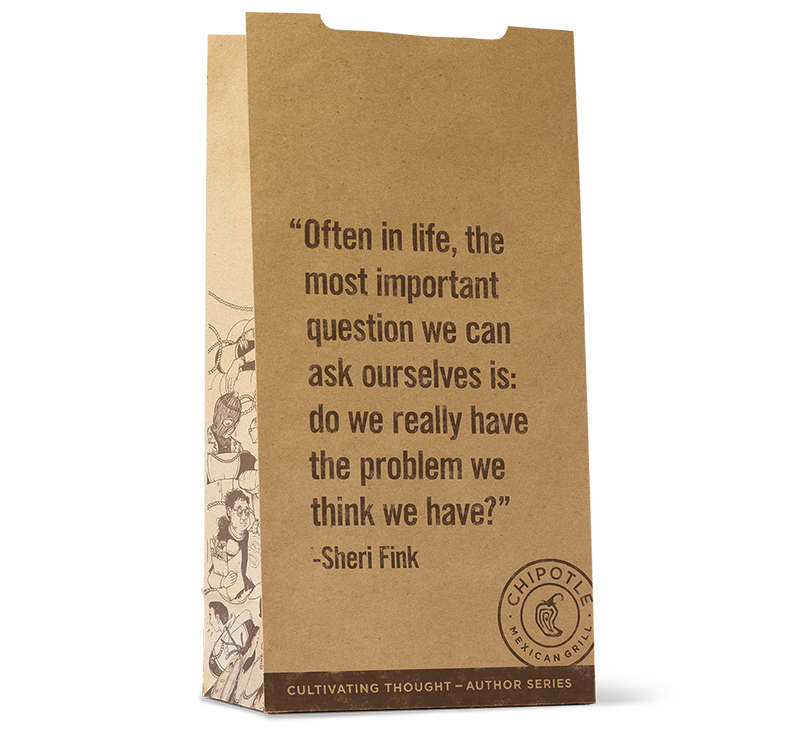 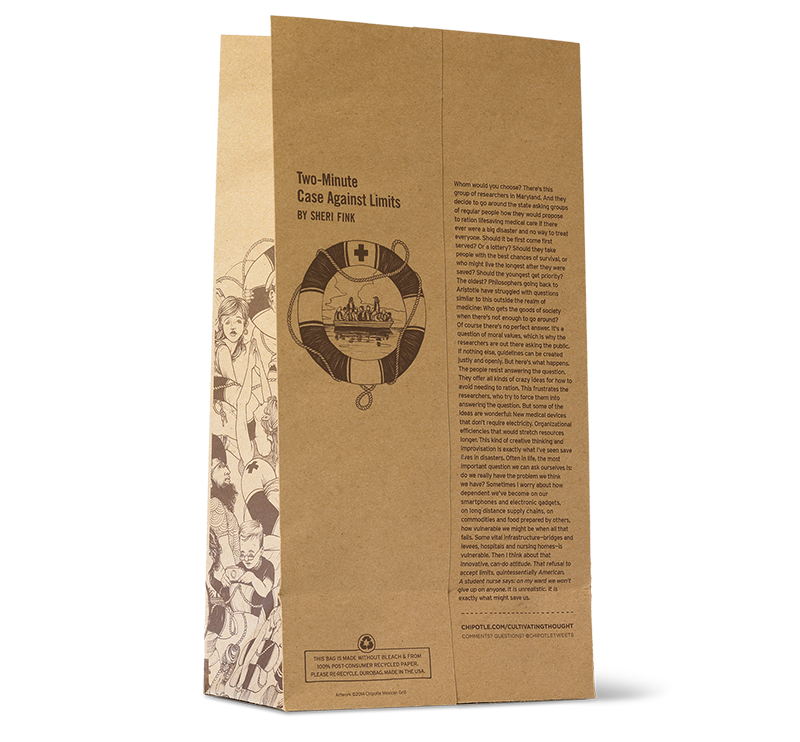 "What author can resist a captive audience? Reading a book is a big ask, but reading a cup is obviously a much smaller one. It’s a wonderful chance to share thoughts with people on a subject I care about."

Read more about this collaboration here