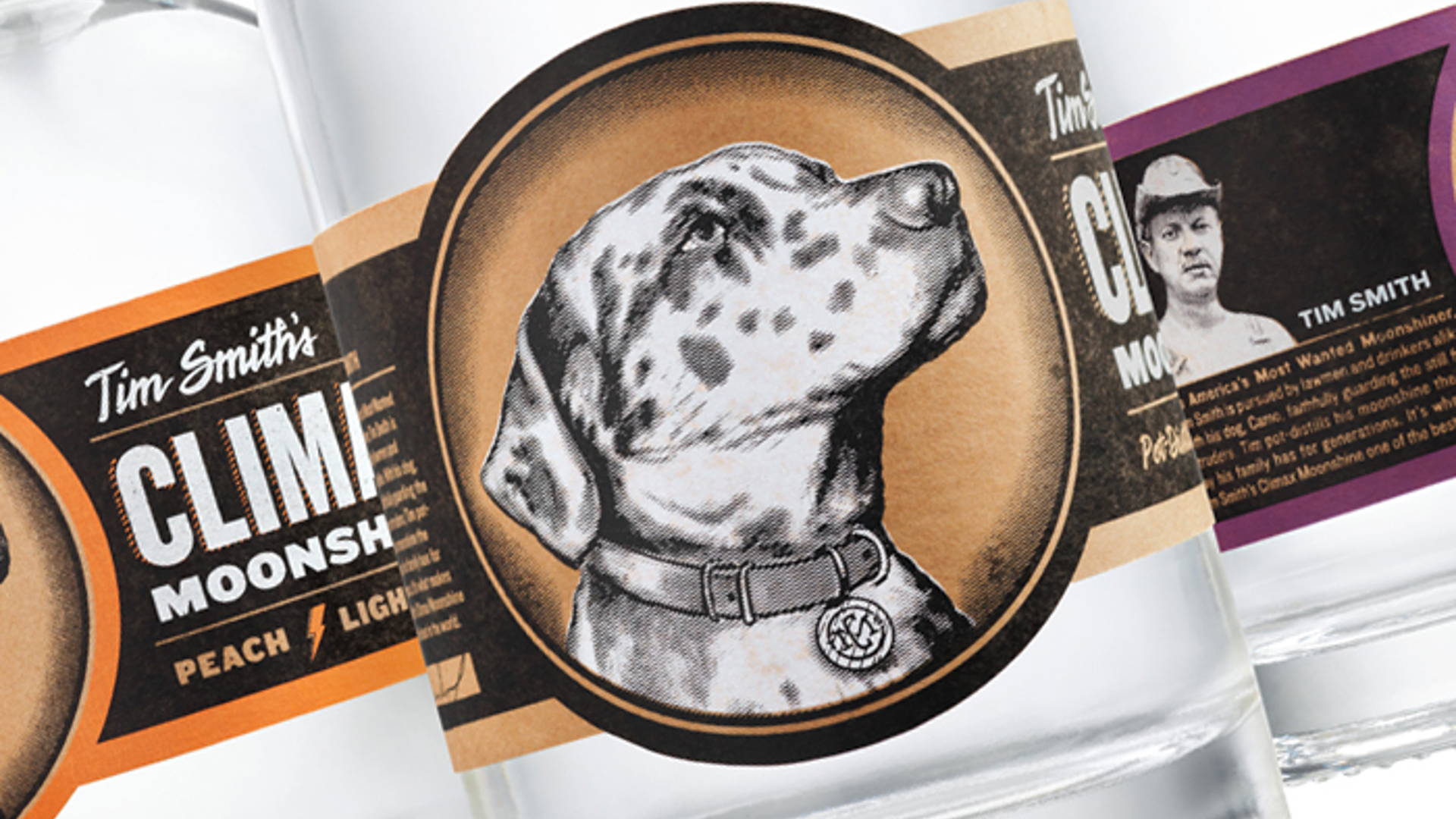 Tim Smith’s Climax Moonshine is now legit. As one of the stars of Discovery Channel show, “Moonshiners,” Smith has been making his illegal moonshine in the backwoods of Virginia (in a town called Climax). The brew is pot-distilled from an original family recipe using corn, rye and barley malt mash, resulting in a 90-proof spirit. Now Prost Beverage Co. has licensed the rights to develop a (legal) moonshine brand and New York-based Beardwood&Co, the brand and innovation firm, was tapped to help create the differentiated line of flavors that would have broad appeal to men and women, ages 21 – 45.

“Authenticity was at the core of everything we did for the brand. We began by making Camo, Tim’s real-life dog, the brand’s mascot. A fixture at Tim’s still in the backwoods of Climax, Camo guards against intruders and lawmen and is the symbol of true loyalty.”

Even though Tim’s moonshine is now legal, the recipe is the ‘real deal’ and faithful to the roots of his operation.

The label across the bottle prominently features an etching of Camo and, made of natural, kraft paper, is applied slightly askew, capturing the handcrafted process of moonshining, while the typography references historical “wanted” posters. Each cap features the Tim Smith Climax Moonshine monogram developed by Beardwood&Co.

“We also developed custom, panoramic illustrations for the inside of each label that reveal different scenes from Tim’s world and include Camo, showing her at work with Tim and his legendary moonshining operation."

A custom-perforated shipper box becomes a product showcase at retail. The sides of the shipper feature scenes from the inside label and serve to extend the story beyond the bottles.

“This was my chance to show the world how real moonshine should taste. The Beardwood&Co. team understands that Climax Moonshine needs to be true to who I am. The packaging shows what makes my Moonshine special – my history, my hometown, and my dog Camo."

Tim Smith’s Climax Moonshine is available in 3 flavors: Original (750-ml), Grape Lightning and Peach Lightning (375-ml). Originally launched in George and South Carolina, it is now being rolled out nationally. 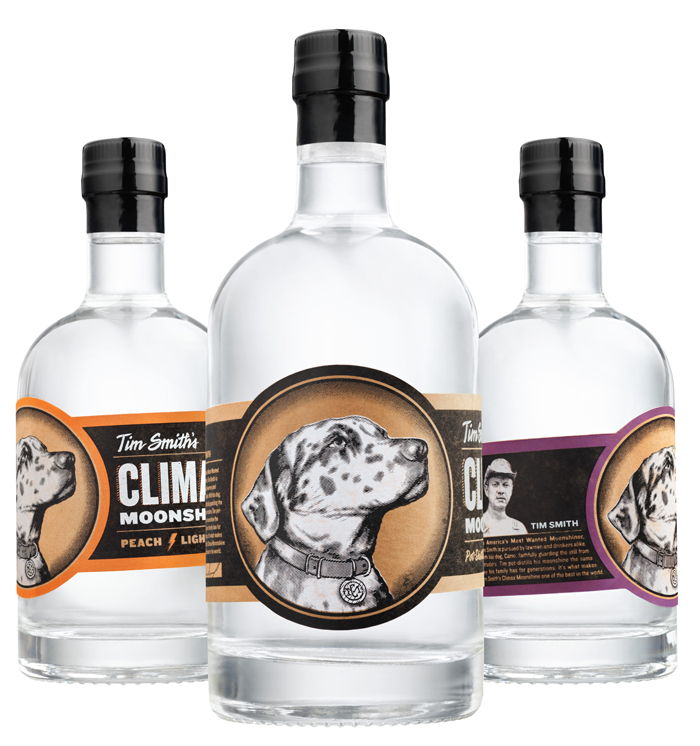 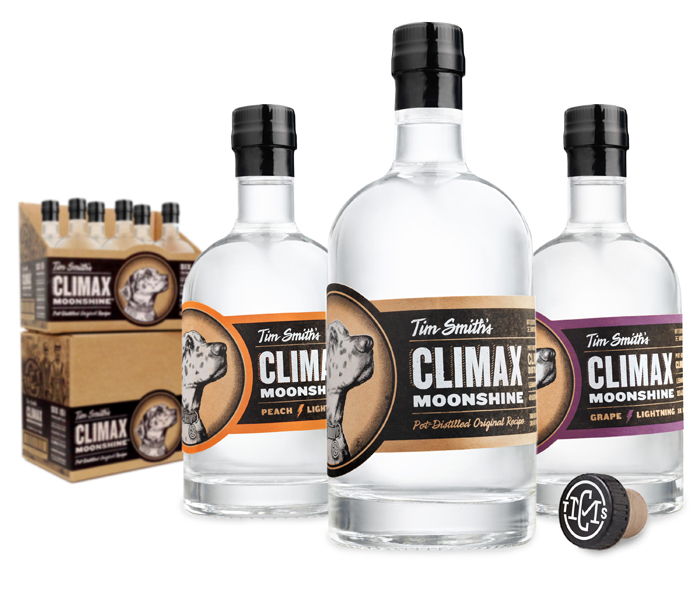 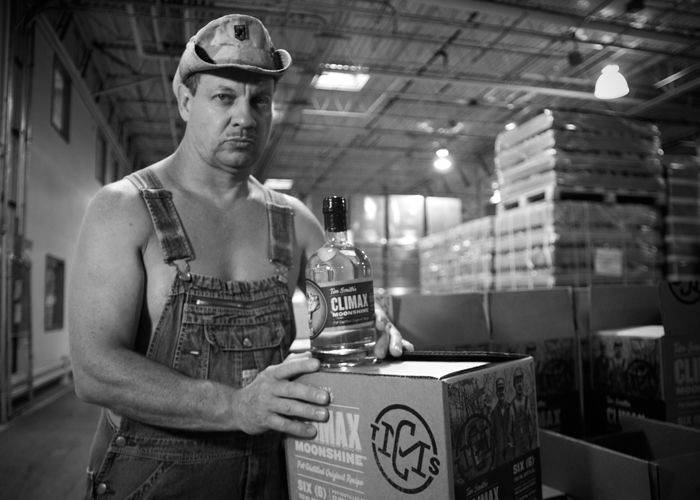