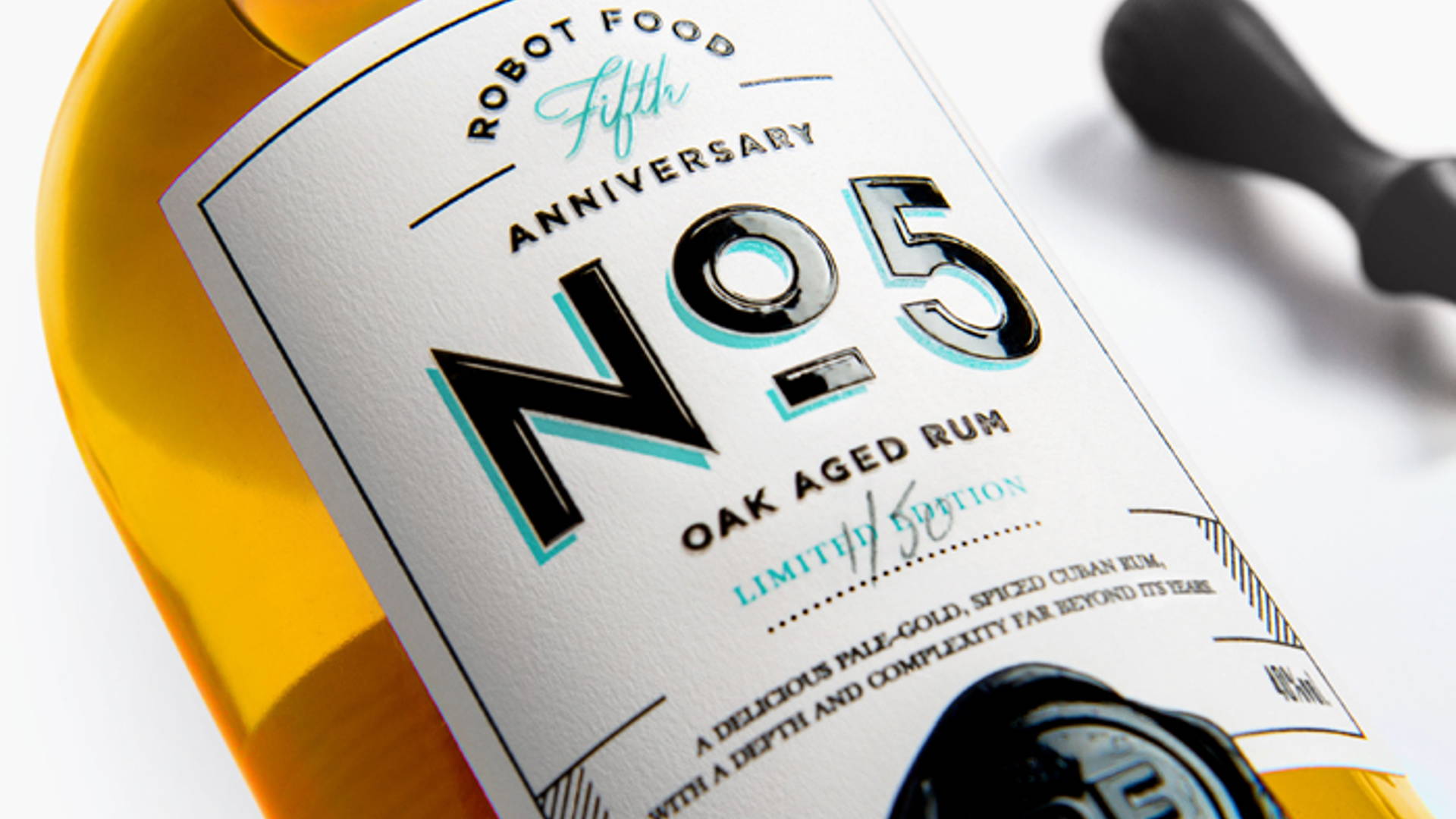 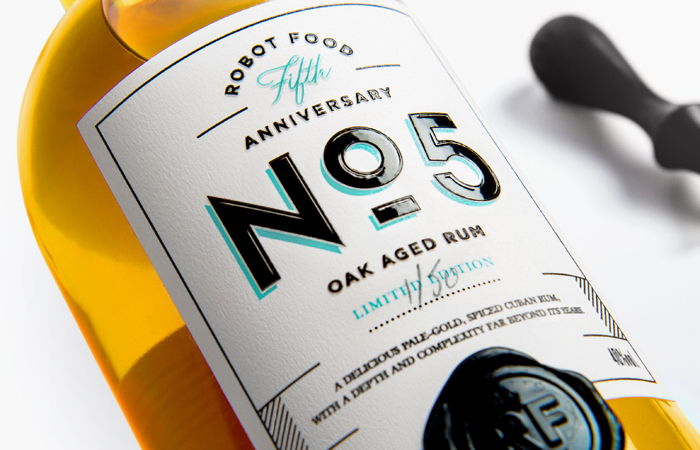 Robot Food arrived at the peak of the global recession. Five years later, they’re toasting success with their very own anniversary rum. Call it what you want – the Global Recession, the Economic Downturn, the Credit Crunch – five years ago, Robot Food were all up to their necks in it. But it wasn’t all bad. January 1 2009 was the time Robot Food made their entrance.

“Even though creative agencies were disappearing all over the globe, we knew it was the right time to set up. Shrinking budgets meant more scrutiny on the quality of output, which opened the playing field to a streamlined, hands-on team willing to work hard and push creative boundaries. To paraphrase John Galliano, it was a credit crunch not a creative crunch.”

To celebrate these five fantastic years, the agency has had special, limited edition rum bottled, with a label that speaks of ‘a depth and complexity far beyond its years.' Each bottle has been hand numbered and finished with a branded wax seal. Why rum?

“Rum fuelled many an evening’s conversation as we were setting the business up, so it felt apt. To mark the occasion, we chose a very special pale gold sipping rum."

Something to savour then, just like the past five years. 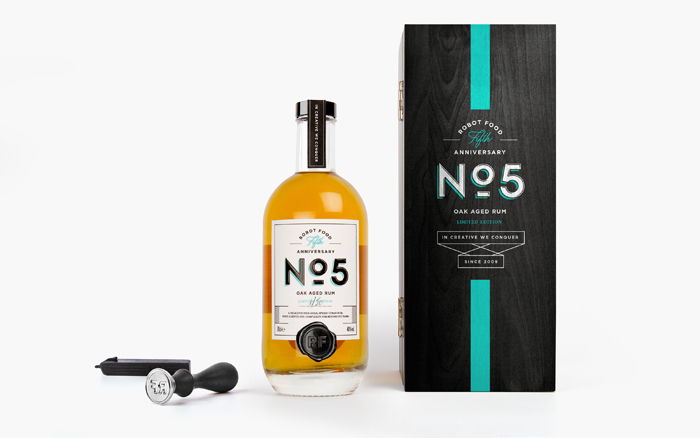 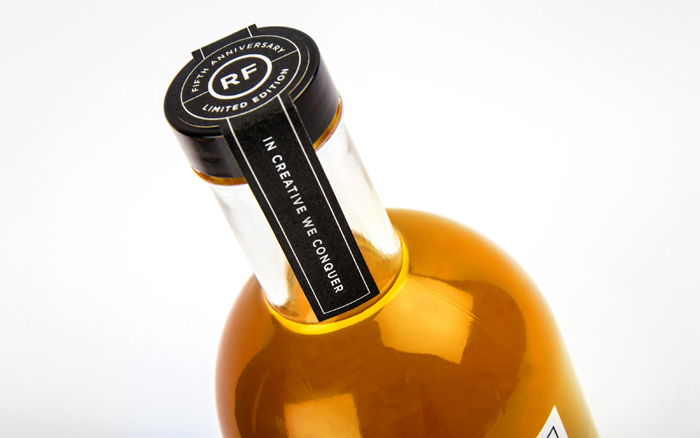 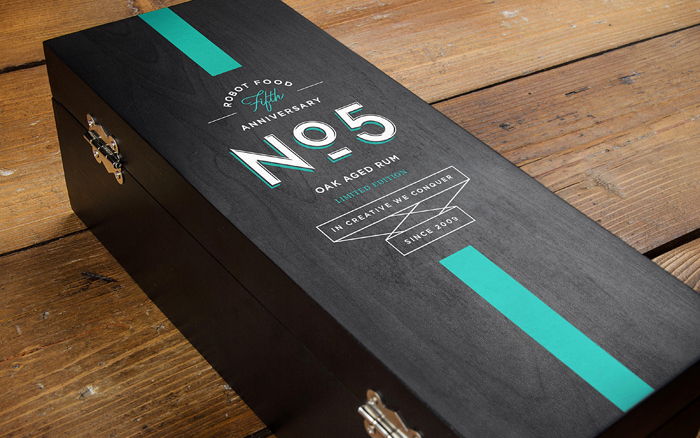 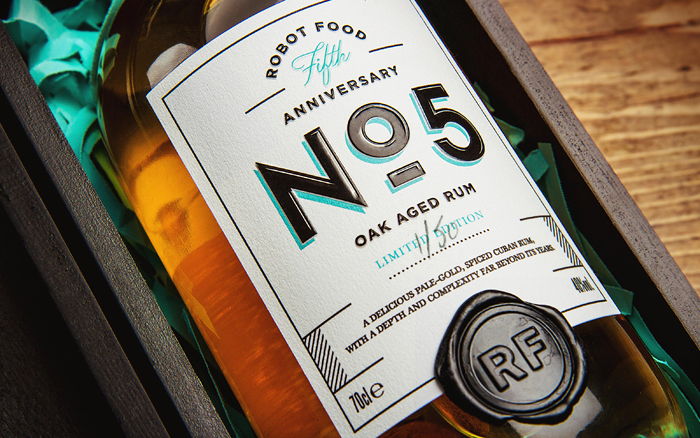 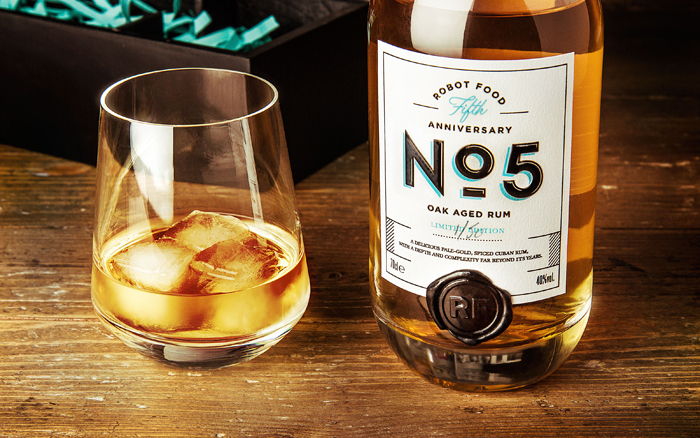 The Brownie and Madam Optical Company