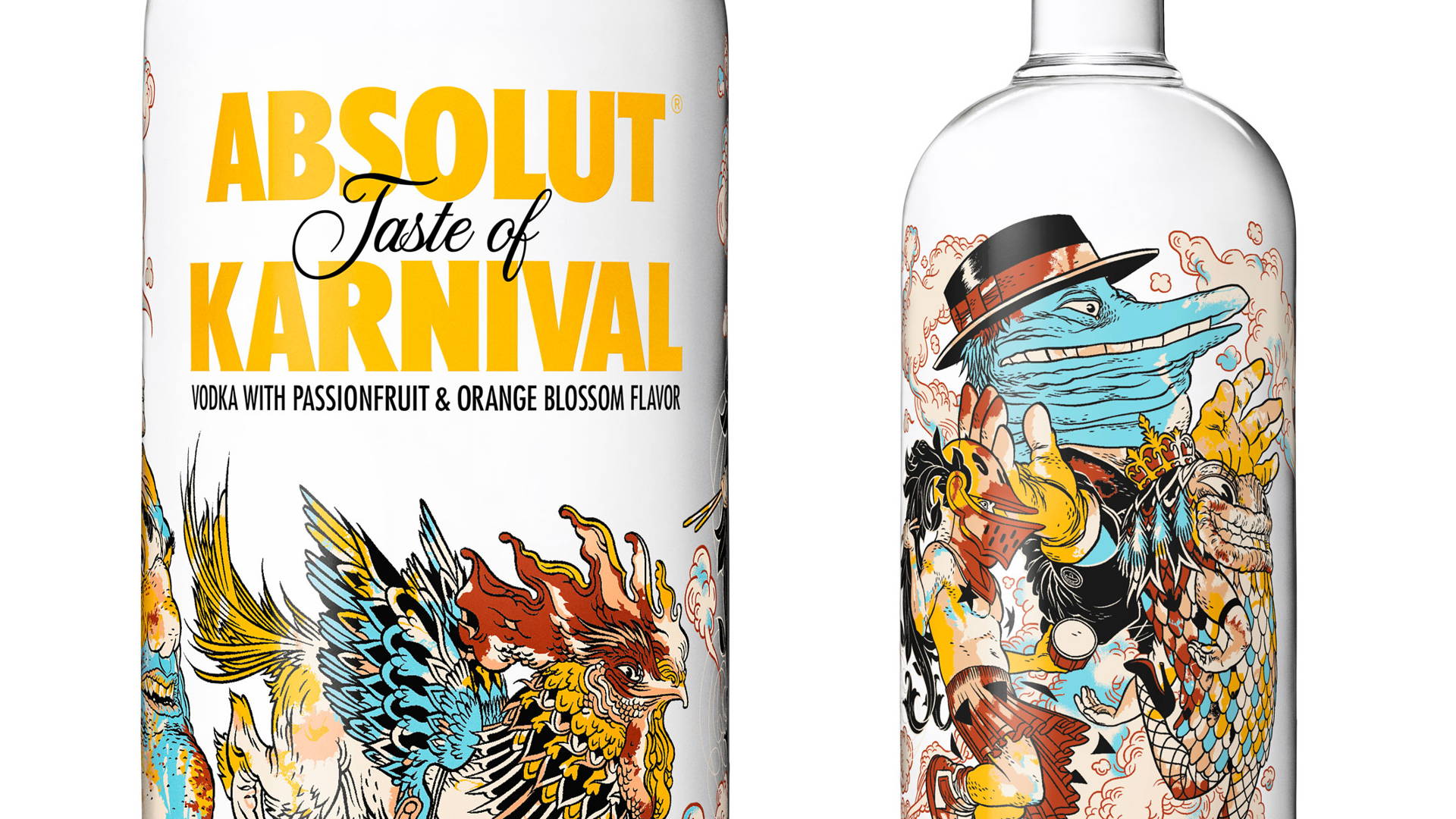 “Absolut, like the Carnival festival itself, recognizes that we all have the power to create our own future. We are free, there are no rules, and the possibilities for transformation are infinite. The bottle design had to evoke this special Carnival feeling. So we approached one of our collaborating Transform Today artists, Rafael Grampá. His work is disruptive, lively and authentic. Not only that, he’s a native of Brazil and has experienced the transformative potential of Carnival first-hand his entire life.” – Franz Drack, Global Marketing Director, Absolut

The design of the bottle incorporates flamboyant and whimsical characters, which are an essential part of any carnival procession. In its both vibrant and disruptive design, Rafael Grampá pictured five surreal figures that potentially can be spotted at a carnival show—a young man wearing the head of an old person, a dancing fish wearing high heels and a crown, an alligator wearing a boater, a “taboo-fighting” young guy in a skirt, sneakers and a knight helm, and also a dog with a rooster’s head and tail.

“When Absolut asked me to collaborate on Absolut Karnival, I saw it as an opportunity to express my love of a festival that lets everyone be free and equal. In Carnival, everyone celebrates together. There is a beautiful, unique and uncontrollable feeling that our differences can be put behind us. We become aware of our own power to change ourselves and the world. To evoke something of that in the bottle design, I knew it had to be colorful and cheerful. In the Carnival parade, normal people transform themselves into extraordinary things. I decided to try to represent that sense of transformation by putting the Carnival parade right onto the bottle."

Absolut Karnival will be launched and activated at local carnivals in January and February of 2014.

Designed by Absolut in collaboration with Rafael Grampá 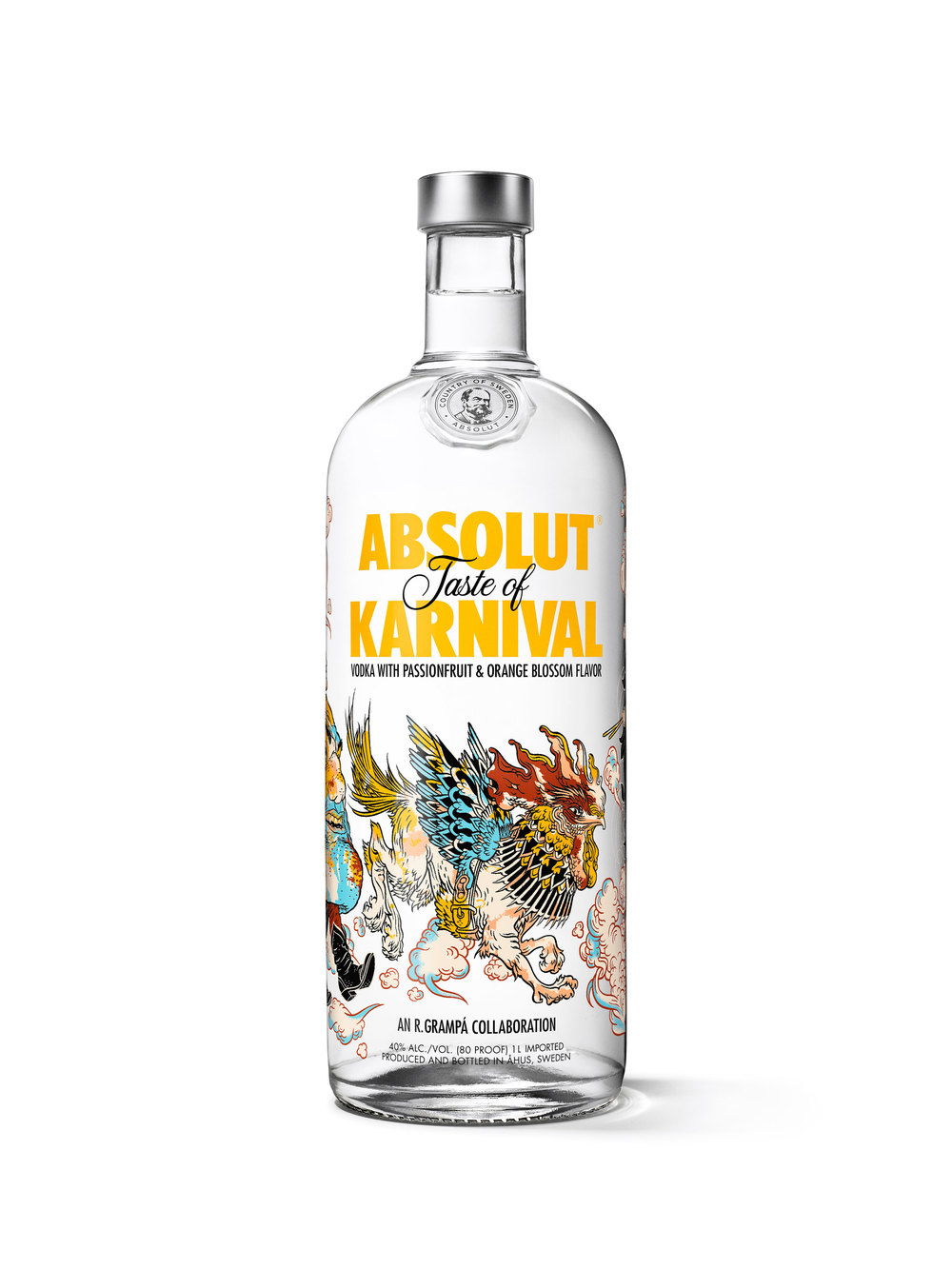 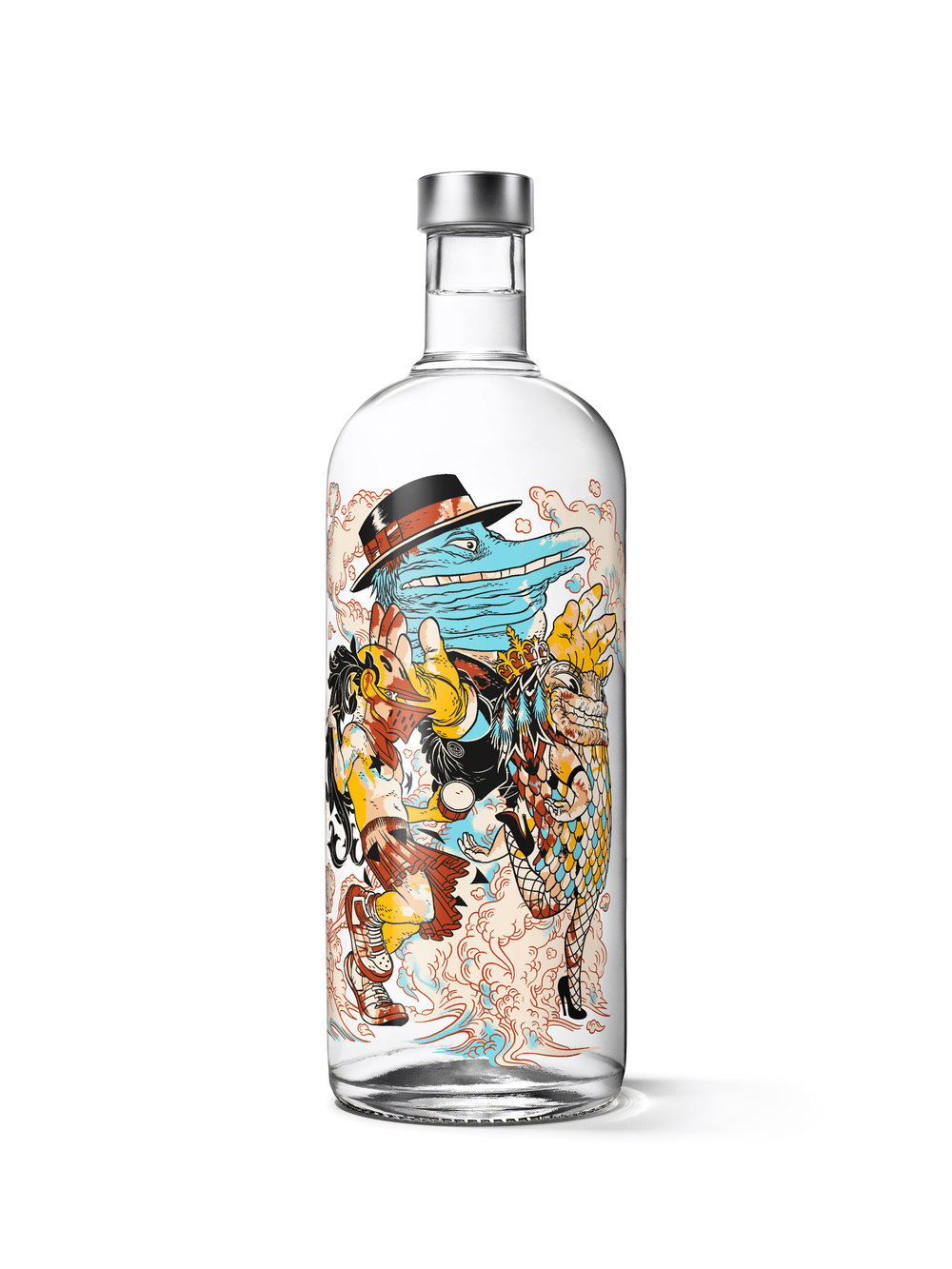 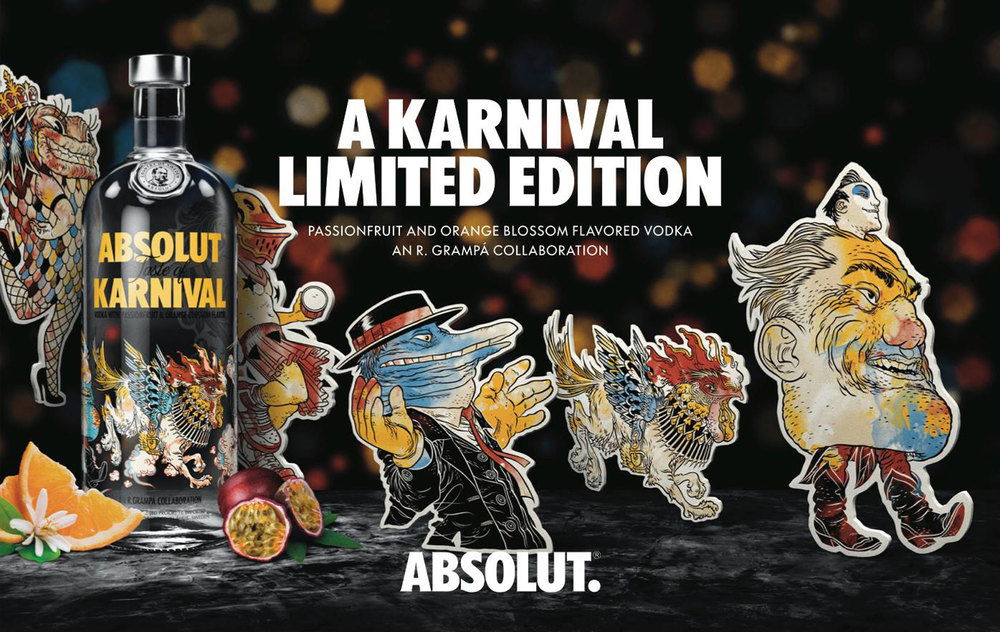