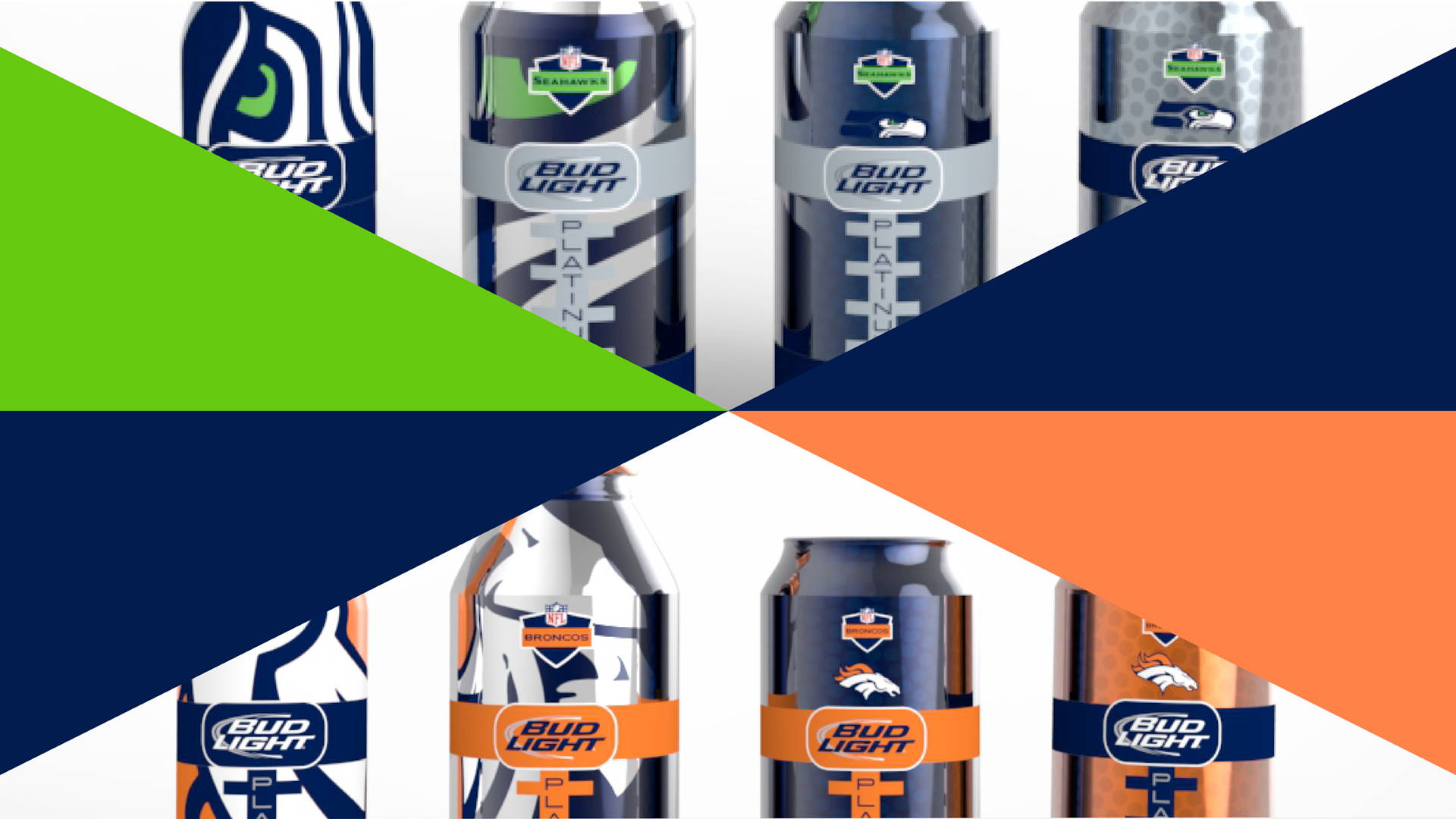 What if your beer could interact with an NFL football game? Making for an experience that makes drinking more fun; as well as connecting you more to the game and the people you are watching it with. Bud Light Platinum Game Play is a brand of beer that not only celebrates the NFL but helps you get more into the game. The graphics and colors of each specific line of cans are centered around the team, drawing in the huge market of NFL fans. 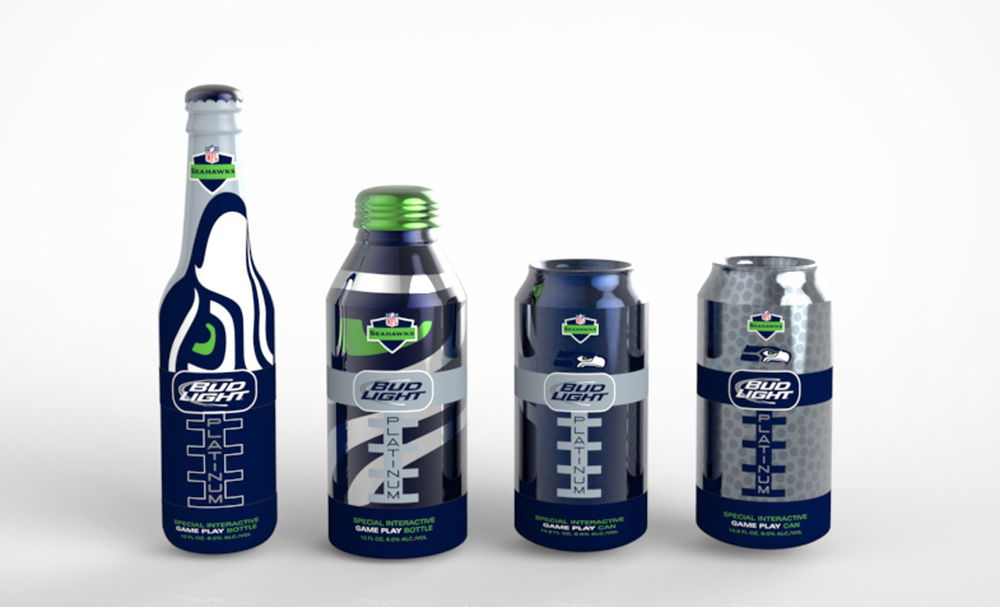 "Designing the graphics for this project was only half the battle, I also focused on finding different ways that the bottle could interact with the game.

Game Play makes drinking beer an experience that connects you more to the game and the people you are watching with.

A small Bluetooth LE chip in the lid allows for the bottle to be connected and interact with the consumer’s smart phone when it is within a three yard radius.  Bottles can be connected to  NFL.com,  fantasy football,  facebook,  NFL redzone,  their specific team news and more. The consumer chooses which notifications they want to get and the bottle glows as they are received. A user profile on the BL Platinum Game Play app allows for the consumer to easily save and change notification settings as they enjoy each new beer. (The chip is at the bottom for the aluminum cans.)

Thermochromic ink causes the graphics to change color when the beer is at the optimum temperature for drinking,  below 46º Fahrenheit  or 8º Celsius.

Electroluminescent ink,  along with a small battery at the bottom of the can or bottle,  causes graphics to light up as they are triggered by the bluetooth technology. Each bottle can allow for 30 minutes of illumination,  more than adequate for single beer."

"In conclusion, teaming up the NFL and Anheuser -Busch in this way makes for a dynamic duo. There are millions of NFL fans that would be attracted to a bottle that encompasses their team’s identity. There are many ways that a specialty interactive beer bottle can enhance watching football. Making it more dynamic, connected, fun and social." 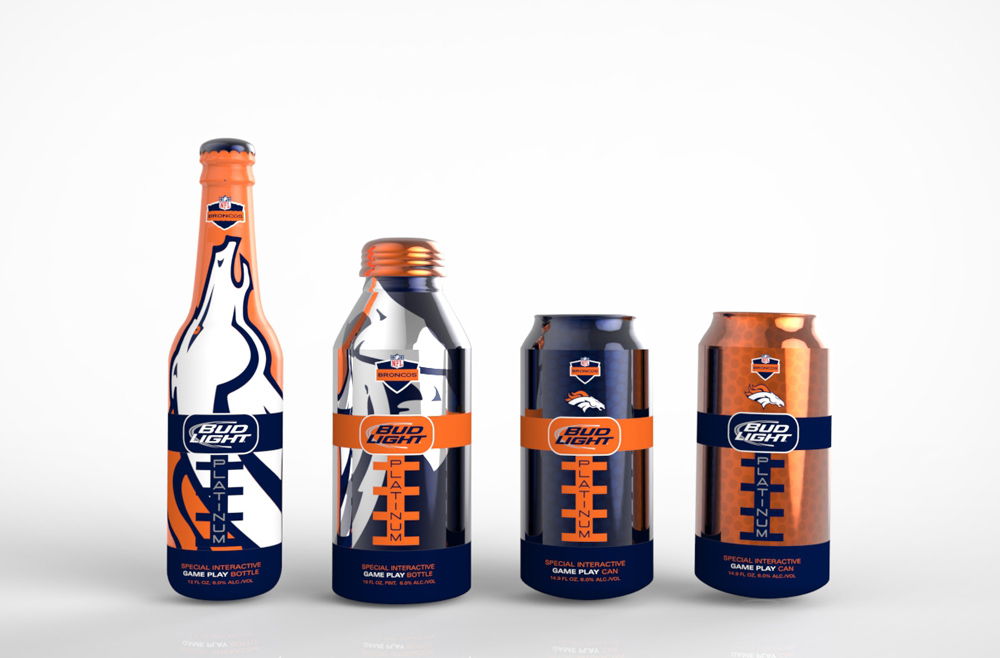 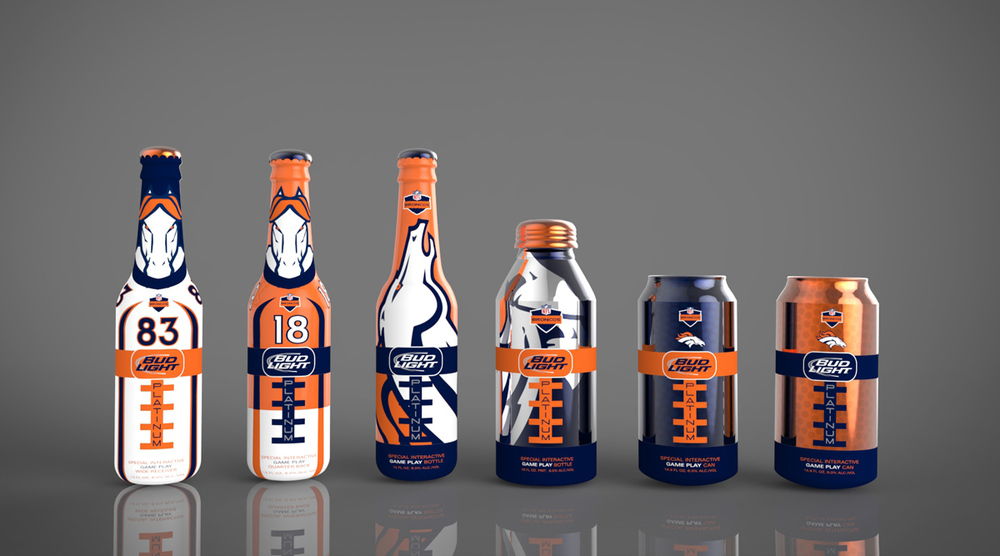 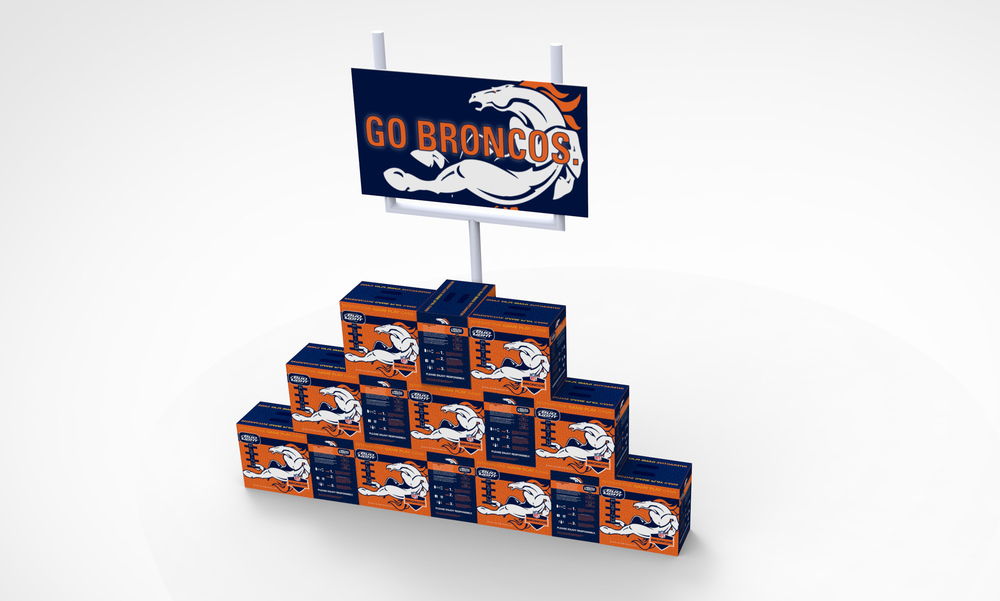 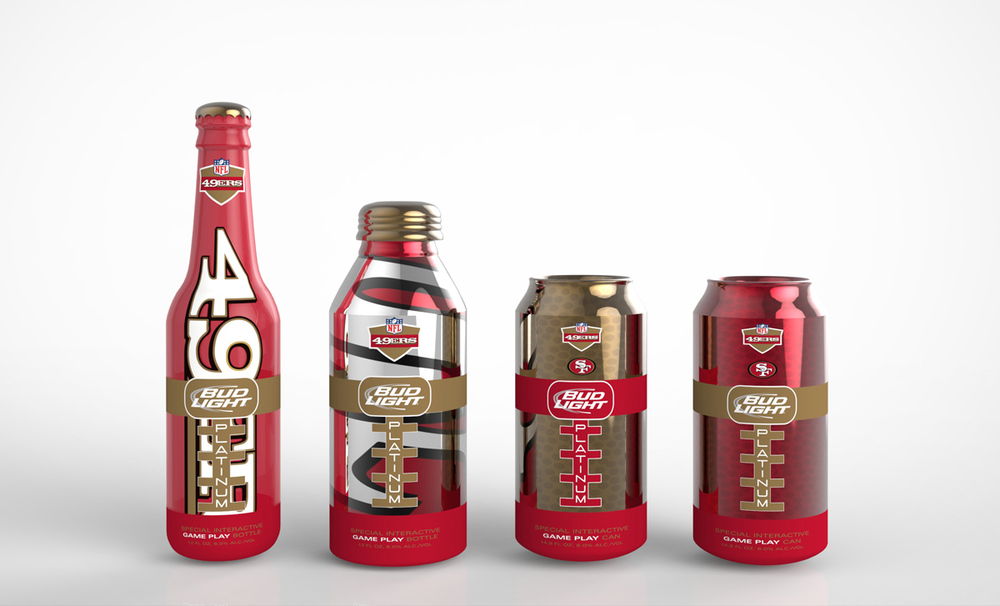 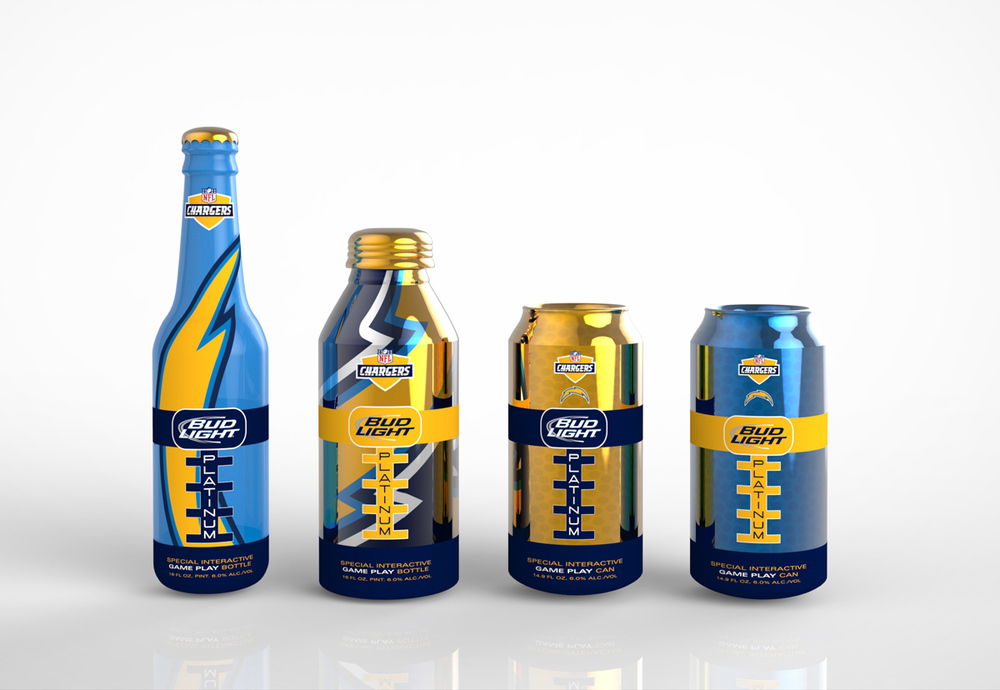 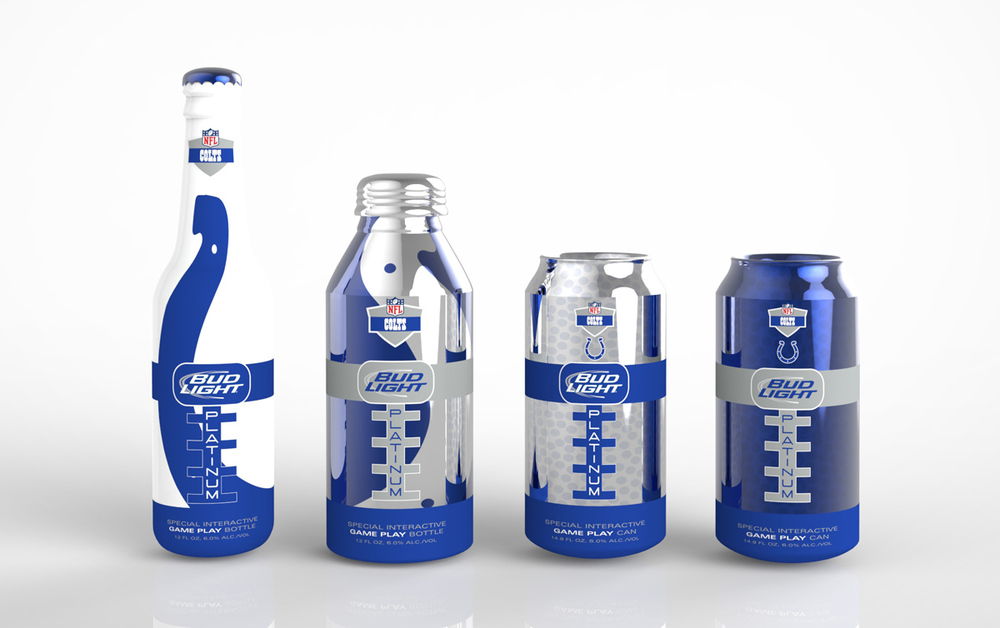 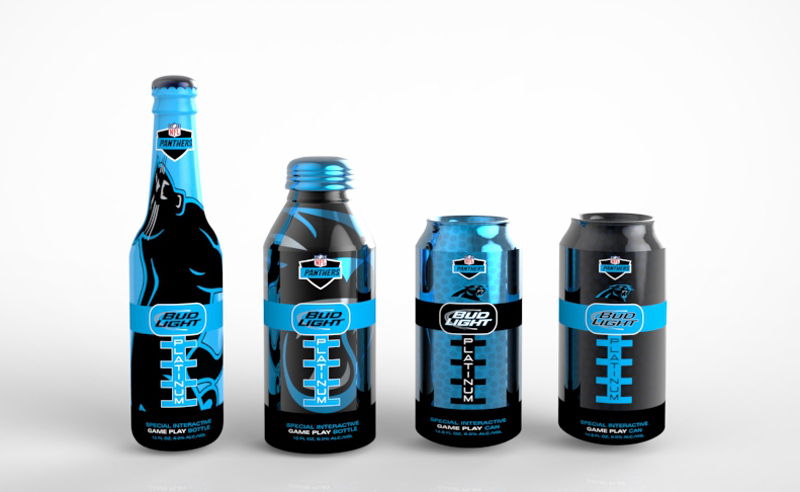 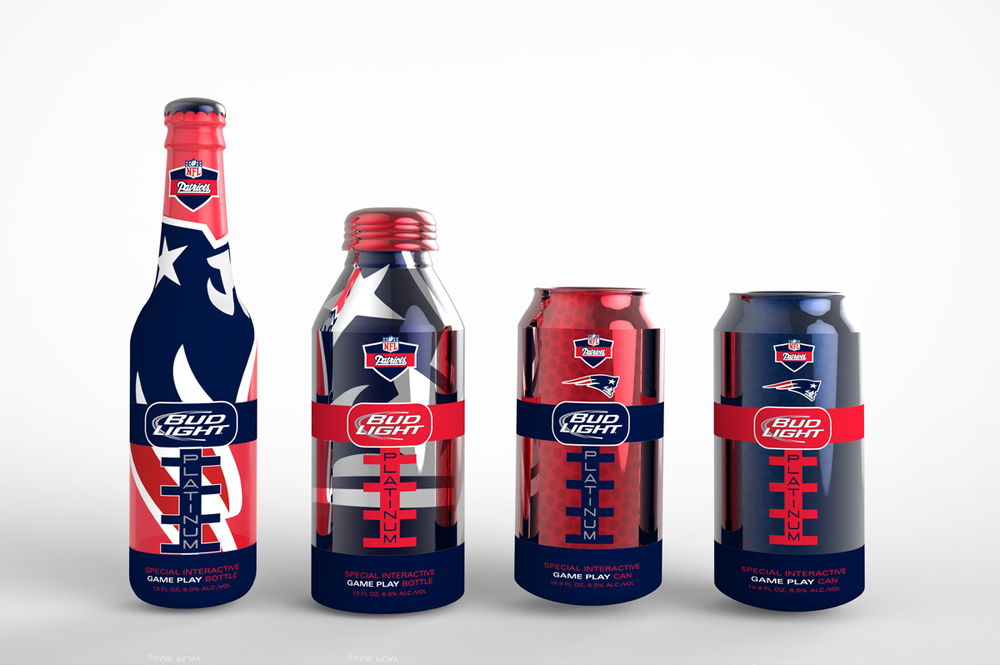 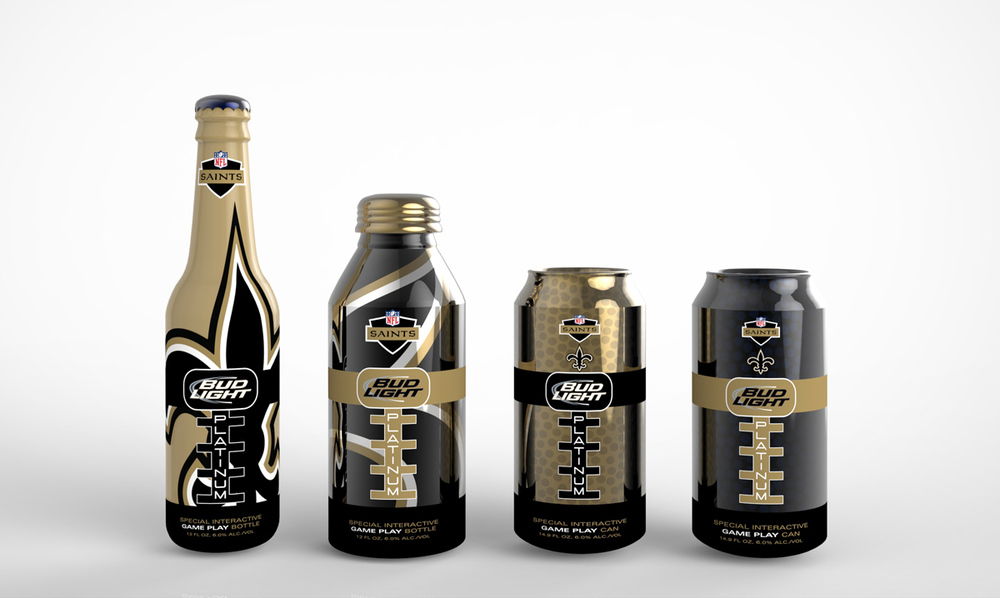