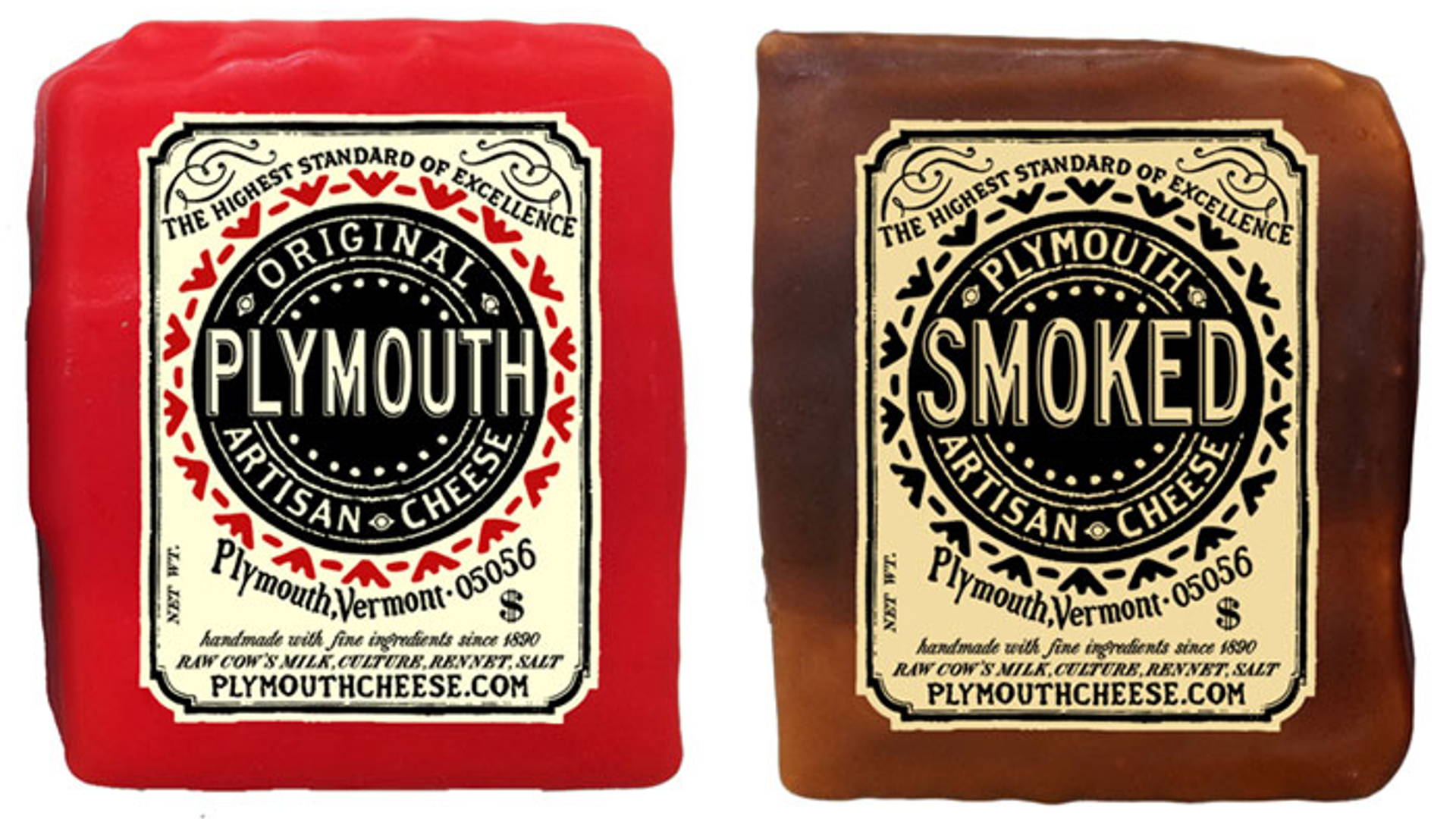 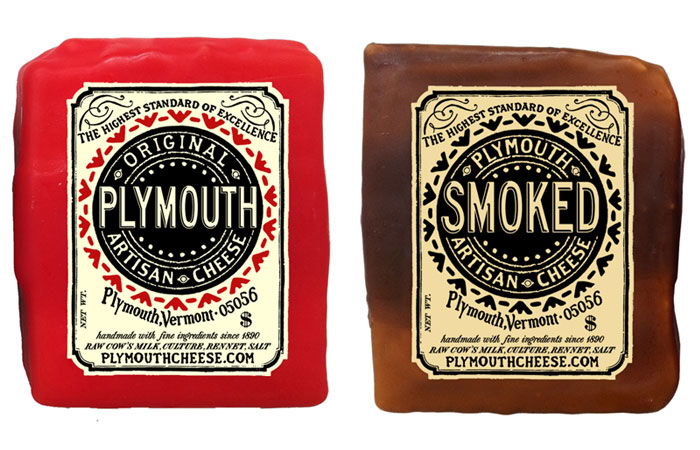 Plymouth Cheese's story and design inspiration is filled with history - from the building they are located in to the recipe that started it all. "Plymouth Cheese is made in the tiny town of Plymouth, Vermont, in a cheese factory that was built by Calvin Coolidge's father, John Coolidge, a dairy farmer, in 1890.

In 2009, Jesse Werner took over operations at the cheese factory, and revived Coolidge's original recipe as well as the original way he packaged the cheese, hand dipped in wax. Werner works with Empress Branding to create vintage inspired labels for these waxed blocks, which now are available in more than seven different varieties." 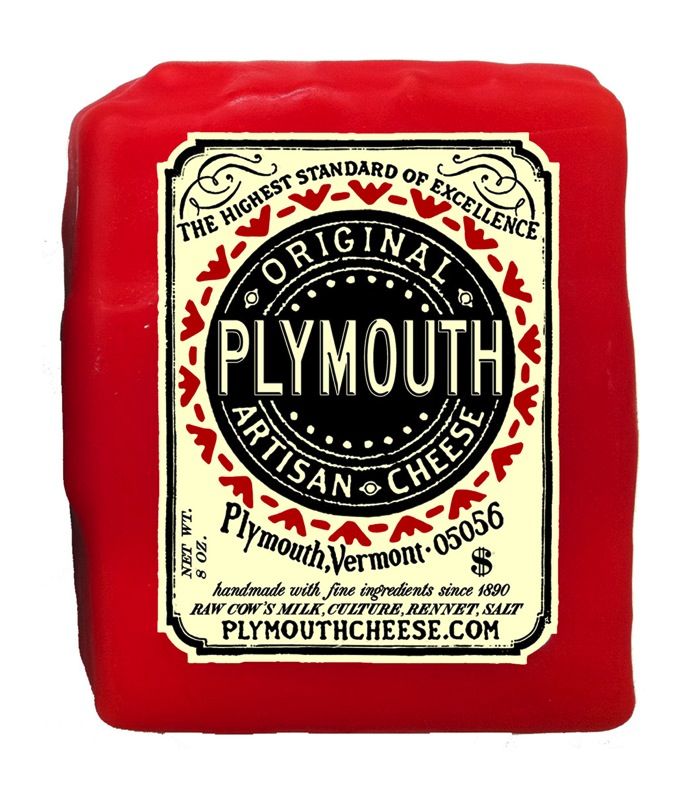 Grace's Choice is a new cheese at Plymouth Artisan Cheese...It is a cave aged wheel of cheese, also an original recipe.  It just won a gold medal at the 2013 Big E cheese competition in the Washed Rind category. Grace's Choice is named after Grace Coolidge, Calvin's wife. The style is 1920's deco, featuring young Grace as a discerning flapper. 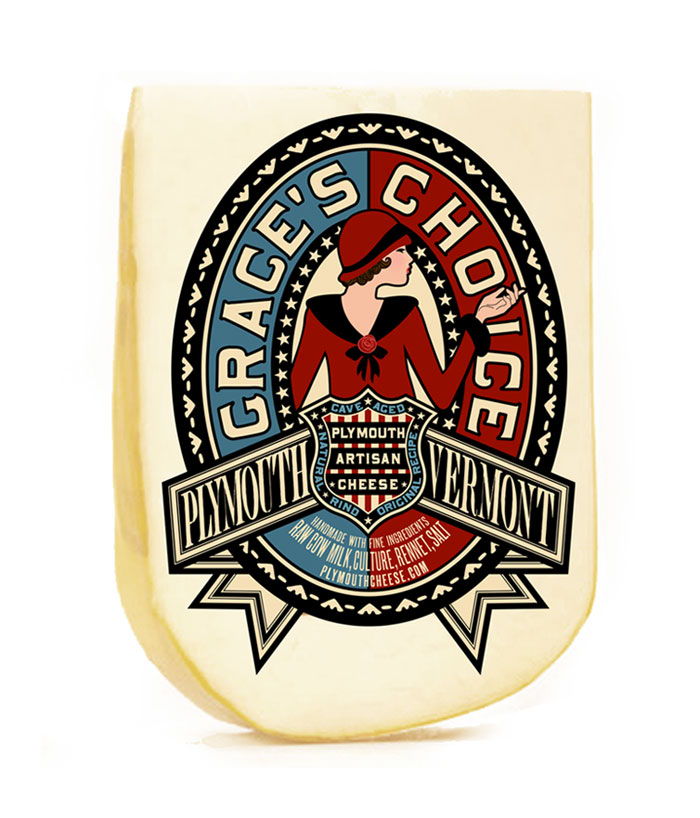 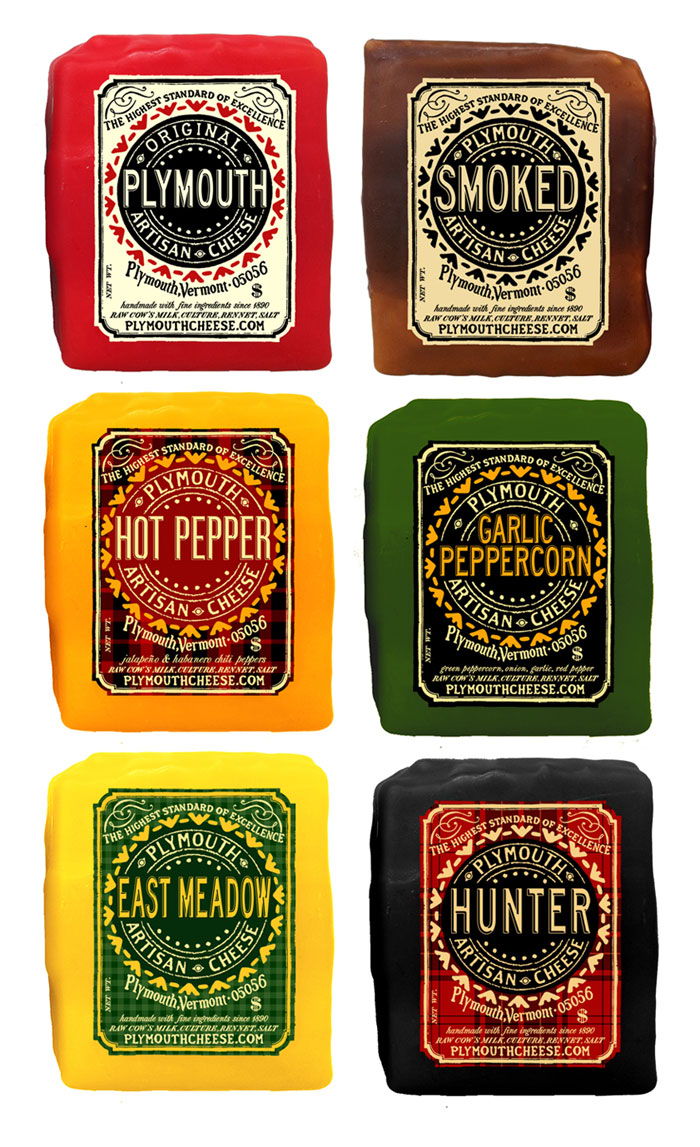 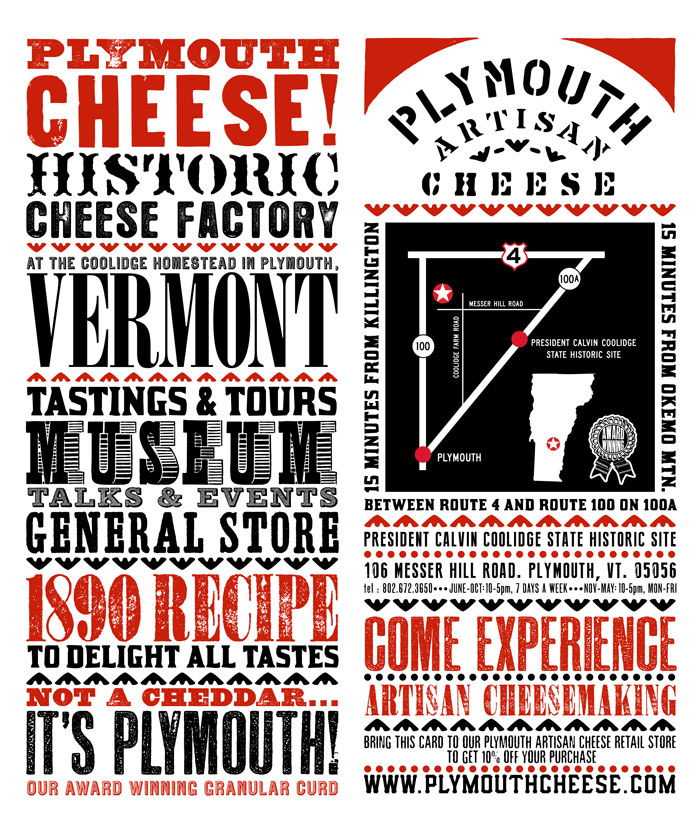