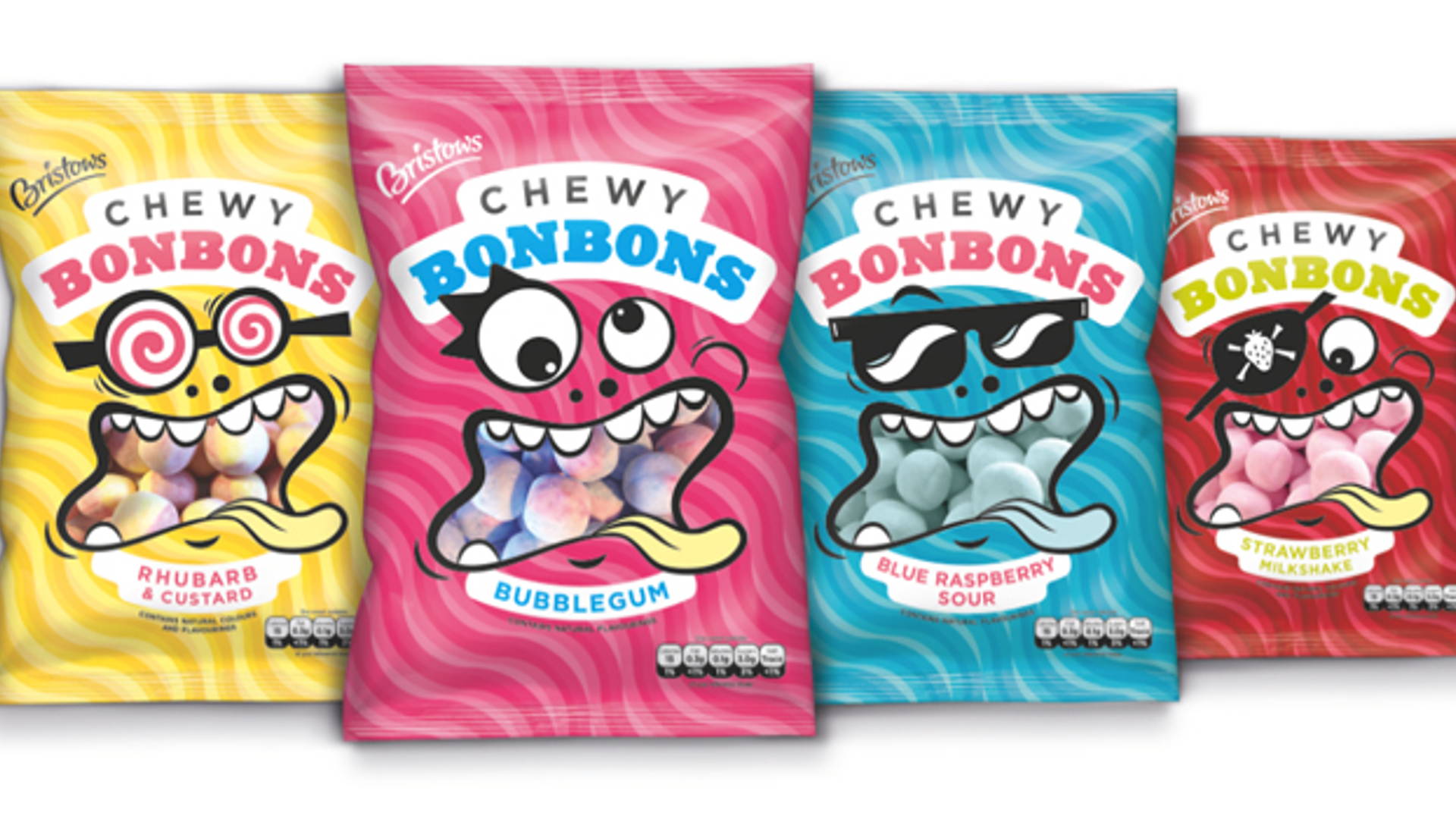 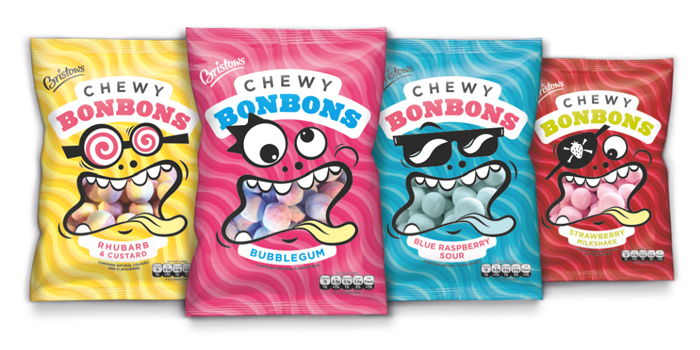 "First it was the ‘suck’ now it’s all about the ‘chew’… Hot on the heels of the hugely successful design and campaign for Bristows Traditional Bonbons, Aesop – the brand storytelling agency has come up with an eye-catching, high-impact approach for Bristows Chewy Bonbons.

And because every good story needs great characters, Aesop has created a collection of weird, wacky and wonderful examples – each representative of the four flavour variants; Bubblegum, Strawberry Milkshake, Rhubarb & Custard and Blue Raspberry Sour."

"Set against a glossy, vibrant, psychedelic backdrop, each zany character is very much the star of the pack – with the large mouth doubling up as the pack window, highlighting the chewy eating experience.

Martin Grimer, Executive Creative Director, Aesop says: “We had great fun with this campaign – it’s not every day that you get your new business director gurning for a living! The Chewy Bonbons are aimed at a younger audience so the design needed to be colourful and fun and engaging. It was also vital that both the design and the campaign communicate the chewy experience and flavour hit”.

The work for Chewy Bonbons is part of an ongoing integrated campaign by Aesop for Bristows and includes packaging, POS and print." 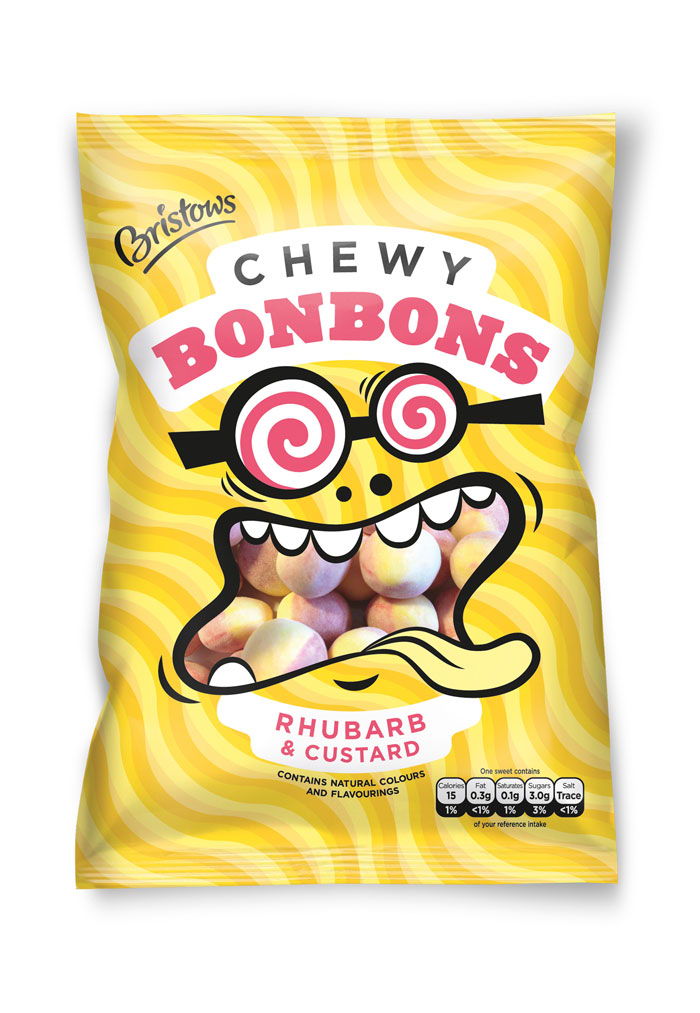 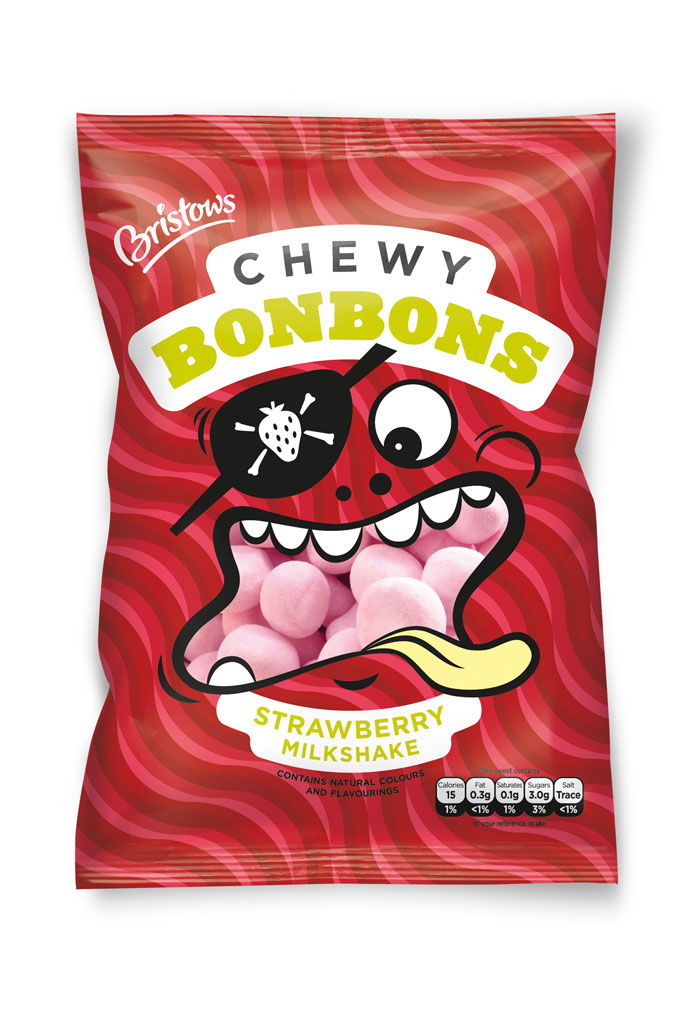 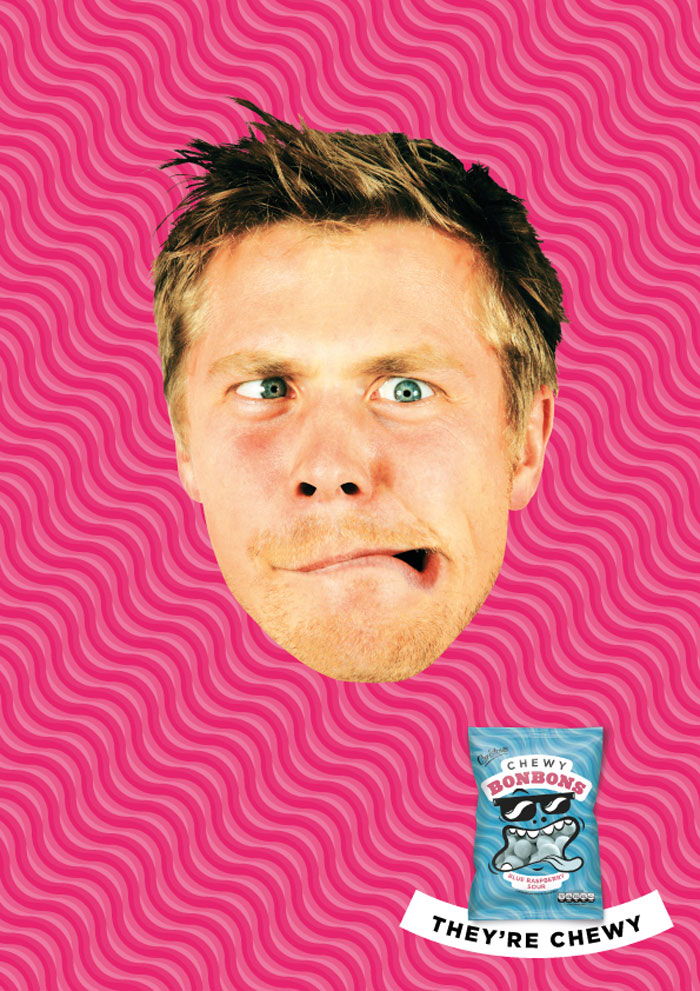