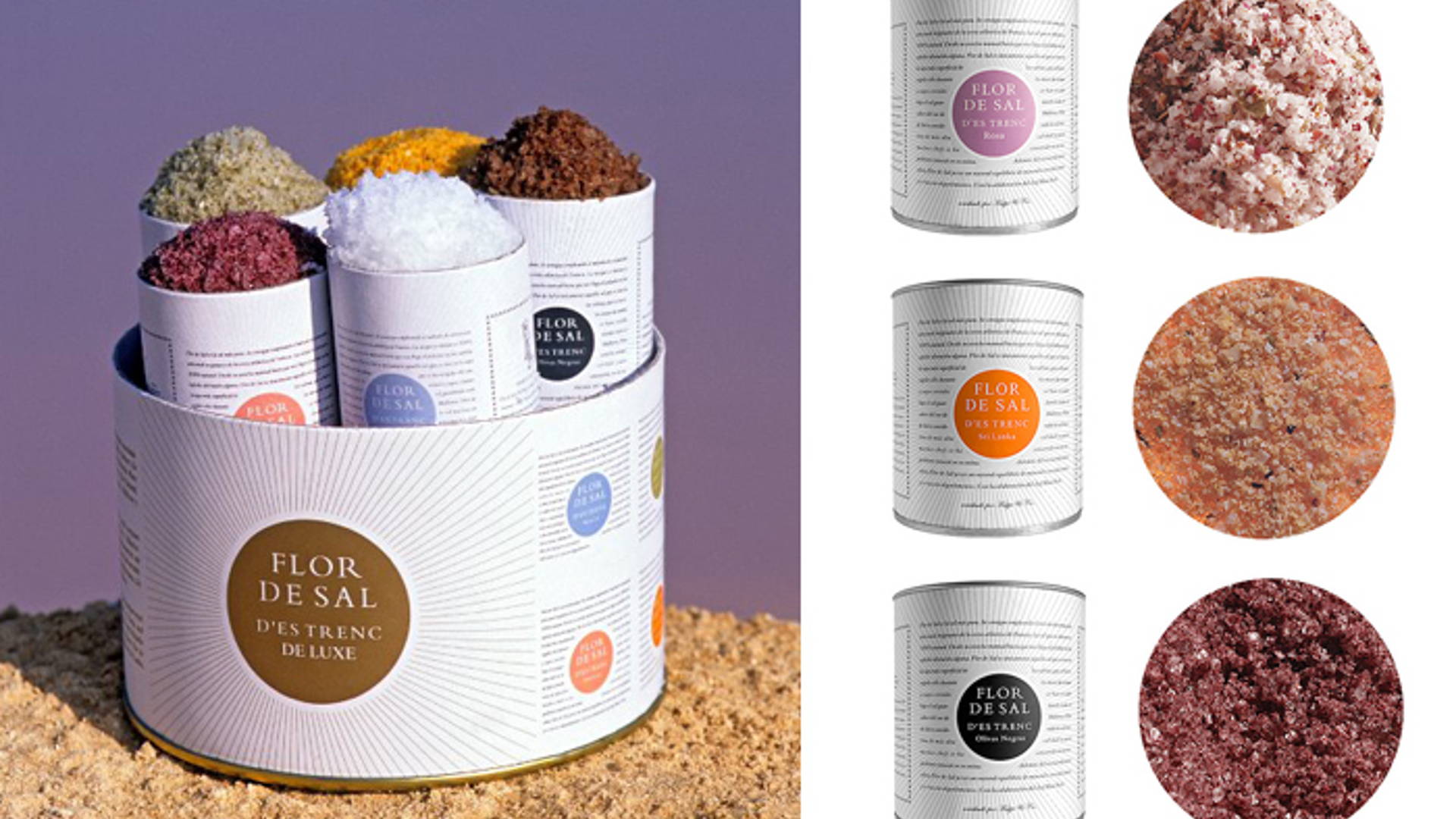 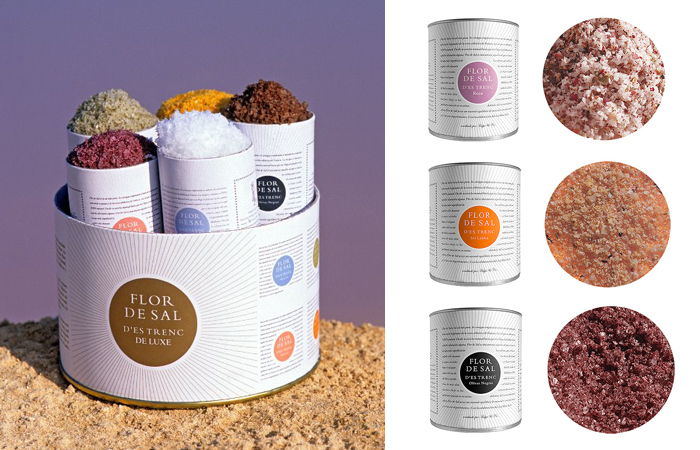 Salt is probably the most ancient condiment used by Mankind. The Romans and Phoenicians used to collect sea salt from the beach of Es Trenc Beach in Spain. The location was not chosen at random. This natural 3.5 km long beach on the southeast of Mallorca, Spain is one of the most unspoiled beauty spots in the Balearic Islands. During the mid-20th century, the Salt Flats of Es Trenc were the center of much activity for salt producers in the area. Since then the tradition has continued. Sea salt is harvested from the surface of crystalline waters (irrigated by flats on the beach) that are bathed by summer sunshine until the salt is dried - this is the way the precious crystals of Flor de Sal d'Estrenc are formed. It is due to this natural and perfected way that Flor de Sal d'Extrenc packaging is designed - white to represent cleanliness and a touch of color as seen in the waters of Es Tranc Beach. 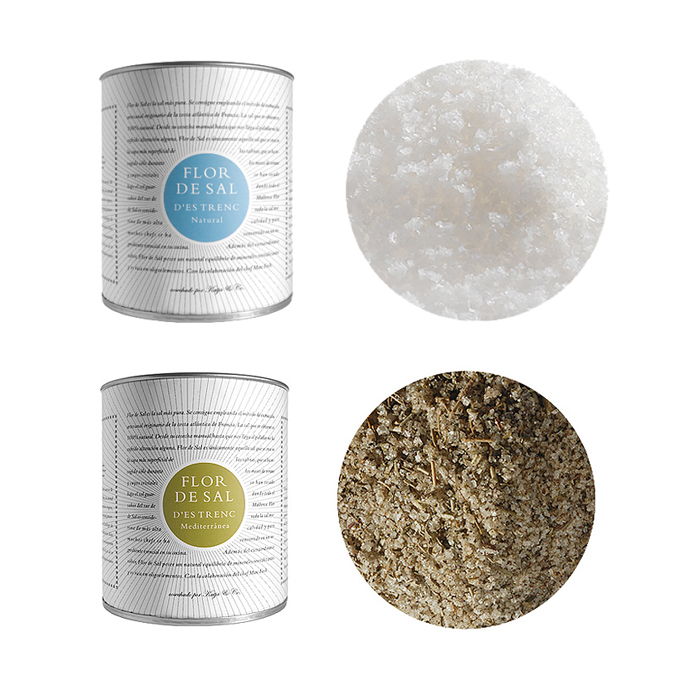 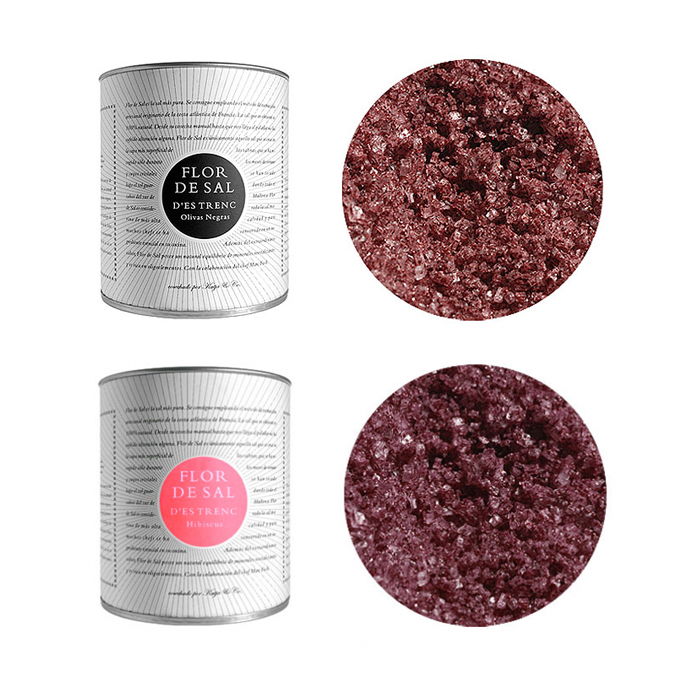 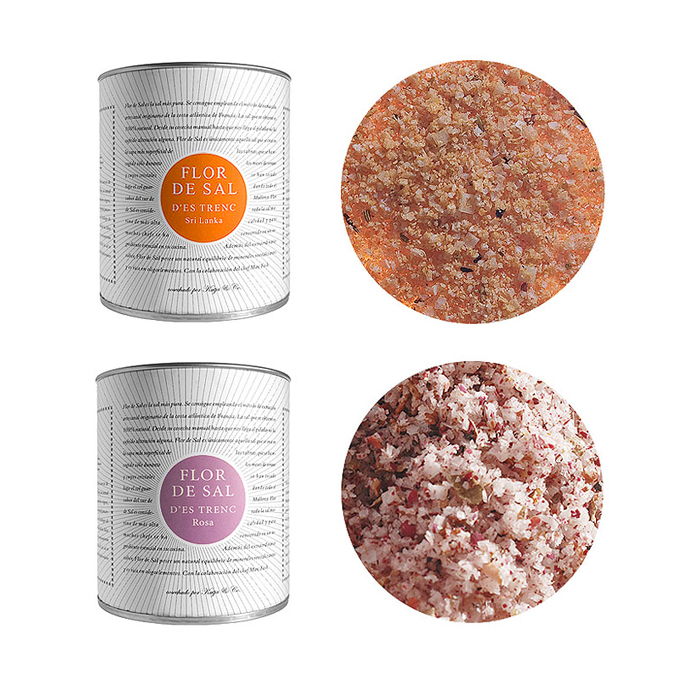 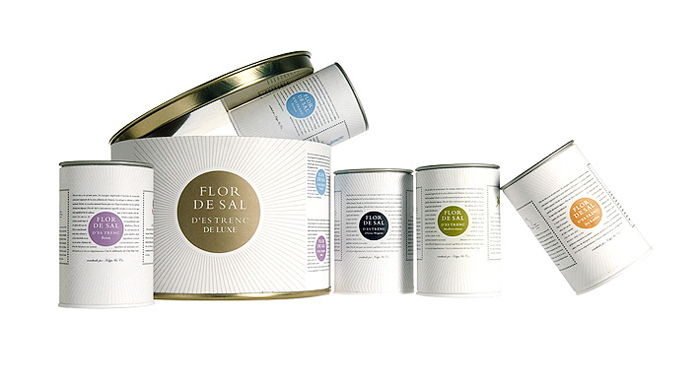 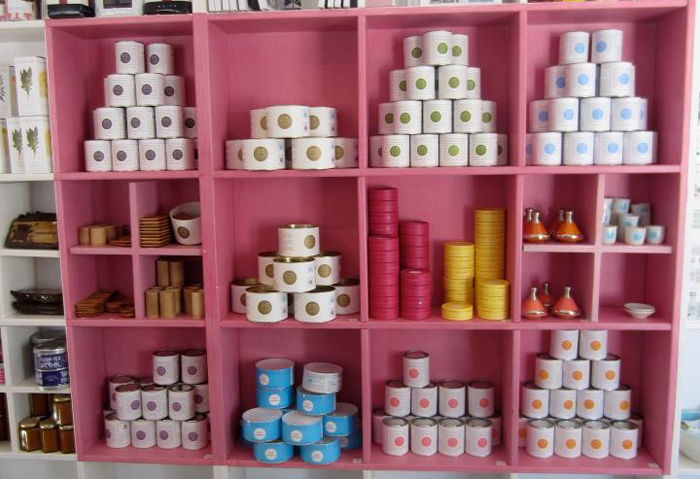 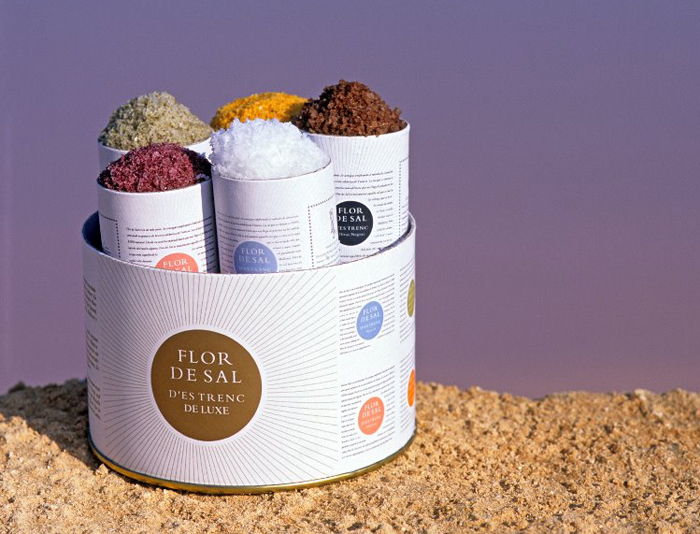