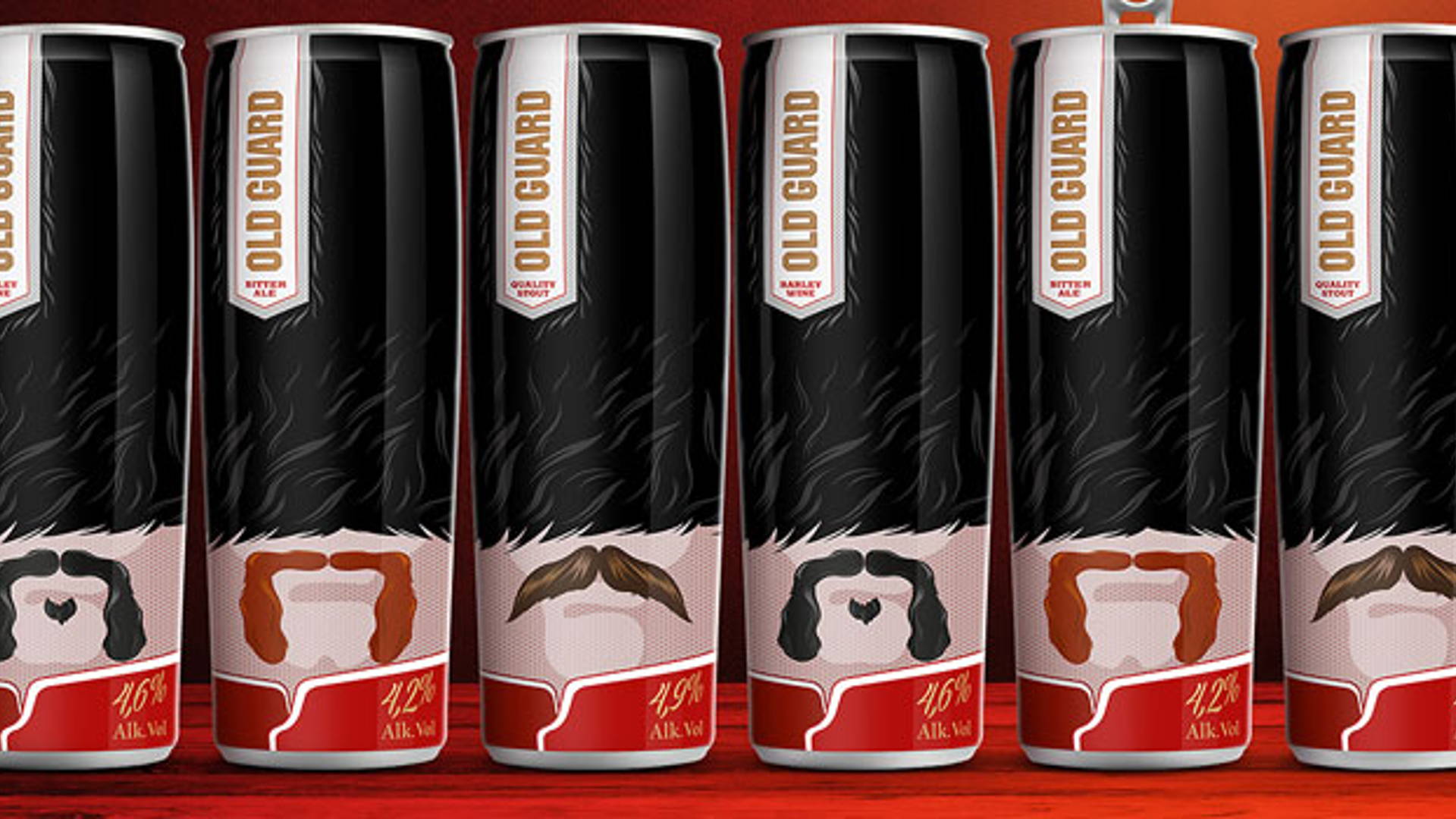 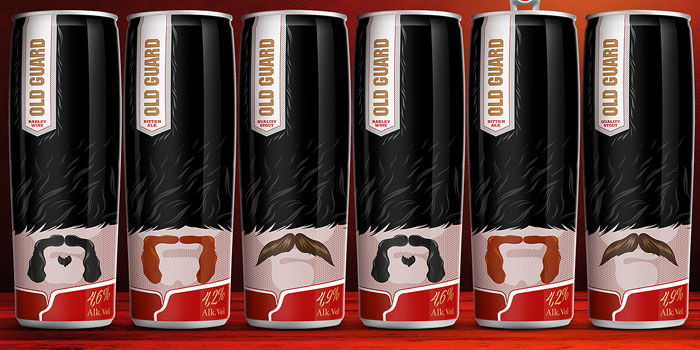 Black bearskins and red uniforms, austere faces and spectacular ceremonies of the guard mount - a world wide, re known image of an English Guardsman. Viewpoint took inspiration from that imagery and worked out the visual conception of an English beer for the Russian market.

Differentiation between each brew is indicated by the form and color of the moustache of each guardsman – which also gives distinction to each character. 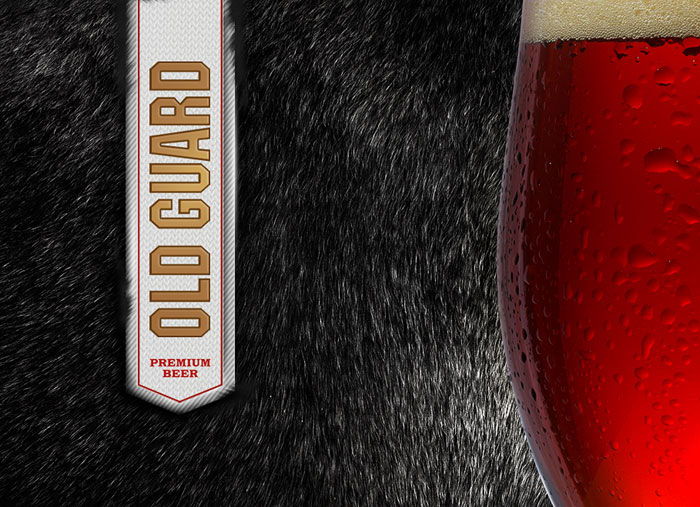 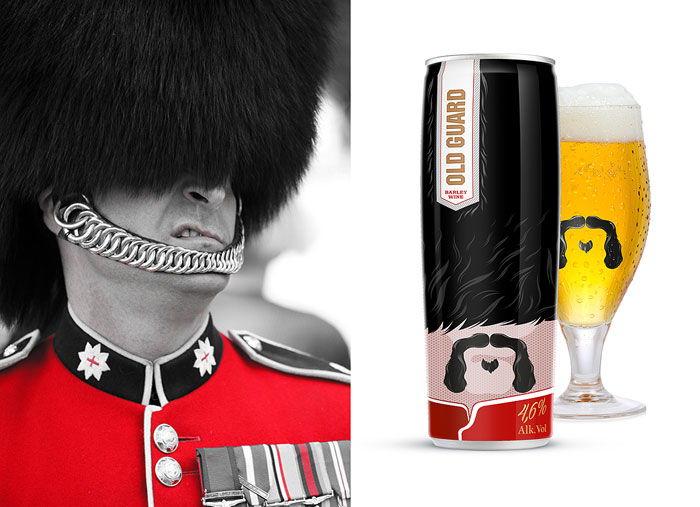 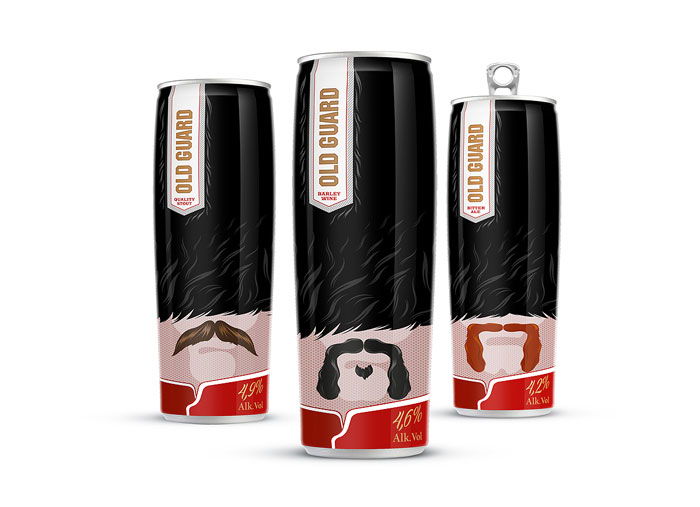 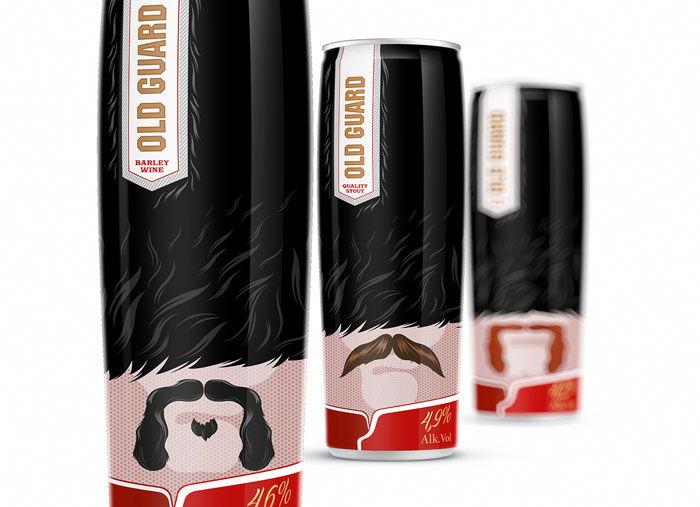 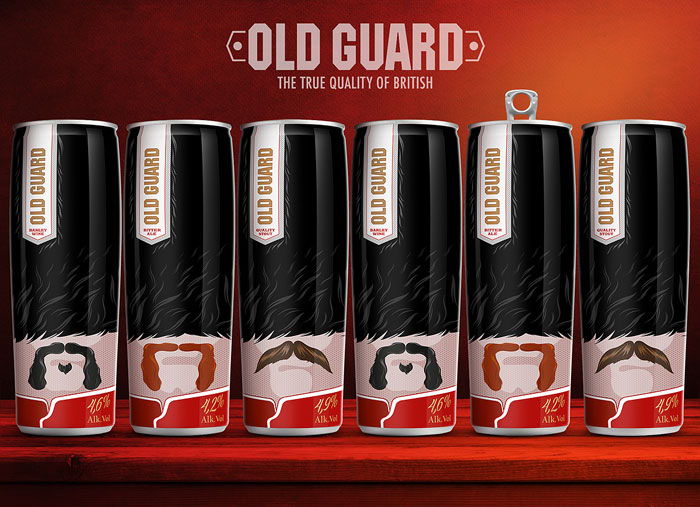