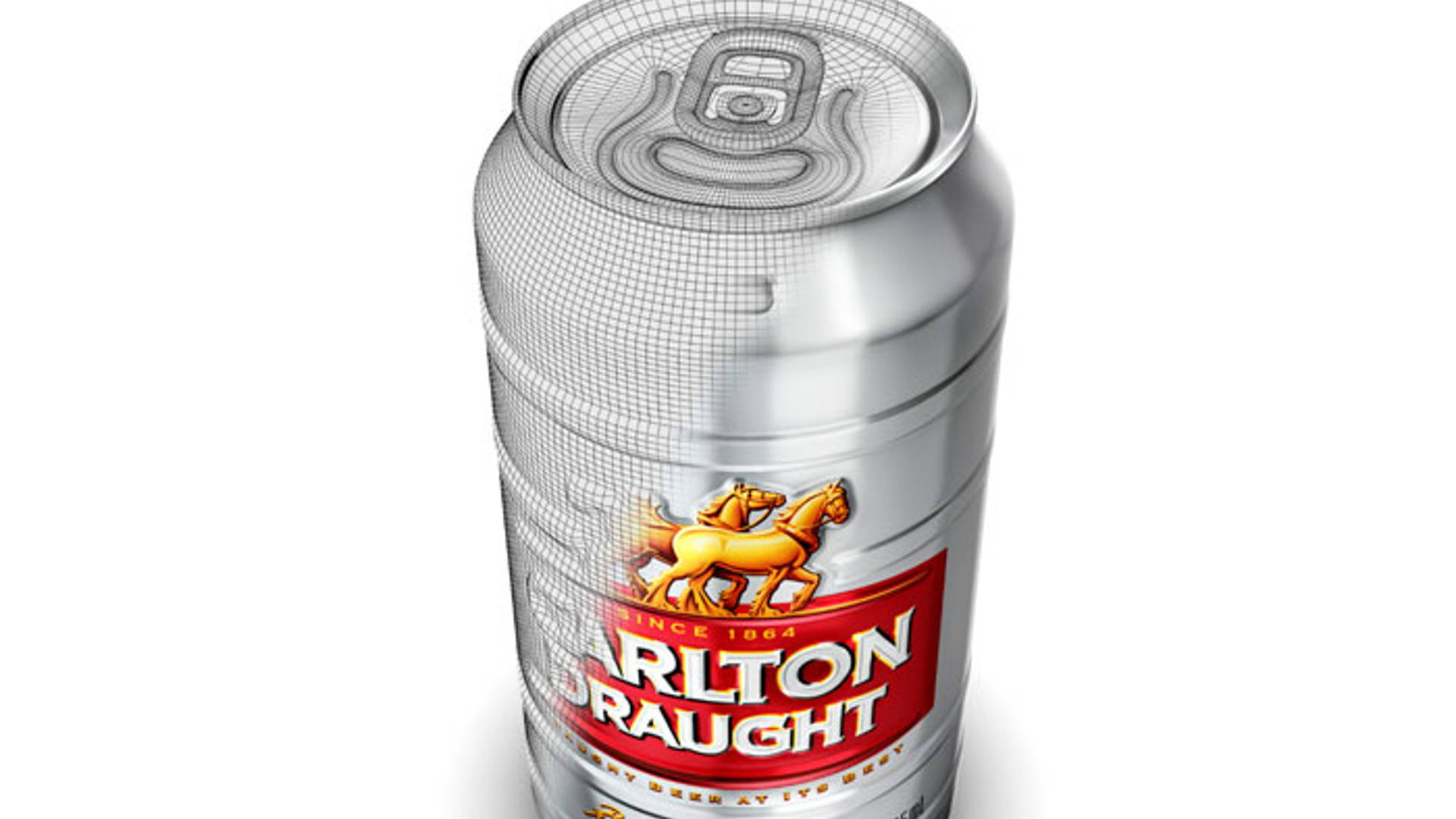 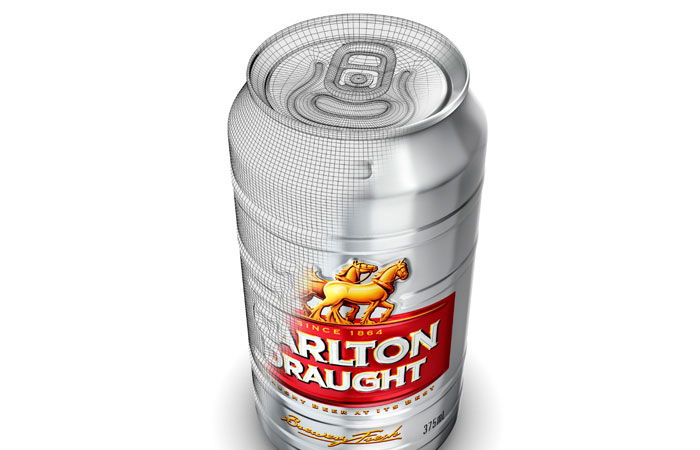 Building on the brand's well established 'brewery fresh' positioning, Cowan Melbourne has redesigned the Carlton Draught can to allow consumers to bring the Aussie pub experience into their own homes. The project was born out of a desire for the brand team to make the most of recent developments in high volume can embellishment capabilities within Carlton & United Breweries' (CUB) supplier Amcor, to which Cowan was provided a technical spec sheet and an open creative brief to design the new can.

'It's so exciting to be able to work with new technologies" says James McDermid, head of 3D at Cowan, "The freedom to explore and push the boundaries of what's creatively possible for the brand is always a fantastic challenge'.

'As usual though with a new fabrication process, there were challenges during the can's development. The design had to go through a few tweaks and adjustments to allow the embossing tool to work effectively. Fortunately the nature of the original design helped greatly in overcoming some of the issues. For example, the 'hoops' that run horizontally around the can give both the visual impression of a full size beer keg and also help to reduce ovality [the tendency for the aluminium to squash during pressing]'

Given the distinctive design, new colour pallet and unique production process, the keg can was originally seen by CUB as more of a limited edition SKU of the popular Australian beer. However as enthusiasm and popularity of the shiny little keg grew it soon became apparent that it was so much more than that. The decision was made to have the Keg Can replace the entire existing line of 375ml Carlton Draught cans and be distributed nation wide. 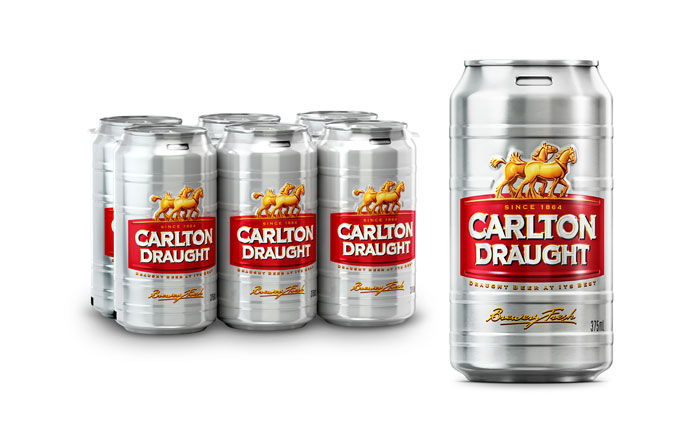 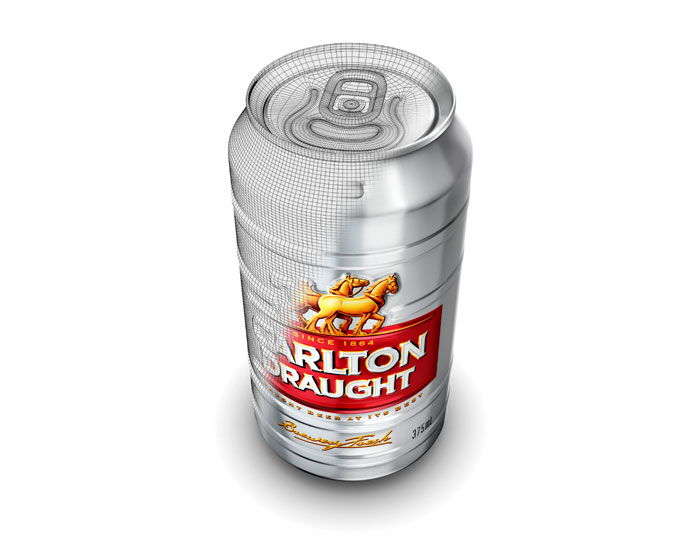