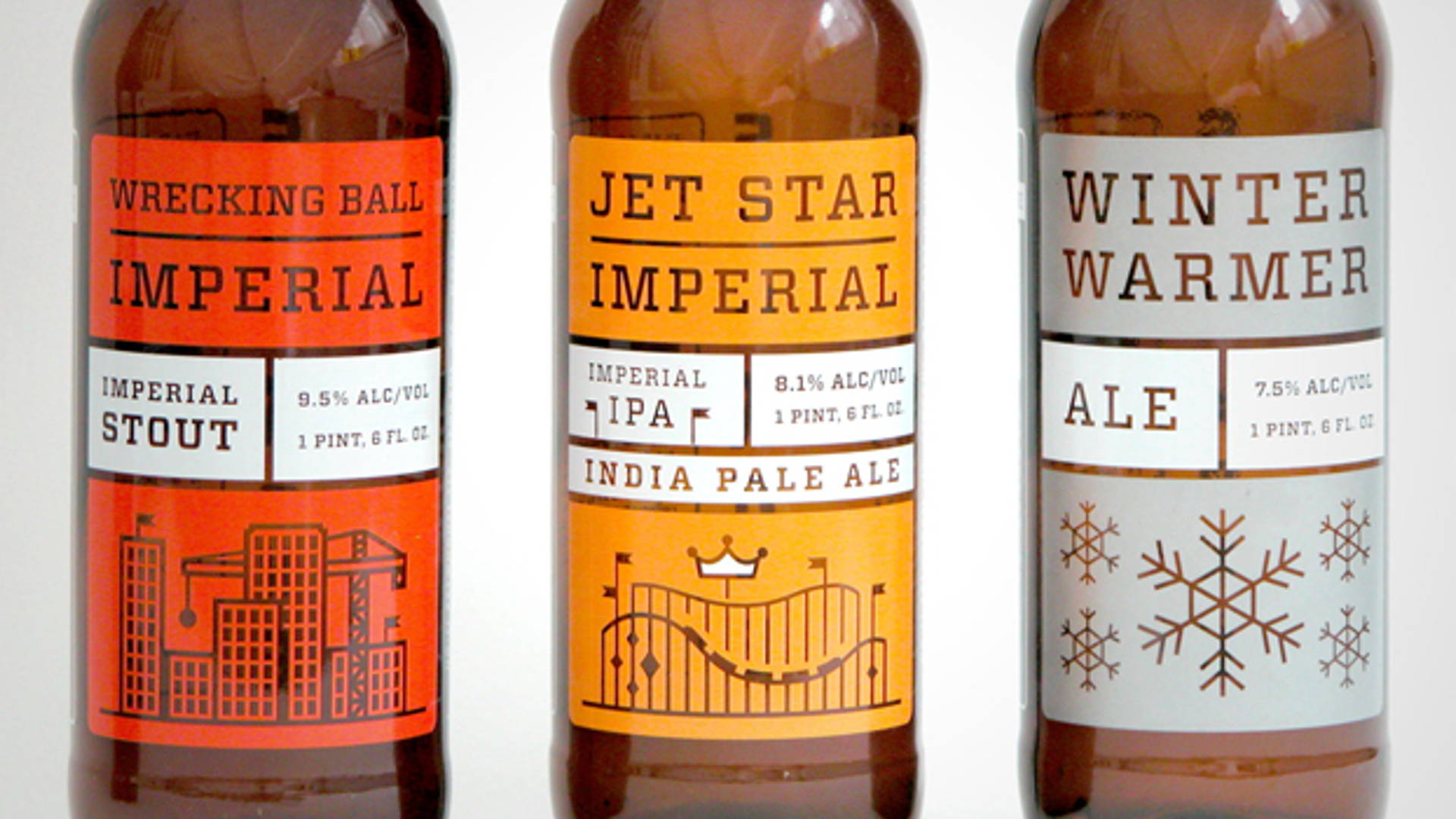 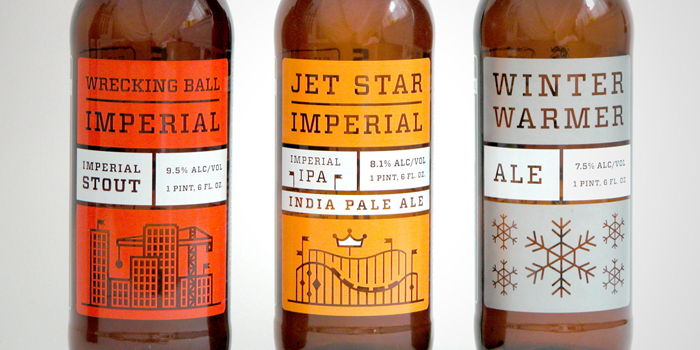 Back in September 2012 we featured Riley Cran's three No-Li Brewhouse bottles, a beautiful collection of screen printed bottles. Imperial Series (the latest additions) started as seasonal releases, but are now available all year round (with the exception of Winter Warmer, which was a winter seasonal).

The roller coaster themed "Jet Star" is inspired by the various amusement park rides at the 1974 Worlds Fair, held in the brewery's hometown of Spokane, Washington. "Wrecking Ball" - in name and concept - is a reference to the very intense Imperial Stout brew, which packs 9.5% alcohol.

As No-Li broadens its national distribution (now for sale in Seattle, Portland, Denver, Washington DC and elsewhere), No-Li Brewhouse is focused on creating beers that carry a piece of No-Li's Spokane heart out into the rest of the country in a relatable and characterful way.

Designed by Riley Cran, Vancouver, BC 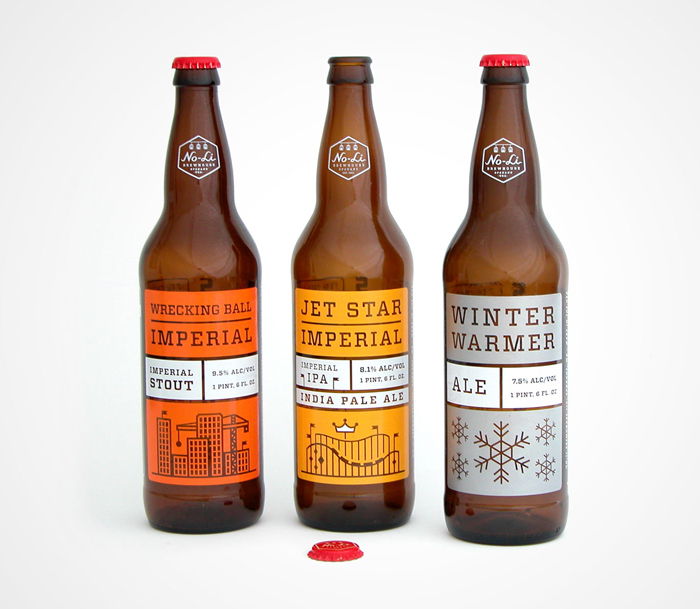 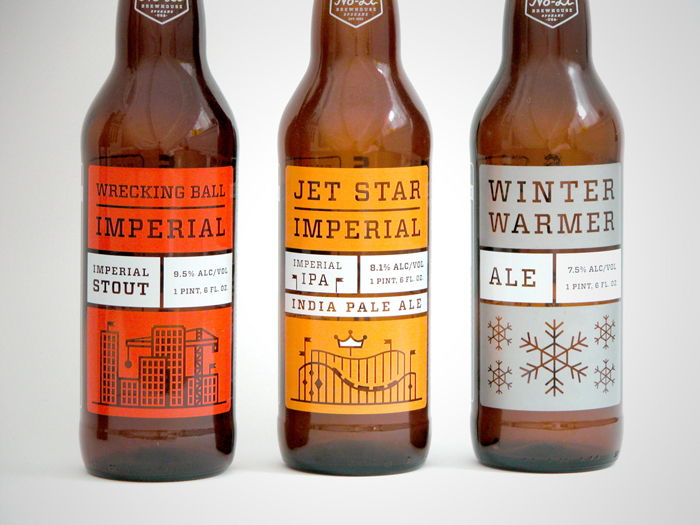 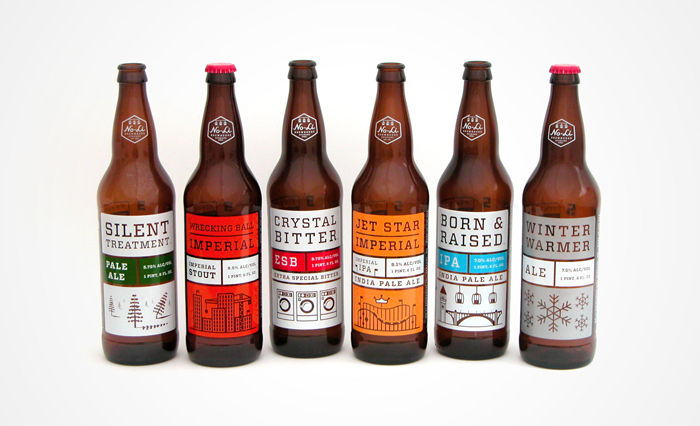