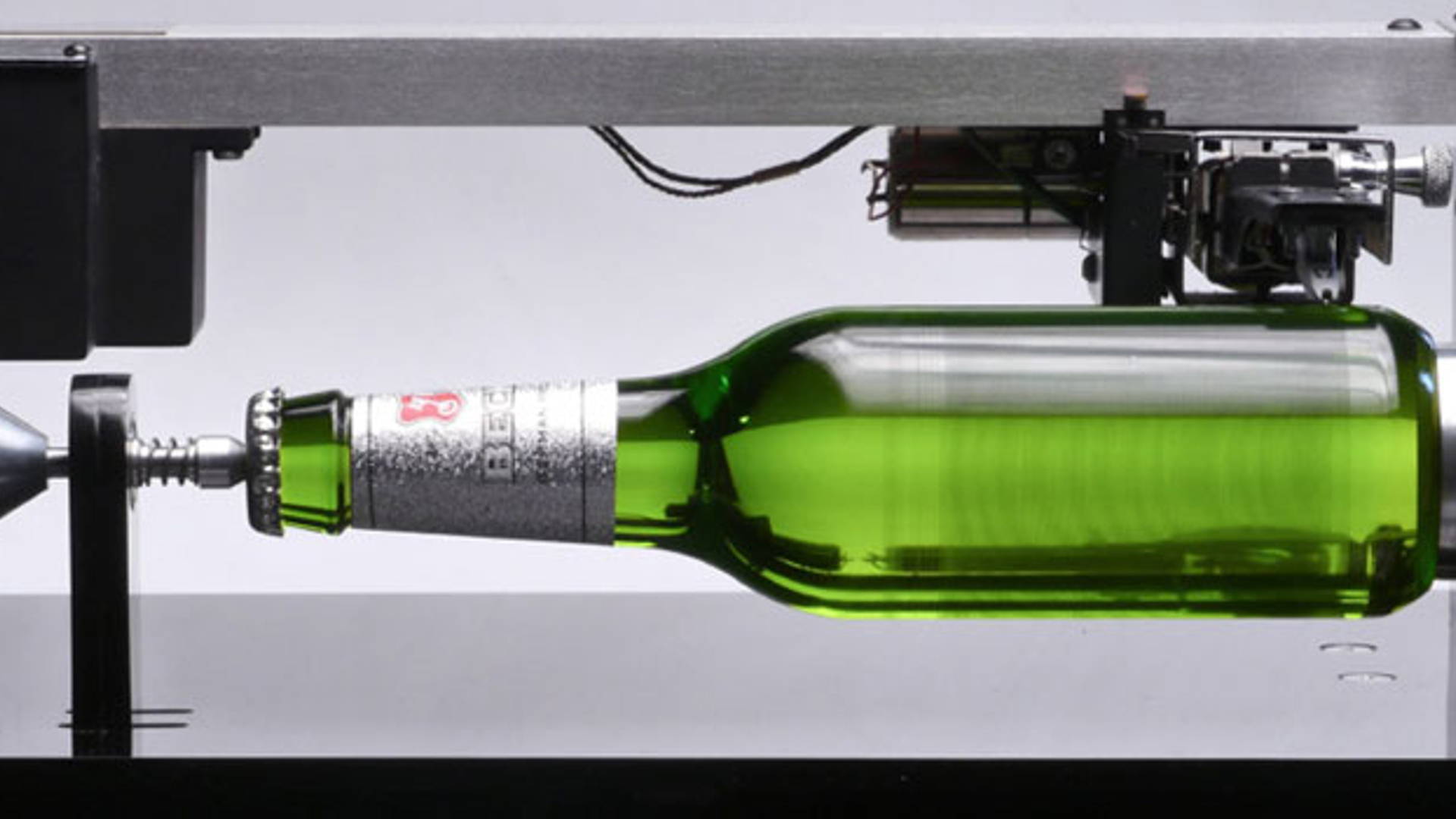 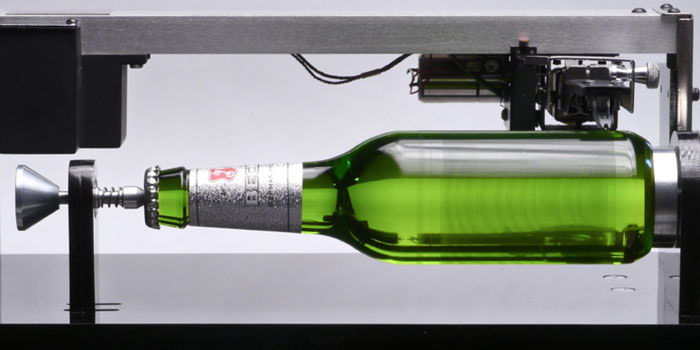 "19th Century technology meets 21st Century music over a bottle of beer in the latest extension to the Beck’s Record Label project. This time, the art label has evolved, and been replaced by the grooves of Auckland band Ghost Wave. Their new single was inscribed into the surface of a Beck’s beer bottle which could then be played on a specially-built device based on Thomas Edison’s original phonograph." See the Video and HEAR the bottle after the jump!

"Making the world’s first playable beer bottle was a formidable technical challenge. The clever people at Auckland firm Gyro Constructivists first had to design and build a record-cutting lathe, driven by a hard drive recording head. Then they reinvented Edison’s original cylinder player, using modern materials and electronics and built to very fine tolerances. The Edison Bottle made its public debut at SemiPermanent in Auckland in May to a standing ovation from the assembled media and design community.

Beck’s has had a long association with music and art. In fact, at about the same time Heinrich Beck was brewing his first beer in the 1870s, Tom Edison was tinkering away on designs for the first phonograph. Considering how beer has influenced recorded music since then, this physical collaboration was very appropriate and long overdue."

The Beck's Edison Bottle from Shine Limited on Vimeo. 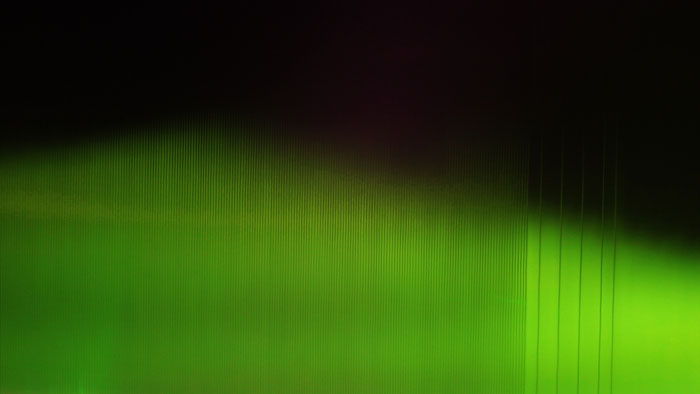 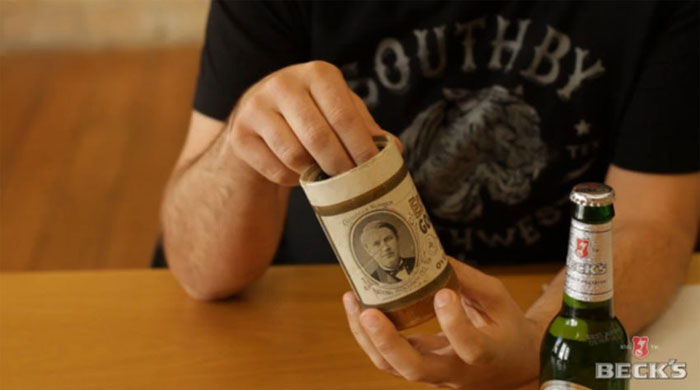 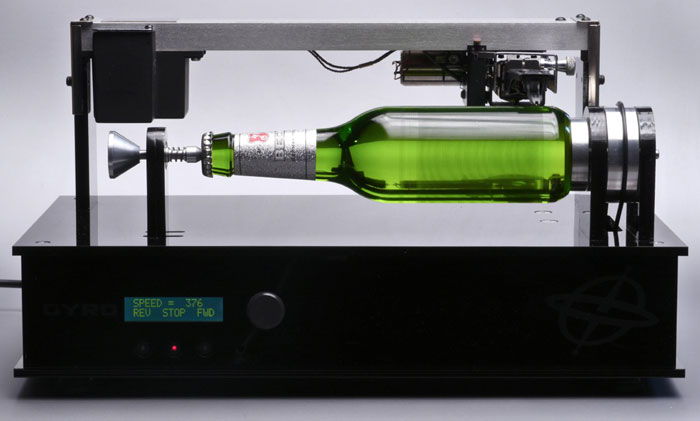 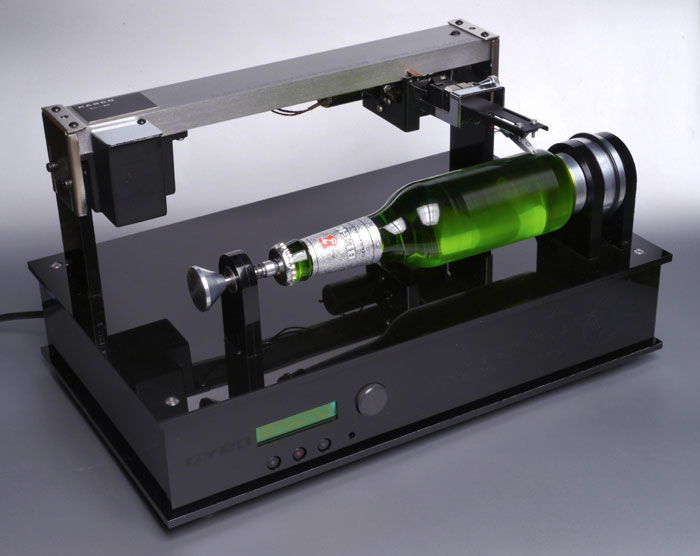