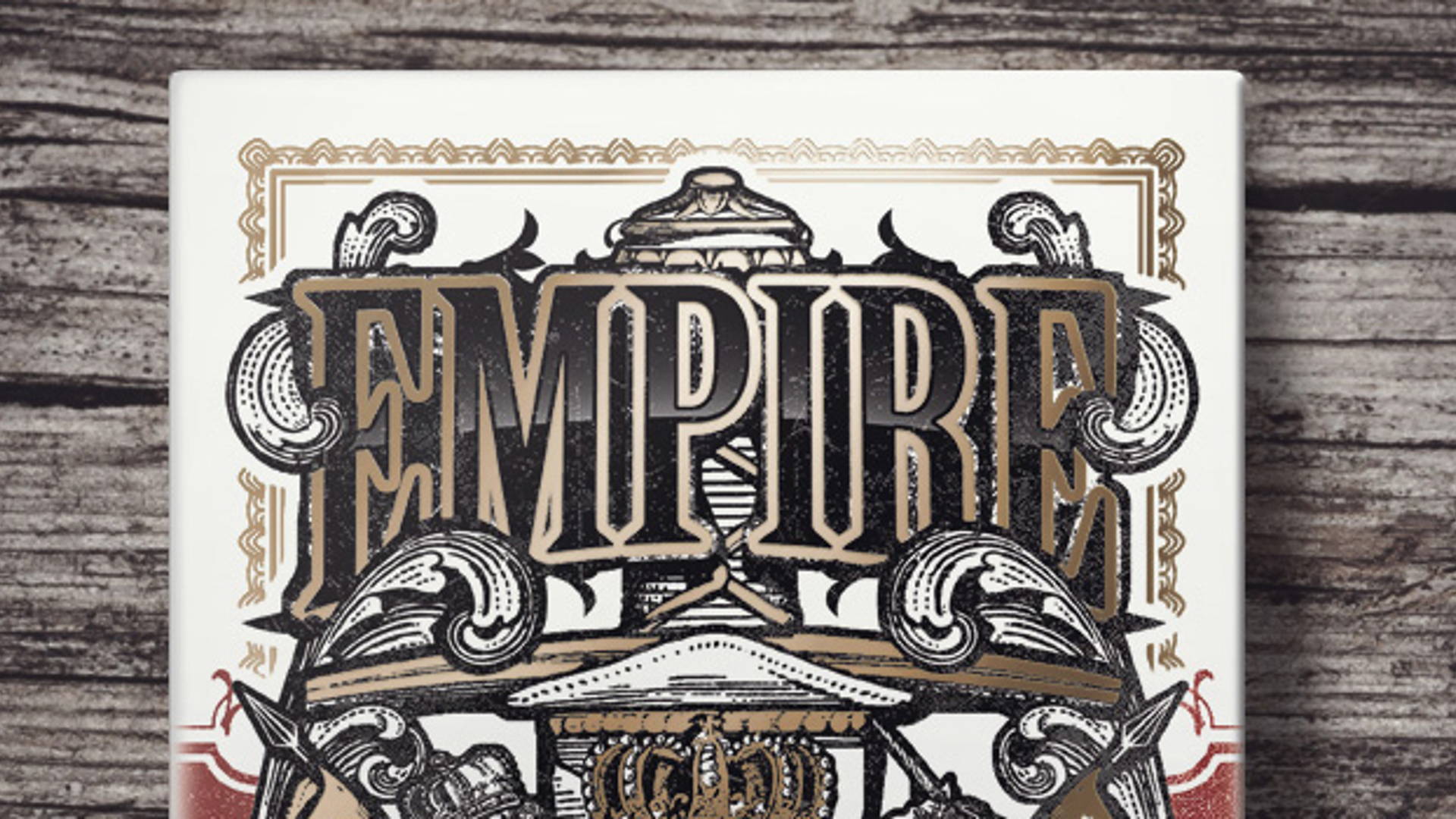 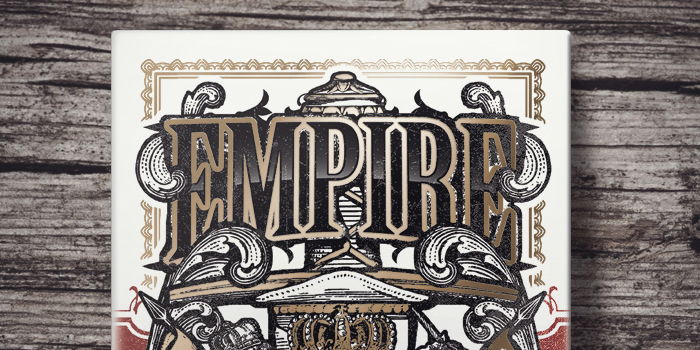 "Lee McKenzie has designed a custom deck of luxury playing cards called Empire. It's a bold, commanding design and yet infinitaly intricate and elegant. A deck of cards built to conquer."

"It will be eventually be printed by the United States Playing Card Company on the finest grade casino paper stock. The box will be gold foil stamped, embossed and will also feature an imperial, scarlet interior with hidden details.

I've been a designer creating playing cards for a magic company called Ellusionist, but Empire is a step in a new direction a deck of my very own. 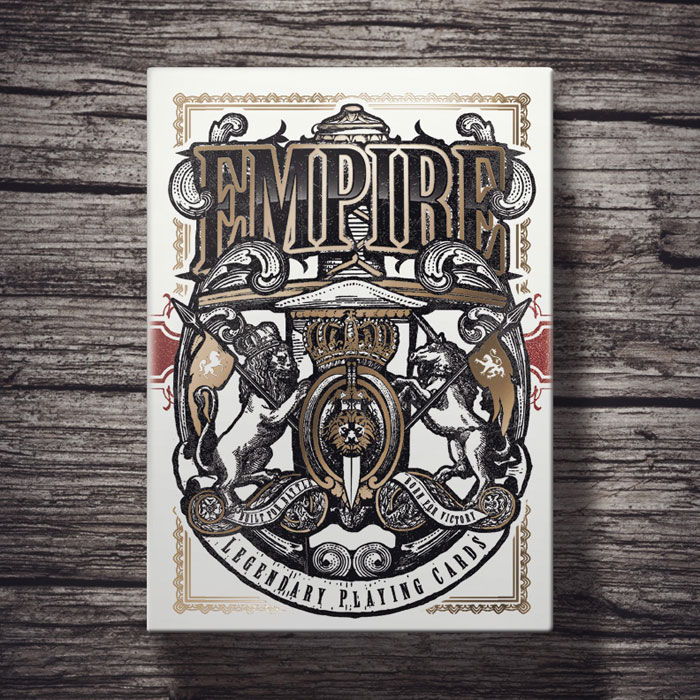 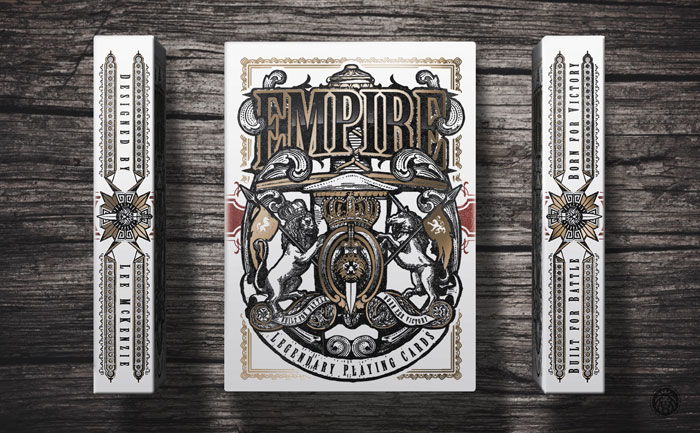 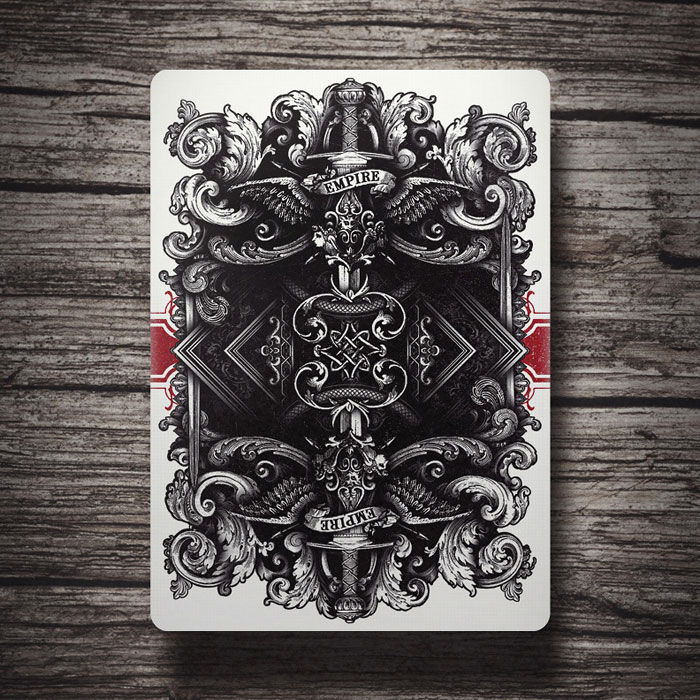