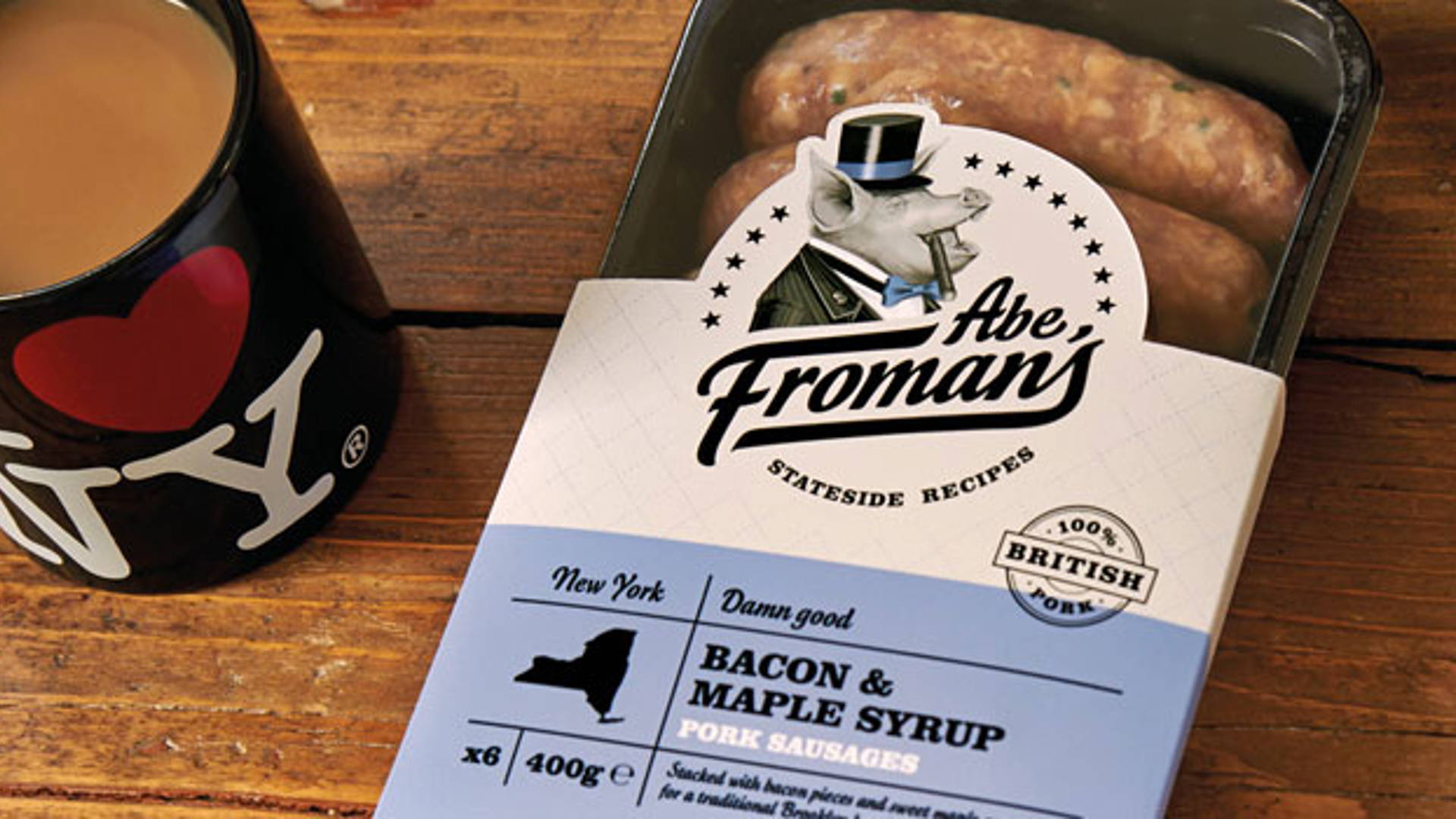 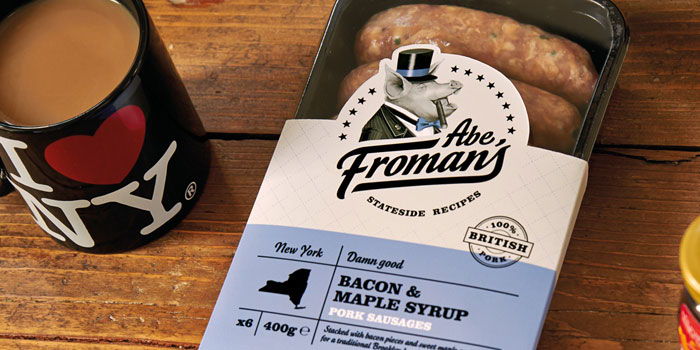 "Anyone who saw the 1986 coming of age movie Ferris Bueller's Day Off, will know just how important Abe Froman was to the sausage producing industry of Chicago." In collcaboration with rebound branding consultancy Robot Food, Abe presents us with a brand new range of sausages, Named Stateside Recipes, the product line-up celebrates flavours from many of the 50 states.

"Although a private man, Abe was a tenacious and powerful food industry magnate. From humble beginnings as a butcher shop apprentice, he went on to dominate sausage production in the northern states. Often referred to as "the sausage king of Chicago" he foolishly diverted attention, investing heavily on the stock market, loosing most of his fortune in a one day 1987 market crash, known as Black Monday.Now, thanks to a reinvention in collaboration with rebound branding consultancy Robot Food, Abe is back and looking stronger than ever, with a brand new range of sausages. Named Stateside Recipes, the product line-up celebrates flavours from many of the 50 states.Robot Food developed the proposition, designing a strong identity that reflects Mr. Froman in his hay day. The consultancy also created the unique flavor combinations, backed up by regional on pack tone, and provenance marked by an icon which represents the relevant state."Logo illustration by Ryan Berkley from Portland, Oregon.Designed by Robot Food, Leeds 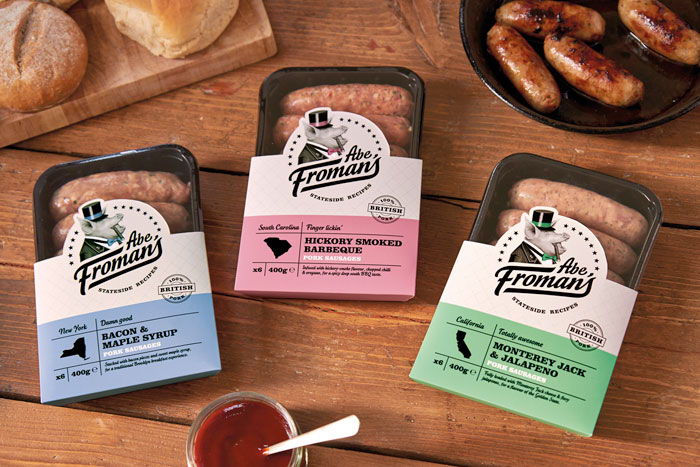 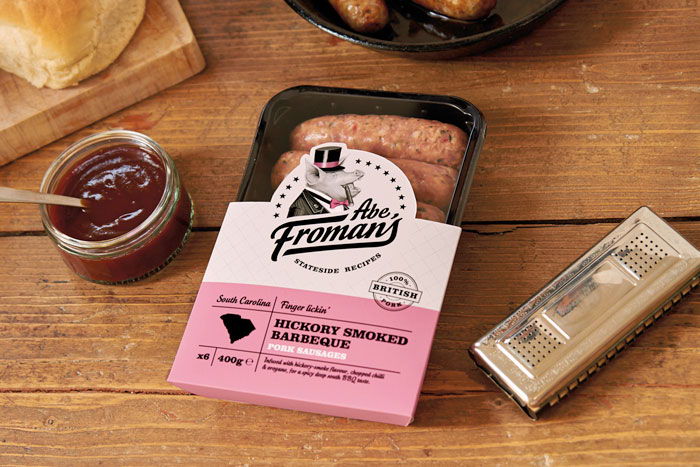 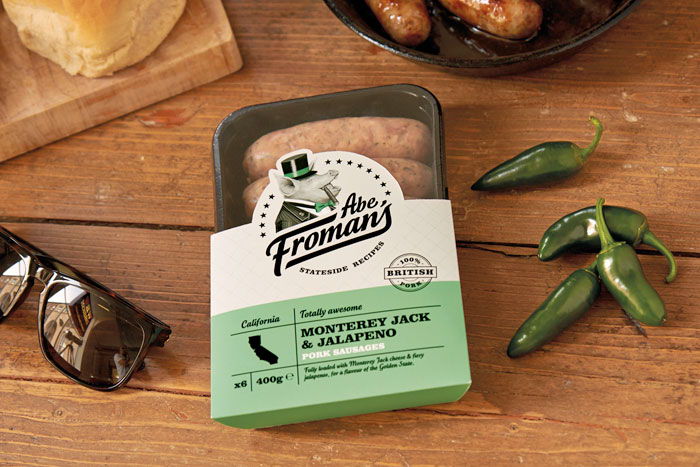 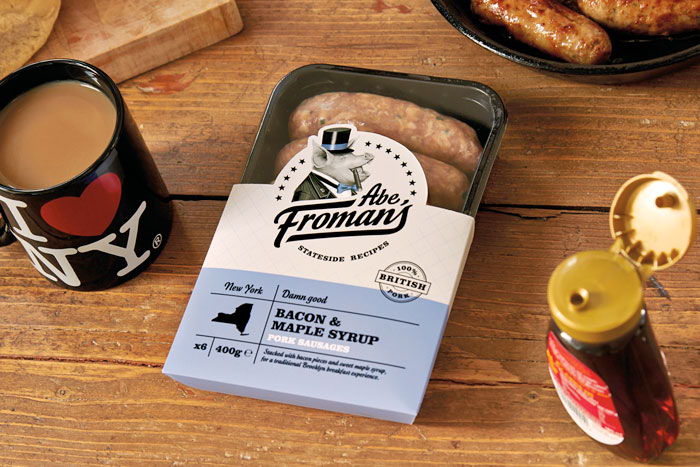 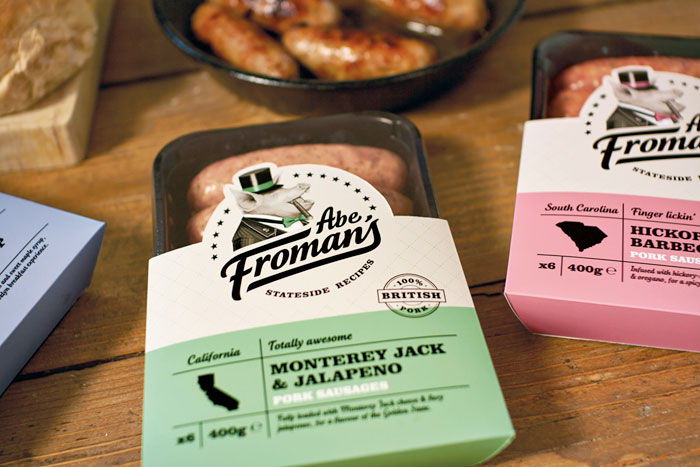 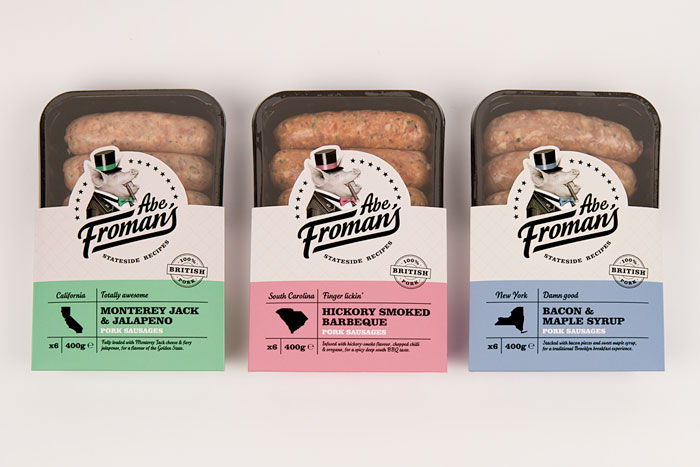