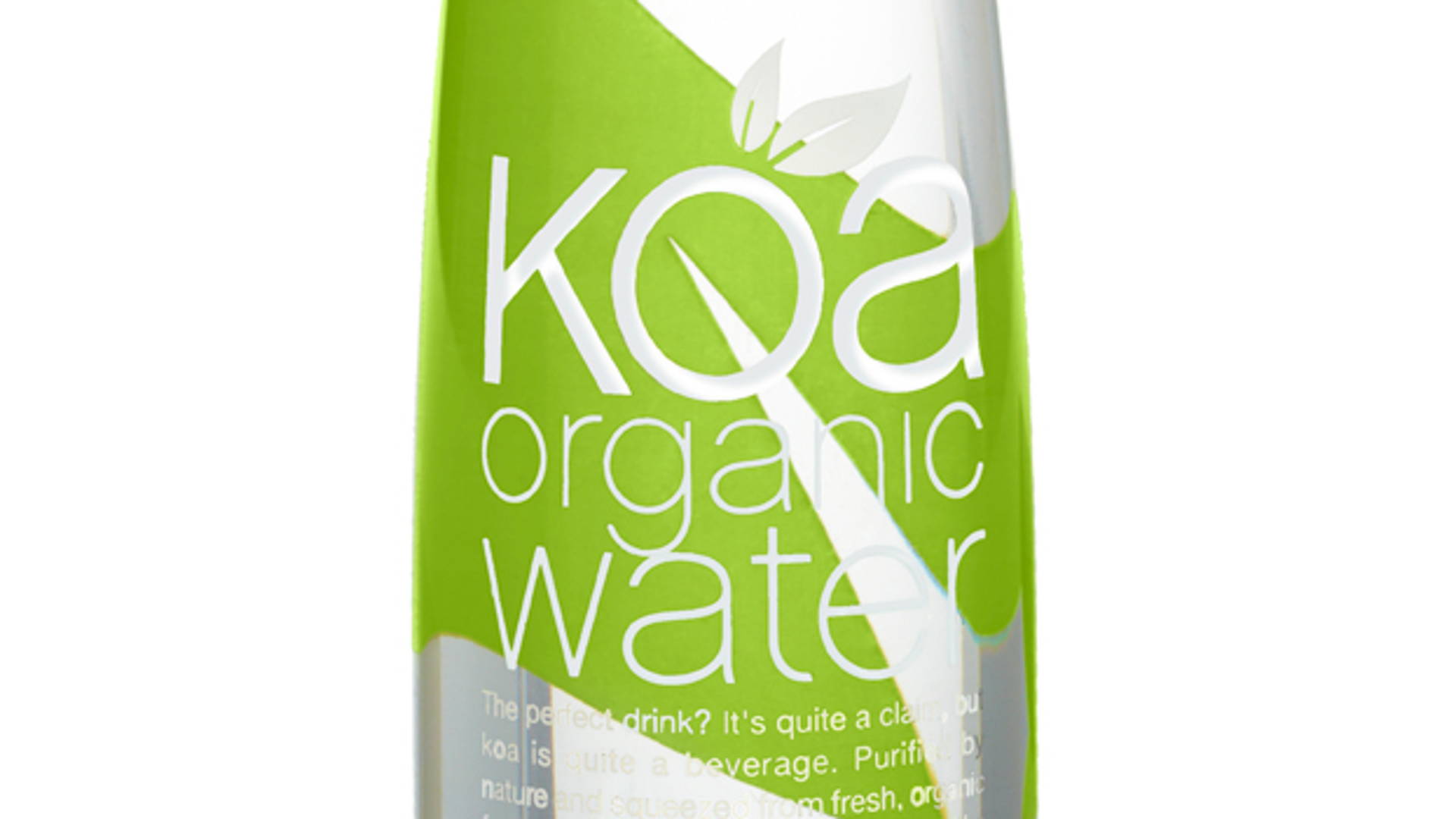 "Koa was designed and inspired after the female form.  Long and elegant.  Smooth and sophisticated.  Its 12.7 oz frame was sculpted to fit perfectly in the average female hand and it weighs just the right amount to disappear into a woman’s purse.

Koa is made from Recyclable and Biodegradable PET, including the cap – It looks like glass because it is the thickest bottle ever produced in PET and has an almost glass-like durability.  Our idea was simple – we wanted a strong bottle that could be reused and stayed cold like glass but we wanted it to be shatterproof."

"Koa is one of the only PET beverage products we have seen that uses Embossed Screen Printing for the label.  As the logical pairing to our extra-thick bottle, the durable screen printing remains impervious even when soaked in an ice bucket and has a reflective, nail polish like quality.

The koa packaging is completed by a biodegradable linen freshness seal that was inspired by premium spirits, Italian soda, and aged port wines.  The seal stops precisely 1/3 down from the top of the bottle to draw the viewers’ attention from the taper, down the length of the bottle towards the logo.

The fresh color green was selected to convey the products roots as a fruit and vegetable based beverage.  The brightness of the green was chosen to remove the idea of flavor from the viewer’s mind – koa is juice but it tastes just like premium water.

Koa is housed in a box that is as unique as the product itself.  The box is made entirely from recycled materials and is also 100% biodegradable.  The bottles sit face up in the box on trays (3 trays of 5 bottles each) so the viewer can see the product when the box is opened.  The box has a simple foil emboss of the logo on the top.

The Koa bottle was designed as a partnership between the Koa Founders, BoomIsland, and Tractorbeam.

The koa box and supplemental materials were designed by the Koa Founders and Mark Crawford at Premier Packaging Dallas." 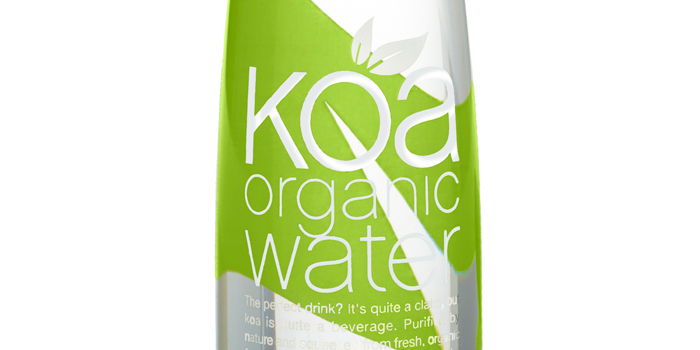 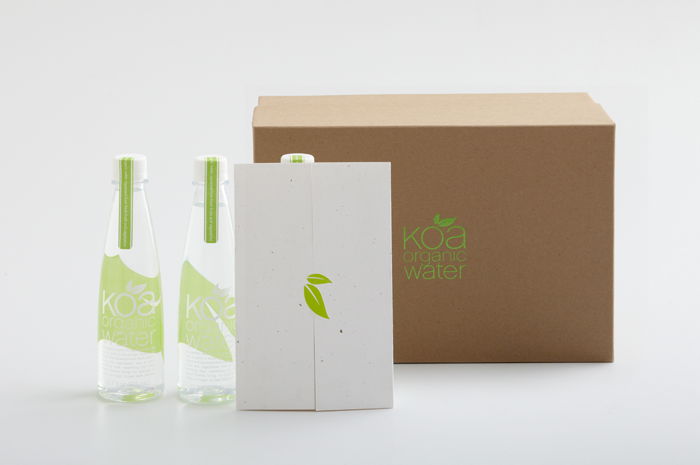 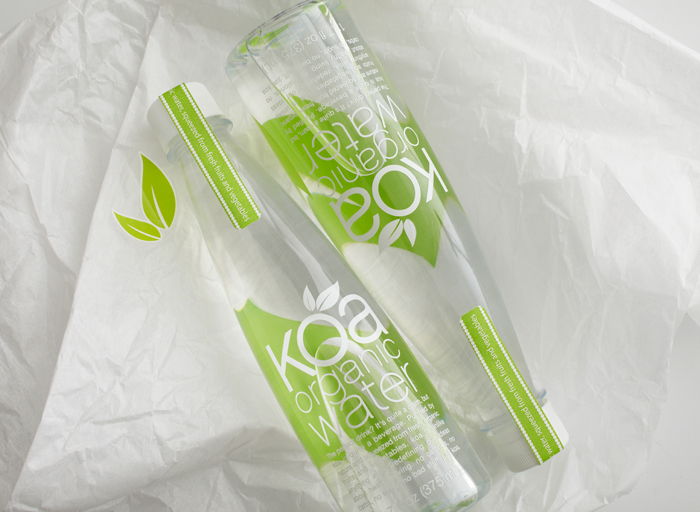 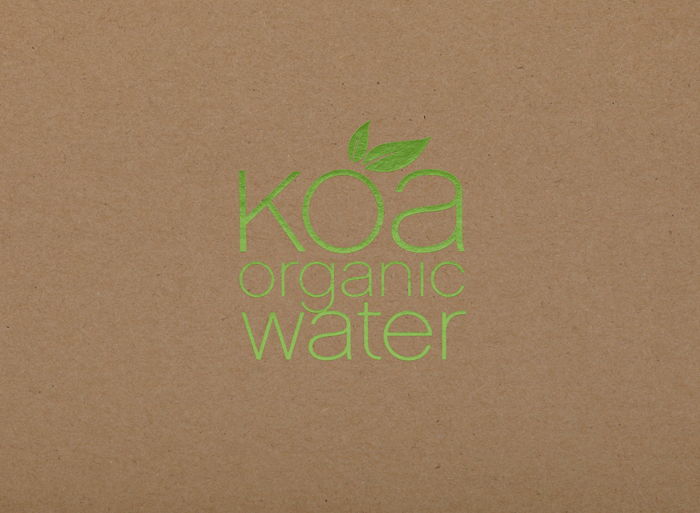 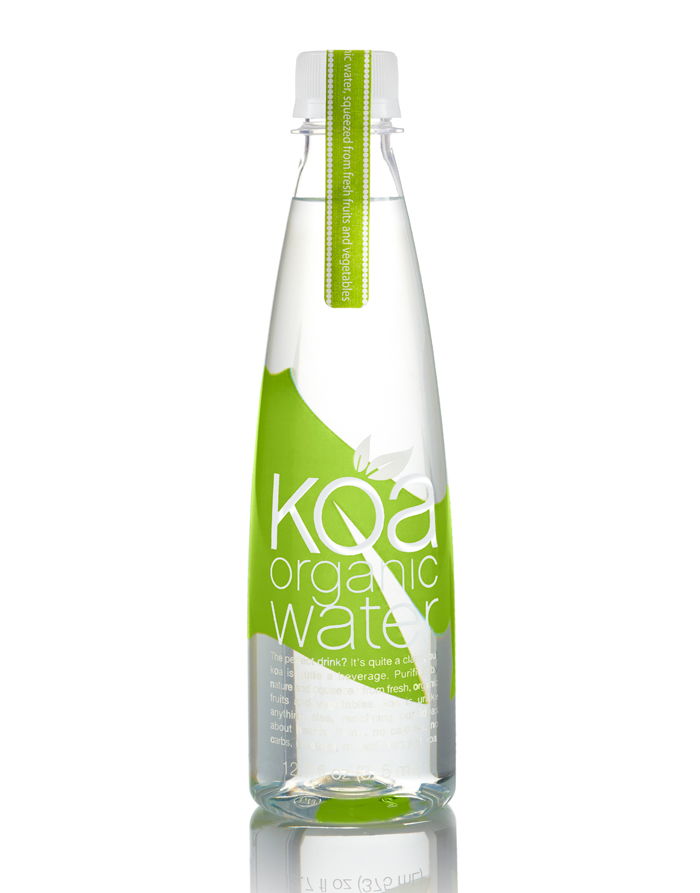